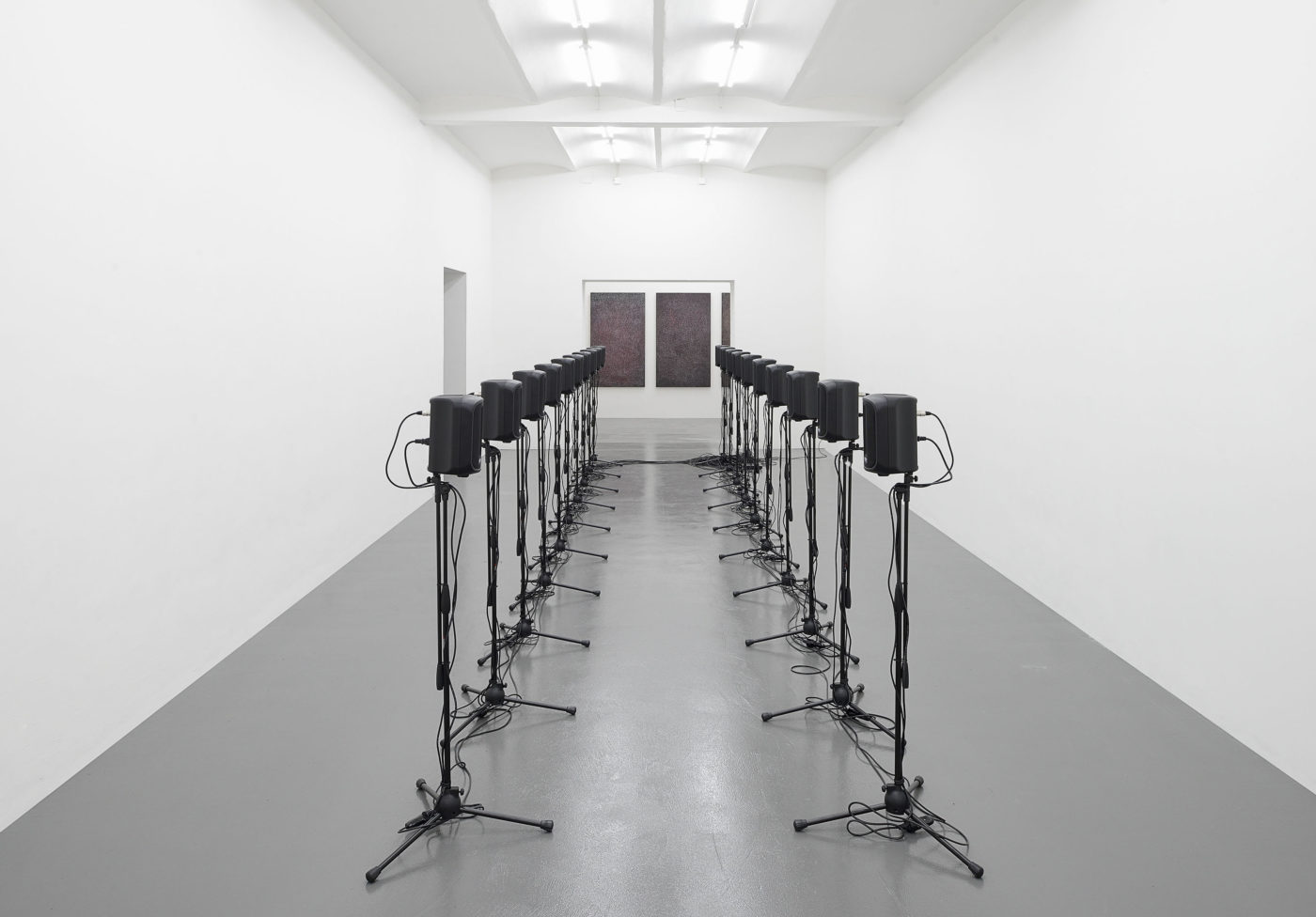 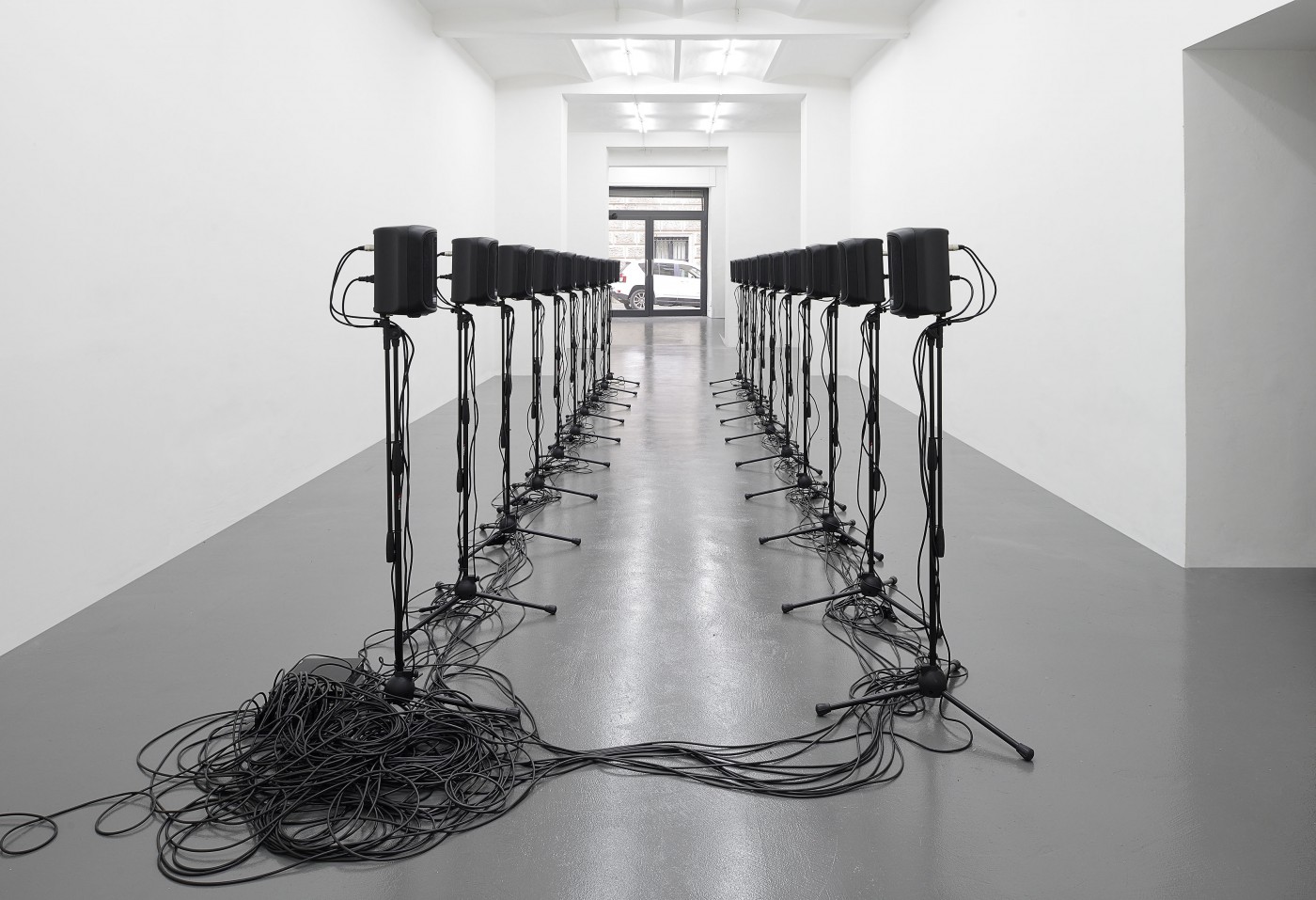 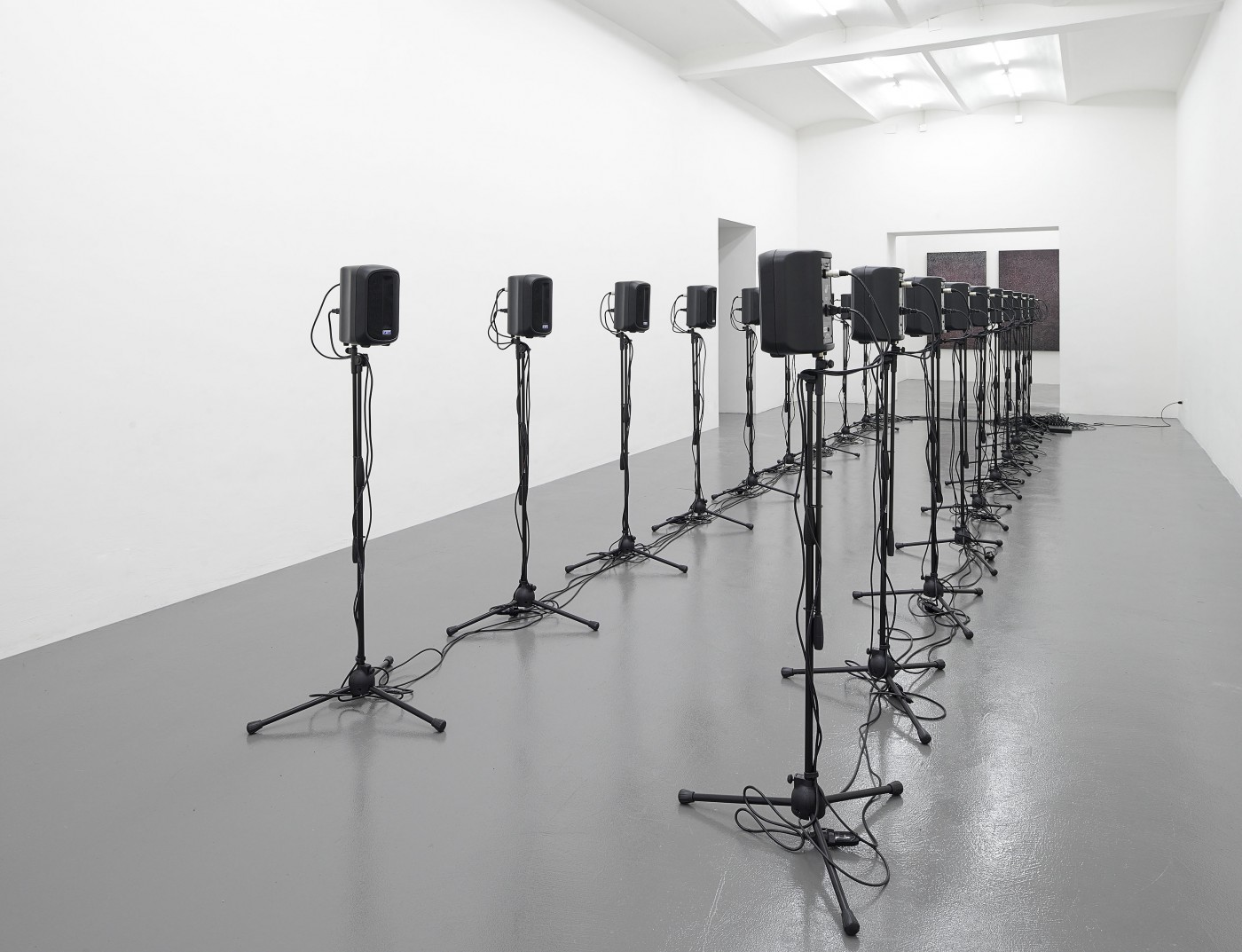 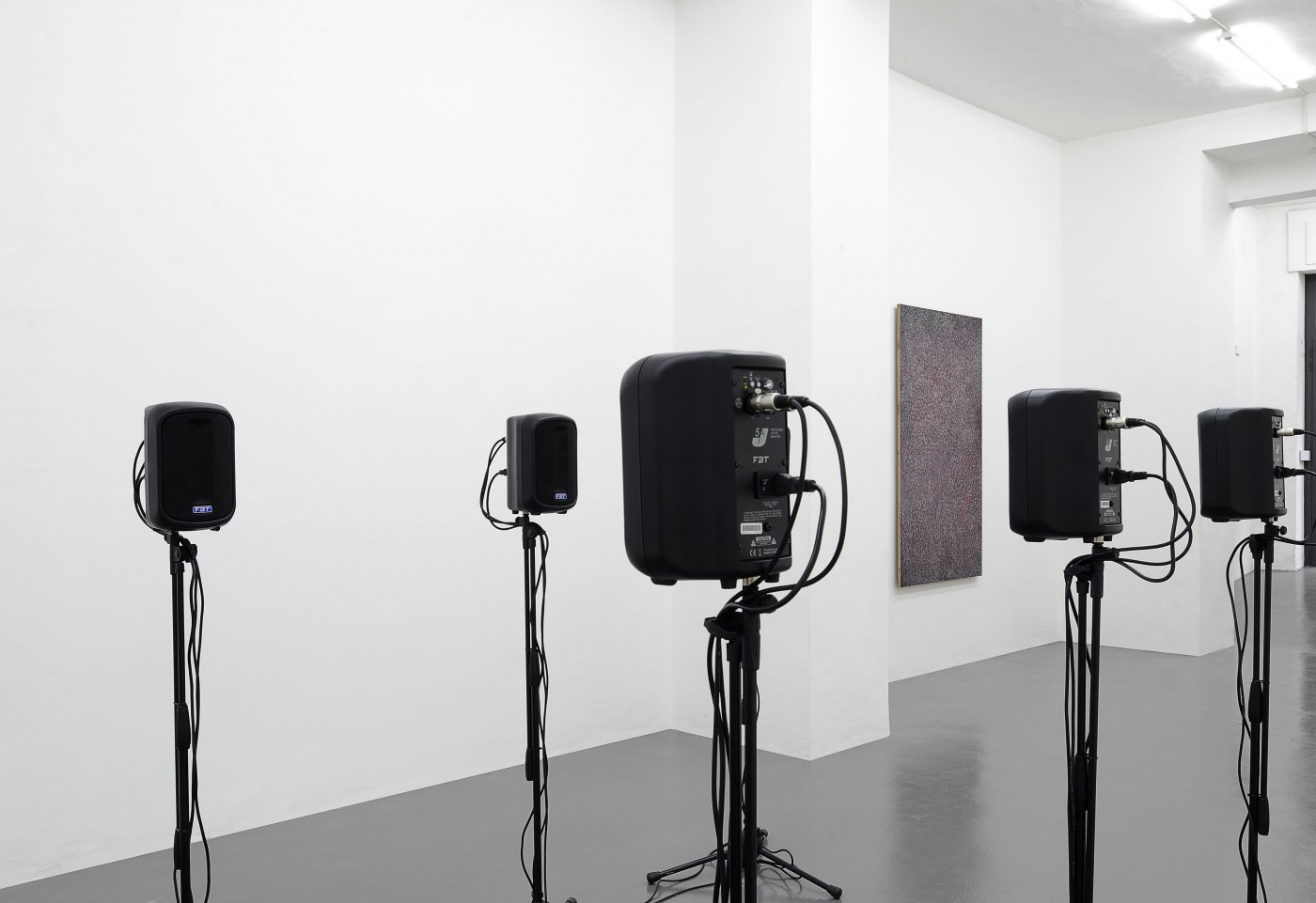 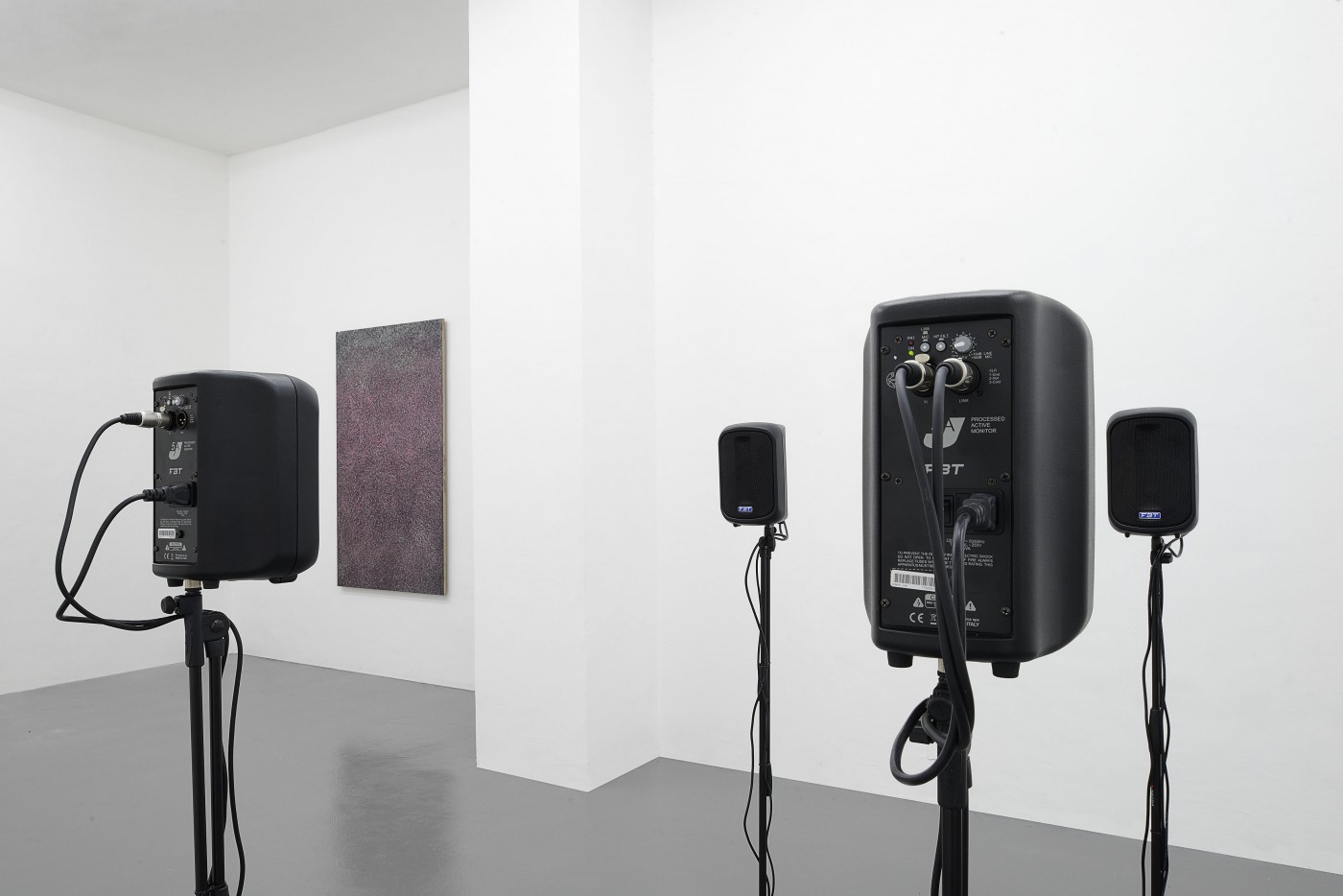 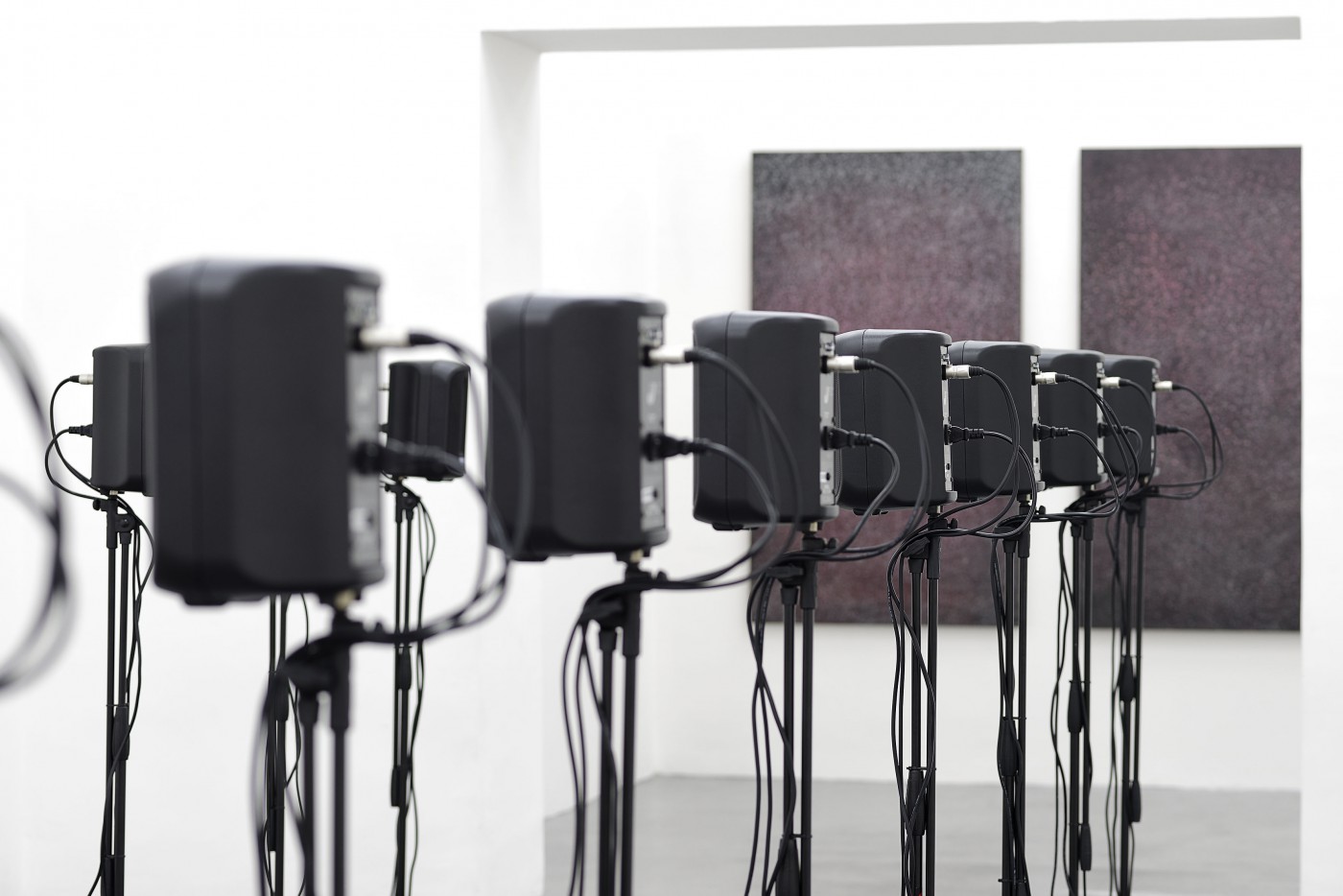 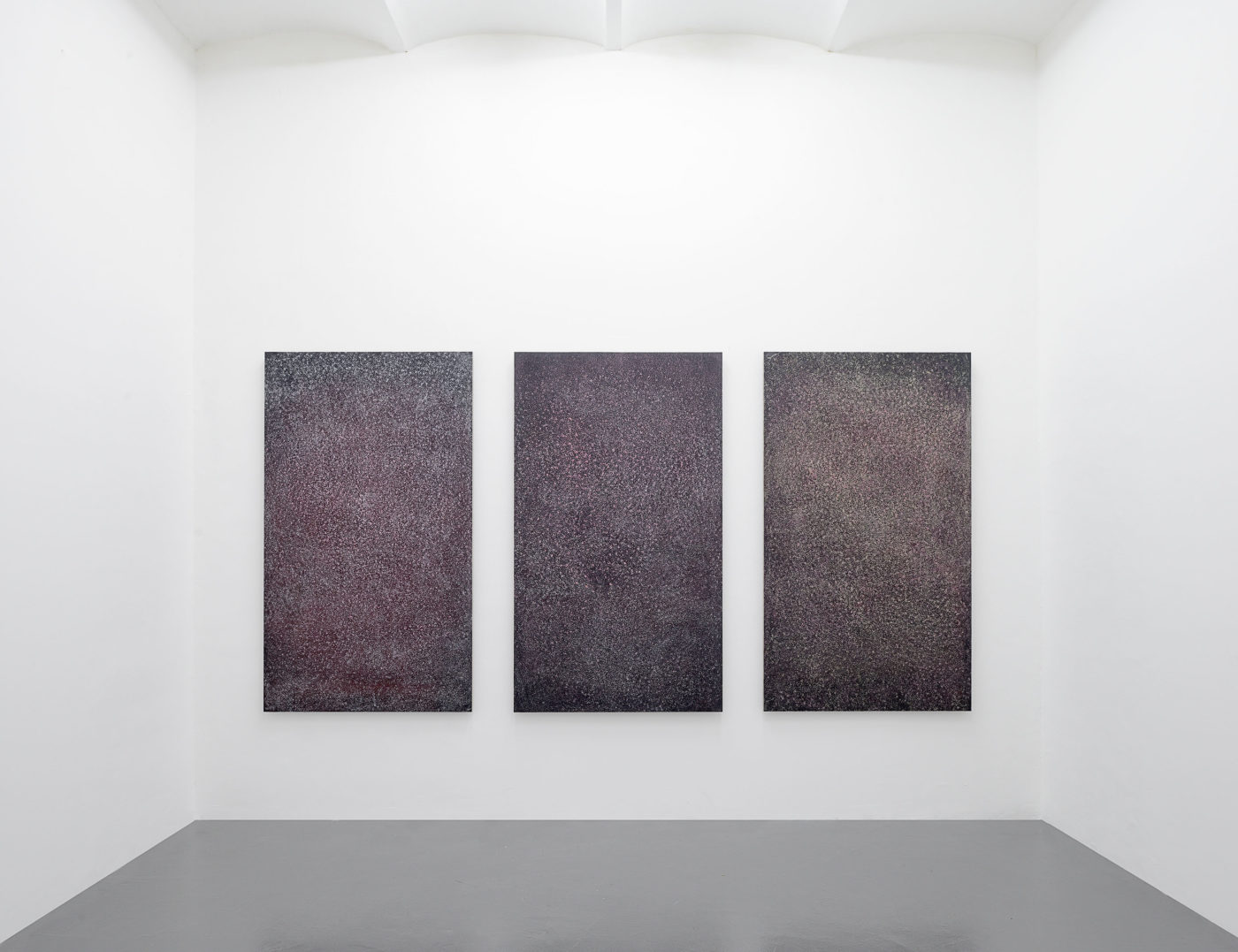 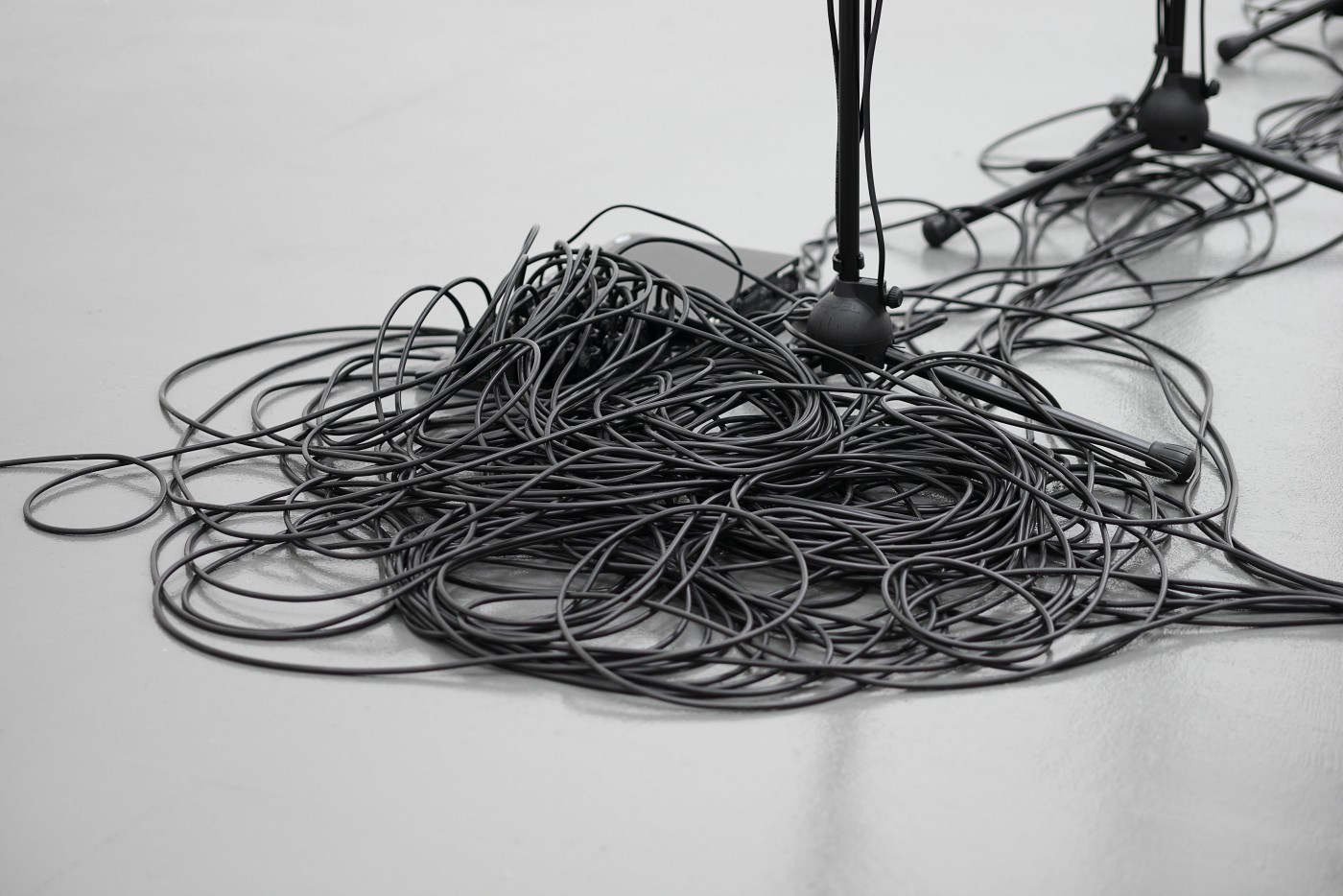 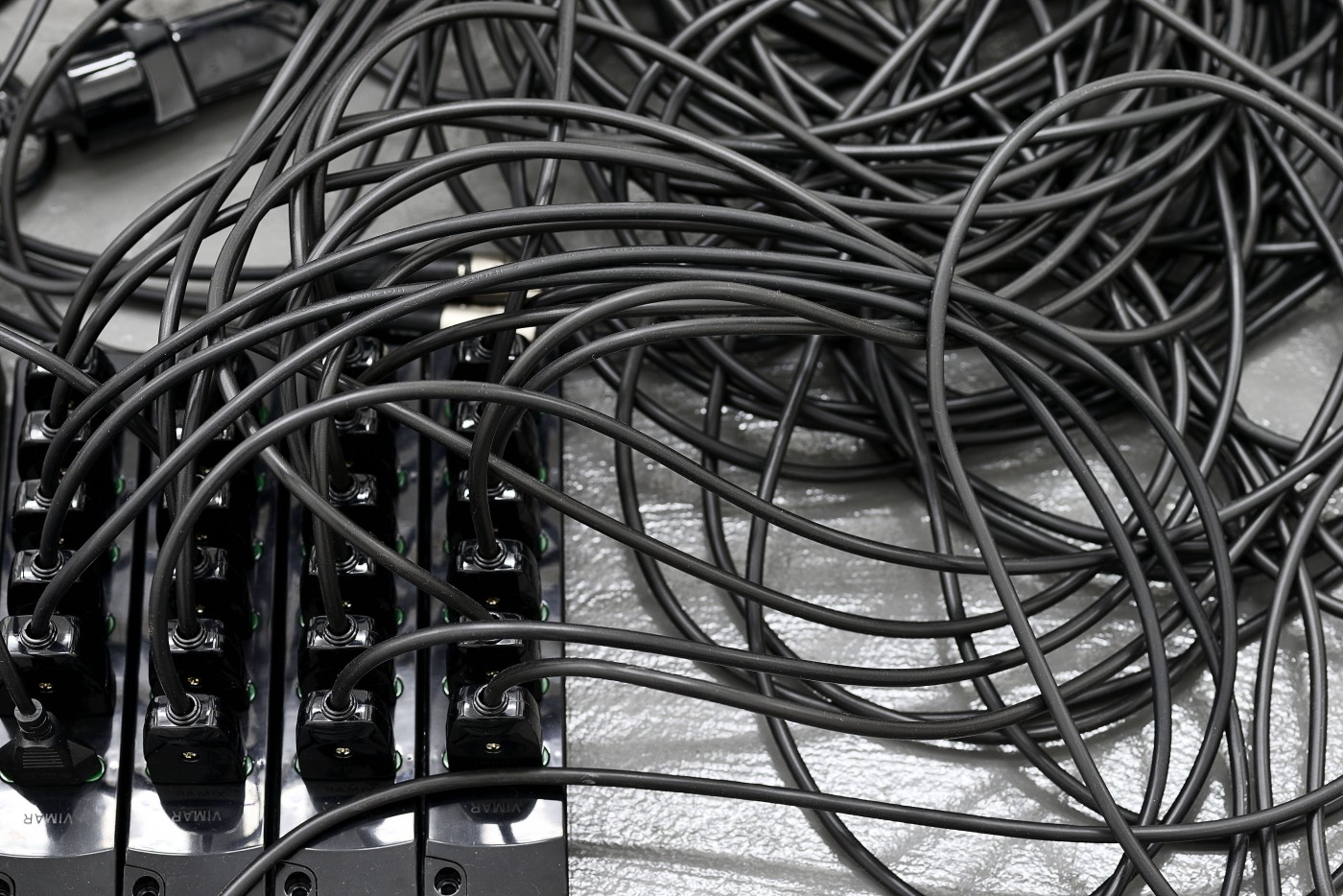 For his third solo show at T293, Alberto Tadiello presents a series of wall works – Pale – and a sound installation – Device.

Pale consists of five framed sandpapers treated with waxes, glues, sprays and cosmetics.
Breaths caught in their moment of full bloom. Of vitality. Of sanguine vigour.
A feverish unfolding of reds, magentas, carmines, blacks, crimsons, violets, plums, greys, burgundies, pinks, whites, browns. Some golden dust.
They show all the bewilderment of fullness. The continuous crossing of a full and intense glimmer. Facing the Pale is like dipping one’s head in a blooming cherry tree.

The moment of flowering, however, does not settle. It slips away. It is already running ahead, crushed by the concentration of a time. A voracious nostalgia raises then. Muscular. It instils a doubt into the voluptuousness of the cherry tree. It affects the vertigo of a full gaze. It stuns the beam.
Just barely. With harsh grace. Elegant harbinger of an irreparable withering. Of dust and coming falls.

Device is a long whistle produced by an automatic, computer-generated feedback by maximizing the incoming and outgoing recording volumes of Quick Time Player and physically modulating by hand the output sound from the loudspeakers of the computer itself.
An insisted hiss cuts the space horizontally, a grainy constraint swells one’s temples, scraping the cavities of one’s head.

The exhibition arises in a vertical anxiety. It soars far beyond the Pale, experiencing the apparent contradiction of a longitudinal perforation and its eternal take-off.
It scratches the hands and tears the listening.
Abrasive, it erodes.
It lifts its head up and looks at the Ama Dablam, stretching the thoughts to its six thousand metres.
AMADABLAM is the definition of five sandpapers and a whistle.
All around, the void.