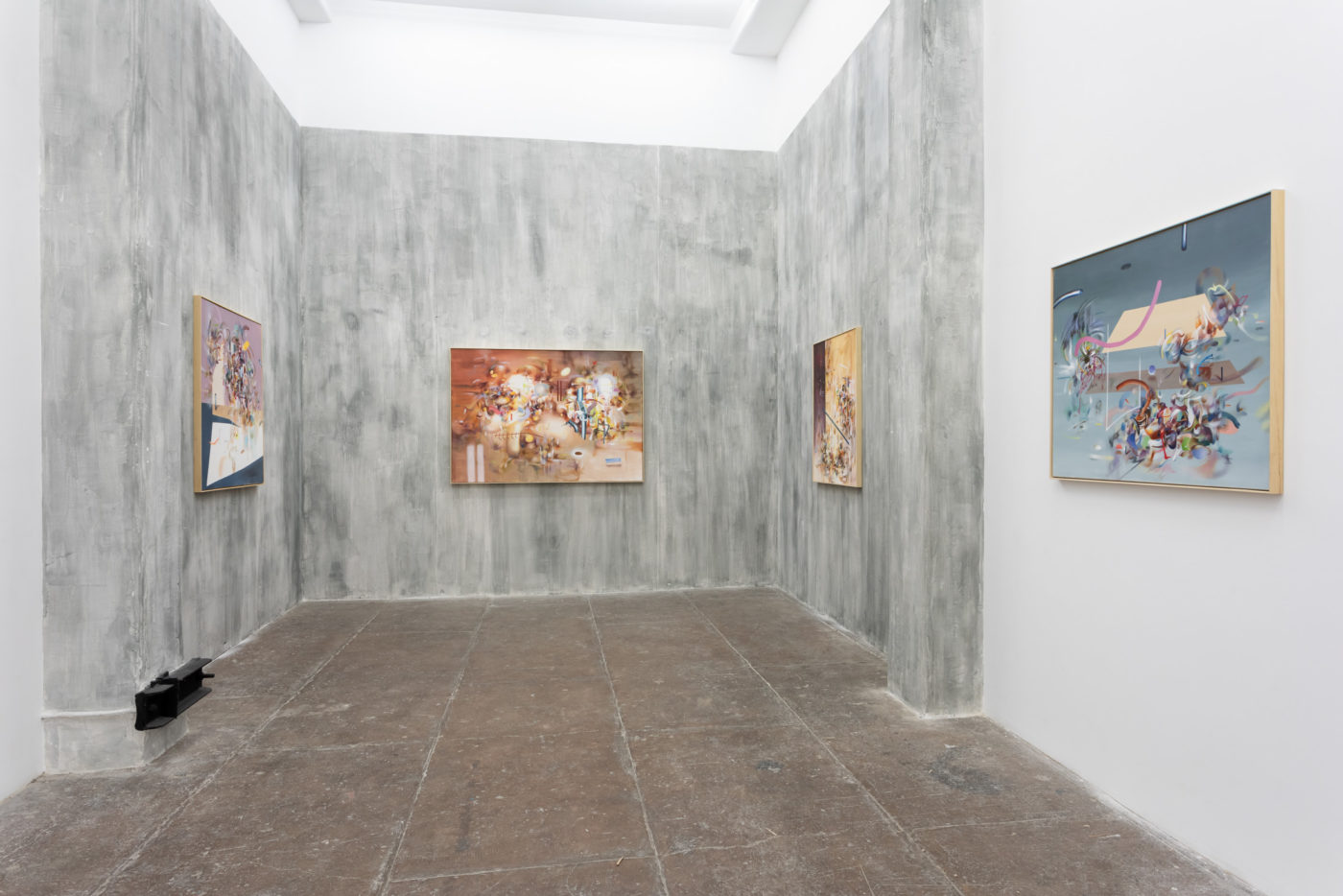 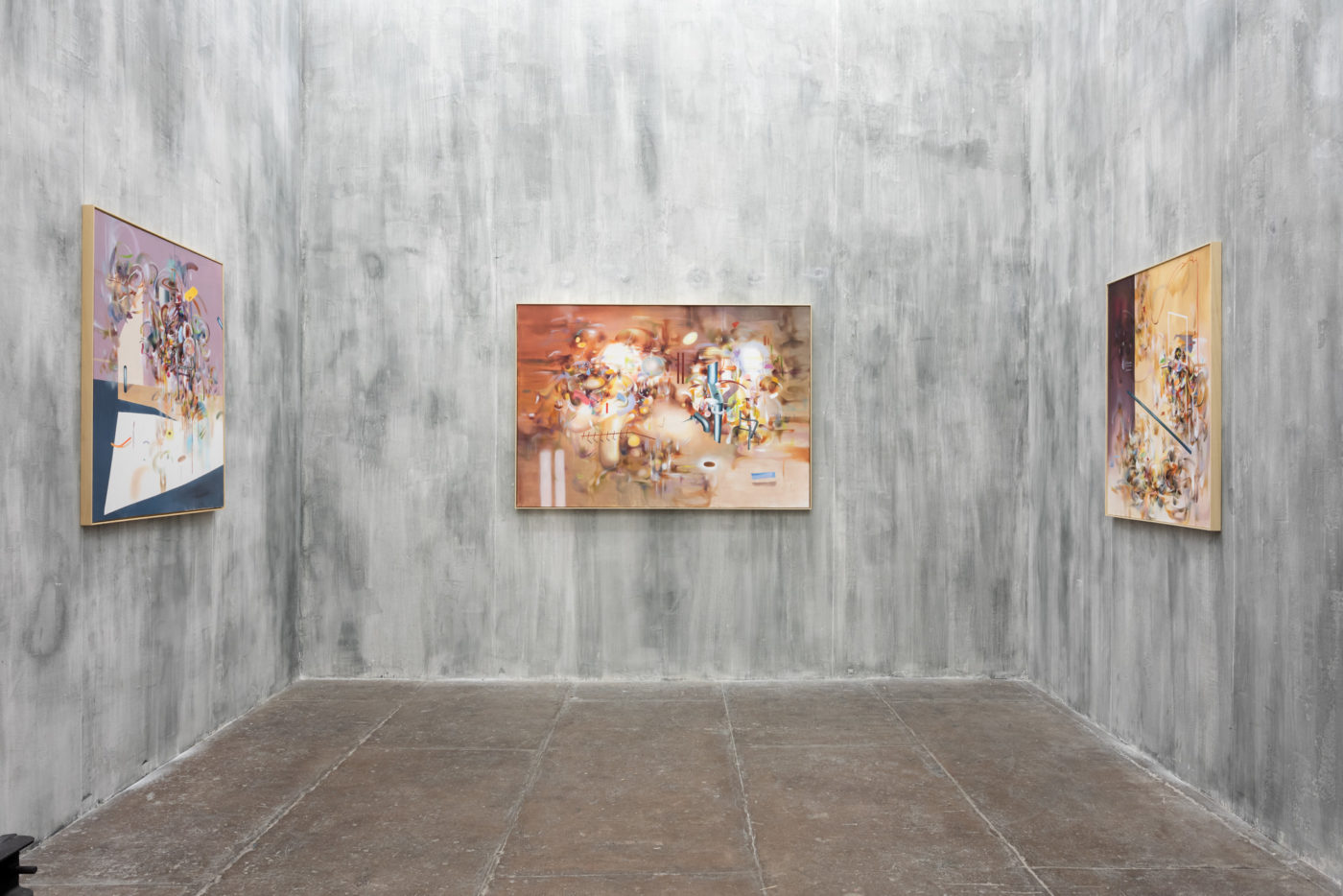 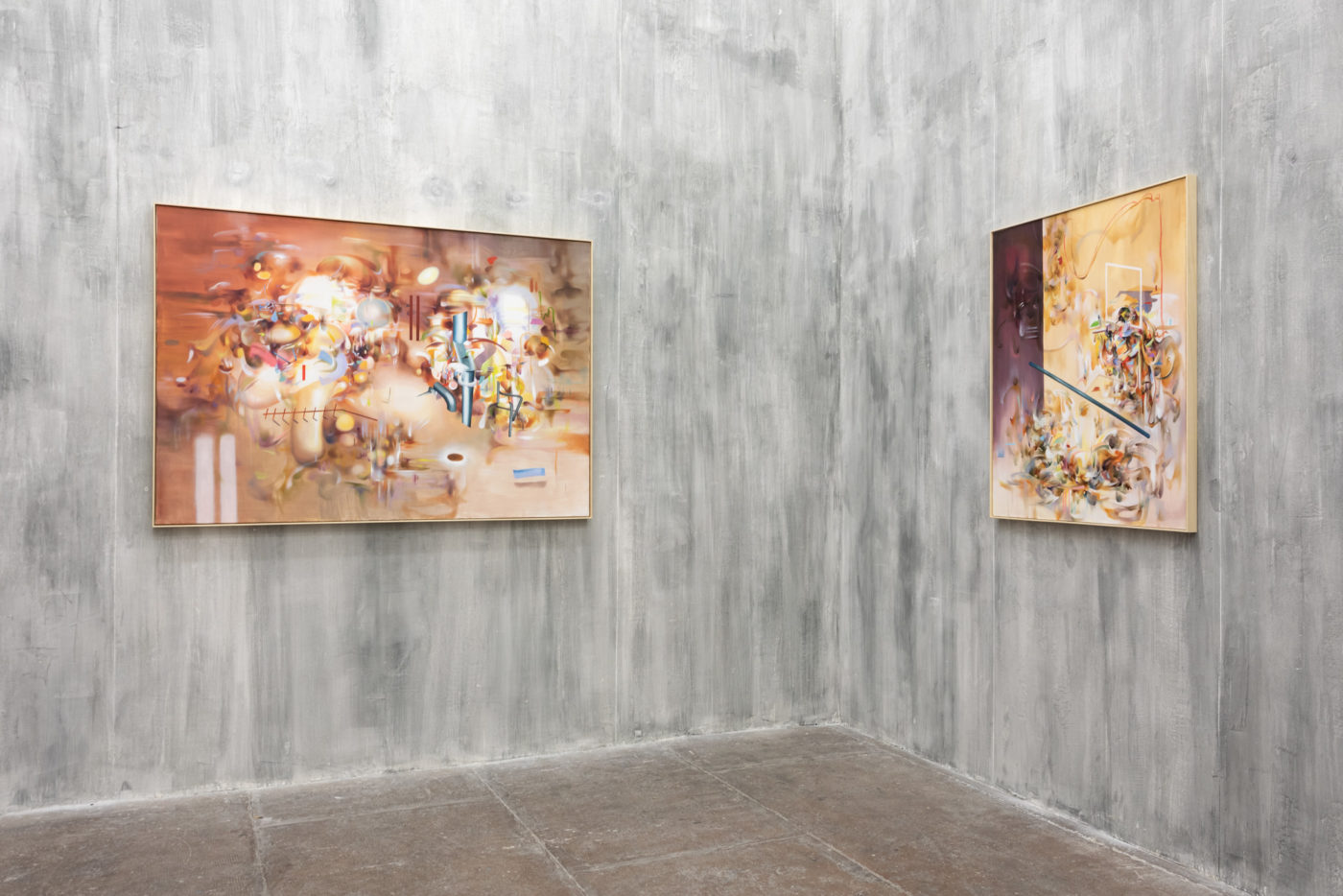 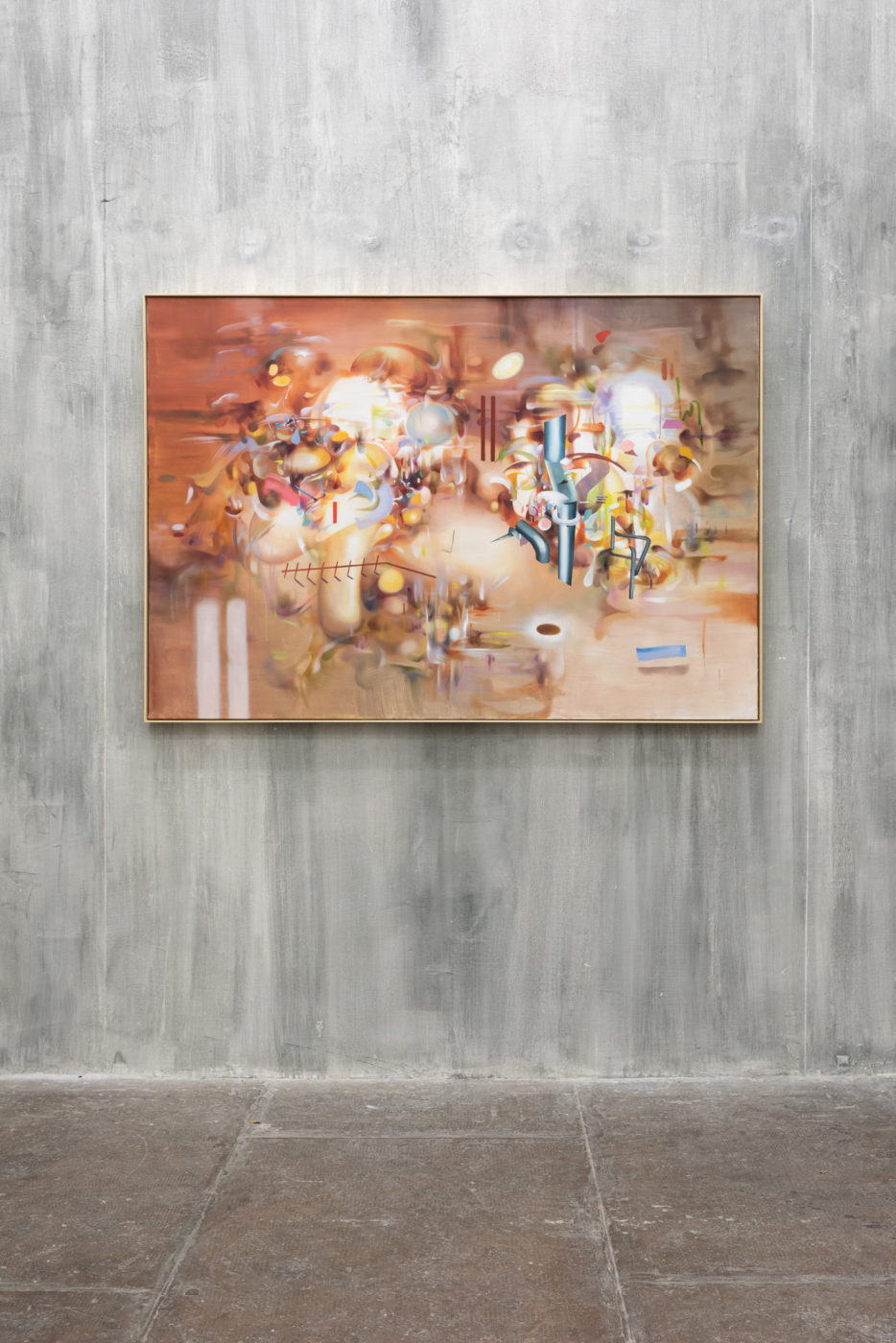 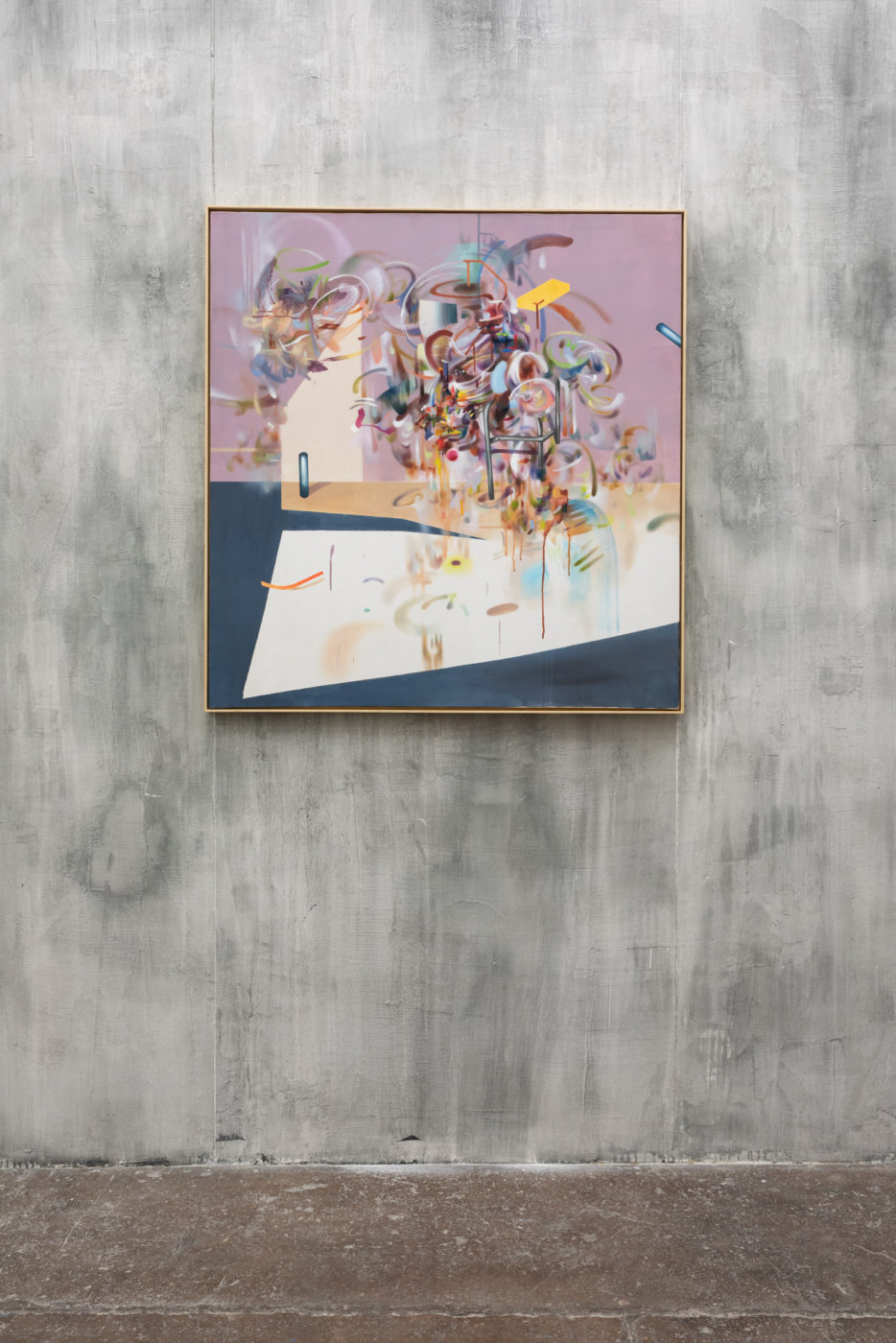 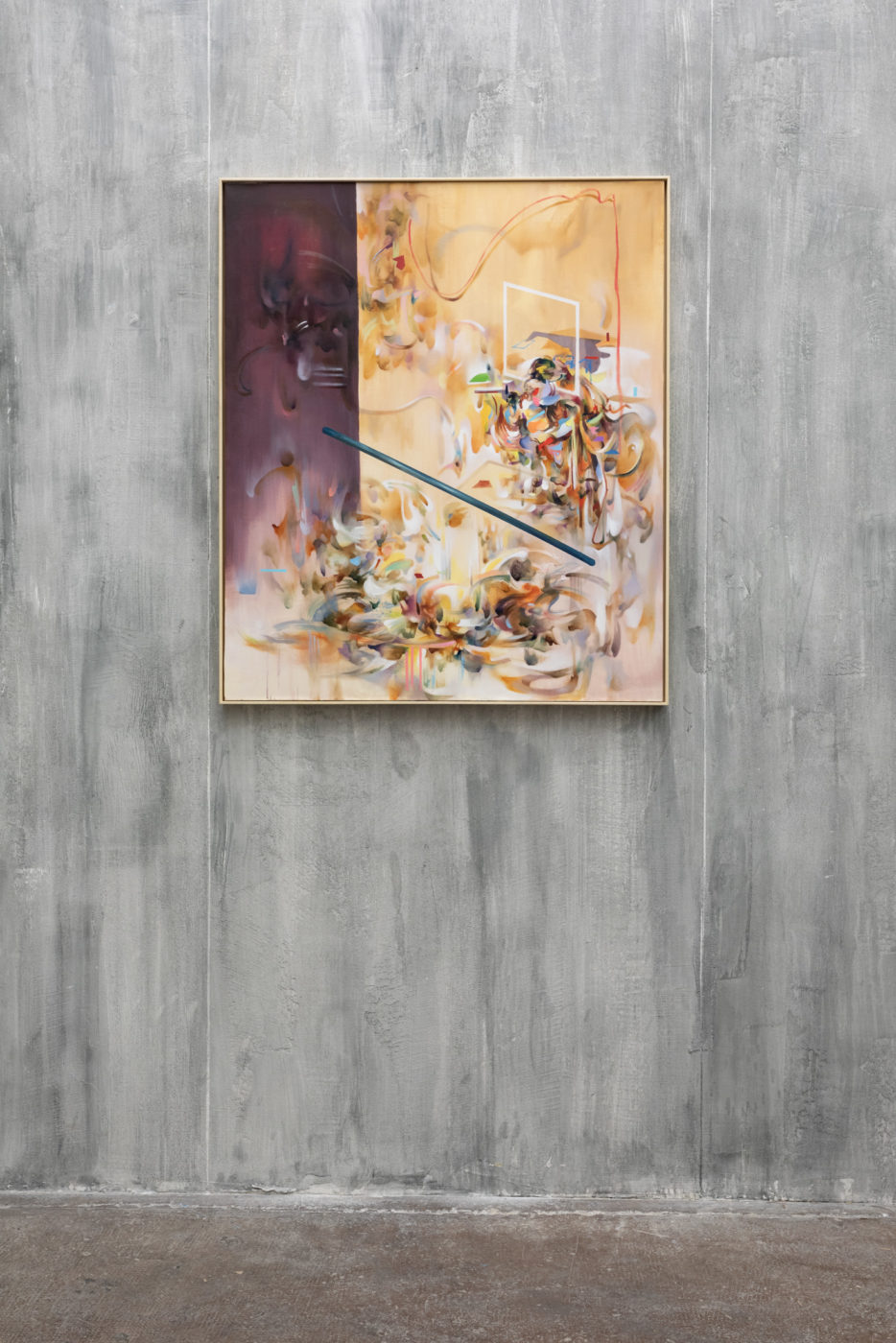 T293 is pleased to present Unfolding Landscape, the first solo exhibition in Europe by Taiwanese, London-based artist Chih-Han Yang, part of the Also on View project.

Chih-Han Yang’s paintings construct spaces which imply afterimages of the dynamics of everyday life and human activities. Employing metaphorical and metamorphic imagery, her work activates the space between the viewer and the surface of the painting. As in the daily experience in the city, where things come and go so rapidly and are replaced and quickly covered, the artist constructs assemblages of detritus, both deconstructed and reconstructed, from interiors, buildings, urban architecture, and domestic living spaces, re-purposing and re-identifying the images and their meanings from the fragments of reality that were disassembled. Through her works, Chih-Han Yang reflects on how we perceive space within the surface of the paintings and attempts to deal with the pictorial space in different ways, creating an illusion of spatial depth. For the artist, the paintings act as metaphysical spaces which serves as an intermediary place to which hang her thoughts and moods to.

The artist figures energetic masses which are rubbed out with fuzzy effects through the force of a brush stroke, as well as the density and transparency of the paint. The soft handling of the medium, the use of abstraction and employment of light and shade suggest a landscape or objects that are out of focus and/or ephemeral. Her paintings seem to be covered by the brushstrokes around the masses: conversational sounds, gases, noises, gravitational drops or lifts, energy, temperature. On Yang’s paintings there are no traces of human figures, nonetheless the viewer is able to recognize their signs of activity around the metaphysical fields the artist so cleverly constructs.