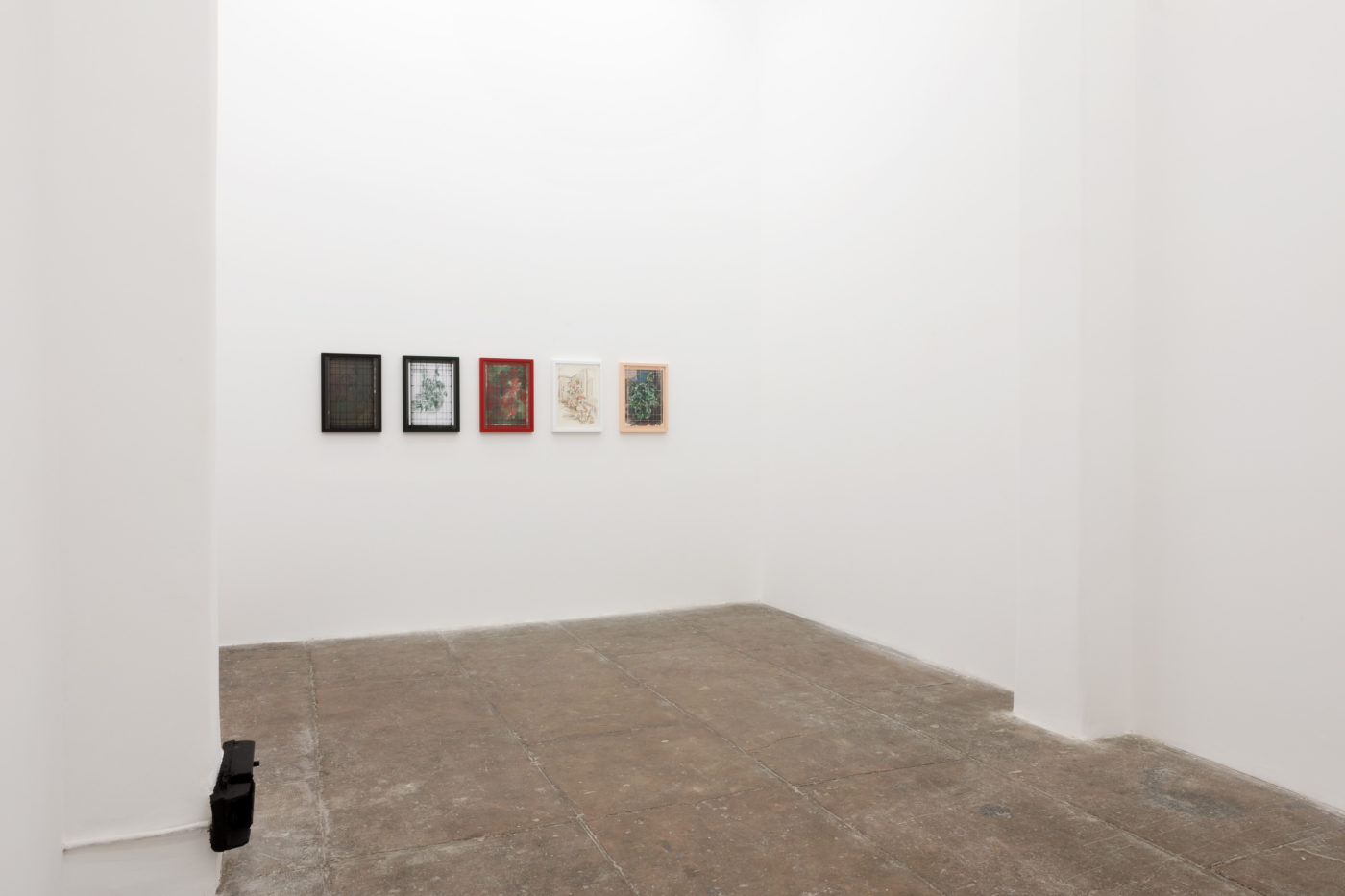 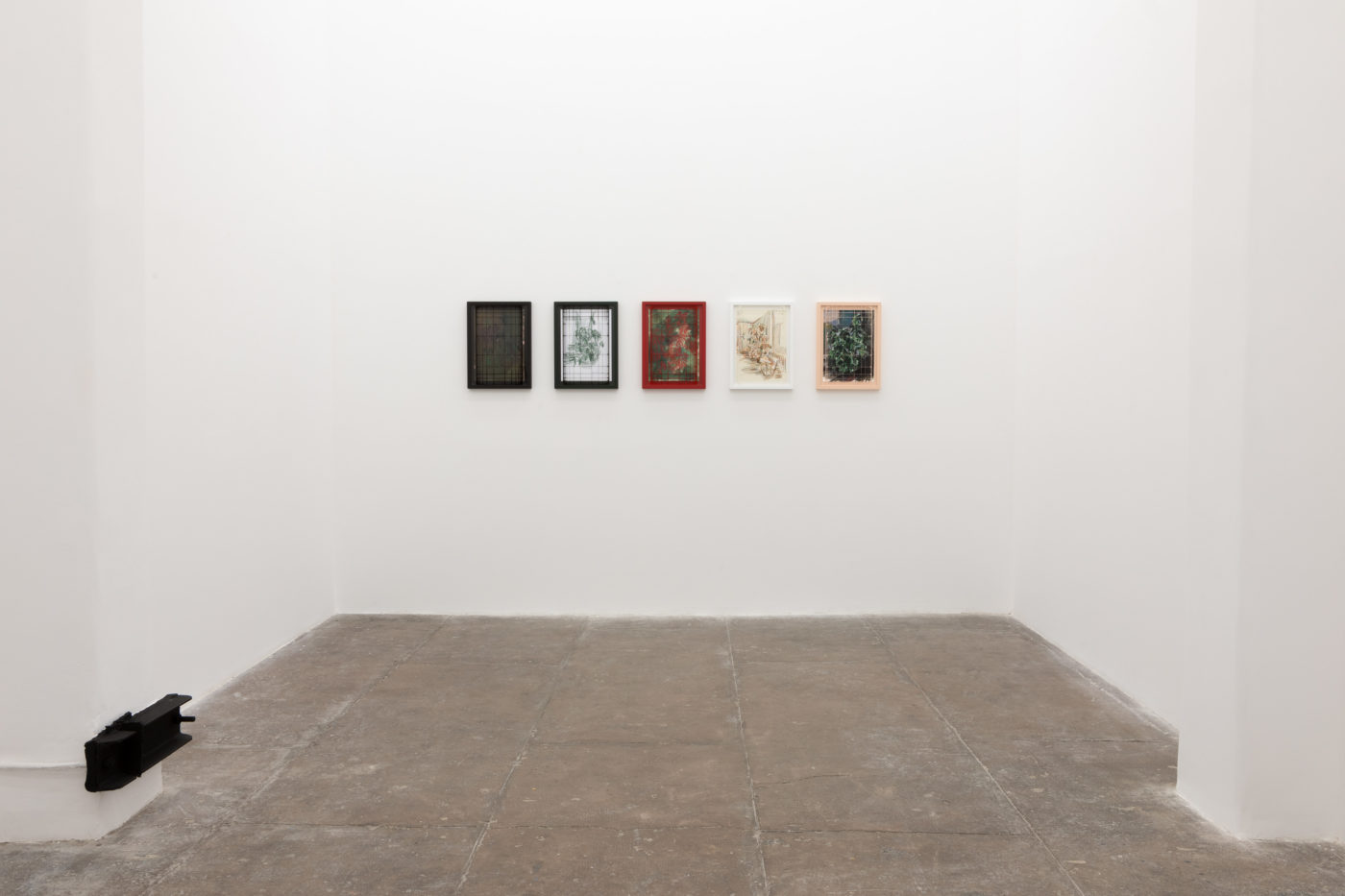 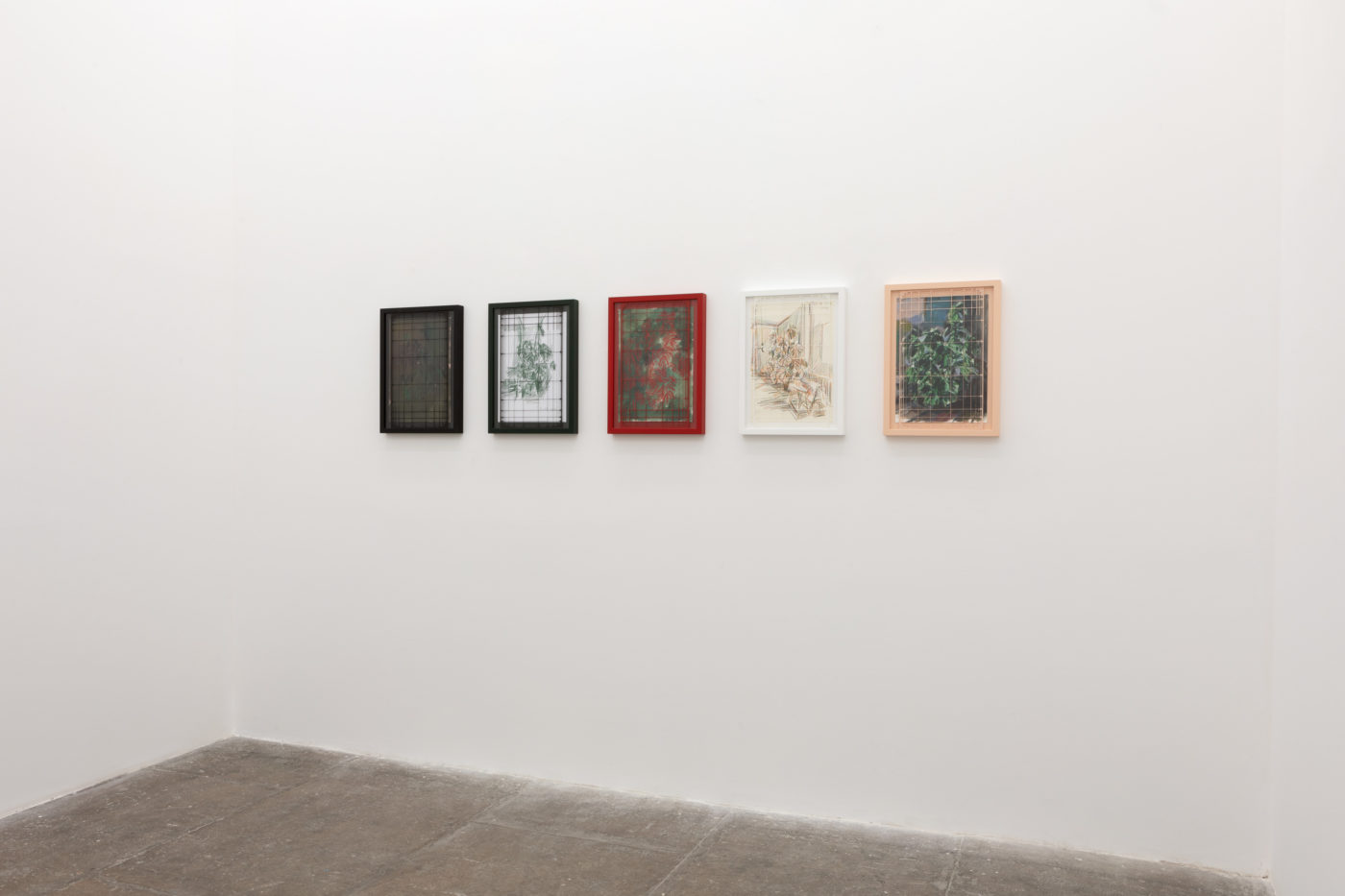 T293 is pleased to announce Daily Geometry, the fourth round of our Also on View project in which a new production by David Maljković will be exhibited. Opening on June 4th, the project will present with five mid-sized drawings and paintings on canvas.

David Maljković’s (b. 1973, Rijeka, Croatia) work is a highly controlled variant exploitation of formalist concerns. The artist has been problematizing the studio space, both on the personal level and in the general sense, since 2003/2004. The research rapidly evolved into several projects throughout the years, including his last solo exhibition at T293 ‘All Day All Year’, in 2016.

Daily Geometry is a continuation of this investigation, as the studio space stands as the central object of the new production. In this occasion, the focus is put on the everyday routine, and the ritual aspects behind it are emphasized through the motiv of vegetal elements of the artist’s studio environment. The drawings and paintings, fragments of Maljković’s studio, are overlapped by repeated grids, which are, on their turn, colored according to the base of the artwork’s color scheme.

American critic and writer Rosalind Krauss has analyzed in her famous essay ‘Grids’, published in 1979, the role of the grid throughout art history, from the Renaissance to the De Stijl. The grid is “the representation of everything that separates the work of art from the world, from ambient space and from other objects” states Krauss. “The grid is an introjection of the boundaries of the world into the interior of the work; it is a mapping of the space inside the frame onto itself.” The grid becomes then “an emblem of the infrastructure for vision”. By applying the raster on the top of every work, Maljković suggests a centripetal mode of relating the artwork with the rest of the world, and the grid itself becomes the form of the gaze.

Furthermore, by its mere existence, the grid implies relations where no operational, formal or aesthetic relations may necessarily exist. The process of destructuring the studio space into several frames creates a new reality of presentation, which goes along with Maljković’s intention: an attempt to organize the broken reality of the artist’s daily space.

Daily Geometry will be followed by a major exhibition by David Maljković next fall at the gallery.

The exhibition is part of the project Also on View, idealized by the gallery as a new approach towards experimentation, where different artistic languages are put into dialogue, opening further possibilities of discussion. Moreover, the project borrows its name, Also on view, from the title of a solo exhibition by David Maljković organized in 2019 at the Contemporary Art Museum The Renaissance Society, University of Chicago.