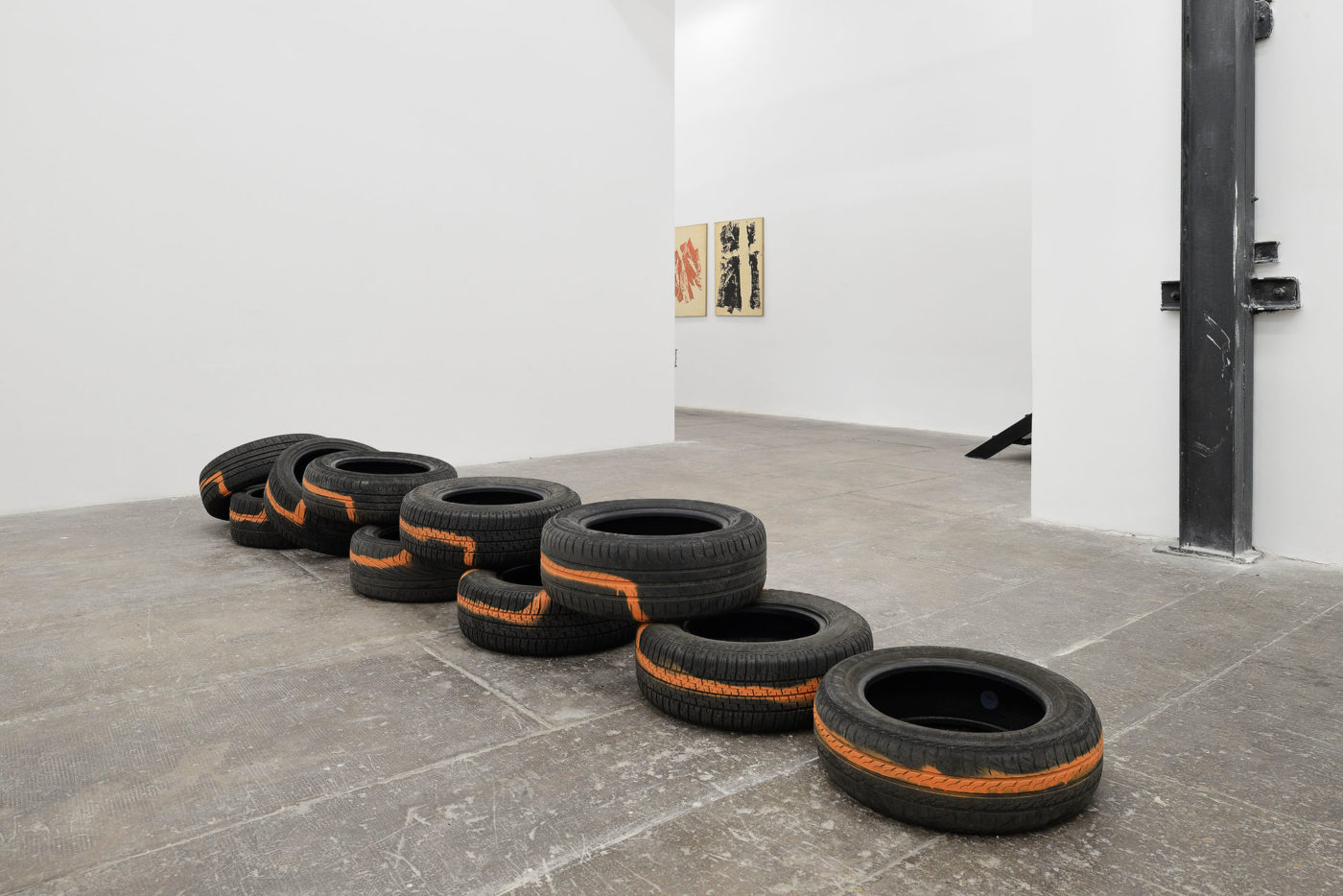 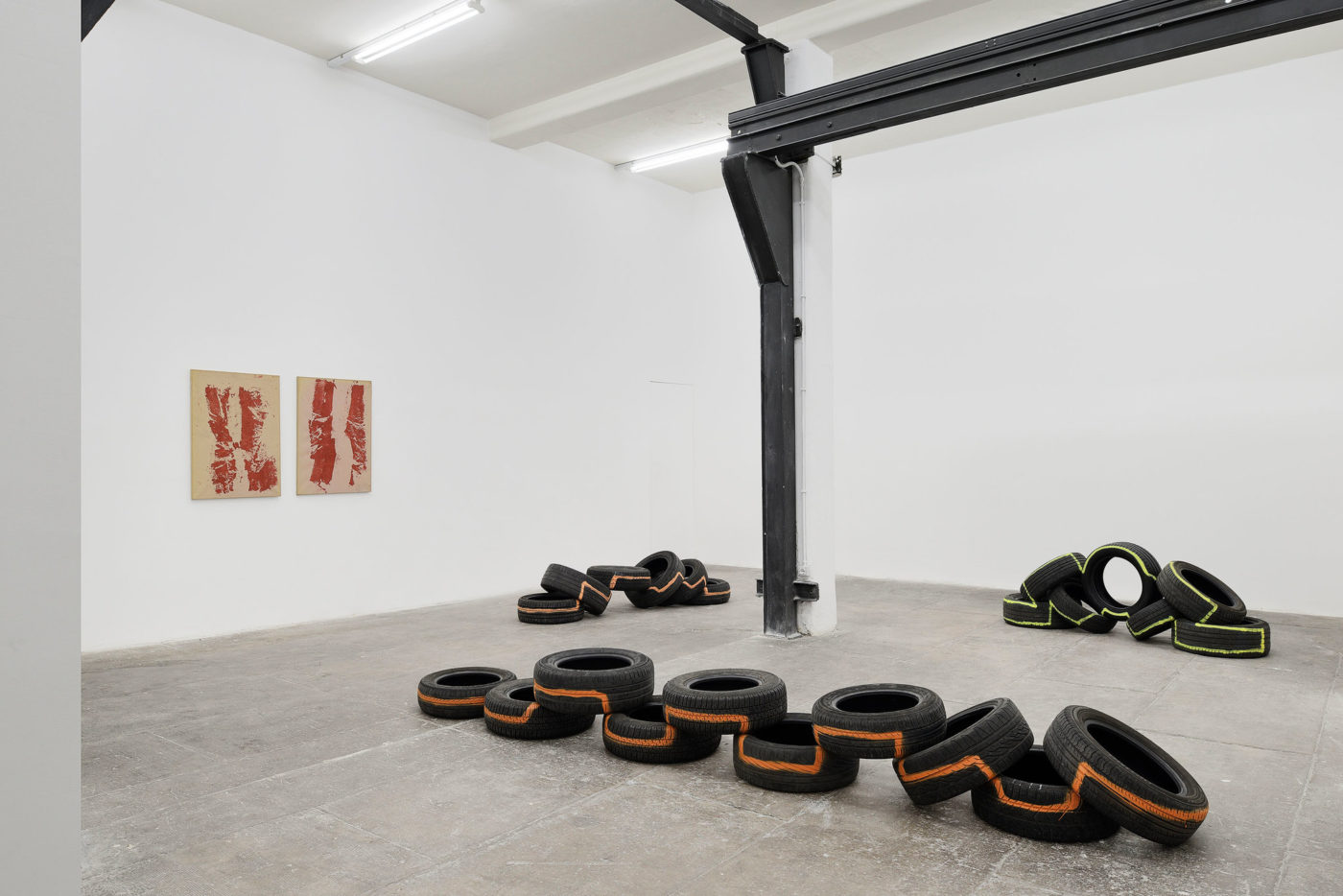 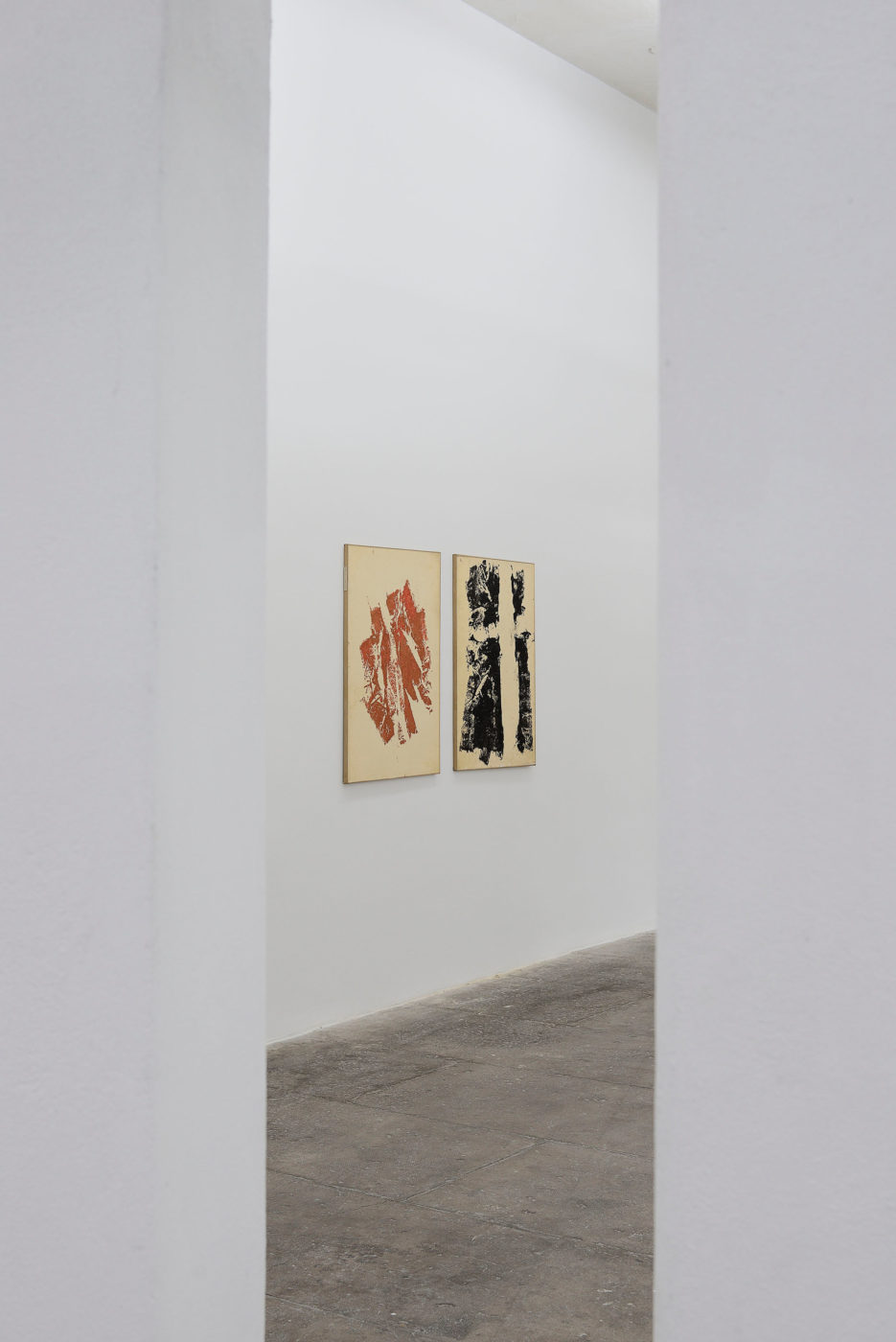 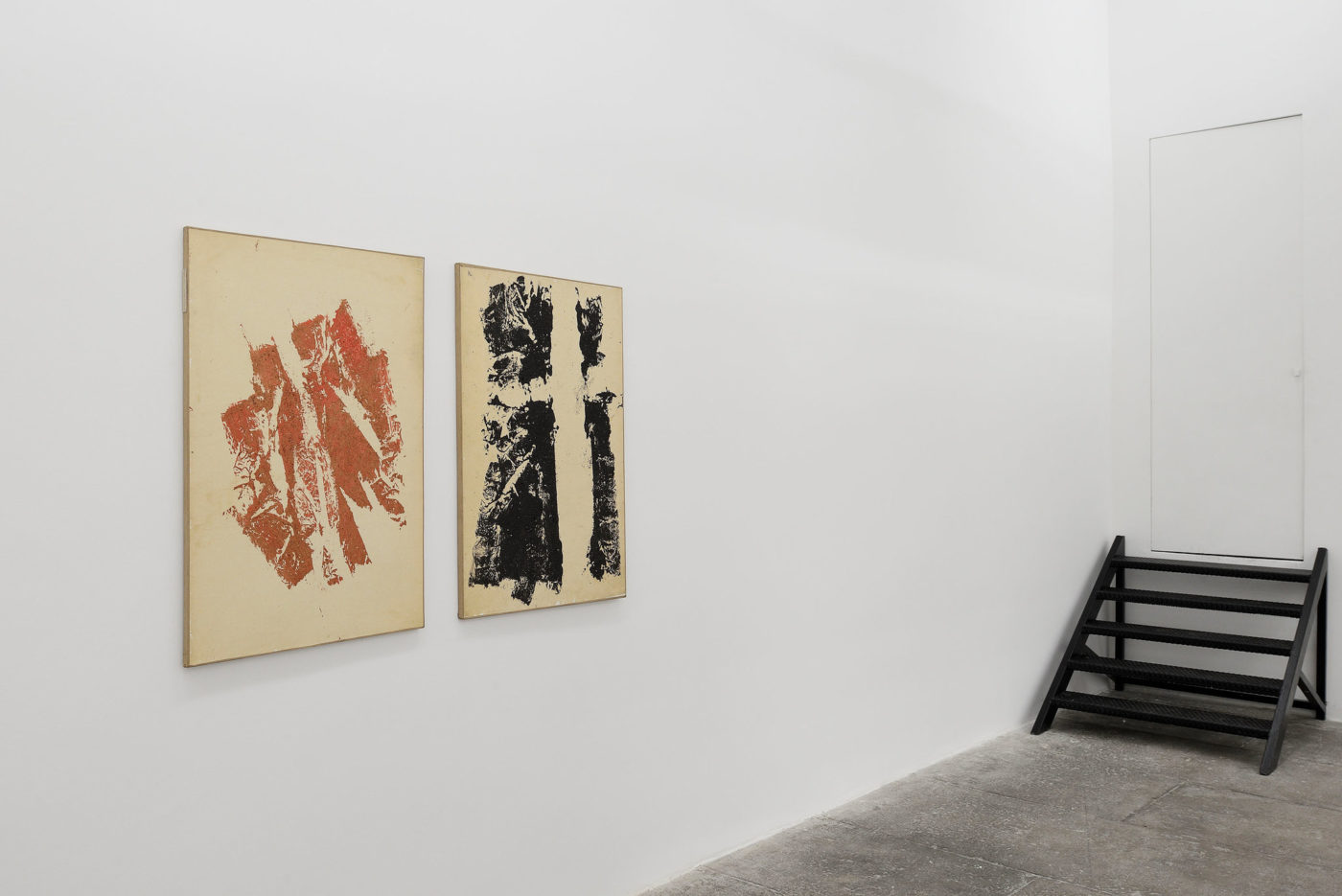 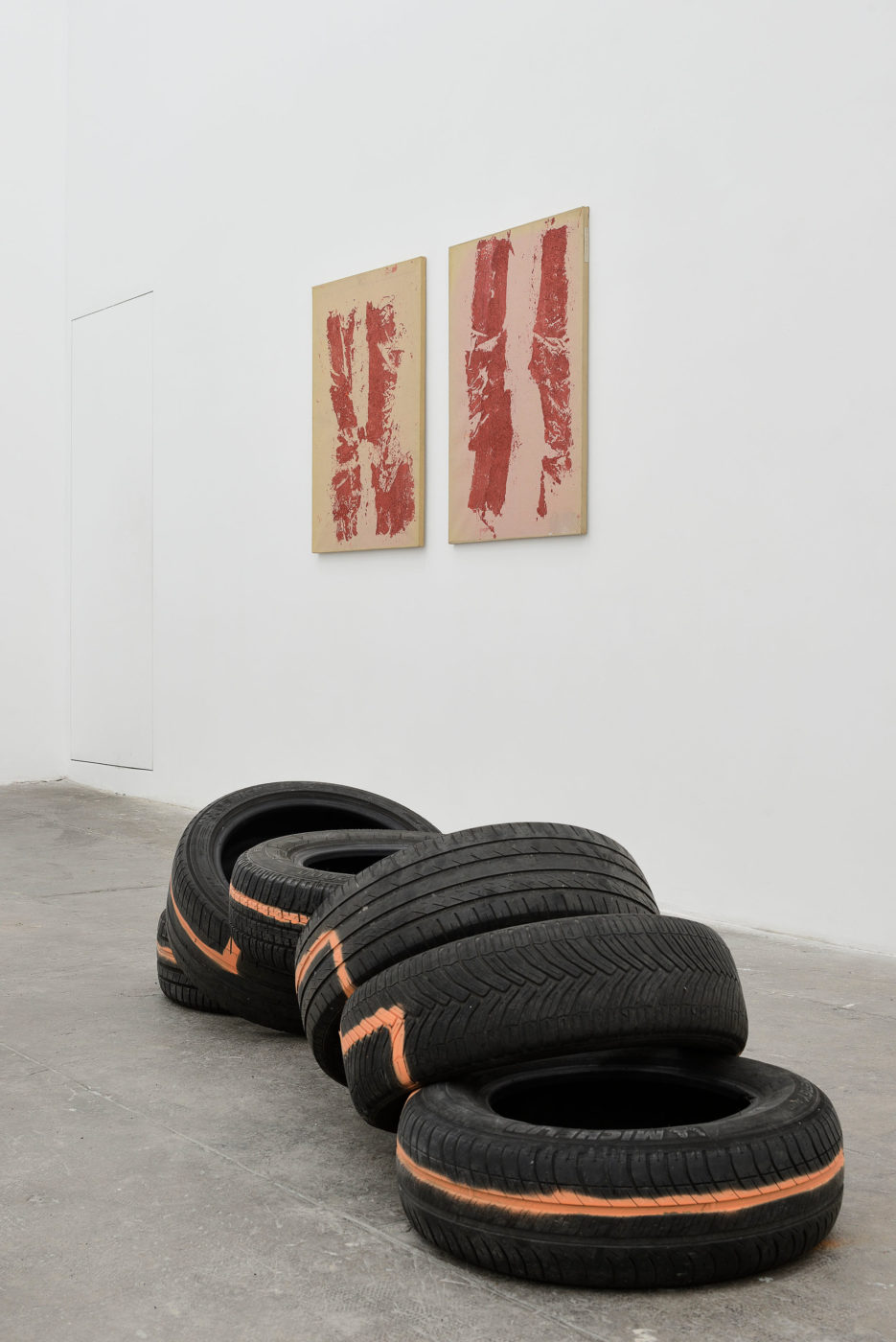 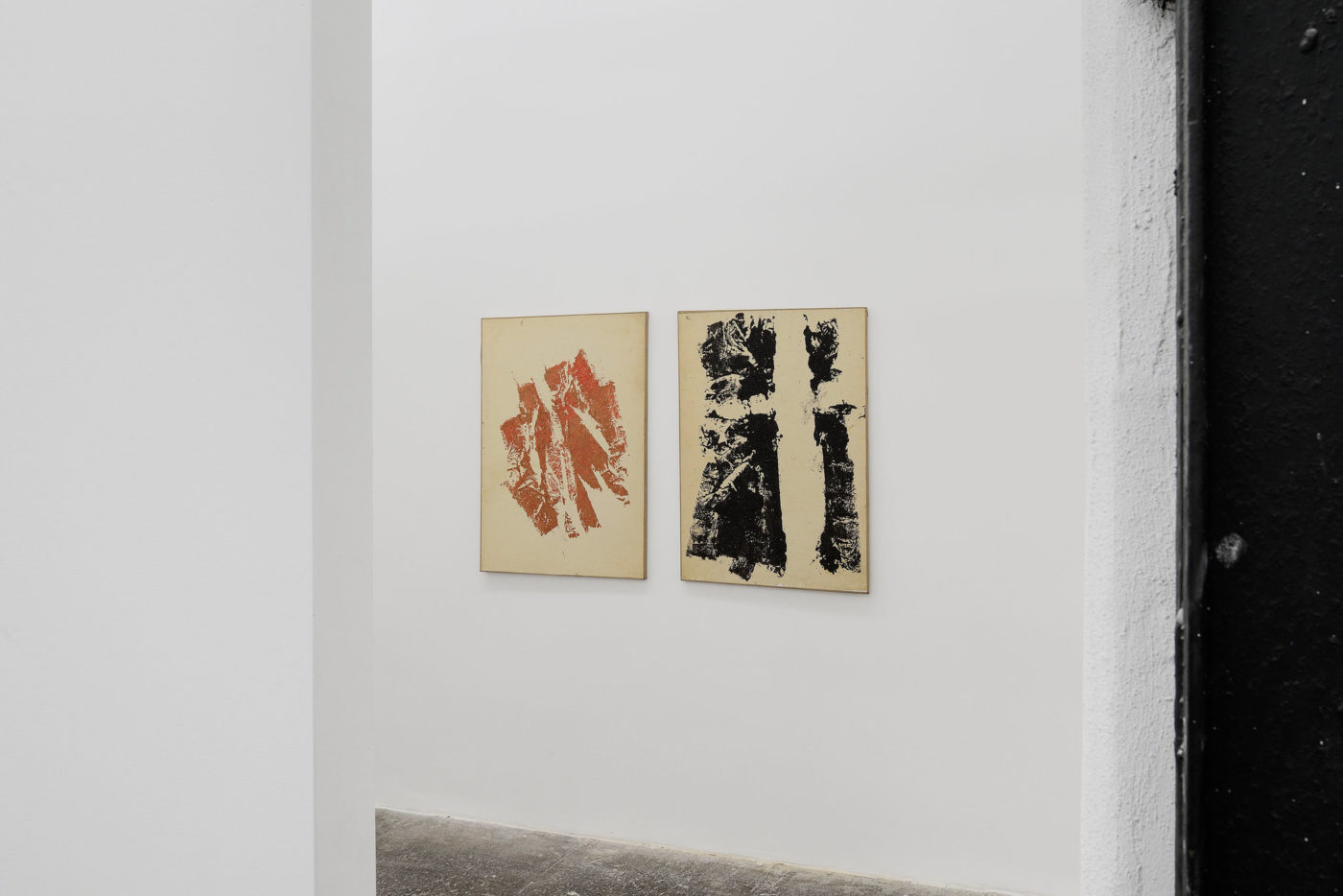 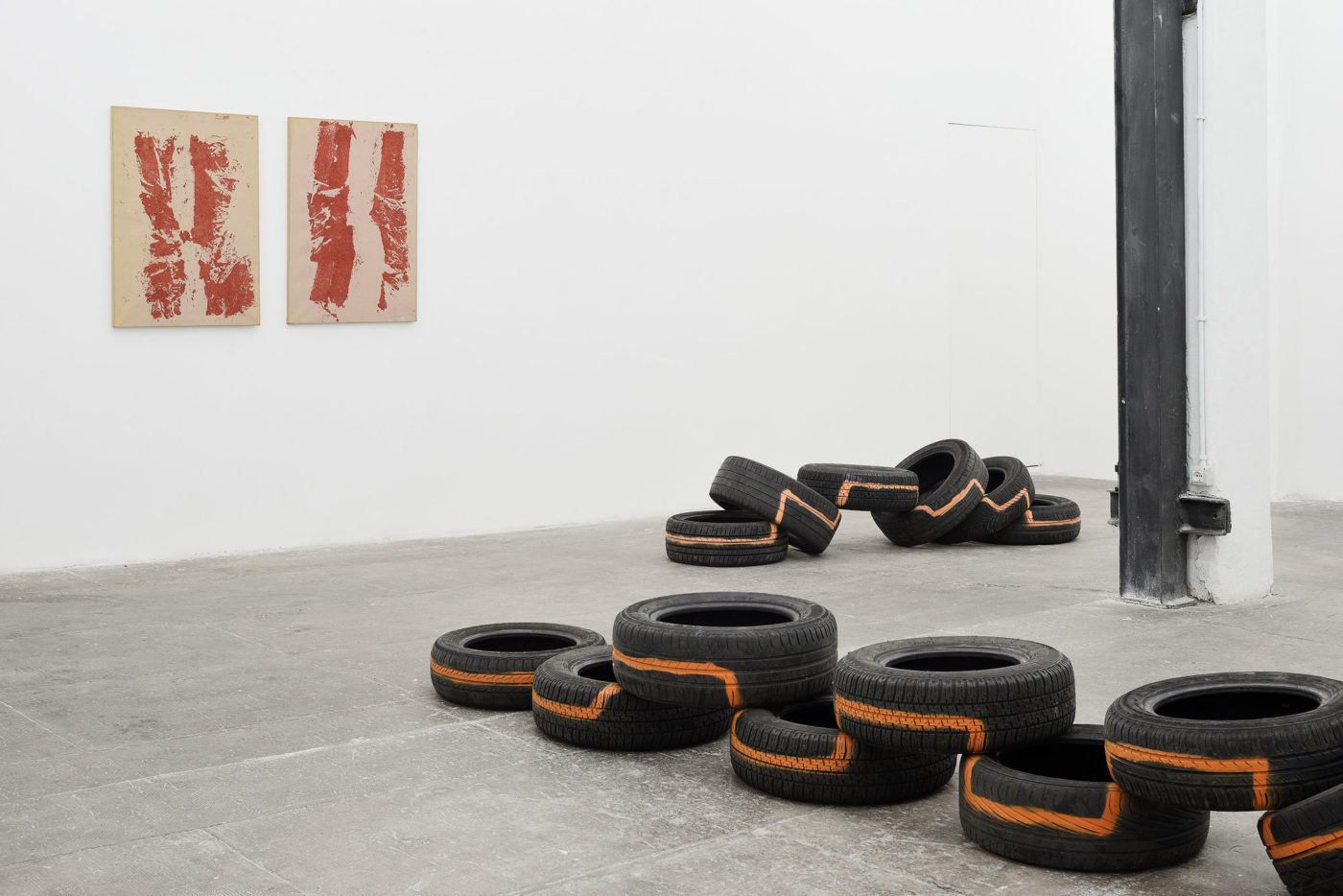 “Also on view” is a project created by T293 thought as a new approach towards experimentation, where different artistic languages are compared, like design, music and architecture.
It begins as a curatorial proposal and it takes form through the presentation of active figures in different fields while in dialogue with the representative artists of the gallery in an intellectual and generational fluidity capable of subverting the usual way one enjoys art.
The transversal nature, deepening of understanding and research thus become the key words of the project, and express the uninterrupted will of T293 to create original contents and to transform itself in turn in a generator of culture.
Inserting themselves within the gallery exhibition program, these projects are also designed to reactivate the space, understood as a living organism in unceasing transformation.

‘Also on view’ takes its name from the title of a solo exhibition by David Maljković organized this year at the contemporary art museum The Renaissance Society, University of Chicago.

The first project, presented during the current exhibitions of Jana Schröder and Edoardo Caimi, takes inspiration from a transversal figure par excellence in the history of art: Toti Scialoja, and it is created by T293 in collaboration with the Toti Scialoja Foundation.

Painter, poet, illustrator and professor, Toti Scialoja (1914 – 1998) was a versatile artist who left an important mark in the history of Roman and international art between the 60s and the 70s.
His artistic career varies and develops over the years, thanks to different encounter with artists of his time and to the numerous journeys undertaken, especially the one in New York in 1956, when he met other artists such as Willem De Kooning, Mark Rothko, Philip Guston, Robert Motherwell, meanwhile studying Franz Kline, Jackson Pollock, Arshile Gorky.

The exhibited works, produced in 1958, are greaseproof paper glued on canvas, vinyl, sand, and they describe the period from the second half of the 1950s, in which Scialoja approaches abstraction by gradually leaving the figuration that had interested him in previous years. He now prefers the use of color-soaked cloths as a work tool, abandoning the brush and the easel, to look for a more direct way of communicating, and the canvases are fixed to the ground, horizontally. Scialoja himself has framed the works shown in the exhibition.

“He prepared the canvas on the ground – he didn’t want any other different horizon. He was used to take a sheet of light paper, oiled, on which the chromatic material would have adhered, without being absorbed. He crumpled this ductile sheet, as thin as a skin, tightly, quickly, like a tissue, between the hands. Lying down again, on the ground, and smoothed by the coarsest wrinkles, the tissue was then filled with rapid, eloquent brushstrokes. Then he overturned it on the canvas, pressing, beating, shouting, two and three five times: until the color was consumed, until the fragile support collapsed”.
These words by art critic Gabriella Drudi describe the “printing” technique, that is the creating process of the first Imprints from 1957, that approaches the surrealist automatism, bringing with it randomness and arbitrariness. It is a phase for him of great enthusiasm and creativity, which characterizes the works for their seriality and freedom of the pictorial gesture. The Imprints represent one of the most important figures of the entire production of Toti Scialoja.

Toti Scialoja’s family, which was originally from Procida, counts important personalities among which university professors and jurists, founders and owners of the magazine «Foro italiano». Great-grandfather Antonio Scialoja was the first Minister of Education of the Italian government, after the Breccia of Porta Pia on September 20, 1870, in Rome. His father Gustavo was a chemical engineer, chief inspector of the Ministry of Corporations. Once he gave up his law studies, from 1937 he devoted himself to painting: In 1939 he exhibited at the third Quadriennale of Rome and in 1940 had his first solo show in Genoa. During the war, and before being involved in the Resistance, he exhibited in Rome with Giulio Turcato and Emilio Vedova. After a first expressionist period, related to the Scuola Romana (Roman School), in 1955 he approached abstraction and he worked with different techniques, from dripping to the use of color-impregnated rags, from printing to material inserts.
His works, consisting in the ‘70s of rhythmically articulated geometric elements, after 1982 went back to a gestural language. Director (in 1982) of the Academy of Fine Arts in Rome, he was also a sculptor since 1988. An essential part of his research is theater, to which he dedicates himself collaborating with avant-garde writers, musicians, directors and choreographers (V. Pandolfi, A. Miloss, R. Vlad).
His production includes: ‘L’opera dello straccione’ by J. Gay (1943, it was prohibited by the fascist authorities); the ballets ‘Marsia’ by L. Dallapiccola (1948) and ‘Il principee di legno’ by B. Bartók (1950); ‘Traumdeutung’ by E. Sanguineti (1964), ‘Il Ratto di Proserpina’ by Rosso di San Secondo (1986).
His refined poetic vocation is expressed not only in lyrical prose (I segni della corda, 1952), but also in numerous collections of verses, full of humour, verbal games and nonsense (Amato topino caro, 1971; Scarse serpi, 1983; Le sillabe della Sibilla, 1988; I violini del diluvio, 1991; ecc.).