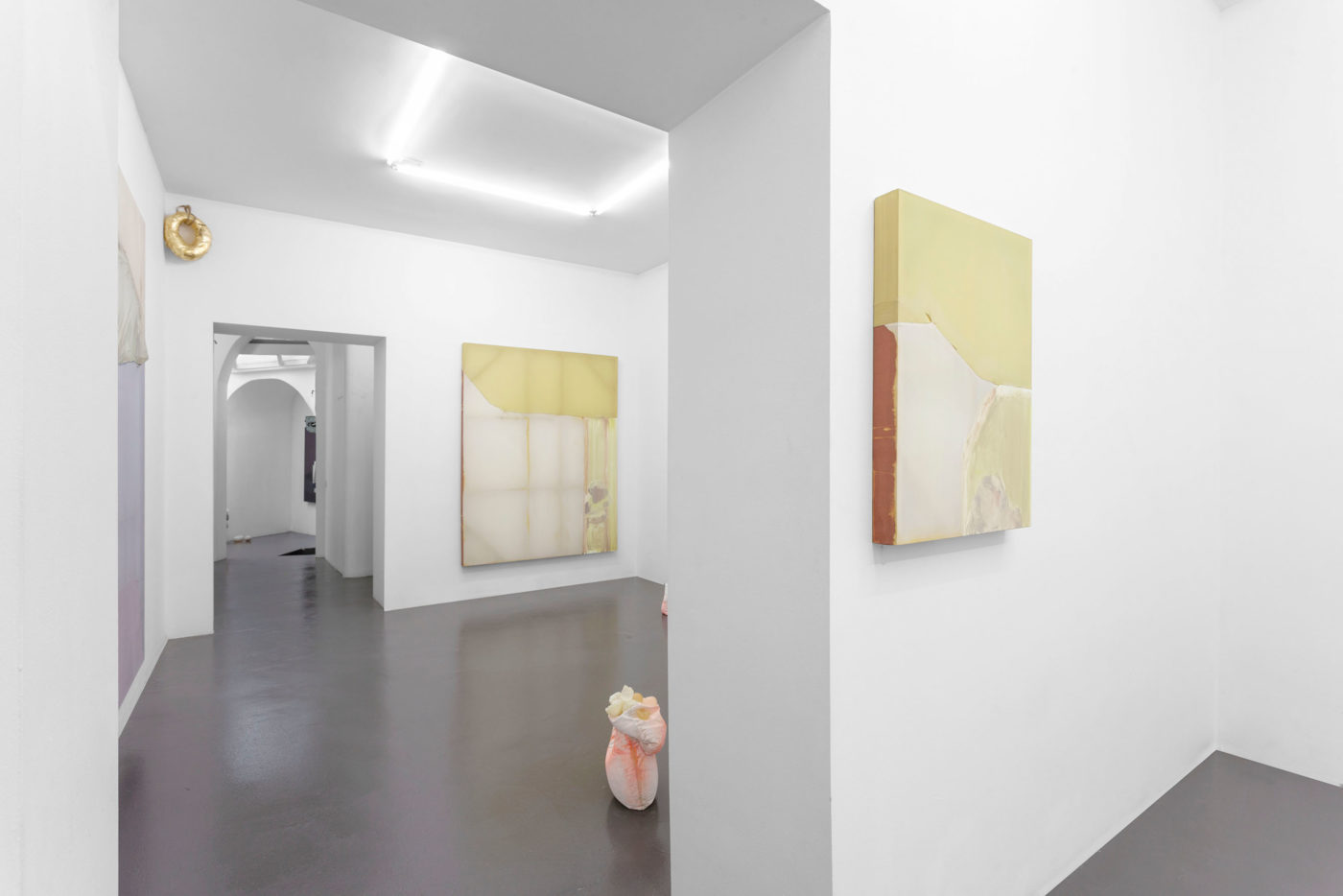 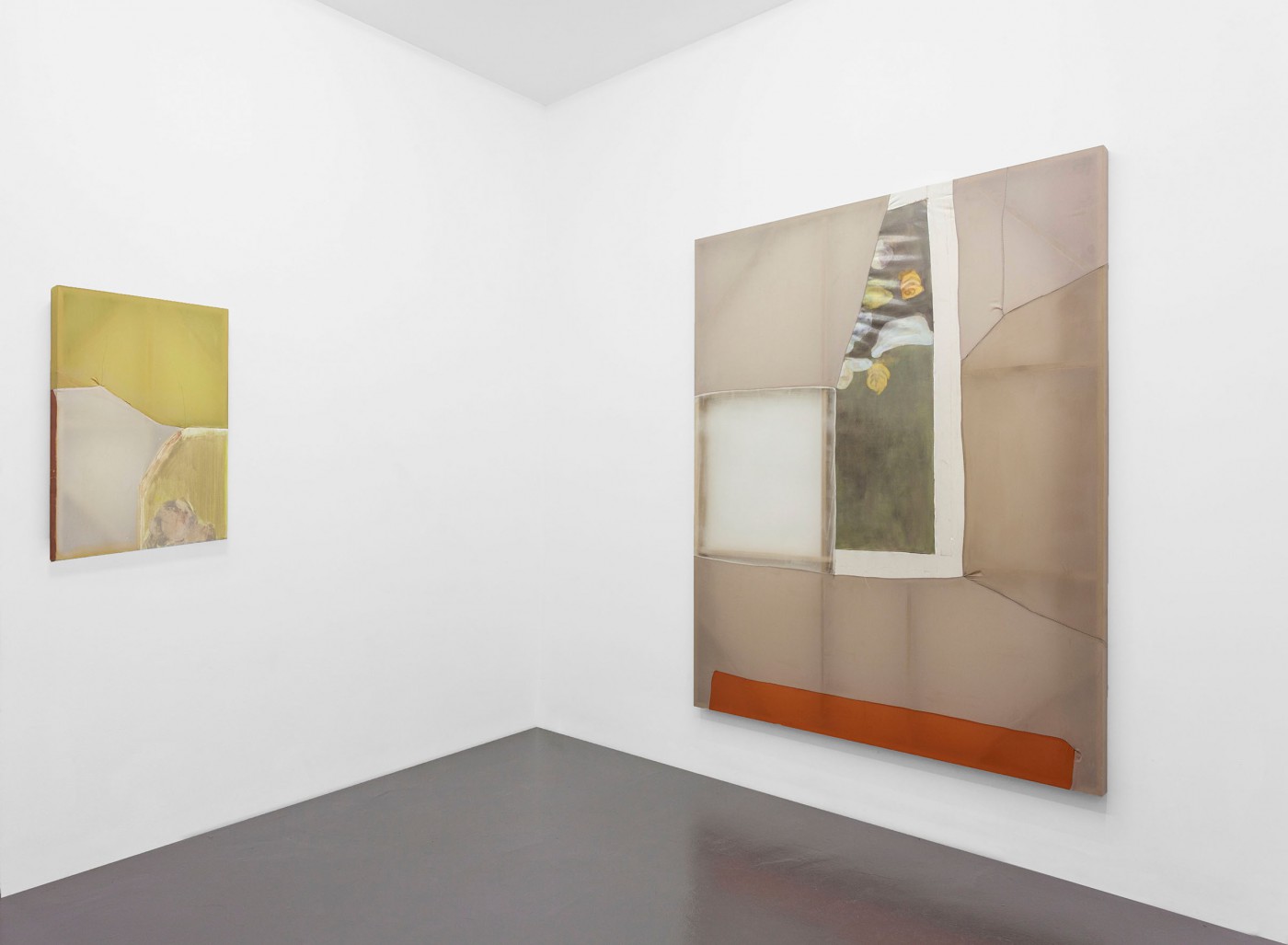 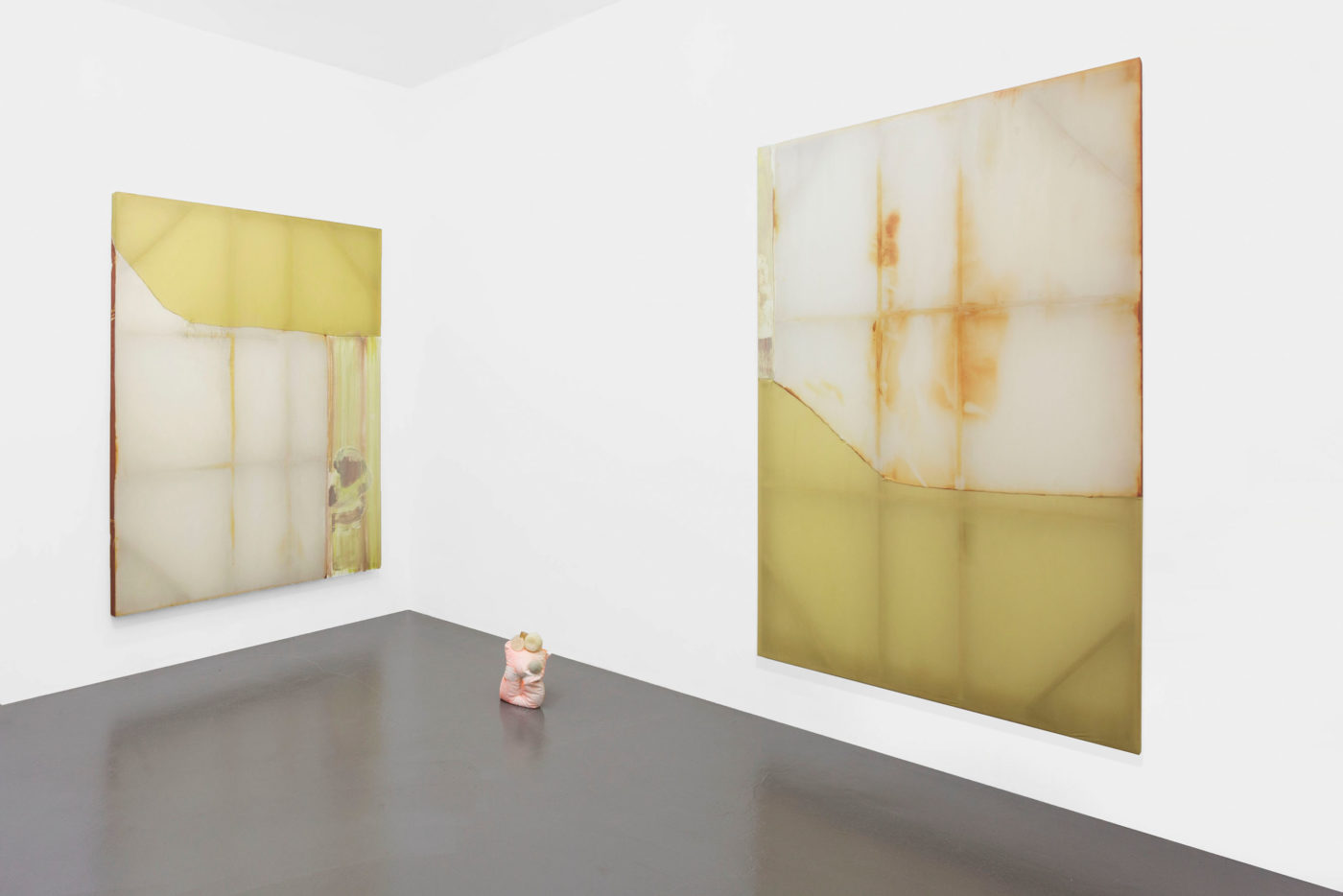 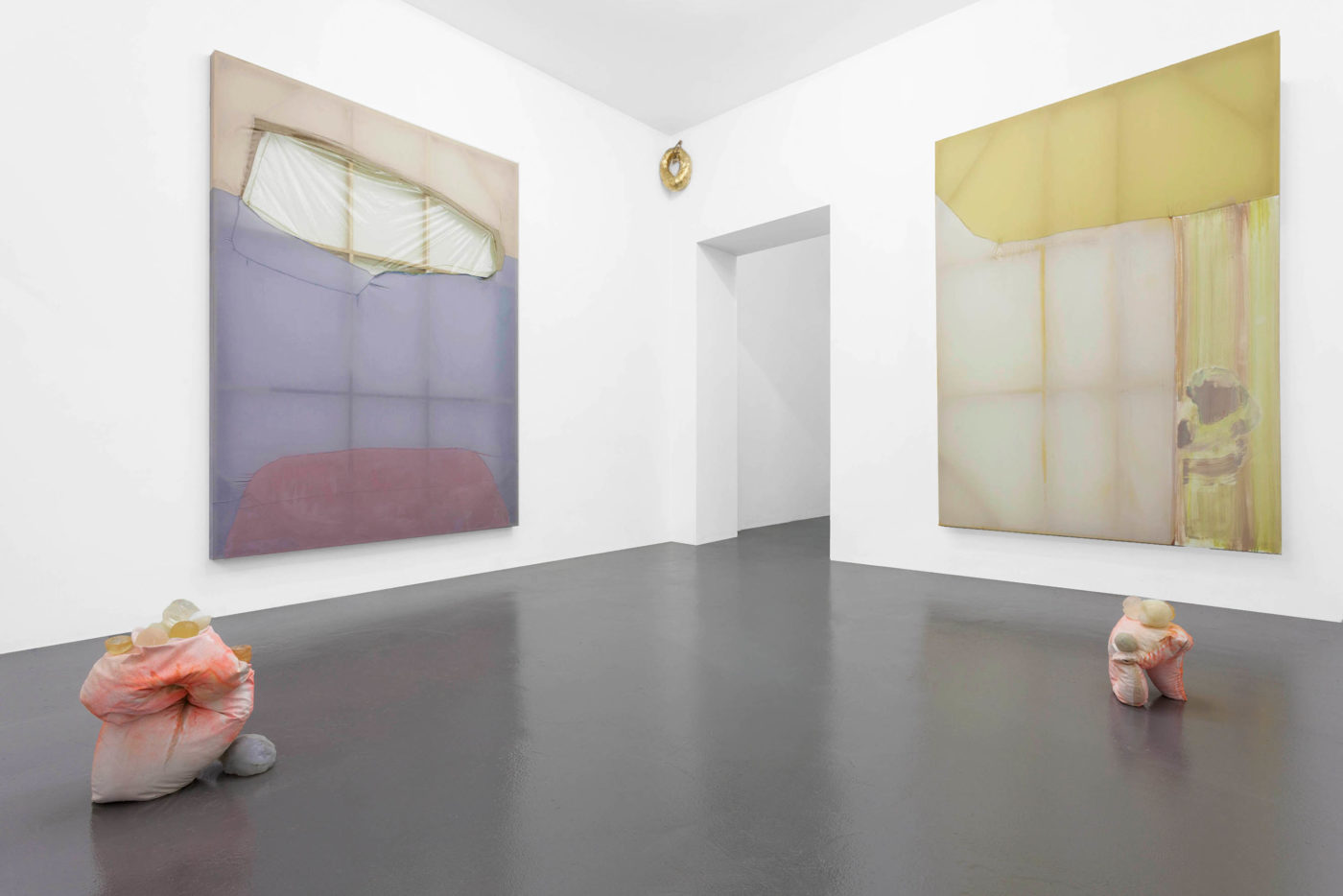 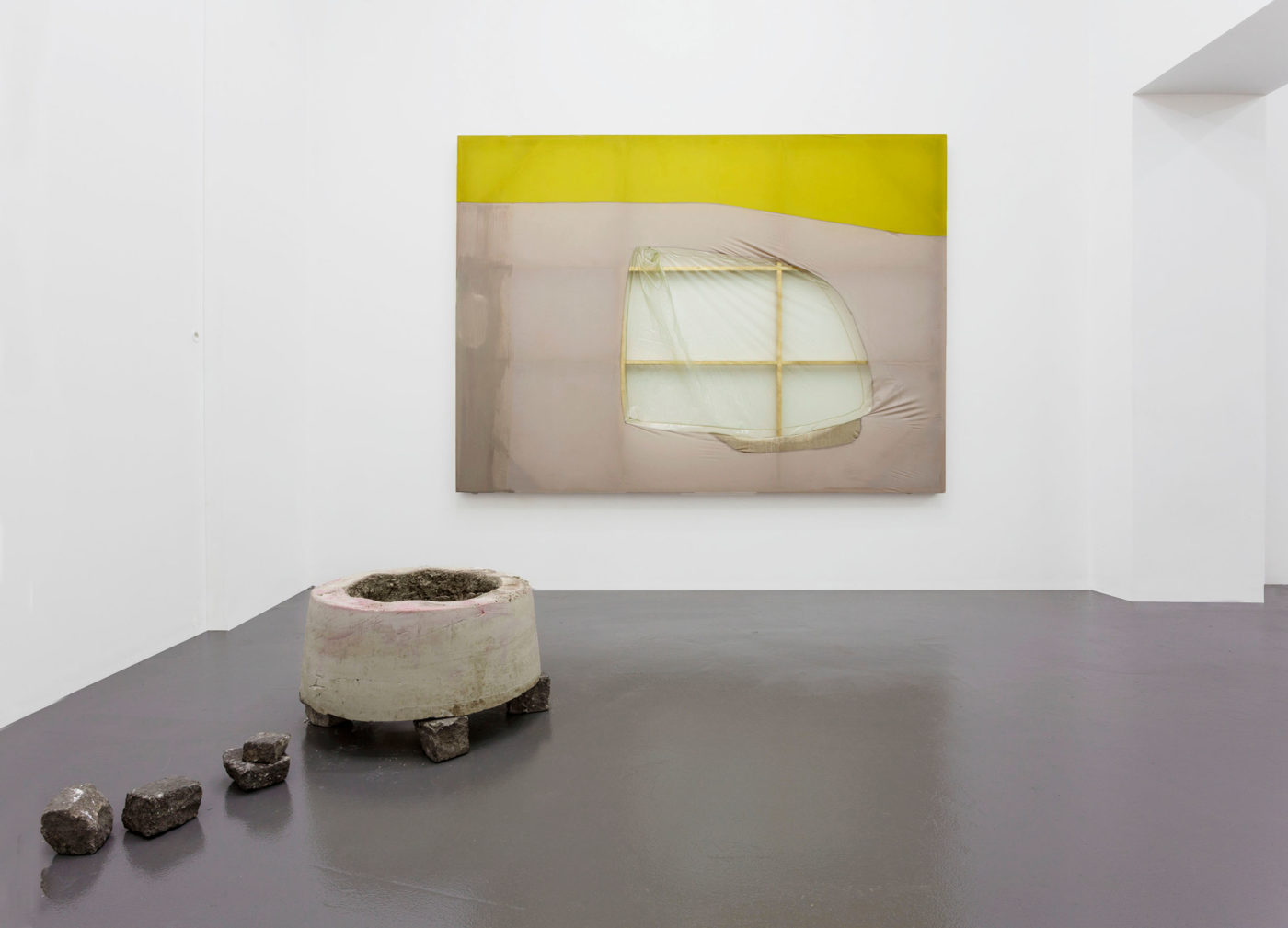 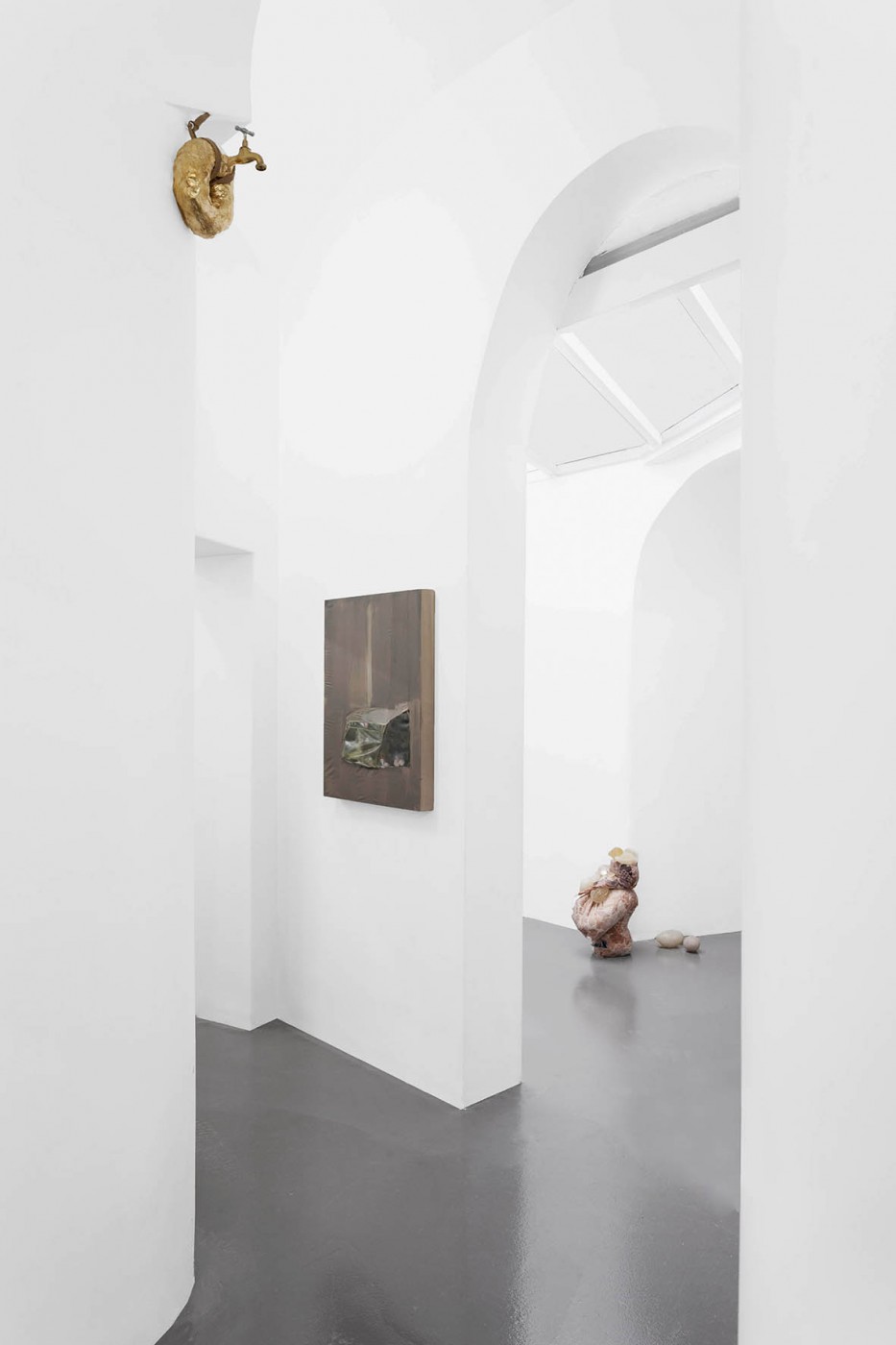 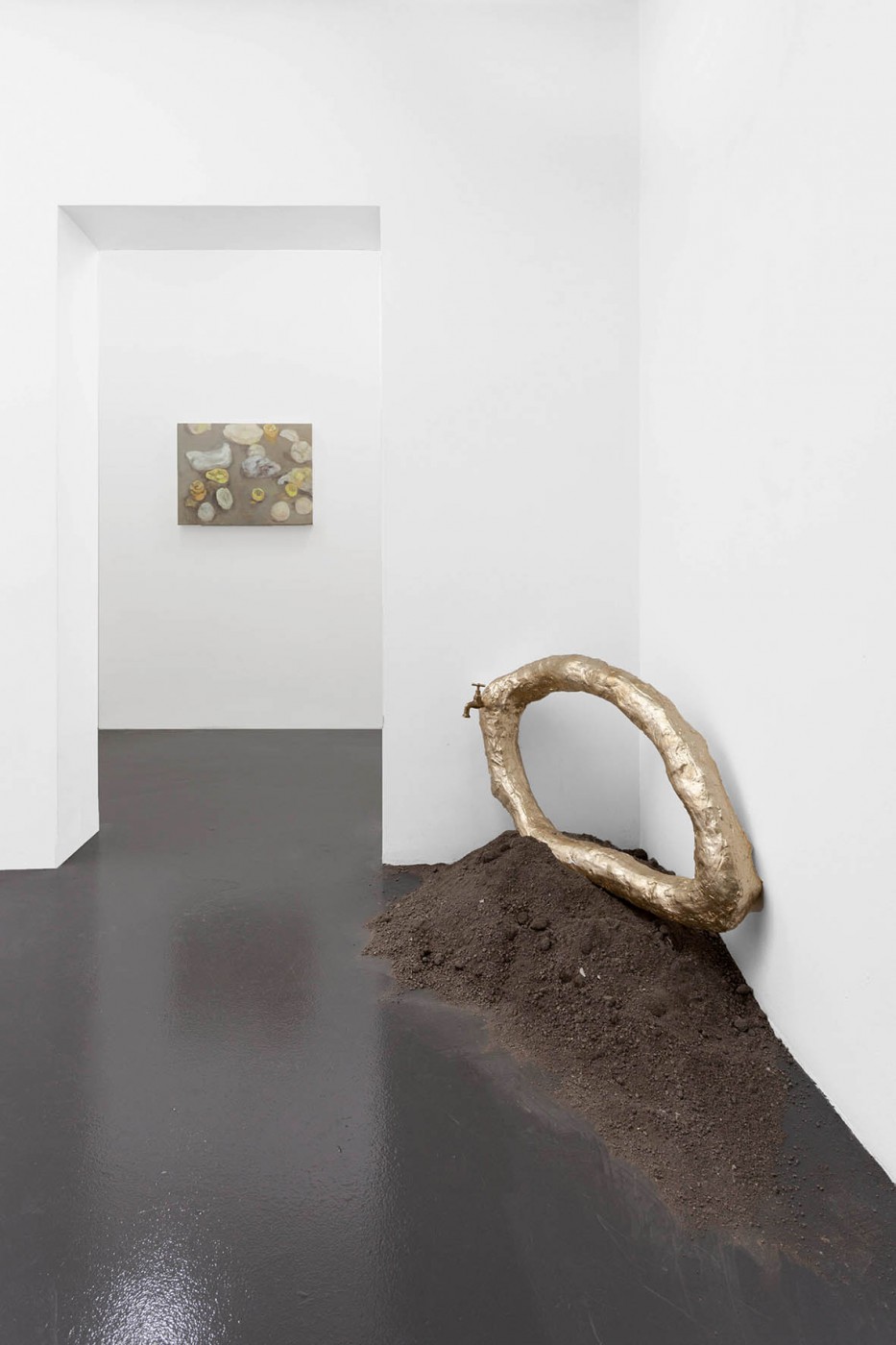 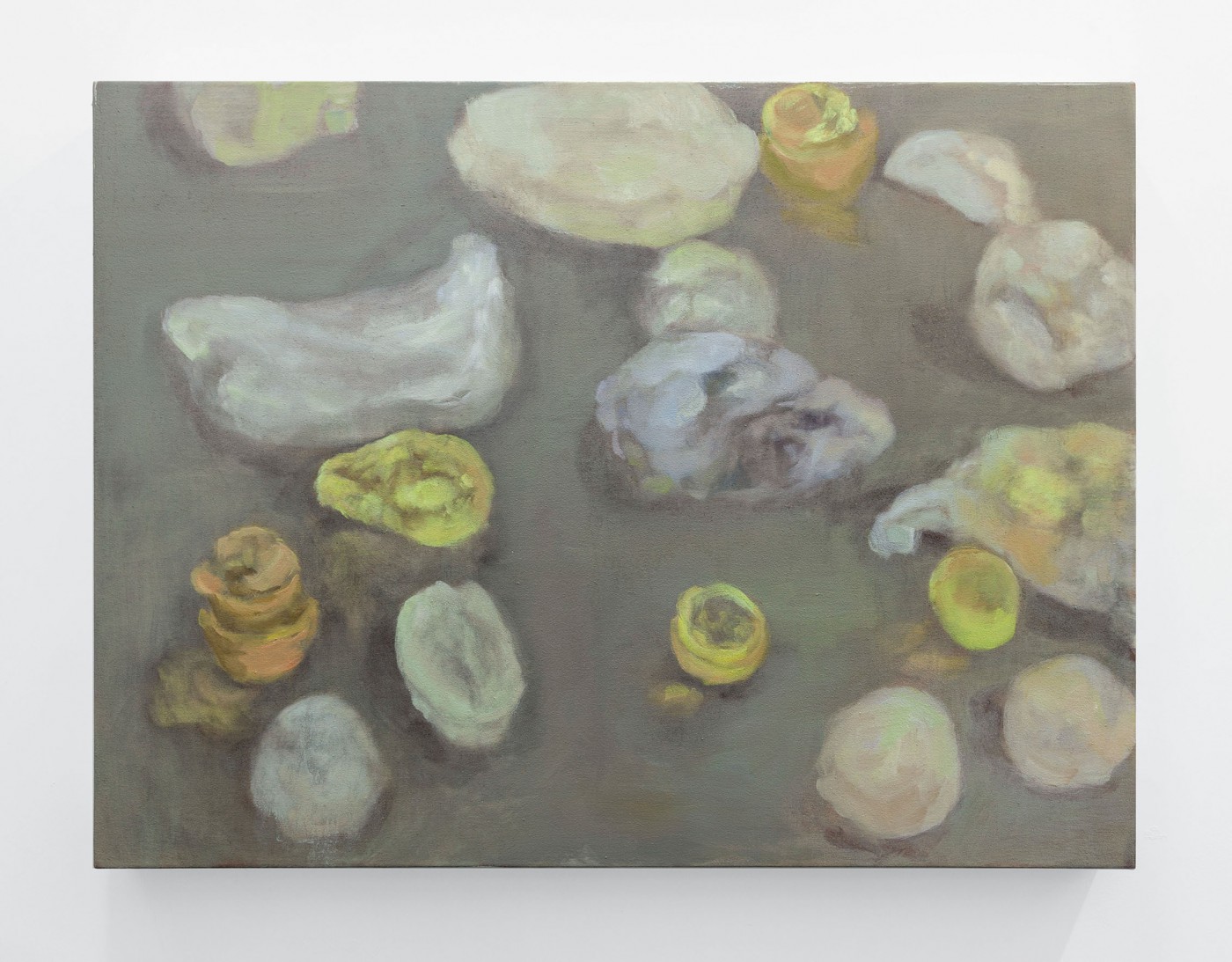 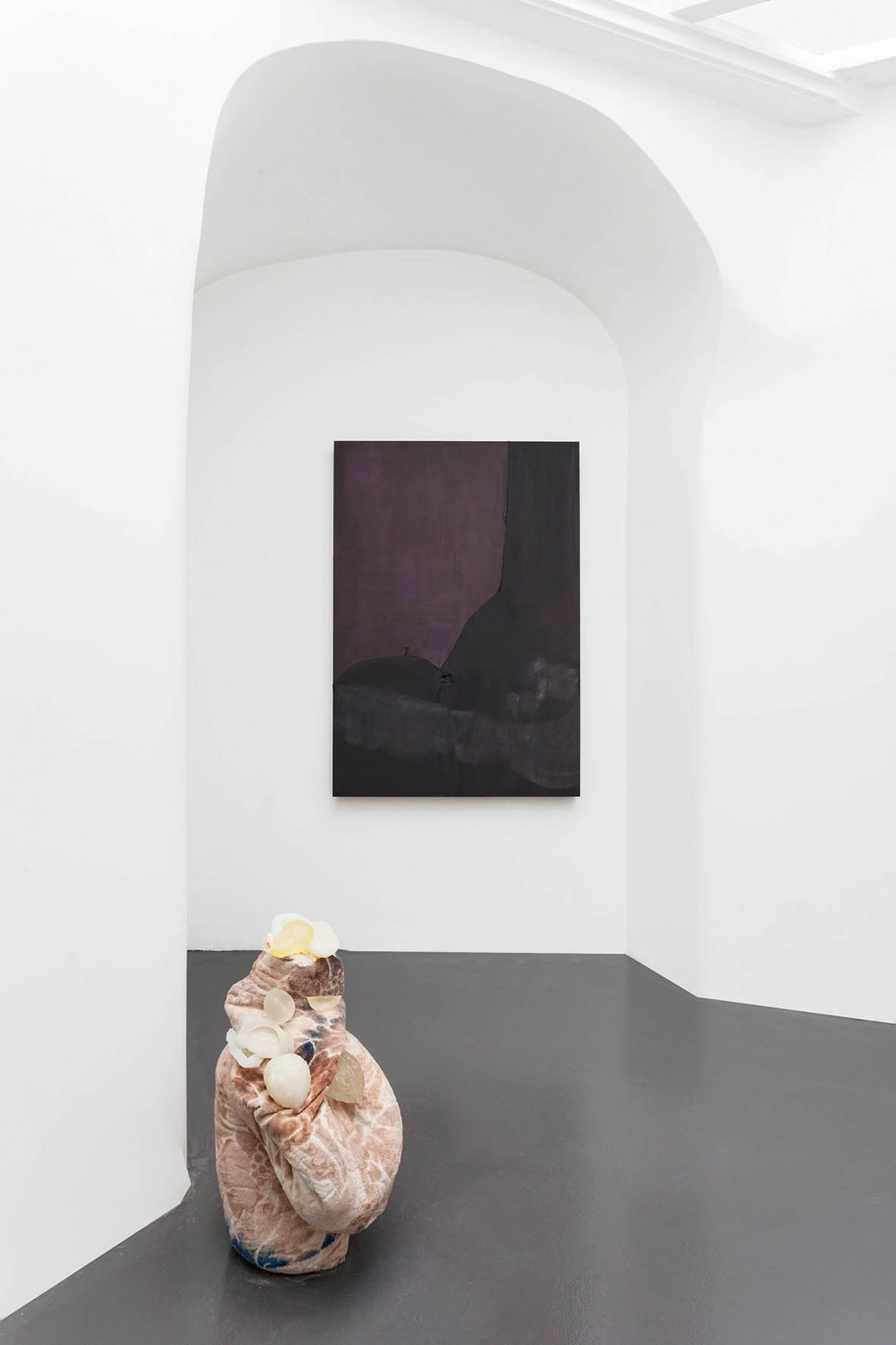 T293 is pleased to present Sunbathing in the Shadow of the Volcano, the first solo show in Italy of Los Angeles-based artist Erica Mahinay.

Sunbathing in the Shadow of the Volcano extracts from traditional and familiar tropes of the nude, the still life, and the landscape in order to play with the complexities and absurdity of a contemporary human condition in which the options for reinventing the self are countless and accessible.  Coming as a result of Erica Mahinay’s one-month residency at the gallery, the project explores what it is to be and to become, taking on longstanding questions about the meaning of life by scratching the surfaces that limit and shape our experience.

Blurring the boundaries between gesture and action, as well as between presence and absence, Mahinay sets an existential landscape within the gallery walls. In the series Thin Skins, she both questions and celebrates the possibility of contemporary painting practice. Translucent surfaces expose the structure of the stretcher bars, highlighting the thinness of surface and the tenuousness of illusion.  Surface seduces and acts as a penetrable boundary. Painting becomes a visual notation on the cusp of articulation—just at the tip of the tongue.

Not only surface, but also the weight of work is at play. In the series Sand Slumps, Erica Mahinay sidesteps the monumentality that usually informs our idea of sculpture, and employs gravity to dictate the object’s impermanent position. Placing cast resin fruits and silicon molds atop sand-filled forms, she updates the traditional vanitas arrangement and presents a morphed version of idealized, perfectly molded beauty.

Affected by the energy of the Neapoletanian environment, Erica Mahinay deploys volcanic sand as a means to recall a both disruptive and regenerating source.  Used in both its absence and presence, the volcanic earth becomes either the mold used to cast the plaster form or the filling and body for Sand Slumps. In her plaster works, such as Golden Springs and Fountain of Youth, gold-leafed circular forms posit the possibility for a cyclical and mystically renewable resource, conveniently poured from a tap.

Pairing narcissism and hubris with vulnerability and desire, Sunbathing in the Shadow of the Volcano aims to manifest the paradoxical, natural tension that occurs in defining and redefining our selves. Enlisting constant reinvention, the failure and deflation of these efforts become exposed, and the project embodies the condition of the now in order to question the possibility for composing the future self.