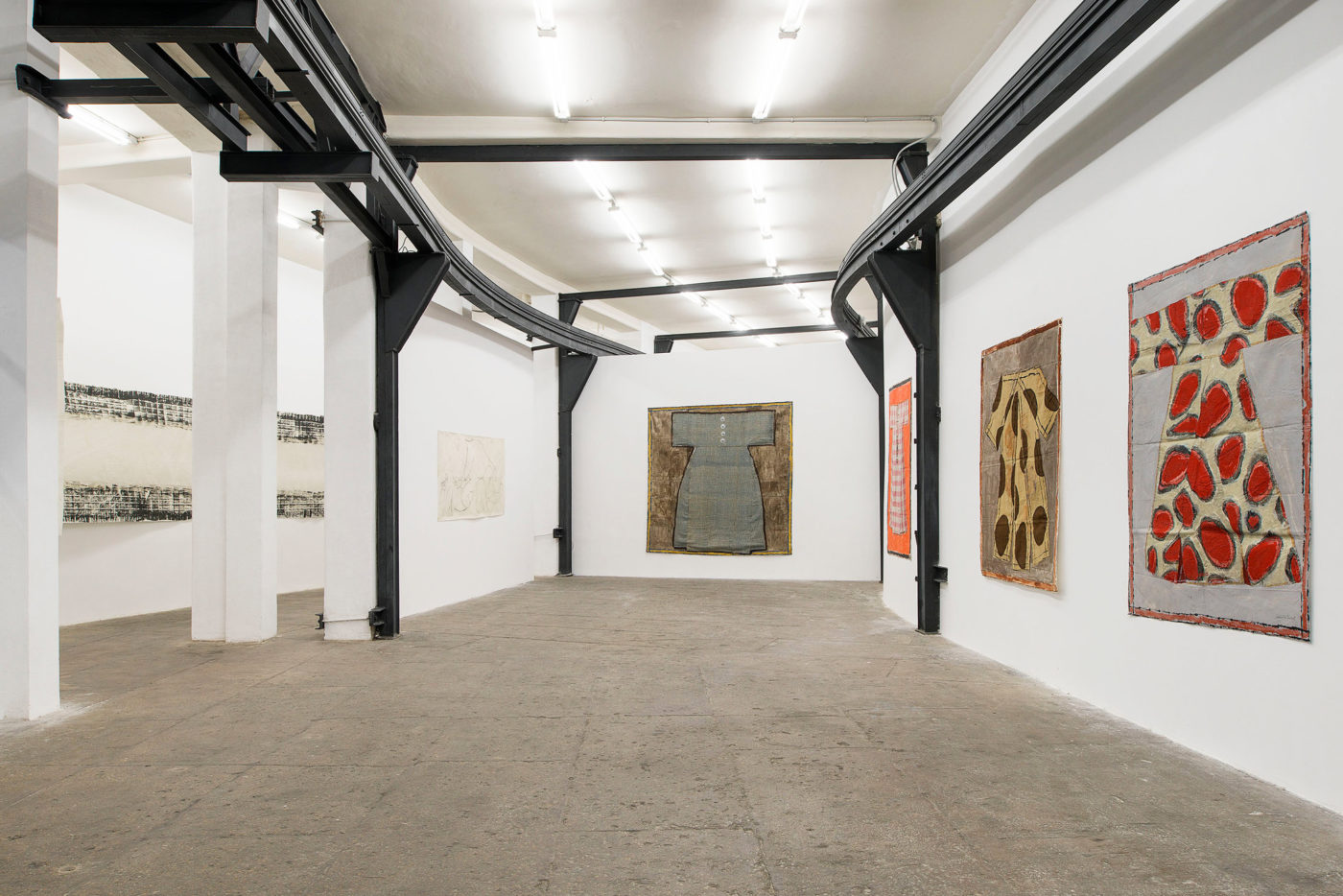 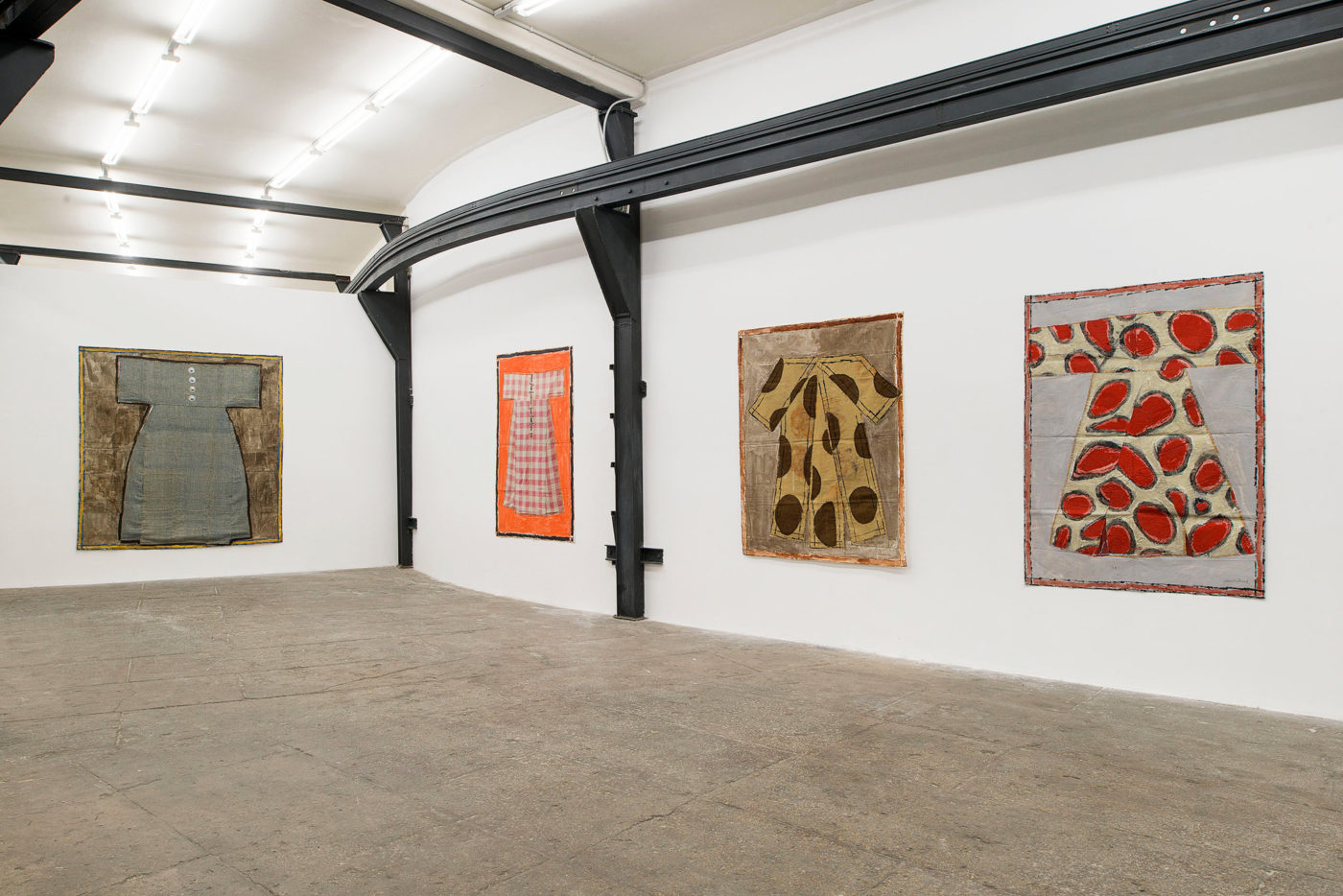 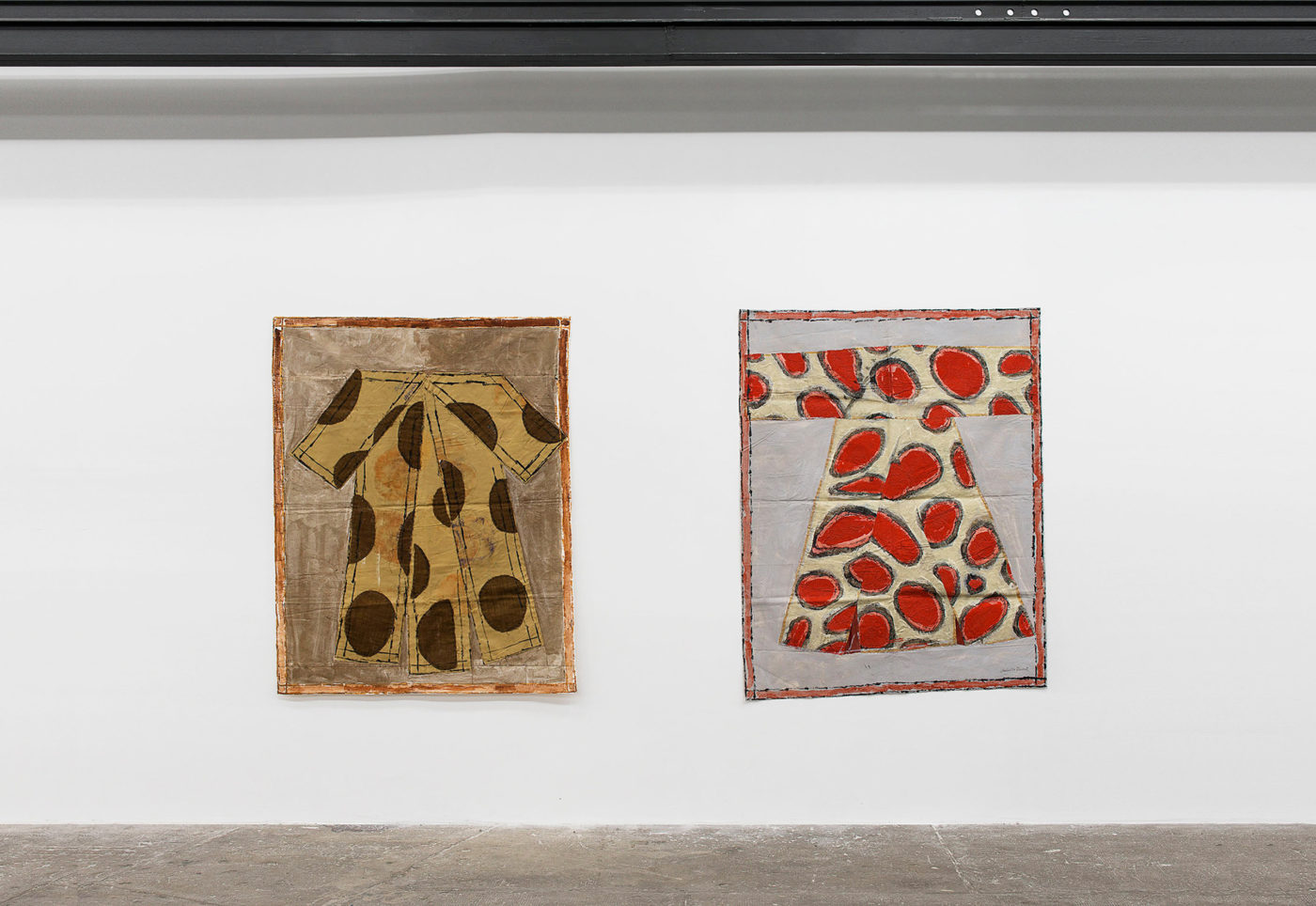 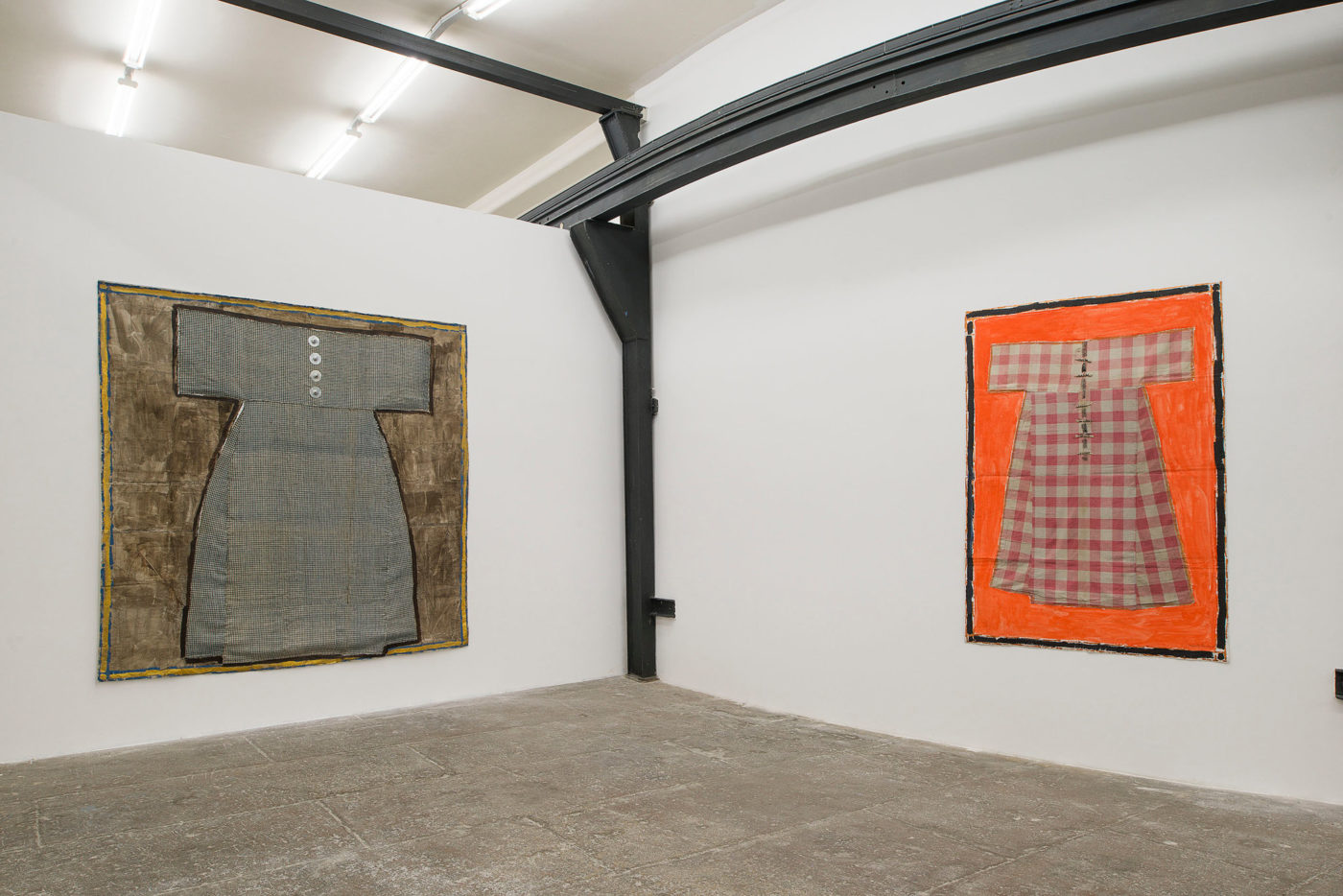 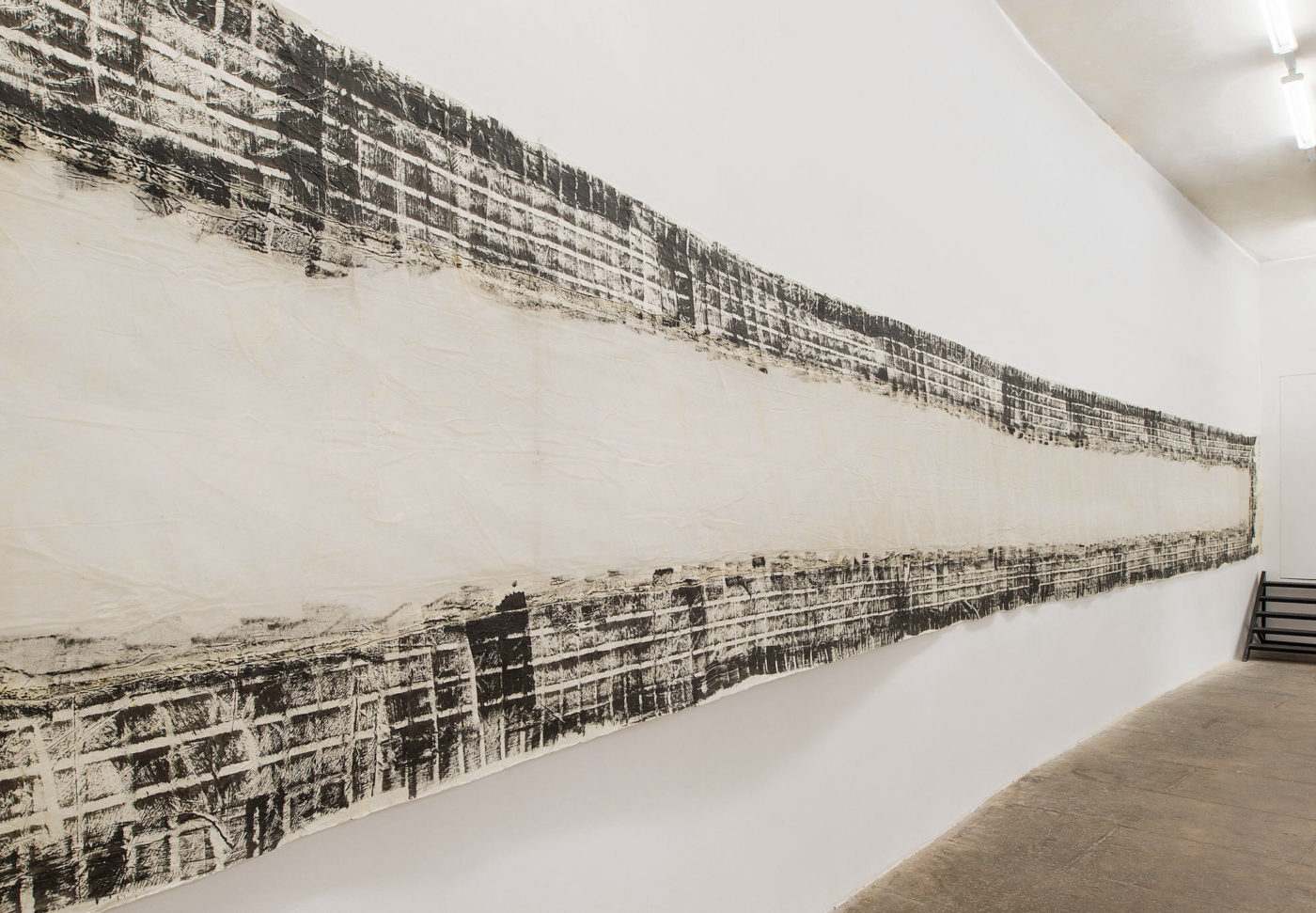 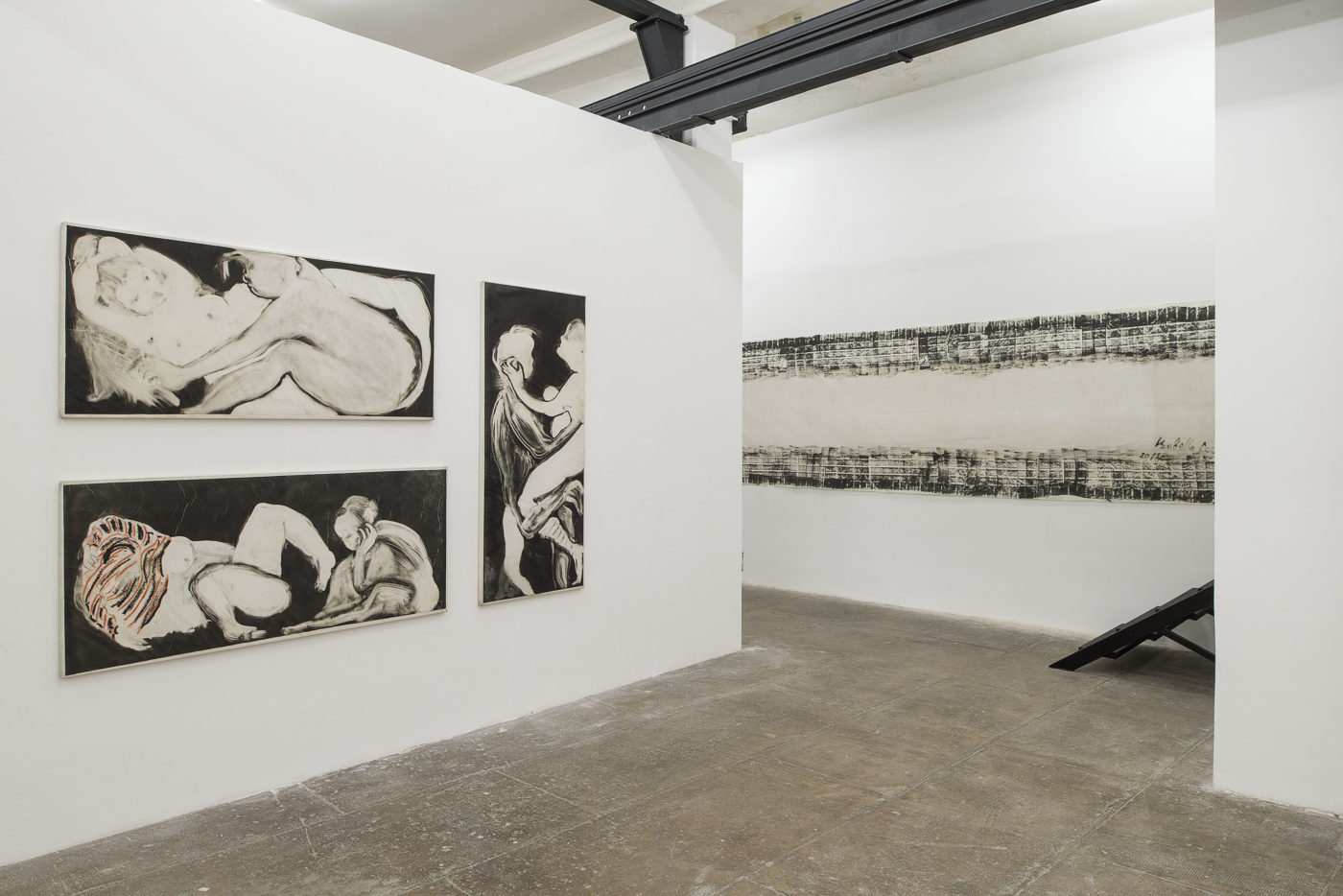 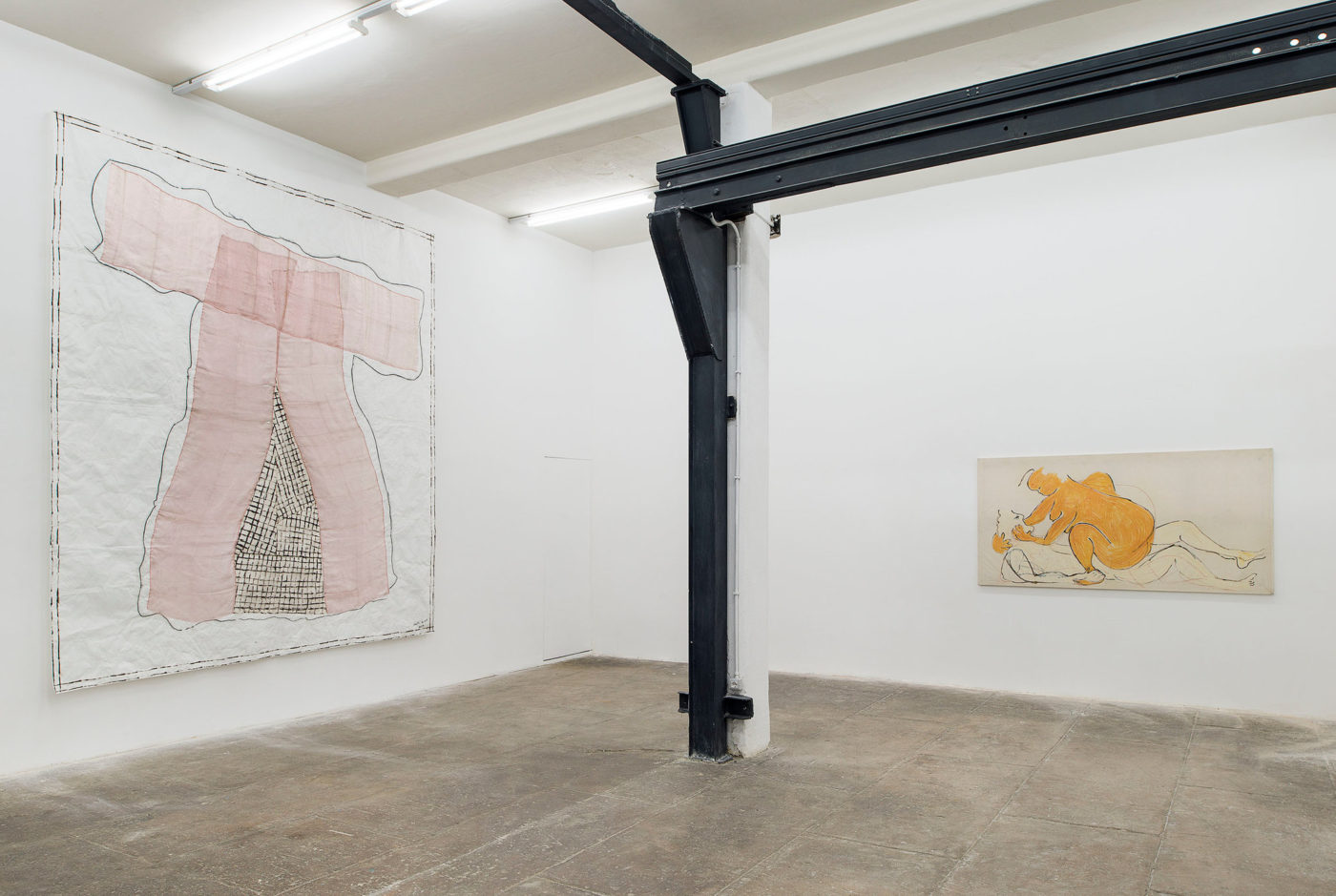 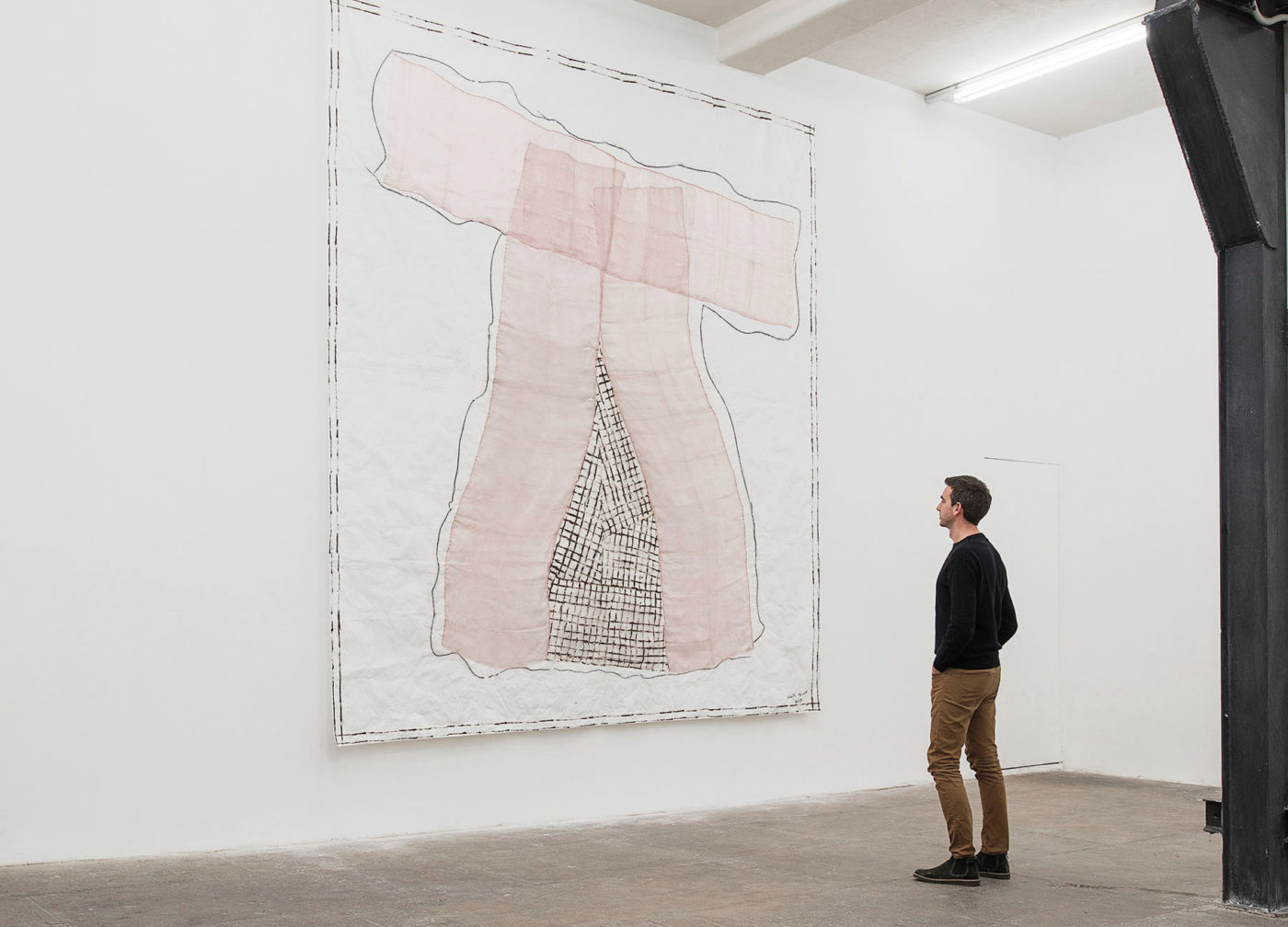 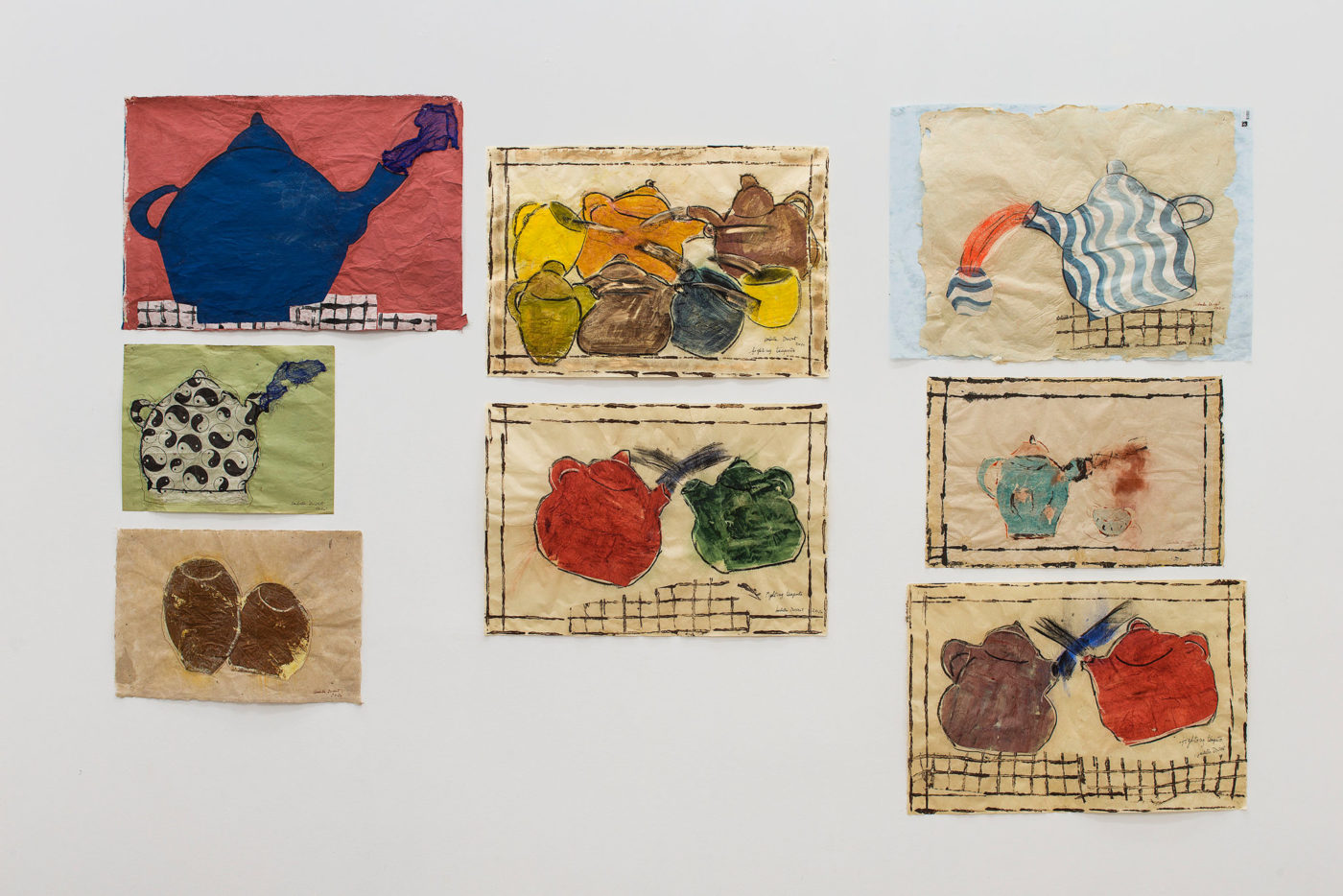 Isabella Ducrot, for her first solo exhibition at T293, presents several groups of works, some of which will be publicly exhibited for the first time. Large square fabrics, repetitions of abstract painted motifs and drawings form a universe of compositions in which multiple materials intertwine, including paper, paint and various types of fabrics. The title Opere a ripa pays homage to one of the most ancient areas in Rome, in front of the original nucleus of the Forum Boarium, and underlines the importance of the area in which the gallery is located to the conception of the exhibition.

Isabella Ducrot’s artistic career begins, one might say, with her being a passionate fabric collector. In fact, the artist has been collecting from her numerous travels in Asia, a place that continues to exert a particular charm on her, that went to constitute the primary material of her artistic production: the fabrics.

After collecting them, during the eighties Ducrot decided to reuse these fabrics, depleting their historical contents and freeing them from their places of origin, in order to give them a new meaning and instill a new aesthetic life in them. The fabrics take shape of elegant and colorful women’s dresses, waves and plaid shaped, from Tibet and Japan, which express the artist’s feminine poetics in all its strength.

Having collected fabrics throughout her life Ducrot acquired a familiarity which allowed her to treat them as pure matter, using them as an ethereal basis for her poetic interventions. Physical reworking of the fabrics takes place fully respecting its original composition. In fact, unlike what commonly happens in pictorial practices, the artist does not stiffen the fabrics with plaster and frames, but presents it free in space, enhancing both its lightness and vulnerability.

Drawing continuous inspiration from the East, both on the visual and conceptual sphere, in many of her works Ducrot proposes the decorative scheme of repetition, as a way to approach a meditative state. In the artist’s work, the repeated element becomes the object of representation itself, the protagonist of the image, as demonstrated by the fact that some of the works’ titles directly recall the type of the illustrated repetitions.

Turbante (2014) is an 18-meter-long strip of light white cotton that the artist purchased in New Dehli (India). The fabric – intended to ornate a men’s head – is coated with an equally long piece of squared paper and extended along the corridor of the gallery, where it is presented in all its integrity and monumentality.

Isabella Ducrot (Naples, 1931) lives and works in Rome. She exhibited her works in Milan, Paris, Berlin, New York and Rome. In Naples, at the Vanvitelli metro station features two mosaics by the artist. In Rome Ducrot had two personal exhibitions at the GNAM and participated at the Venice Biennale in 1993 and 2011. Among the most recent exhibitions: the solo exhibition at the Galerie Gisela Capitain, Cologne (2019), Capitain Petzel, Berlin (2019), Maja Arte Contemporanea, Rome (2019) e Galleria Mezzanin, Geneva (2020).