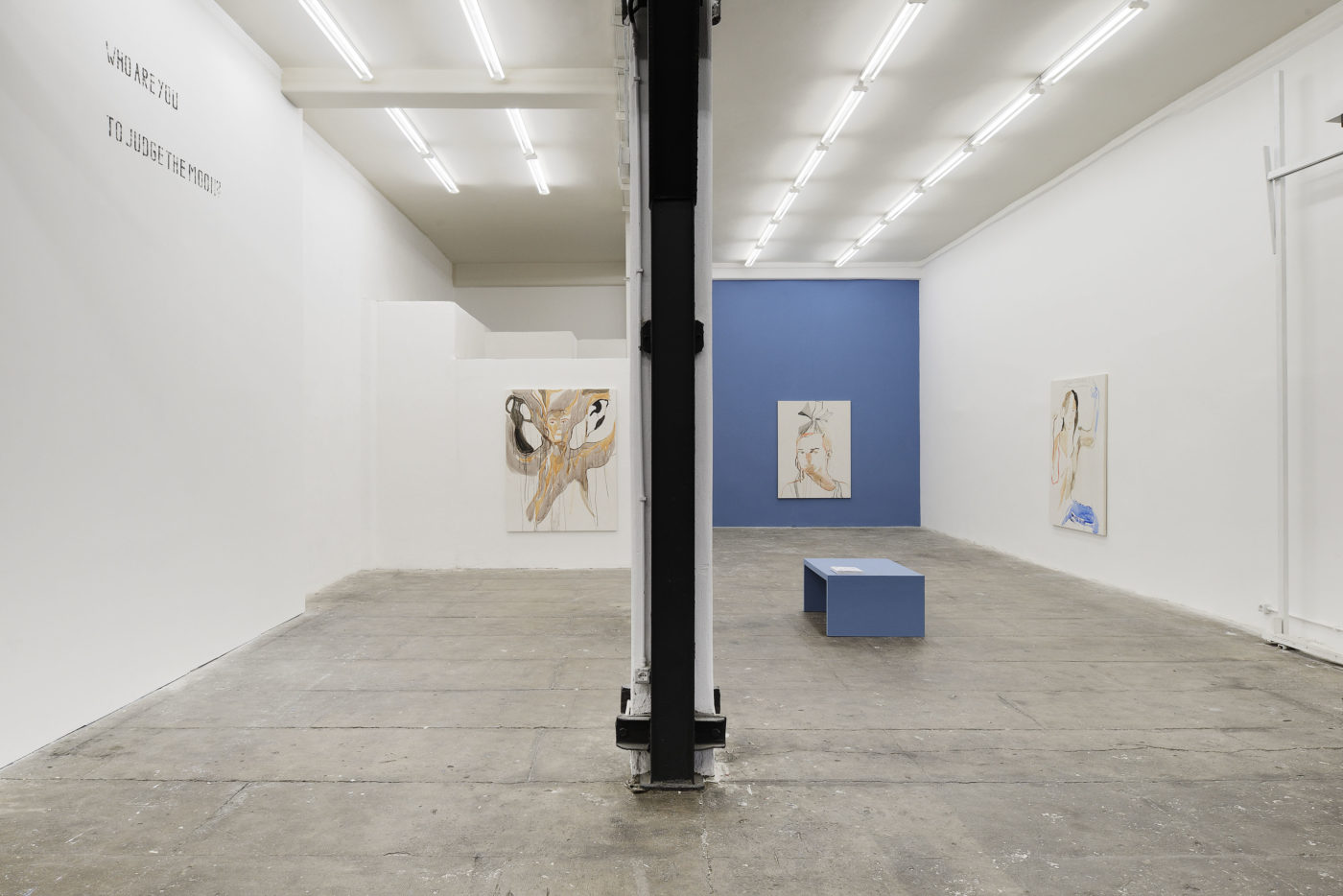 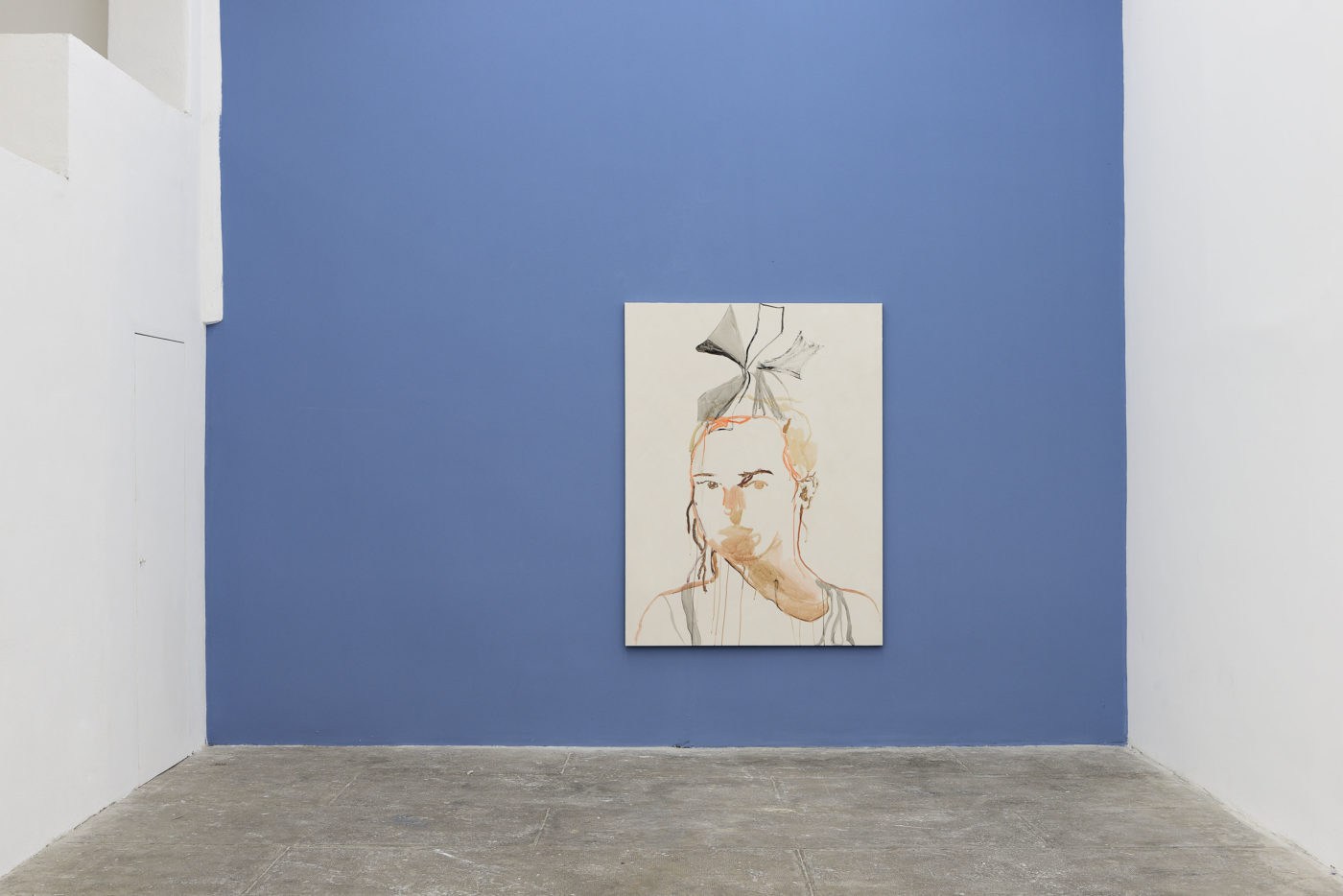 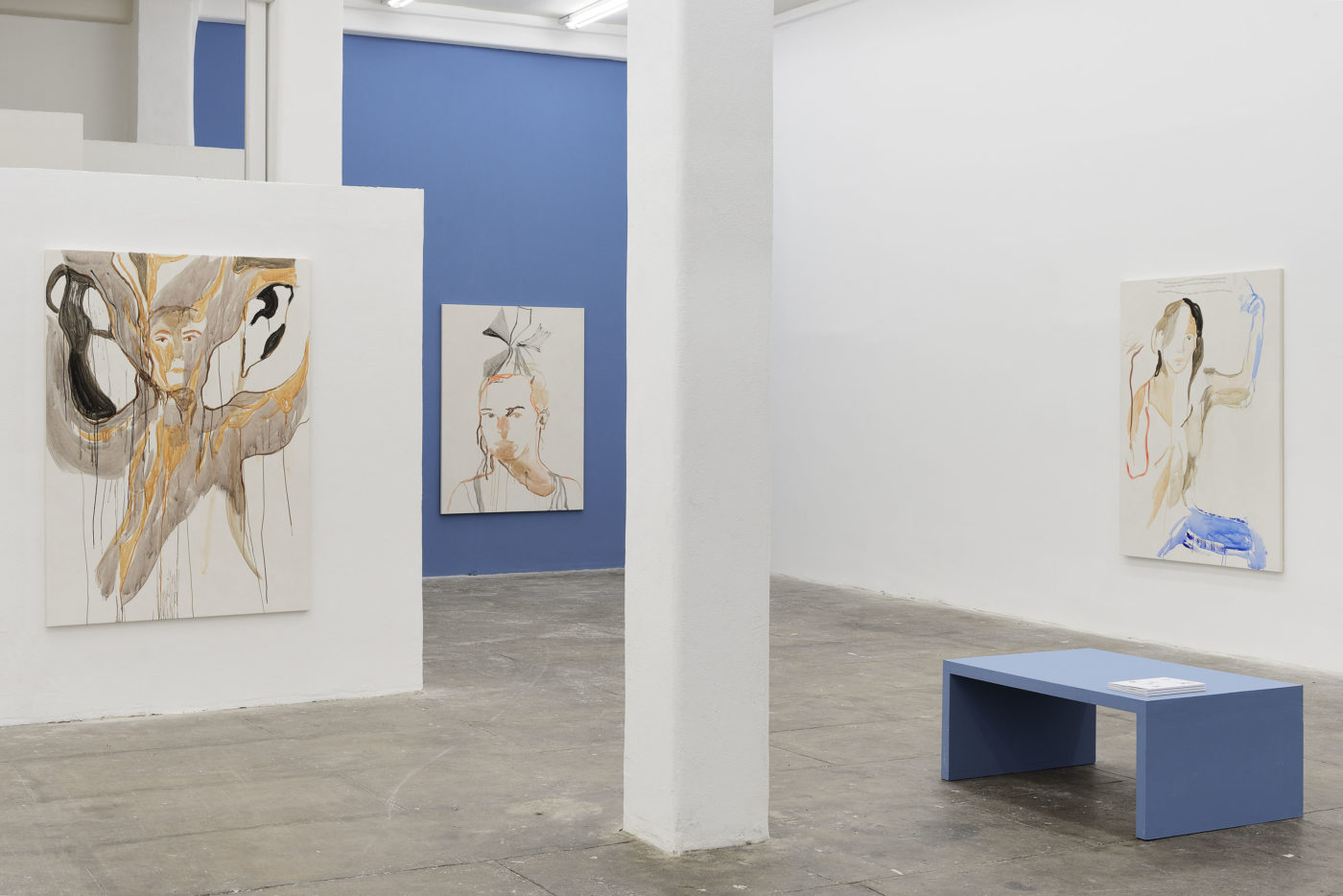 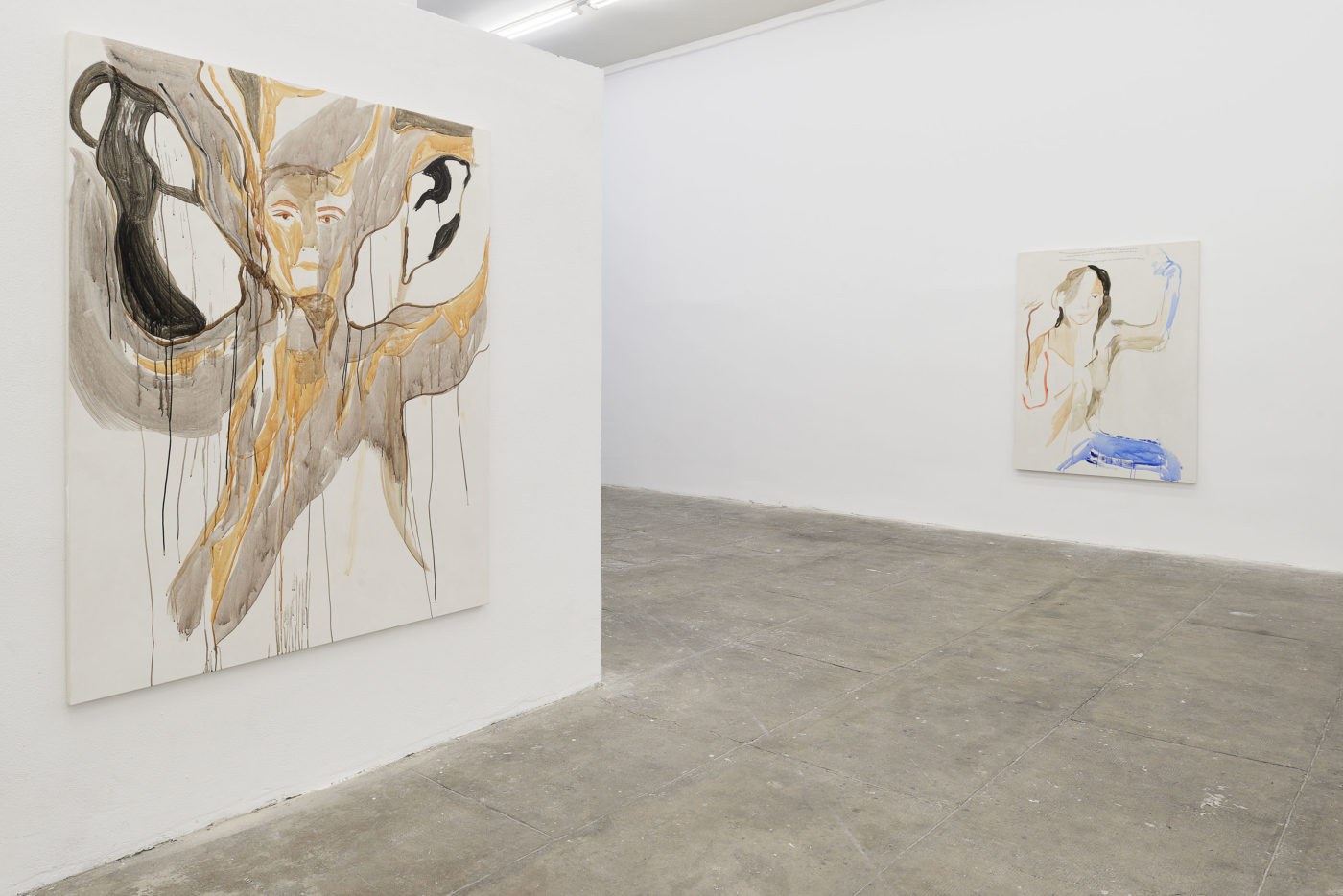 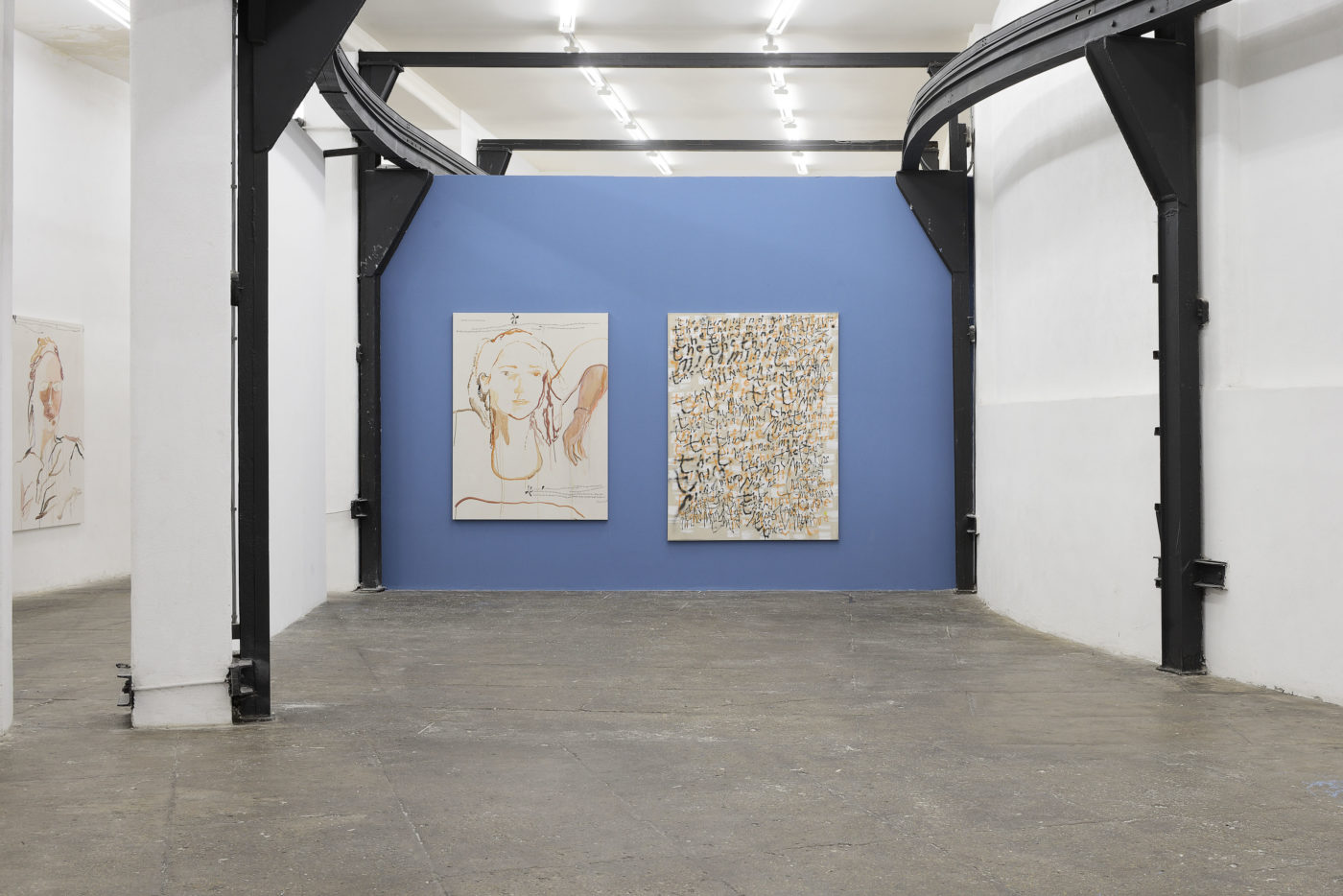 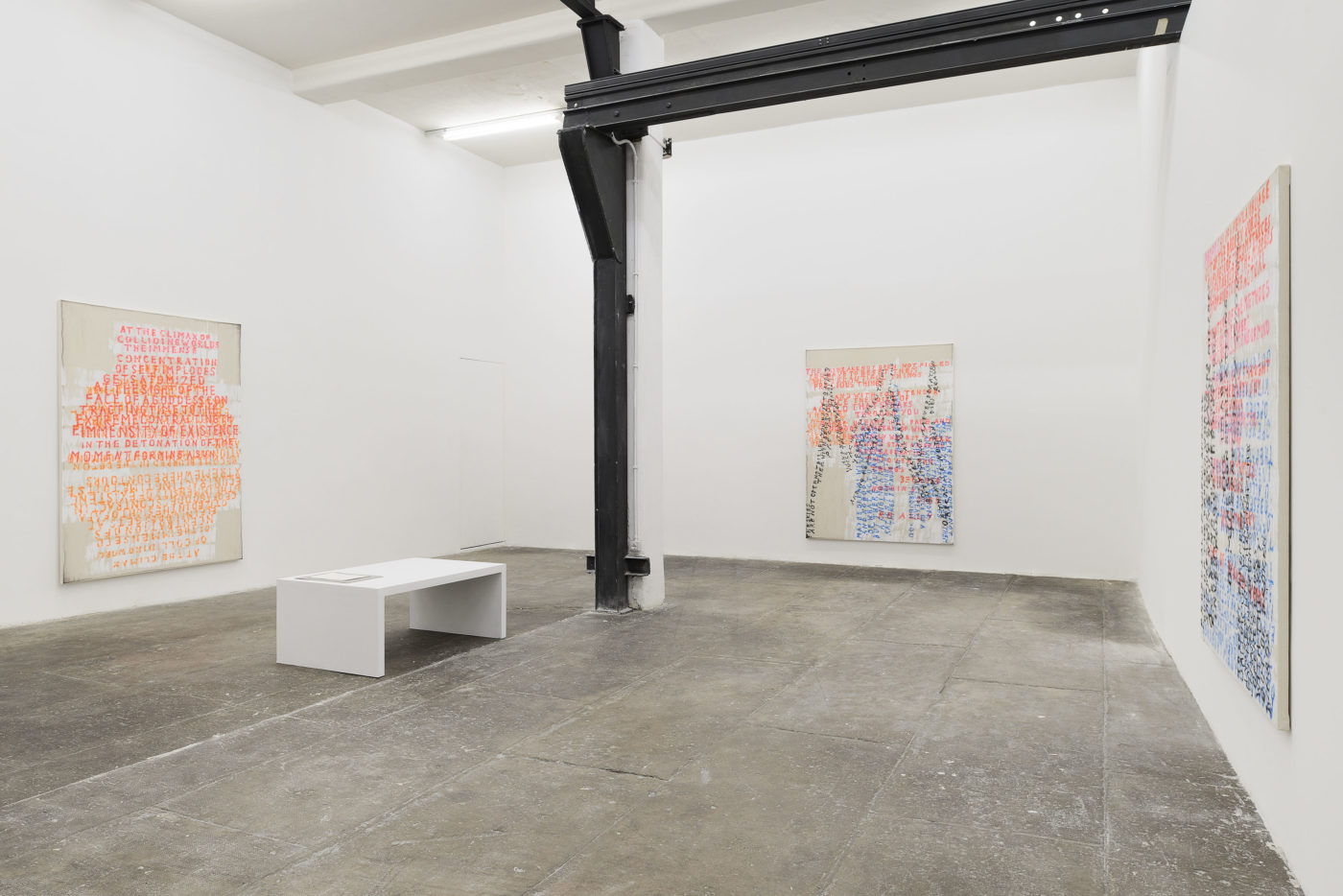 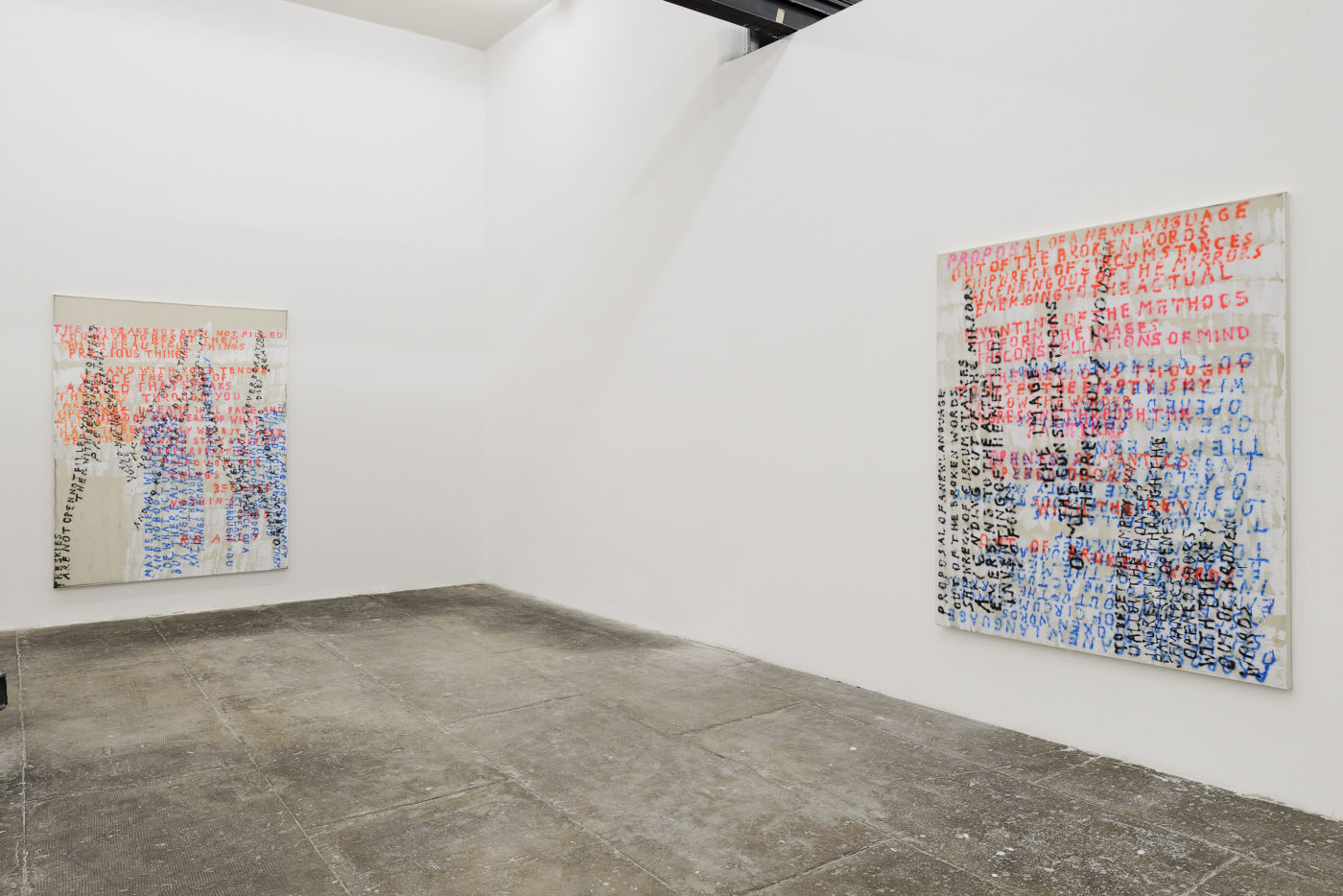 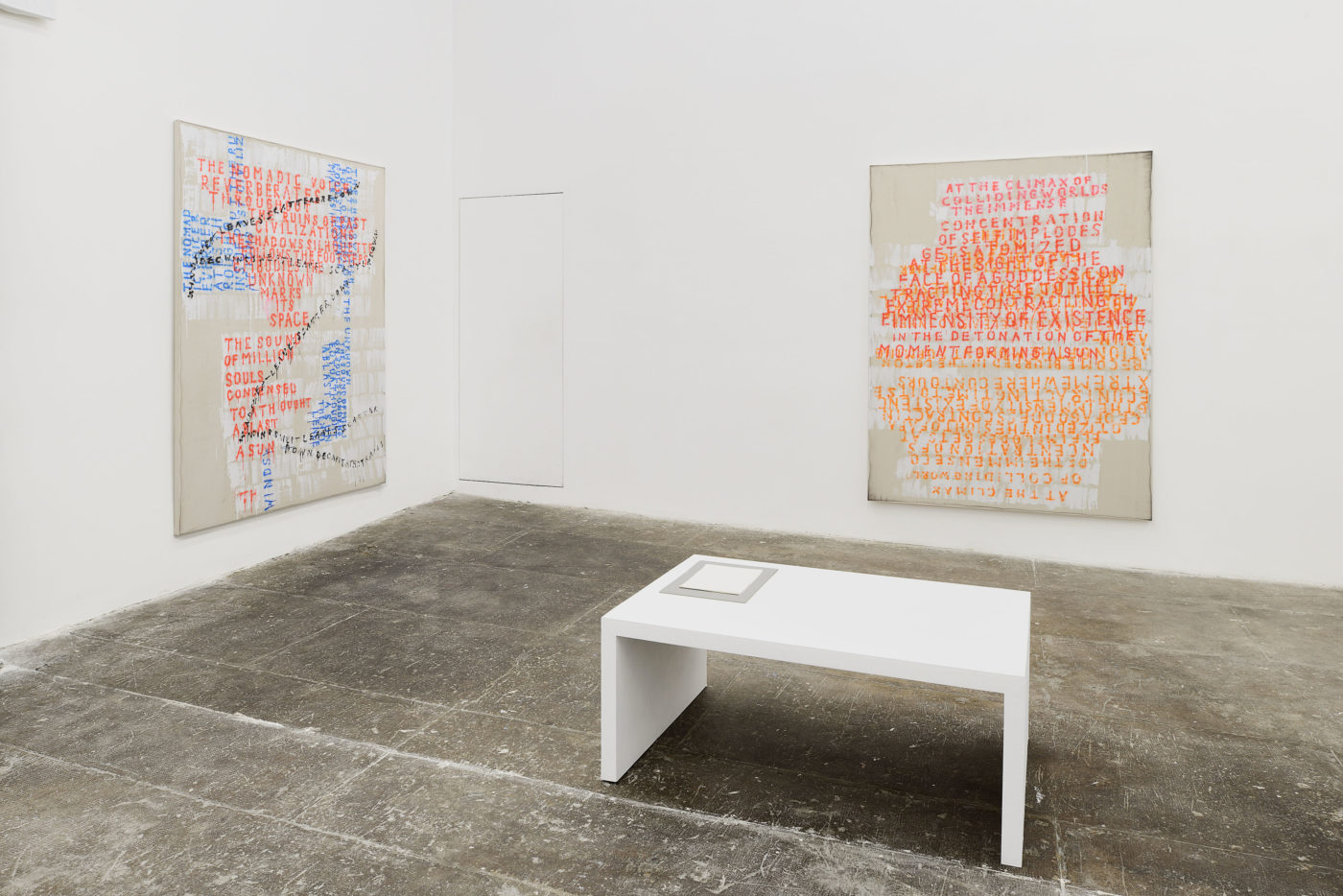 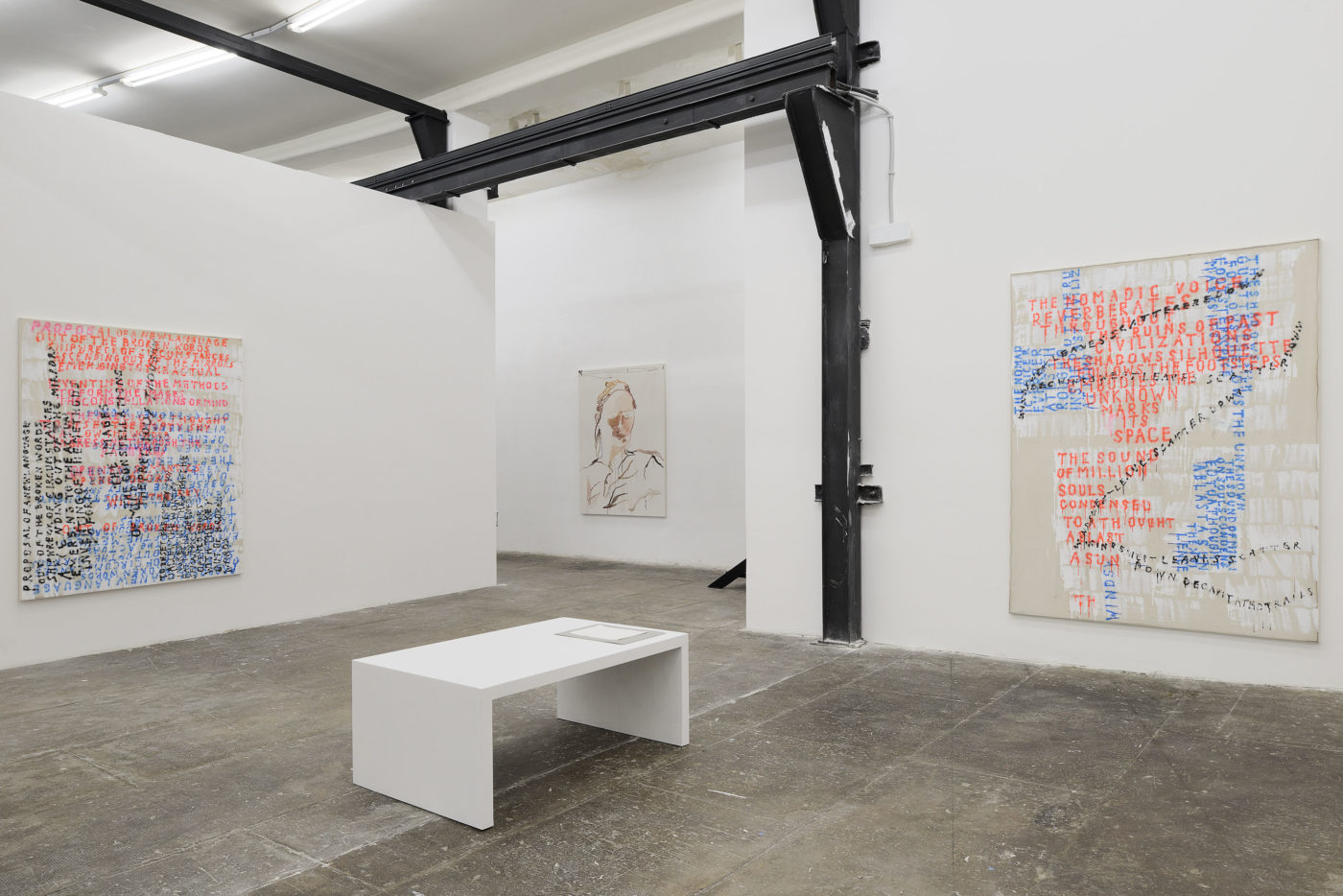 The Blast is the first two-person show by Henry Chapman and Fabian Herkenhoener presented at T293, born from a dialogue between the two artists. Consisting of new works and texts written for the occasion, the exhibition reflects on the ways language and painting converse, and finds emotional resonances between the two.

Despite cultural and geographical distance, Chapman and Herkenhoener share a conceptual engagement with language. Chapman is the interpreter of his work, moving between paint and language toward an idea of clarity, while Herkenhoener treats language as overlap, building layers of meaning and enigmatic, visual narratives. These two approaches converge in a common interest for painting to be equally emotional and intellectual.

Henry Chapman (Brooklyn NY, USA, 1987) presents five new paintings and preliminary watercolour studies, as well as a new short story, ‘Crystal.’ The story’s narrative sets the stage for his paintings, which portray versions of the title character. Set in New York in 2002, the fictional story draws in part from Chapman’s personal experiences, containing ideas on the desire for political action, education in the arts, and the complexity of romantic love.

Fabian Herkenhoener (Troisdorf, Germany, 1984) presents a series of new paintings. In his artistic research, language is transformed by a painterly process based on immediacy, chance and intuition. Out of the performative act of painting and the embodiment of the intellectual content, alternative forms of meaning are constituted. A systemic non-linear poetry and writing is the source of visual traces. These form a new cryptic imagery, which processes an inherent poetic moment and motions of mental and emotional activity. The new works are thematizing a spirituality of desire and the search of a voice in times of upheaval and unrest.

The Blast (literally ‘violent gust of wind, explosion’) refers to the name of an early 20th Century anarchist publication; it is also an expression of the immediacy and directness both artists seek in their work.

Download here the supplementary Fanzine made for this occasion.