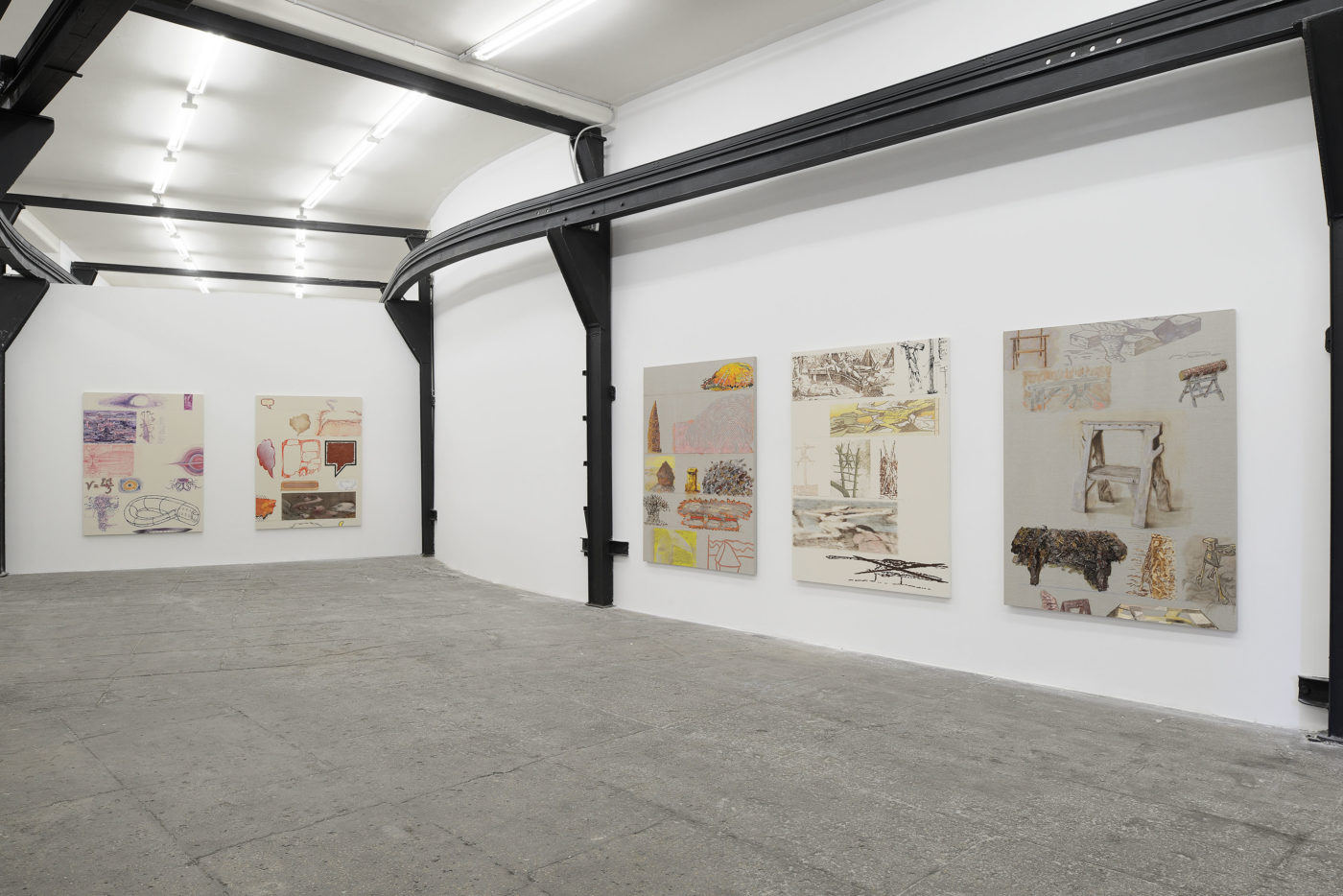 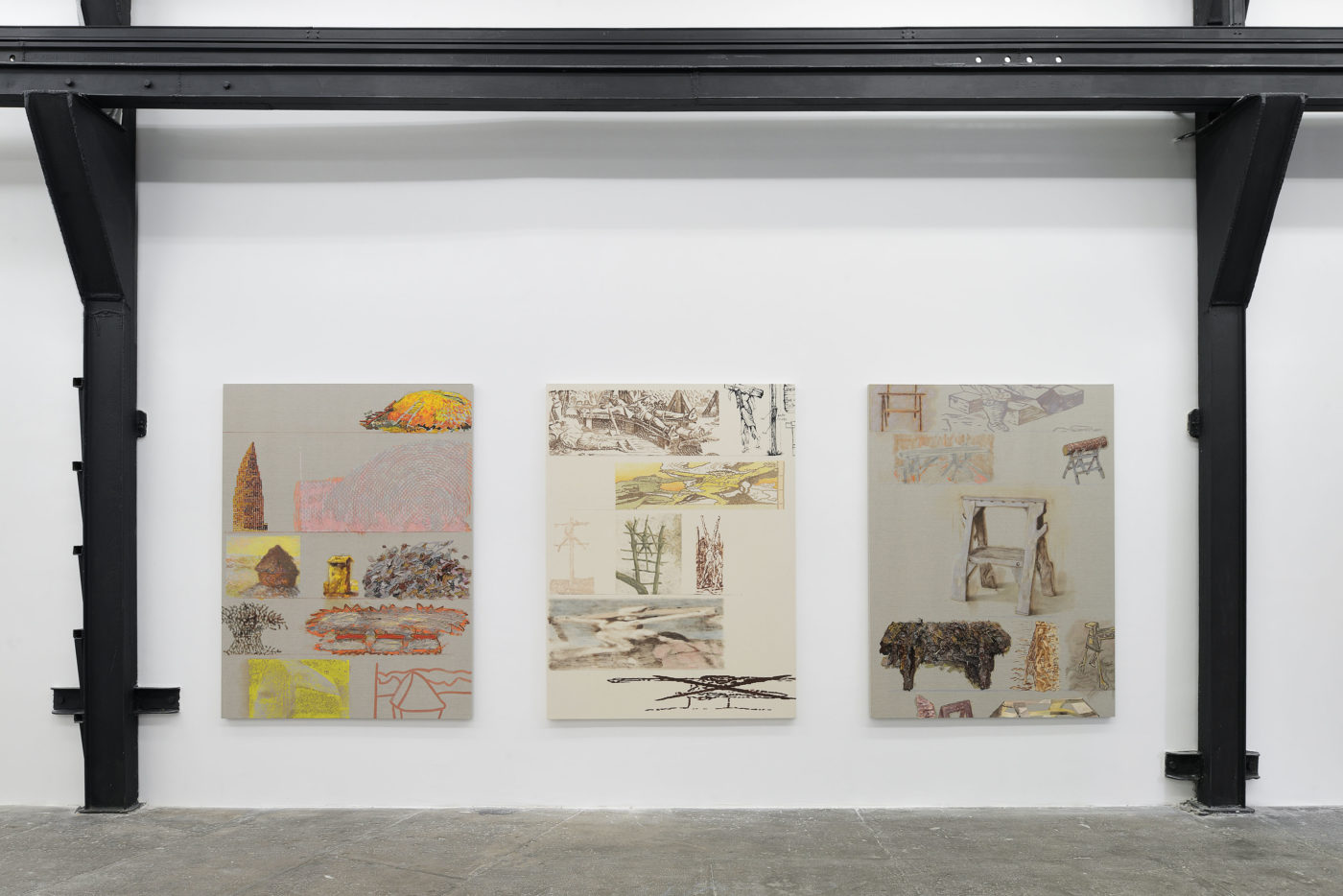 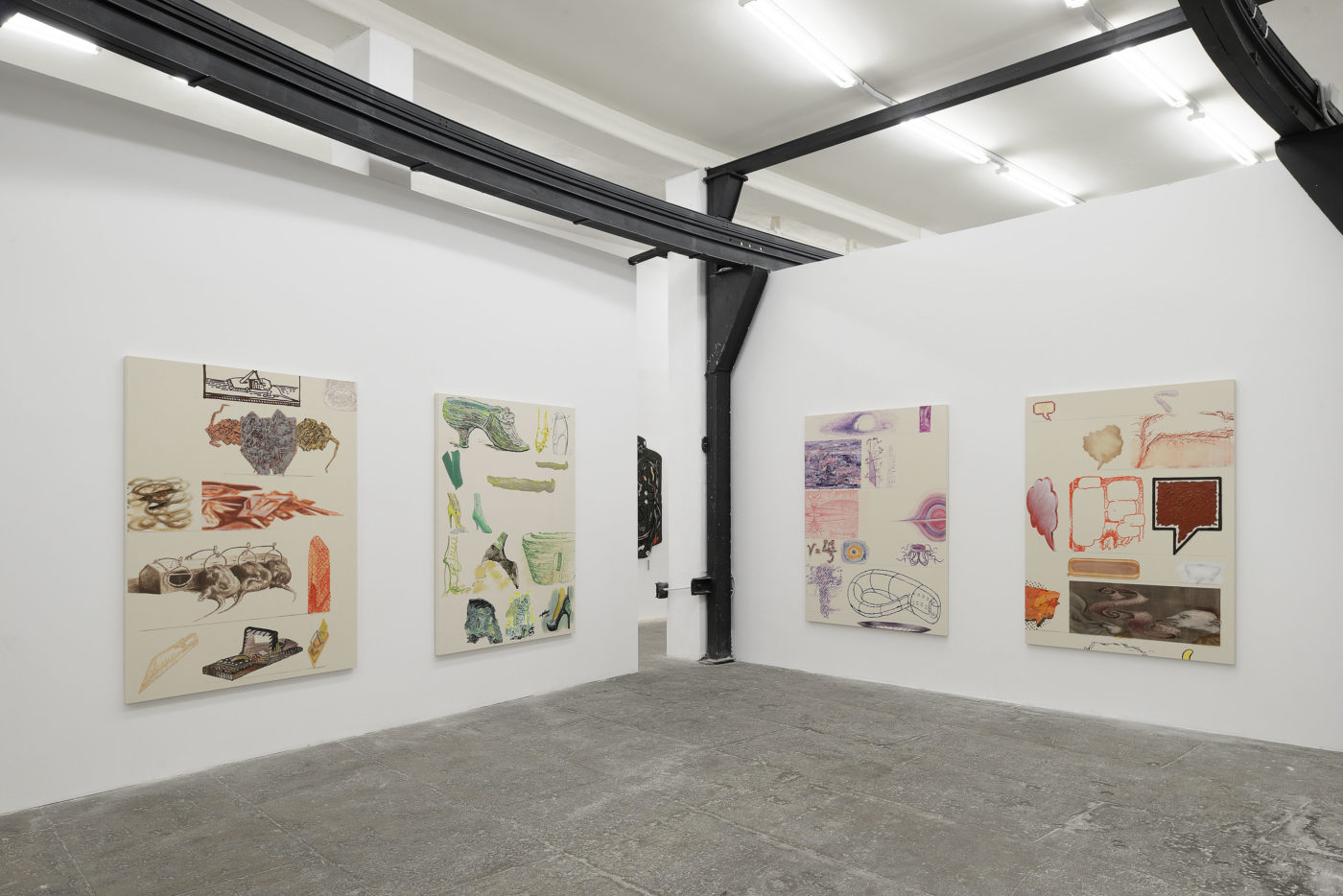 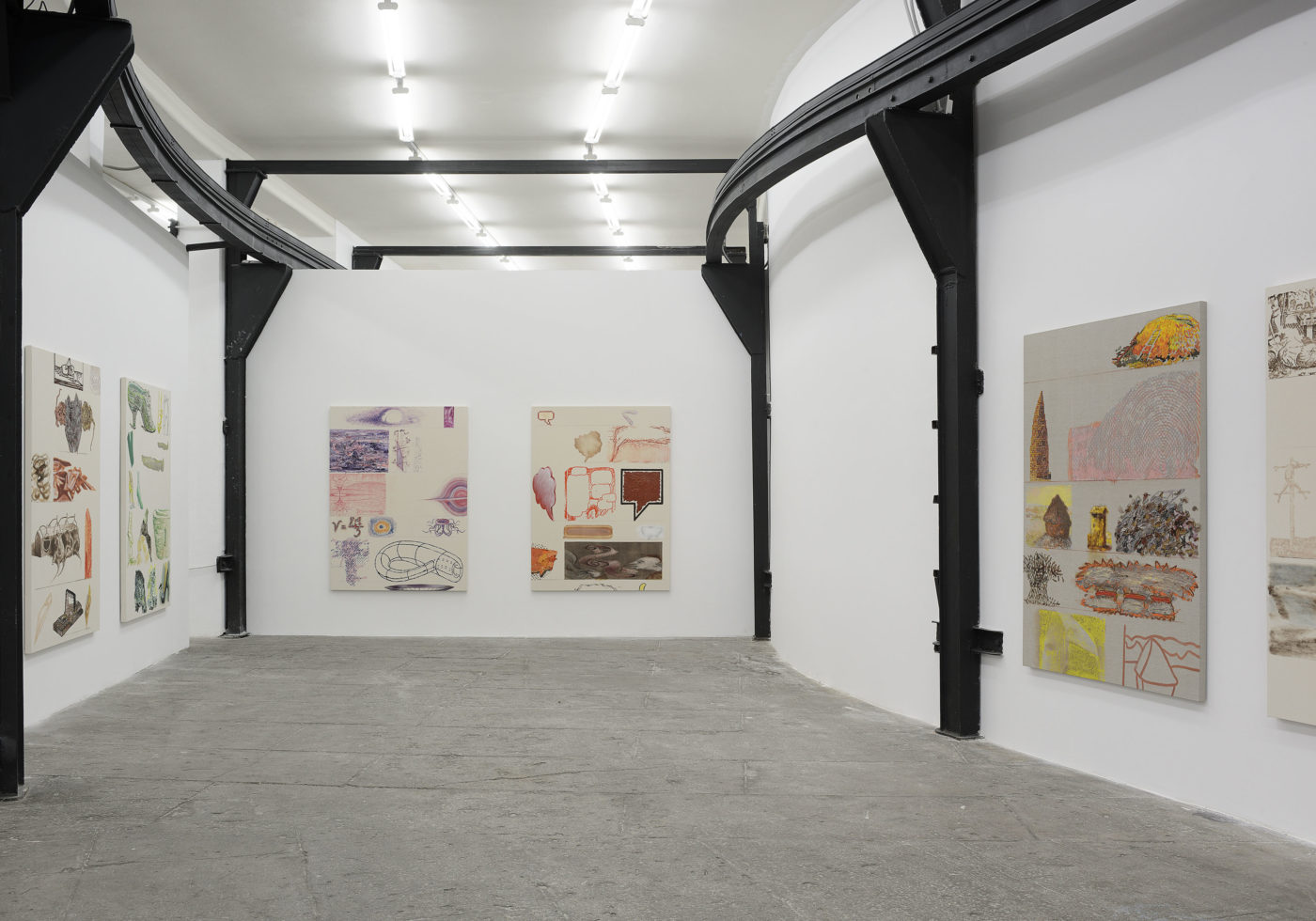 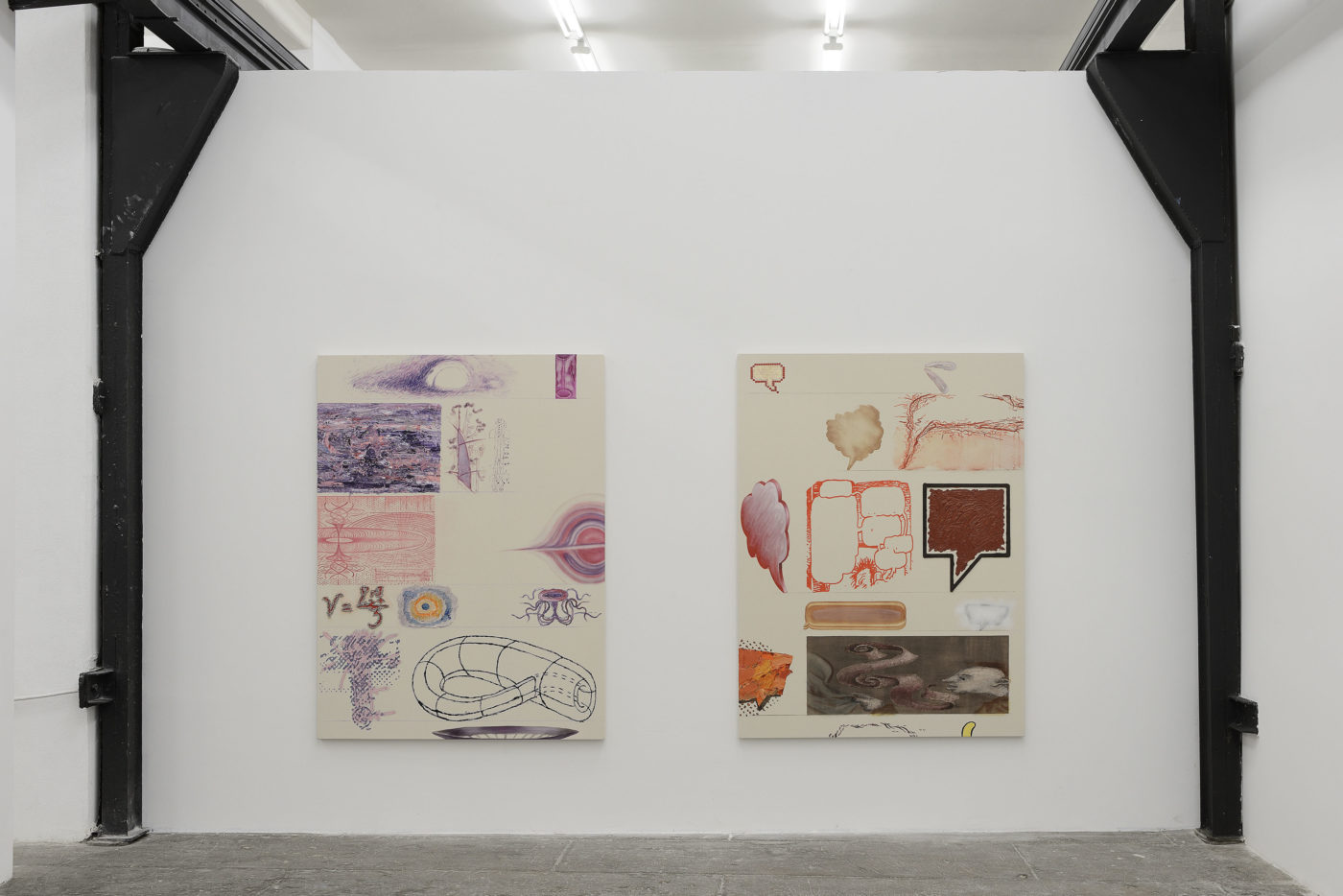 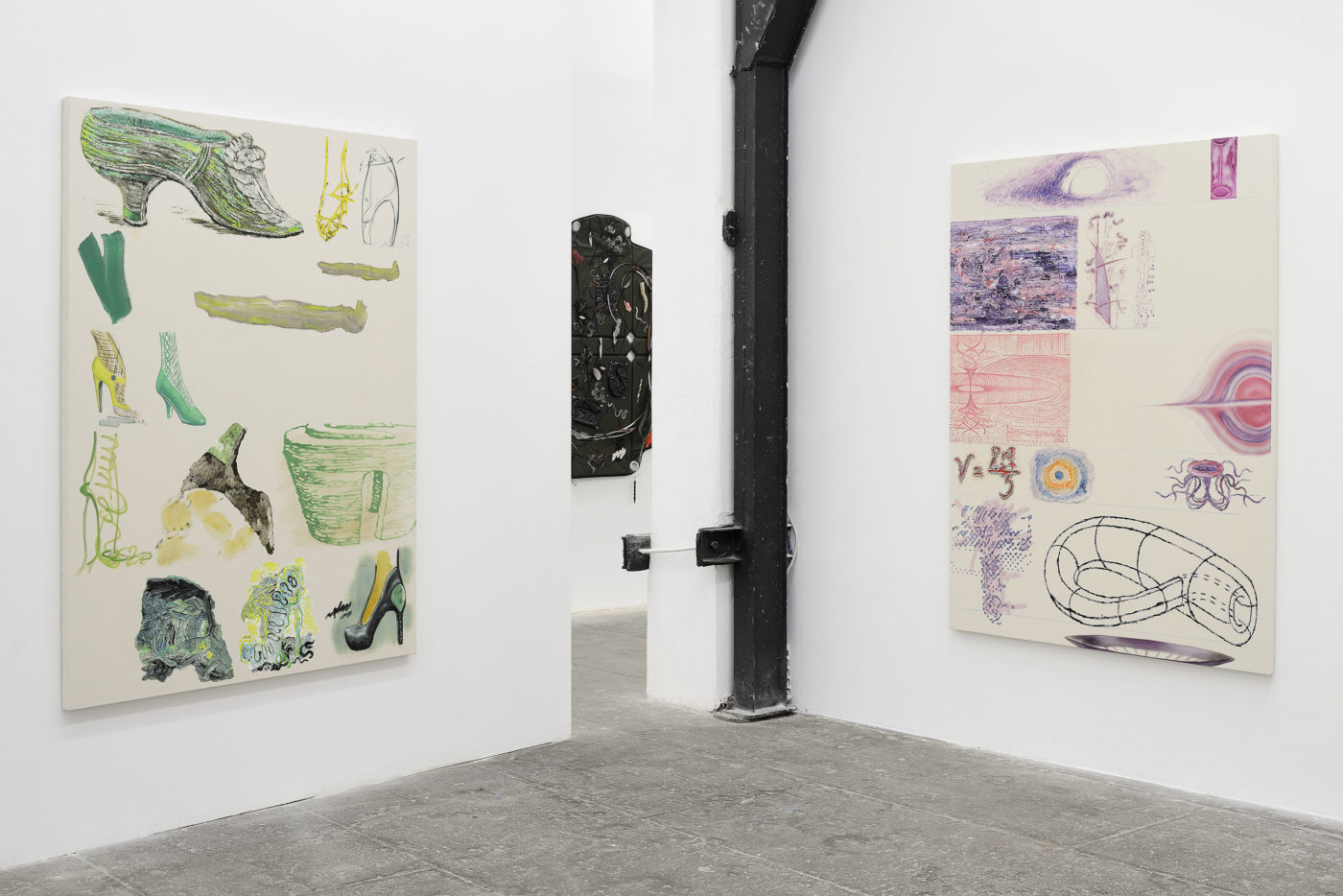 “There is a central character in these paintings, and it’s Painting or Language itself. It’s as if there were a being which put on many outfits and spoke in many voices in order to achieve it’s objective: communication. The story is ‘the history of painting.” Joshua Miller

‘Liquid Products and Frozen Form’is the first Italian exhibition of the American artist Joshua Miller (1981, Colorado, United States). Seven large canvases will lead the spectator on a path that, exploring the phenomenology of the visual language, assumes the form of an imagery atlas that will tell the history of painting. Drawing inspiration from popular culture, Miller paints simple and everyday objects with an unusual and original approach. The artist experiments with old techniques and juxtaposes varied pictorial styles to obtain an emotional and expressive structure which exposes the entire range of moods and personalities inherent to painting.

Following a grid scheme, the subject is repeated on the canvas according to different points of view on a white or raw background that places the immediate focus on the principal elements of what is represented.

The sources of inspiration and reference in Miller’s paintings are numerous: from the thesaurus to calligraphy exercises, from his archive to information graphics and digital technology. Miller explores this repertoire letting himself be taken by moods such as nostalgia, humor, neurosis, banality and finally the obsessive pursuit of innovation the characterizes the contemporary human being.

Absolute leading characters, these subject-objects transform themselves into autonomous speakers in a straight dialogue with the viewer that, while on the path of the exhibition, is asked to activate their own optical unconscious and to translate each work individually. As held by Jean Baudrillard, French sociologist and philosopher, on his book The System Of Objects, we find ourselves in an age in which the object becomes “performative material” and a simple “information network”.

The art historian and critic Aby Warburg, another important reference for the Miller practice, idealized a memory atlas, the Mnemosyne, in which he collected more than 60 boards on which he pinned images and photographic reproductions of distant times. Miller developes his own painting atlas, that becomes both a communication vehicle and also a transmission of knowledge, memory, study, aimed at revealing new associations and forms of significance in the thought of Western culture.