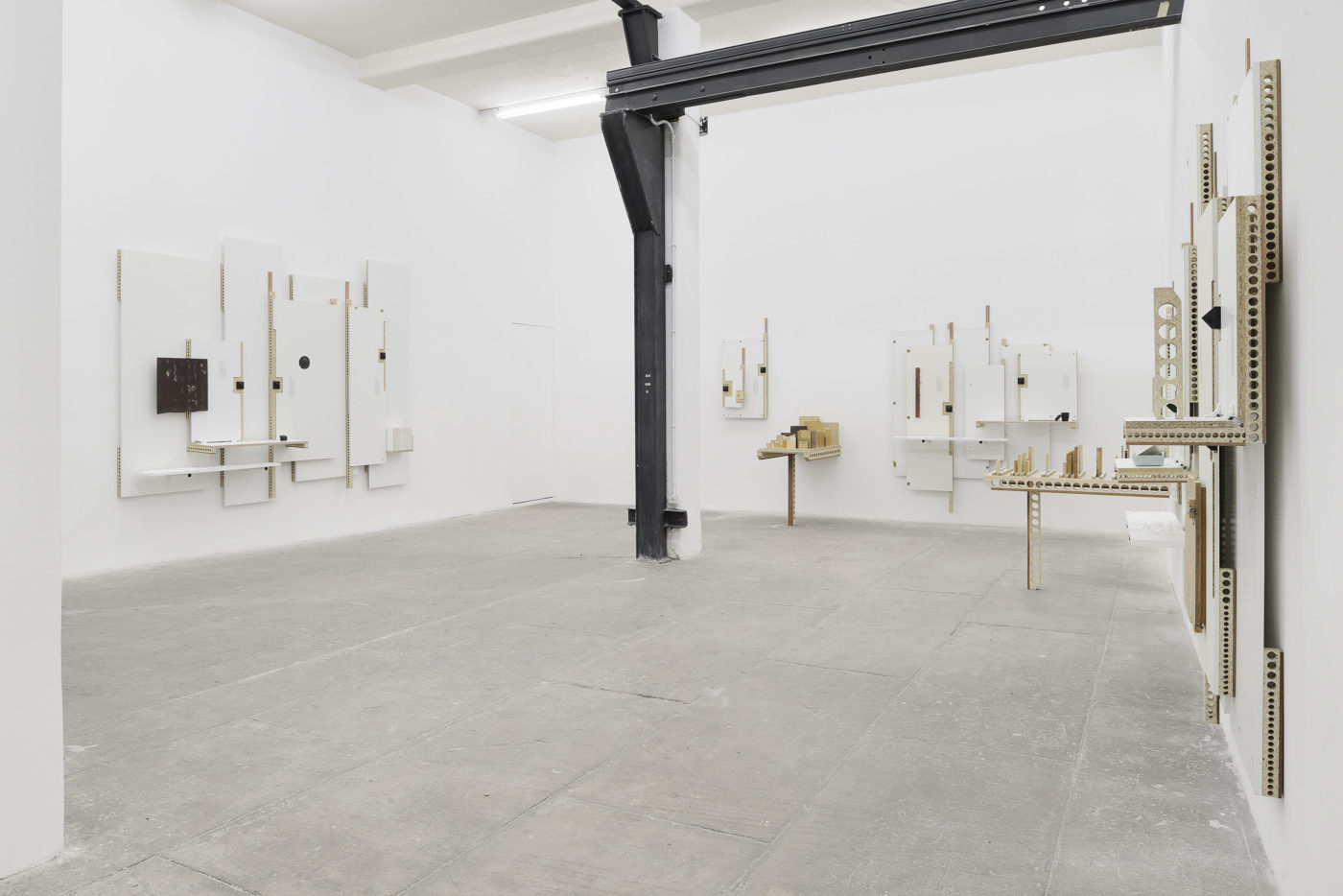 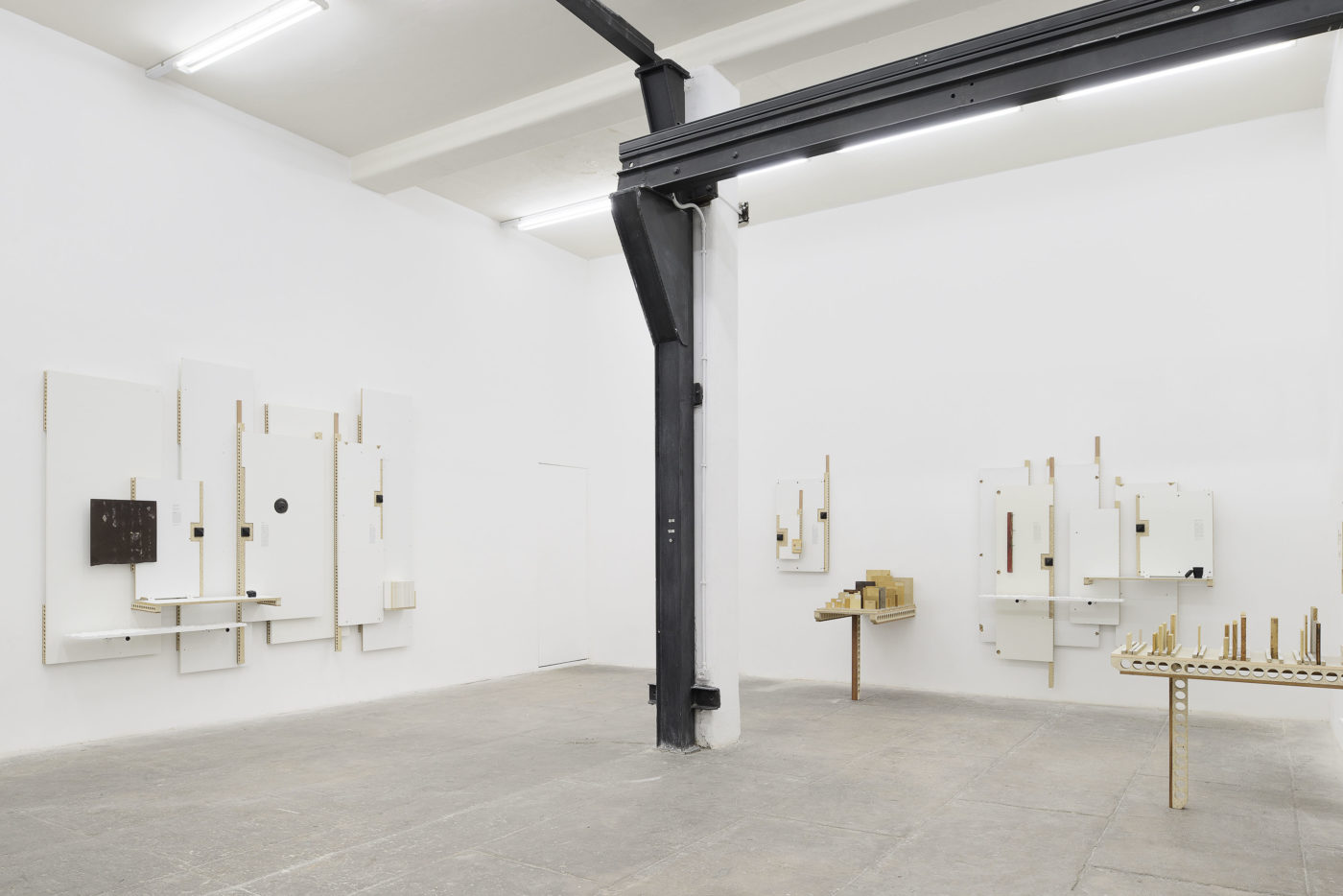 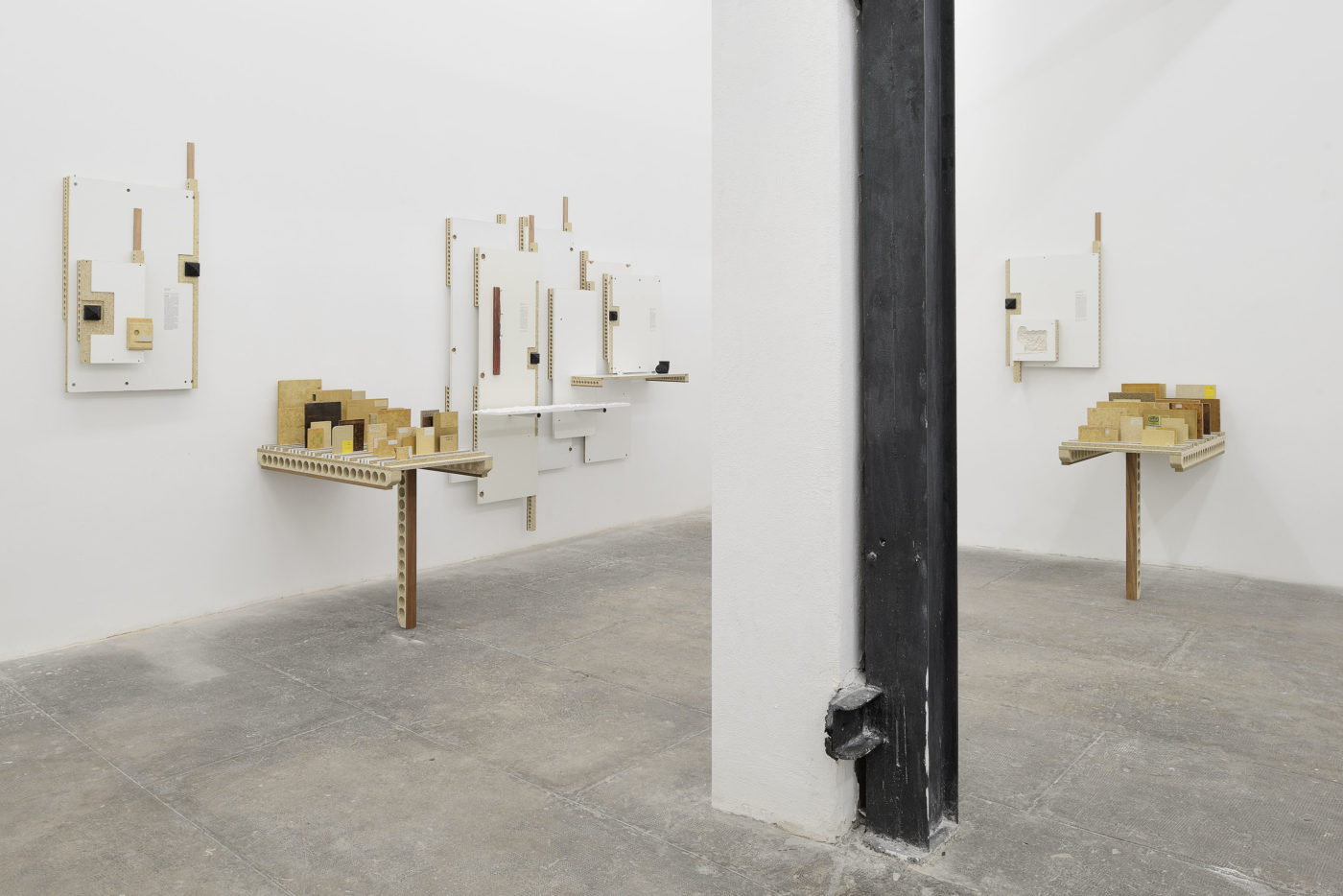 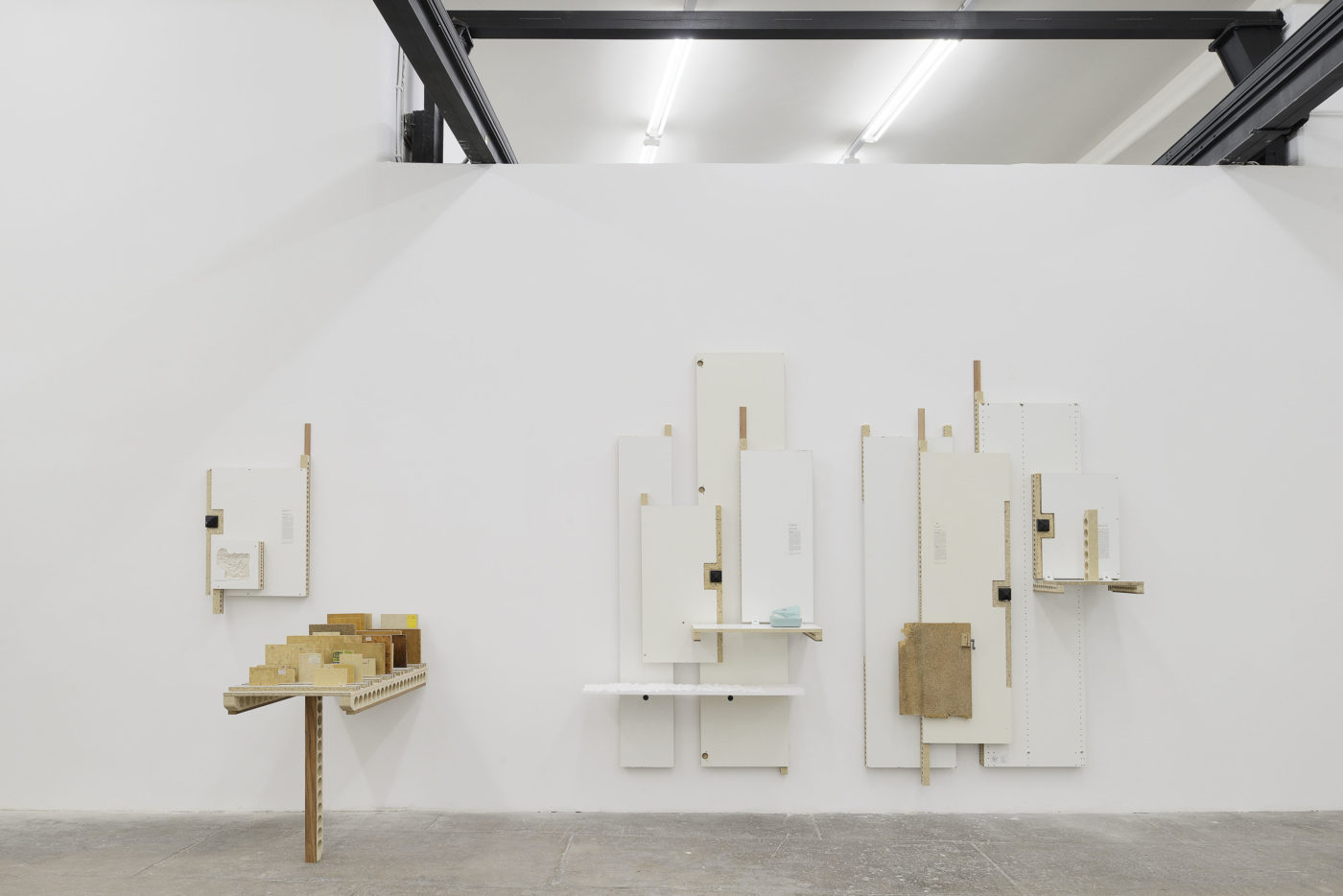 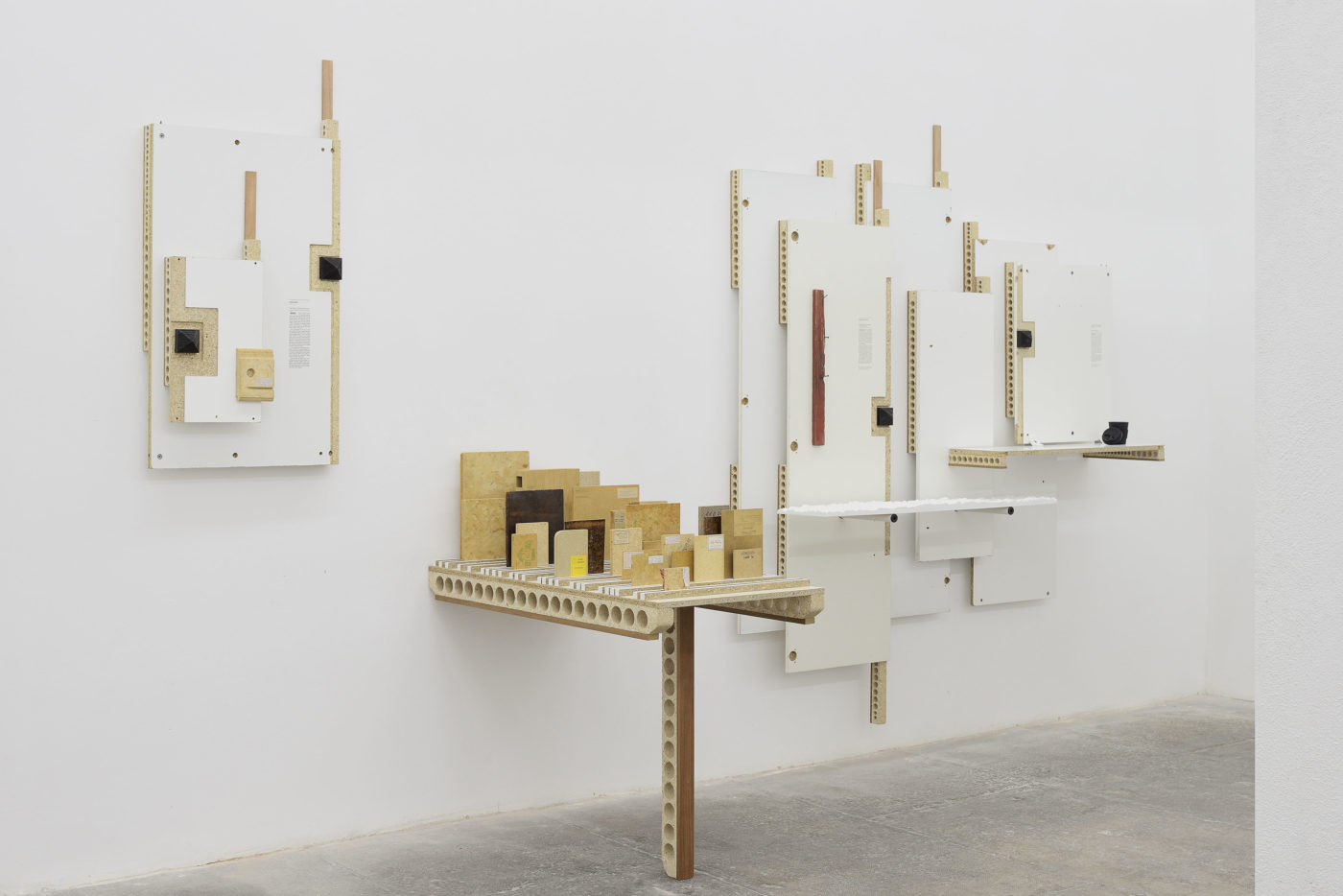 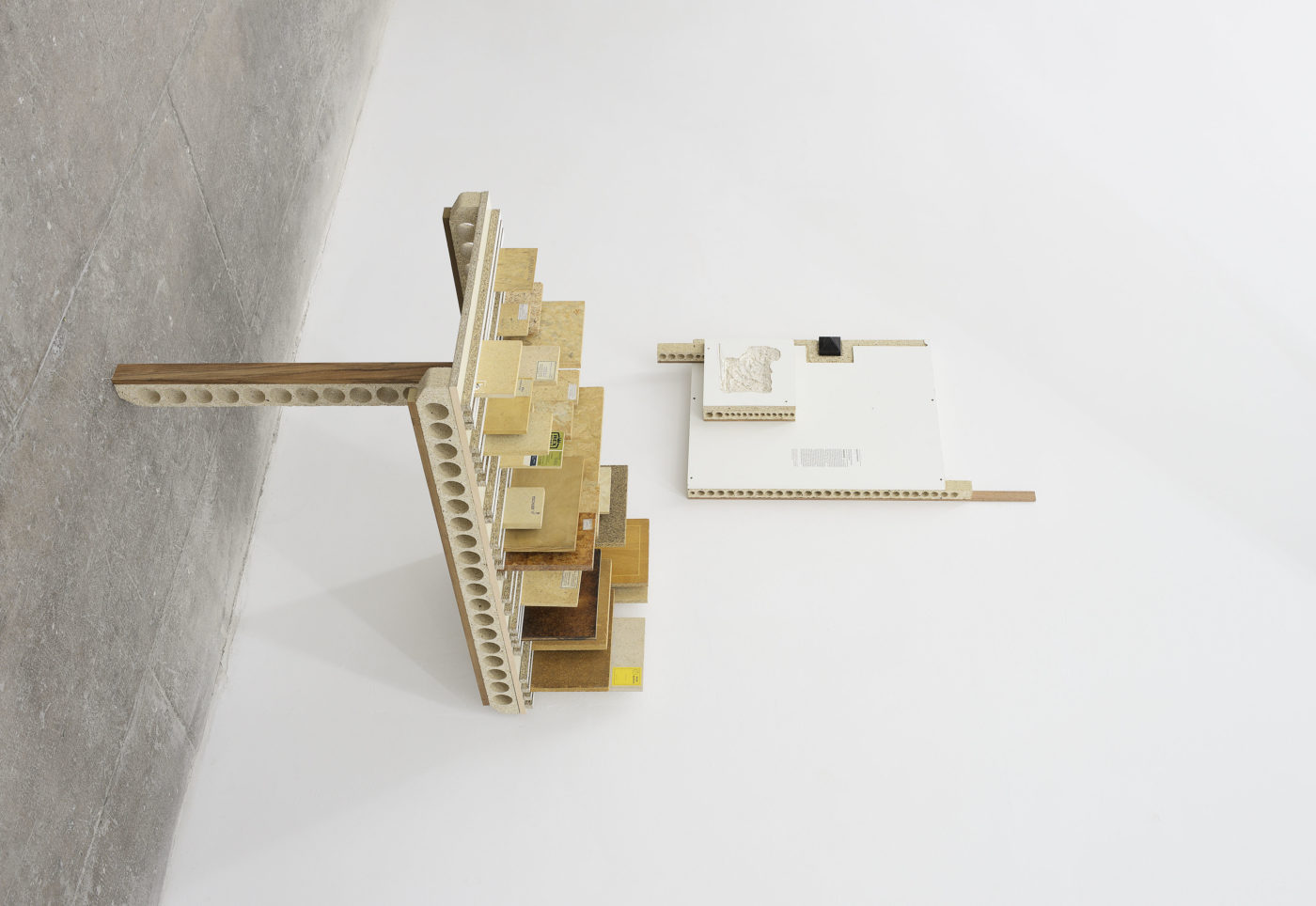 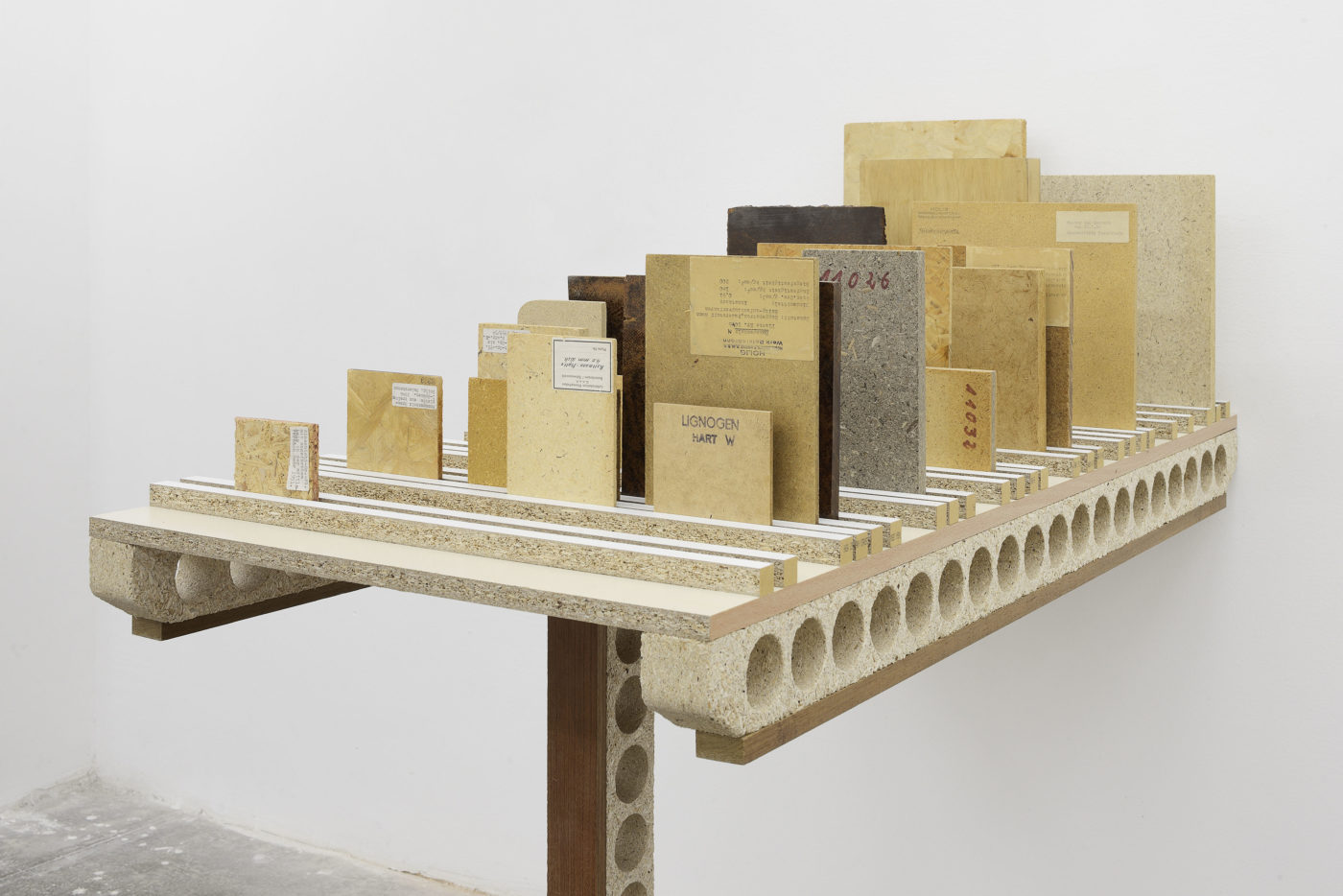 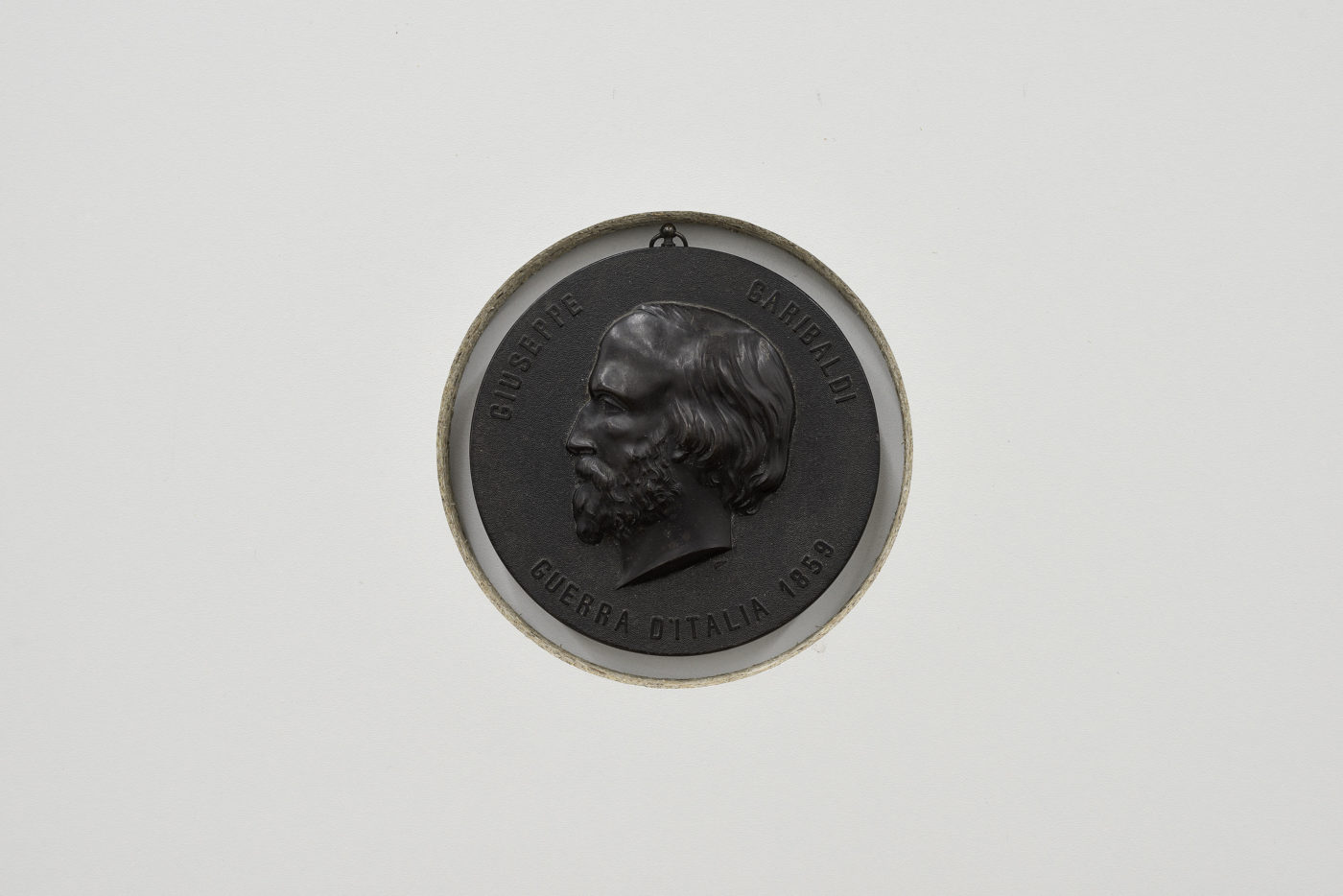 T293 is pleased to announce ‘The Sceptical Structures of Max’, James Beckett’s fifth solo exhibition at the gallery, in what has become an over a decade-long collaboration.

For this installation, Beckett sheds light on engineer/entrepreneur Max Himmelheber, and his rather ill fated contribution toward the fledgling environmental movement – namely chipboard. The work outlines various iterations of the material through time, as basis for a more sinister investigation into its contemporary presence. Beckett is known for his projects concerning industrial and architectural histories, often incorporating artefact toward absurd and romantic results.

Chipboard is an ingenious material originally made using waste material from sawmills, bound with phenol resin. Himmelheber approached the use of these materials in the spirit of frugality and economy, which resulted in a highly versatile, supposedly stable product. Chipboard now accounts for 80% of the material in furniture produced globally, and has spawned a love-hate relationship due its disposability, and more recently discovered environmental impacts.

With the management of patents, Himmelheber amassed a fortune, turned recluse and shifted his attention to a set of philosophical reflections on man’s role in the industrialized world. The proliferation of his factories around the world meant he would spend much time in Japan, exposure that sparked a long-term interest in Shintoism and Animism. Back in his hometown, he commissioned architect Karl Nothhelfer to build an oriental inspired villa, a modernist hybrid translating his fantasies to home – essentially an eclectic bastardization of traditional Japanese forms.

Beckett’s installation draws from such idiosyncrasies of Himmelheber’s biography, along with various products of the material itself. There is, for example, a visible decay that forms the backbone of this installation, which is rendered in chipboard harvested from the streets. The humbled bodies of former kitchens, prefab wardrobes, TV stands and beds reflect a state of both discard and exhaustion. Further details of architectural reproduction, publications and artefacts explore this sentiment, including a collection of original experimental chipboard plates from the Himmelheber archive, dating back to c. 1945 – 1957.

Employing techniques and aesthetics of museums, the display builds these layers to unpack and decontextualize the consumer product, and with it an extended range of socioeconomic and environmental concerns. At the seeming end of an era, this approach can be seen as a form of redemption through a consideration, re-ordering and caring for goods.

The project was realized in collaboration with Cityscapes Foundation and the Max Himmelheber-Stiftung.