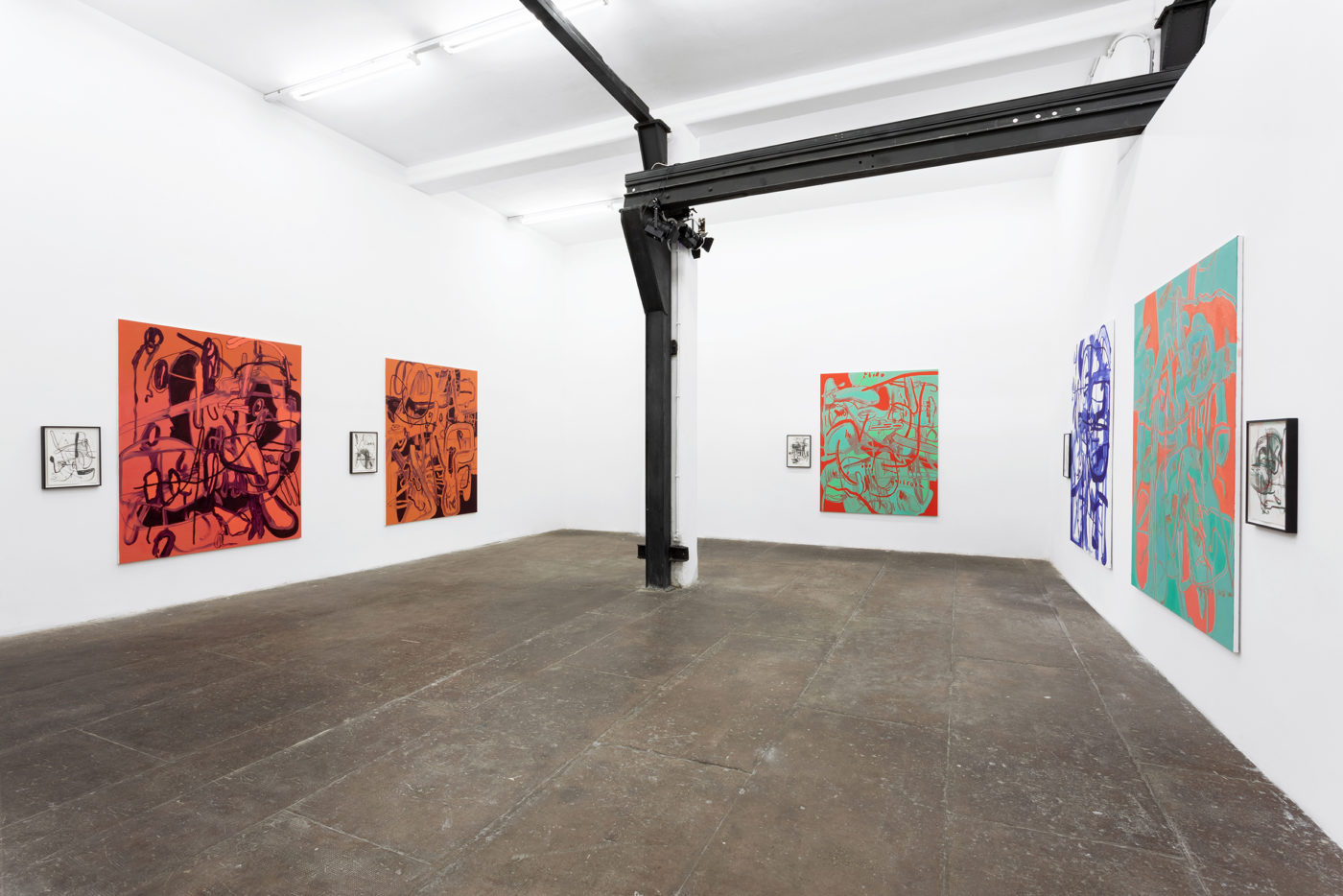 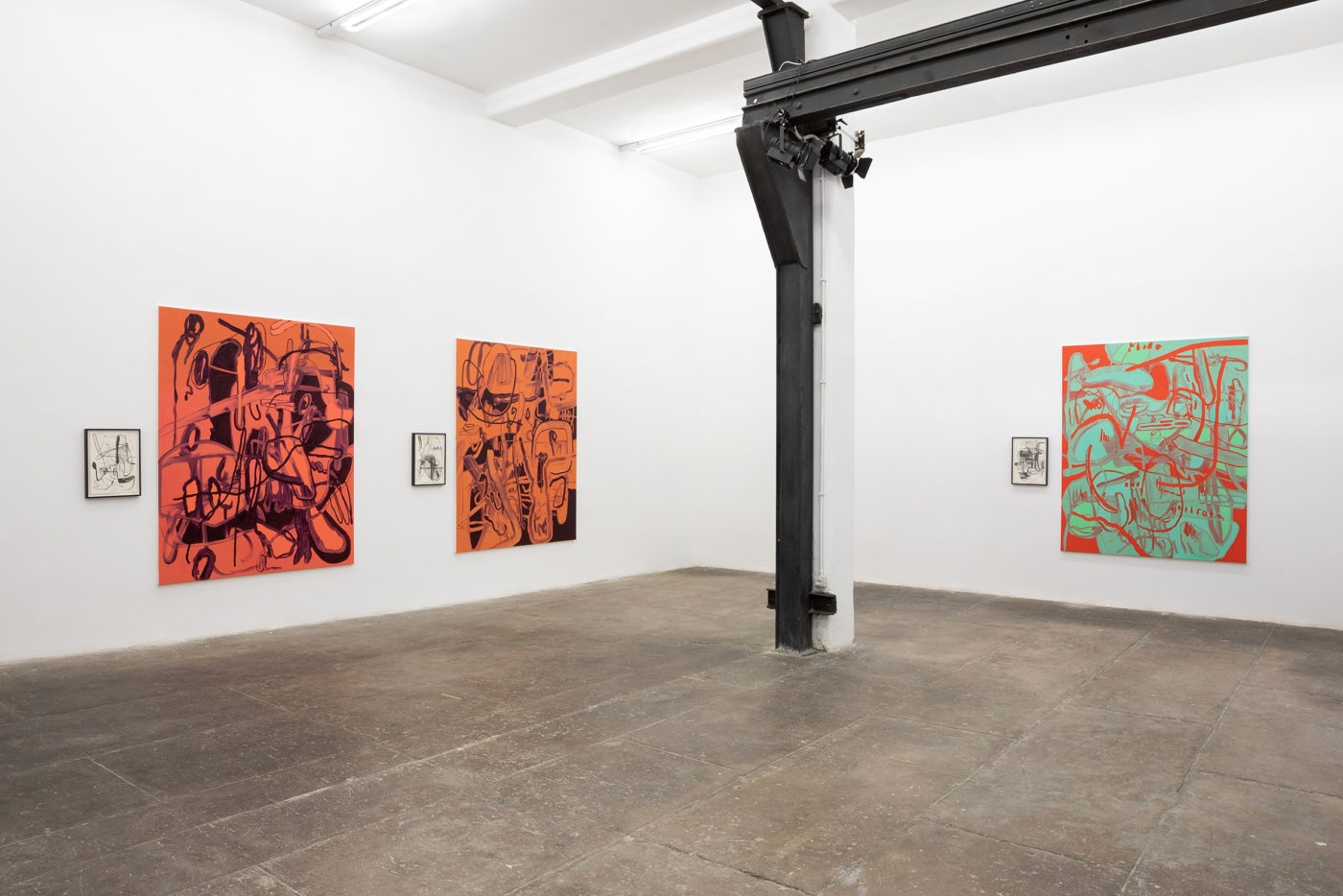 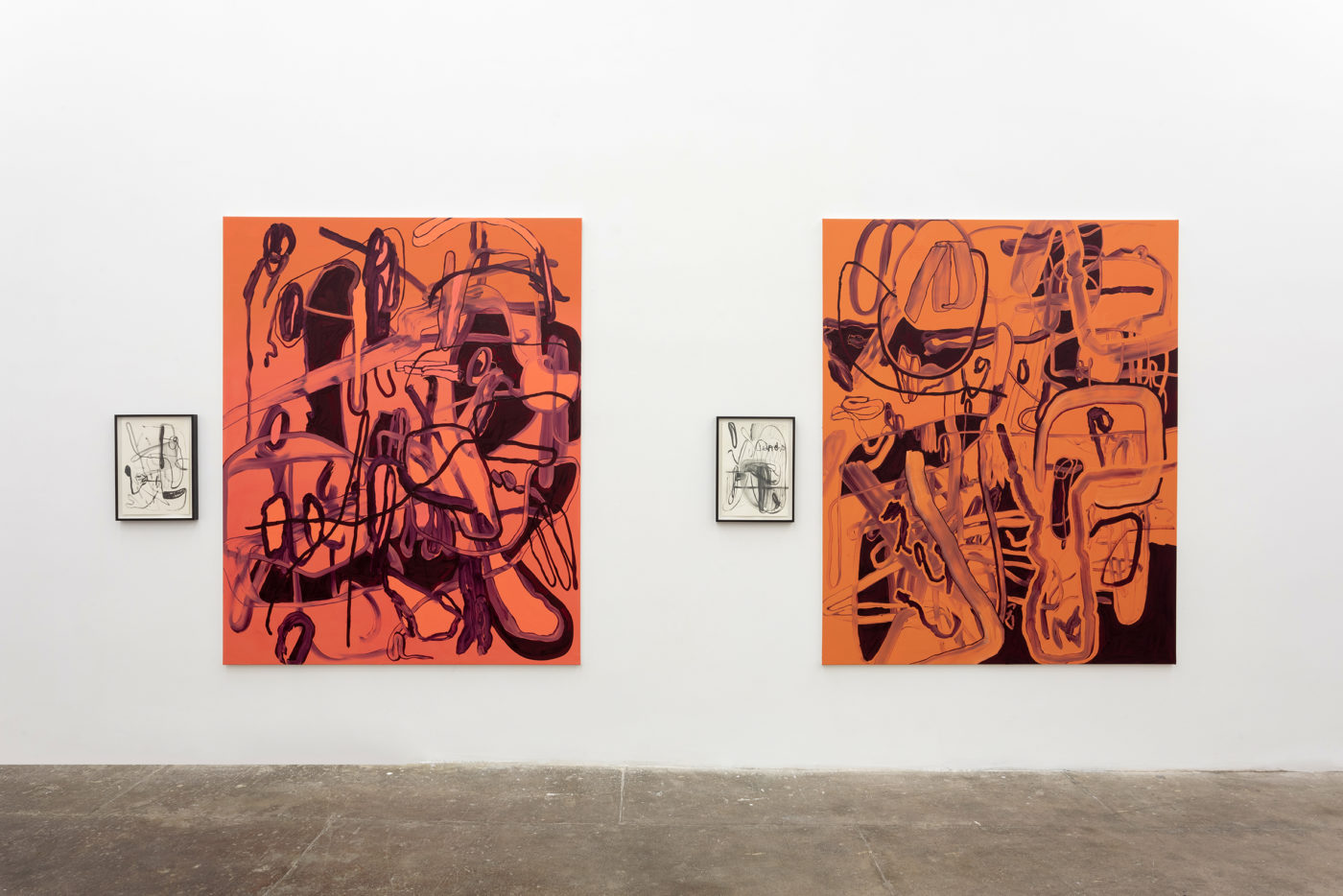 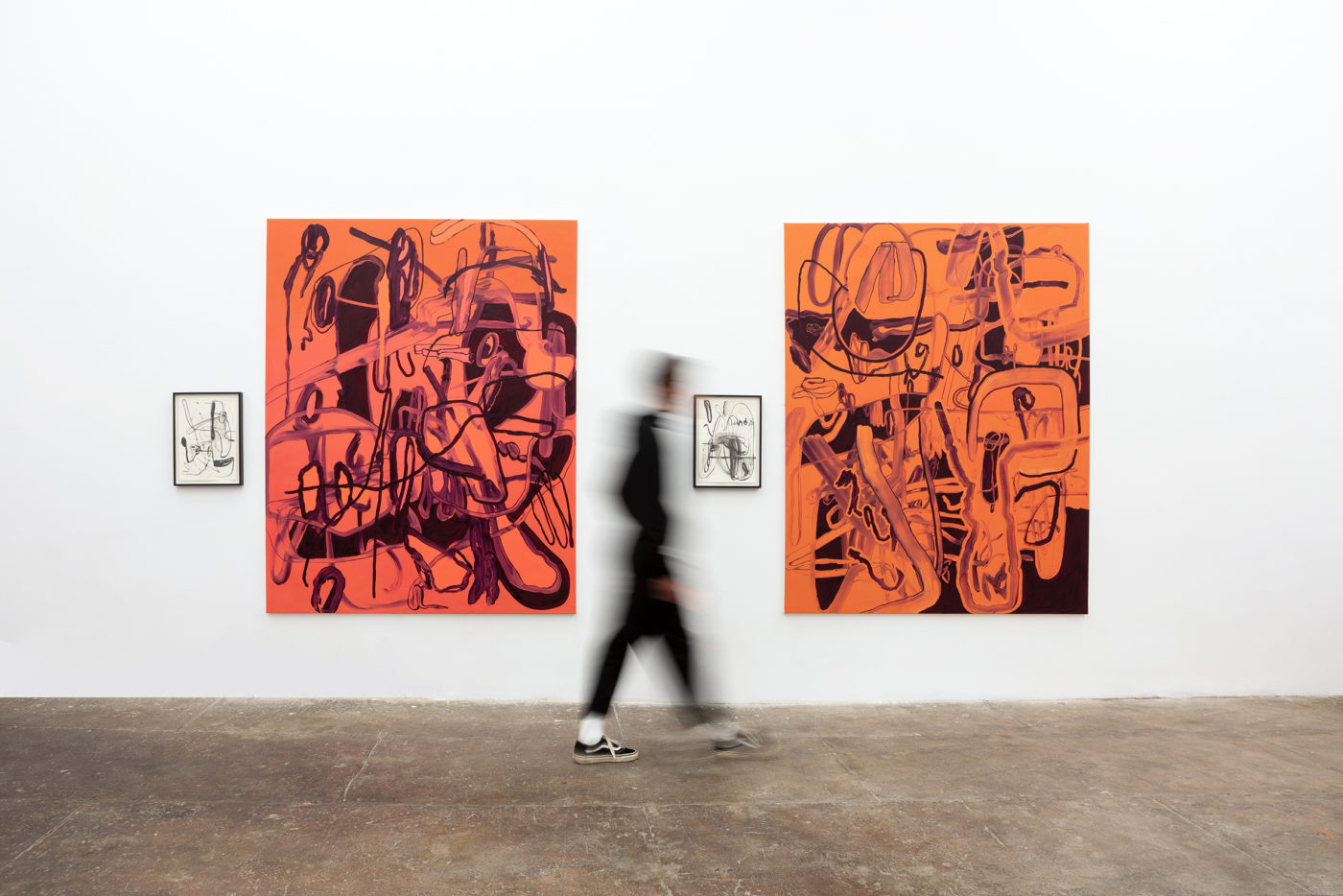 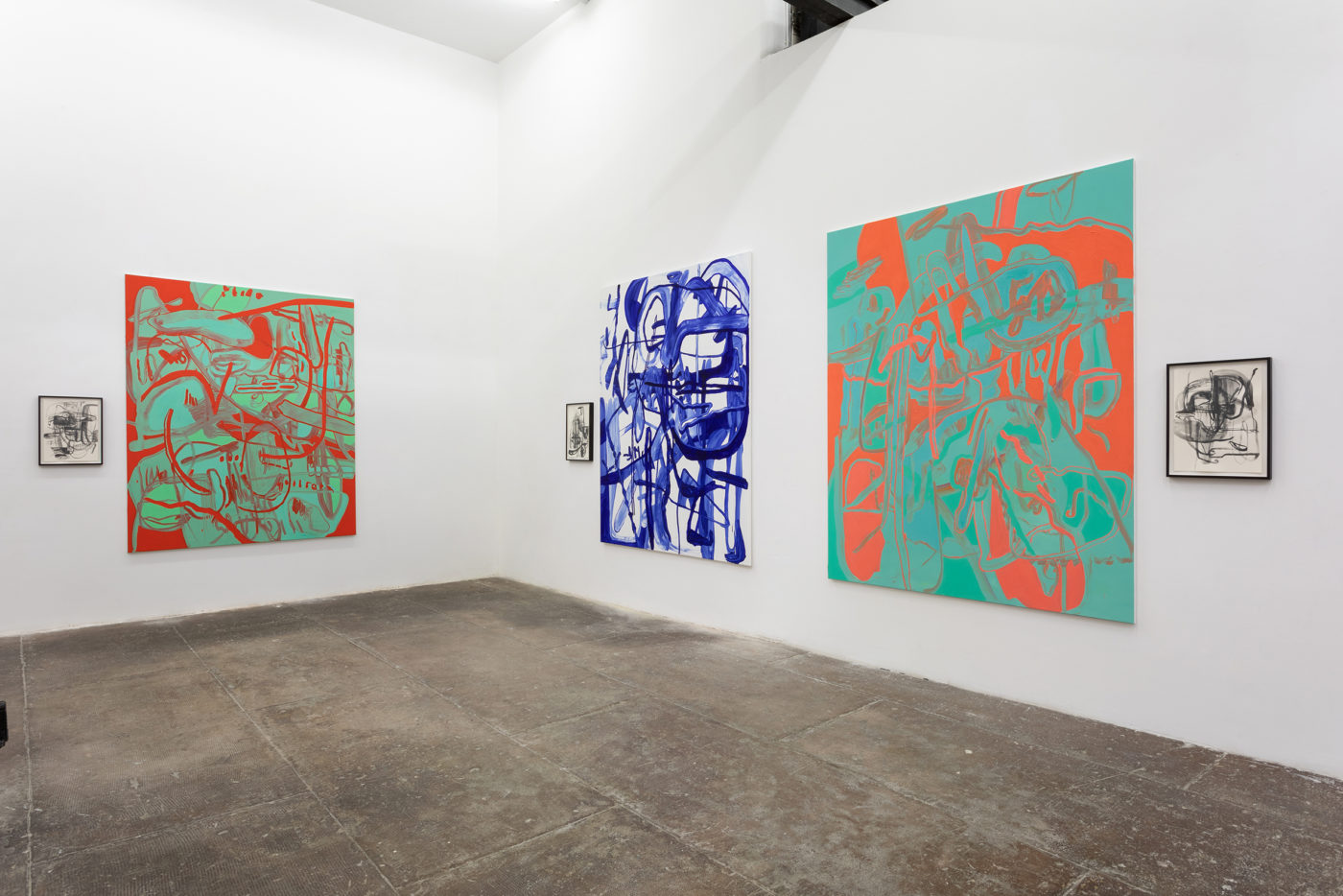 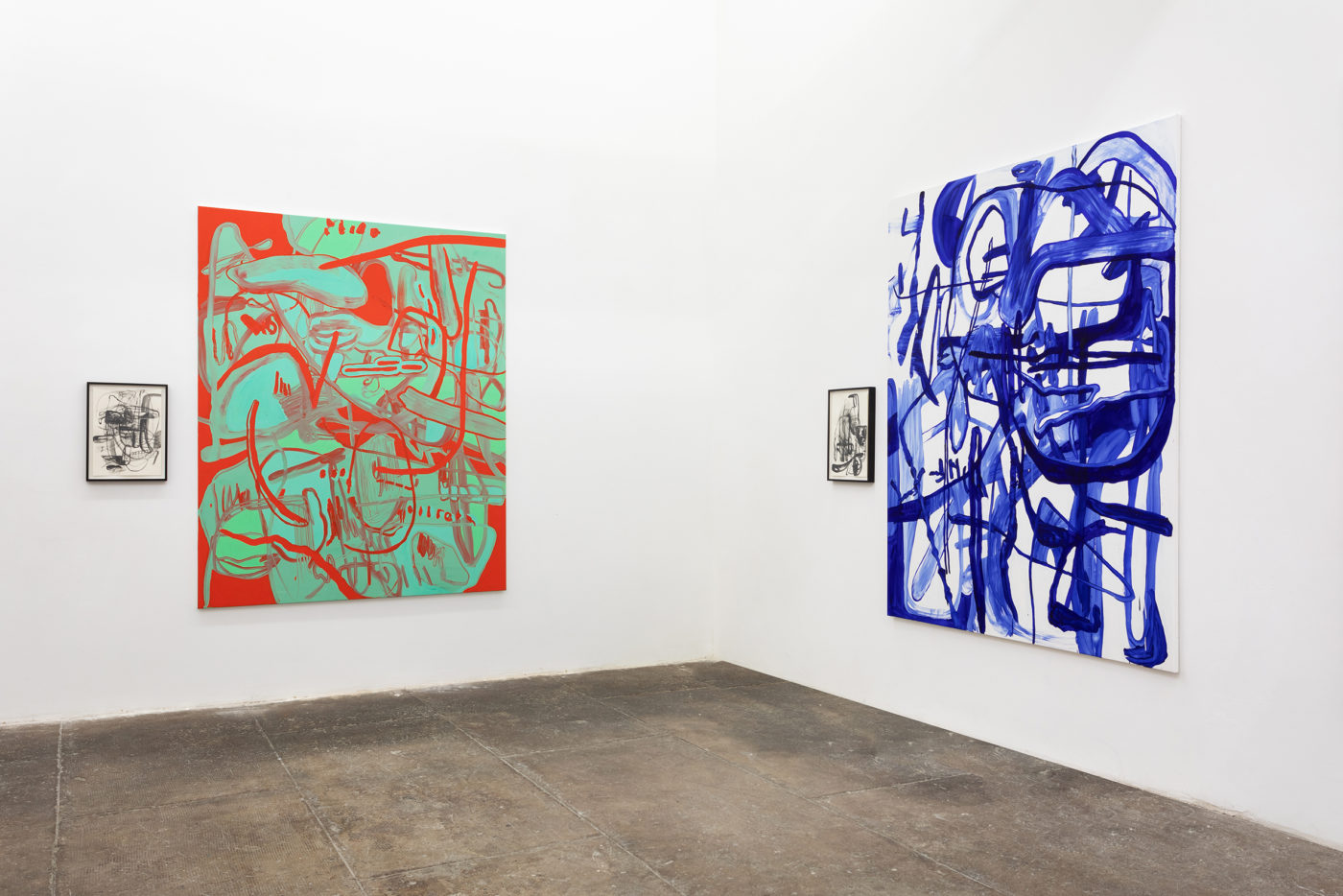 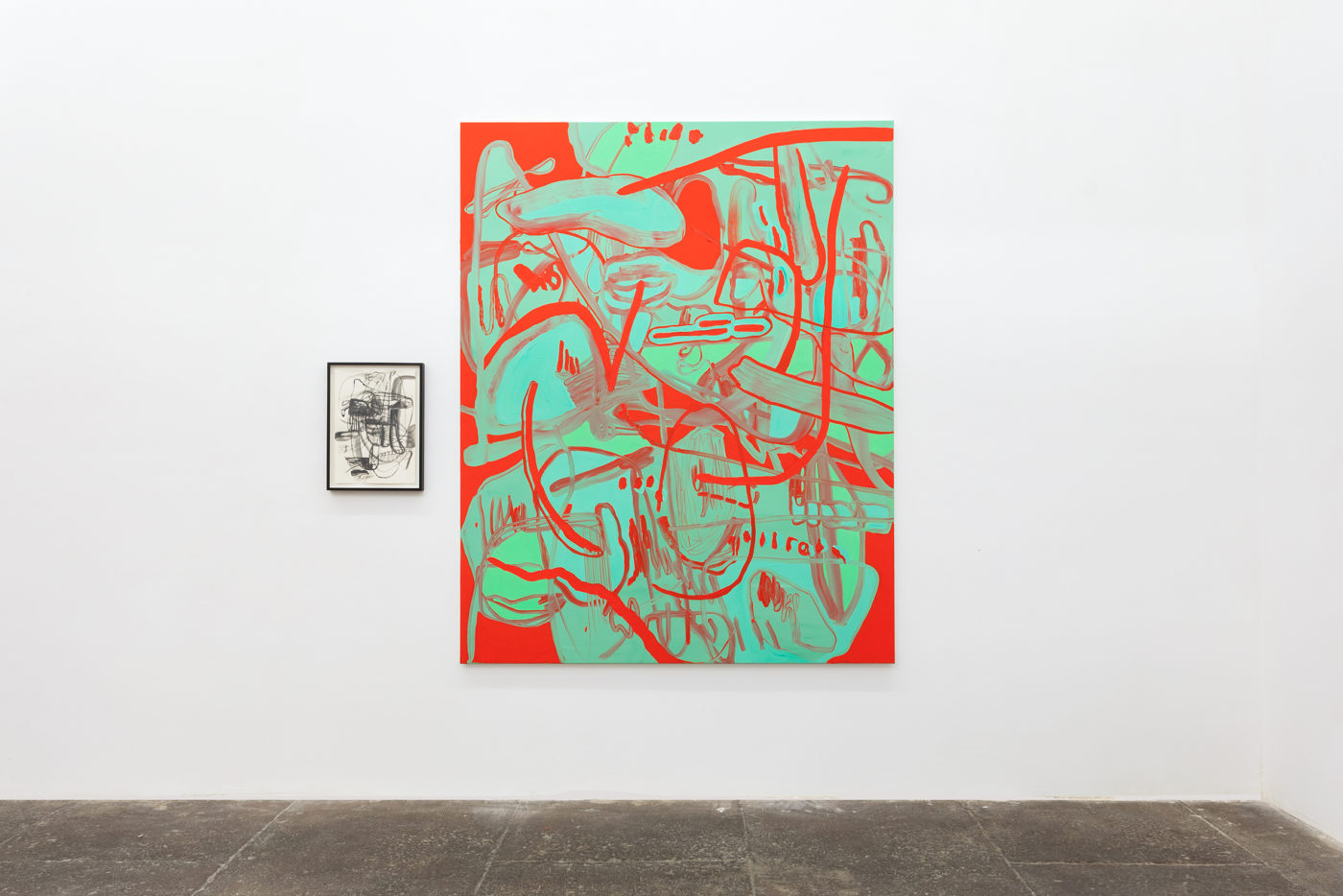 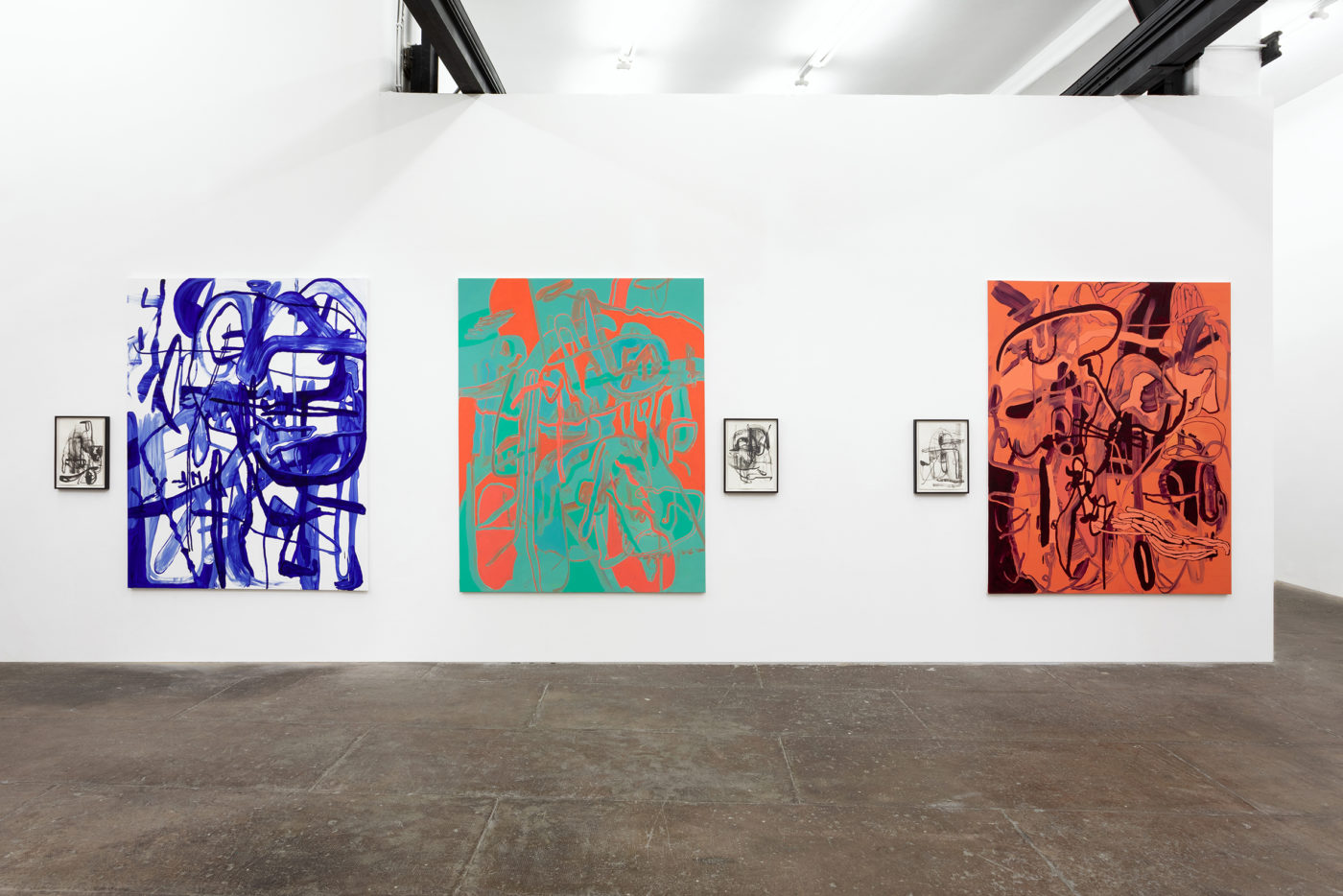 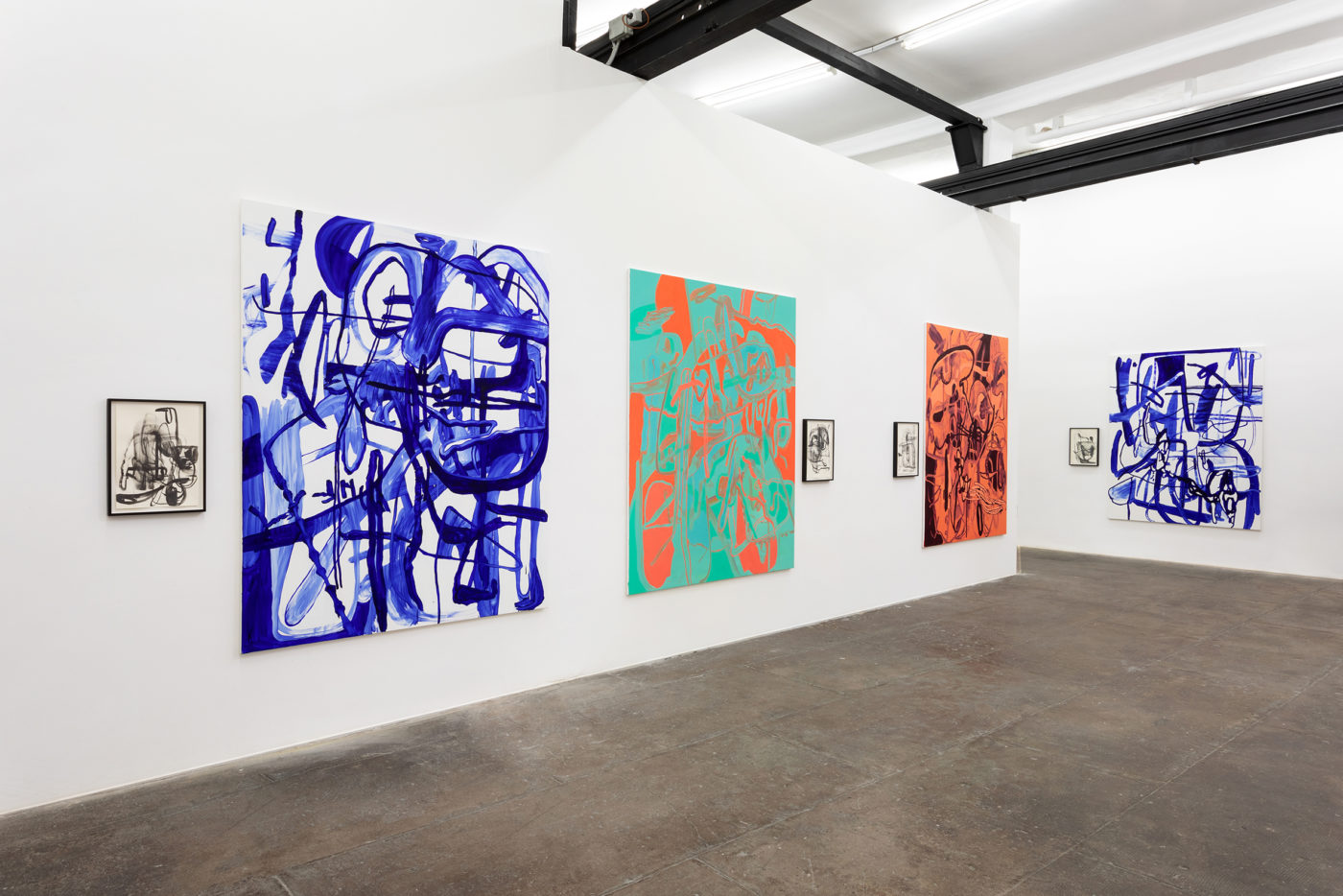 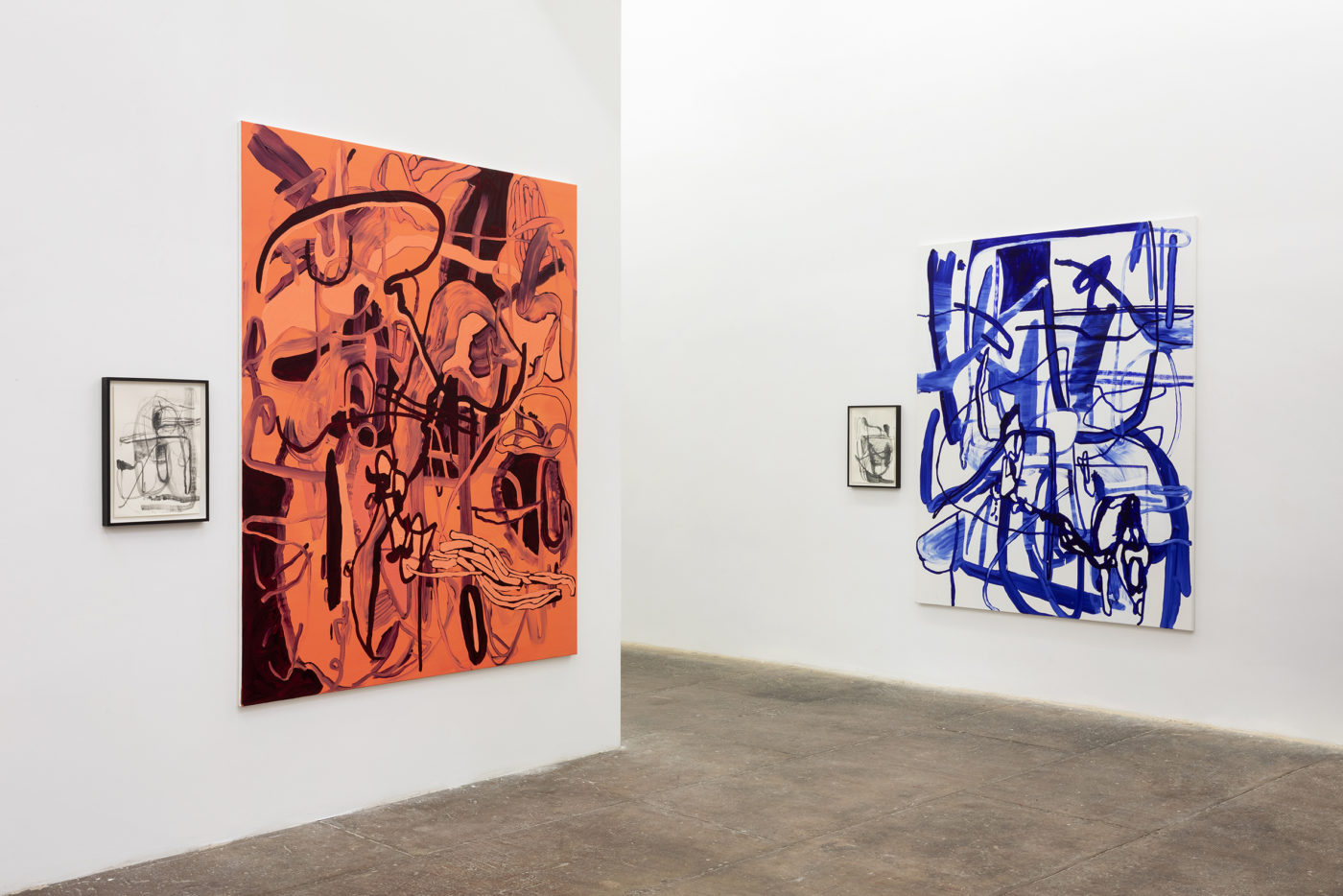 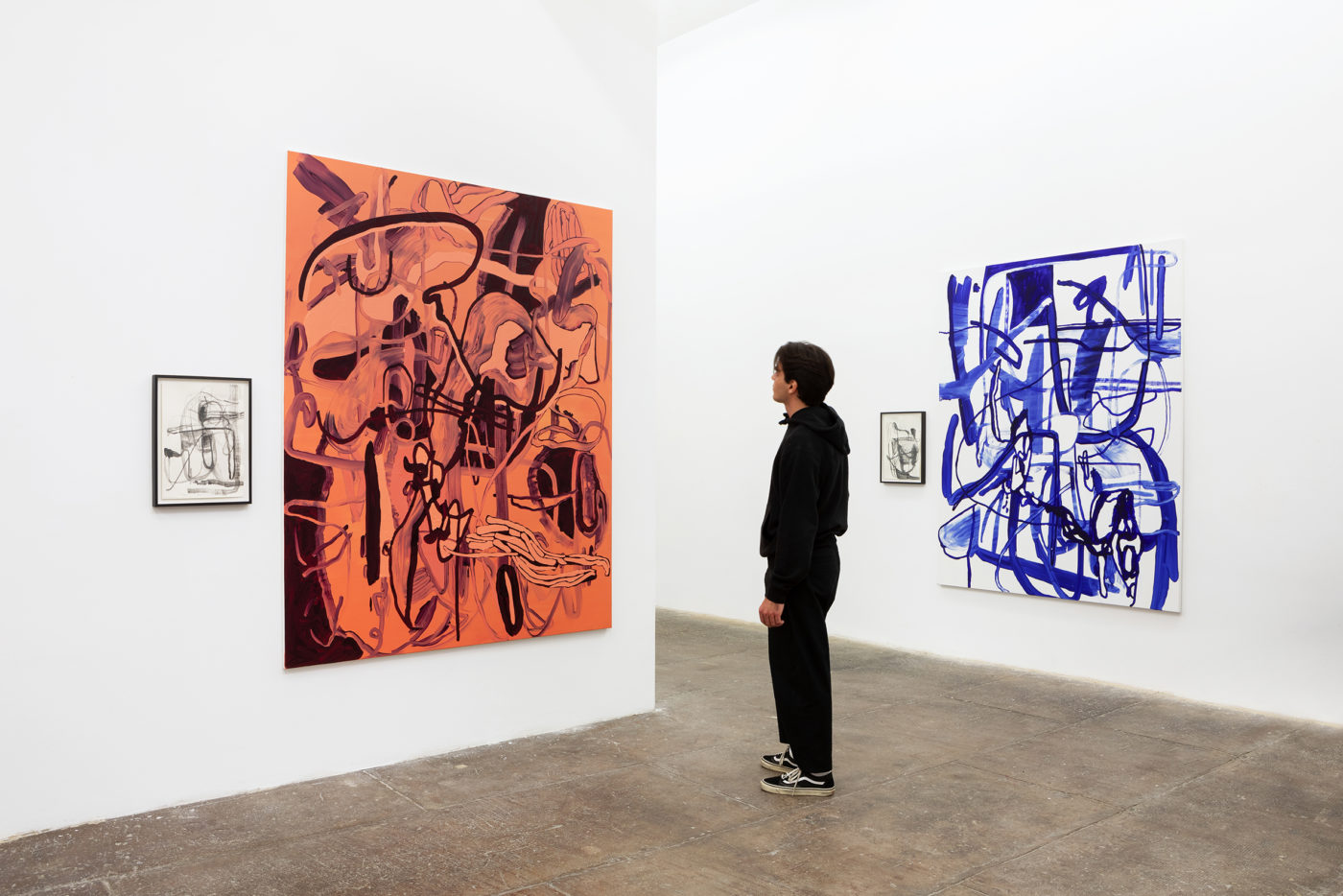 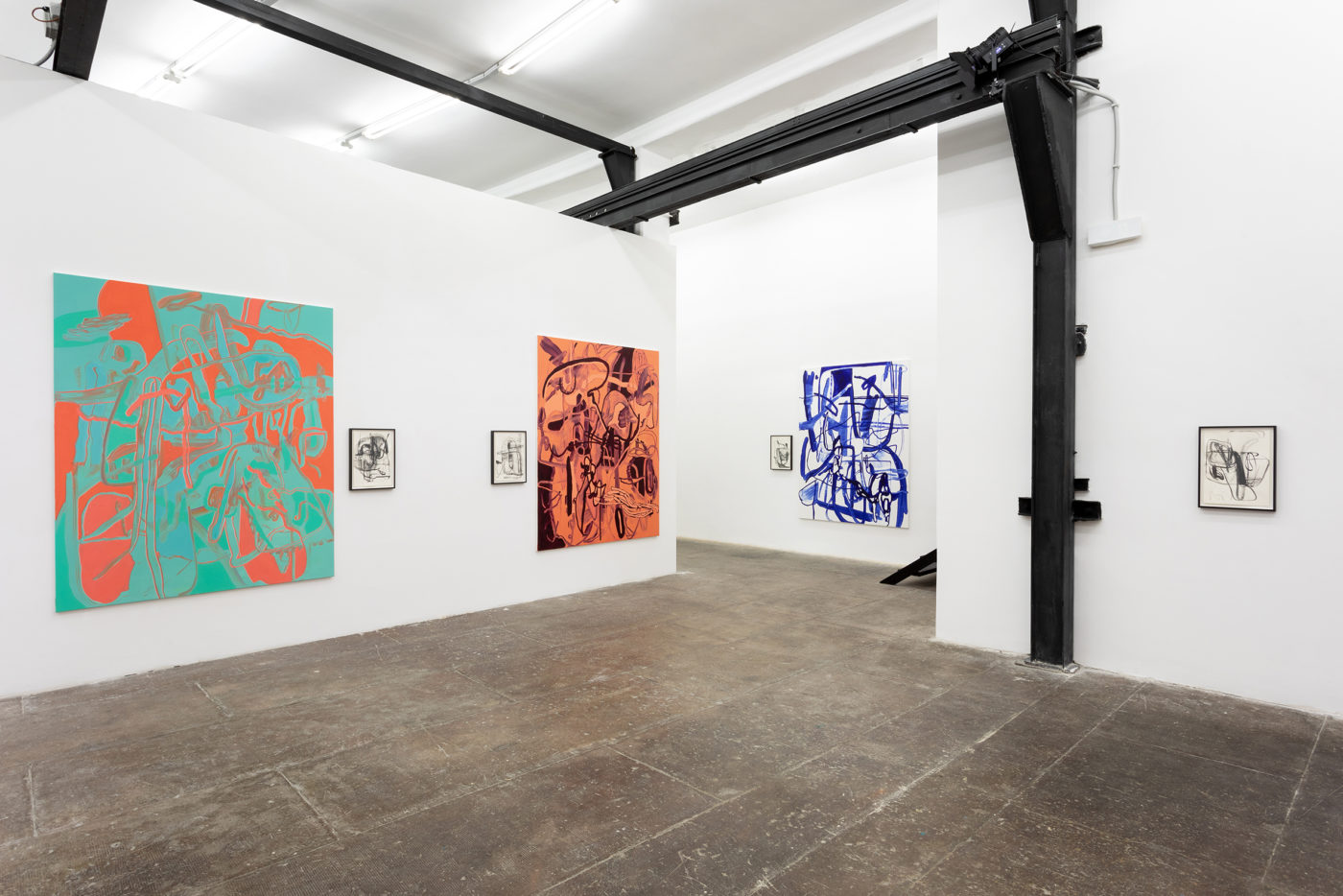 For her third solo show, Jana Schröder returns at the gallery with new large-scale works from the NEUROSOX series.

The artistic practice of the German artist Jana Schröder seeks to question the validity of traditional painting gestures. Her work is a meditation on process and repetition, an ongoing investigation into what can be expressed through intuitive actions. In her works, Schröder often rejects the need to represent an intellectual meaning in order to derive a concept, modeling her ideas through an interplay of overlapping colors and layers of paint. In this way, the artist creates meaning not only on the basis of gestures, but also through their references to daily acts of writing. On monochrome bases, elaborate pictorial gestures unfold from surfaces, lines and their respective forms in a complexity that is the result of an intuitive arrangement of pictorial layers.

In the NEUROSOX series, in a more incisive way than in her previous works, color is the guiding element that shapes the entire pictorial space of the canvas. A total immersion in it makes it difficult to draw a linear narrative – the intrinsic complexity of the pictorial structures seems to prevent any possible resolution. The works can rather be experienced through a psychological sphere. The chromatic element in fact functions as a receptor and transmitter of an acute sensitivity towards the world, as the main source for reaching an alternative non-semantic way of communication. Following the German tradition of Josef Albers’ teachings, Jana Schröder discovers the infinite possibilities of chromatic interactions by arriving at a language with which to communicate with the world by navigating the intertwined lines of the psyche.