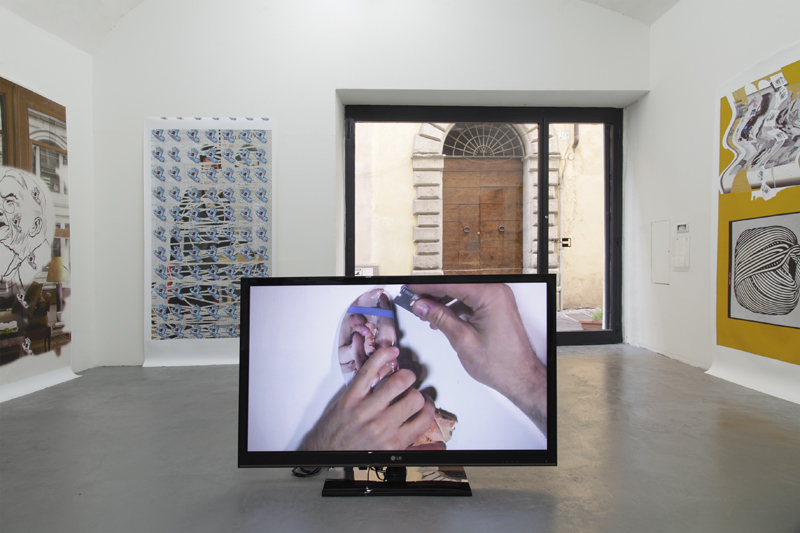 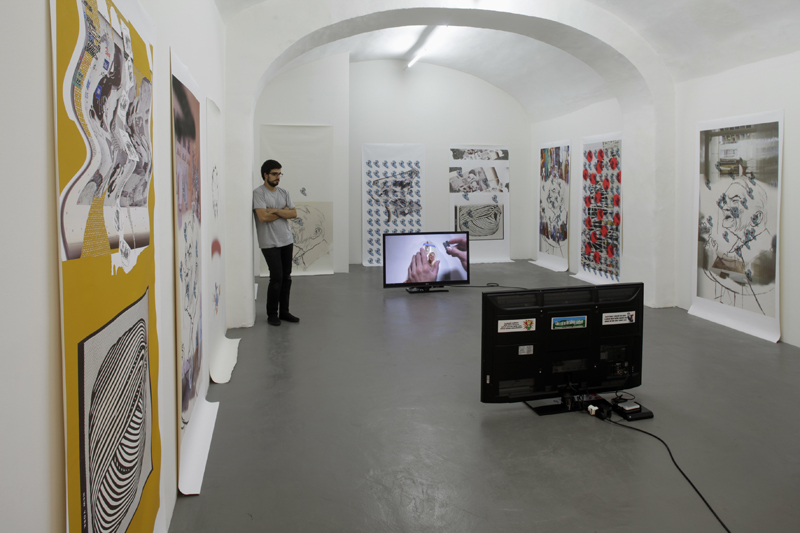 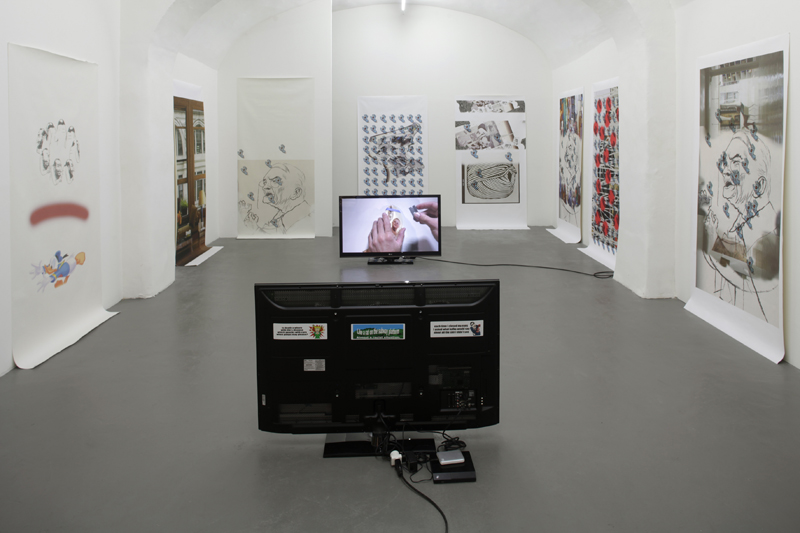 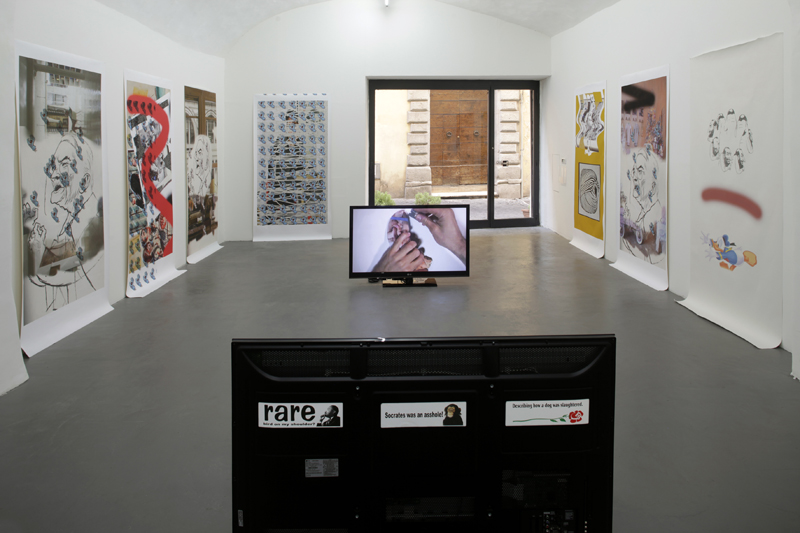 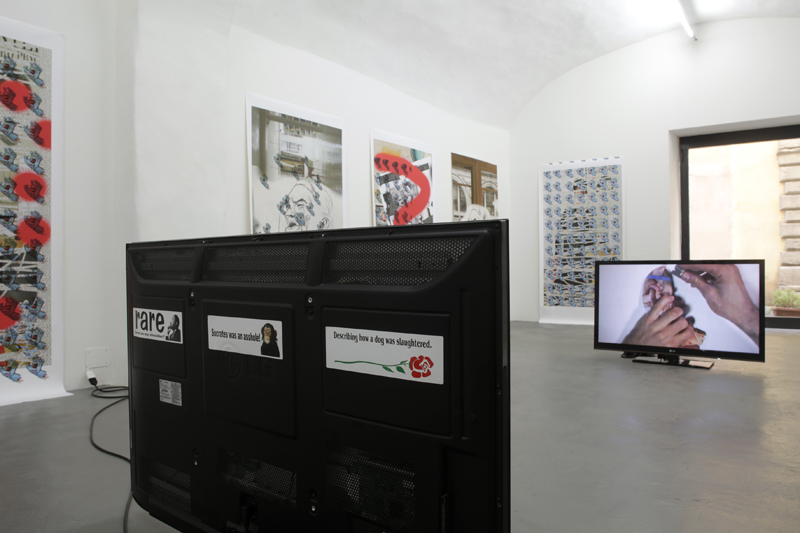 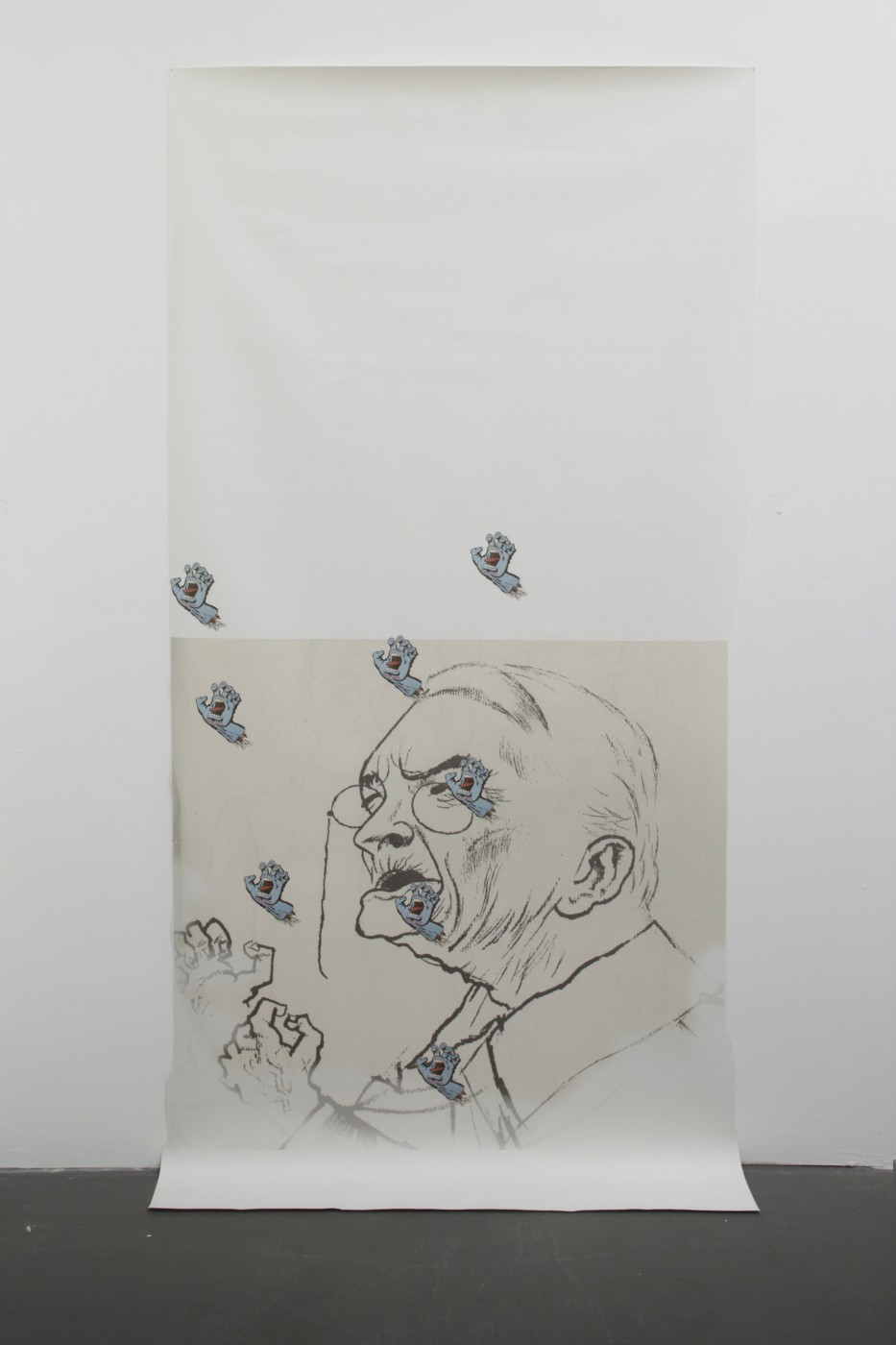 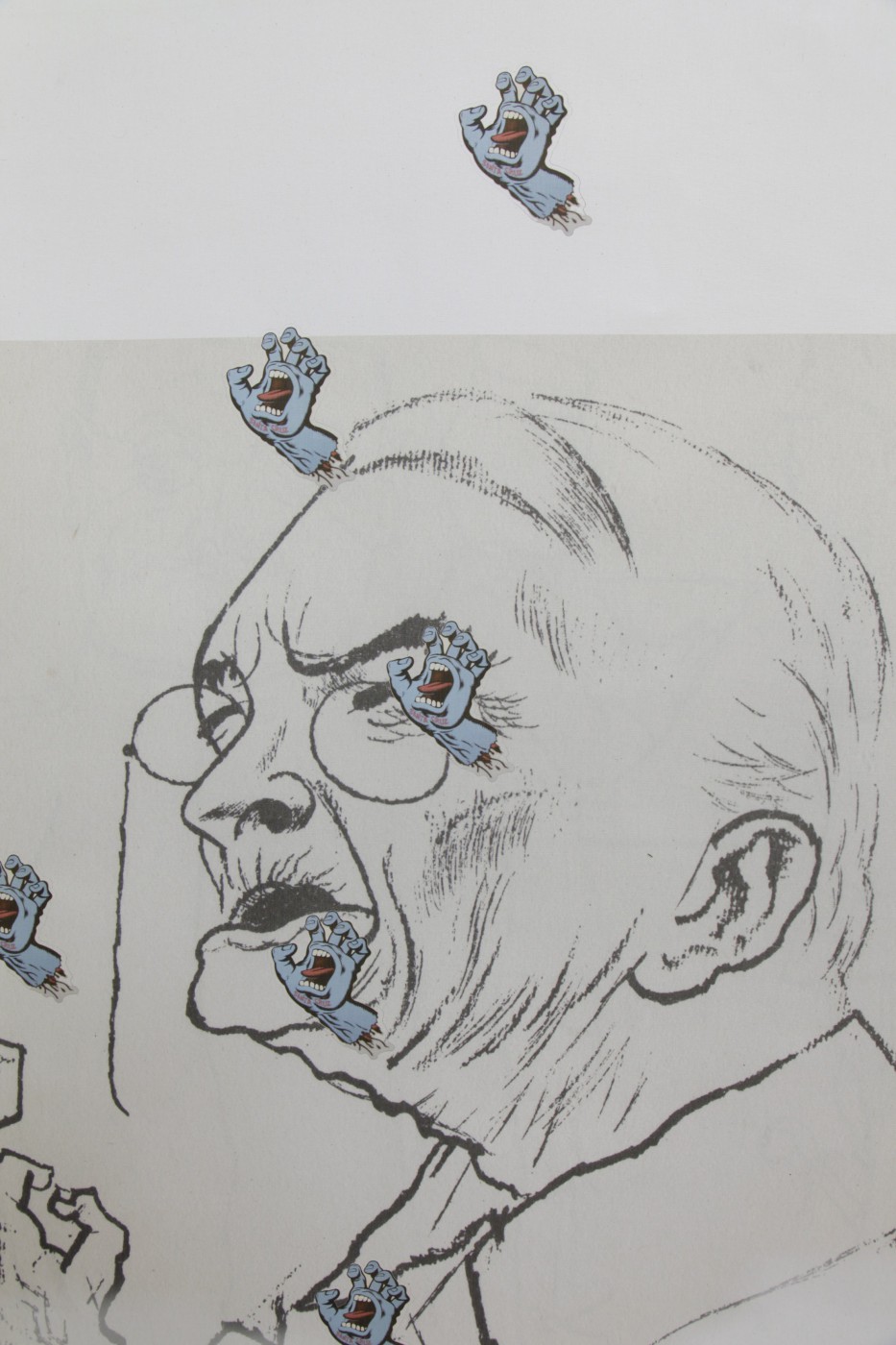 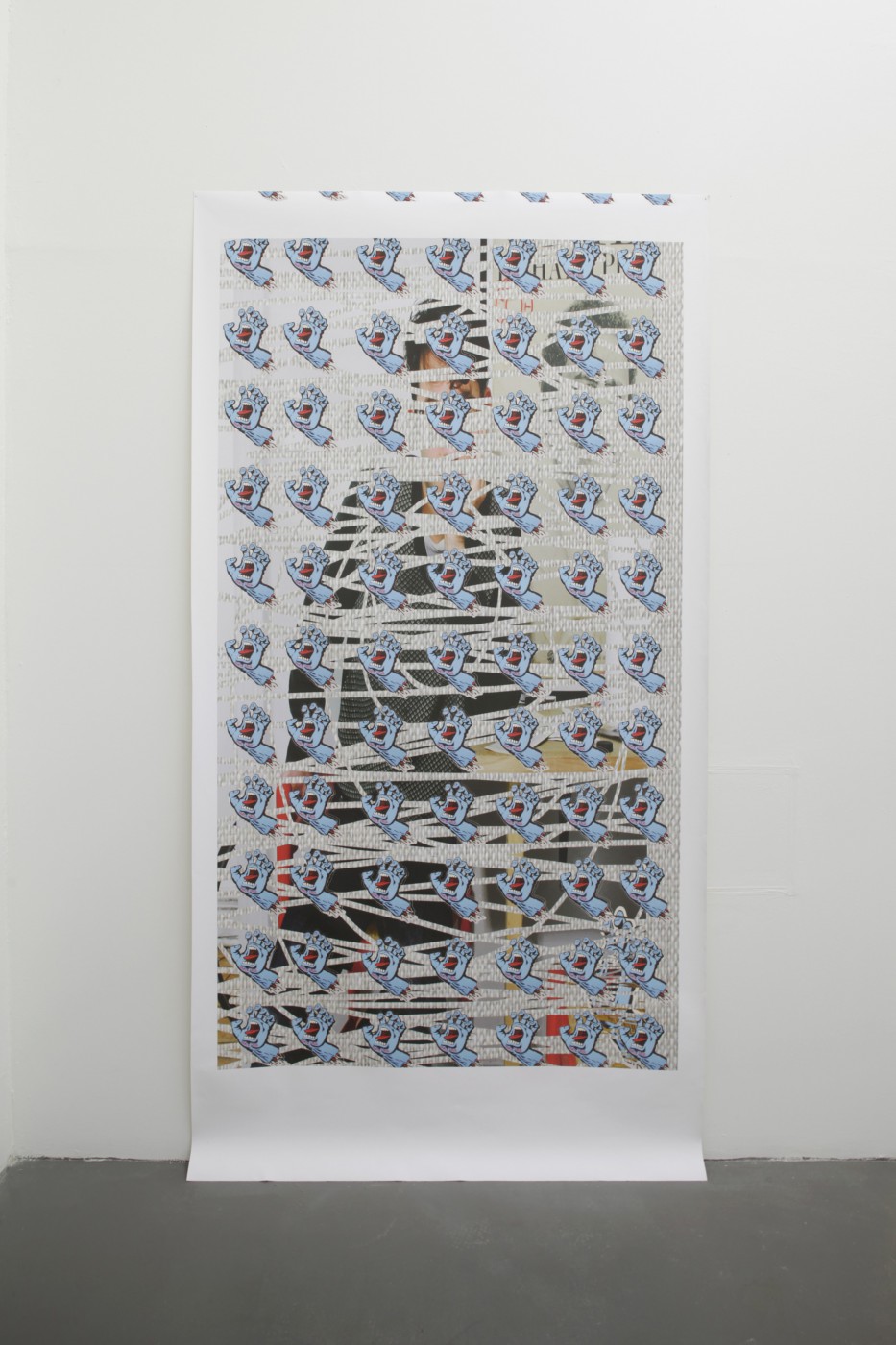 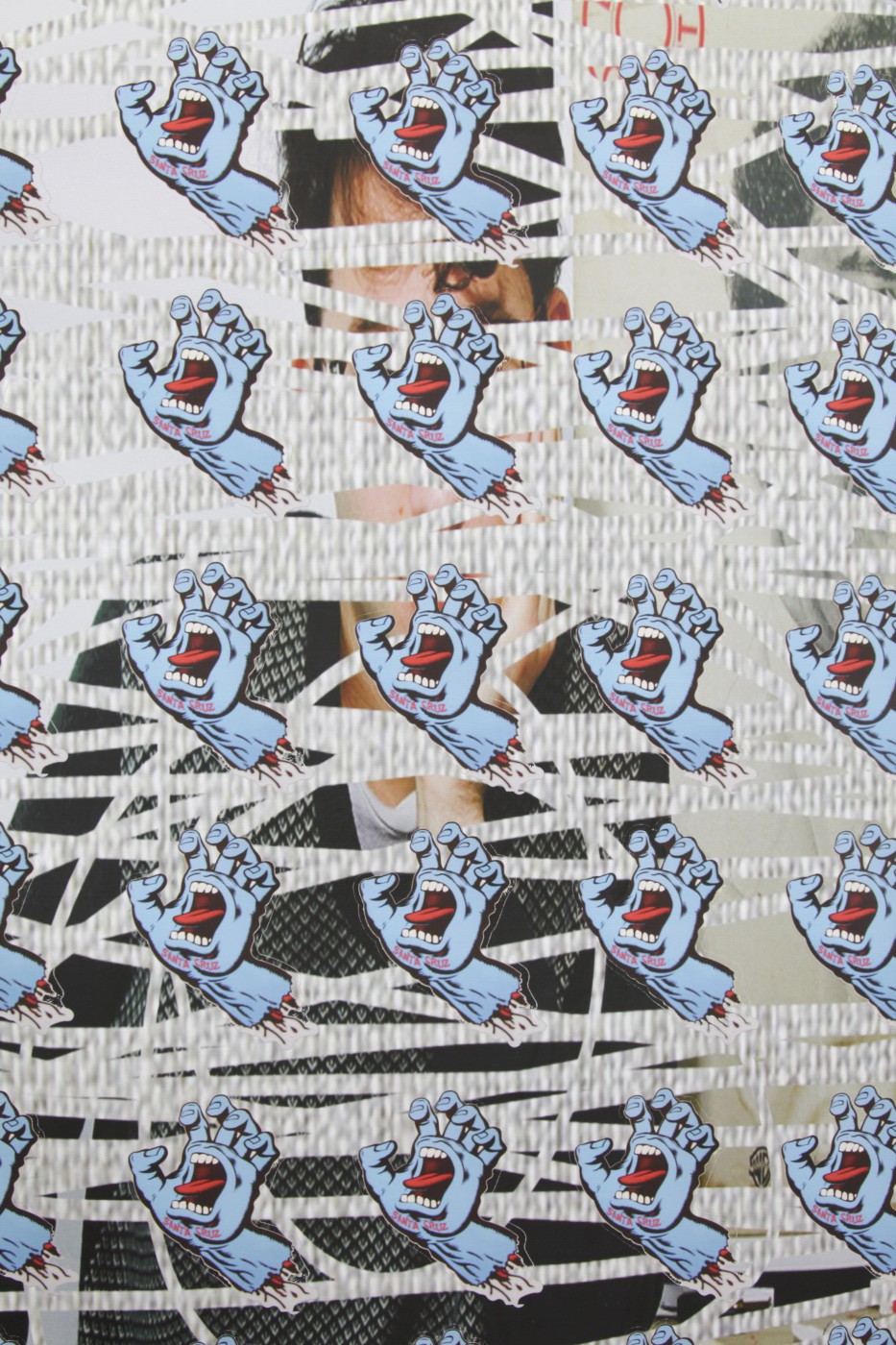 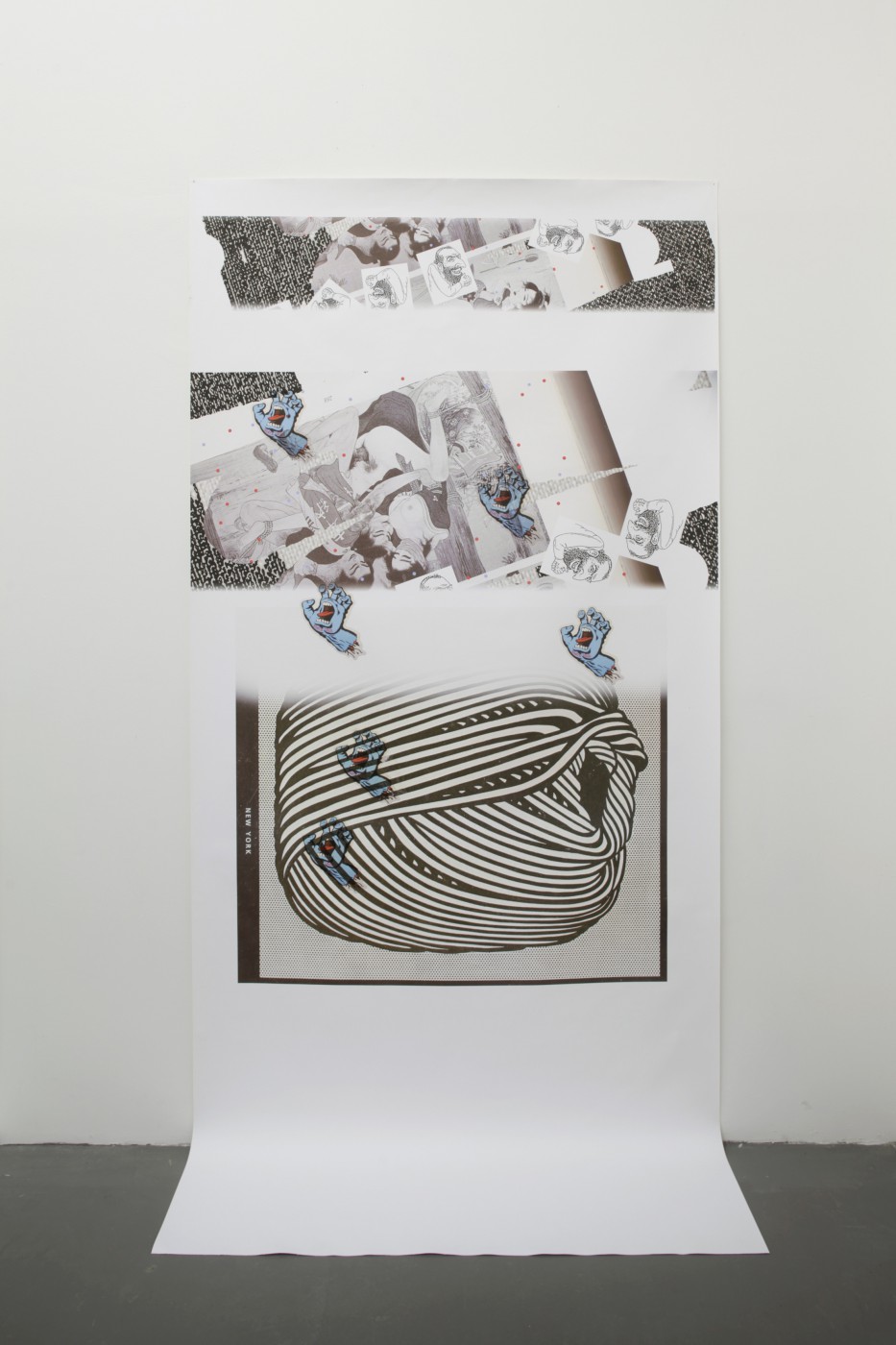 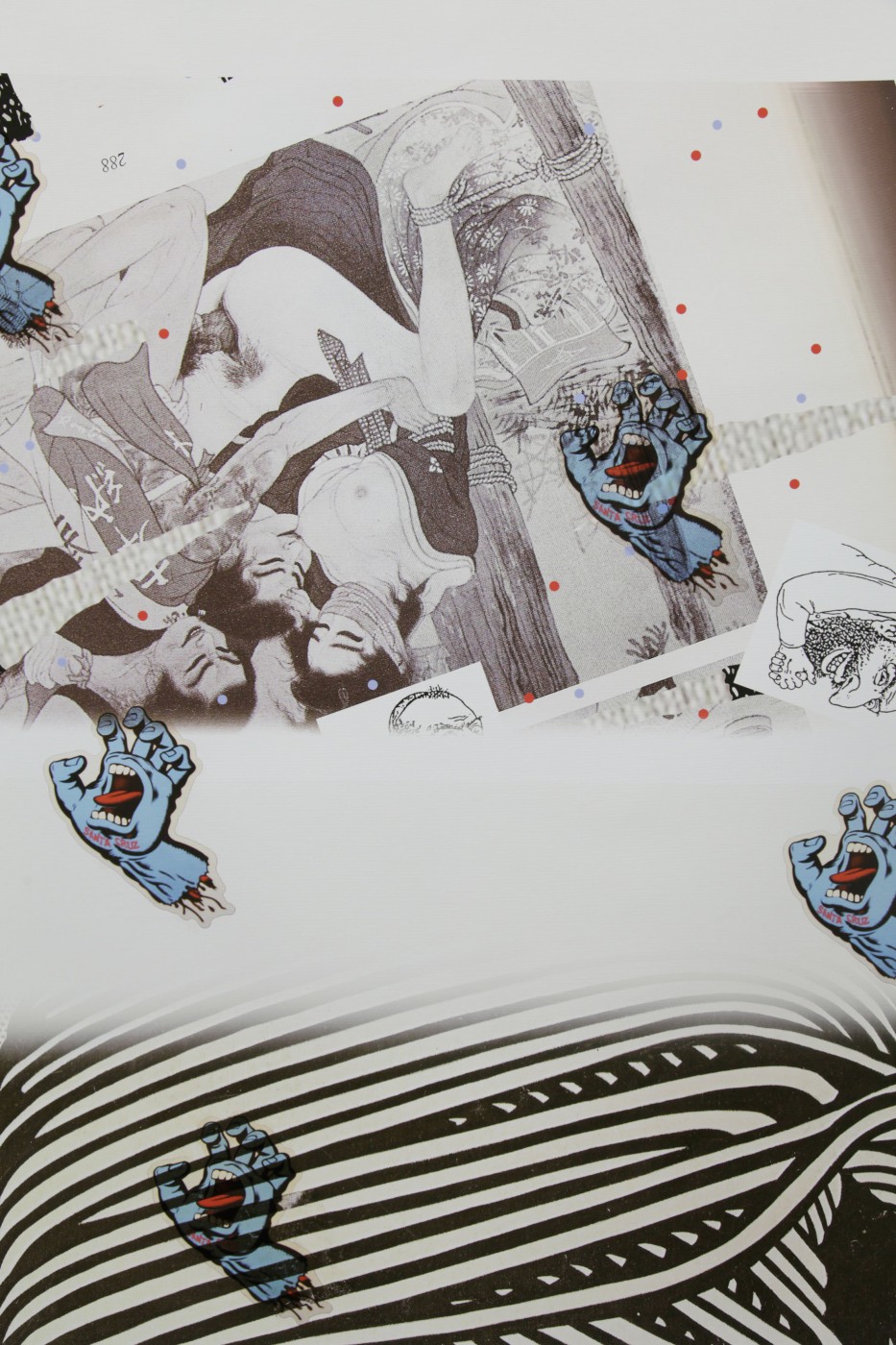 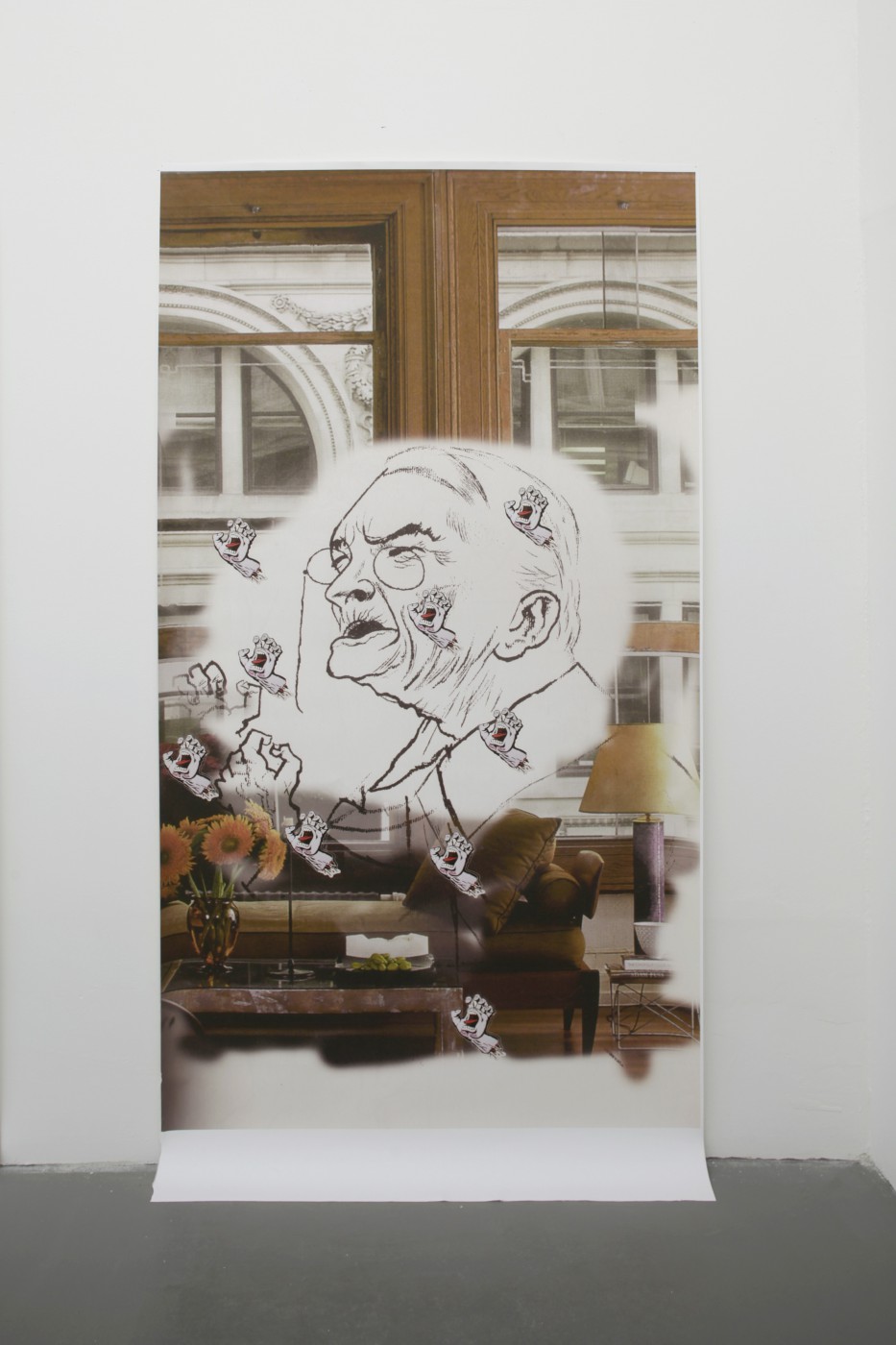 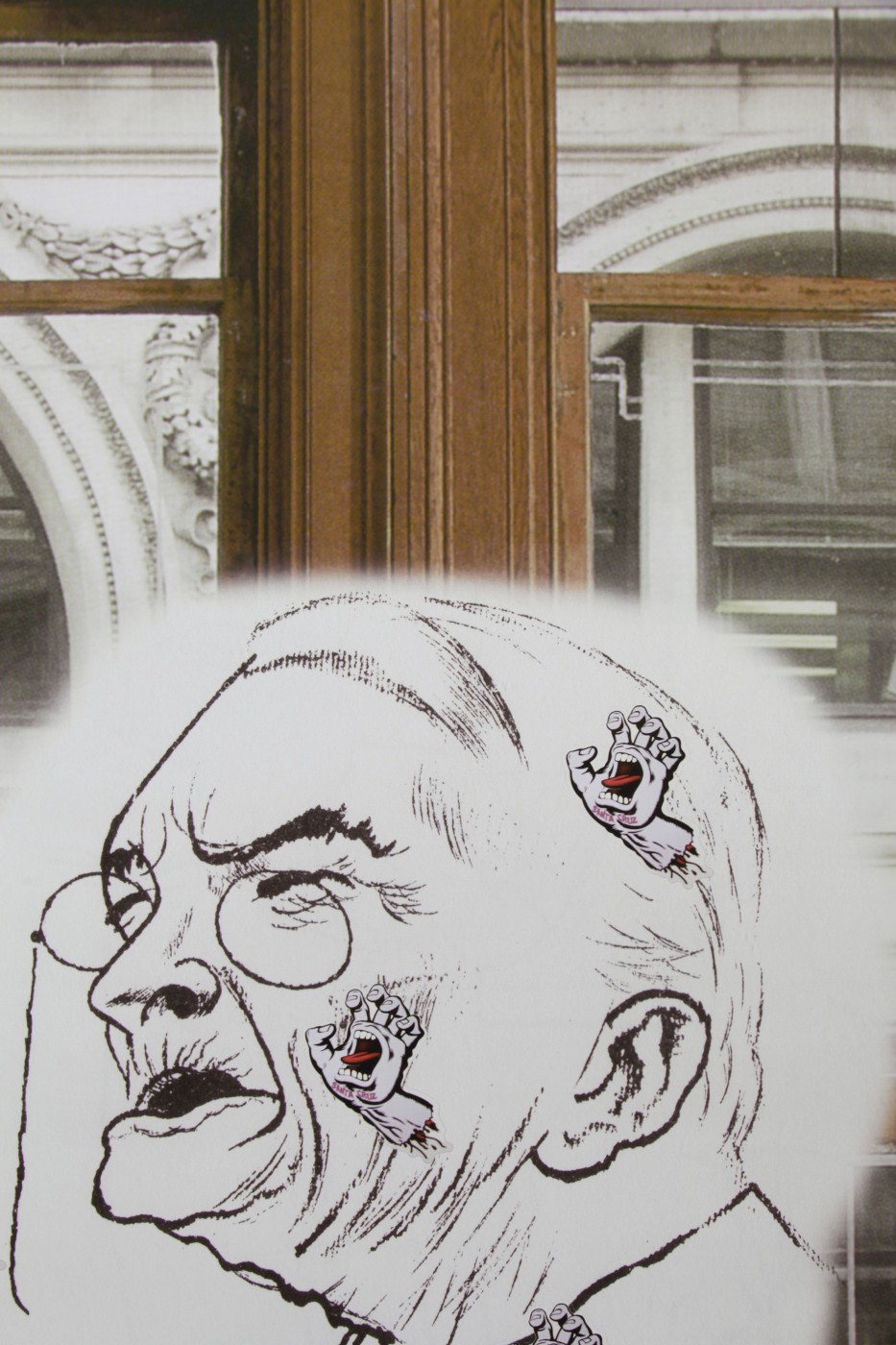 T293 is pleased to present Jordan Wolfson’s first exhibition in the new Rome’ space. In this new and specific project by the New York artist, the video has become the device for showing sequences or superimpositions of images and objects that are developing into metaphorical shapes originate from various moral positions; throughout sequences of slow-motioned fixed shots, two types of pictures showing young men photographed either in explicit positions or without their knowledge are painted onto a series of clenched lobster claws. In both situations, those men are alternately showing a feeling of pride or a vulnerable pose, states of activity and passivity. Through the use of strong and ambiguous images, the intention is to shock the viewer inducing a feeling of uncertainty which culminates in the difficulty to express an opinion. At the same time, a more instinctive point of view is suggested with a series of sayings on stickers placed on the tops of the monitors, recall the ones that are frequently appearing in the dynamic urban realities, usually on the walls of houses or on the back of the cars, where strong and affirmed positions are worsen with an intent of anonymity. The line between politically correct and politically incorrect disappears, so that the questions. as well as orientations, eventually blend. The spaced succession of those falsely motionless still life paintings is then enhanced thanks to the screening split on two monitors displayed facing each other. Along with the video a sequence of prints on canvas overrun the gallery’s walls: created from the artist’s personal archive, those digital collages can be seen as an infestation of symbols inherited from the superabundant traditional and urban visual imaginary, in which the patterns are repeated and juxtaposed as in a didactic exercise about the contemporary culture’s absurdity, that Wolfson senses as a disorientation of the philosophical and aesthetic values.