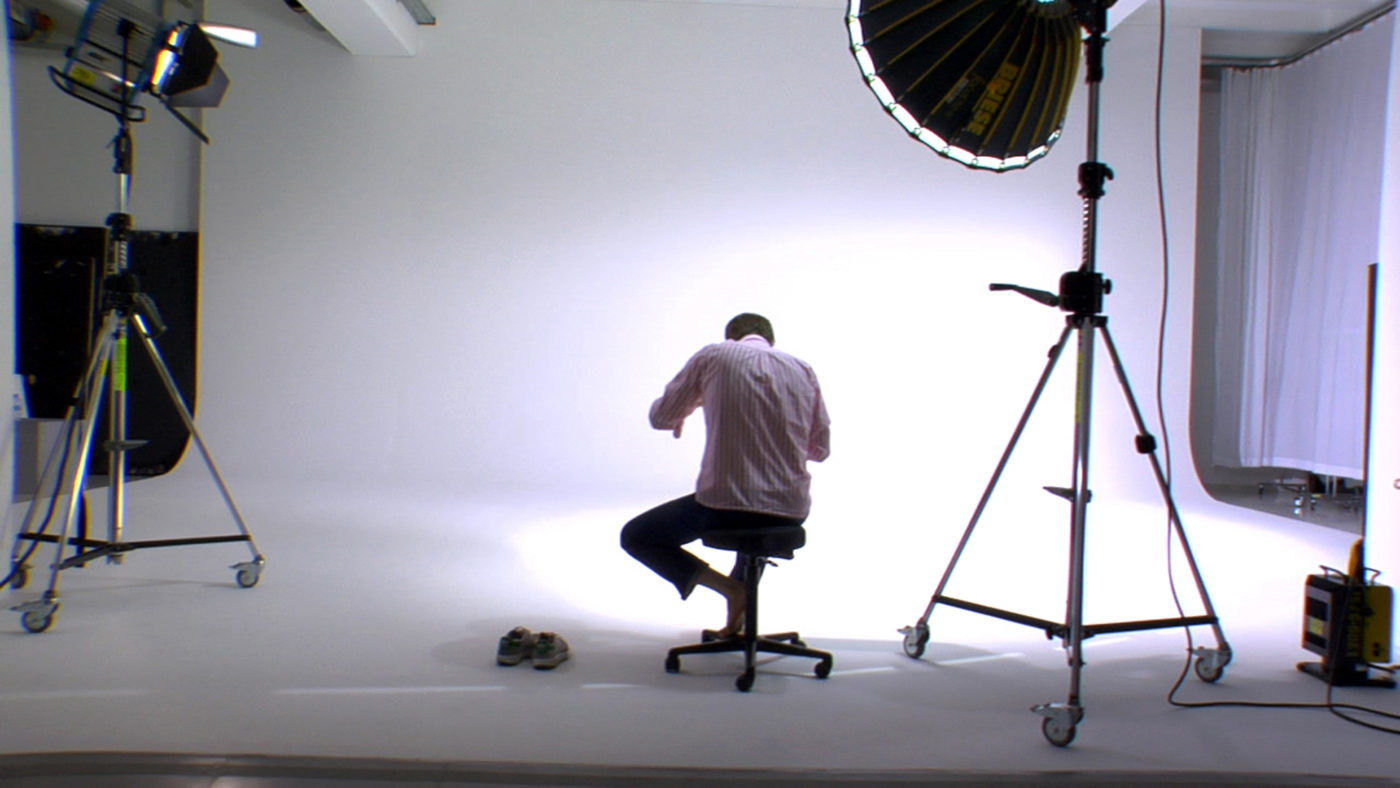 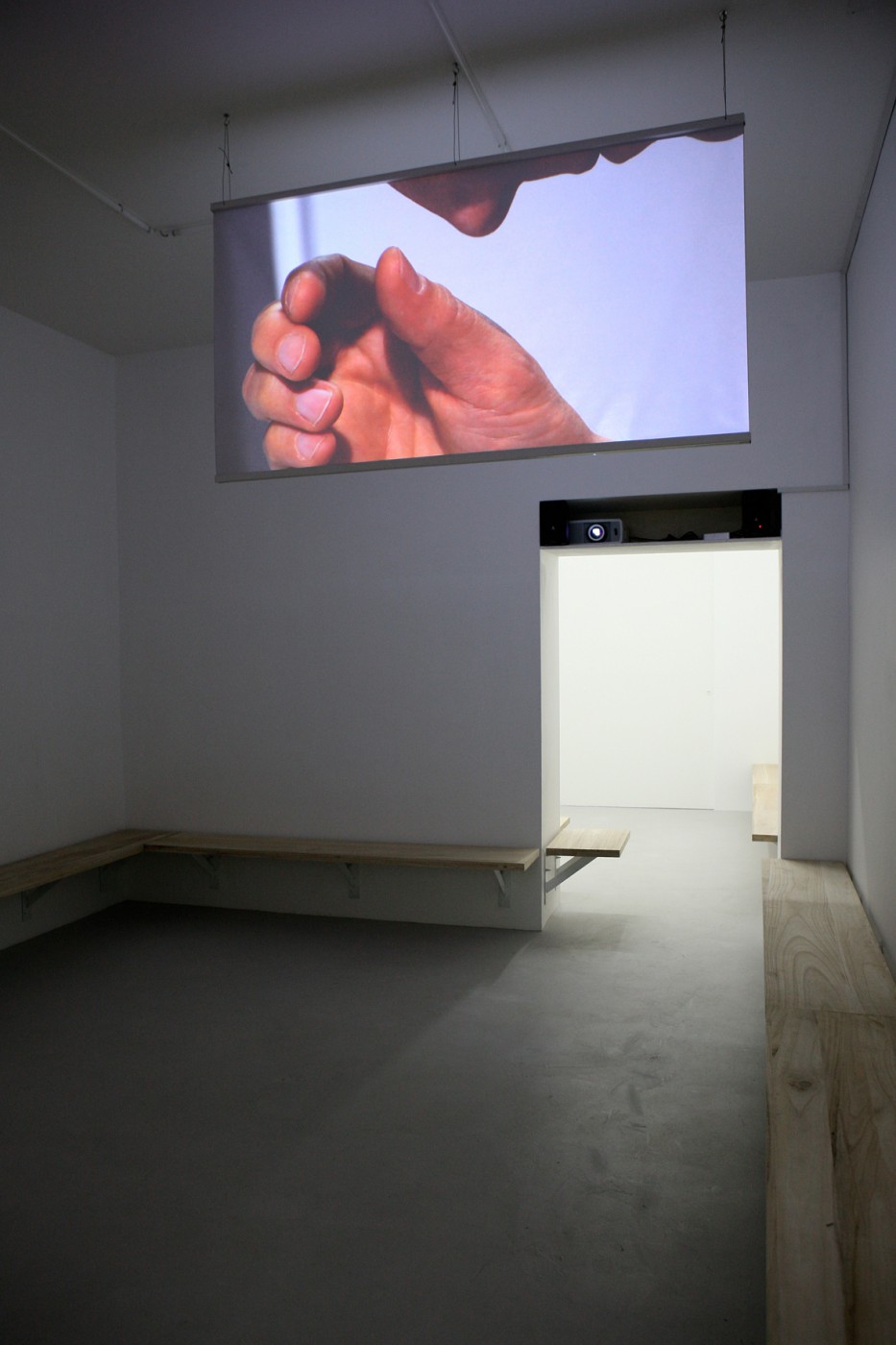 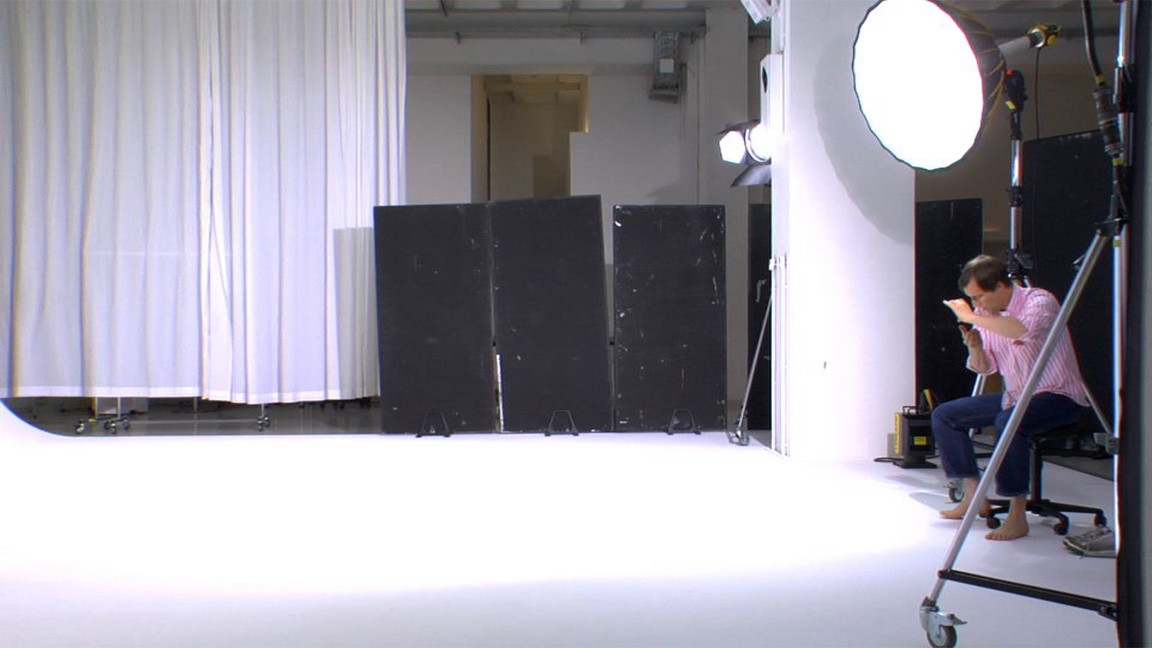 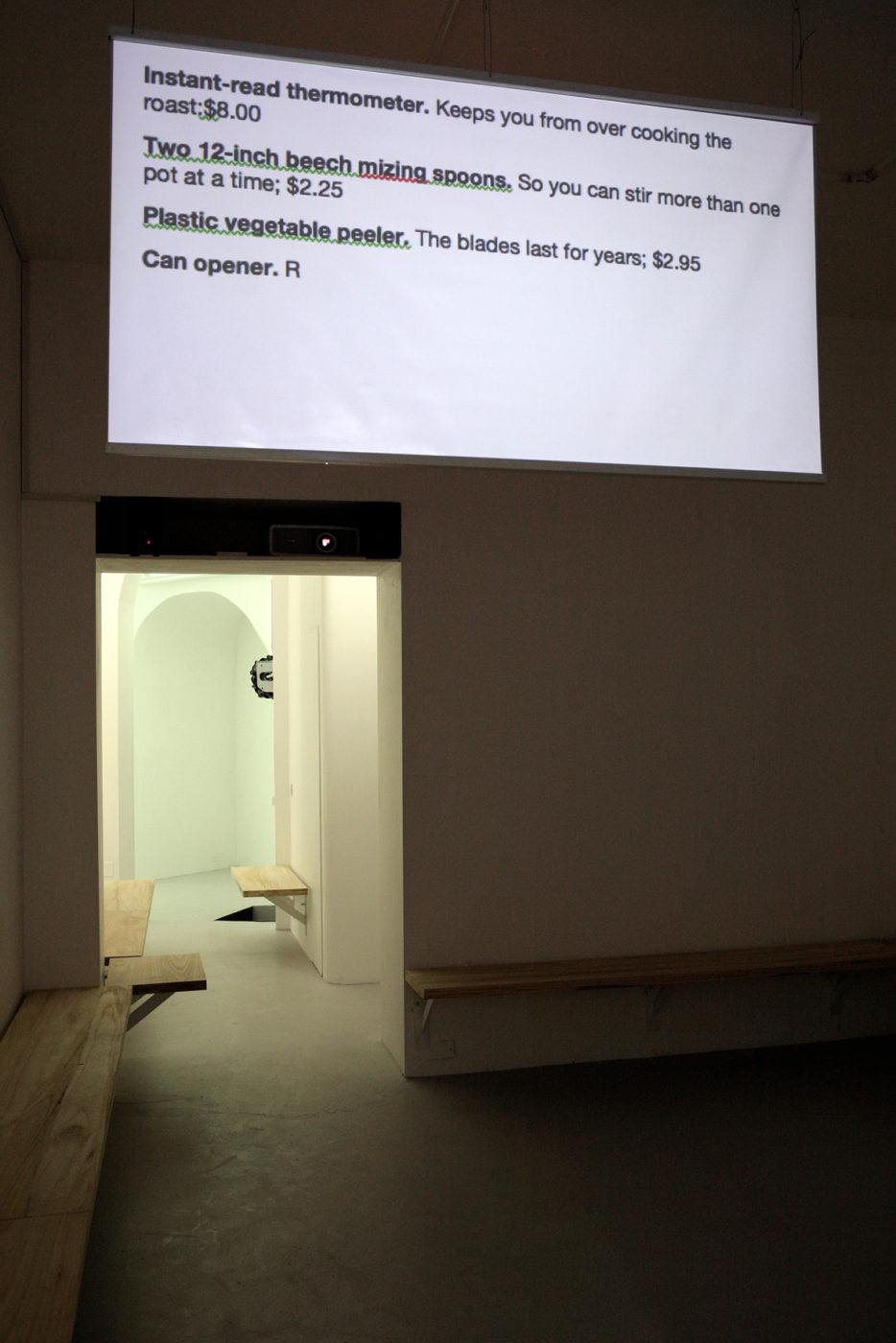 Imagination is a mechanism which can produce continuous reversals of meaning characterized by a never-ending employment of logic: objects that change their sense, real actions which become virtual and vice versa. Reality, on the other hand, produces a whirling kaleidoscope of differences that generate confused and difficult conditions which can be ascribed to a unique feeling. Jordan Wolfson’s (New York, 1980) installation has a paradoxically modern sense of difference and critique at its theme. “Basics” is a two channel video projected on either side of a hanging screen. The one side shows a mime alone in an empty photostudio pretending to take a photograph while an audio track taken from YouTube of a young man’s absurd diatribe on Islamic religion is appropriated. The video is conceptually doubled back and obscured again by the second channel which shows a video recorded screen shot of a document being typed on the subject of essential kitchen appliances and communal cooking. The installation expands throughout the art gallery going beyond the projection space by means of a system of benches placed along the walls. The meaning based on the practical use of long seats, typically recalls those of a gym or a prison. Playing with reproductions, appropriation, analogies and ambiguity, Jordan Wolfson, creates a continuous and distorted mix of reality, imagination, and cultural critique.