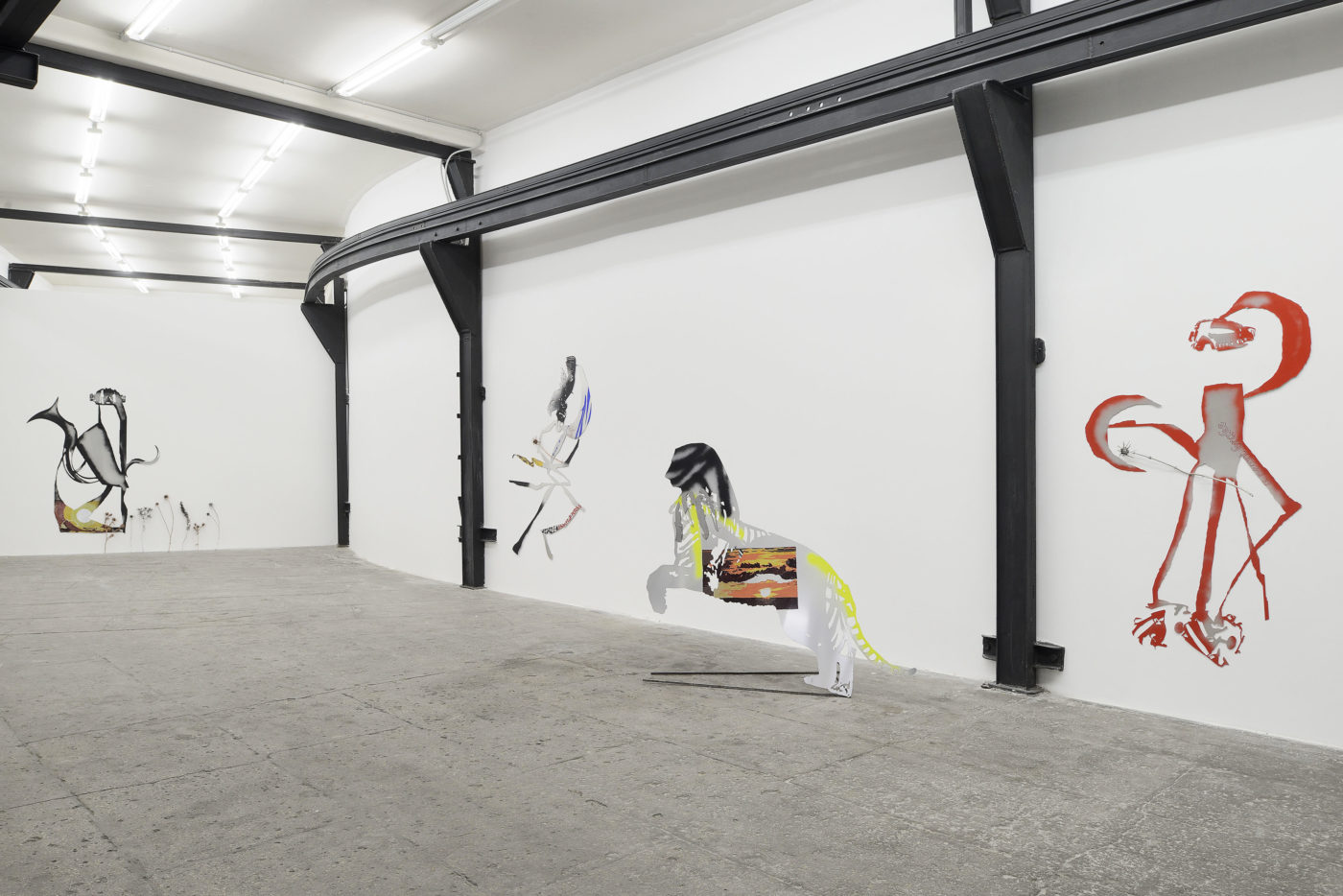 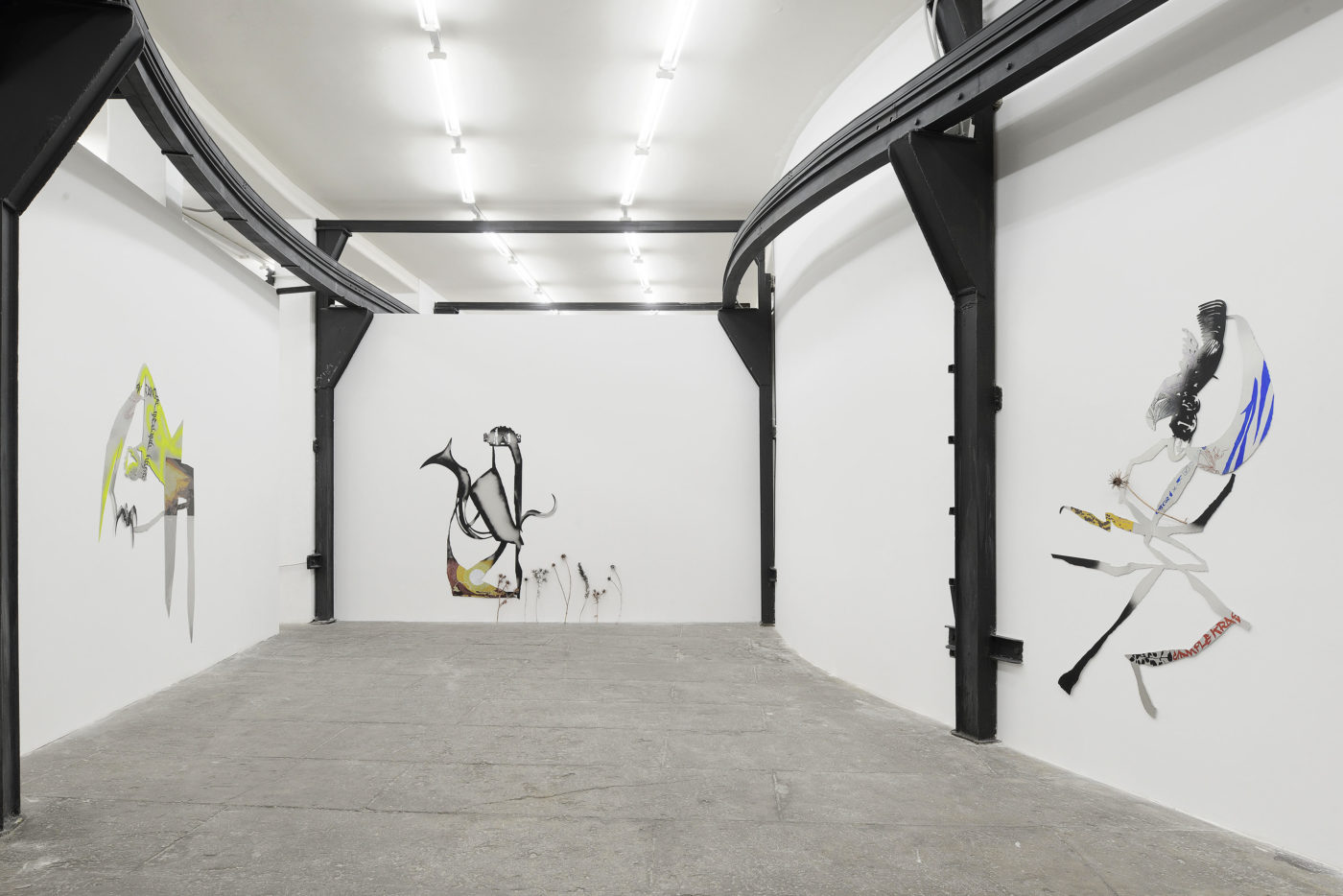 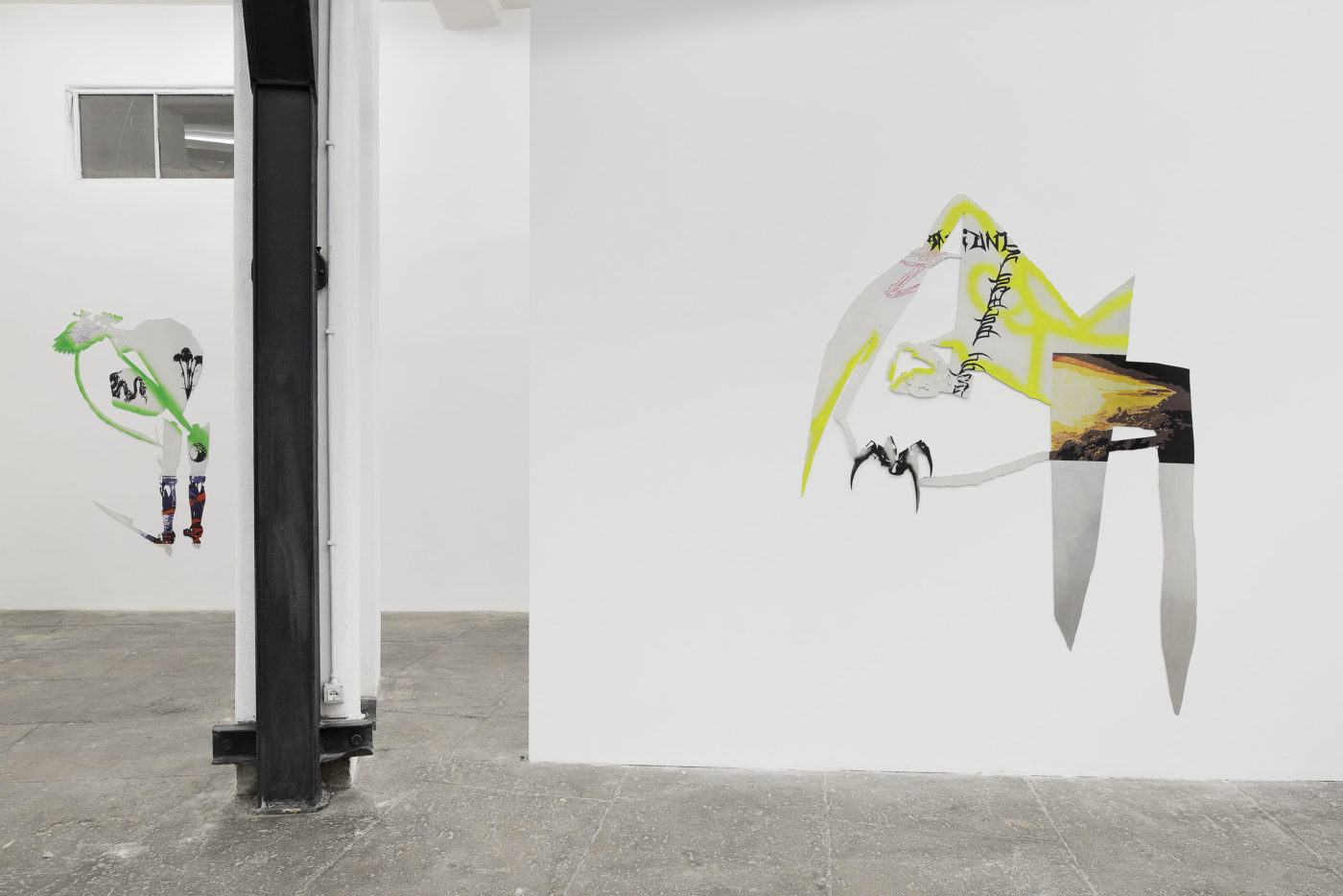 T293 is pleased to host ‘Crystal Tears’, the first solo show at the gallery by the Cypriot artist Lito Kattou, revealing a new series of sculptures. Based on solid theories of non-anthropocentric points of view, the artist concentrates her practice on the idea of how contemporaneity thinks about bodies and its relationship with the natural environment.

Conceptually powerful and aesthetically energetic, the sculptures, halfway between anthropomorphic figures and beings from another world, present themselves as flat bodies, constructed with fragments of different ideas and elements, closely associated to our contemporary relation with the digital world. We constantly face digital screens, a two dimensional world which we somehow convert into a three dimensional one. The flatness of those bodies is an important part of Kattou’s practice as it discusses the limits of sculpture and painting and how both of them connect.

Fascinated by the idea of how language is ever changing in a silent way due to social, economic and historical conditions, Kattou recognizes it as a ‘ruin’, and includes it in her practice through traces of internet-found fonts. Being practically unrecognizable and unreadable, even though written in a universal language as English, it serves as a recollection of what communication could have been and mostly, what it could become.

What we see on the aluminum surface of those figures is what is going on in their inner worlds, the psyche of those beings. All the information carried by them is about their skills, their characteristics, their origins. As the sculptures stand as inorganic pieces, the flowers in contrast bear a physical remembrance of something that probably is not around anymore, as a souvenir of the nature and how it could have been transformed along the way. The real flowers, gathered by the artist on Mediterranean locations, go through a technical process named eletroforming in which a copper layer is created, becoming a metallic epiderm for the organic matter. The procedure doesn’t always succeed to cover all the surface, nonetheless, the remaining anatomical fractions suggest that human control can never be truly fulfilled, as nature still has a bigger control.

The sculptures presented in the show, which are all processed with hand painted drawings of landscapes, animals, insects, symbols and language traces, suggest an idea of a non-human environment. These bodies could be seen as archaeological remembrances for a future generation to discover and could all the more represent a kind of communication which overcomes the already known humanistic norms.