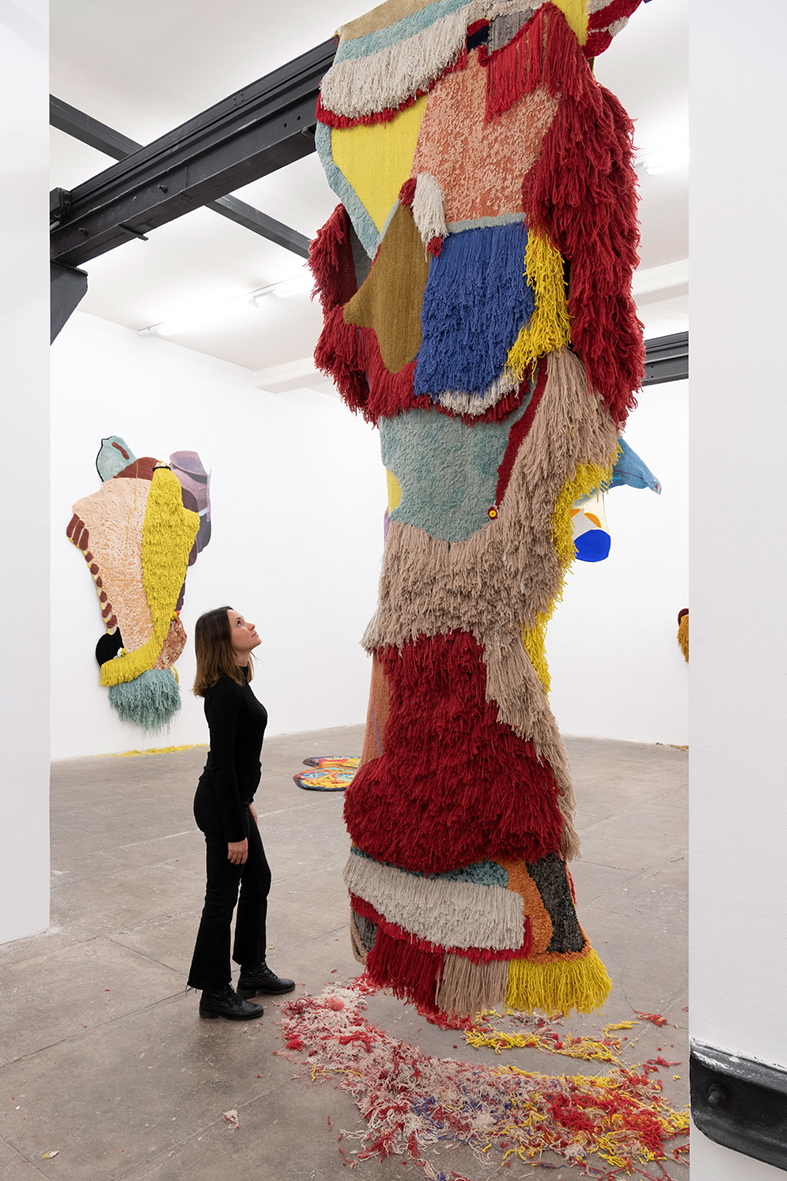 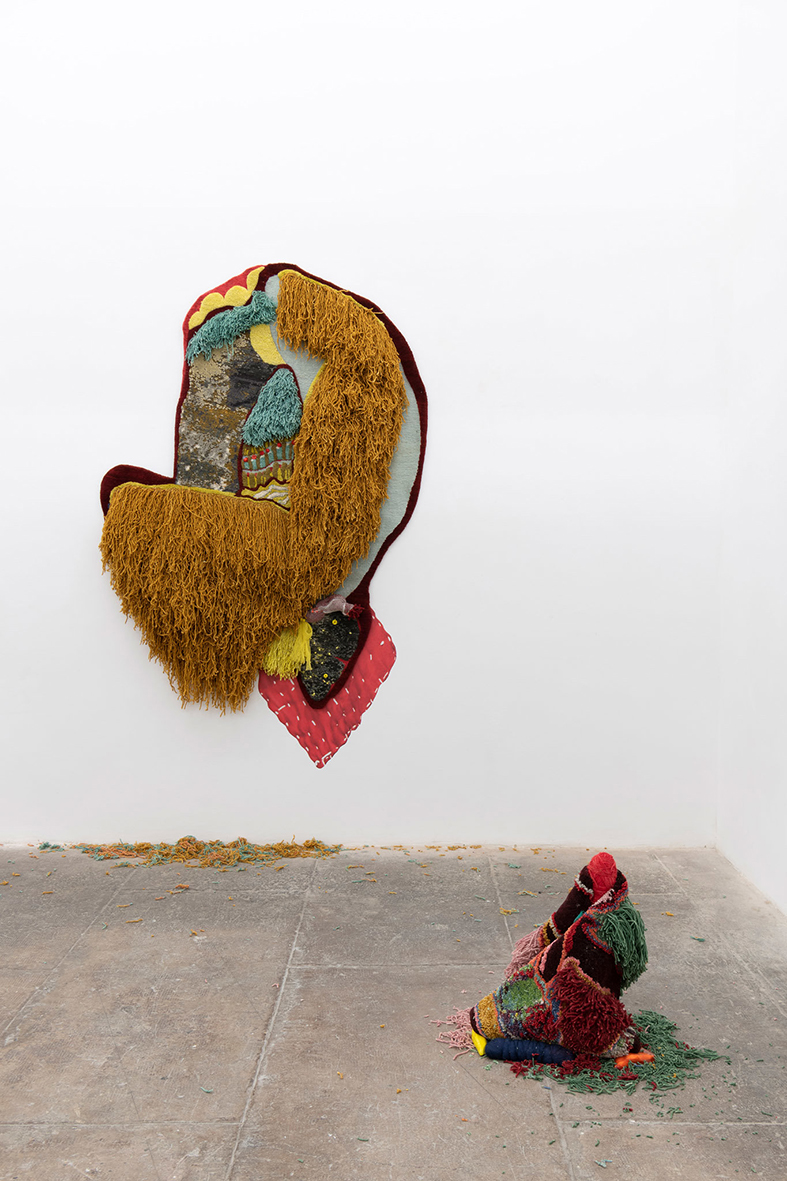 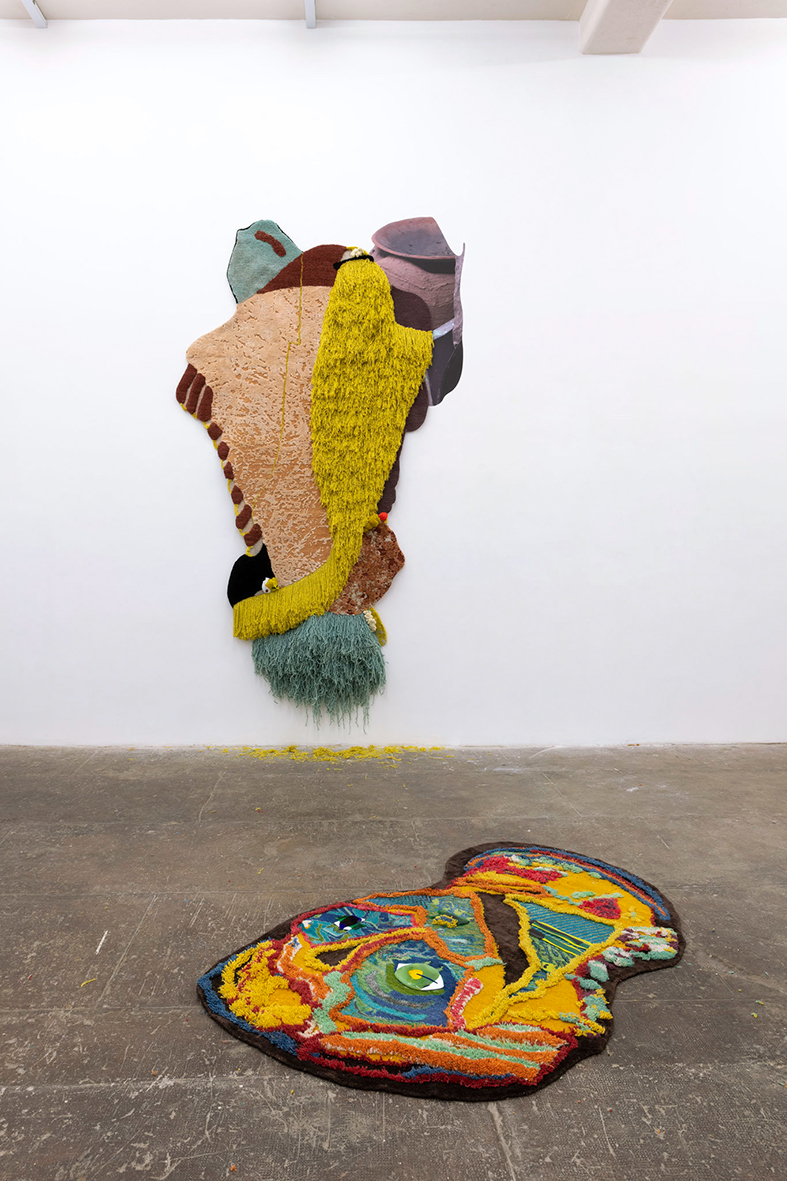 T293 is pleased to present Jugalbandi, an exhibition of new sculptural pieces by Lorenzo Vitturi (Venice, 1980), organized in collaboration with Jaipur Rugs Foundation, India. This will be his second solo exhibition with the gallery.

Lorenzo Vitturi, mainly known as a photographer, presents today a project, unique within his artistic practice: handmade tapestries, made with traditional looms by Indian traditional artisans. Moreover, he investigates for the first time in depth the concept of collaborative practice in the creation of an artwork.

The show is entitled Jugalbandi, which means “entwined twins” and is a musical performance of two people who are neither sole soloist nor solely accompanying, alluding to the structure chosen for the creation of the works, fruit of an fascinating team-work between Lorenzo Vitturi and the Indian craftsmen.

While travelling through rural communities and meeting local weavers in the Indian region of Rajasthan, Vitturi was captivated by the sculptural assemblages that the village life unconsciously creates, as for example, a hay bale precariously balancing on a gate pillar, a pile of terracotta bowls or even a loom covered by a tarp. These arrangements, photographed by Vitturi during his research trip, stand as the genesis of the project.

The urban sculptures are then abstracted into a series of graphic fragments that carry in their outlines a reminiscence of their original shape. In a second moment, the abstract shapes are merged creating a composition of multilayered color fields. Ultimately, the abstract fragments, through the hands of the Indian artisans take real shape as impressive tapestries. As a result each tapestry embodies with its textured presence the richness and beauty of the village’s life and its gentle spirit of becoming. Like in a map, lines and shapes tell a story where every outline has equal value; they are concealed behind an apparent abstractness that narrates a story of authenticity and materiality.

For the first time in his career Vitturi delegates the final phase of the process to an external figure. The works, other than being purely Vitturi’s personal vision, carry also the artisan’s personal sphere, as on each composition the artist left some areas in which the weavers could intervene not only with their technique but also their own vision and ideas. By doing so, the artist consents the sculptures to be not only the result of his own personal research but broadens their significance by allowing each artisan to express their individuality on every piece. As the very last – but not least – passage of this intense process, the artist  intervenes on the rugs by adding fragments of glass and wood, originating from his hometown, Venice. Shouldn’t the lockdown had made travelling inconceivable during the last months, this final step would have happened alongside the weavers in India.

In conclusion, the result was a Jugalbandi, a digital dialogue of two authors carried out during the period of lockdown between London and Rajasthan, in which Vitturi’s graphic impressions, inspired by the shapes and textures collected during the time spent in the village, cohabit and coexist with the world sketched by the weavers. The vibrant tapestries – outcome of an intense process started in November 2019 – are, for Vitturi, mental maps of a journey which is still ongoing. 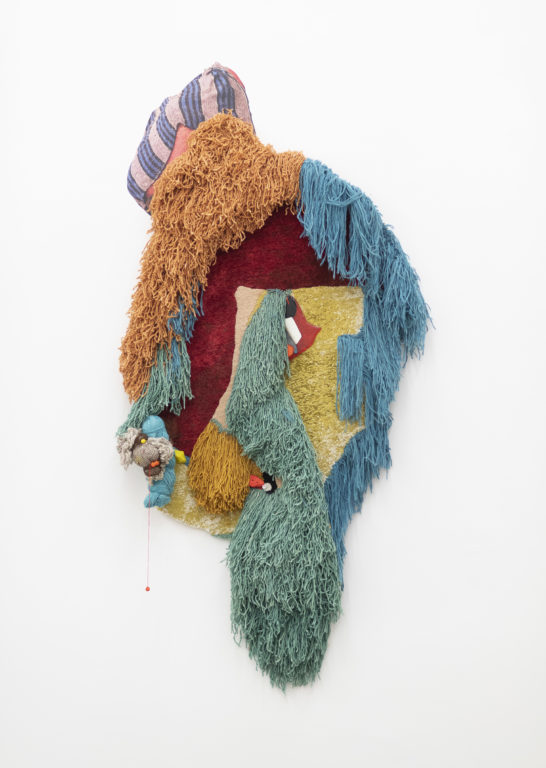 Amorphous entities inhabit T293 gallery space, emanating an uncanny aura. Indulging the pathetic fallacy, the totemic features of Lorenzo Vitturi’s sculptures – a dazzling hodgepodge of brightly coloured fibres, scraps, glass fragments, and contrasting textures – seems to belong to guiding daemons while, in fact, they allude to the outlandish balance of fortuitous assemblages of worldly objects. Vitturi’s research conflate the act of abstraction and play in connecting heterogeneous tokens together – from Indian rugs to Murano glass – to re-balance canonical hierarchies, and to suggest cartographies where people and artefacts intersect in a compositional funambulism, at times resembling Matt Calderwood’s or Stephanie Mann’s works.
In the frame of his latest exhibition, Vitturi weaves tapestries of multifaceted and fringed narratives. Eschewing prosaic claims of authorship, he embraces a polyphonic form of production. The installation veers between the artist’s gaze of Rajasthan – whose photographic documentation of piles of objects stands as the initial suggestion – and the craftsmanship of the Indian artisans, to propose a tableau of singularities overlayered in the materiality of the artefacts.
Photographs and handmade textiles significantly differ in the time of production: the first is considered an instantaneous act; the latter is the result of slow labour. Nonetheless, the potential of Vitturi’s work stands precisely in his ability to tuning asynchronous rhythms into a performance with the weavers, as the etymology of the exhibition title – Jugalbandi – recalls. The works do not function then as singular objects; but rather as transitional sculptures, since they mediate between several individualities at once, bringing them together in the ritual of transformations.