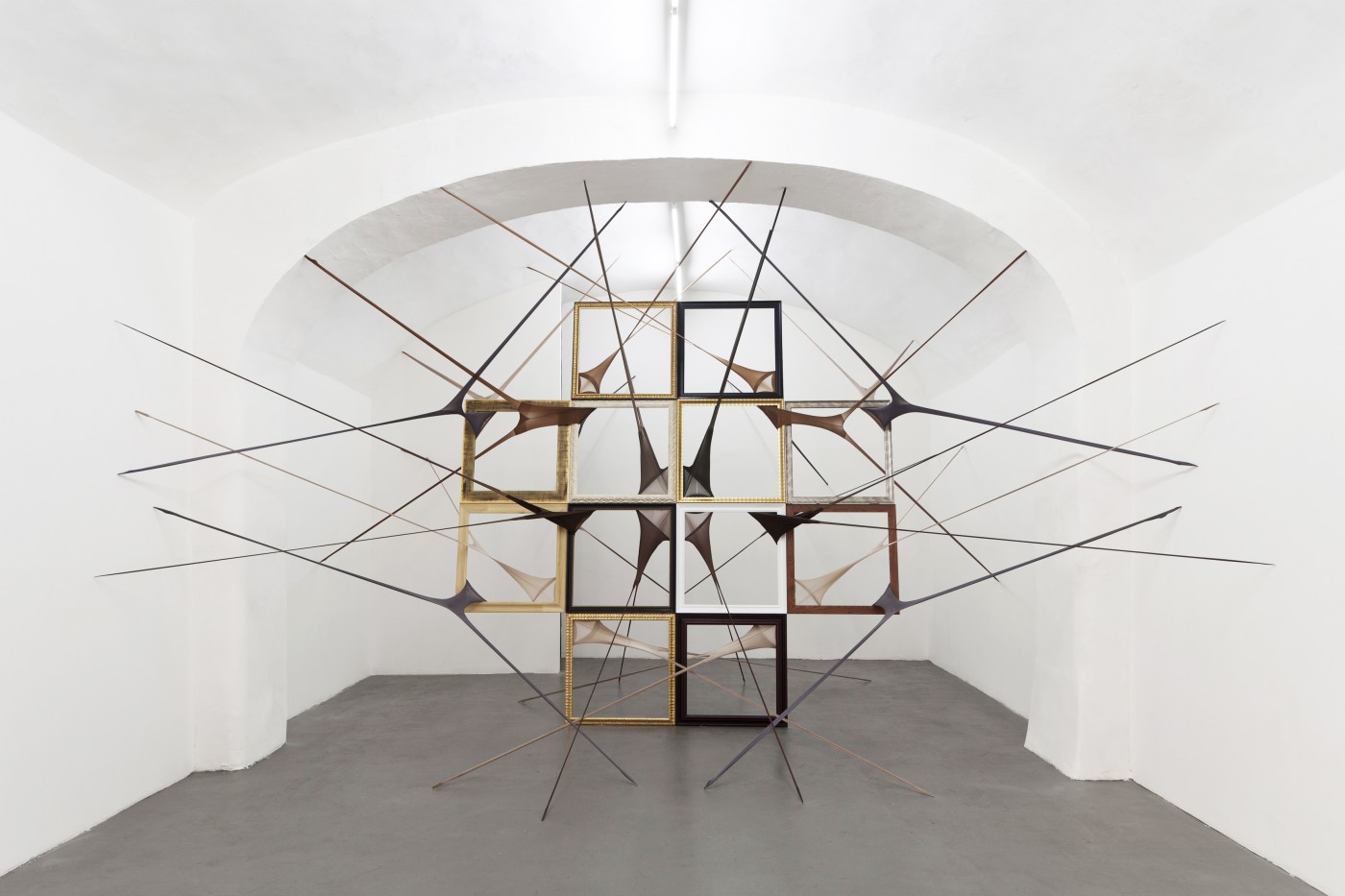 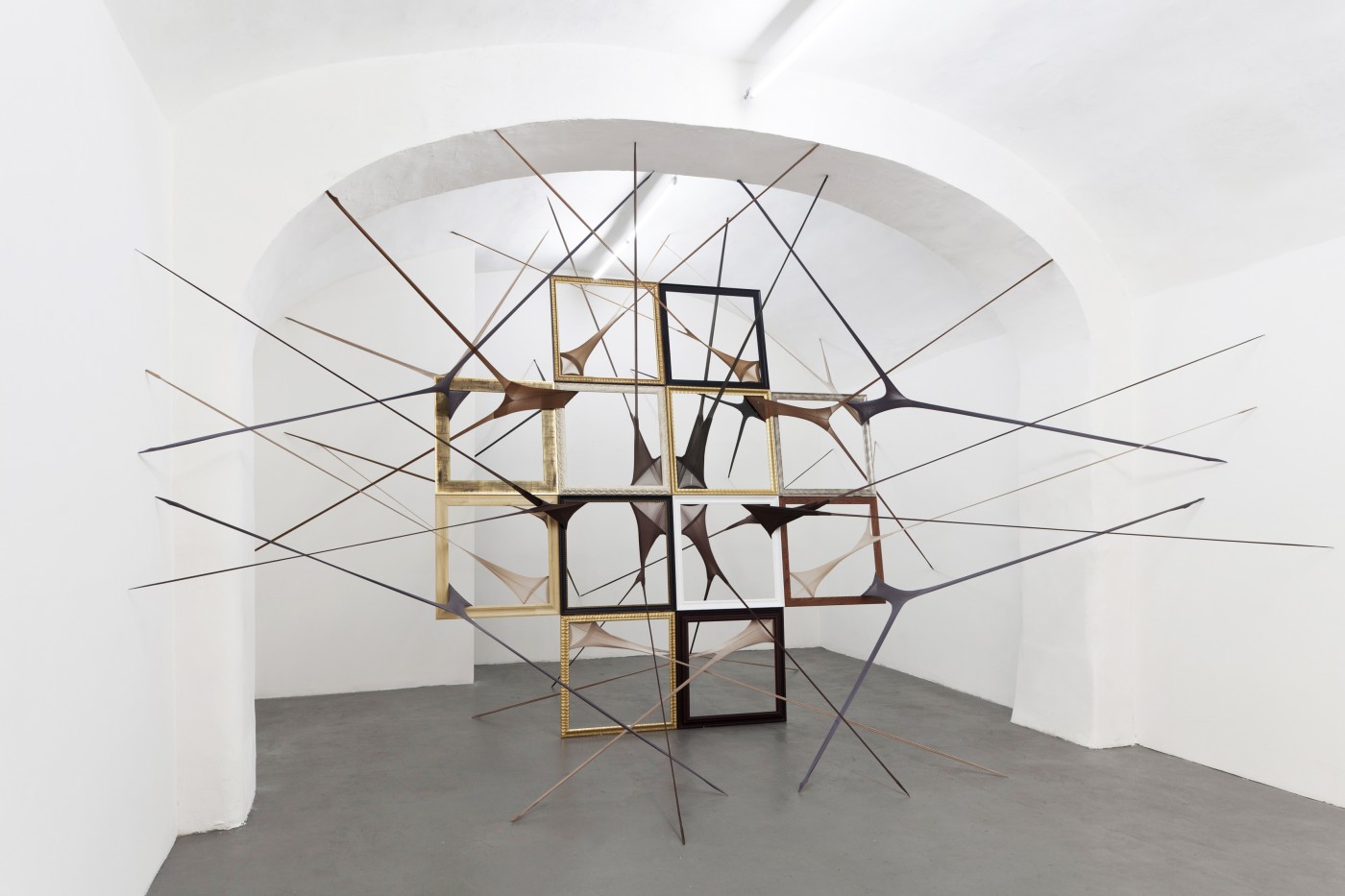 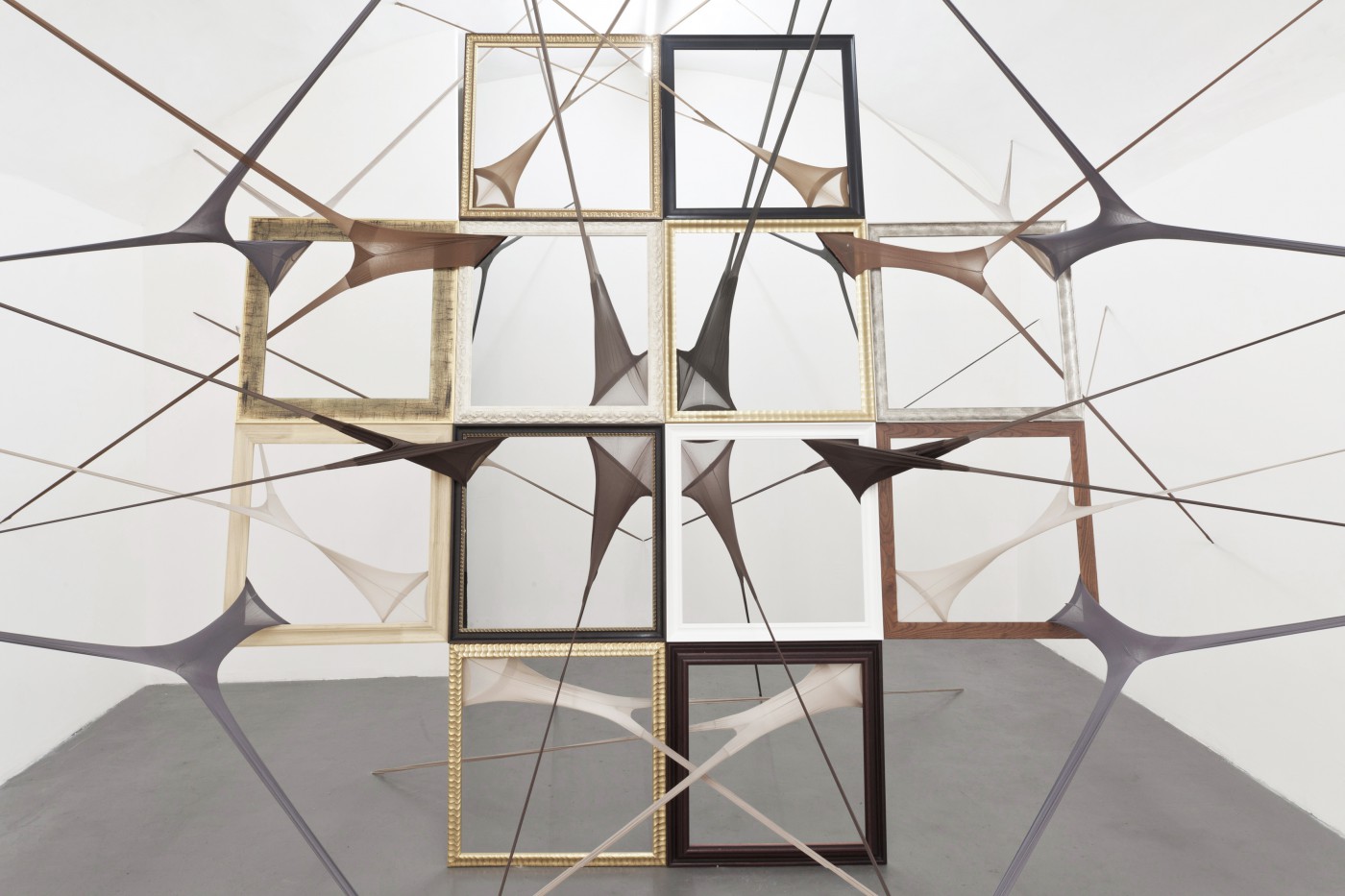 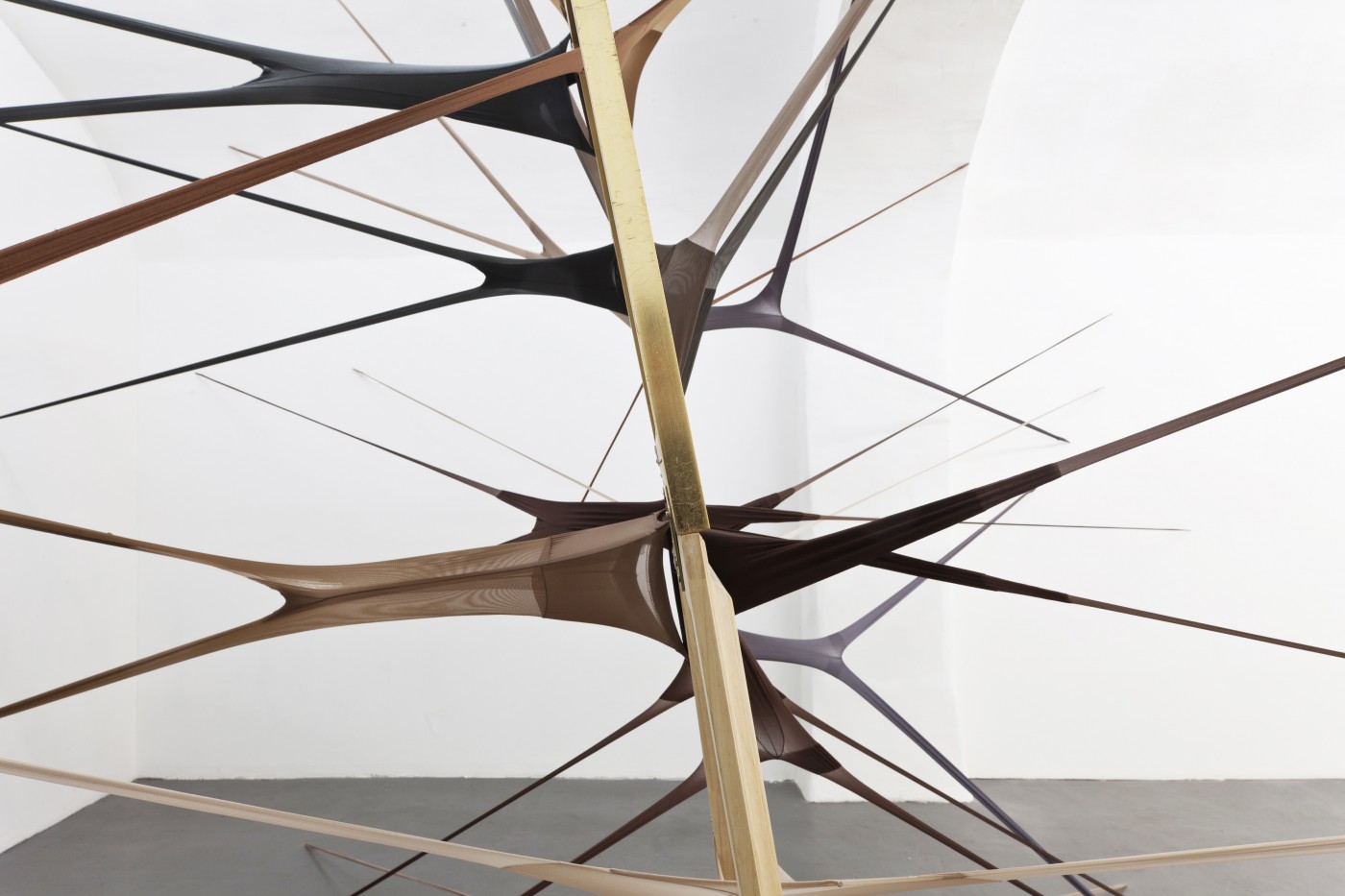 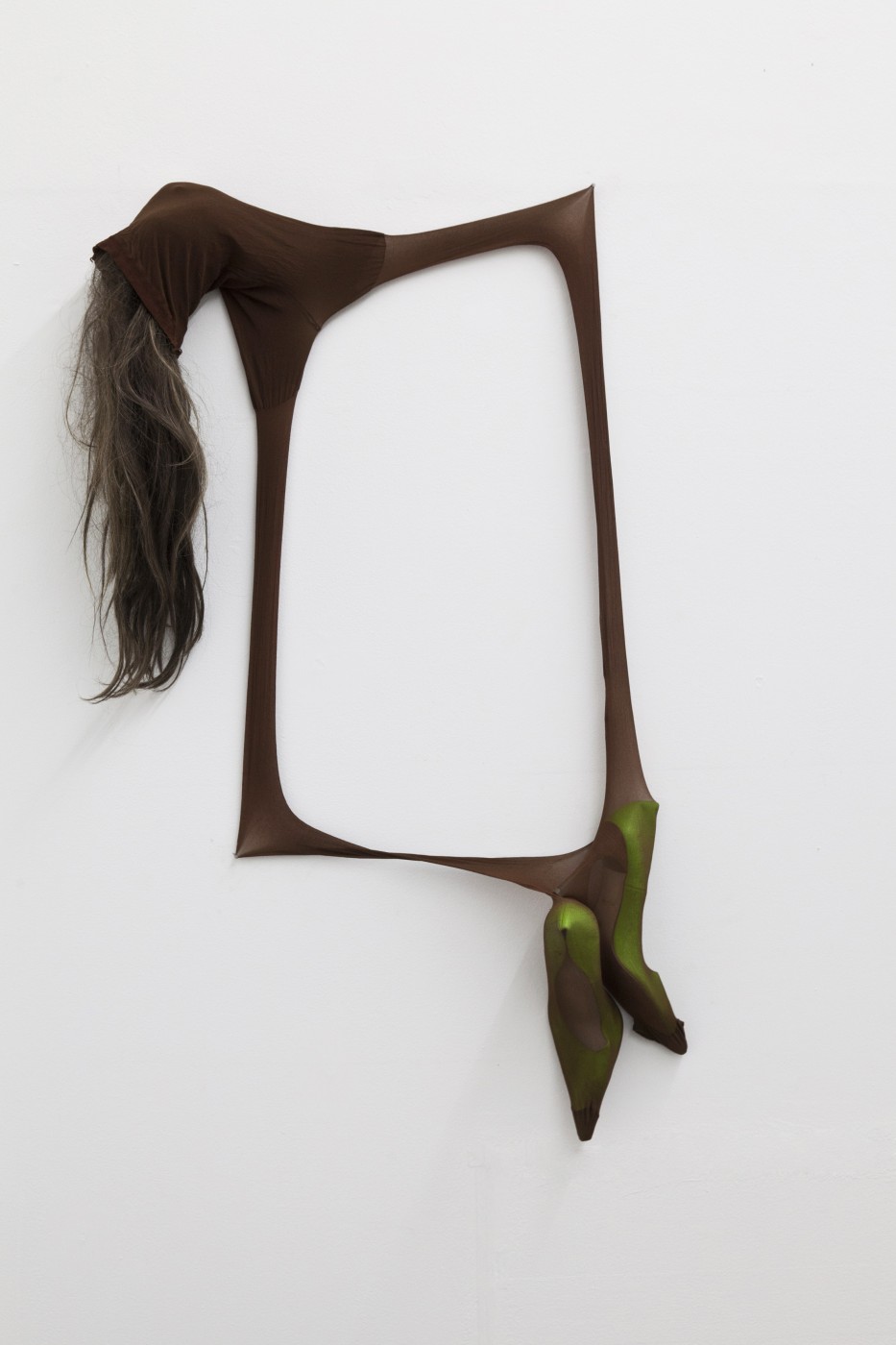 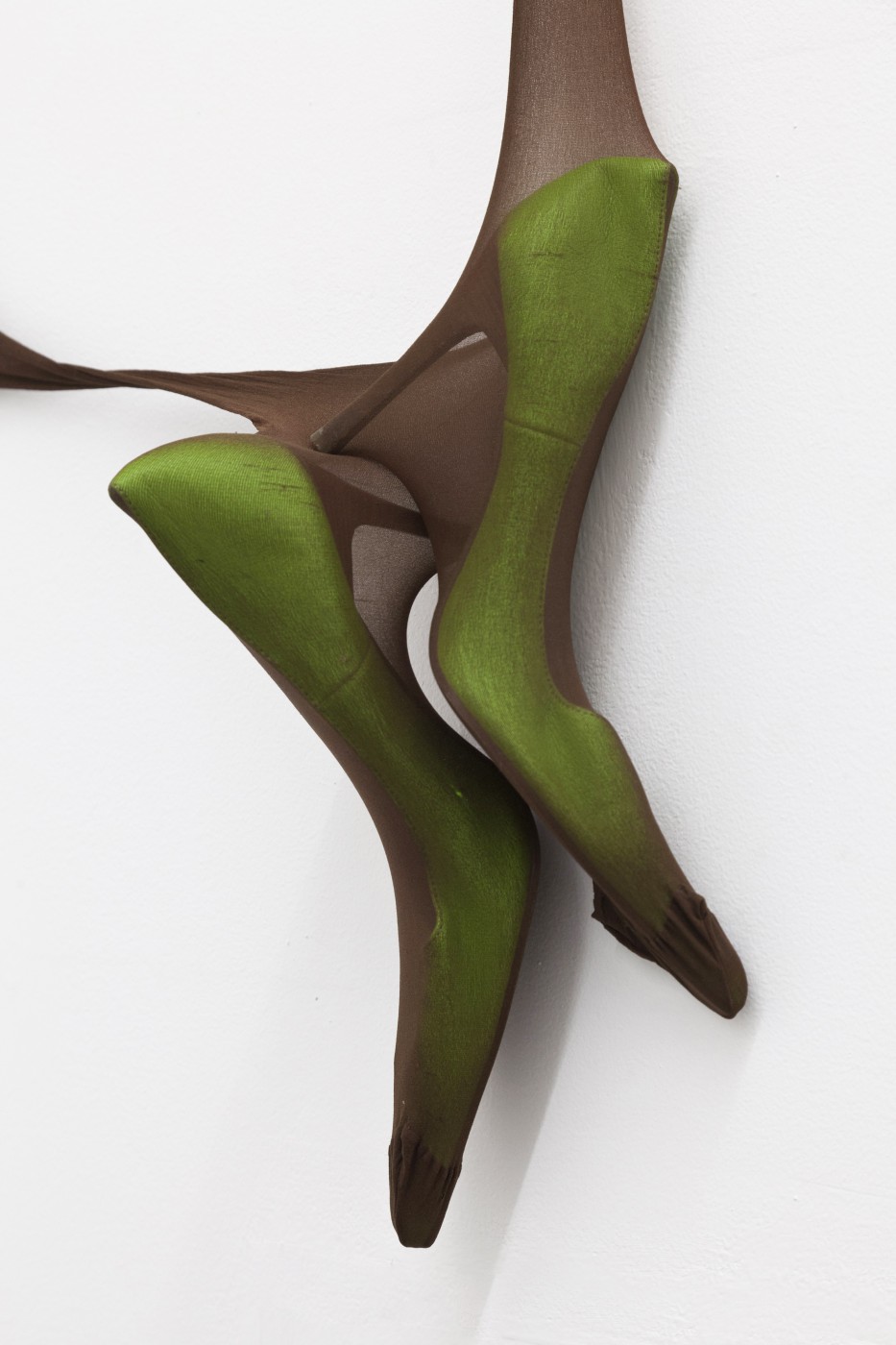 The exhibition’s first part in Naples features a series of works that have been realized by modifying and customizing Pin-ups photos taken from 1950’s magazines. Arranged as puzzle pieces on different surfaces, the photos become the metaphors of the construction and deconstruction of those female identities as objects of attraction and desire: a process of approach and interpretation towards the opposite sex which has no end or boundaries, as long as it turns to be modified and nourished by the contact with what meets or resists the desire. The objects, as often in Soto Climent’s work, are interpreting an unstoppable dialectical discourse between the self and the other, and the tensions between genders that have yet to be resolved.

The large-scale installation especially conceived for the Rome gallery combines the consistency of objects’ materiality along with their virtual effect expressed by the constrains they represent. By ‘cutting’ the reality into parts, the frames constitute the limits within any single experience can be immersed and defined. The exhibition revolves around the duplicity of a common object, metaphorically associated with the latest screens technologies which extract and confine, capture and immortalize everything that is part of reality. As in the exhibited works at the neapolitan space, the artist suggests with this installation a male/female gender duality by combining the frame’s emphasis and its mythologizing strength along with the unexpected resistance of tights.