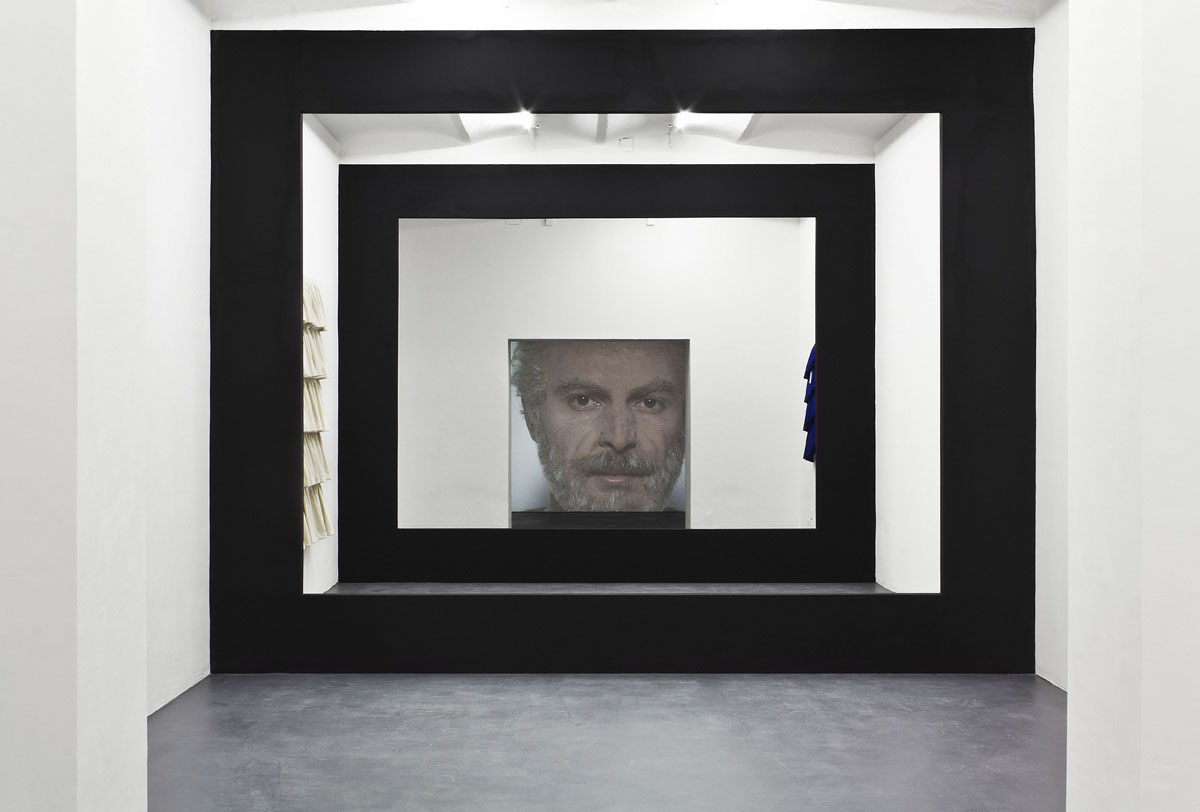 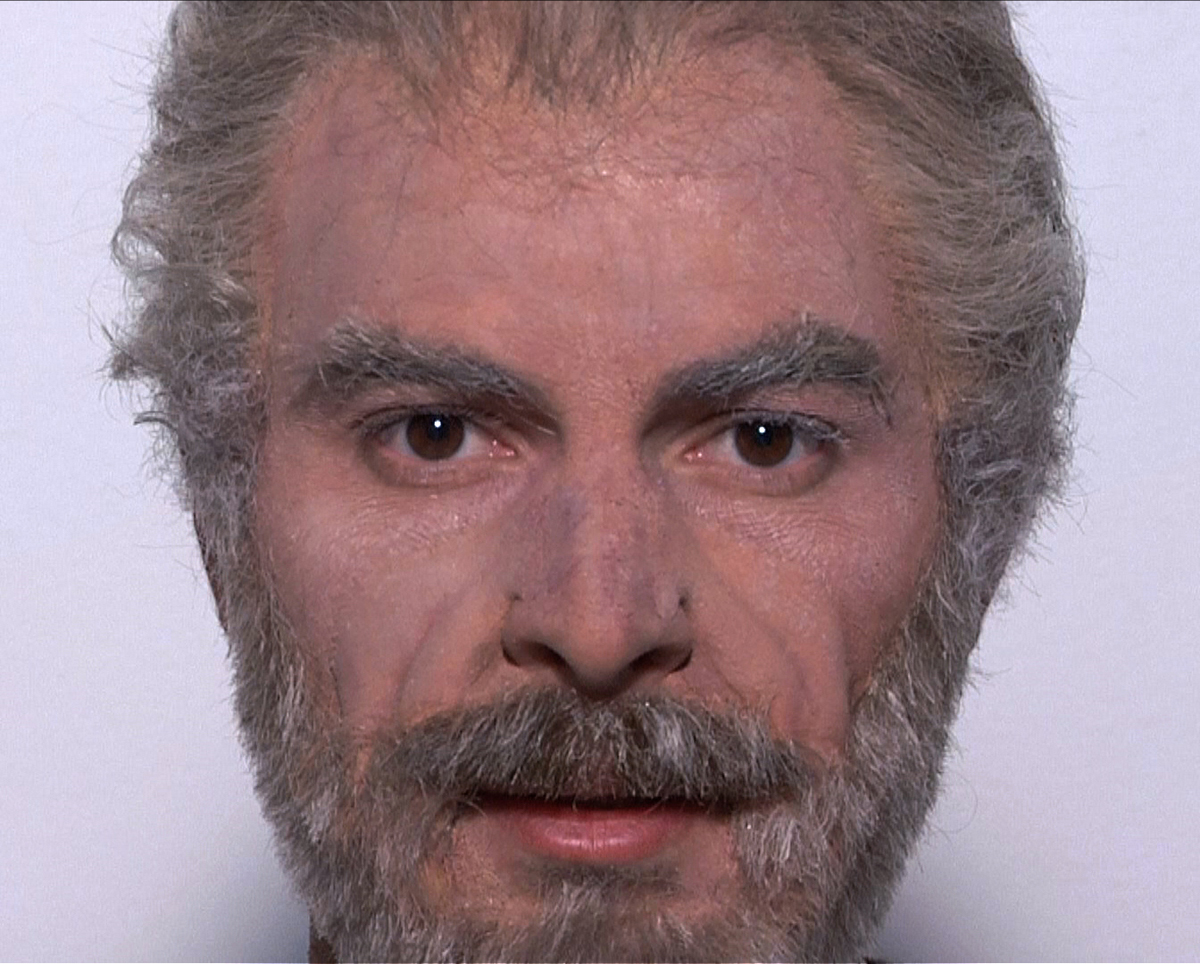 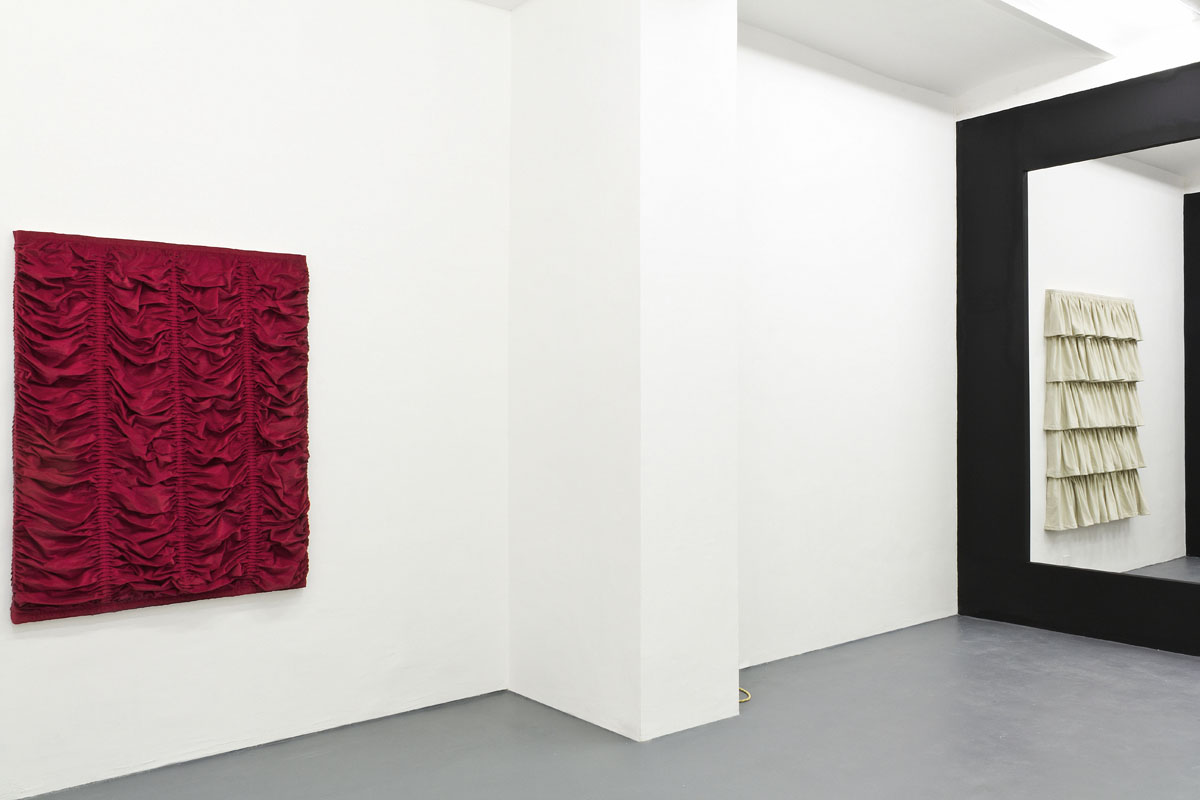 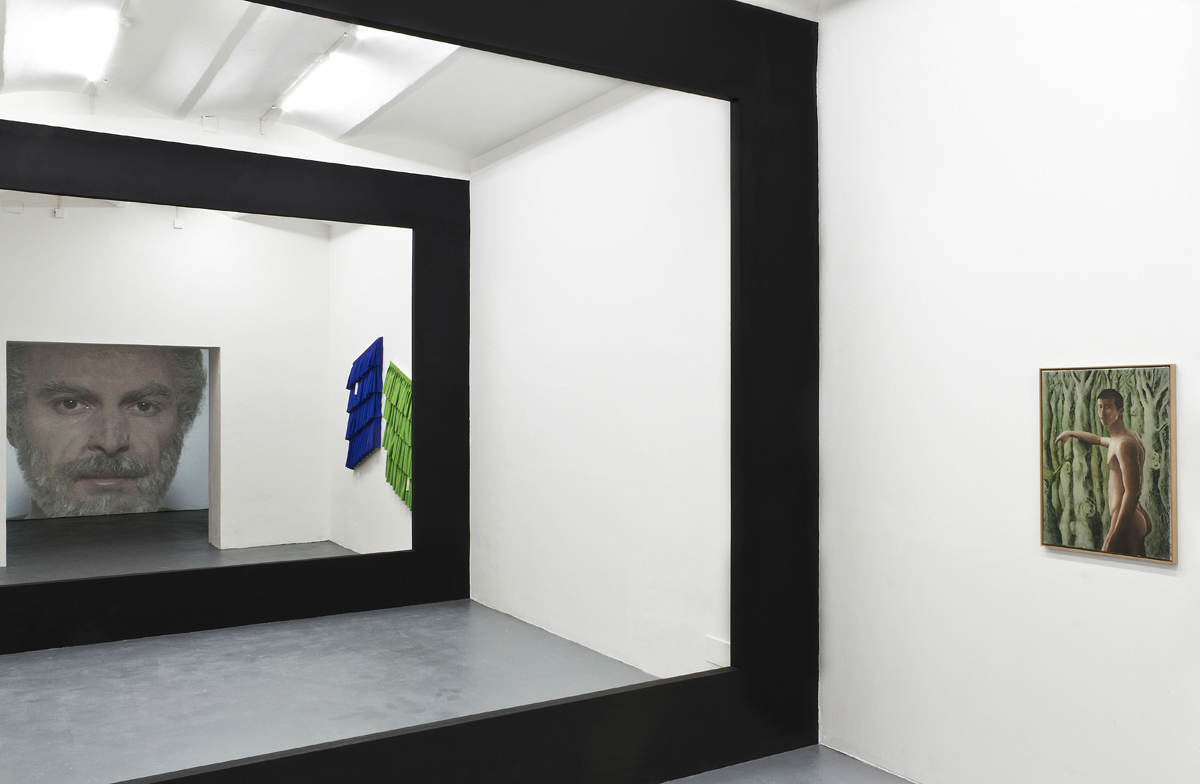 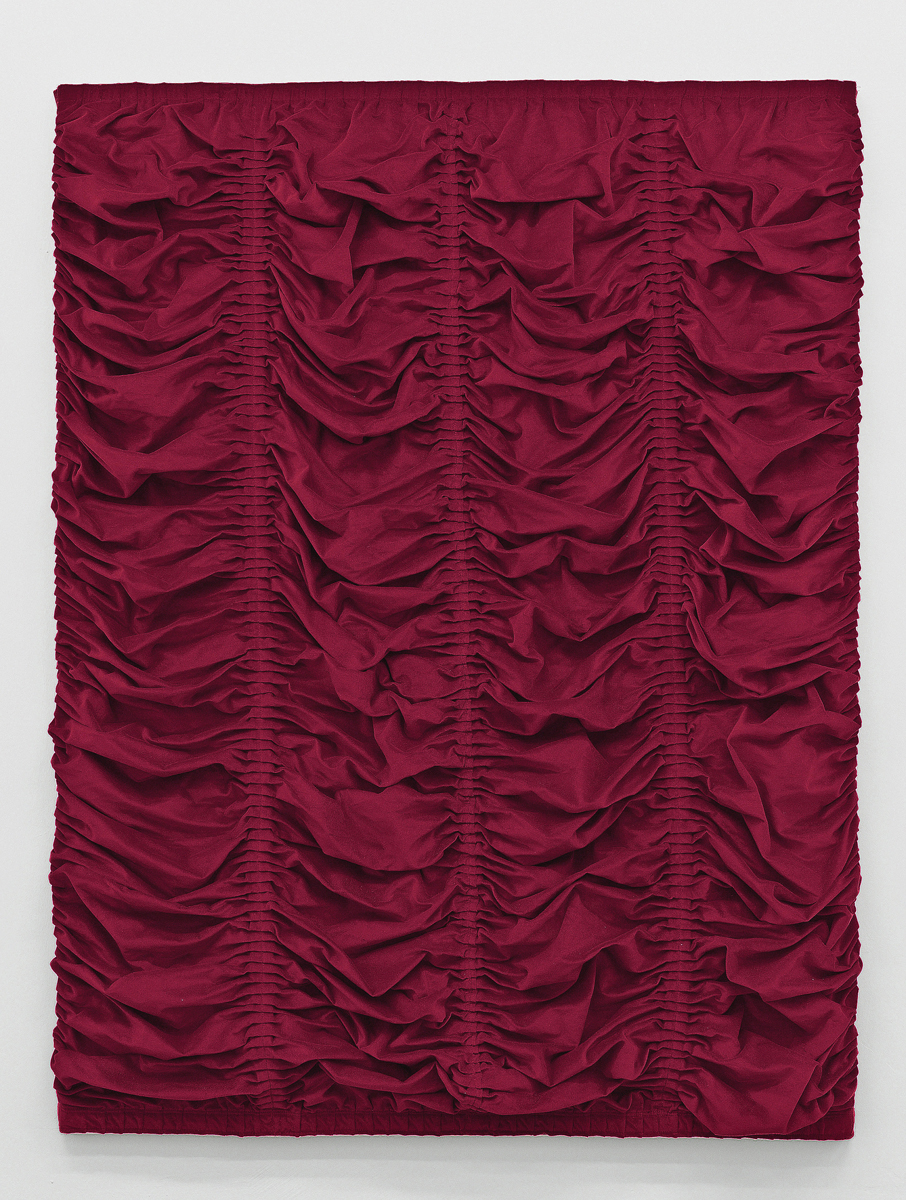 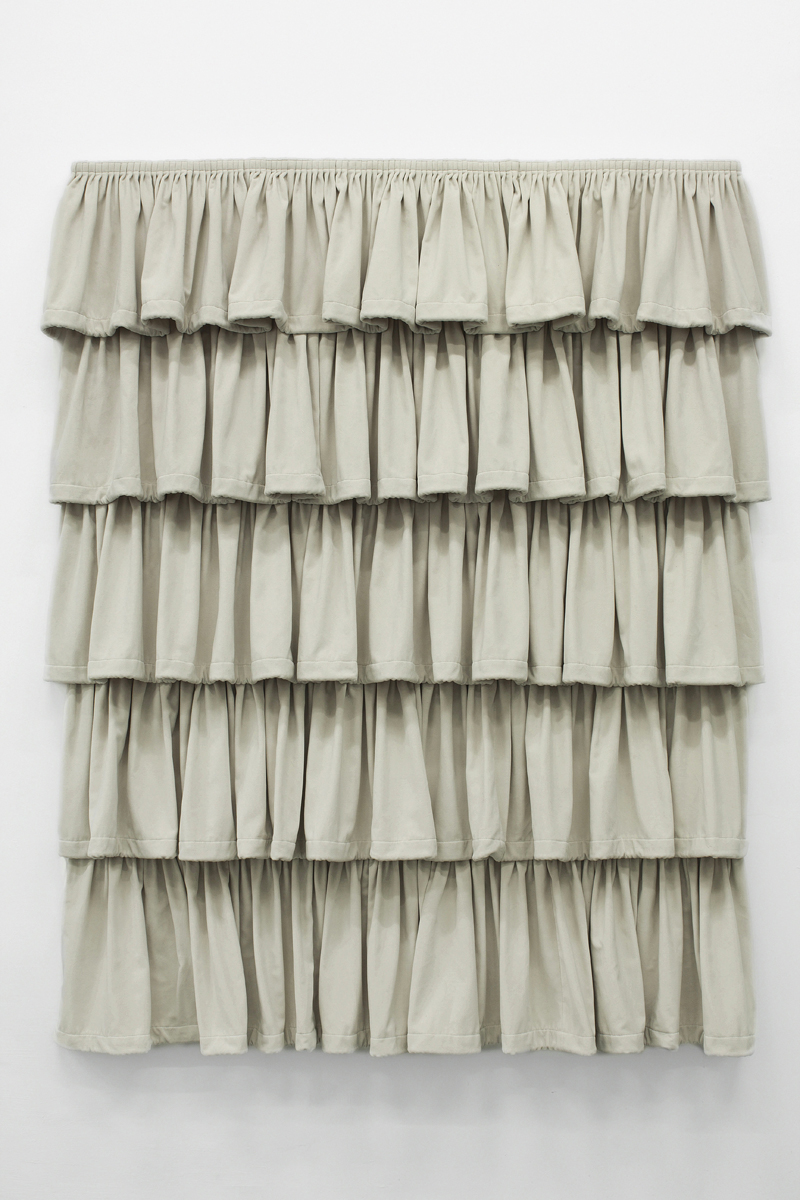 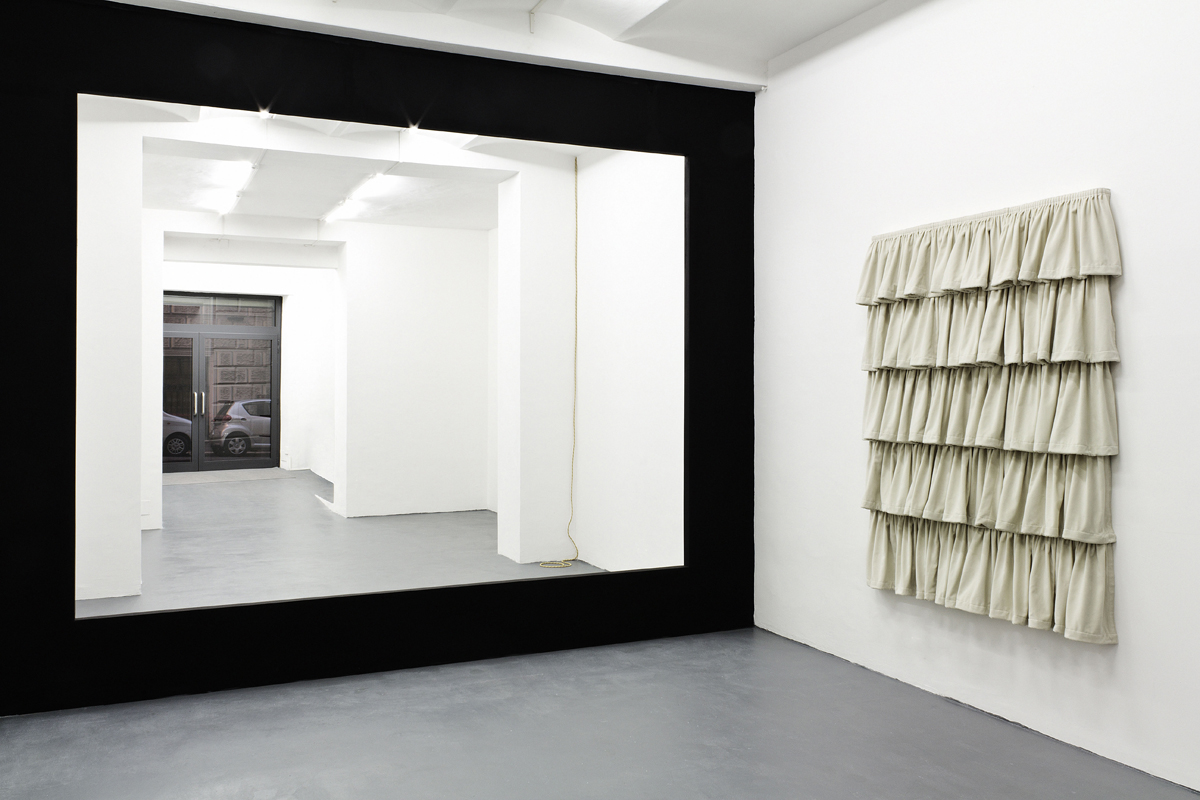 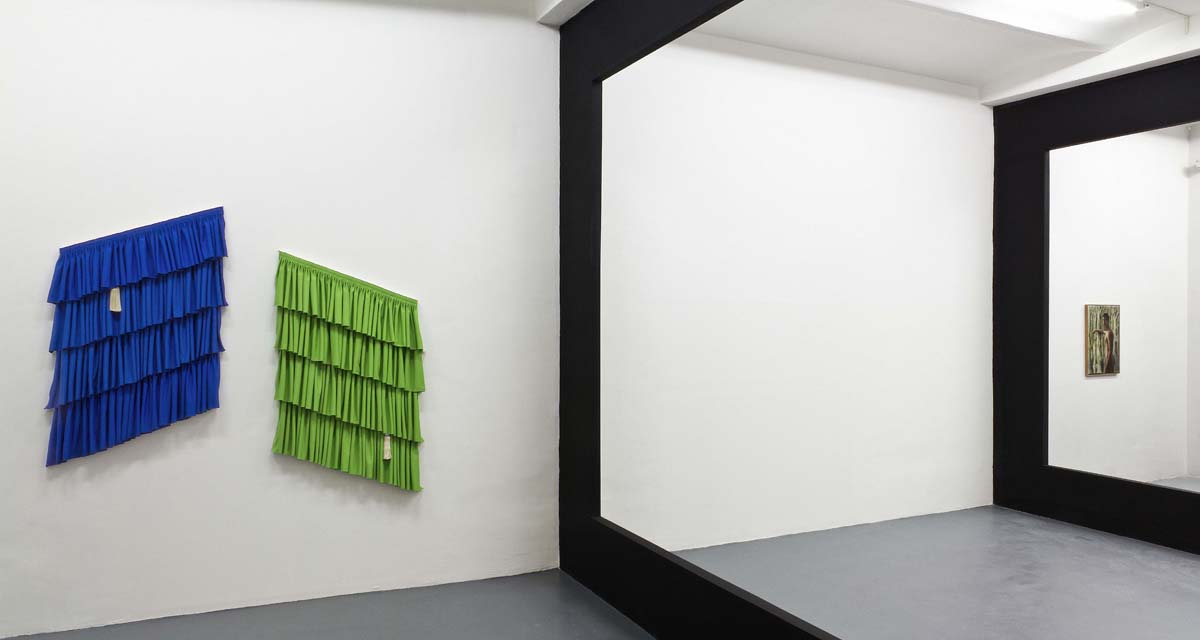 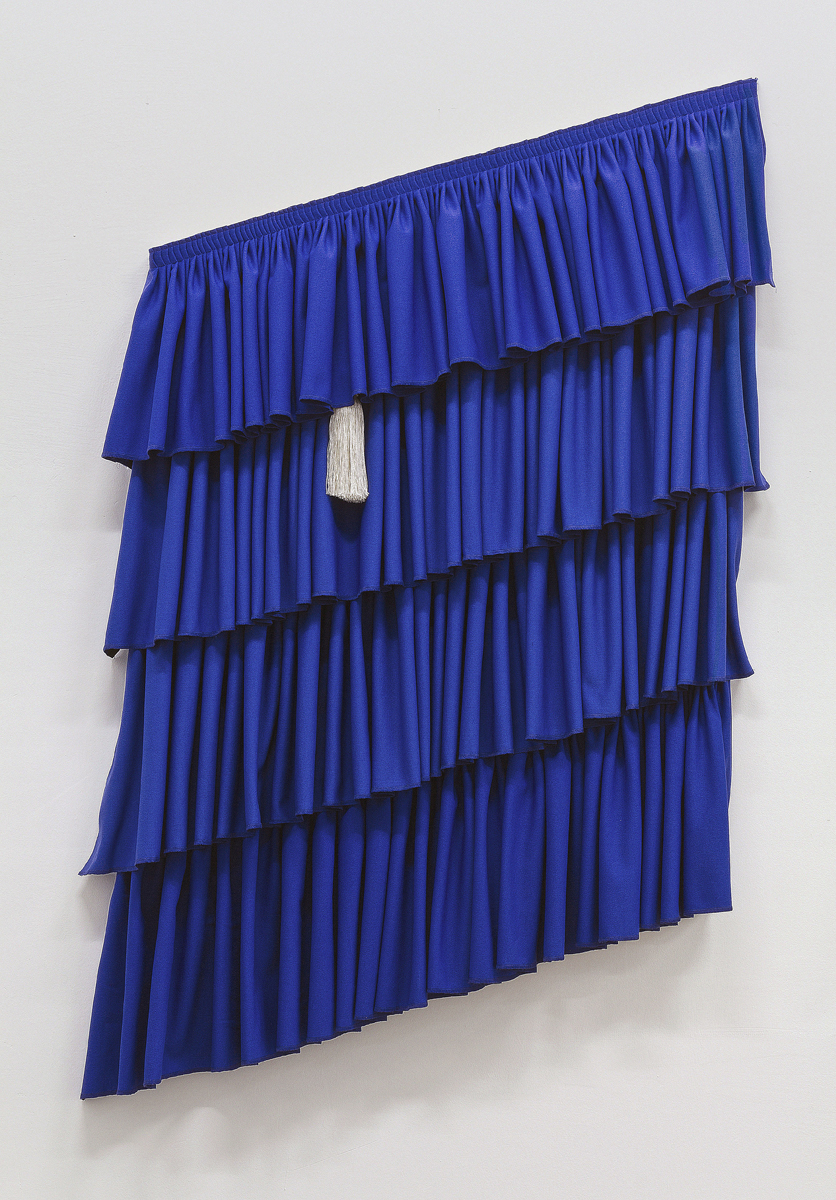 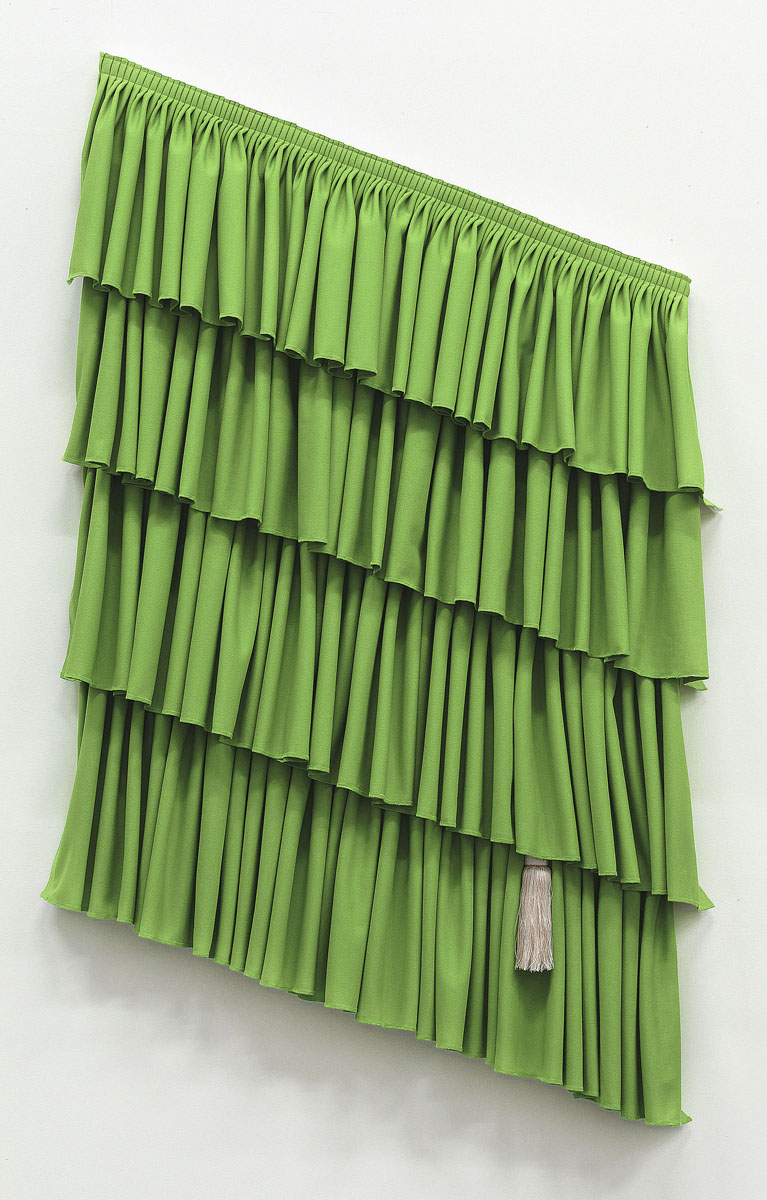 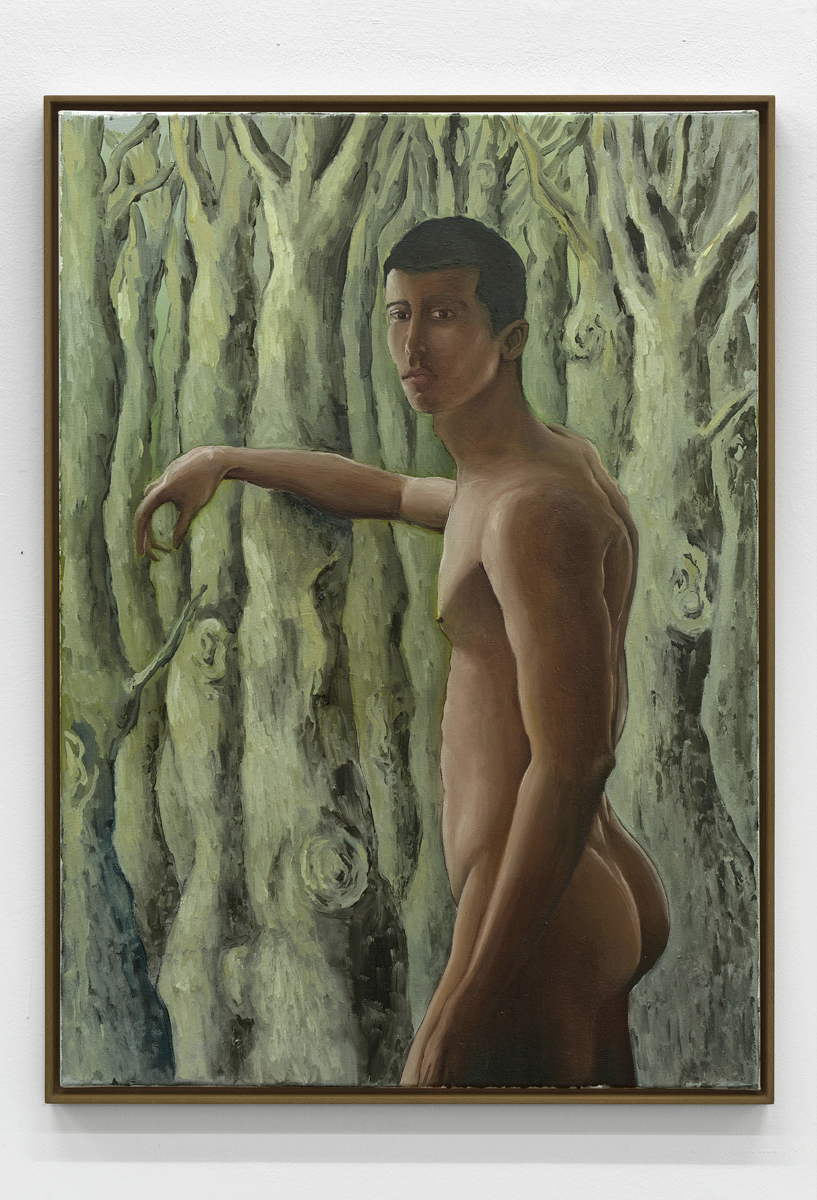 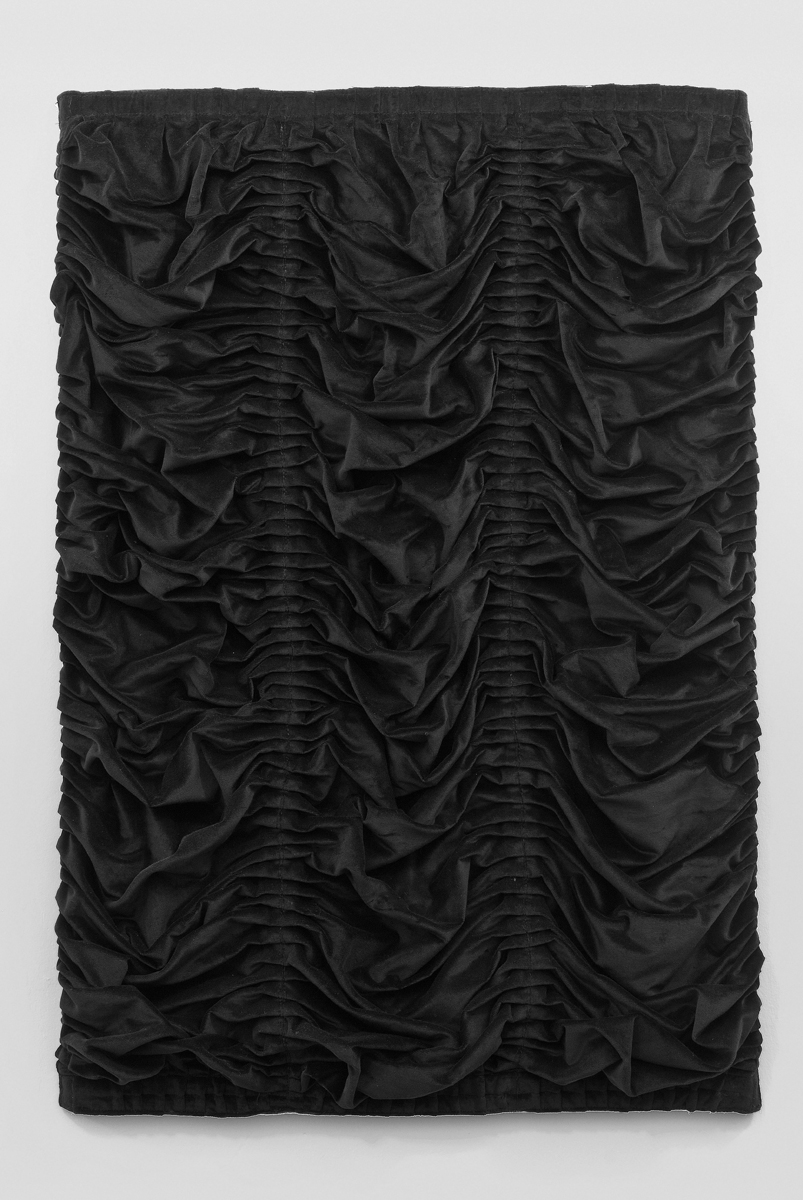 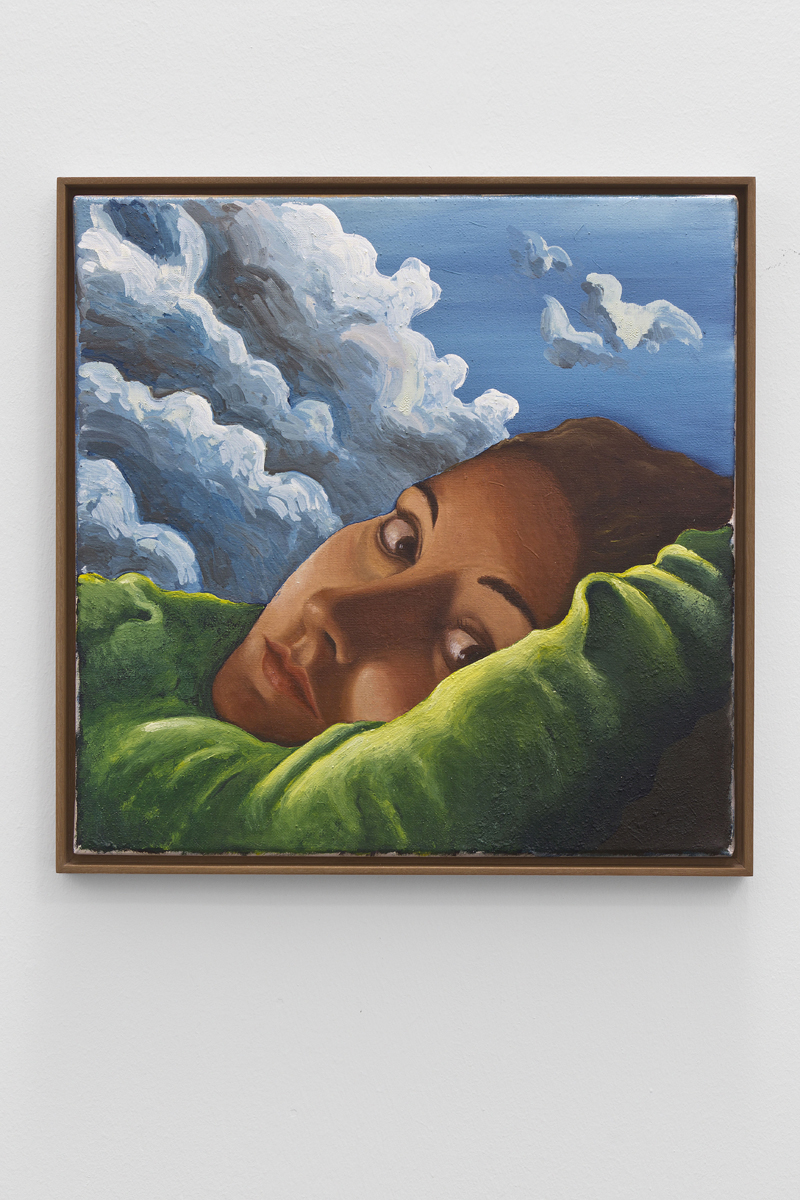 For his first solo show at T293’s Rome venue Patrizio Di Massimo presents Voglio Vivere Così (I Want to Live Like This). The exhibition’s title borrows a verse from the popular song by Ferruccio Tavaglini, to which the title of the exhibition ‘With the Sun in Front of Me’, held in the Naples gallery space in 2010, was already referred.

The gallery space will be divided into three distinct areas by two semi-architectural elements recalling the idea of ​​the theatre ‘proscenium arch’: two large frames, one after the other, amplify and outline the space and create the context for the exhibited works, all inedited and specifically conceived for the occasion.

A series of new wall pieces is inspired by the theatrical curtain and turns it into a monochrome suspended between painting and object. The first of these works, entitled Curtain n.1 (Portrait of Alfredo Casella) was recently exhibited at the Castello di Rivoli and started a series of new works progressively numbered that sometimes carry in their title the reference to the name of the character they portray. The exhibition will present five examples of different colours, materials and dimensions, recalling the typical confection of the theatrical curtain called Roman Drape or Austrian curtain. Curtain n.2 (Portrait of Canio) opens the show and is made of red Austrian-style crimped Brussels velvet; following, Curtain n.3 (Portrait of Mattia Pascal) and Curtain n.4 and 5 are composed of four horizontal Italian-style crimped valances, respectively made of Tancredi natural colour velvet, green polyester and blue chromakey; while Curtain n.6 (Portrait of Hamlet) – Austrian-style crimped black velvet – closes the exhibition path.

Among these curtains are two small oil paintings. The first, titled I Want To Live Like This, is the portrait of a young imaginary man, with neither nationality nor specific history, who stands naked in front of a forest, thick to the point of not letting a glimpse of anything beyond. In the second painting, Portrait of Nicoletta, the viewer sees the face of the artist’s partner, immersed in a voluminous dress and a sky full of clouds.

The video Portrait of the Artist as an Old Man completes the project: here the artist himself, transformed by a cinematic make-up in an elderly ‘guru-artist’, reads a text that explains the choices he made in a lifetime of work. Although articulated in the past, the concepts and thoughts expressed are part of the present of the artist and are focused on his current production with an ironic and at the same time melancholic tone.

I Want To Live Like This focuses its reflection on the theme of the portrait and of the self-portrait, articulating their possibilities through different expressive media. The portrait, classic genre of art history, is for Di Massimo the moment when real life and its fiction come in symbiosis. It is no coincidence, in fact, that some of the portraits are of people who find themselves in an overlap of their real life and the roles they play, as Canio in Leoncavalli’s Pagliacci or Mattia Pascal in the homonymous novel by Pirandello. At the same time it is necessary to note the presence of real people close to the artist, such as the Portrait of Nicoletta or the self-portrait, within the same context.

The project will be held simultaneously with the exhibition The Lustful Turk, at Accademia di Francia a Roma – Villa Medici (curated by Alessandro Rabottini), 24 November – 16 December 2012.

With the technical support of Peroni Spa, Products and services for the show world