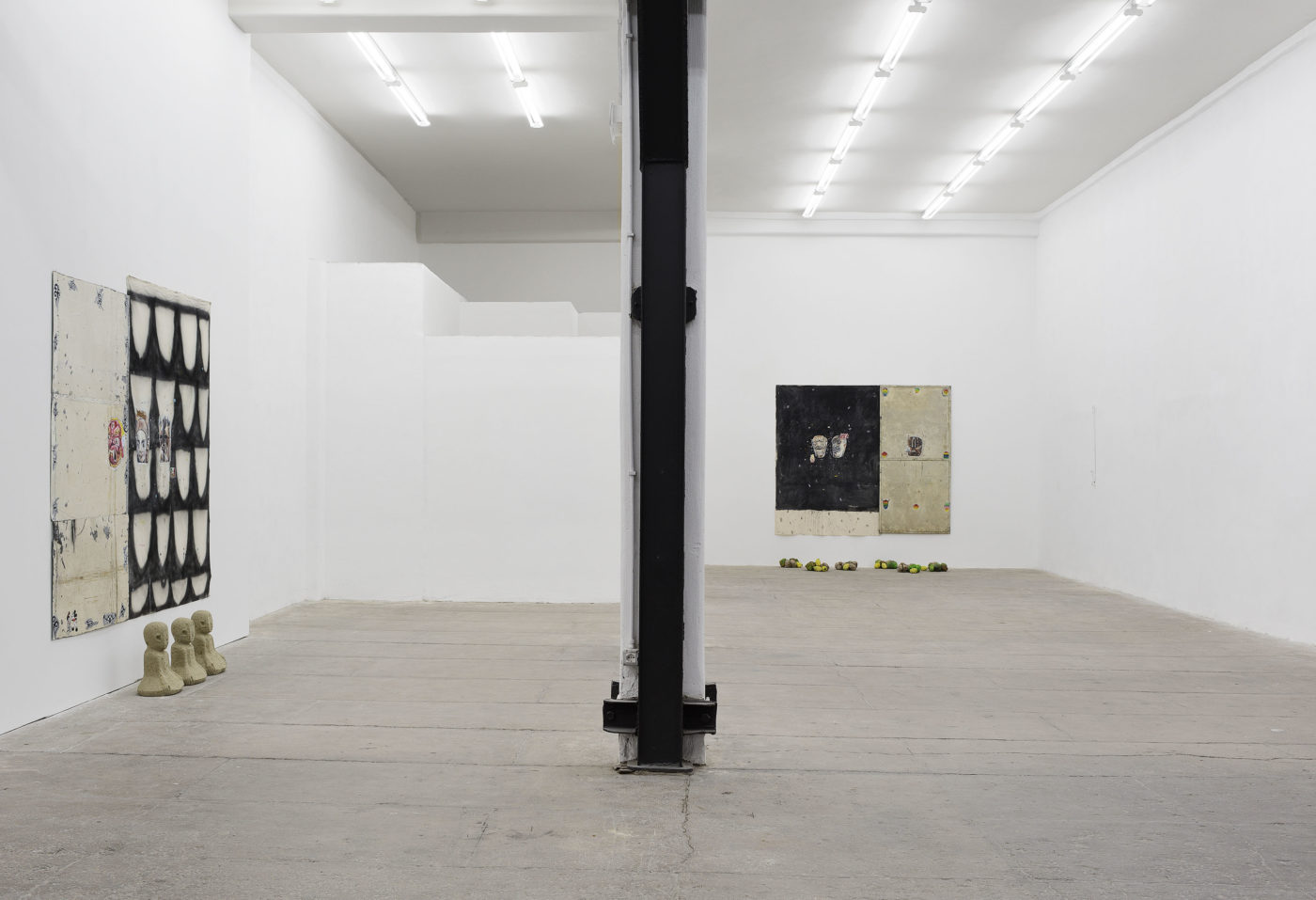 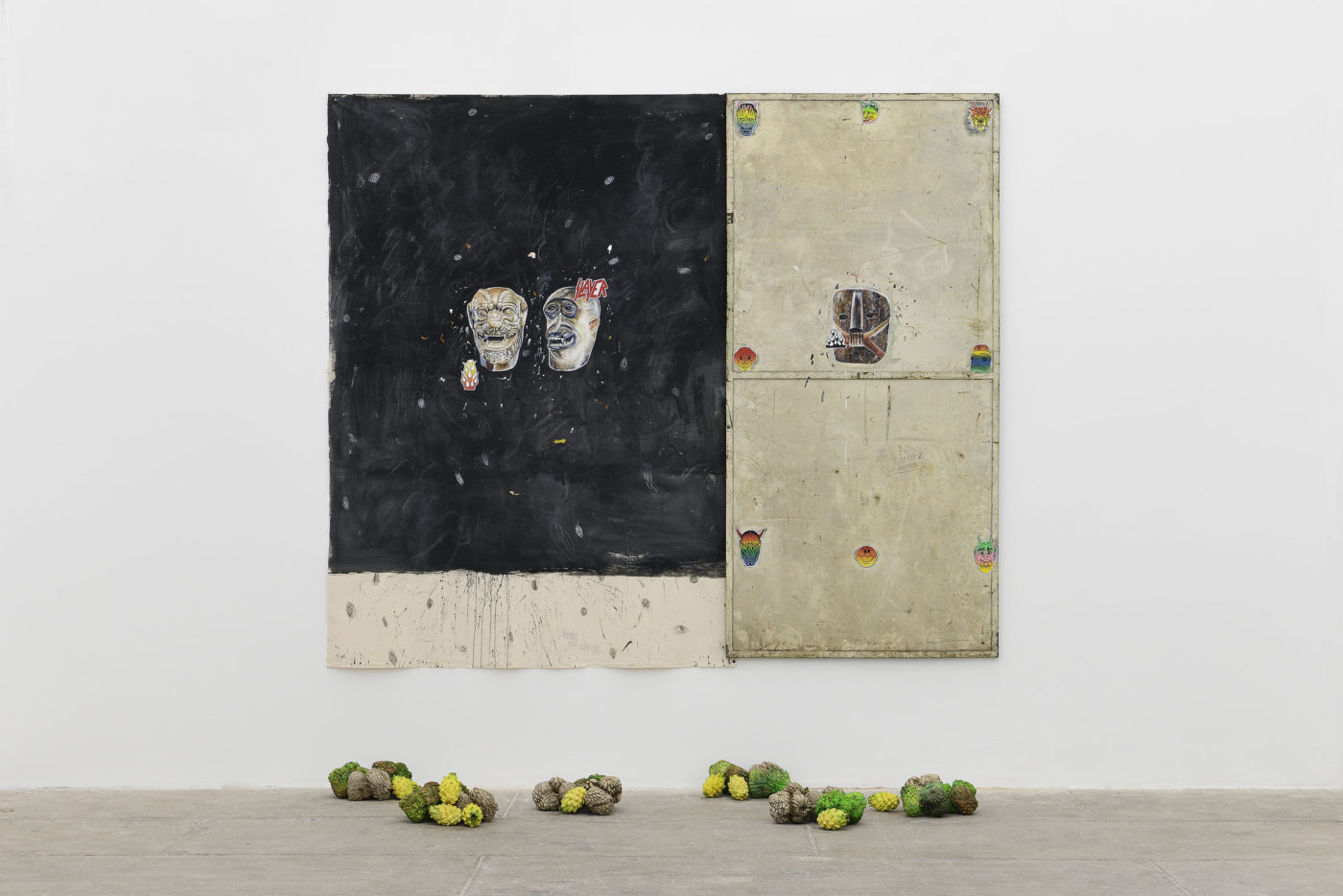 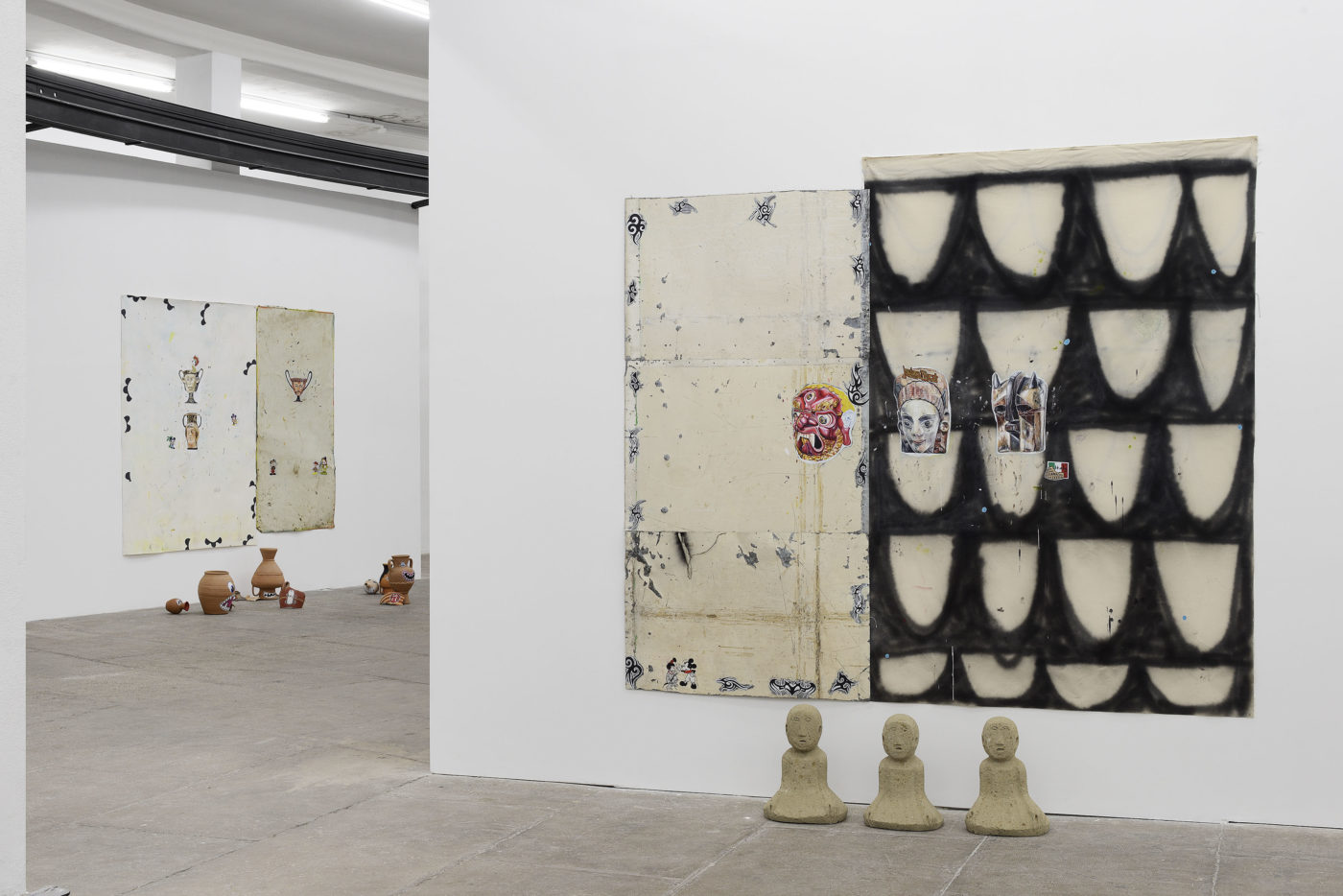 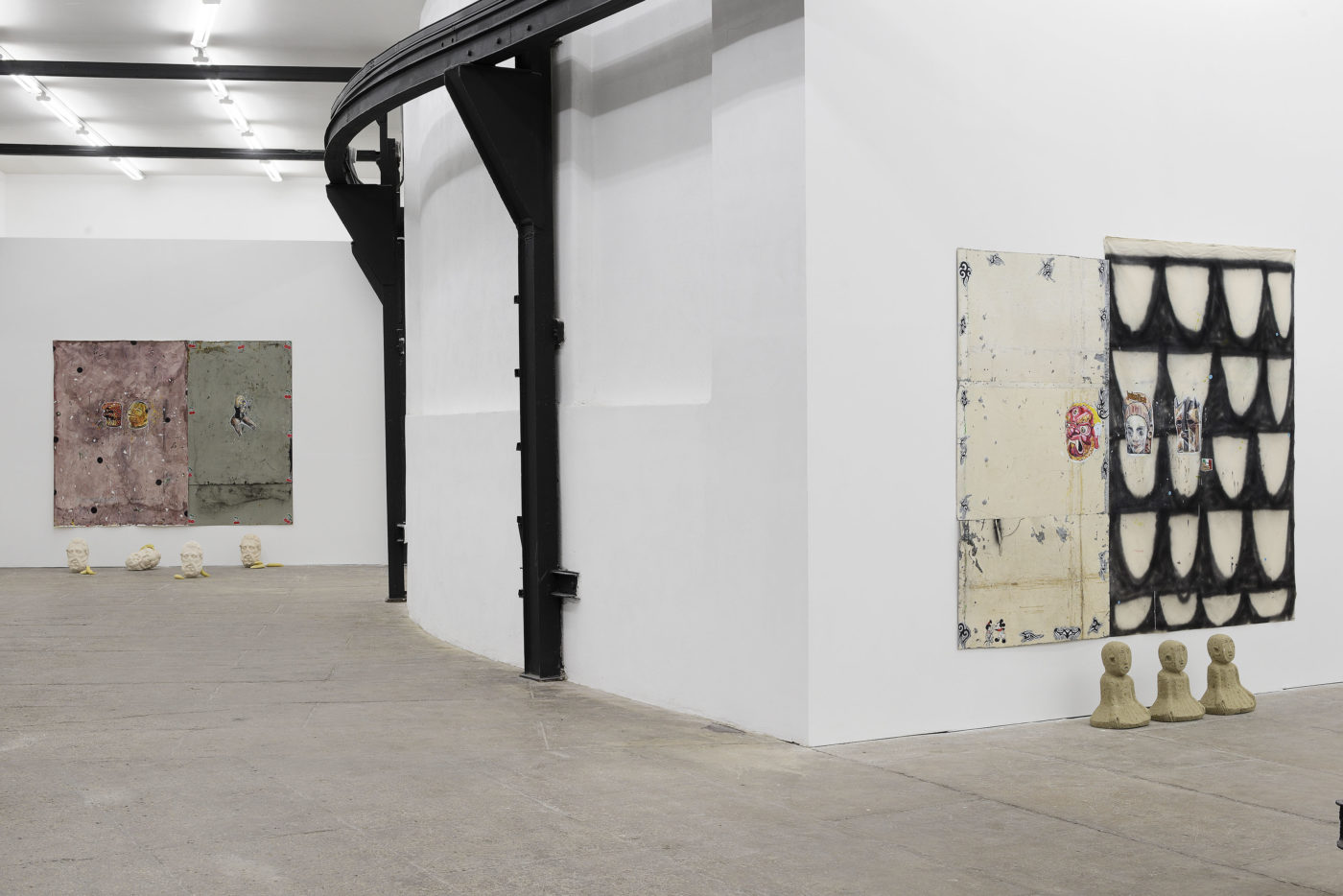 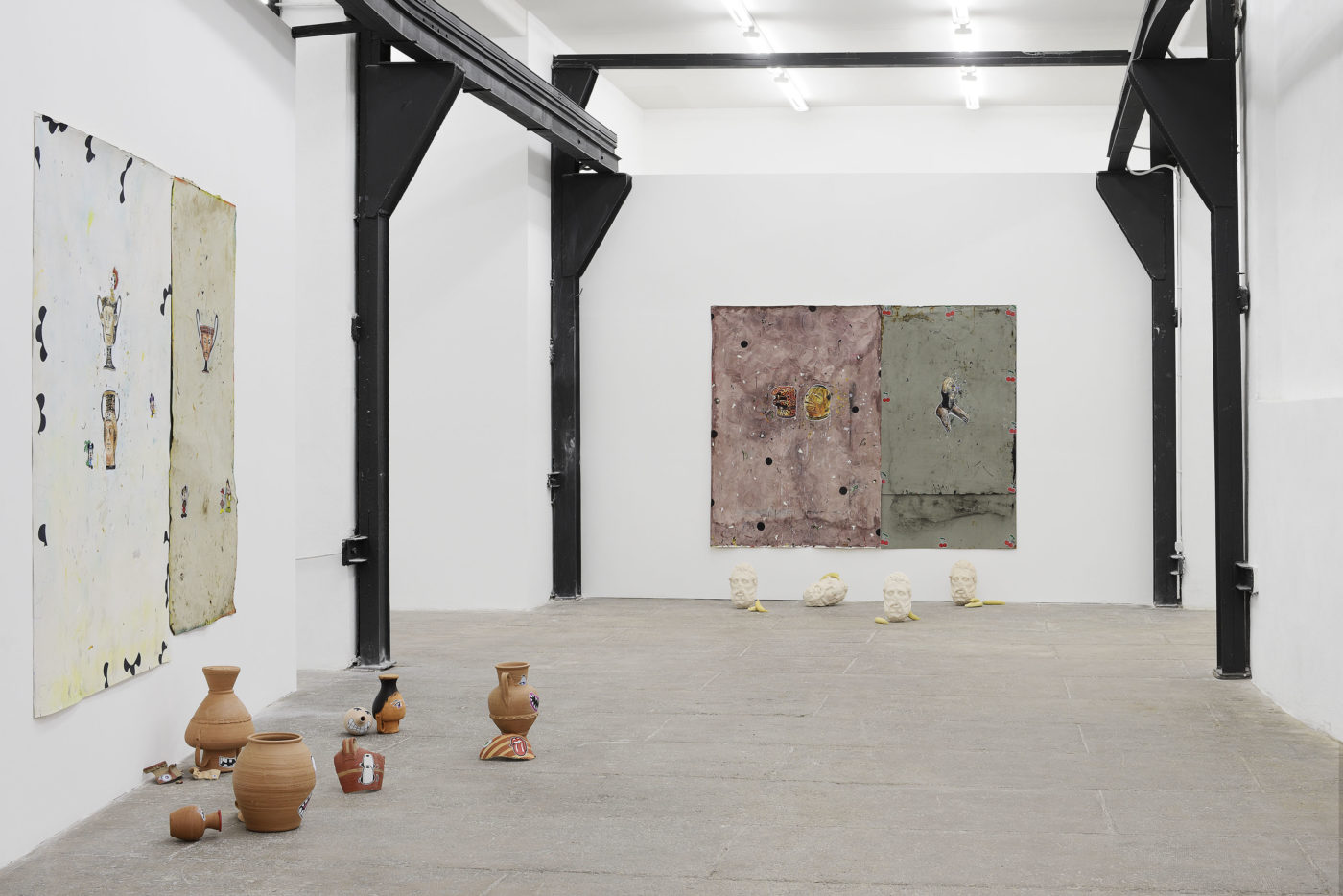 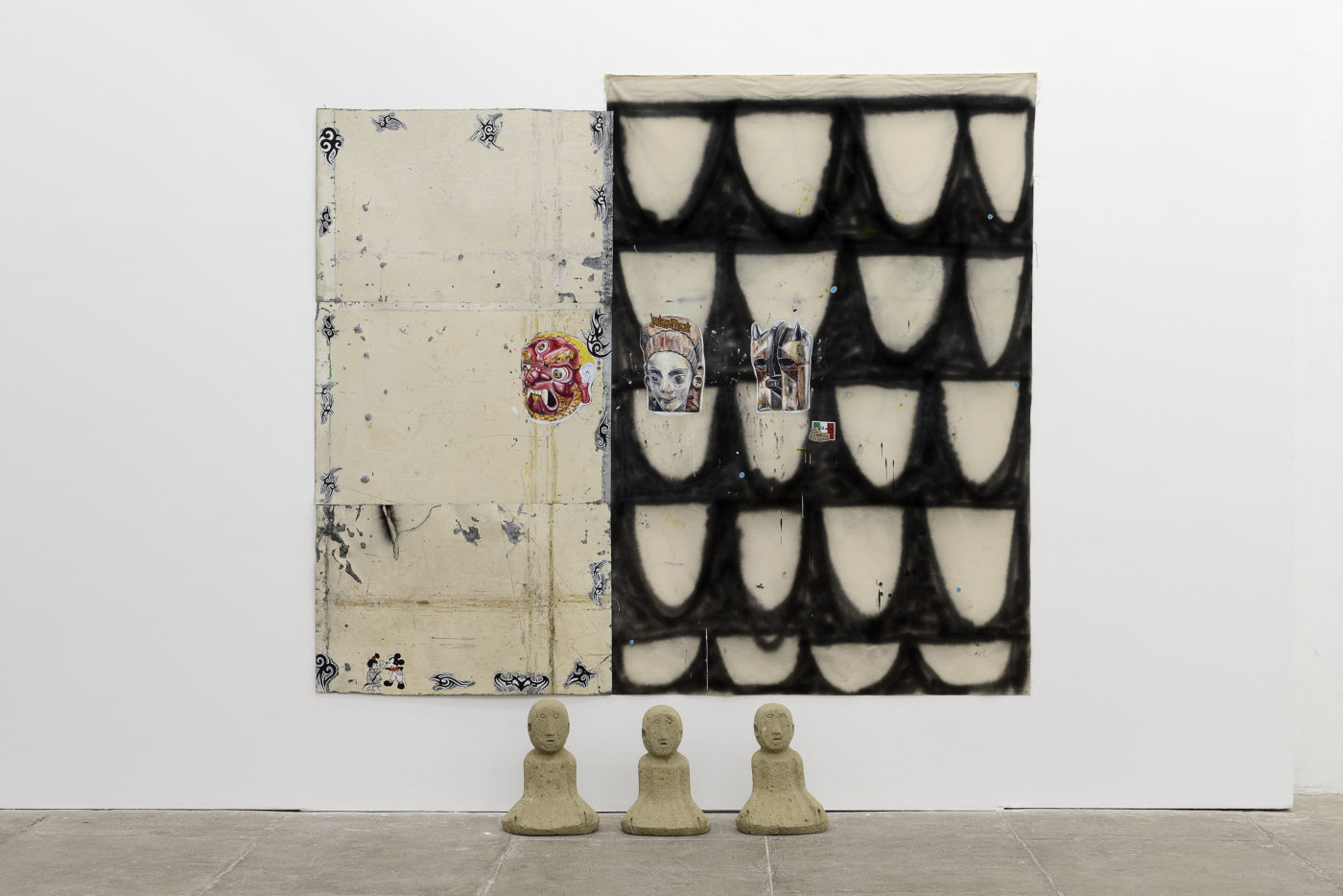 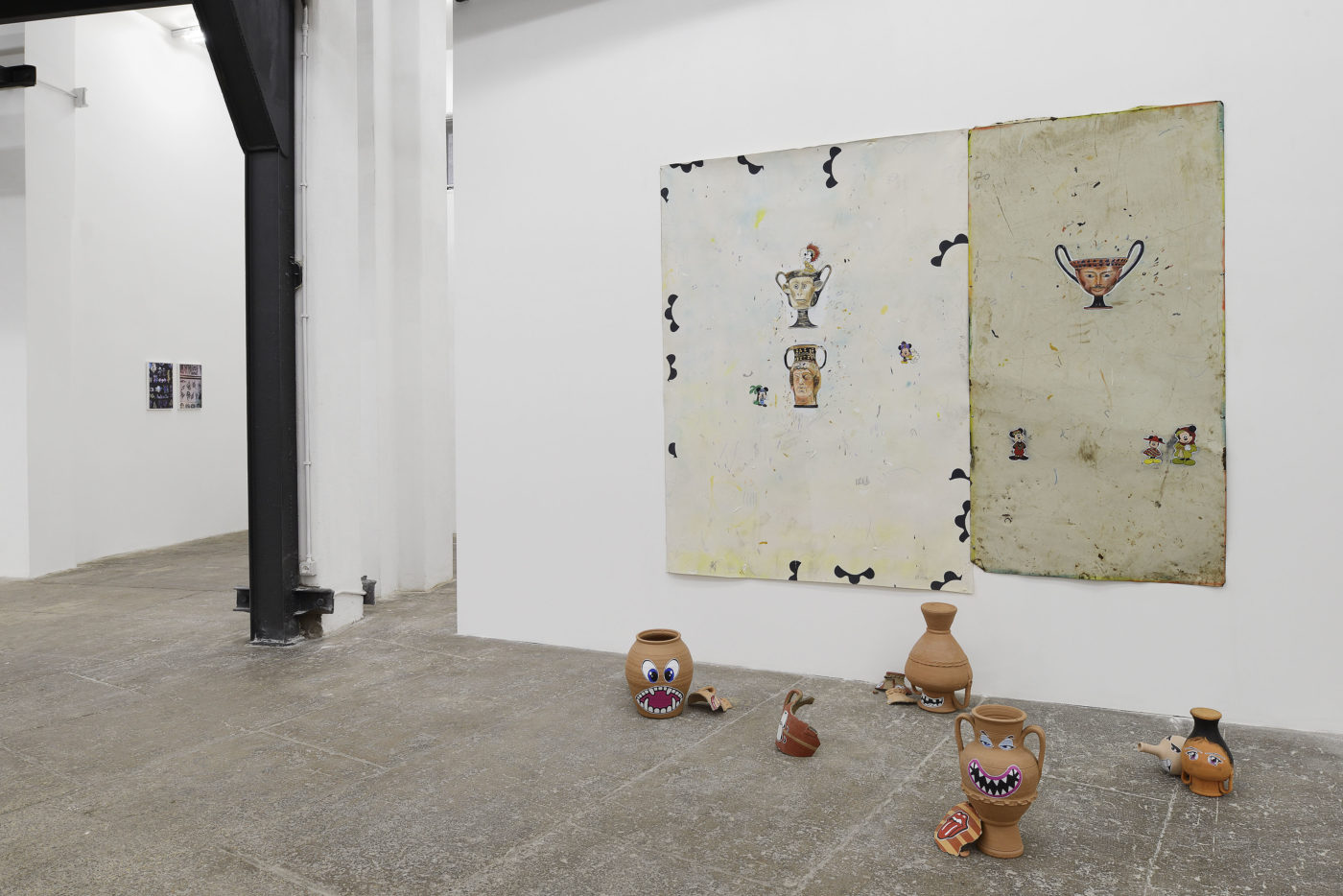 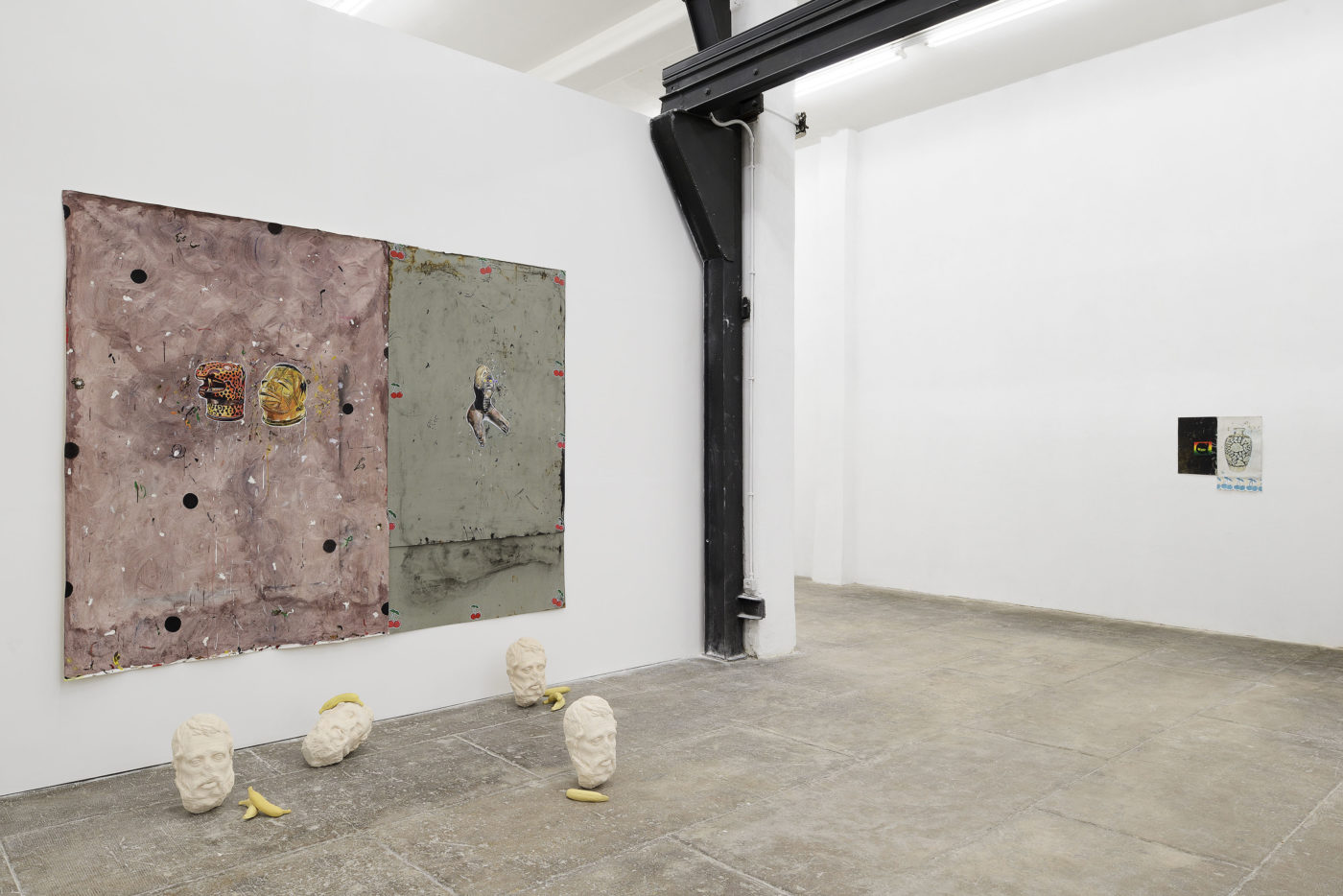 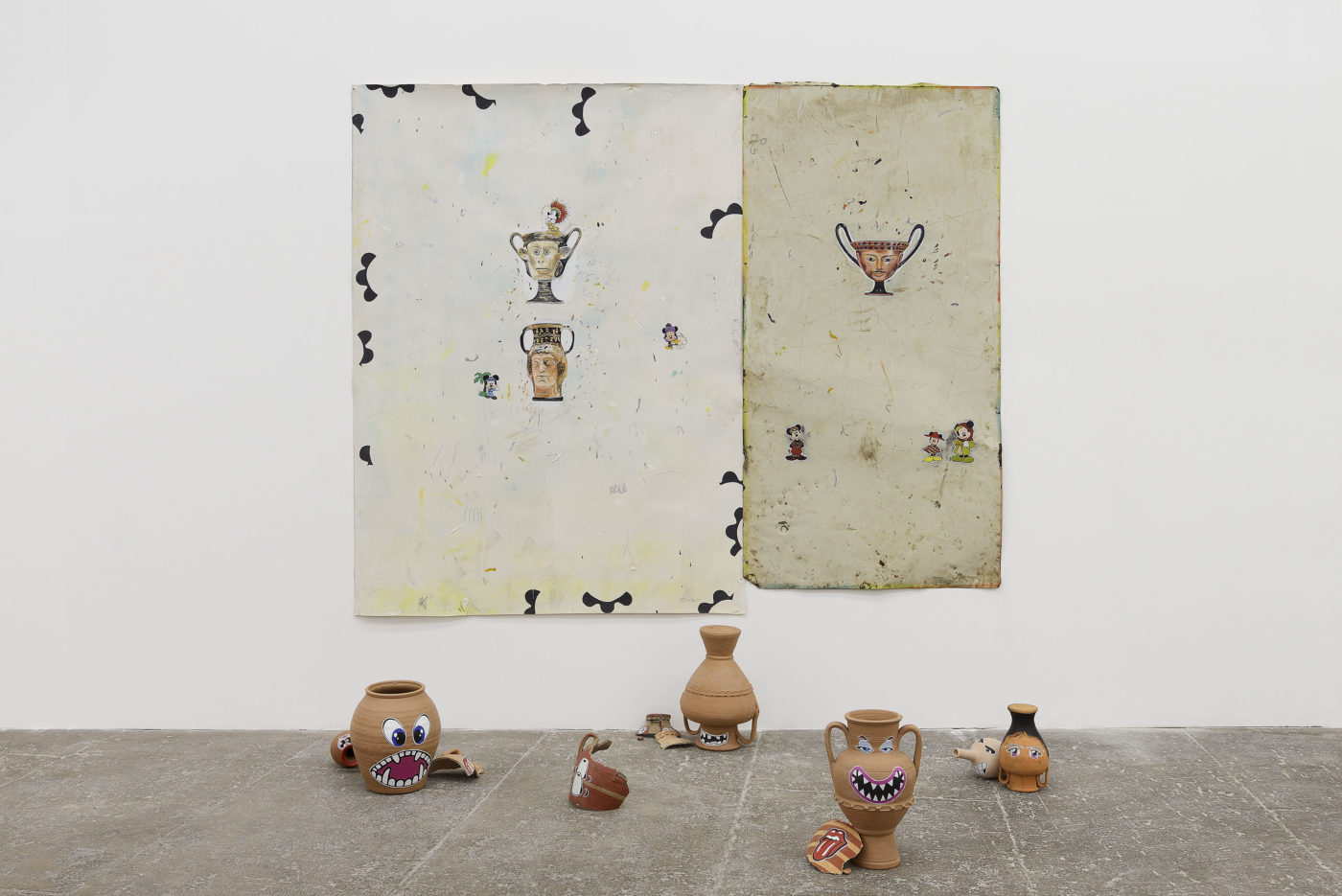 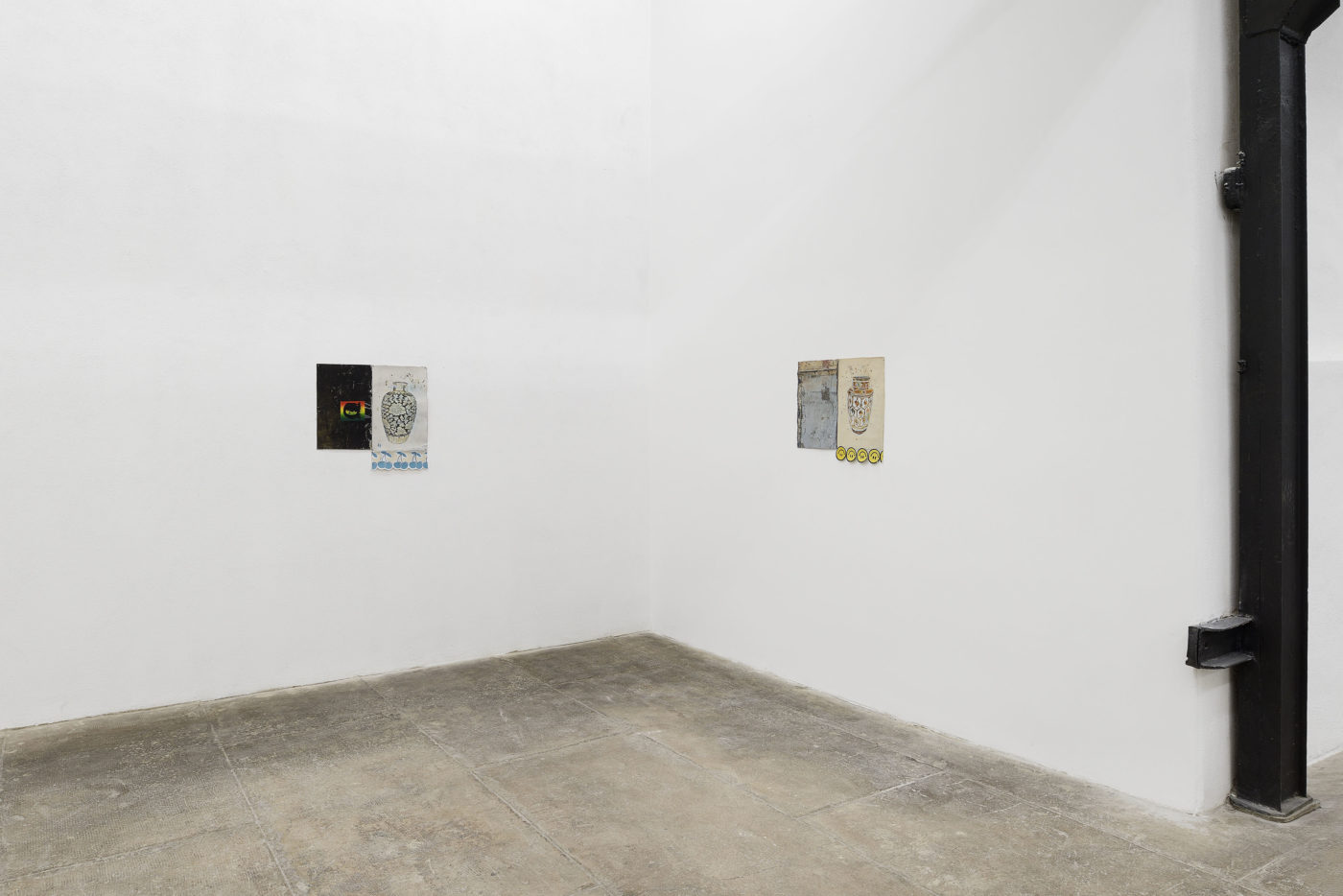 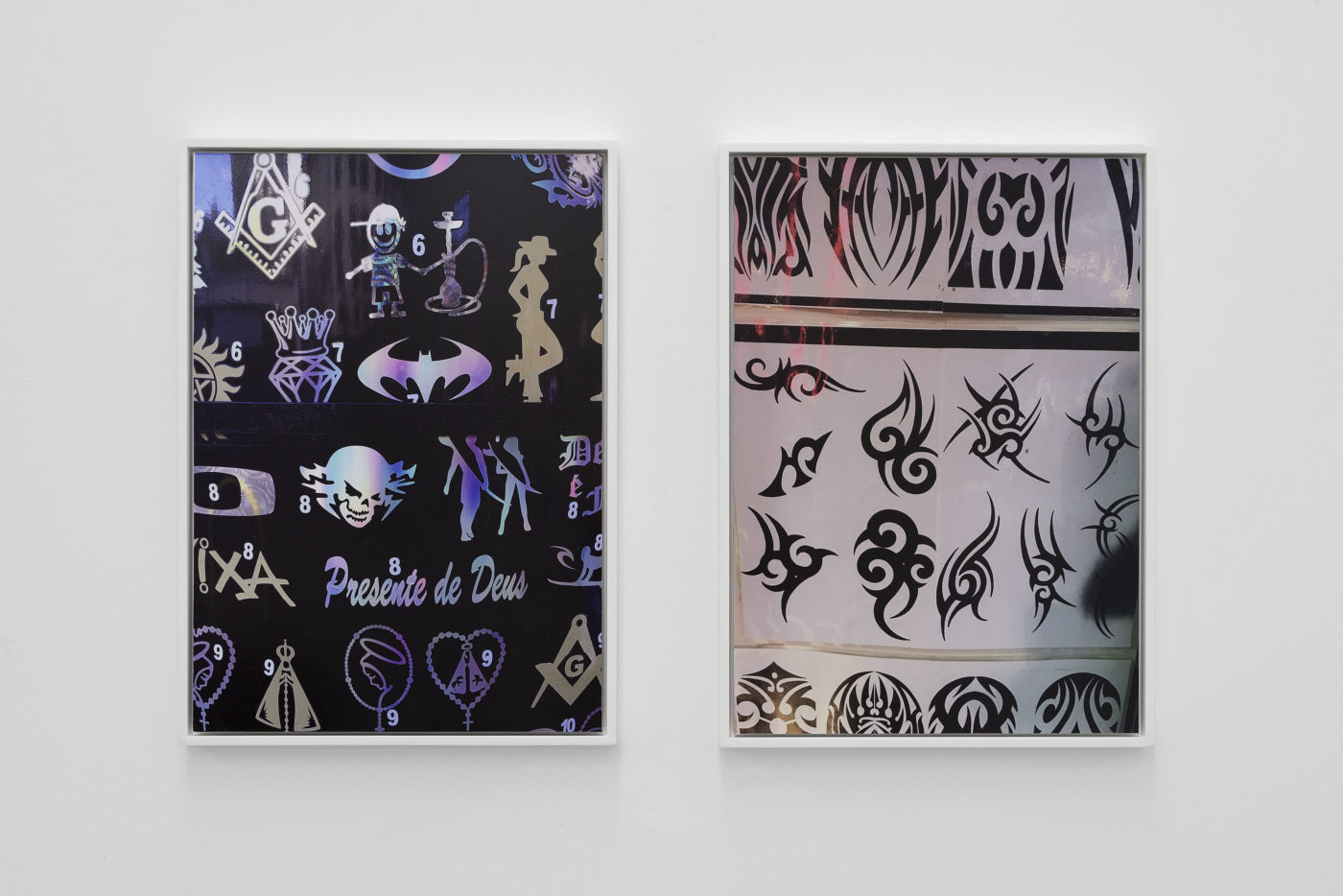 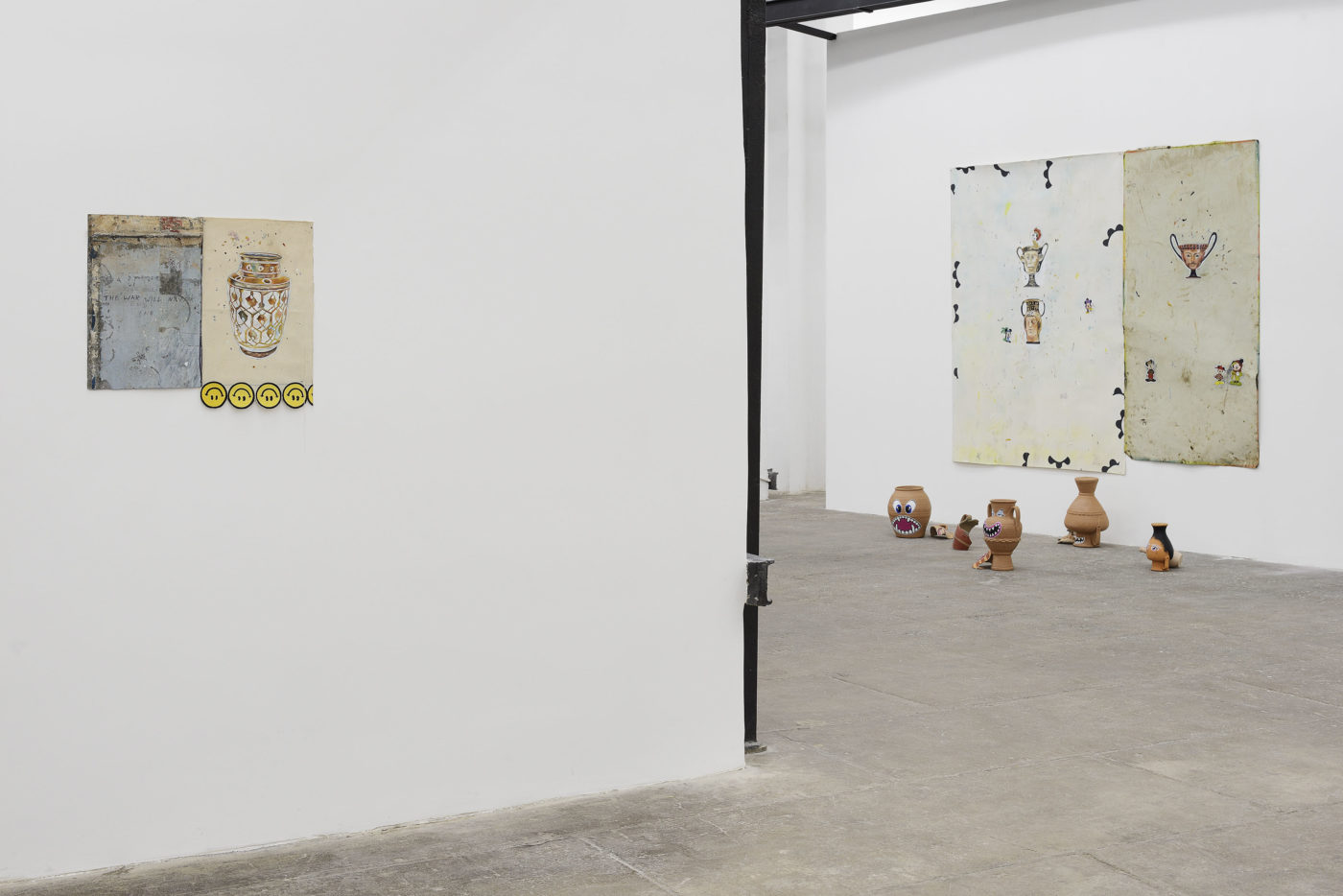 For Paulo Nimer Pjota, creating art is a slow and lengthy process. Everything starts outside,  in the streets, where the artist looks for large pieces such as sacks, canvases or metal plates, usually found in junkyards, that arrive in his studio with traces and inscriptions of other times and uses, thus becoming a fertile graphic and spiritual ground for a subsequent intervention.

Also strongly tied to the urban and popular context is the inexhaustible visual repertoire made up of architectural references, plants, graffiti, flowers, animals, writings on the walls of public bathrooms, tattoos, famous cartoon characters, all collected and filtered through his personal artistic and socio-political vision and wisely coupled with images related to the history of ancient and modern art, such as archaeological artifacts or classical still-life.  Apparently lacking any formal or thematic relationship with each other, all of these elements form an iconographic constellation in constant change through time and space. Signs and images suspended in a void without gravity are carefully scattered without sacrificing the spontaneity of composition and without crowding it. In his works, Pjota chooses not to use high quality pigments but the less-noble acrylic paint in an attempt to level the playing field and make it more democratic and ready to welcome stereotypes and products of popular culture as well as fragments of a higher one, in an amalgam of references and influences.

From this process a variety of stories and voices emerges that force the viewers to take part in the dialogue through their own personal vision in the same way that they are called on to decipher, in the age of digital communication, the daily bombardment of information that is generated and transmitted. Aware of such mechanisms, Pjota intends to uncover their contradictions and to object not just to the way this information is formulated but also the kind of the attention we give it.

The tales that emerge from this process do not correspond to a single understanding, putting countless possible contextualizations into circulation. Consequently, even as we see ourselves trapped in a historical circle of oppression, it is now possible to question the way we formulate information and distribute our affections, reconfiguring our sensibilities according to what surrounds us and fostering possibilities for social interaction that were previously unthinkable (Germano Dushá).