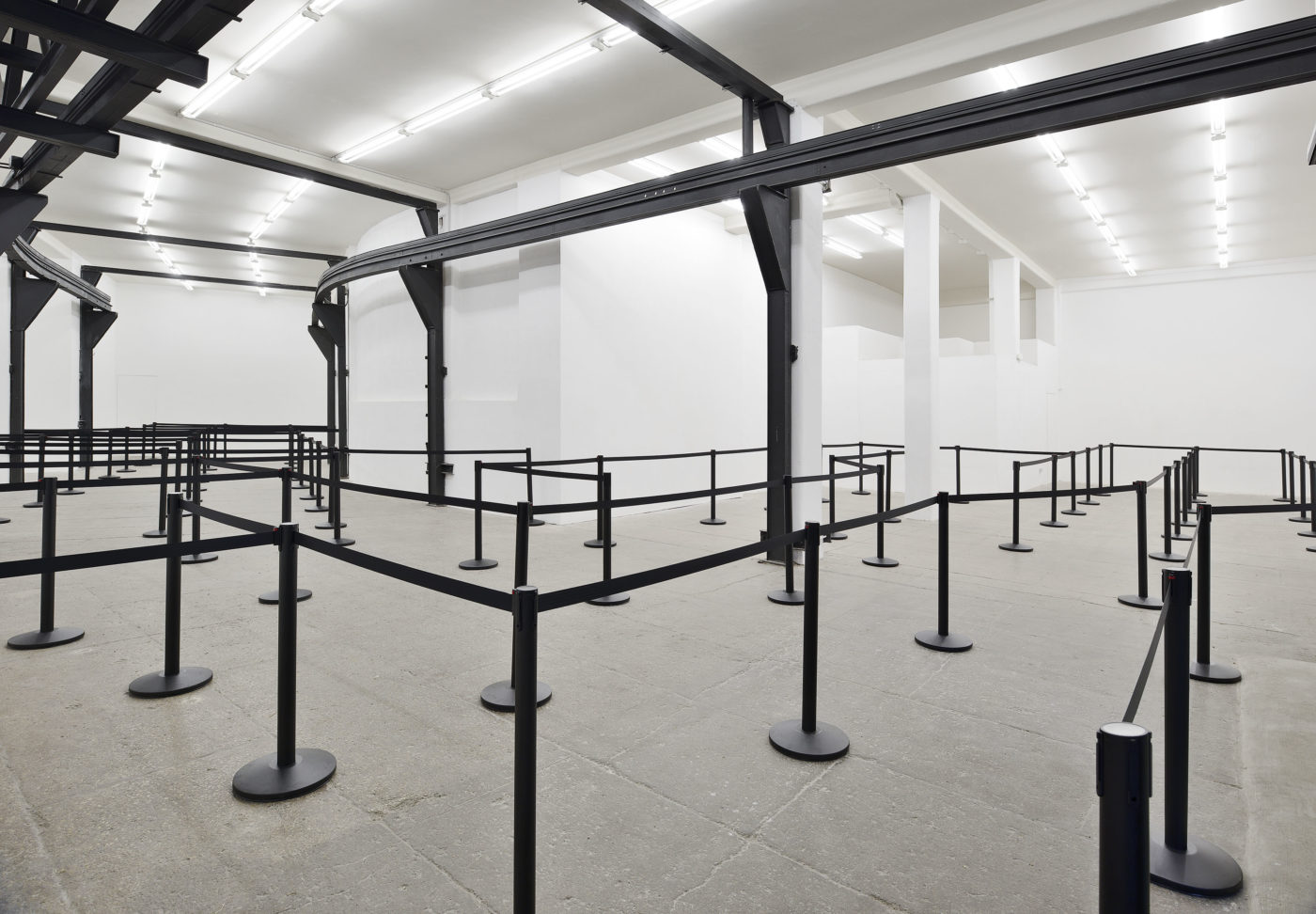 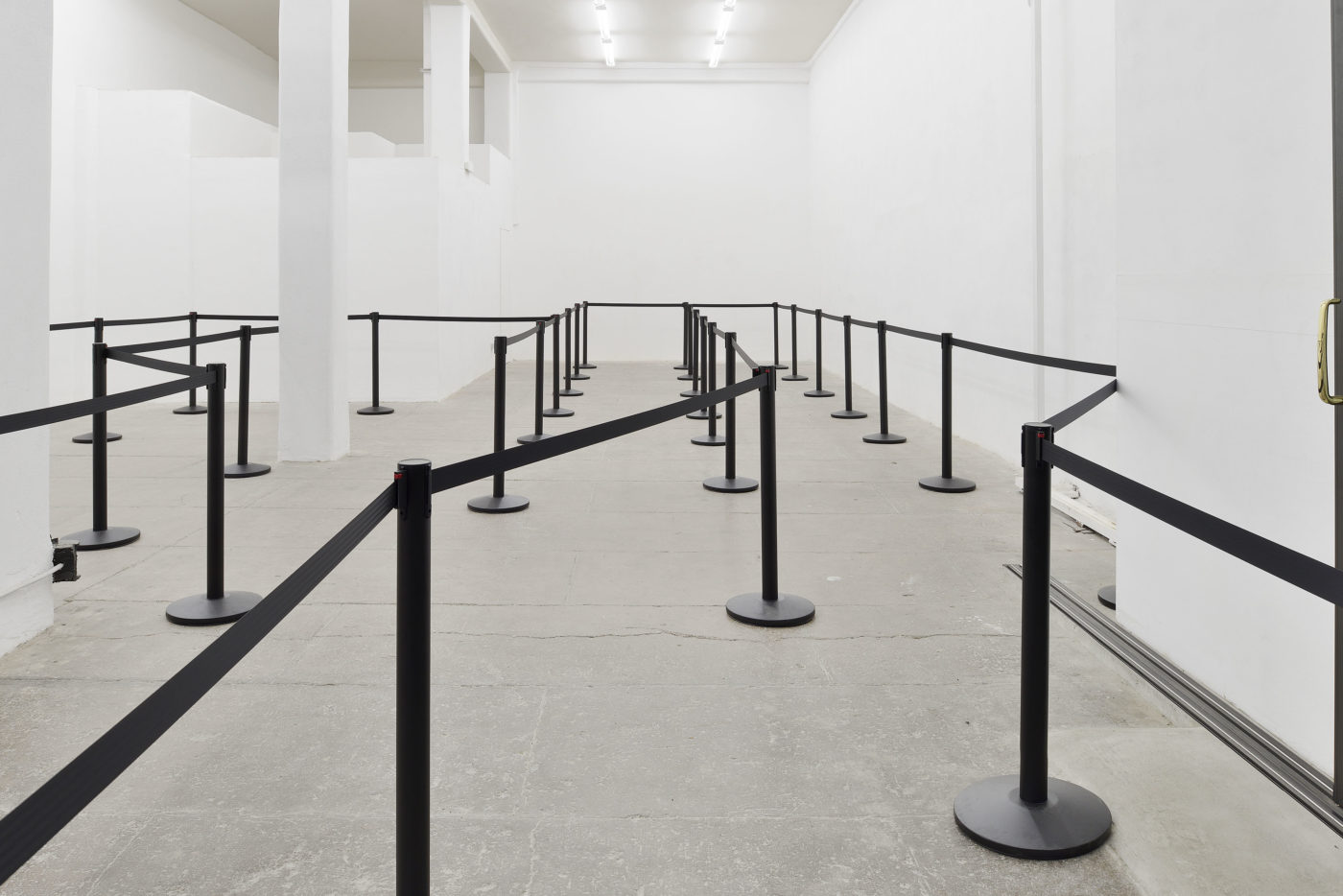 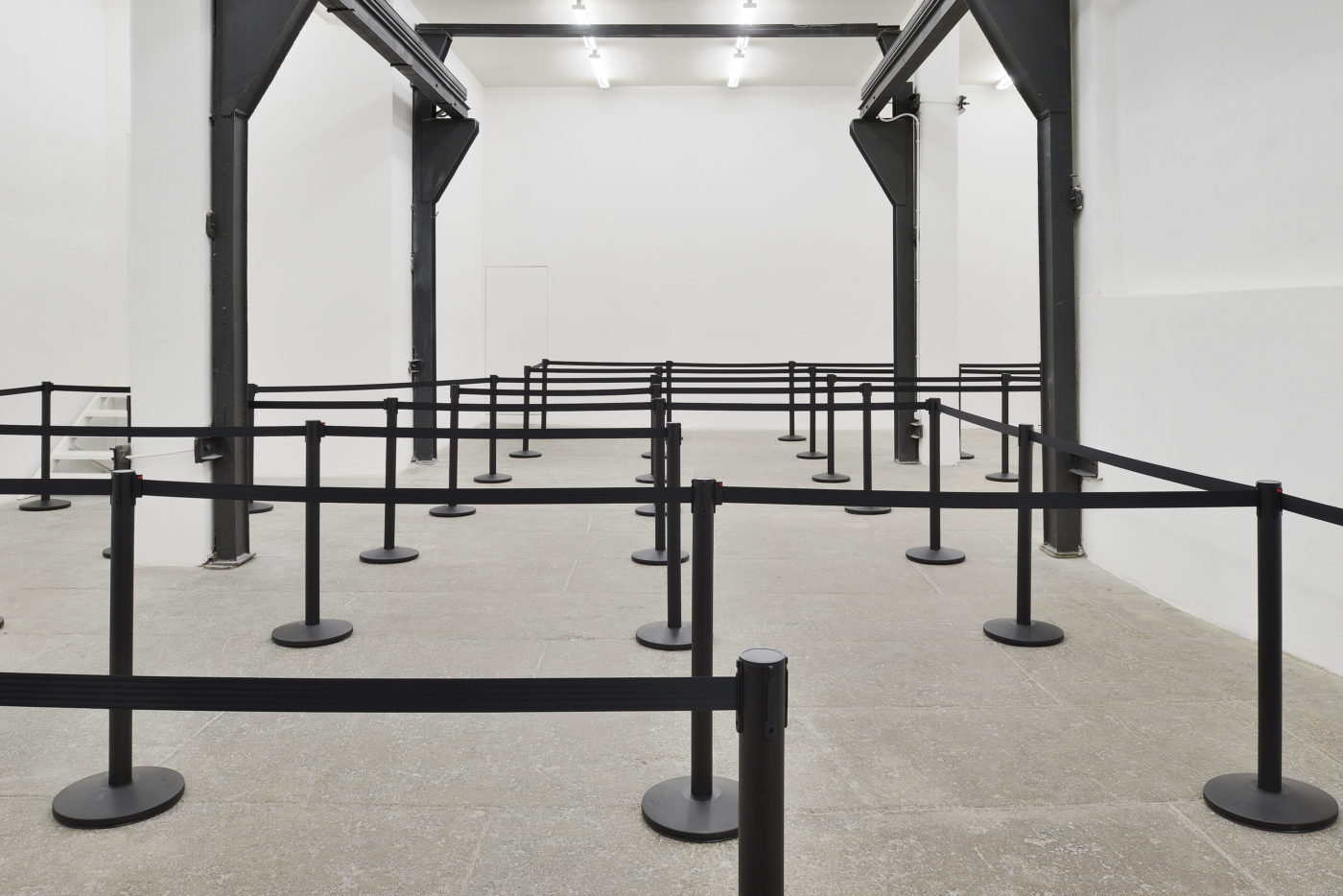 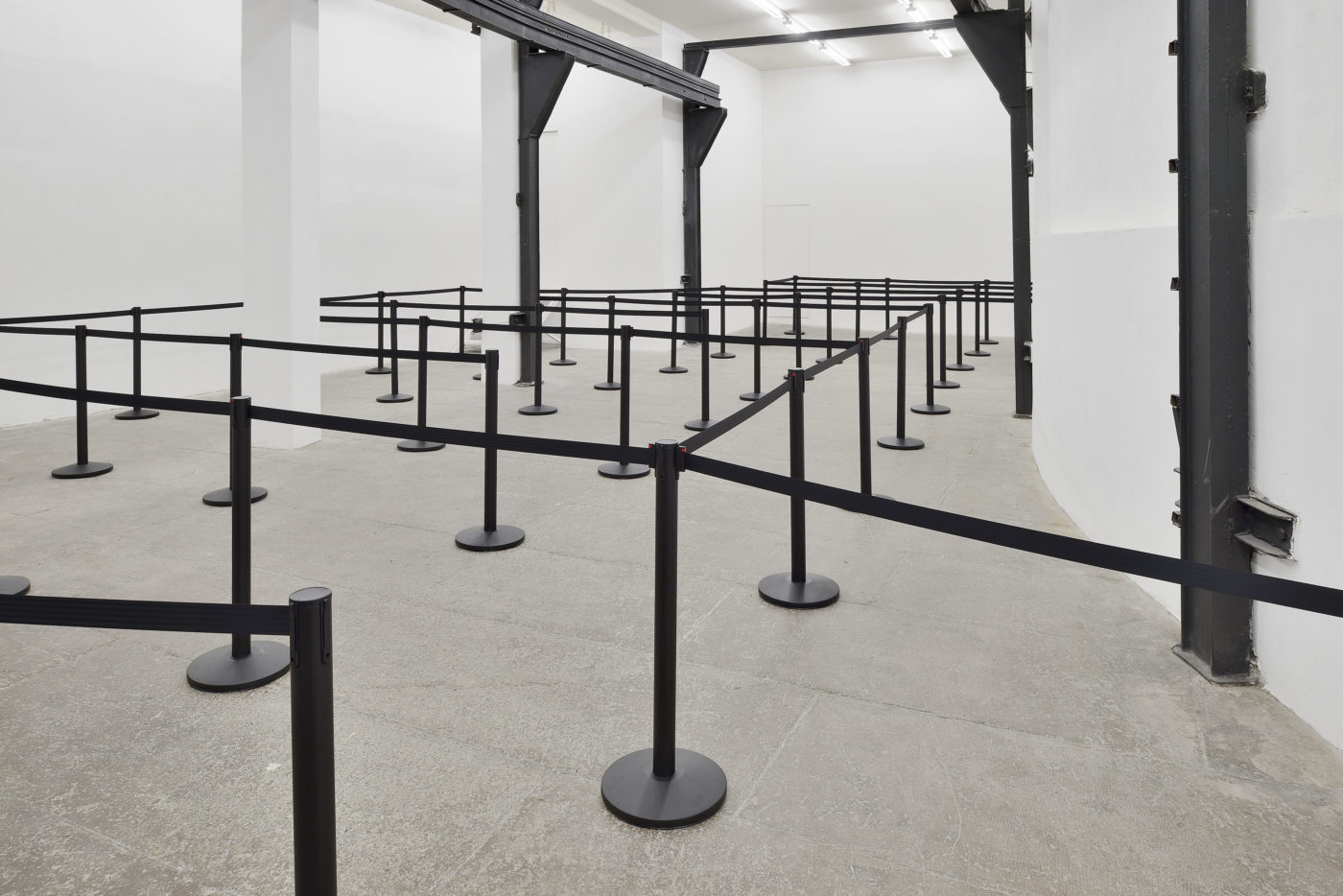 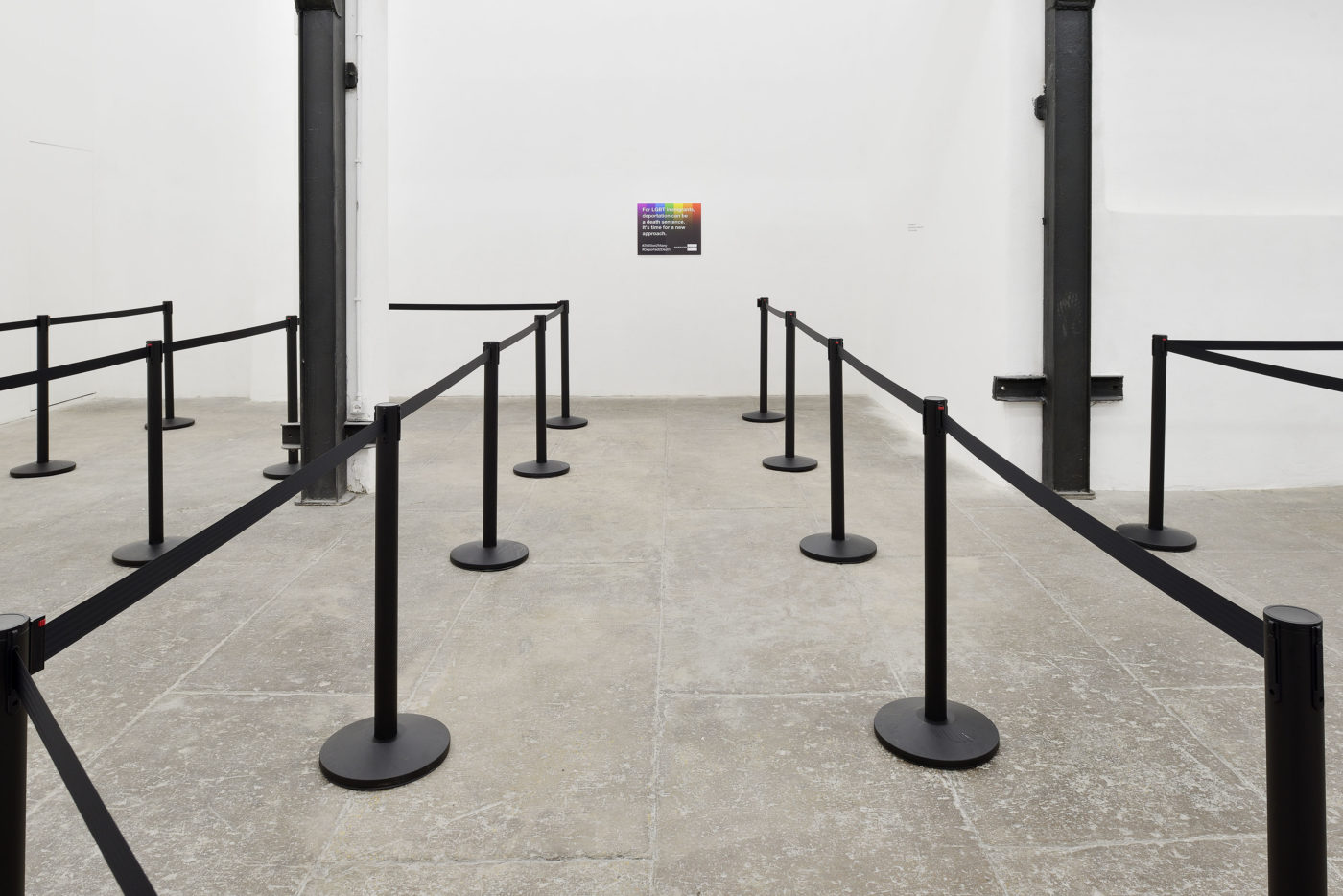 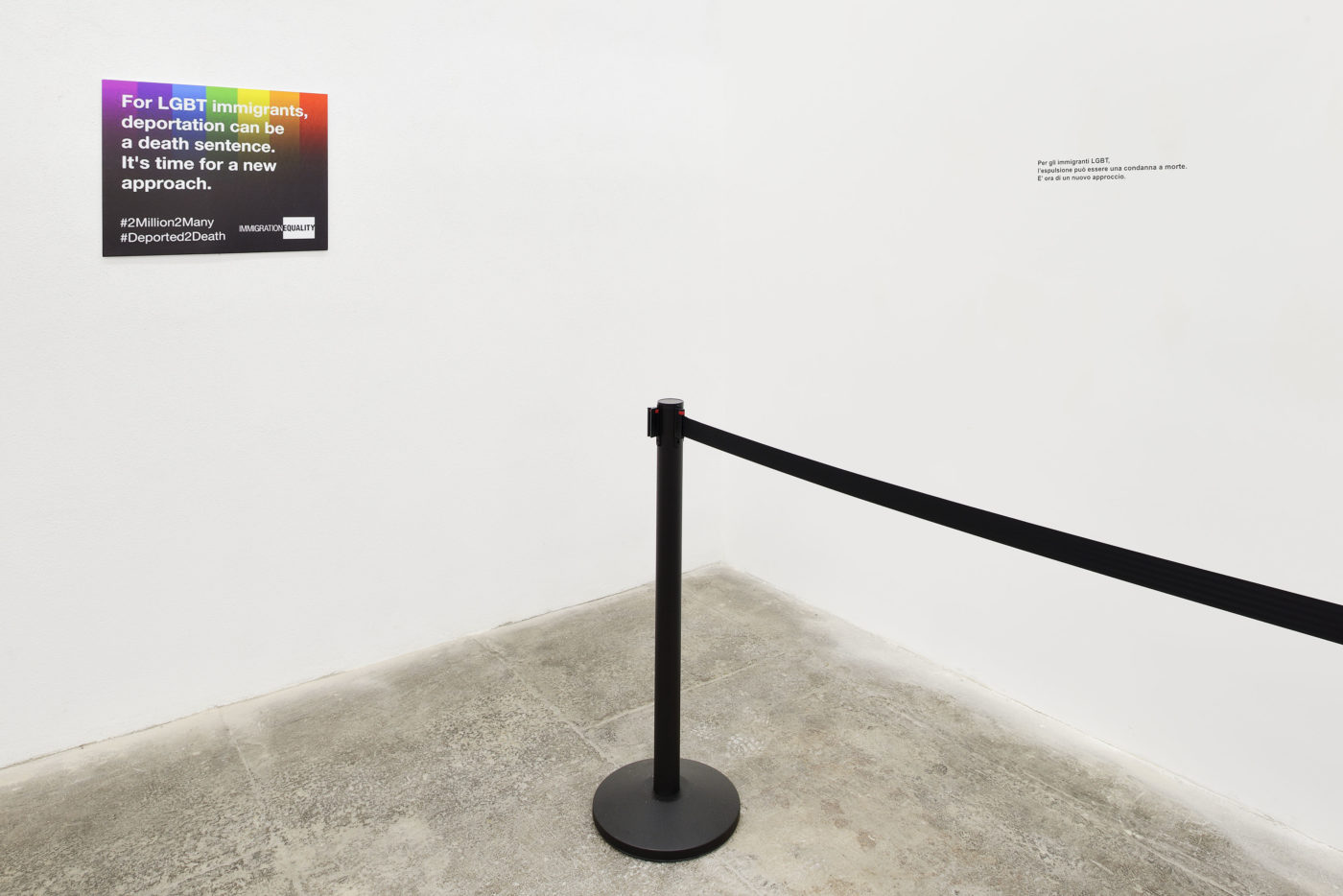 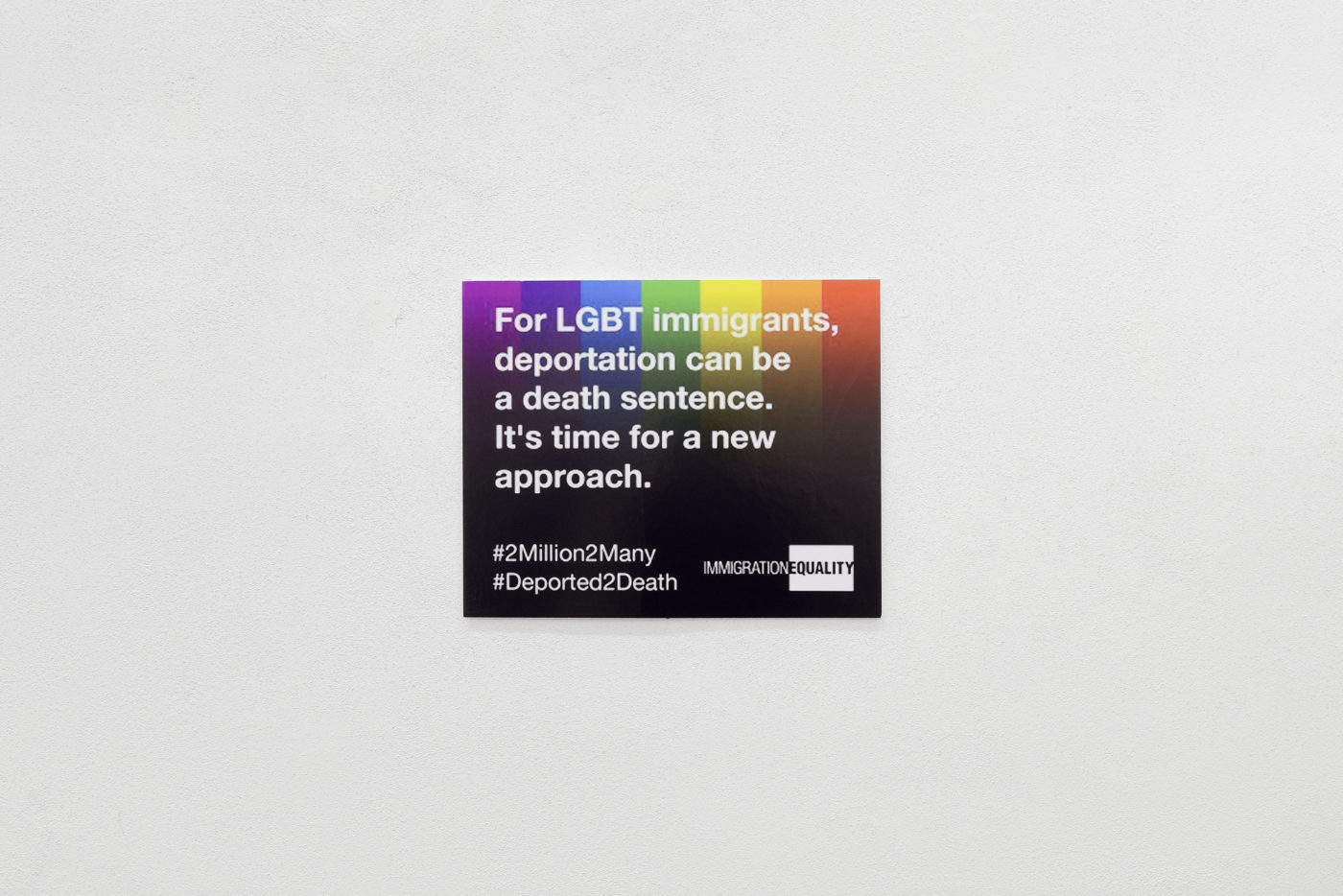 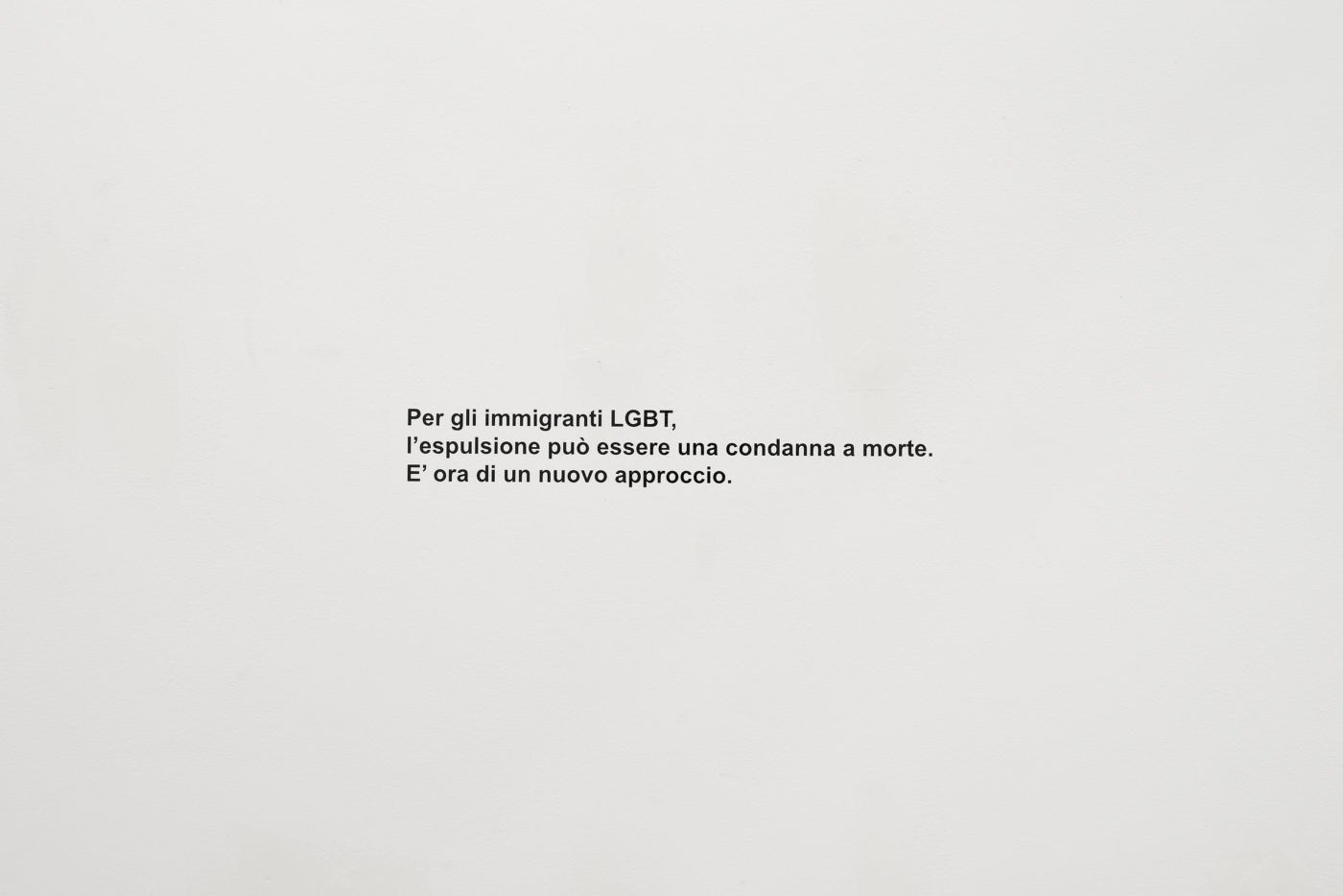 Puppies Puppies hates to fly, even more so as they get older. I don’t completely understand why. They tell me that it has to do with how unnatural the experience is, that humans only accept being stuffed into a tiny box with stale air and strangers and sometimes violent shaking because they’ve been trained to do so by brutal corporations. That’s true, sort of, but I know that they hate flying for some other reason. Their mother does too, and apparently it’s gotten worse as she’s aged too.

I think this maze of barriers is the line after a flight, not the one before it. The relief of home is somewhere around one of these corners, but it feels like I’ll never actually reach it. This exhibition is not a repurposing. It is not “retractable belt barriers arranged in the shape of maze.”  These stanchions are always establishing the shapes of labyrinths. A labyrinth can be an infinite number of things (a weapon, the mind, a confusing novel that echoes the world) but it is certainly used as a mechanism for slowing down the people traveling between its entrance and its exit. We can’t all be interrogated about the purposes of our travel at once, so we wander and explore until it’s our turn because the sides of a room alone aren’t long enough to hold us next to them. It was such an awful flight, and even if my legs are relieved to be standing the overstuffed backpack is poisoning my shoulders and my back. We’re still completely mired in the proximate bodies of strangers, packed in with them like the corpses of small fish.

I don’t think that the sign in the back of the gallery, which says “For LGBT immigrants, deportation can be a death sentence,” makes this only a representation of a line for immigration systems. I think the important part is the delay, the time it takes us to reach the sign.

You see, the sign reminds me that if I traveled to certain places in the world and expressed my strongest, truest feelings in public, if some distant echo of my strong and true feelings could be detected on me like an odor, I could be jailed or tortured or killed. Even writing this, my mind is still dozens of left turns away from the confrontation of that reality. In Brazil, LGBTQ people are being murdered now more than we ever have before, reversing a longstanding reputation for liberalism there. I read today that gay people are being rounded up and tortured in concentration camps in Chechnya, that at least three of them are dead.

I don’t know how to say how badly it hurts to even write such a thing, to know that somewhere I could fly to on an airplane there are people who have the same secret knowledge that I have, and they being ripped apart, right now, their bodies and minds are being ripped apart by the rage of the most evil villains that I can possibly conceive of. It’s really happening there, right now—some people who are deeply, deeply like me, who understand some fundamentally important aspects of my life better than people who I have known for decades, are wondering why their families abandoned them to these camps to be mutilated and to die without them. I hate those families and I hate the torturers and I just want to slide on my stomach along the ground, under the belts, directly toward the exit of the gallery and run all the way home from Italy into my gay bed with my gay spouse and my little dog and contort into a sphere of flesh with my head in the center so that no matter how loudly I scream the neighbors aren’t disturbed or invited to scrutinize us.

I think Puppies organized this labyrinth because it’s too painful to realize that our government, that the world, that someone’s mother and father can require a sign like this to exist. This sign is not a representation of the dire suffering of LGBTQ people, it is direct evidence of it. It is a pen sitting on the floor and an open hand feet above it, and the sound it made hitting the floor. The gravity that pulled the pen toward the center of the earth is too grave to know directly. You cannot simply walk straight up to the hideous cruelty of a person having to wonder at the banality of being beaten with hoses and shocked with lightning in order to not to lose their minds, saving themselves by thinking in circles just before being killed. The labyrinth lets me drift slowly towards the sign, which lets me drift slowly toward knowing the tiniest sliver of what’s happening tonight in the world to people that I am sure I would easily love as friends. And maybe my muscles aching from thinking about that distant torture as I write this lets me drift slowly toward the grief of a specific few violent episodes that happened in the early life of a person I love very much.