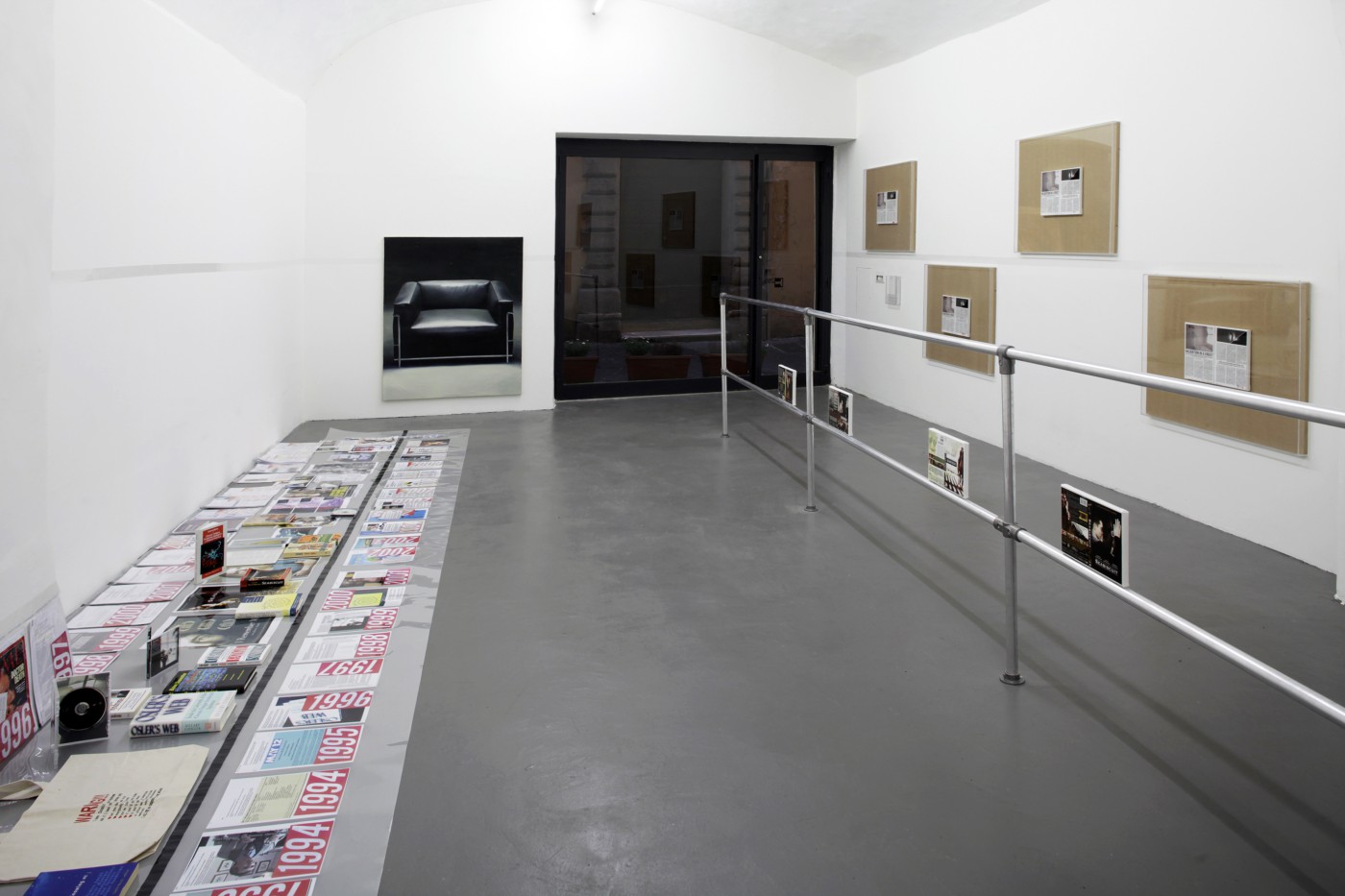 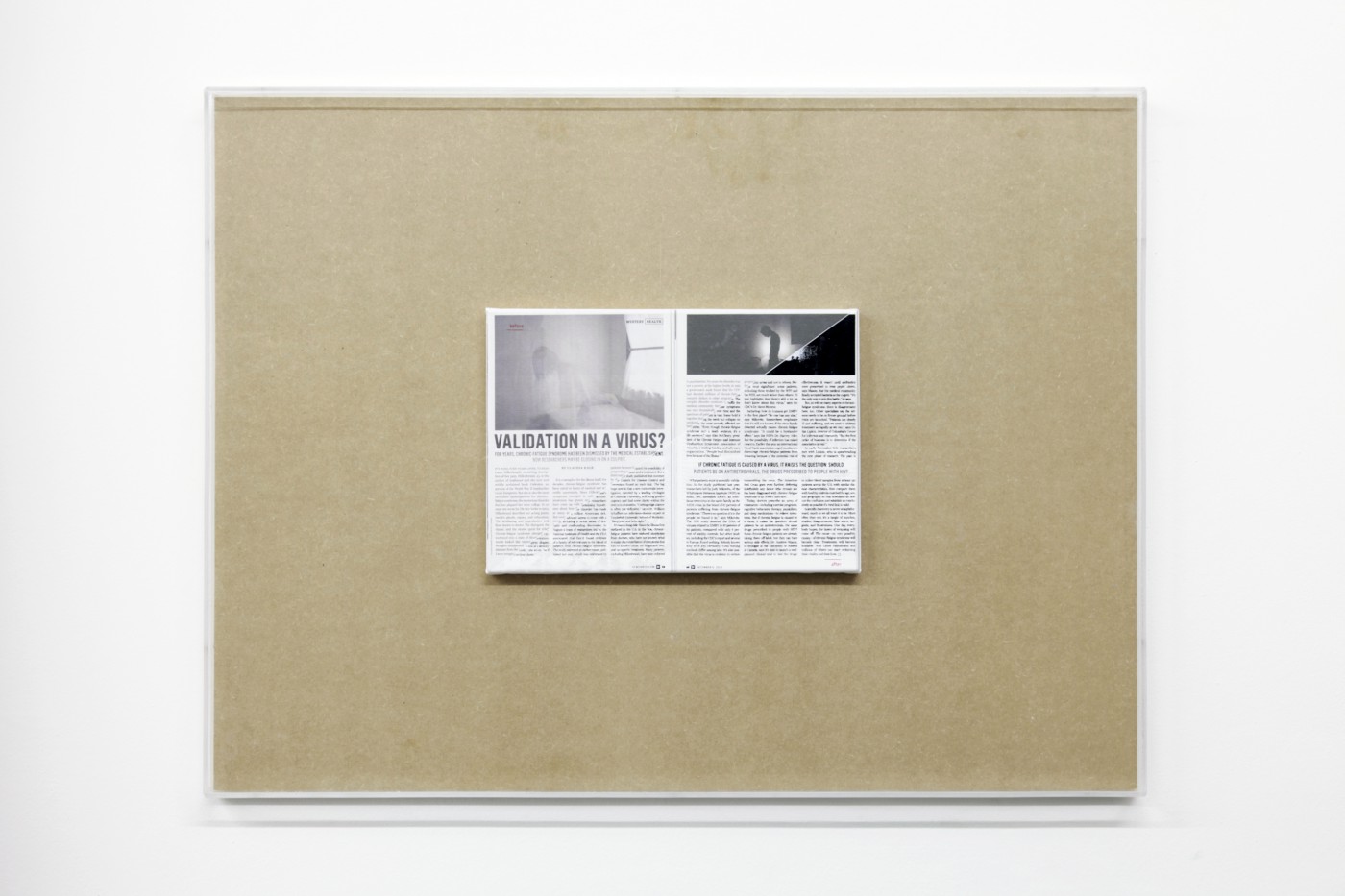 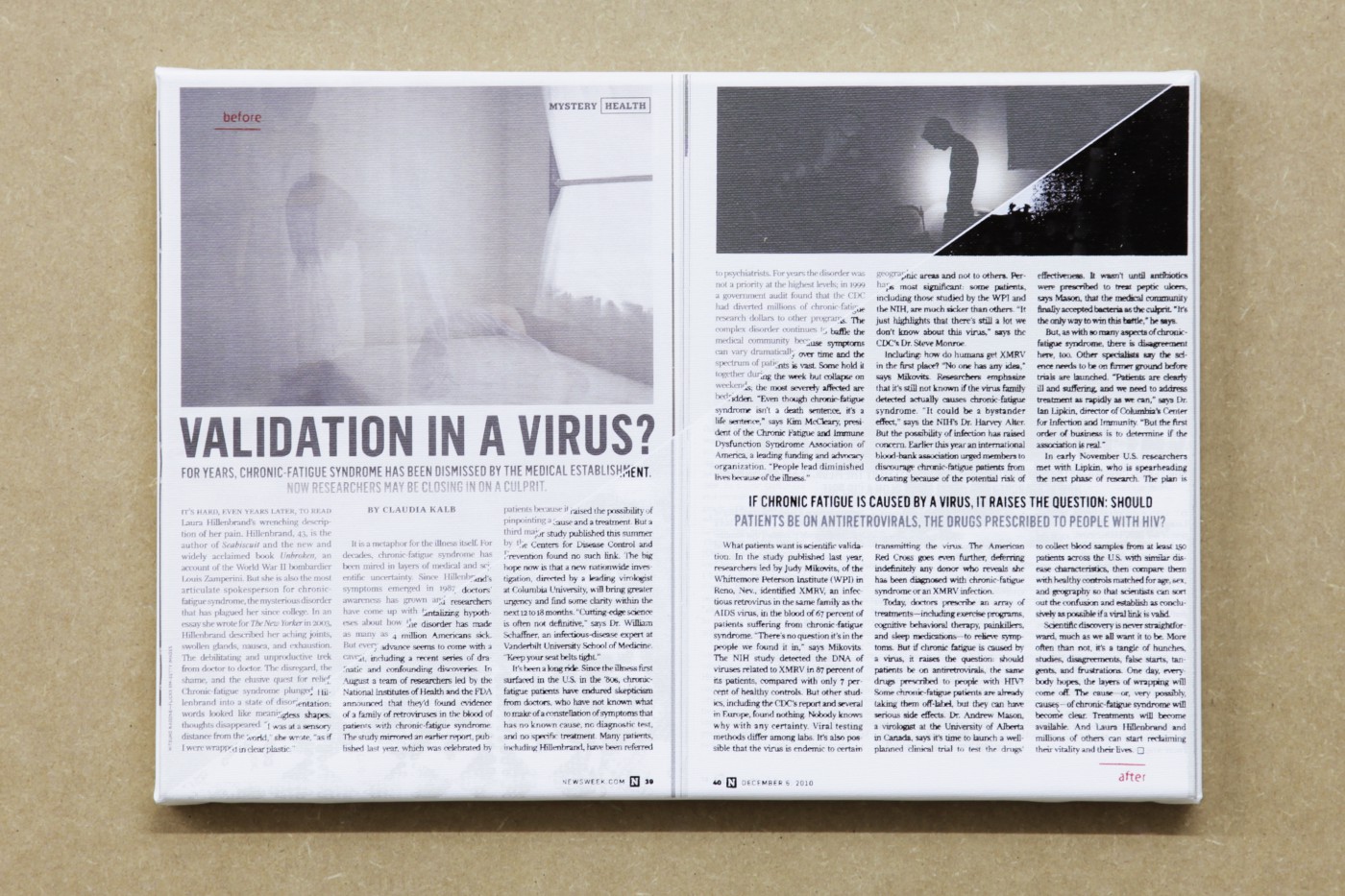 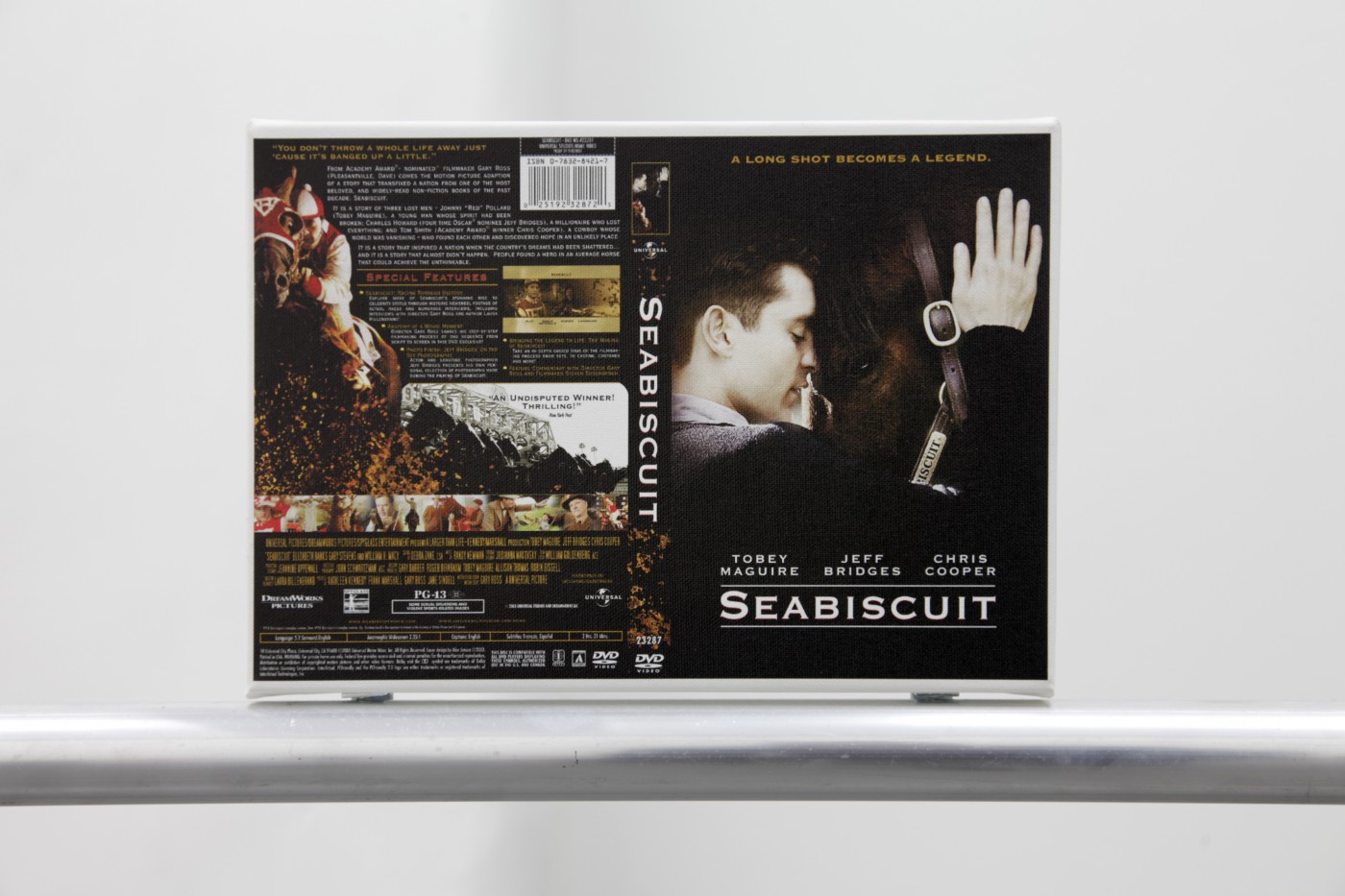 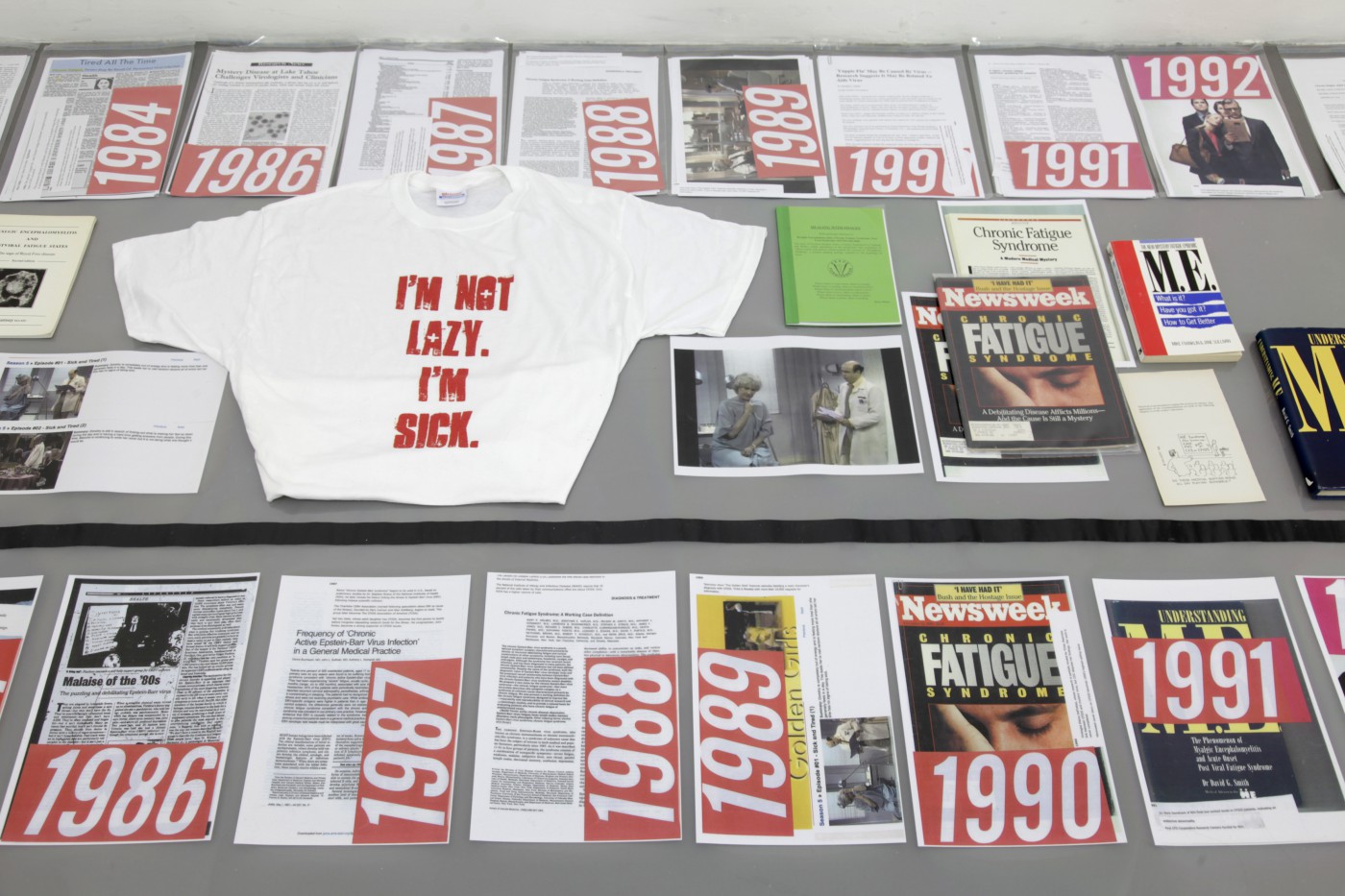 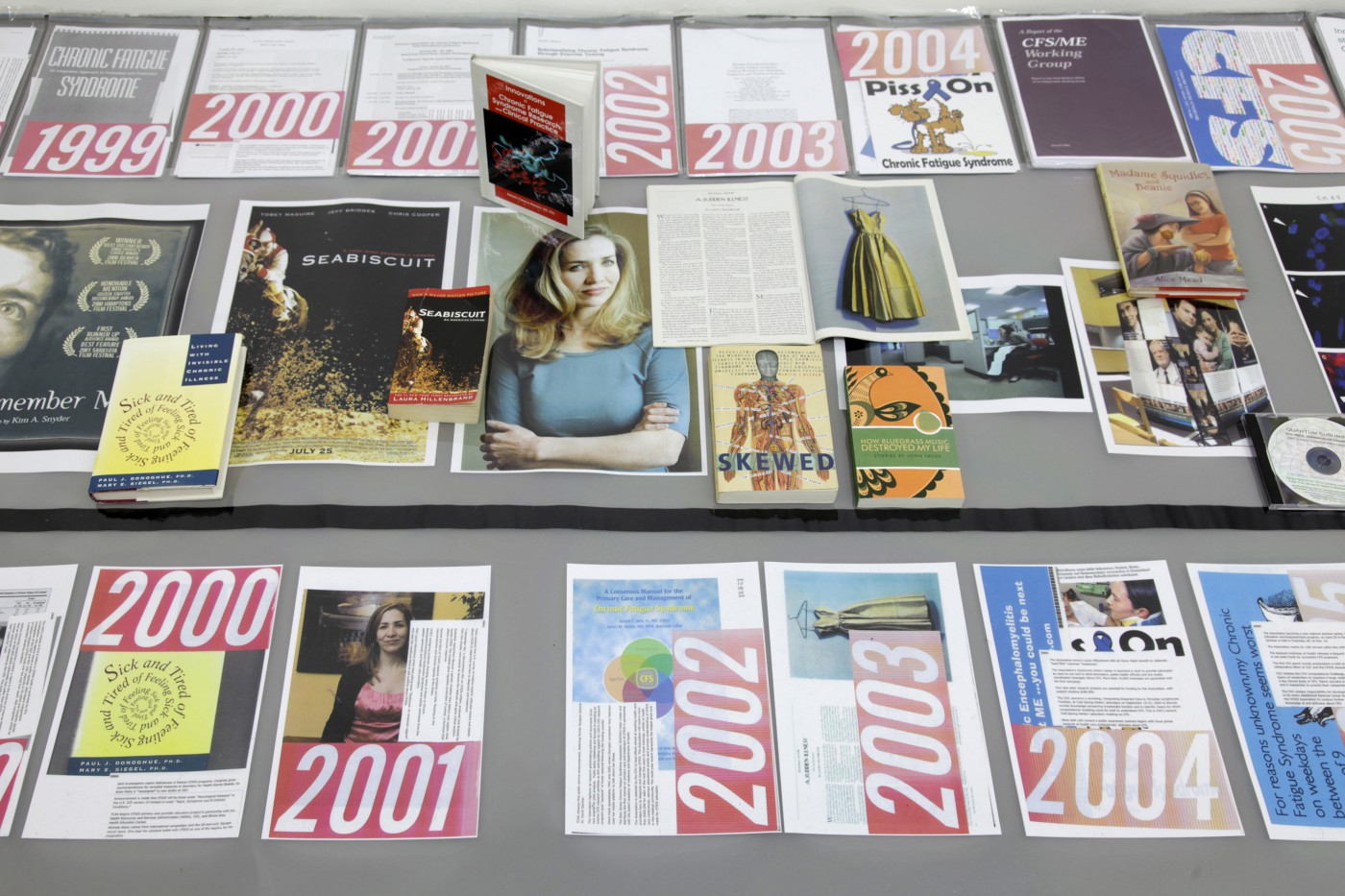 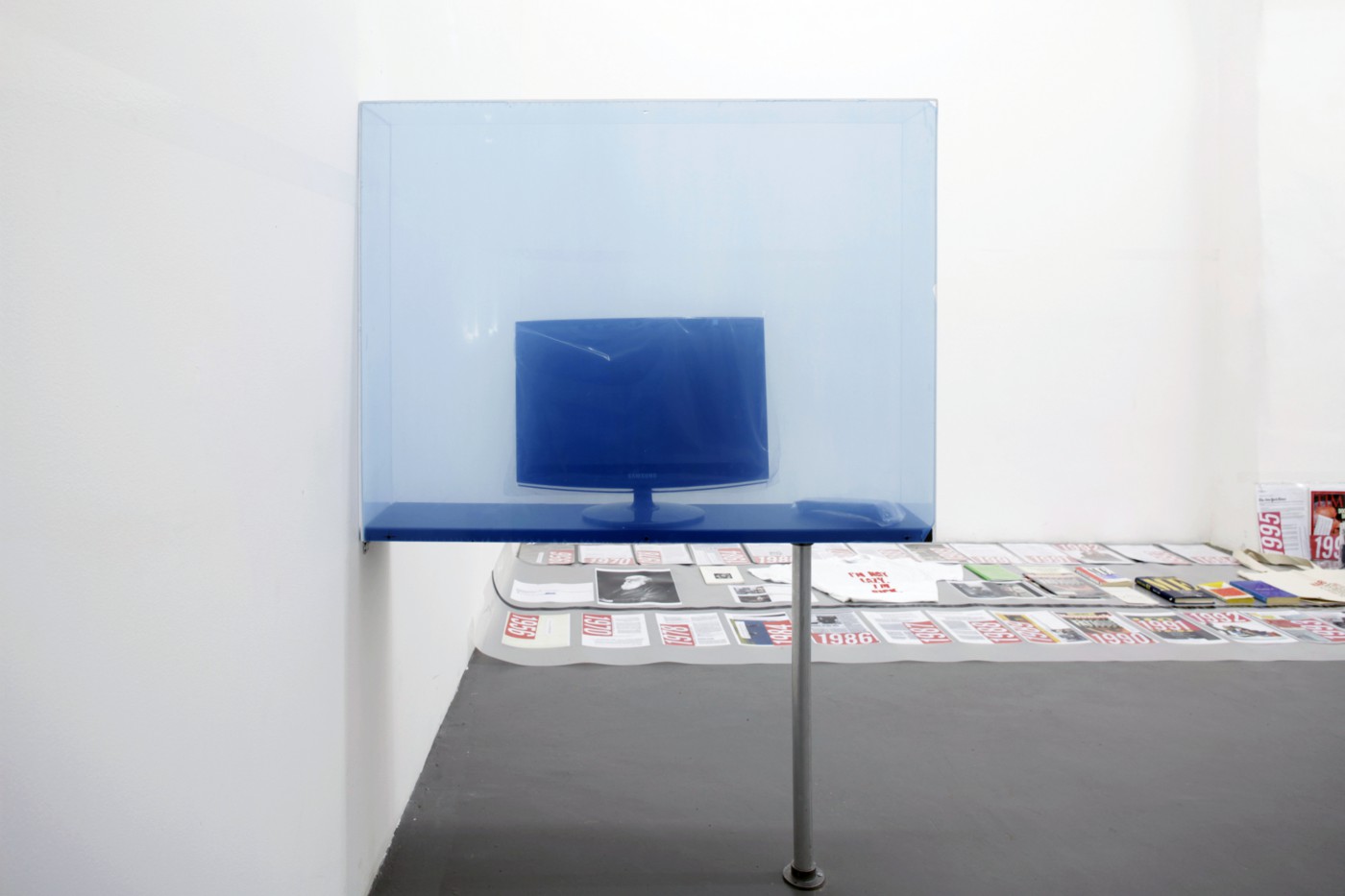 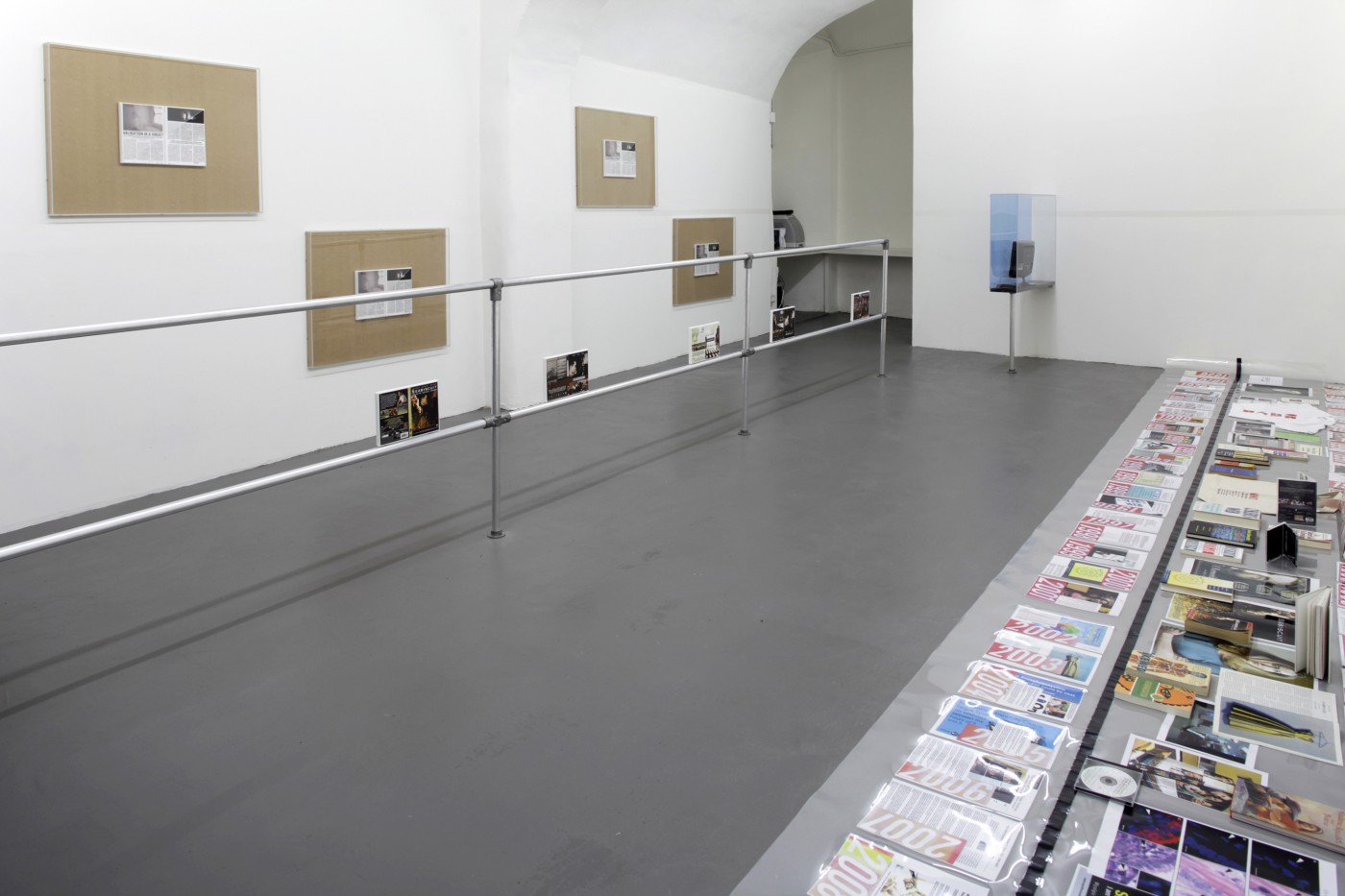 For his second exhibition at the gallery, Simon Denny will perform a restoration on a documentary that focuses on a recent debate which featured widely, in mainstream and academic publications form ‘Newsweek’ to ‘Science’ throughout 2009-2011. This debate is centered around speculation over the possible connection between the chameleon-like disease Chronic Fatigue Syndrome or Myalgic Encephalomyelitis a largely unexplained medical condition characterized by pervasive exhaustion and muscle aches, recognized in the mid 1980s, that effects the lives of roughly 17 Million people worldwide, and the newly discovered retrovirus XMRV which has striking structural similarities to HIV. Should this connection be proven it would be a revolution in the understanding of the illusive disease, who’s sufferers have long faced skepticism from parts of the medical profession, legislative bodies and workplace management.

The exhibition will focus on a number of ‘split-screen prints’ – demonstrations showing dramatic improvements in picture quality – before and after the restoration process. Denny will also present the documentary laid bare in its constituent parts – forming a floor-based timeline of the time-based media dispute. The documentary includes an in-depth look at several publications key in defining the mysterious disease in the popular mind, and a rough lineage of the development of CFS/ME through its attention in print media and popular fiction.

Presented alongside the restoration will be several DVD packaging redesigns for the documentary, underlining the outer presentation of this inward disease.

“The story of XMRV and chronic fatigue syndrome is unfolding in a uniquely modern way, highlighting the clash between slow, methodical science and a plugged-in world ready to act on a single piece of information.”
Trine Tsouderos, Tribune newspapers, 7 June 2010

“This is the breakthrough that we have been hoping for. Now we have scientific proof that this infectious agent is a significant factor in ME/CFS, patients and their doctors will soon have a blood test to verify their diagnosis and provide the answers that they’ve been seeking.”
Annette Whittemore, founder and president of the Whittemore Peterson Institute for Neuro-Imune Disease , in a press release, 8 October2009

“Many times in the history of their field, reported links between a virus and disease have later been shown to be caused by Lab contamination, a phenomenon known as a rumor virus.”
Trine Tsouderos, Tribune newspapers, 20 December 2010

“When reviewing a DVD, it can be really tempting to describe it as Other DVD 1 plus Other DVD 2. But even though it’s easy and fun to do reviews this way, people get sick of being the audience to this kind of journalism.”
Peter Riggs, Review of reviewing ‘DVD Review’, October 2003