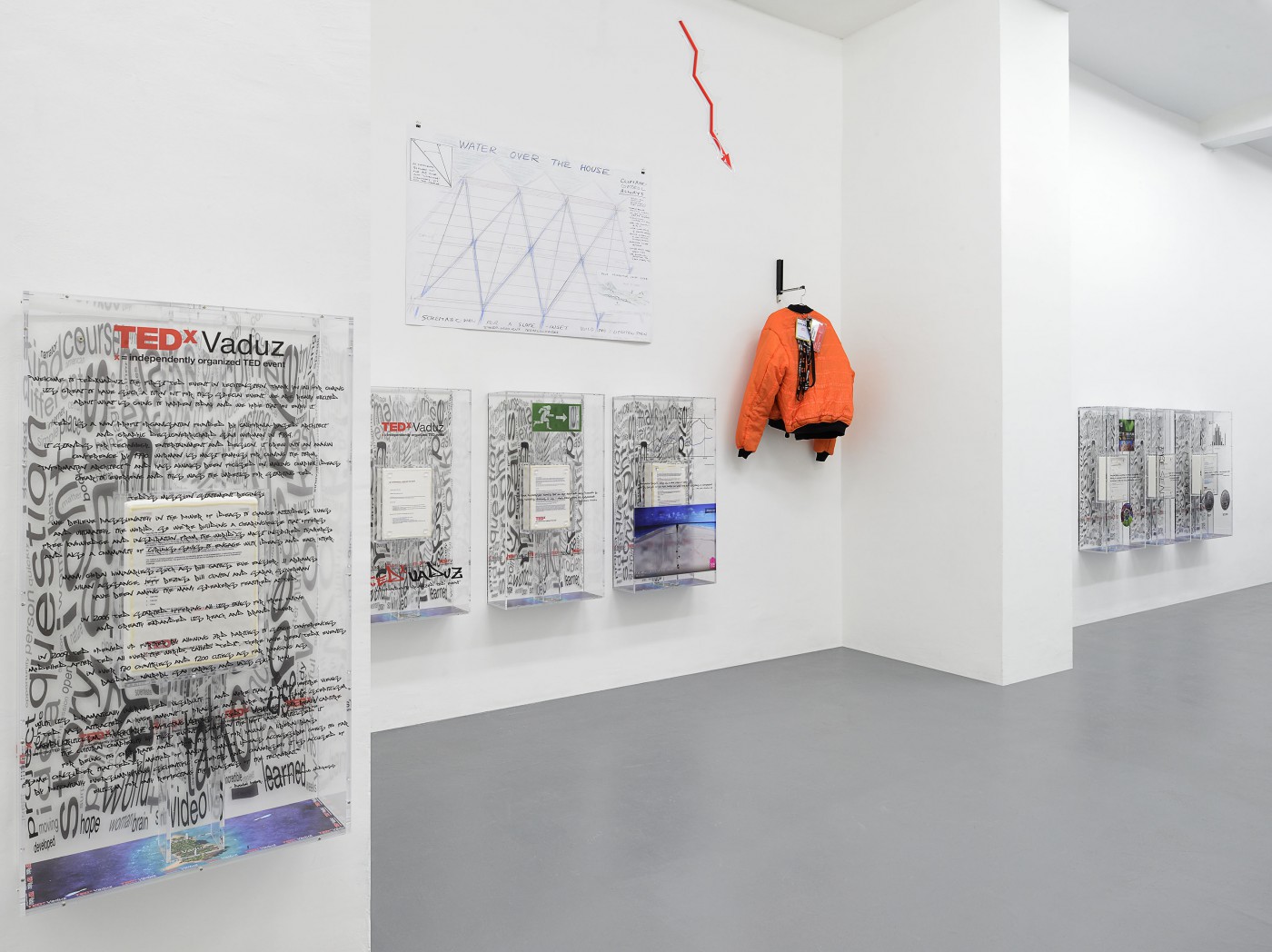 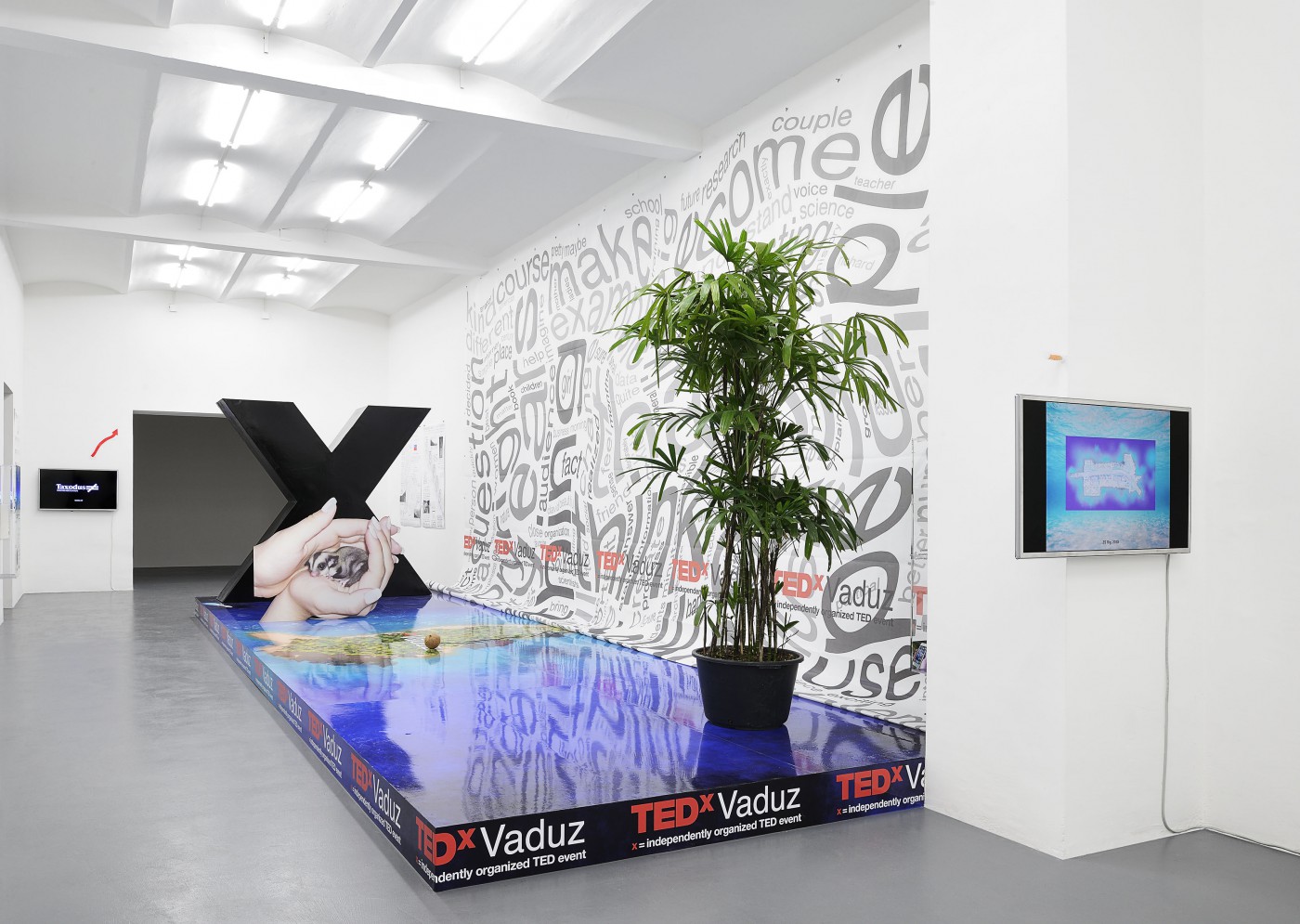 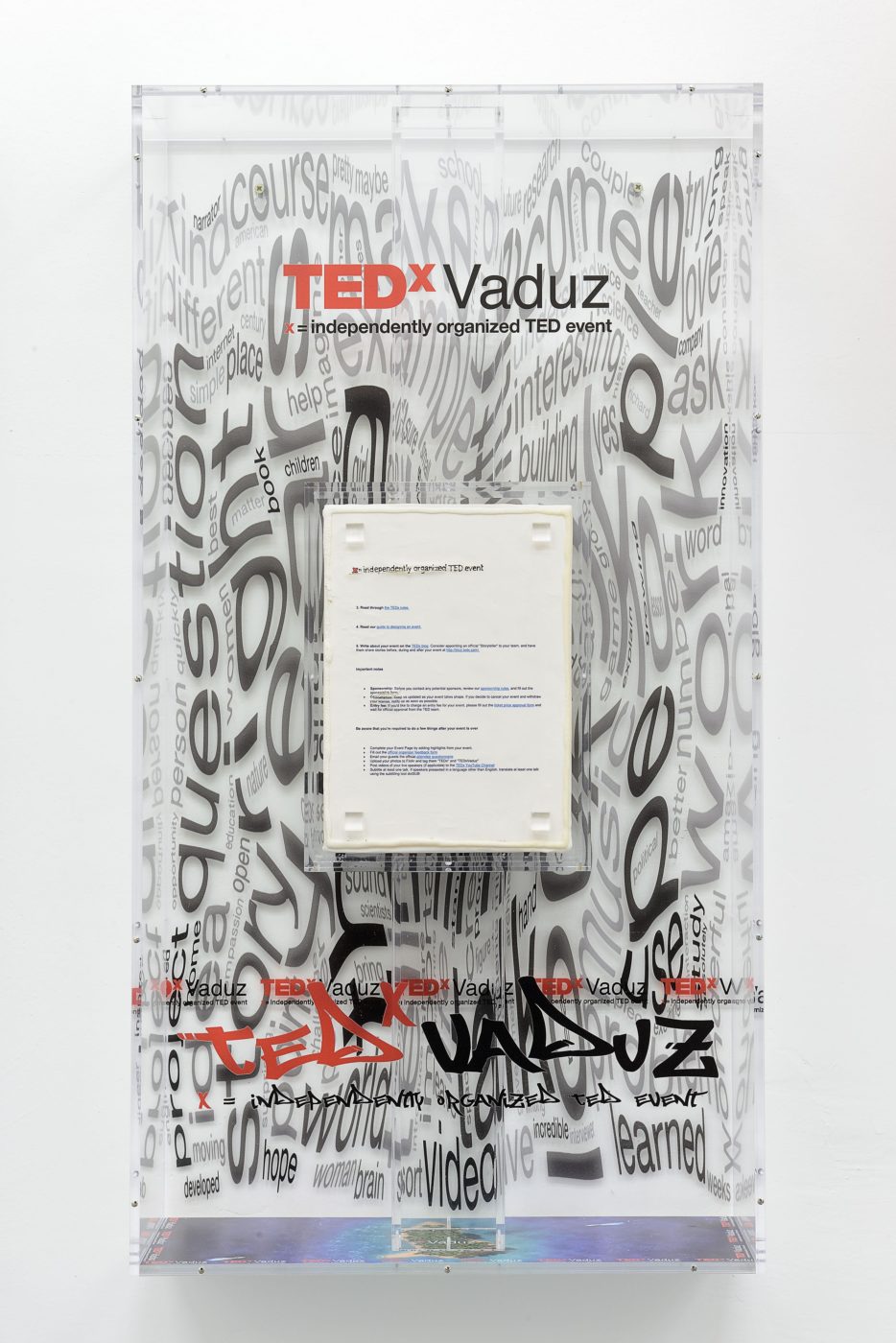 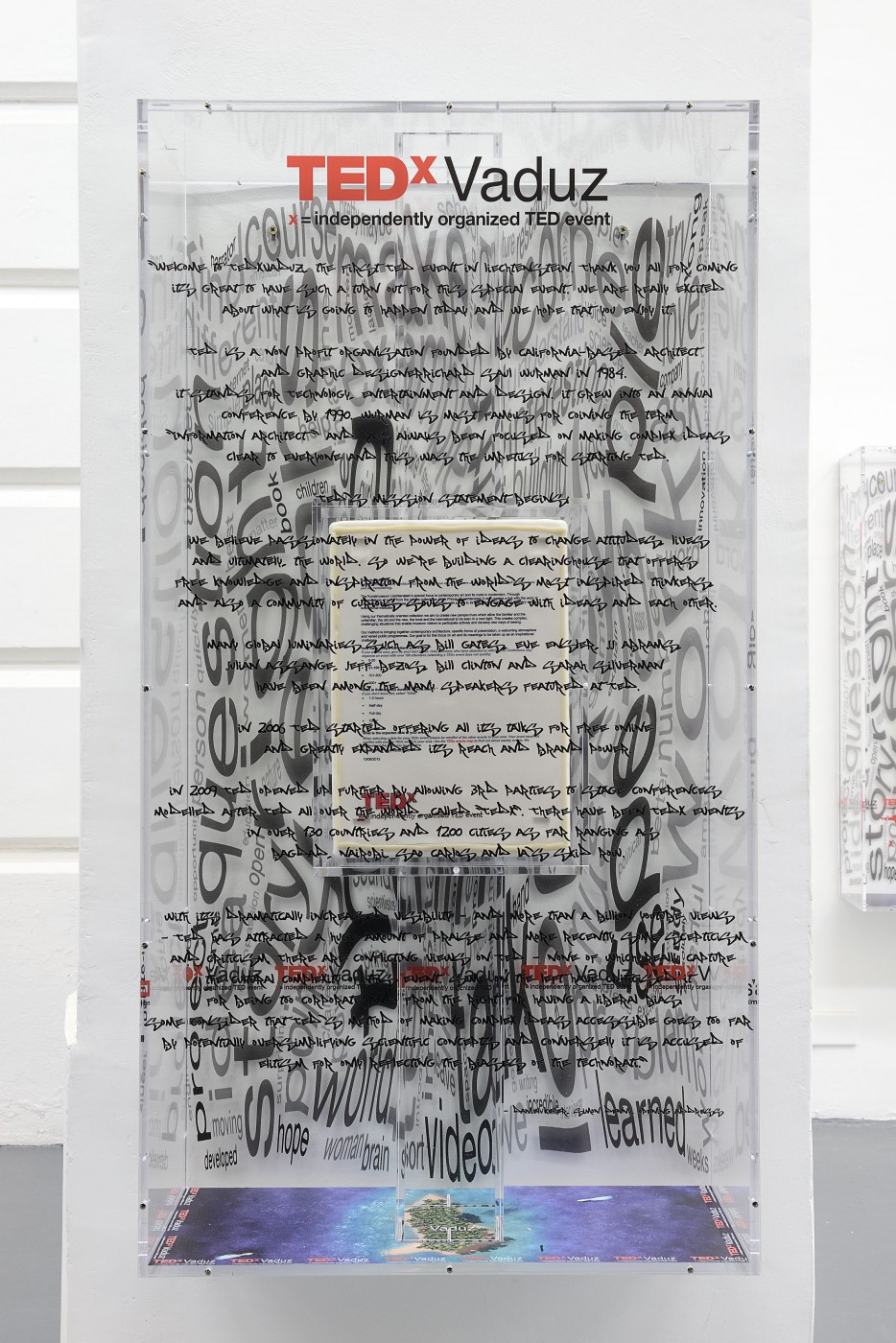 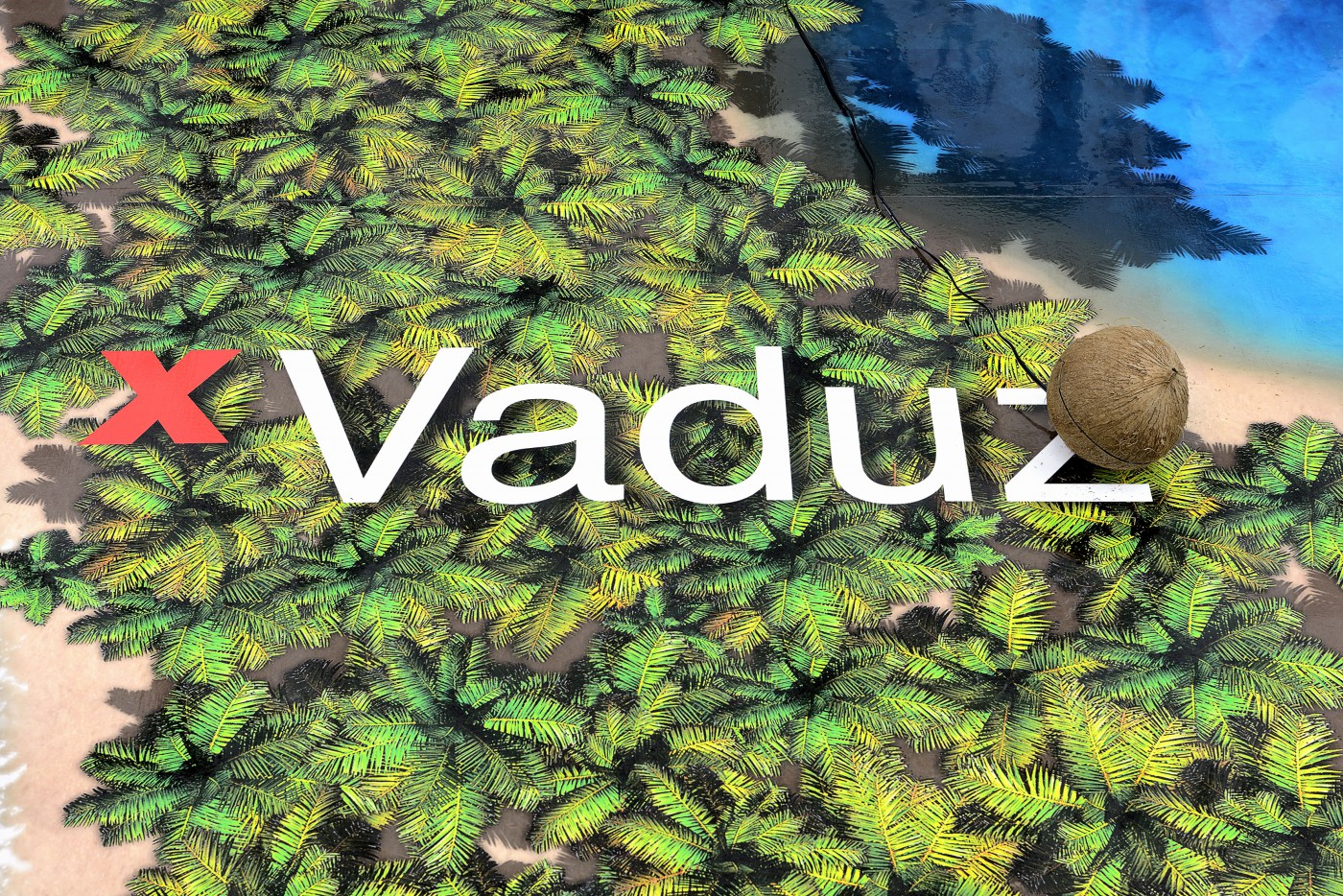 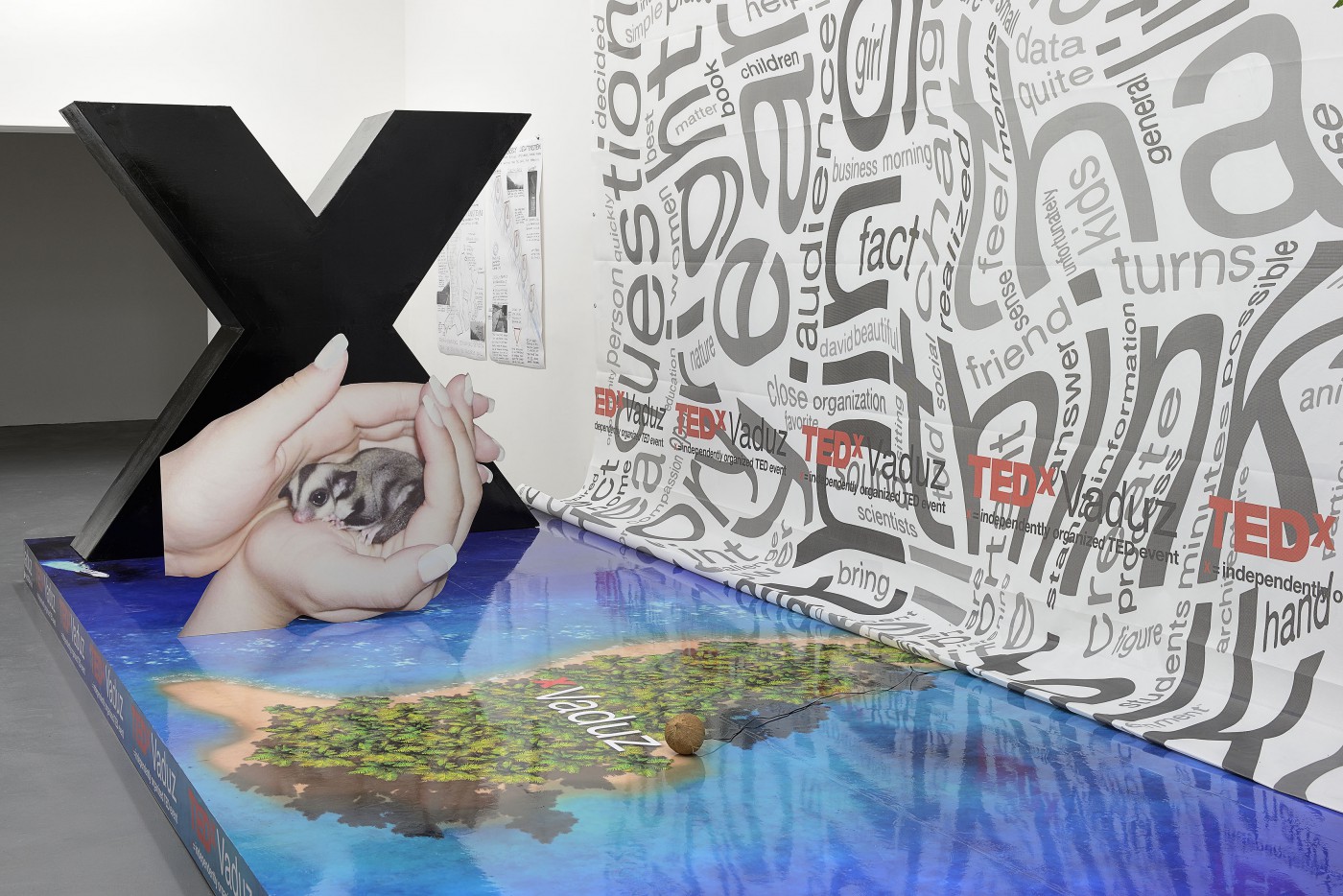 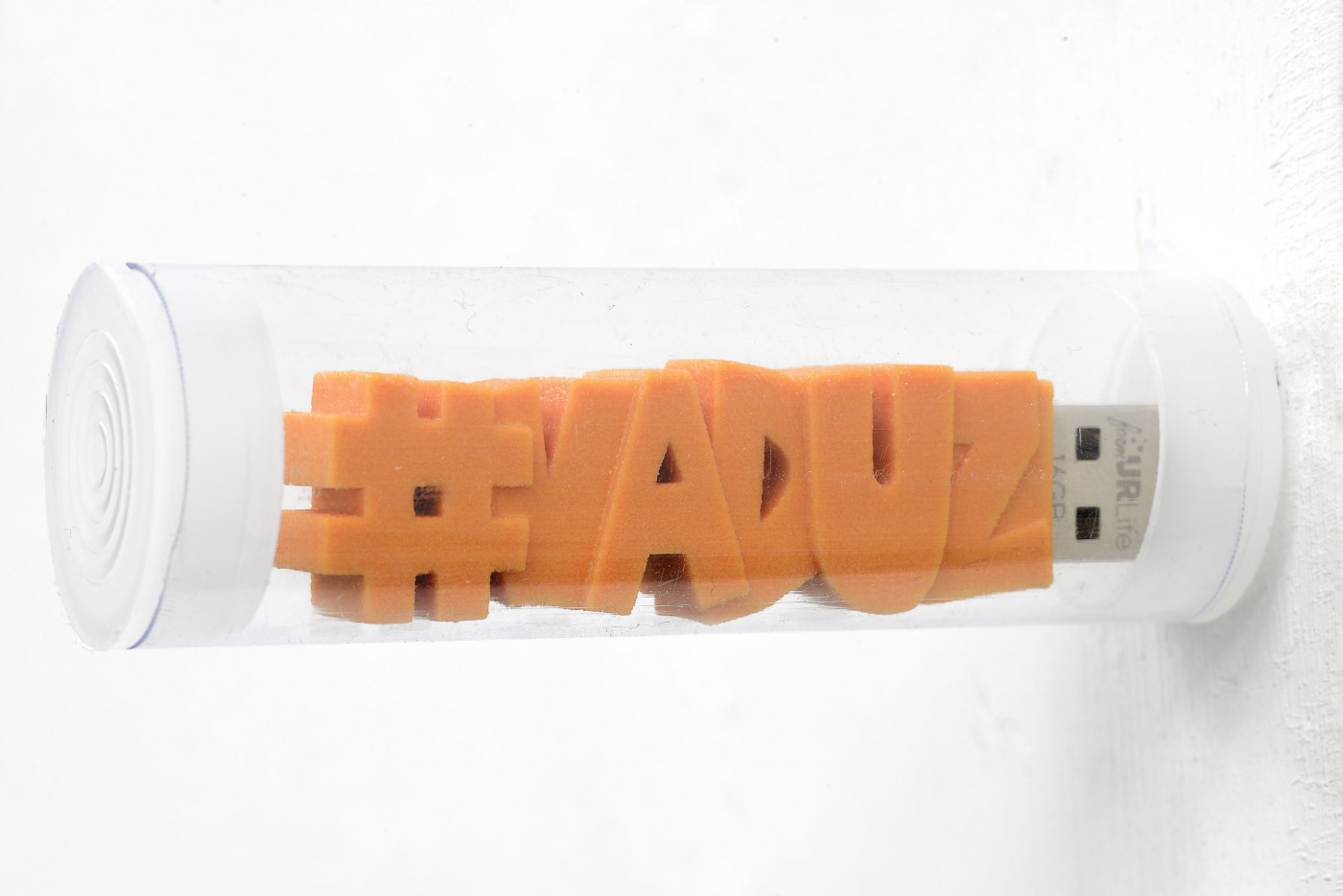 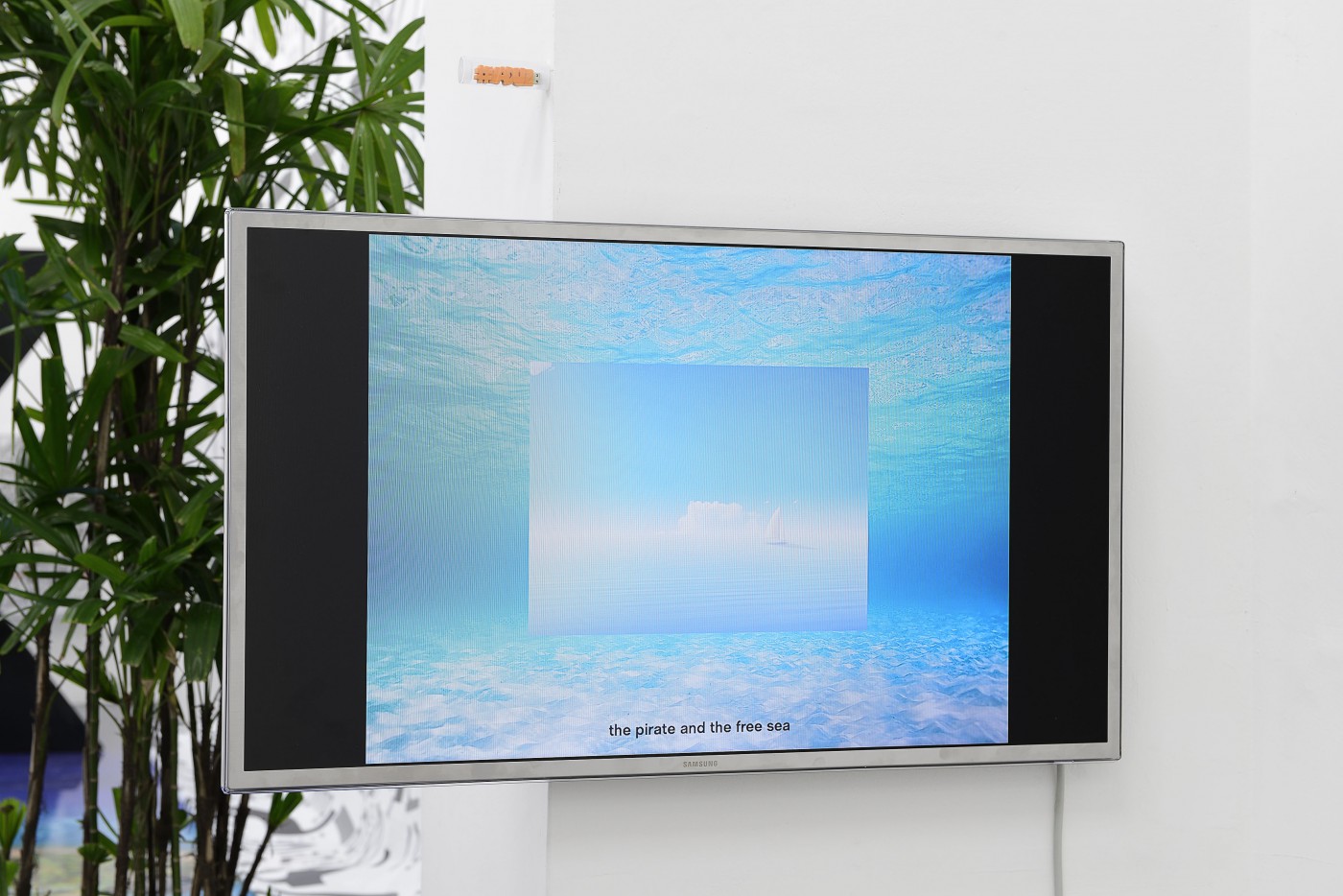 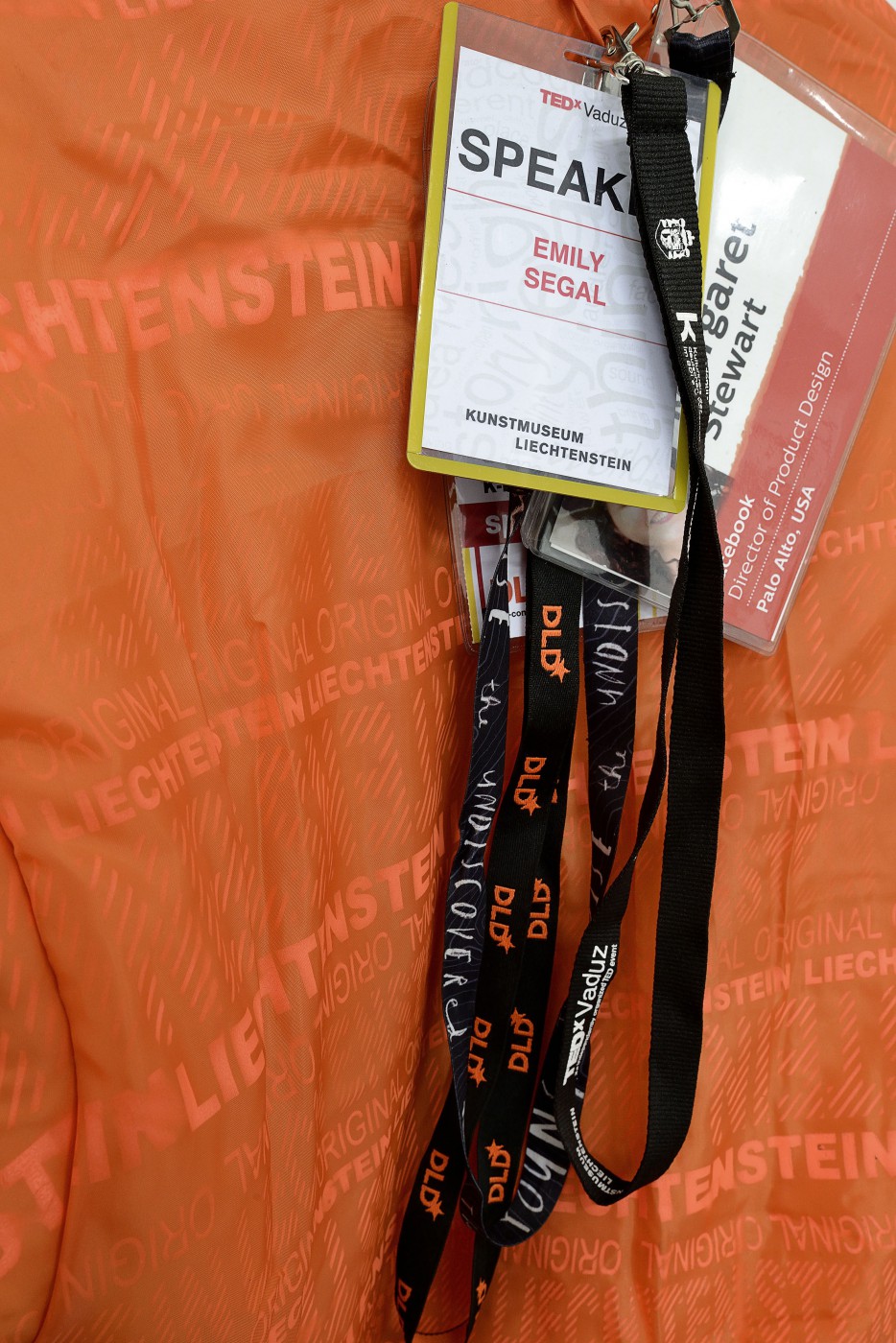 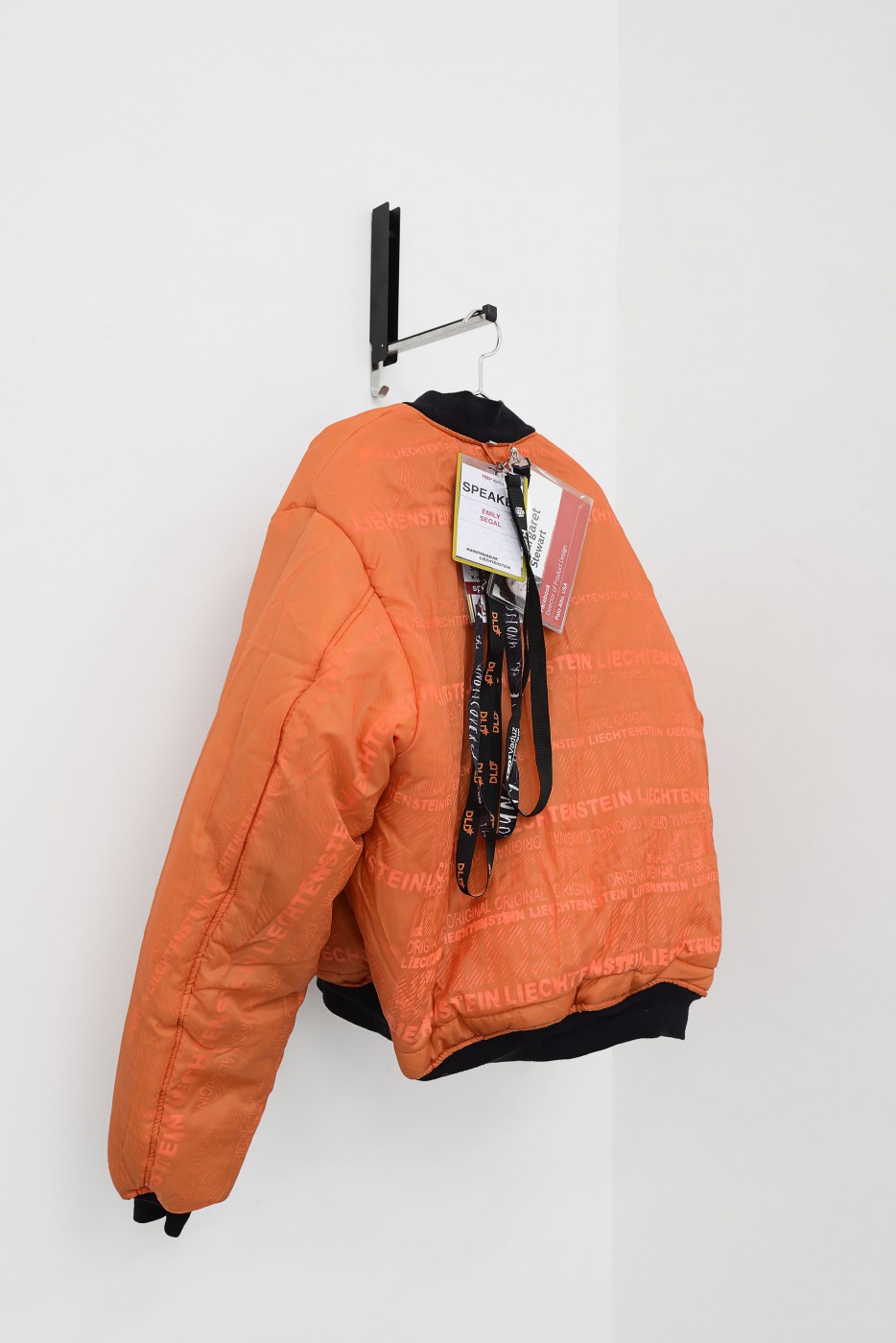 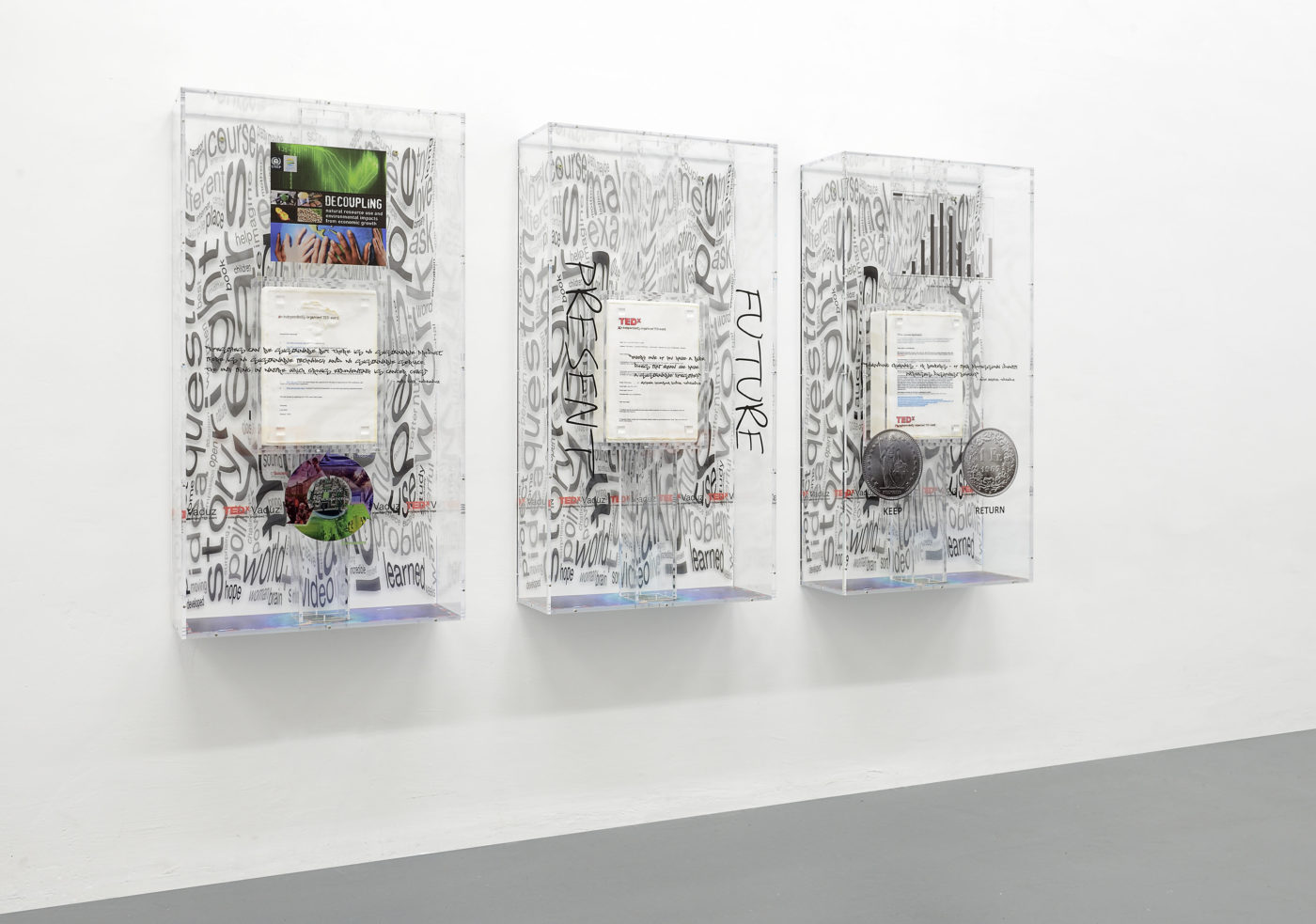 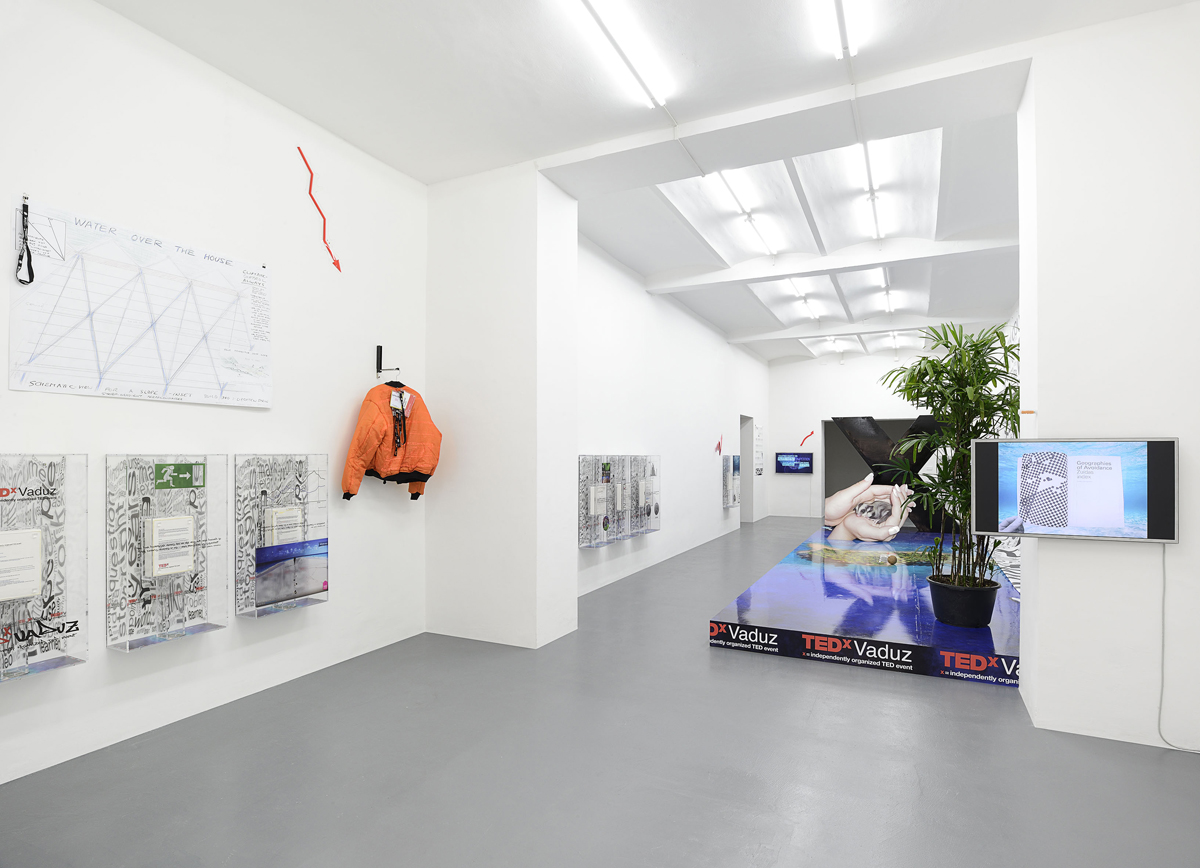 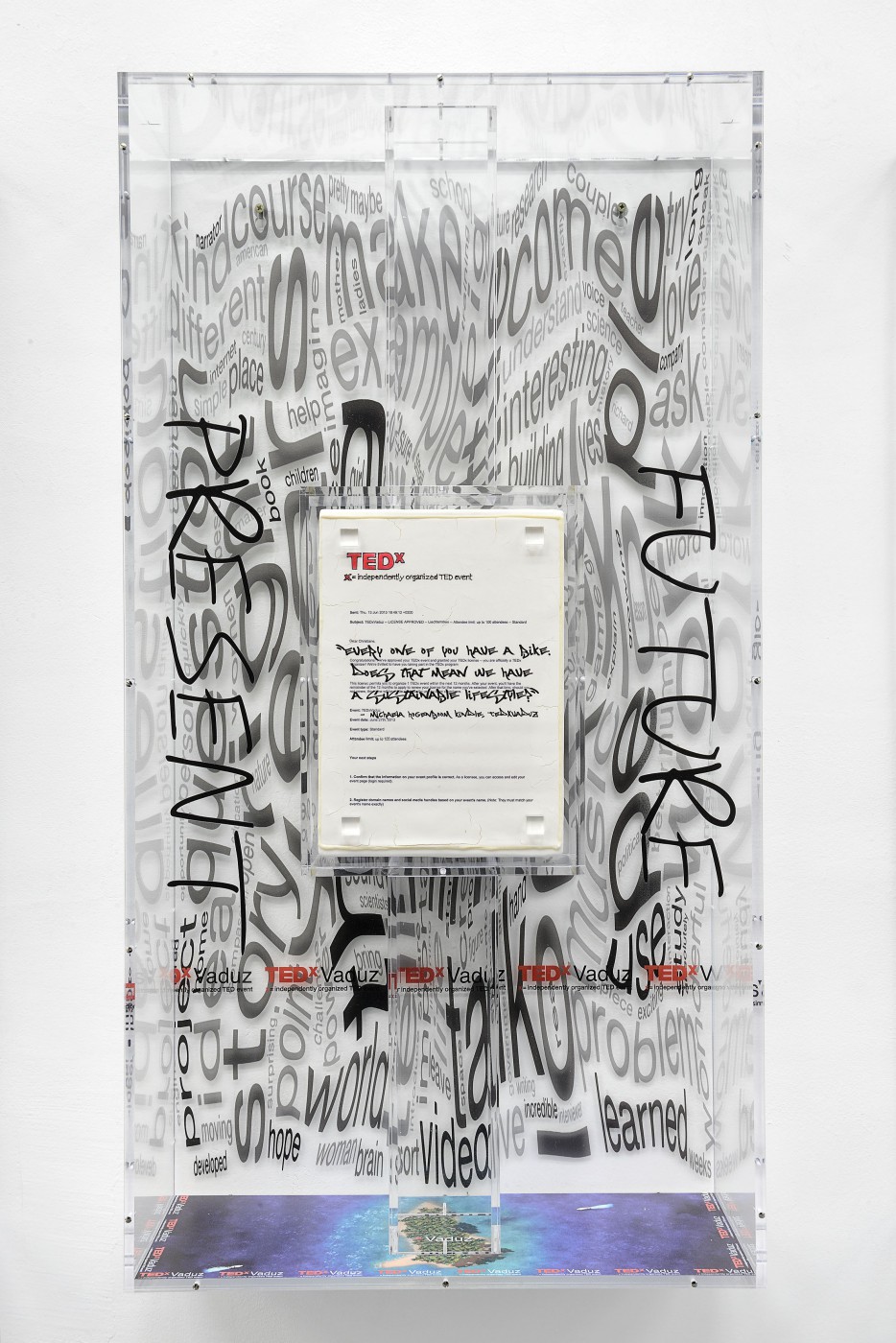 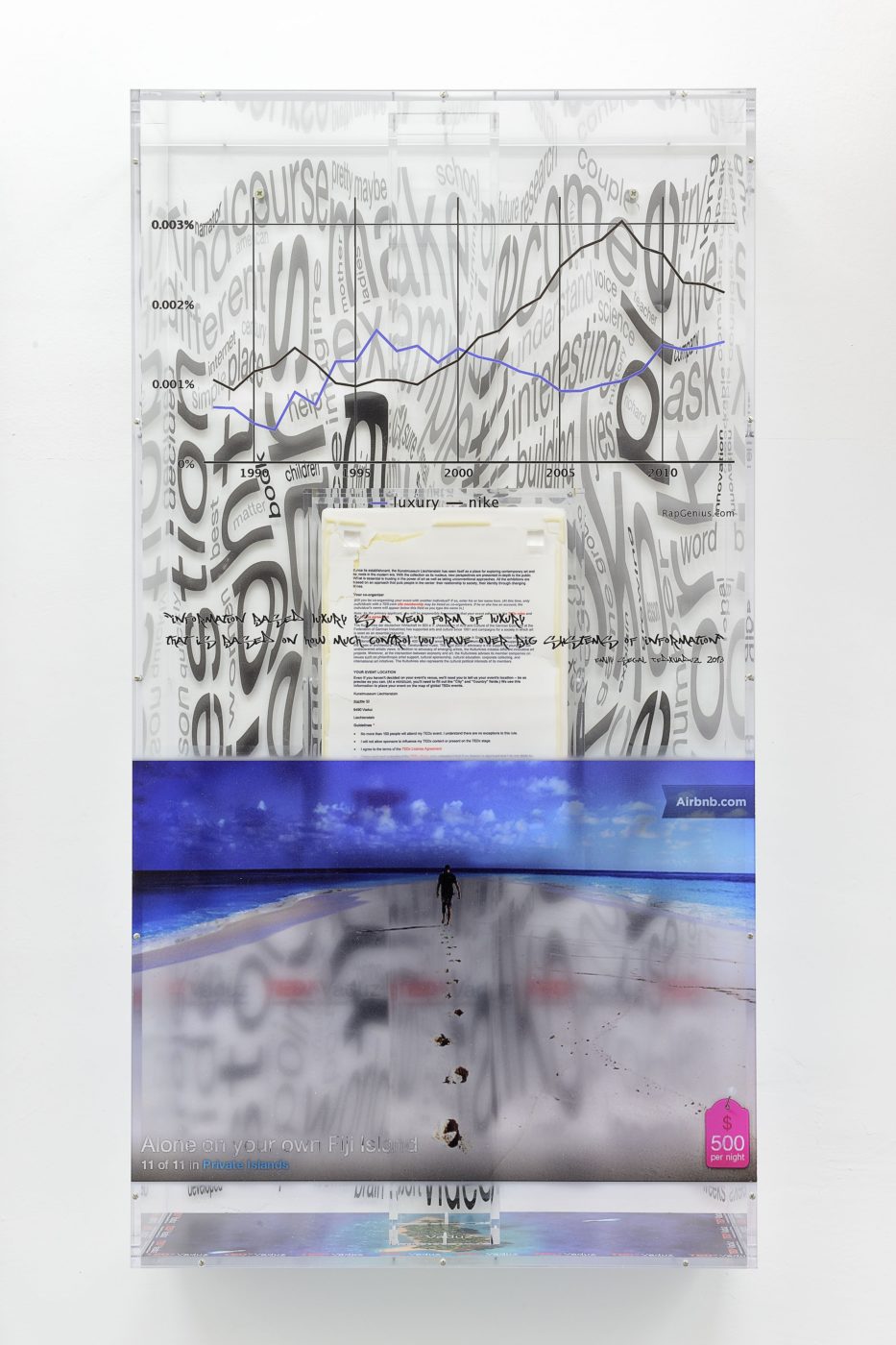 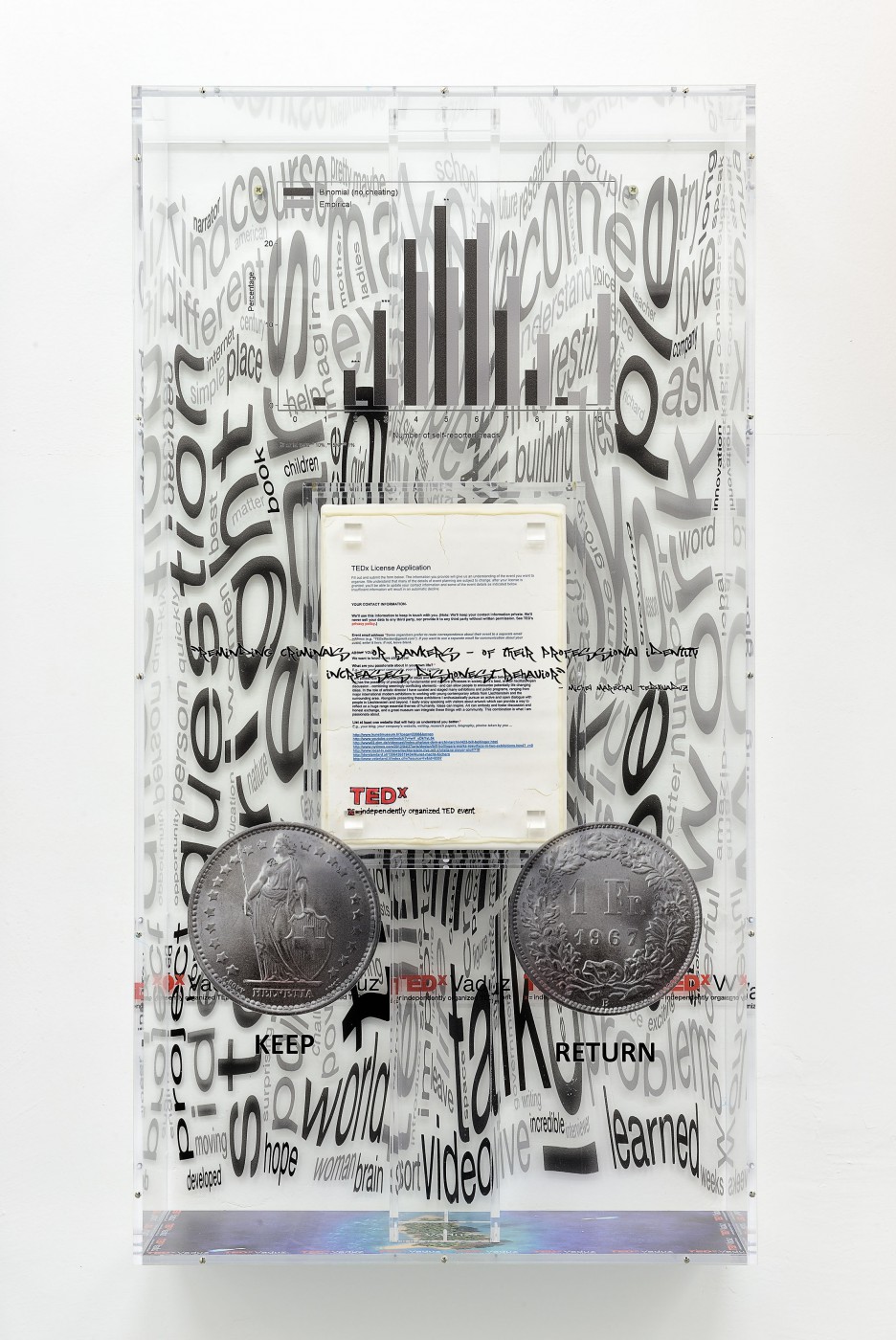 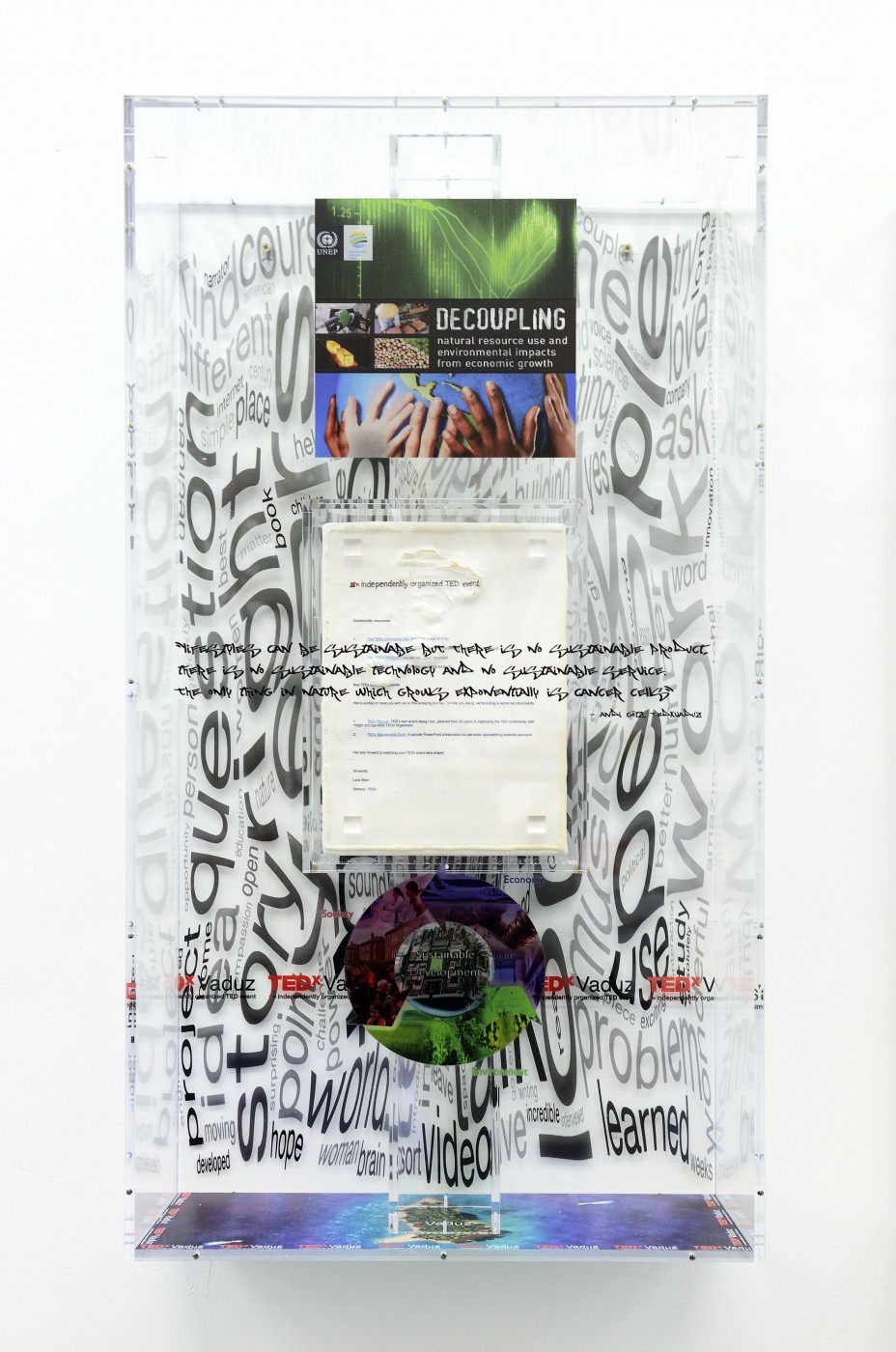 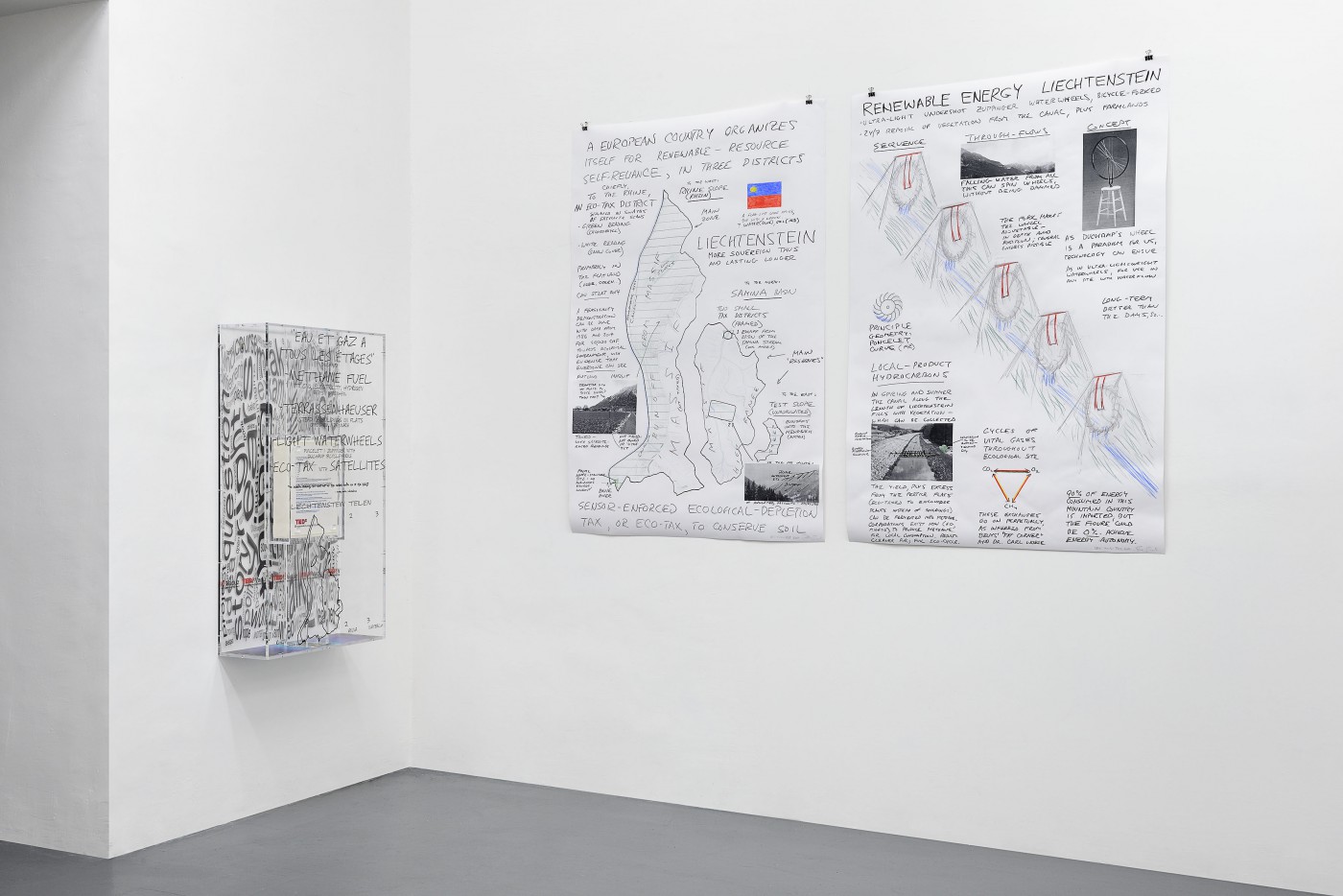 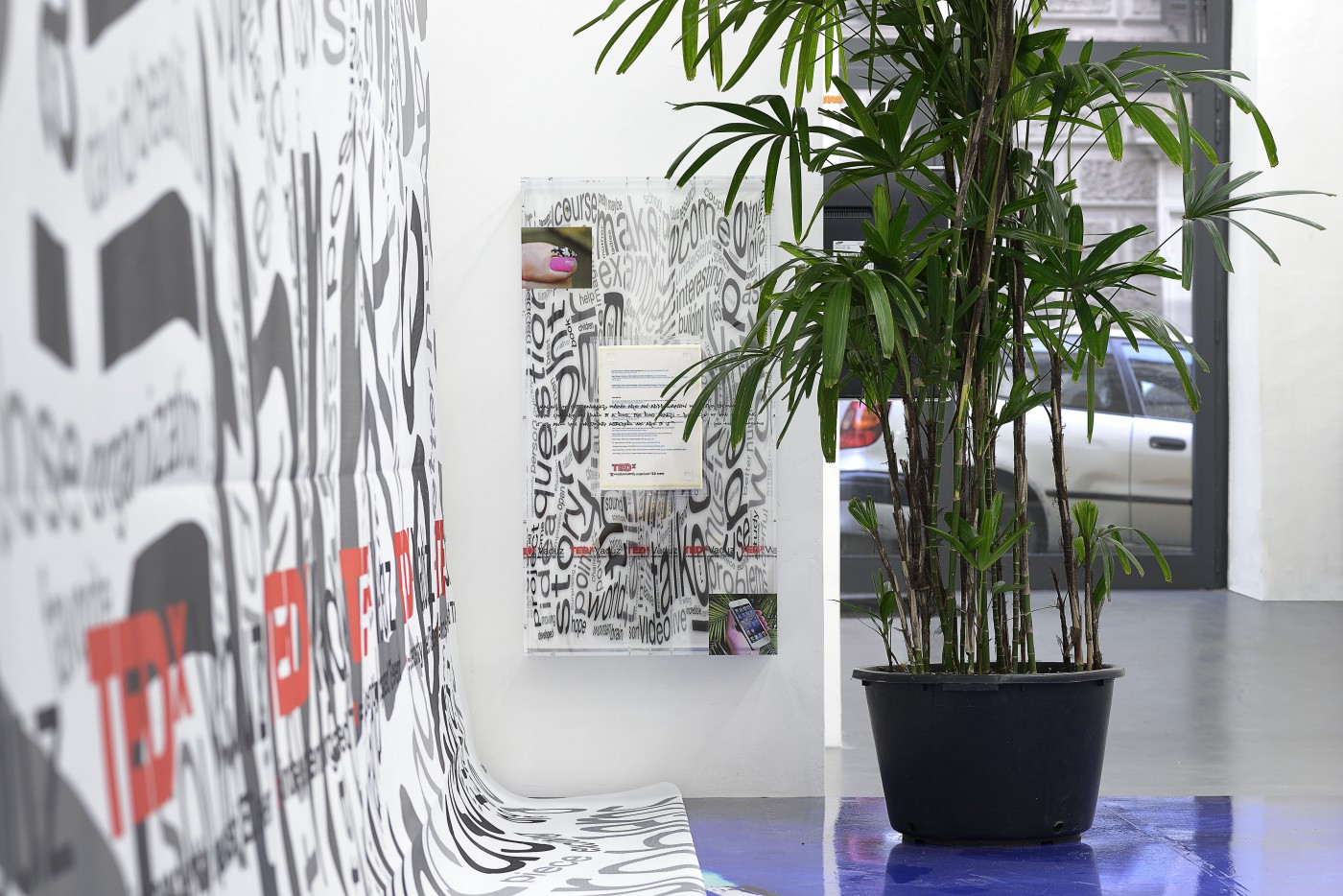 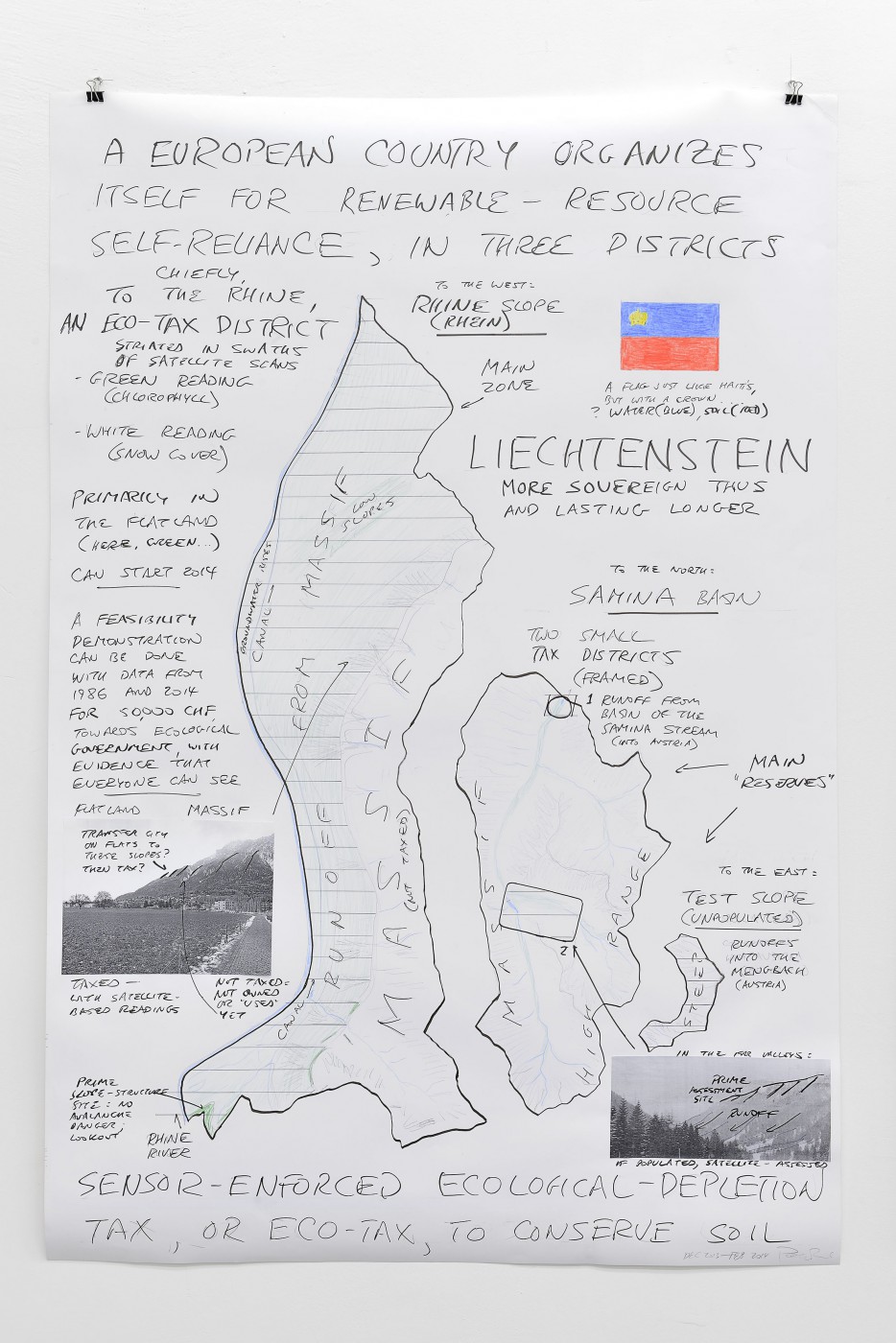 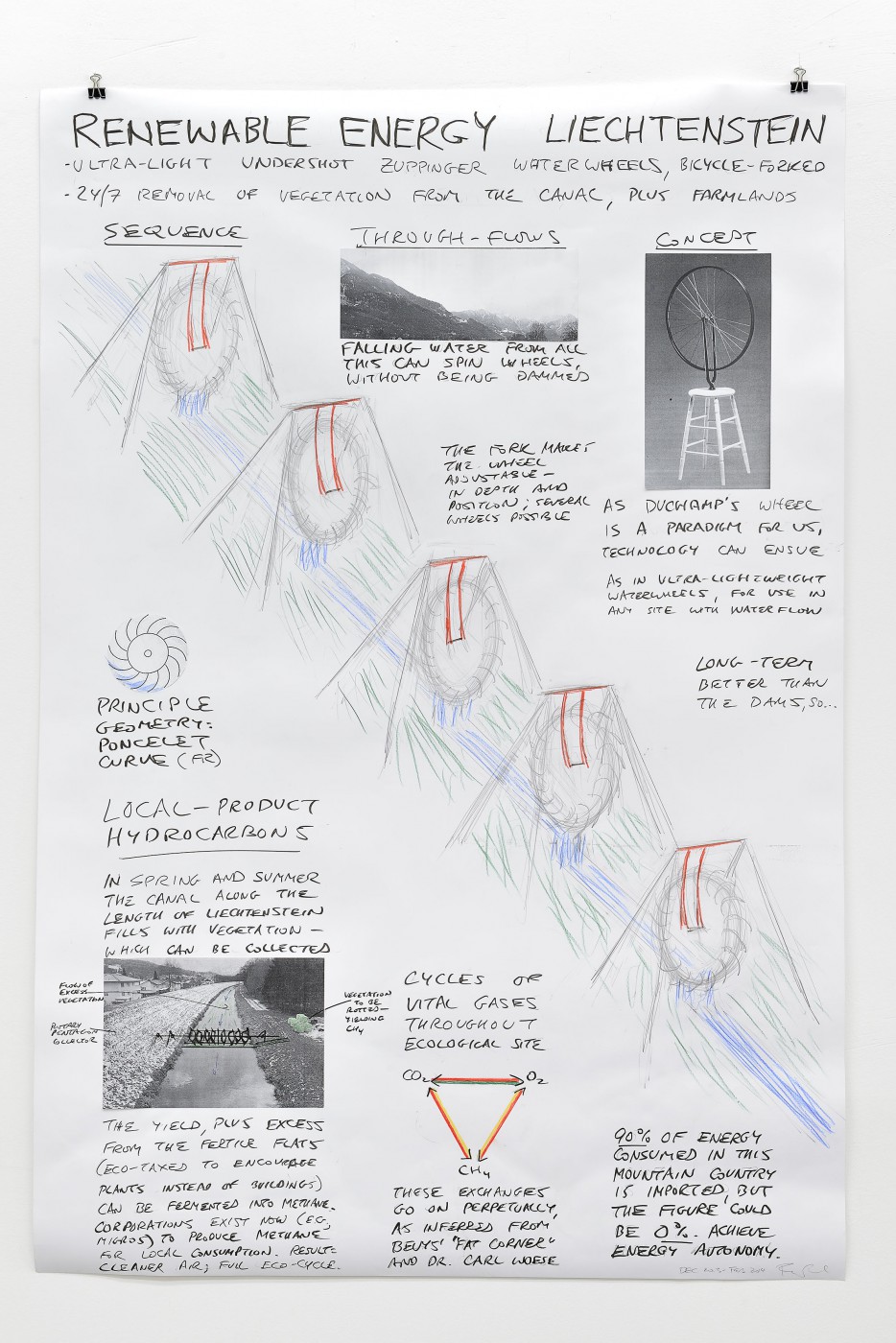 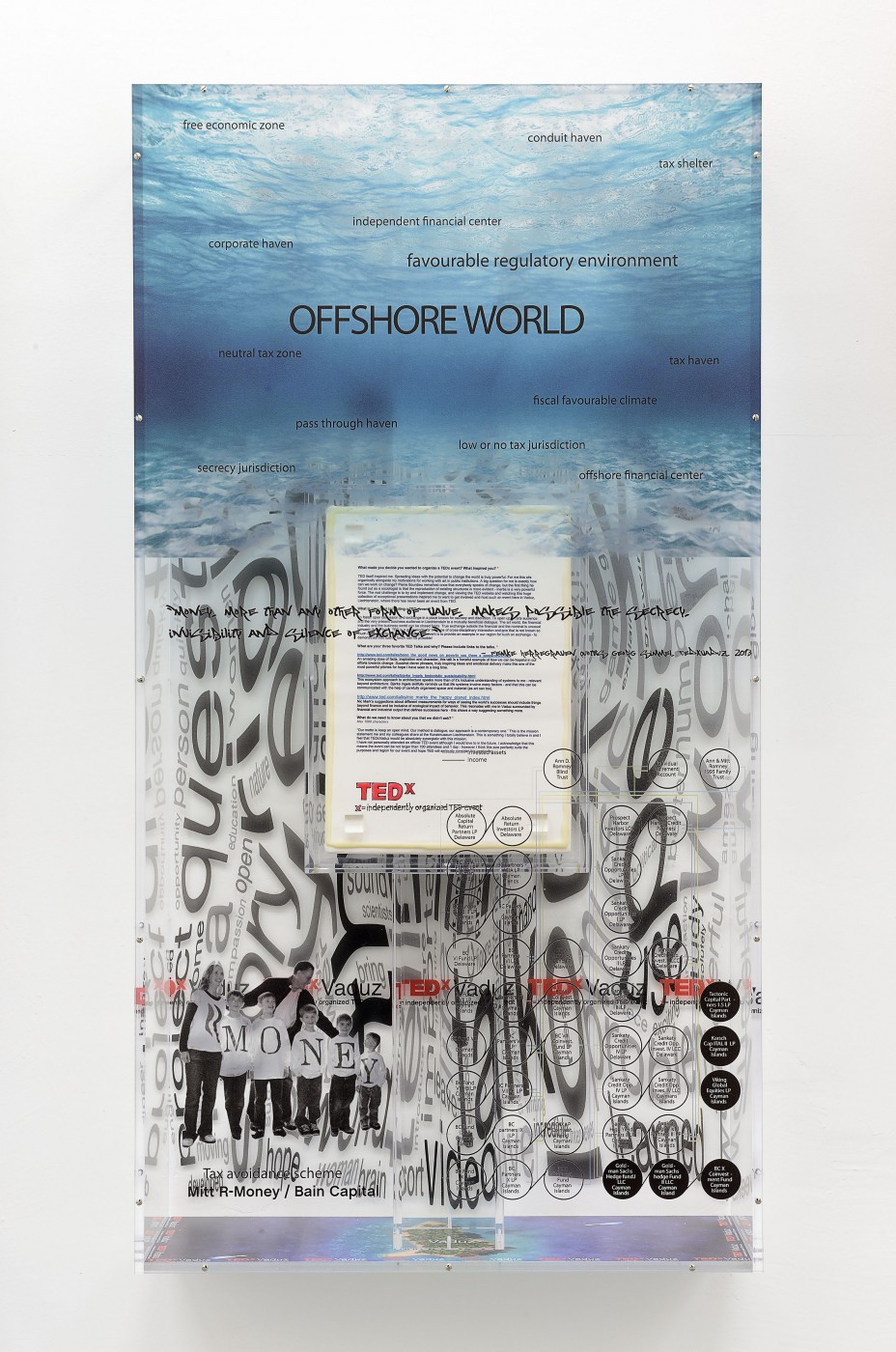 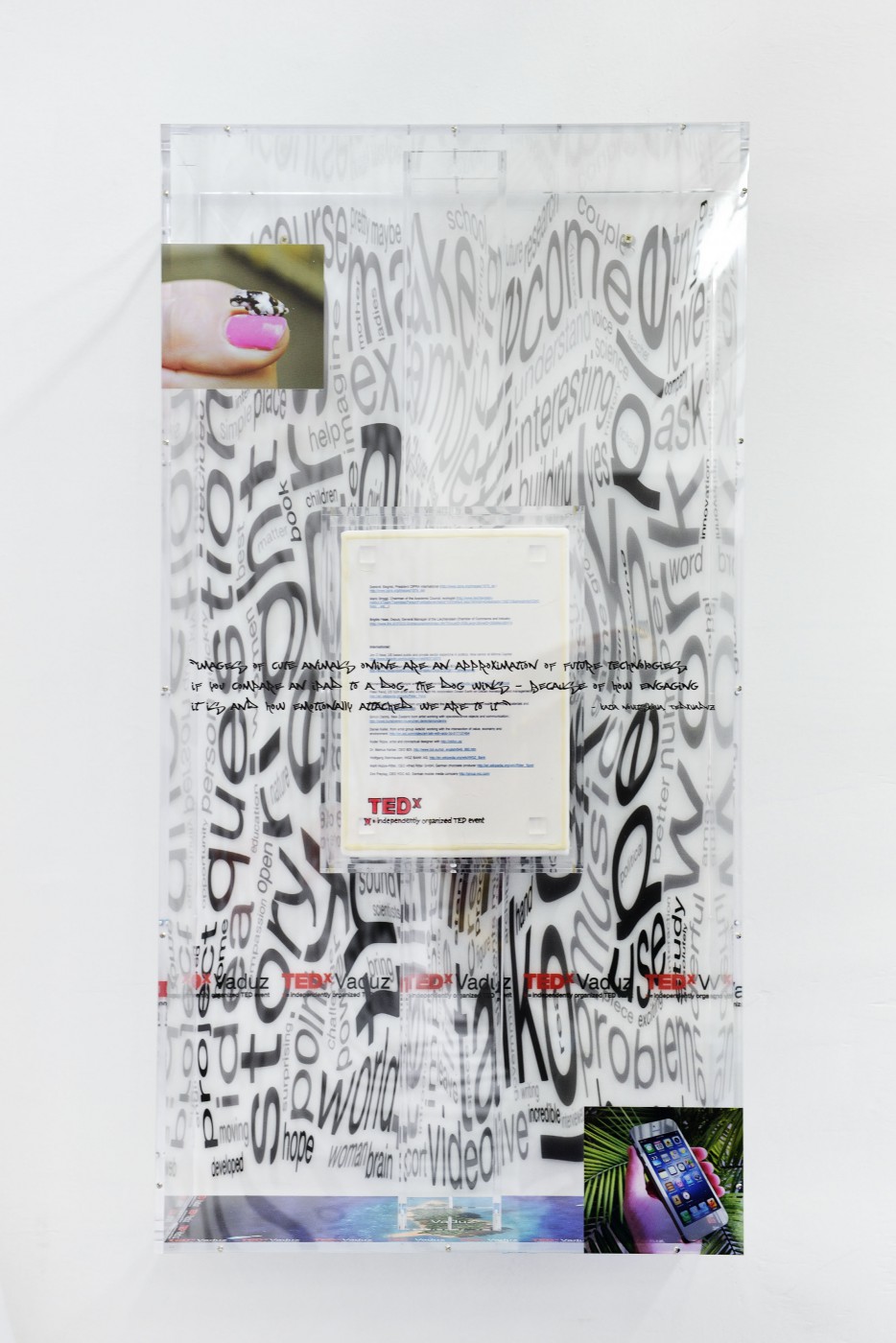 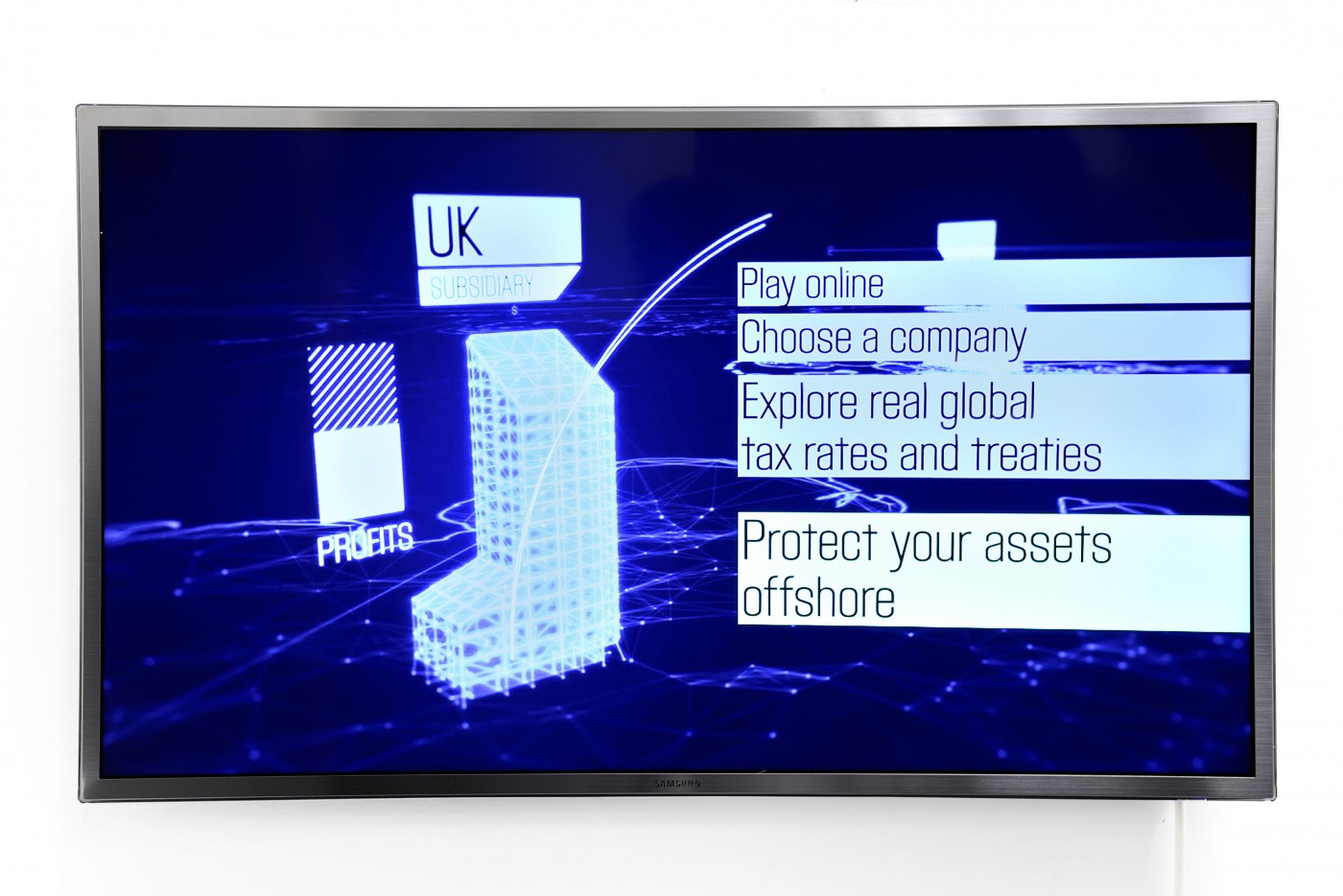 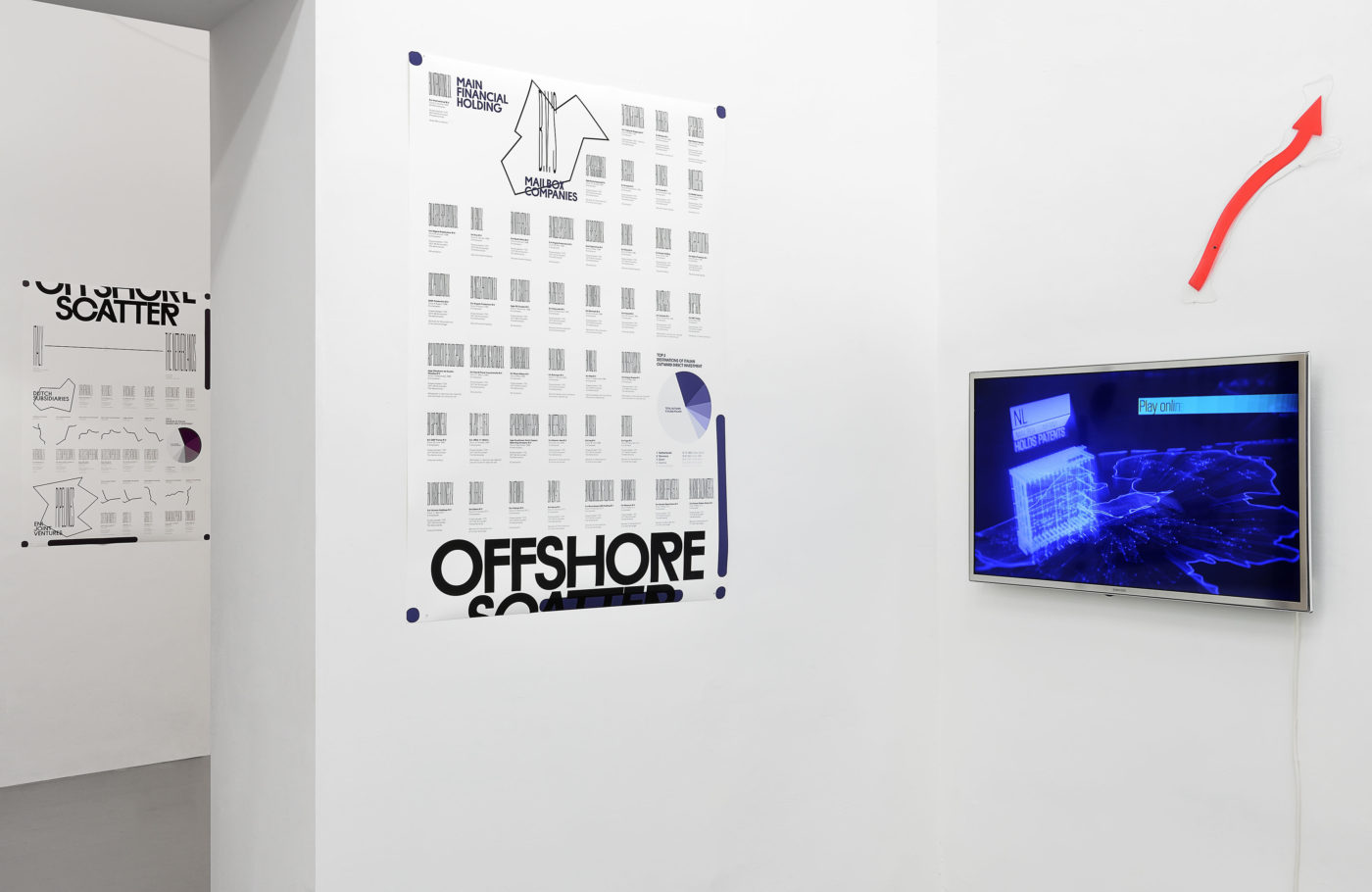 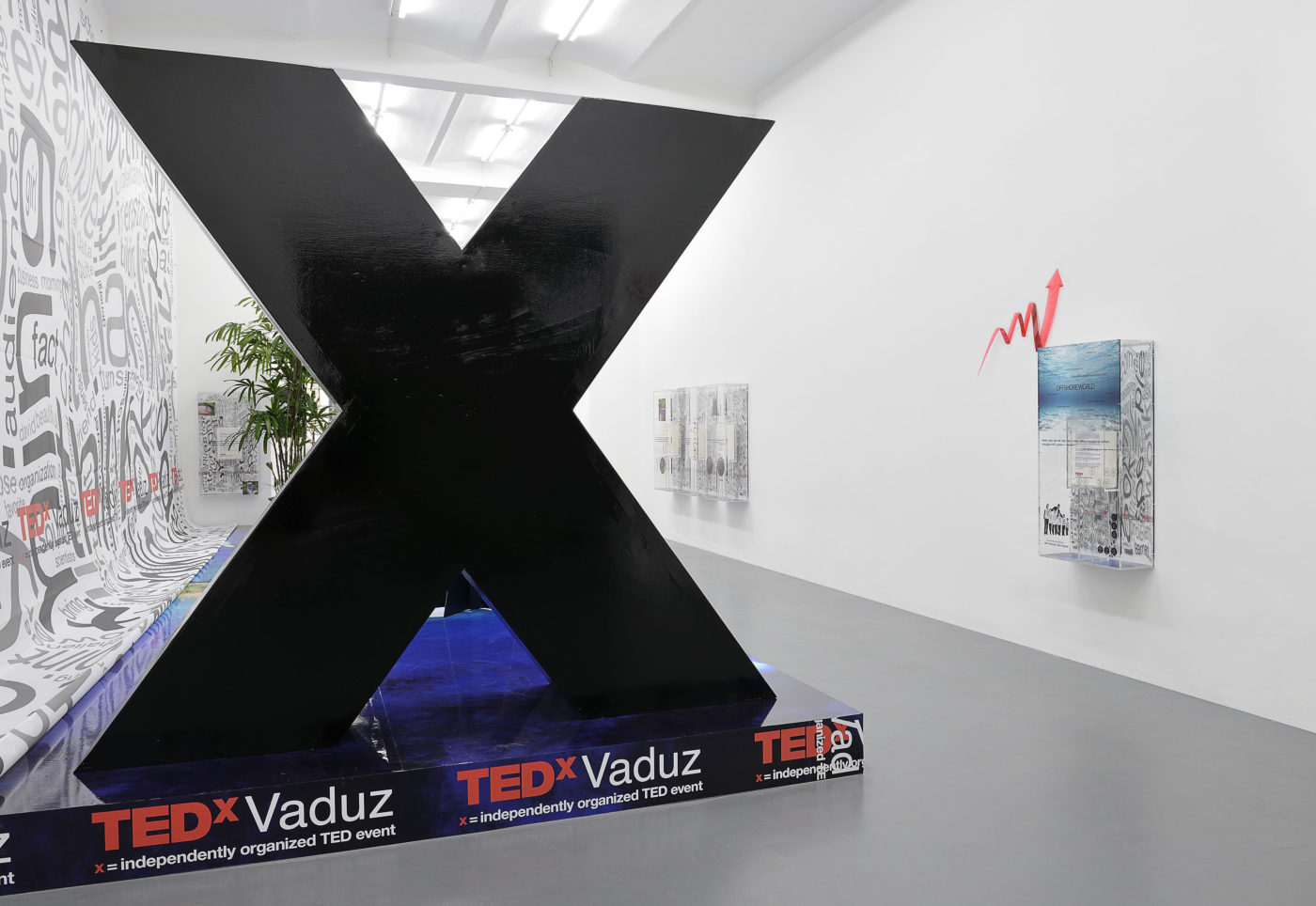 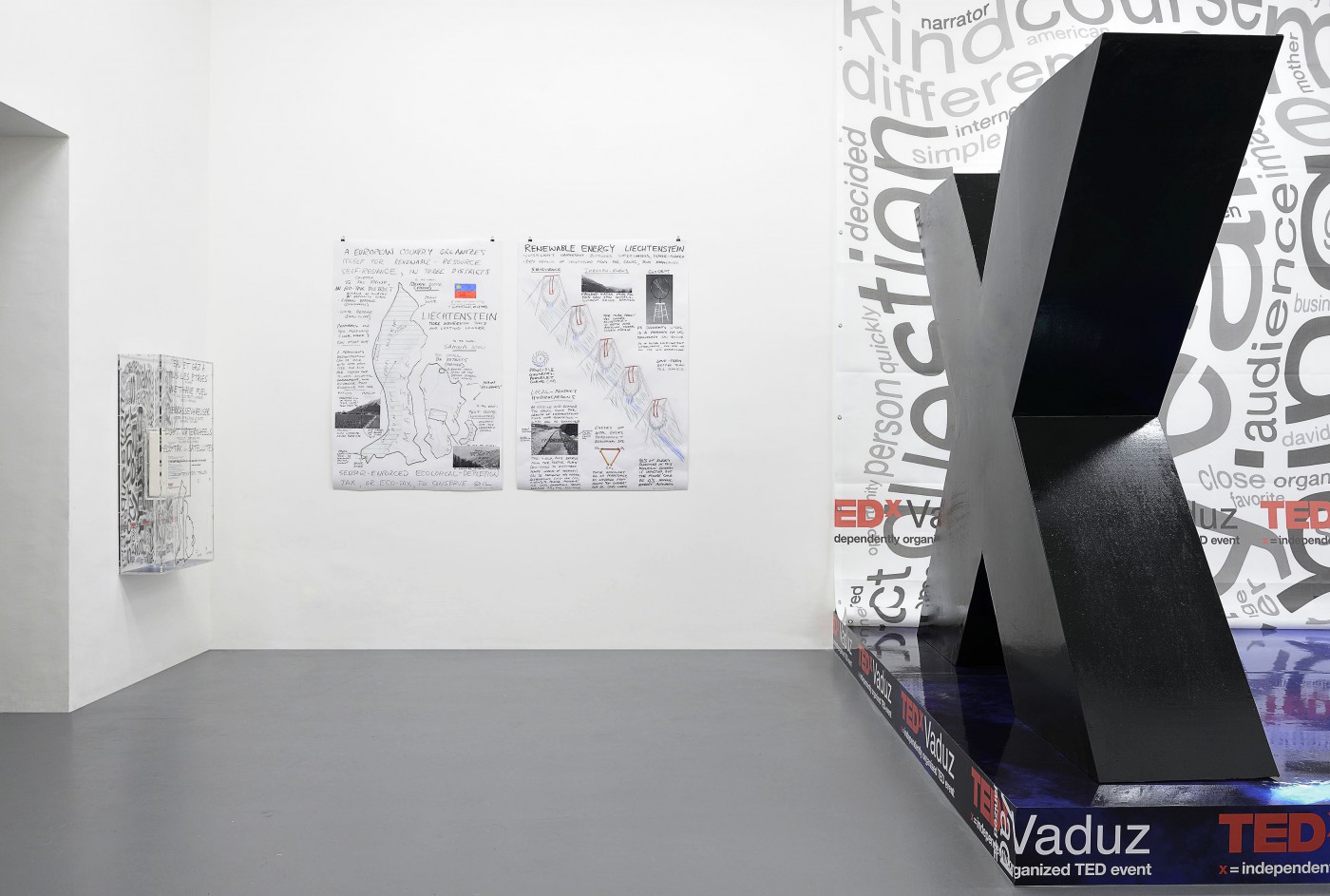 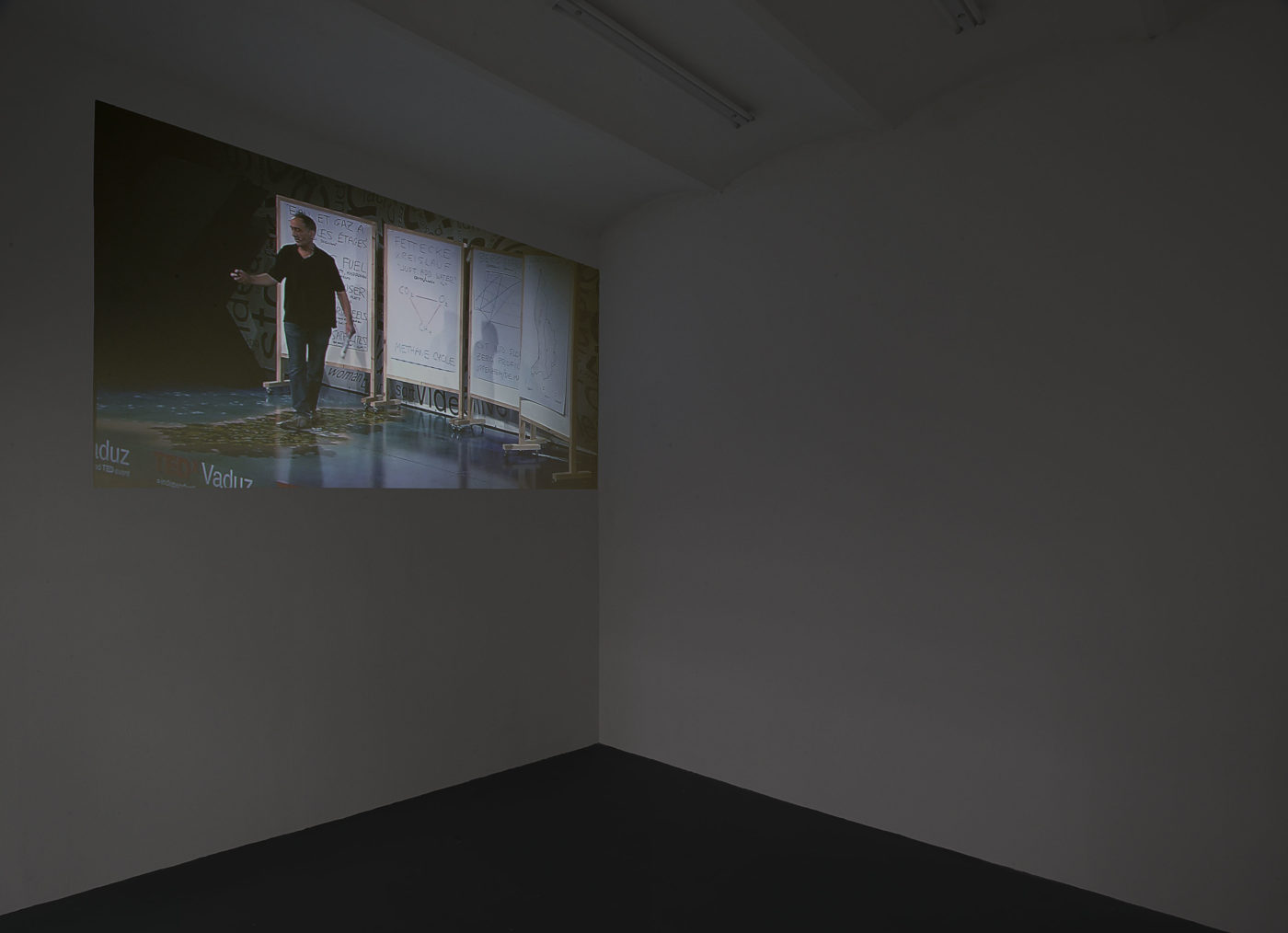 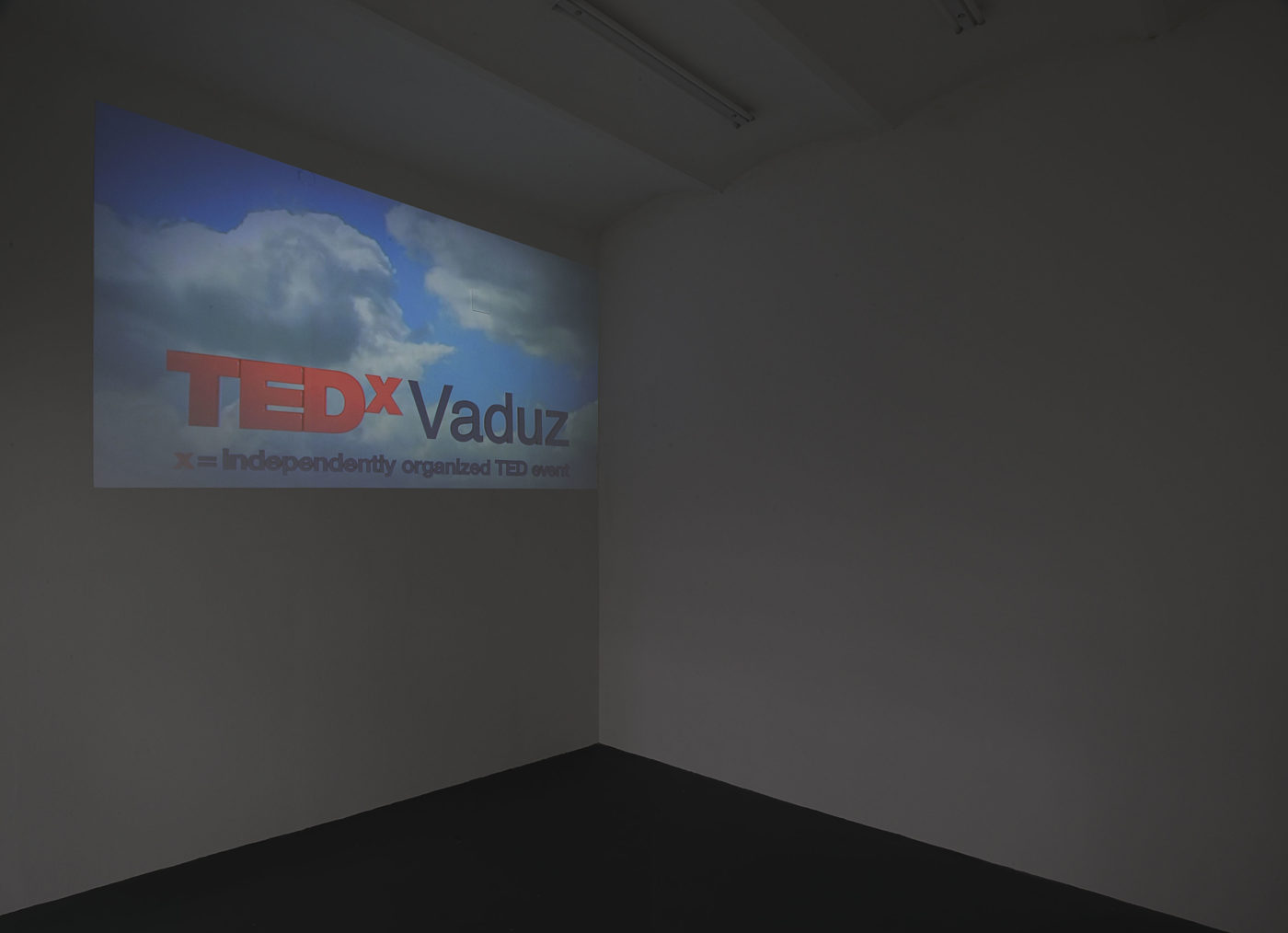 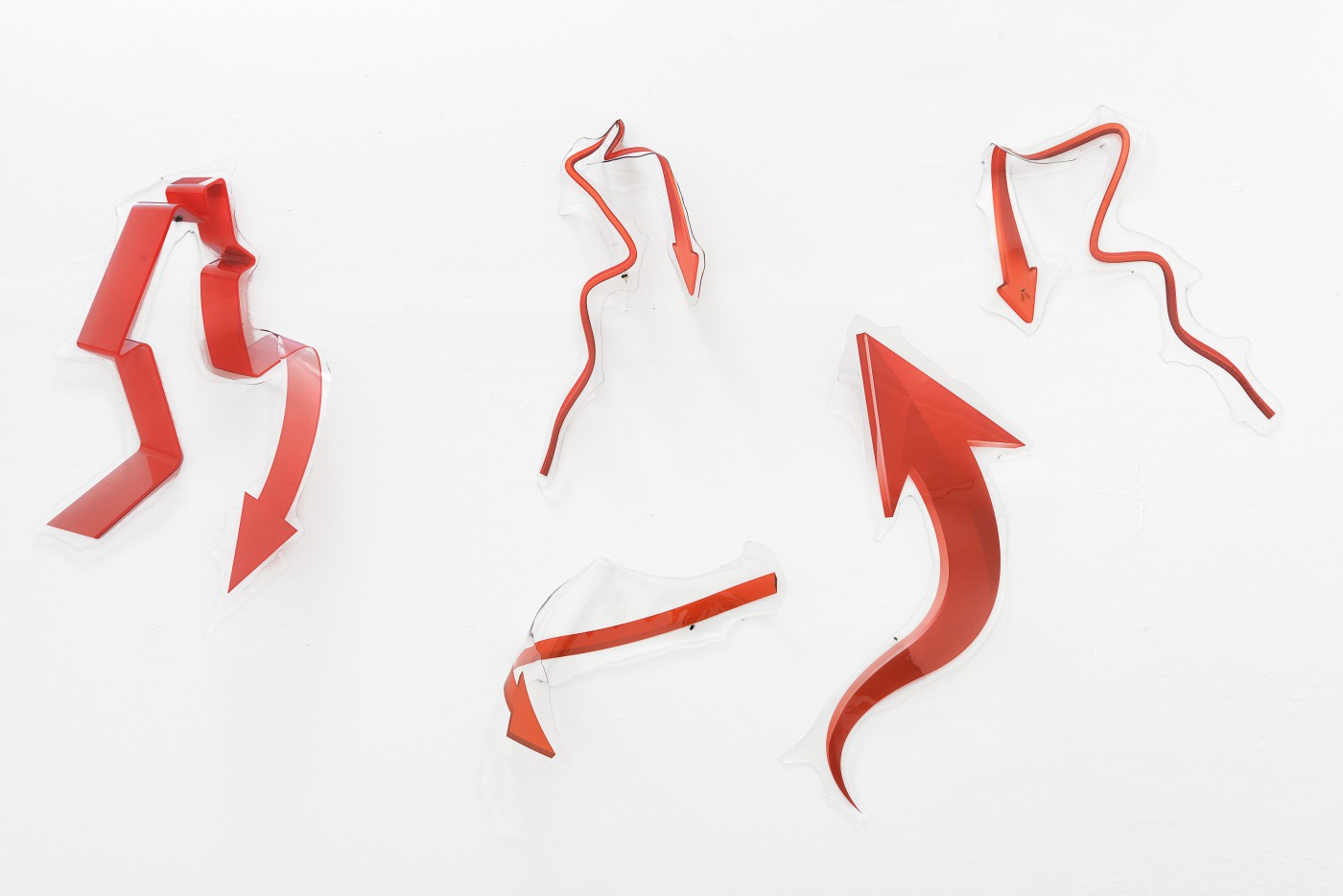 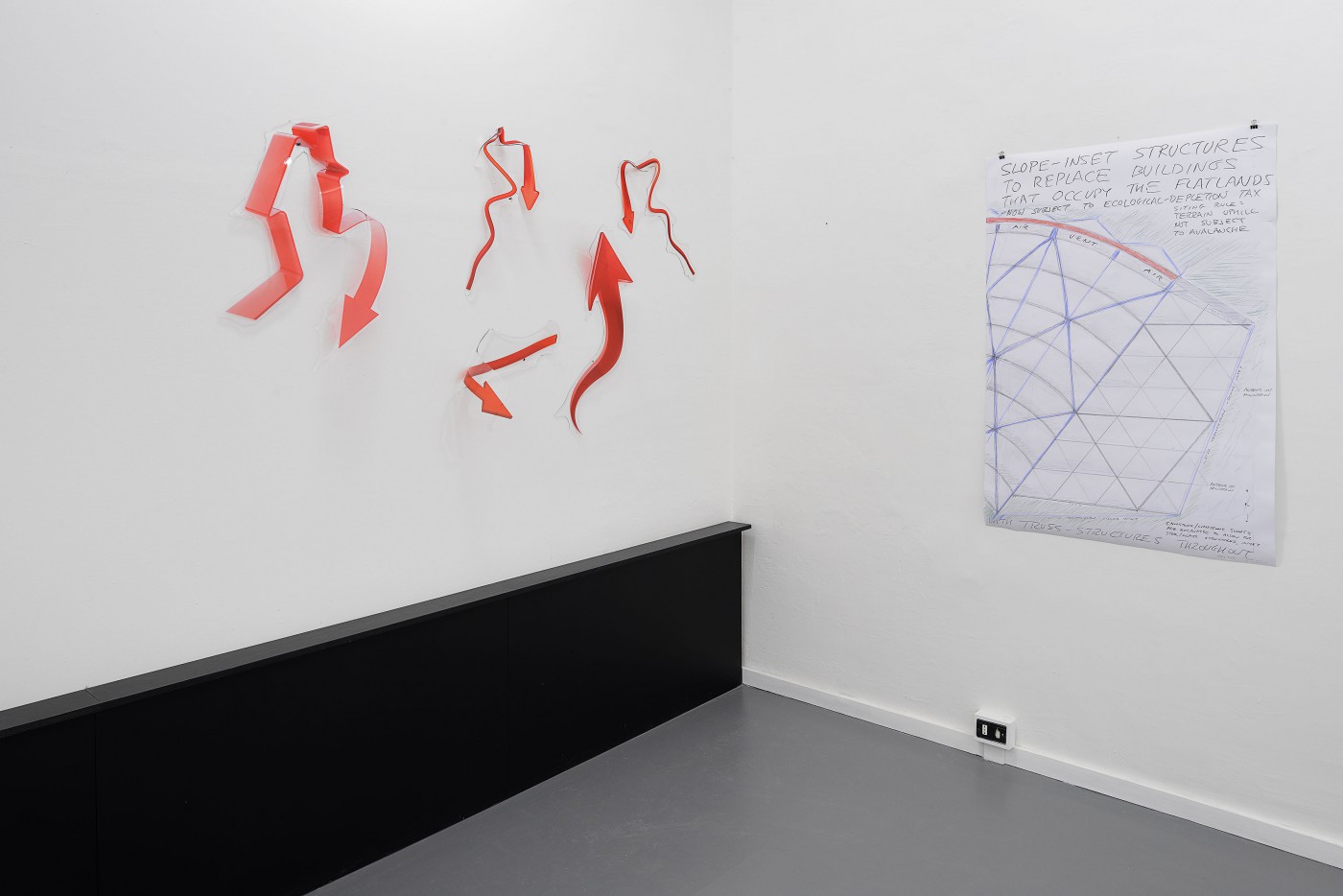 TEDxVaduz (www.tedxvaduz.com) was the first officially licensed, independently organised TED event in Liechtenstein, which happened at the Kunstmuseum Liechtenstein on 7.12.2013. It began as a collaborative project between Daniel Keller and Simon Denny as an aim to produce an event that would be in direct dialogue with TED, the strongest brand for spreading ideas on the planet and a format-defining benchmark for tech-economy communication forms like pitches and conference talks. TEDxVaduz was conceived as a vehicle for the reconsideration of some of the cultural implications of TED at a moment when strong voices from within the tech community like Balaji Srinivasan, Larry Page and Tim Draper are calling for different forms of separate societies run by Silicon Valley. For this outing TED is then nominally and geographically tied to a country that has the highest GDP per person in the world, is one of the few countries with more registered companies than citizens and has been referred to at times as a tax haven.

TED is a non profit organisation founded by California-based architect and graphic designer Richard Saul Wurman in 1984. It stands for Technology, Entertainment and Design. Wurman is also famous for coining the term information architect and has always been focused on making complex ideas clear to everyone. TED’s mission statement begins:

“We believe passionately in the power of ideas to change attitudes, lives and ultimately, the world. So we’re building a clearinghouse that offers free knowledge and inspiration from the world’s most inspired thinkers, and also a community of curious souls to engage with ideas and each other.”

Global luminaries such as Bill Gates, Eve Ensler, JJ Abrams, Julian Assange, Jeff Bezos, Bill Clinton and Sarah Silverman have been among the many speakers featured by TED. Occurring annually from 1990, by 2006 TED started offering all its talks for free online and greatly expanded its reach and brand power. In 2009 TED opened up further by licensing third parties to stage conferences modelled after TED all over the world, called “TEDx”. There have been TEDx events in over 130 countries and 1200 cities as far ranging as Bagdad, Nairobi, Sao Carlos and LA’s skid row. With its dramatically increased visibility – and more than 1billion youtube views – TED has attracted a huge amount of praise and more recently some scepticism and criticism. There are conflicting views on TED – none of which really capture its cultural complexity. Some have criticised it for being too corporate and others for having a liberal bias. Some consider that TED’s method of making complicated ideas accessible goes too far by potentially oversimplifying scientific concepts to pure rhetoric and conversely it is accused of elitism for only reflecting the biases of the technorati.

Along with Christiane Meyer-Stoll, Thomas Sorapperra and Denise Rigaud, from the Kunstmuseum Liechtenstein and Pamina Gerhardt and Alessa Rather from the Kulturkreis der Deutschen Wirtschaft im BDI e.v., Daniel Keller and Simon Denny put together a program of speakers that addressed themes relevant to Liechtensteinwhile also engaging with TED and its position in the world and media. Some of the speakers represent a group of artists and thinkers who were admired by Keller and Denny others were programmed from the museum’s side – thinkers from the fields of art, architecture, design, economics and politics that related to or worked in the country.

The exhibition at T293, will present many of the artefacts associated with TEDxVaduz including the resultant videos and slide presentations in a concentrated installation. Central to the presentation will be the stage, designed by Keller and Denny – which served as the set for the talks. This stage contains a backdrop composed of a tag cloud made from the most used words in TED talks and an HD rendering of Liechtenstein as a tropical island in a clear blue sea. Also exhibited will be objects and images by Peter Fend, Femke Herregraven, Daniel Keller, Katja Novitskova and Emily Segal that relate to the presentations of the speakers.

Condensed reconsiderations of each presentation in the form of wall mounted sculptural vitrines made by Denny will focus the exhibition on key moments in the talks. Here imagery and quotes from the presentation encase a special series of display cakes, iced with the successful application from TED – producing “TEDxVaduz atmospheres”.

The artist would like to thank all the speakers and contributors to TEDxVaduz, the event’s hosts and co-organisers at the Kunstmuseum Liechtenstein and the Kulturekreis der Deutschen Wirtschaft im BDI e.v. who’s “Ars Viva” series the event took place. He would also like to thank Daniel Keller and Emily Segal, key voices in framing and conceiving the project that led to this exhibition.