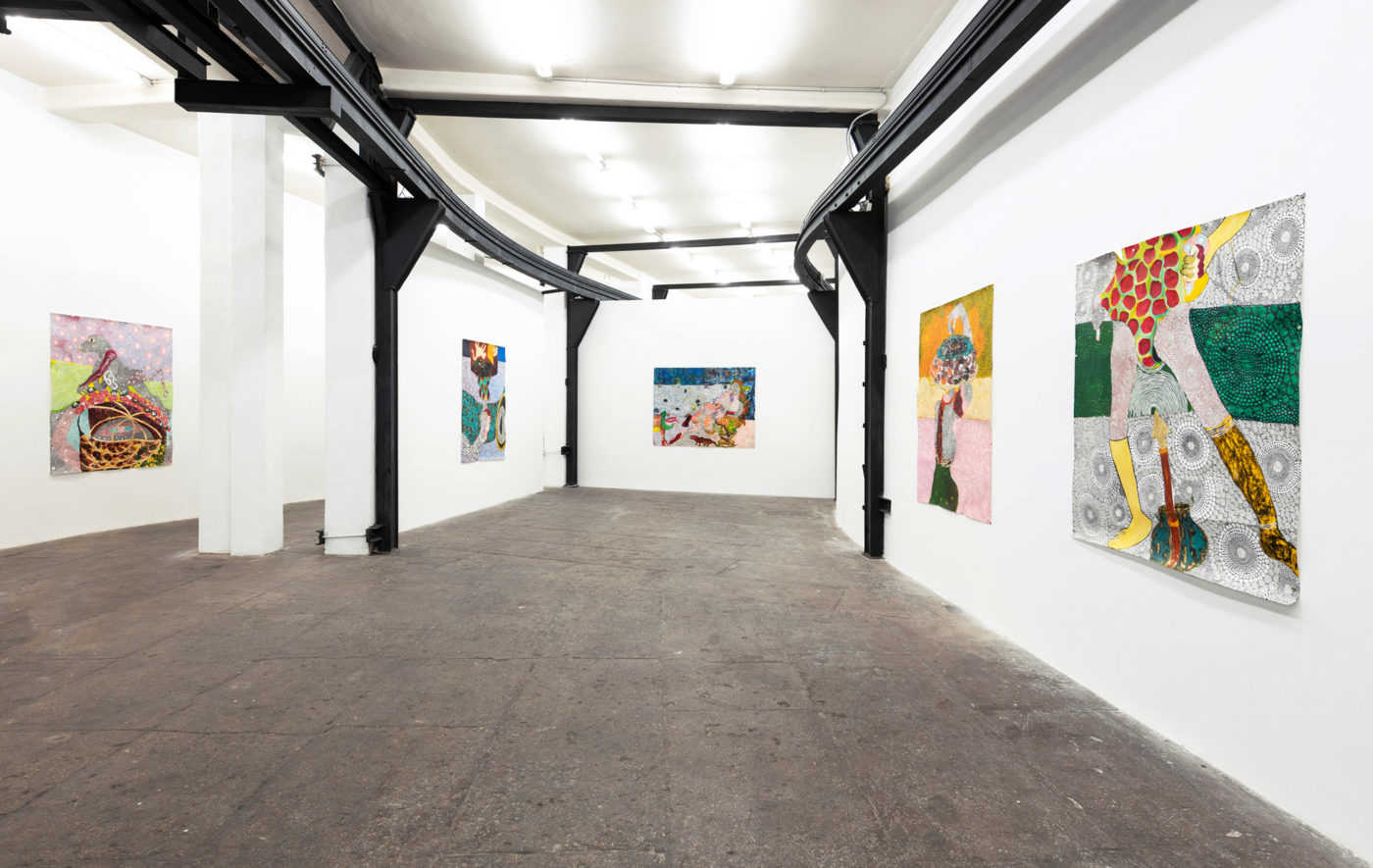 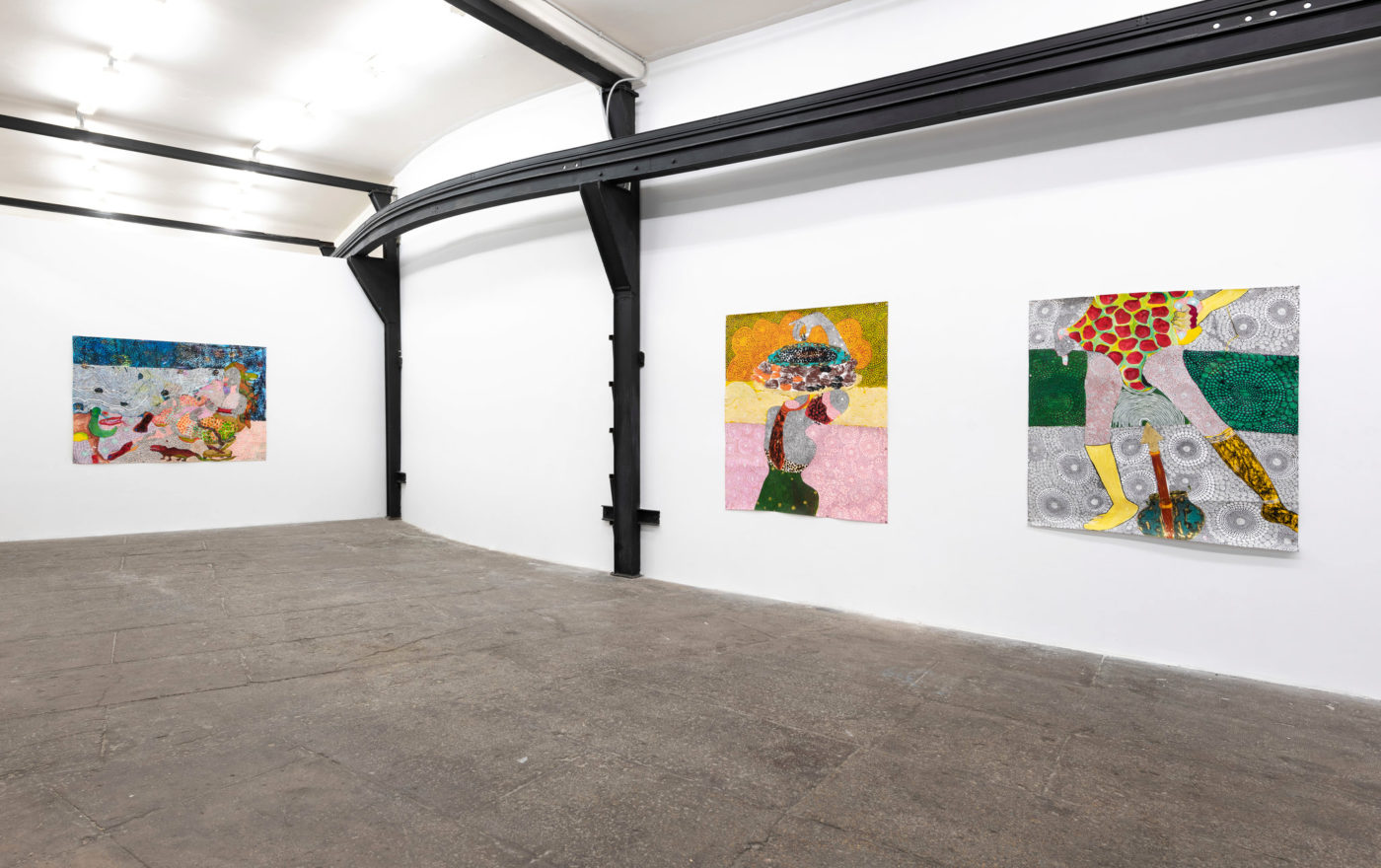 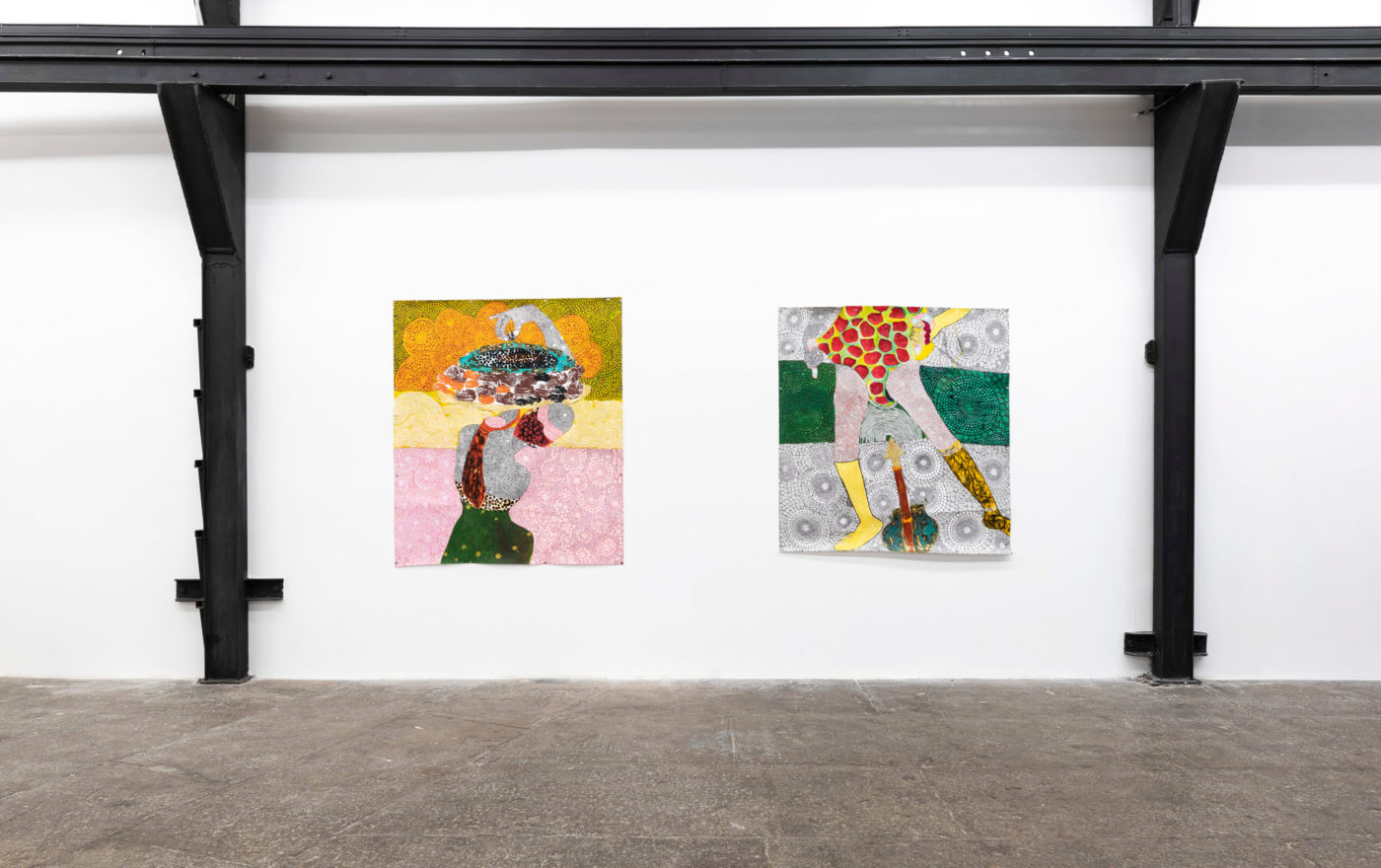 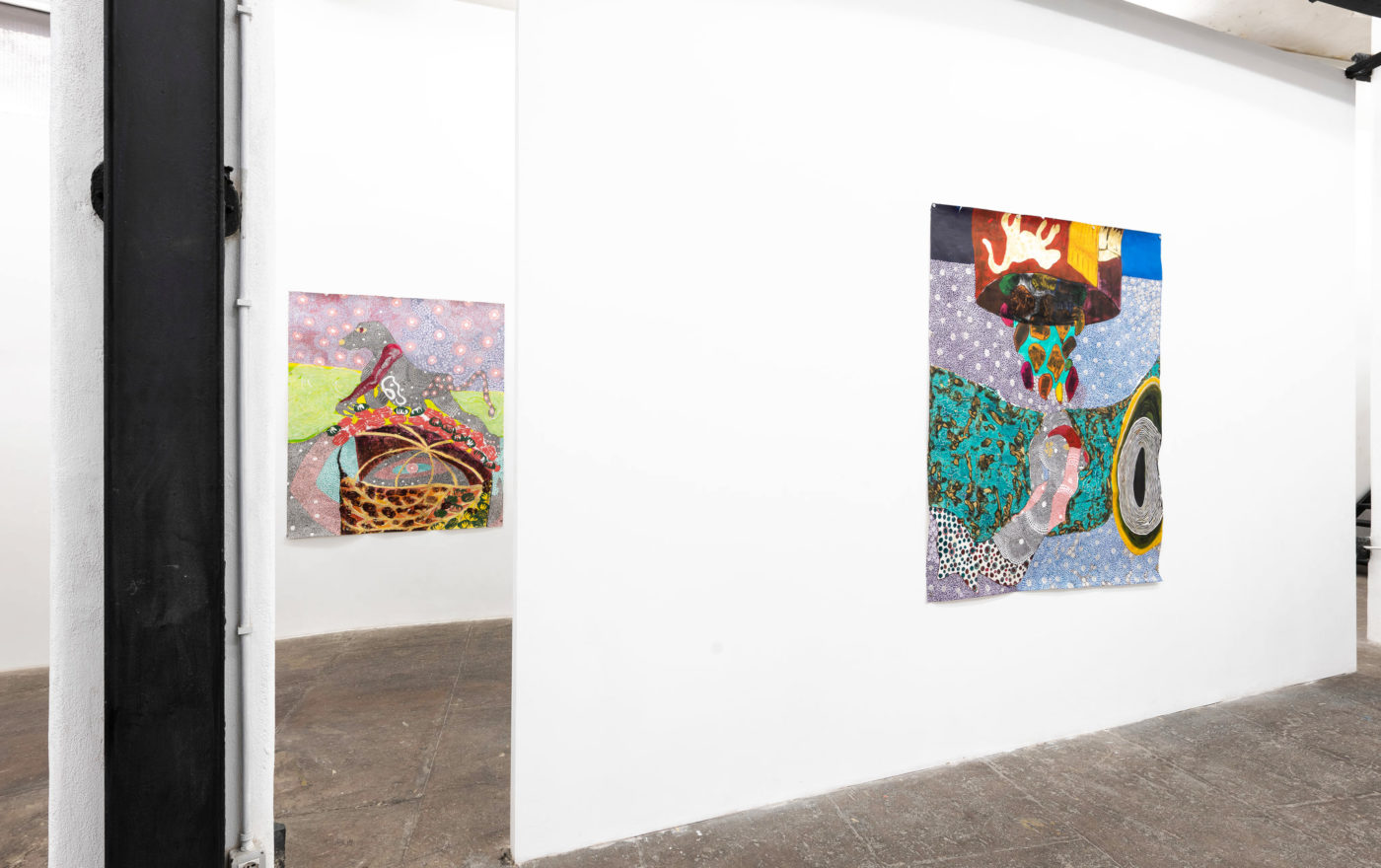 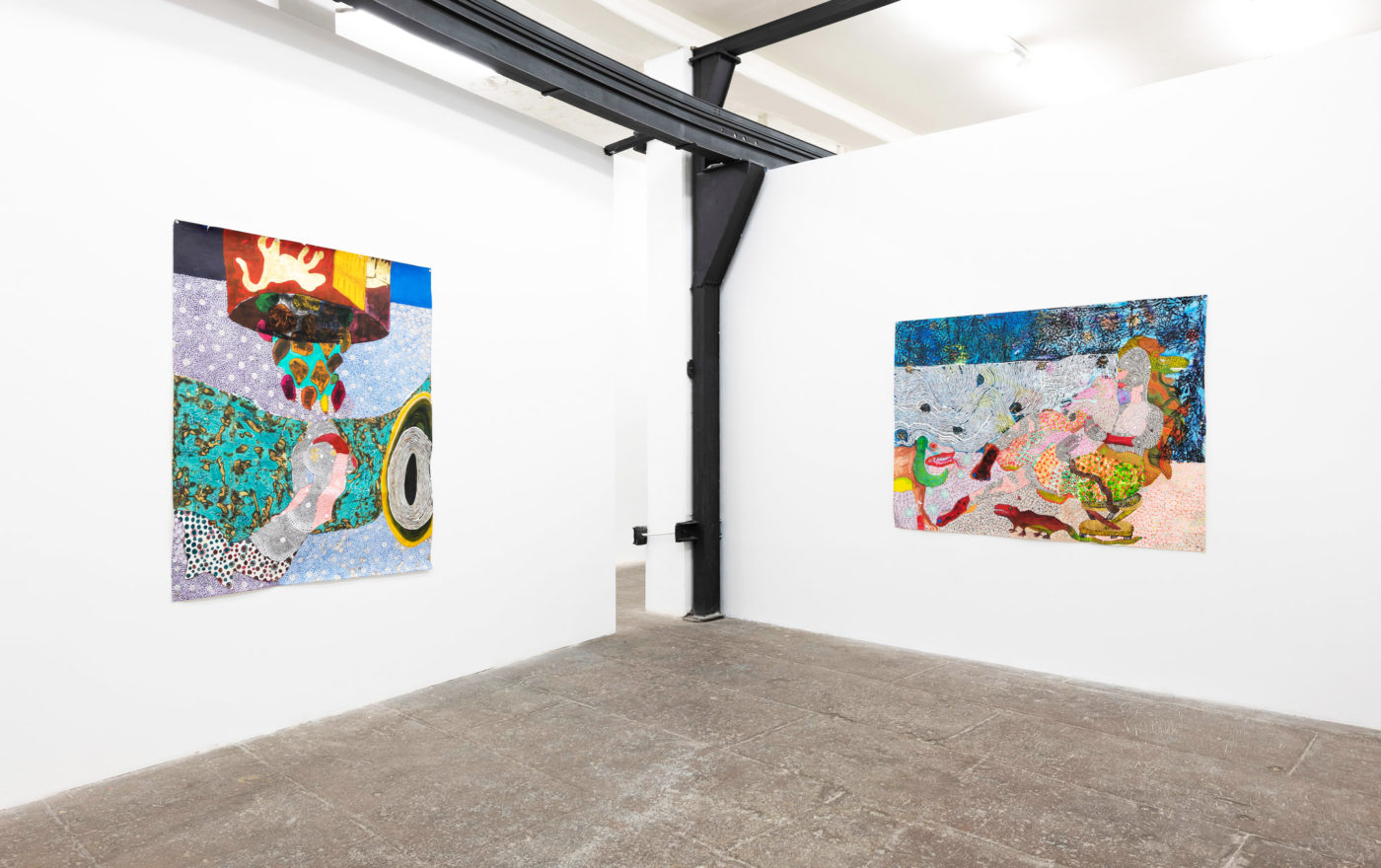 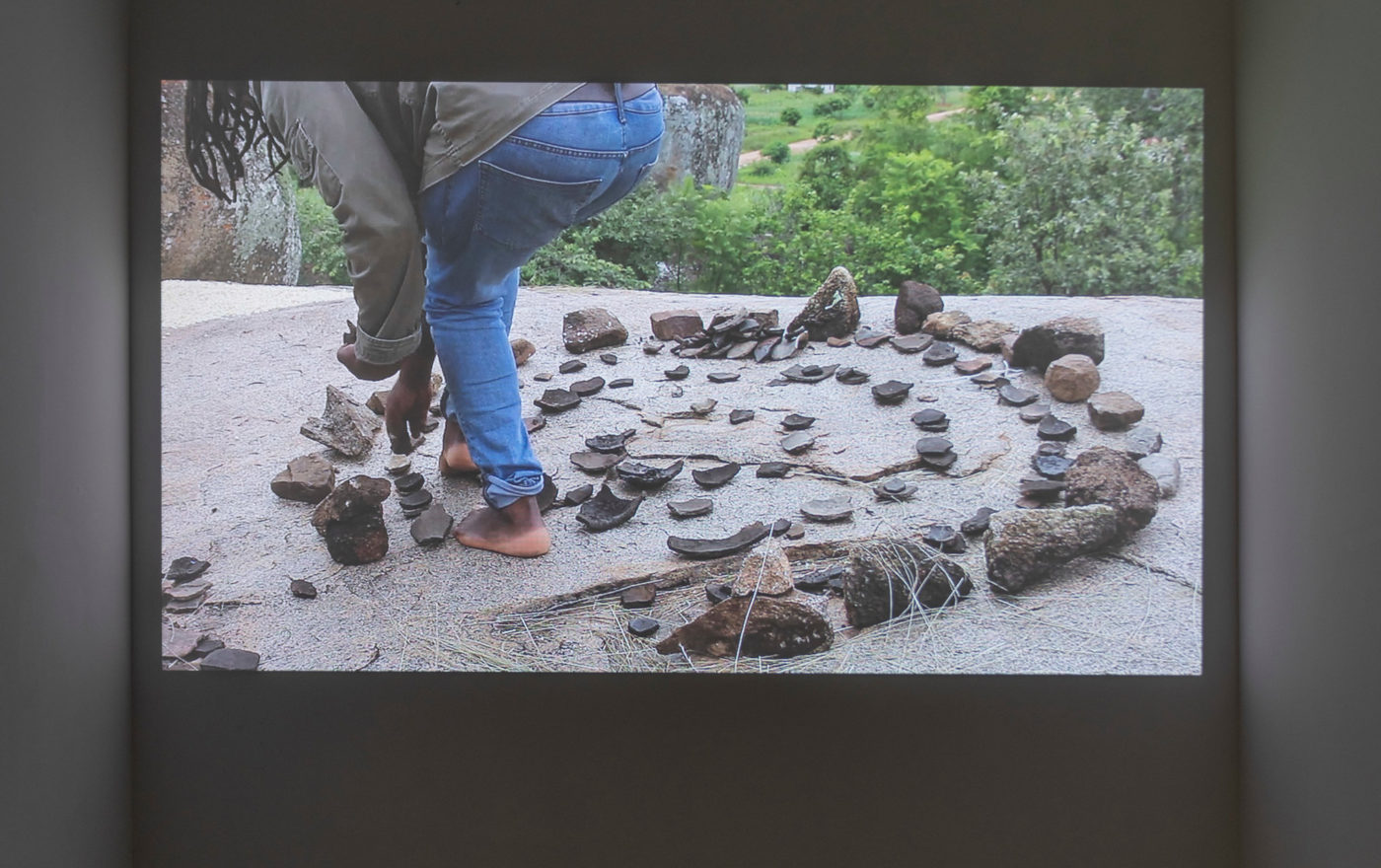 The works on display draw inspiration from the religious and spiritual tradition of Zimbabwe, the country of origin of the artist and where he still resides and works, to investigate the process, conditions and results of meditation. Through the techniques of drawing and painting, Mupita intends to lead the observer on a contemplative journey within the African cultural environment and towards the search for oneself.

The title of the exhibition ‘Kuedza Mudzimu nesengere’ is an ancient expression in Shona, the artist’s native language, which could be translated – as he explains himself – into “those who are willing to take dangerous risks”, “those who are inclined to make efforts, generally considered wasted due to the almost certainly negative outcome they will have ”. Mupita identifies and embodies this figure in each of his works and faces, with intense contemplation, the macro and micro environment that surrounds him.

During long walks in his countryside, the artist observes the landscapes, villages, fabrics and animals that populate these immense environments and translates them into colorful motifs, composed on the basis of infinite small circles. “Each particle”, explains Mupita, “contains an entire universe and, reducing the elements in its smallest fragments, I invite the public, through a more intimate and closer observation, to enter with me on an exploratory journey, which would have my work as a starting point to then reach a more intimate inner level”.

The meditative act produces an almost hypnotic painting, which seeks new possibilities for the representation of reality through the repetition of the circle motif. Only an attentive observation of the paintings allows us to distinguish – in the compositional multitude – natural elements and hybrid creatures, which visually translate the ideal conception of Mupita according to which no hierarchy between living beings is allowed, since men, animals and organic matter occupy same egalitarian plans of importance.

The large drawings and the video on display represents Tendai Mupita’s effort to convey to the public the almost mystical experience that goes through him during the creative act. In this way, Mupita offers the viewer a sincere and real experience for them to develop a closer relationship with the tradition of his land and the symbolism of his rich culture. 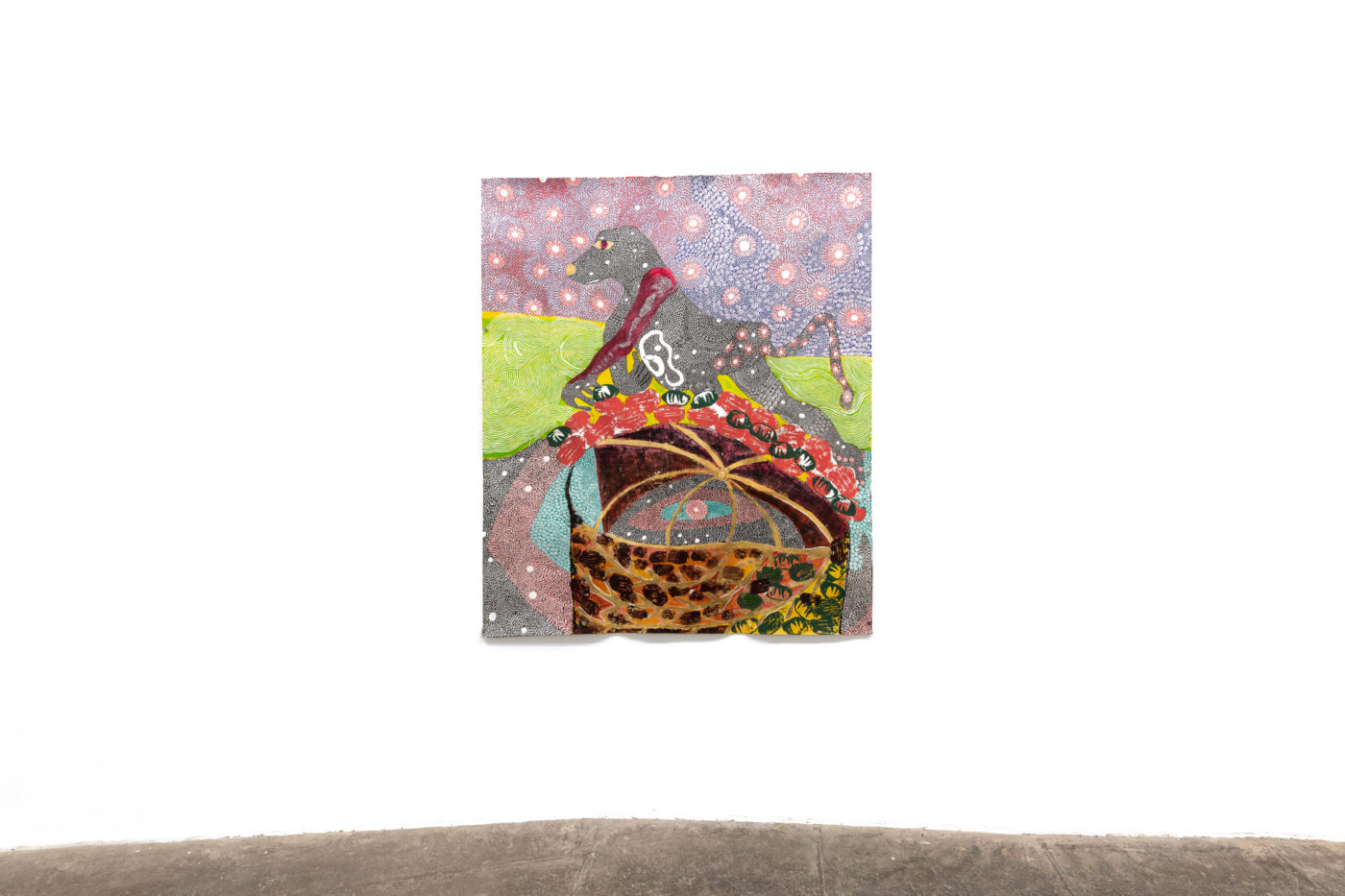 Tendai Mupita is a visual sarungano; a storyteller that conveys imagination, feeling and mytical sensations through colorful, bright compositions.
Drinking from the long tradition of African orature, his images are dramatic, vivid and fluid, like the texture of dreams. As visions or reflections on trickling water, Mupita’s works give shape to imaginative, hybrid beings and quasi-geometric forms through an unique combination of color, light and line – or the absence of it –, which exist somewhere between abstraction and figurativism. Neither mosaic, nor pointillist, his compositions explore the circularity of dots and mandalas as homage to Shona culture, especially its vernacular architecture.
From Shona oral art, his works invoke non-human figures, which are portrayed traditionally as trickster heroes: anthropomorphized animals with magical powers who embody opposite truths or behaviors, often used to create comprehension of the unknown or to teach people how to deal with contradictions in life.