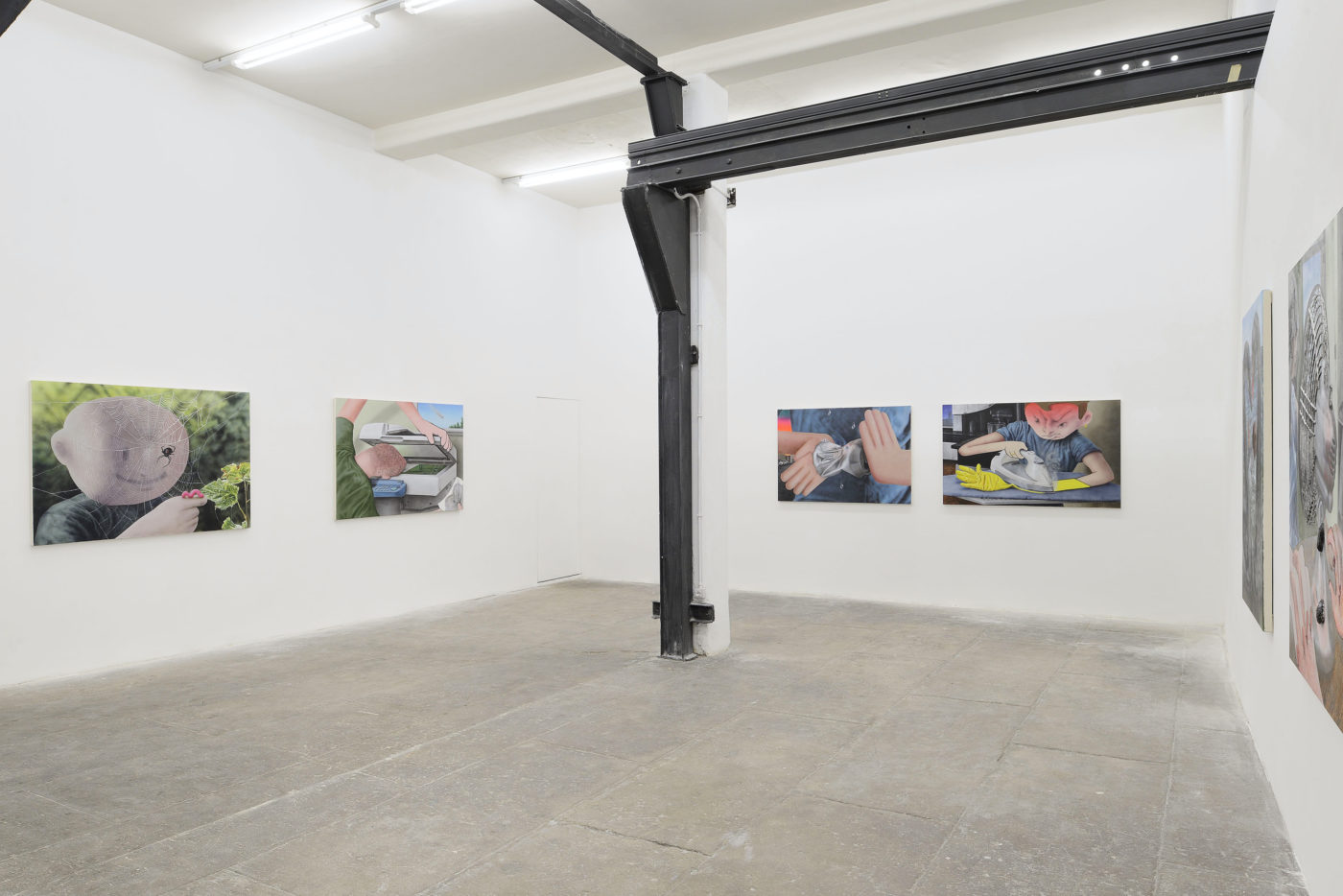 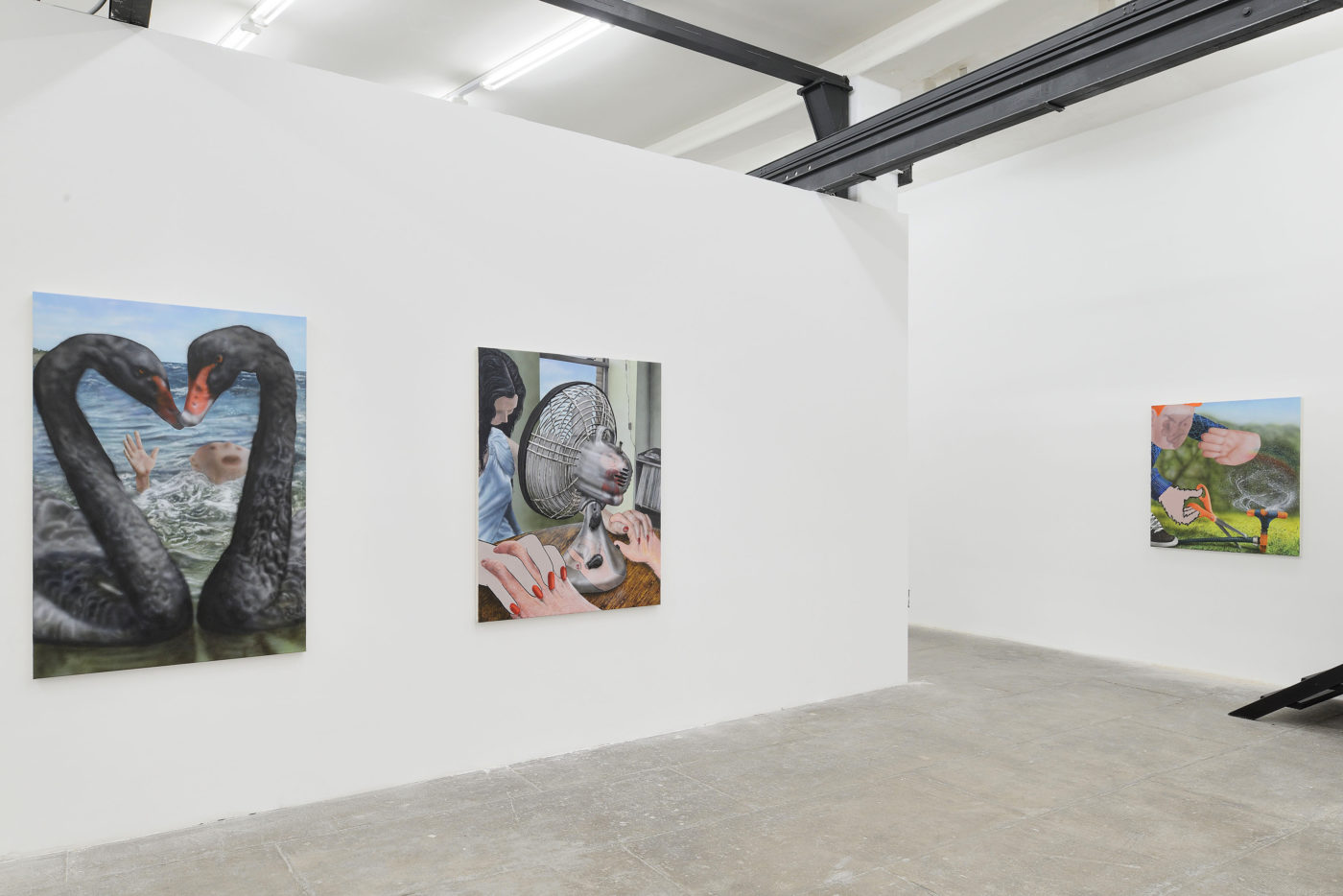 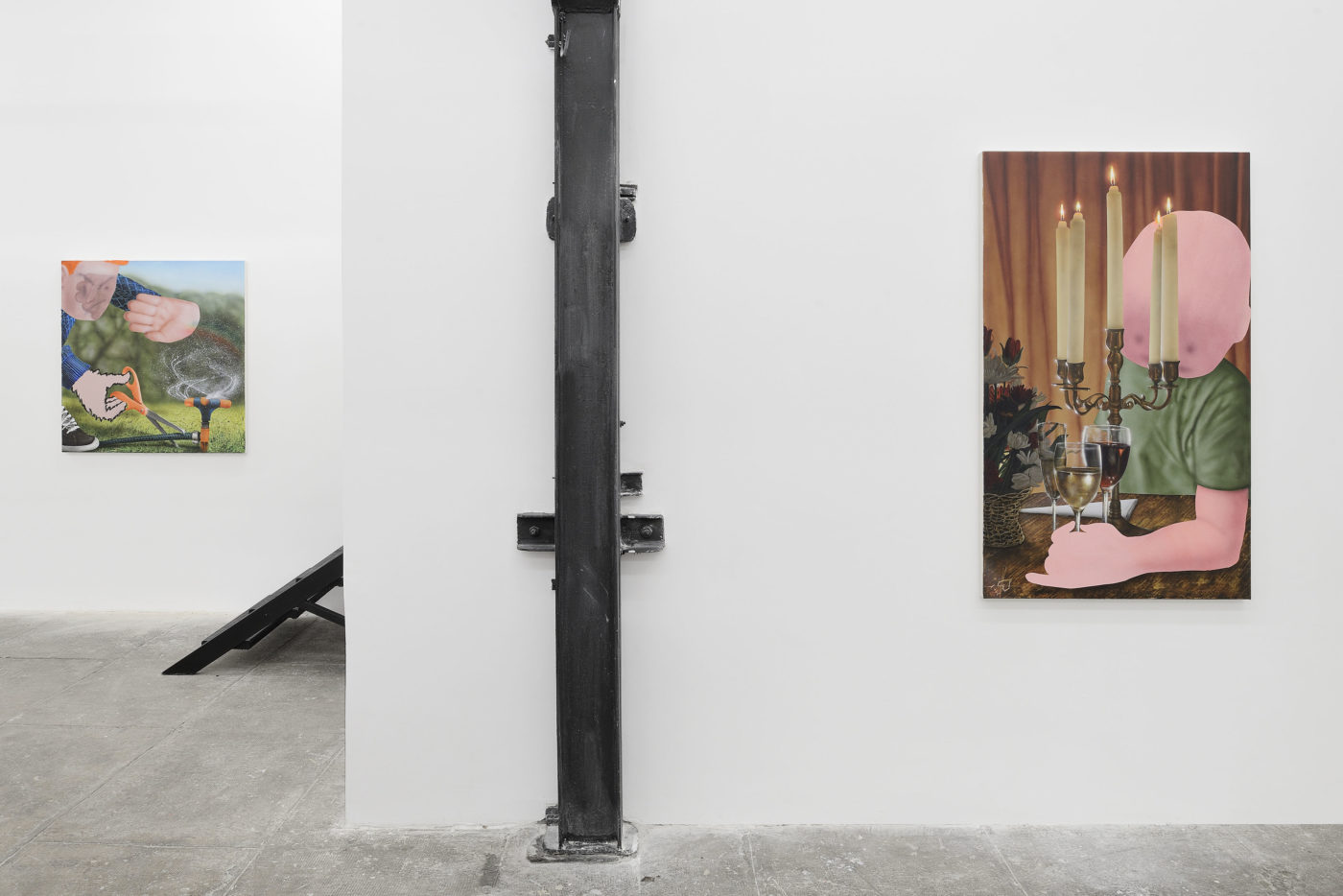 Auto-fiction is a literary artifice in which fictional characters that represent the actual author of a work of fiction appears, either overtly or in disguise, as an idealized figure within that narrative. The practice, usually read from a psychological perspective, is also hugely applied in visual arts, where artists include themselves in their narratives, as happens in figurative self-portraits until abstract interpretations of oneself.

Downhill from Here, the first solo exhibition in Europe of the New-York based artist Trey Abdella, presents at T293 a new series of paintings where the most ordinary situations as cooking, ironing and gardening are portrayed from an overwhelming and personal point of view, a narrative which finds its strength on the banality of life itself.

The artist, drawing inspiration from 90’s classic movies as ‘Who Framed Roger Rabbit?’ and ‘Cool World’ creates a universe in which cartoons co-exist with real life figures. As well as the visual conception of the late American Surrealists, as the Chicago Imagists, which distanced themselves from the artistic vanguard to create a whole new imagery of their own, Abdella sources surrealism, comics aesthetics and personal experiences to then illustrate mental states, unconventional ideas and mostly, elaborated fictional worlds.

Establishing a peculiar combination between both worlds, the paintings emphasizes the overwhelming sense of mortality of our lives while depicting extra-friendly situations. The artist is mostly inspired by his own life-misadventures, looking at them from a personal perspective, inserting as a witness the depiction of his own hands, present in many works.

Abdella immerses himself on our contemporary culture, with its enormous imagery production and assembles references as wide as Baroque realism, passing through classic cartoon languages, until our digital culture. The acrylic paint is the base for all his paintings, but in some cases the artist inserts actual material elements, such as glue, glass and glitter, transforming the canvas into an almost tridimensional piece. Merging different painting languages and experimenting with materials and techniques, he creates a new visual speech which reflects of what today’s youth are experiencing: a massive visual and information attack, mostly through the omnipresent social media.

Abdella’s paintings are a never-ending discourse, a universe of references which evokes through the painting our contemporary surreality, in which the limits between real life and fiction are as close of disappearing than ever.