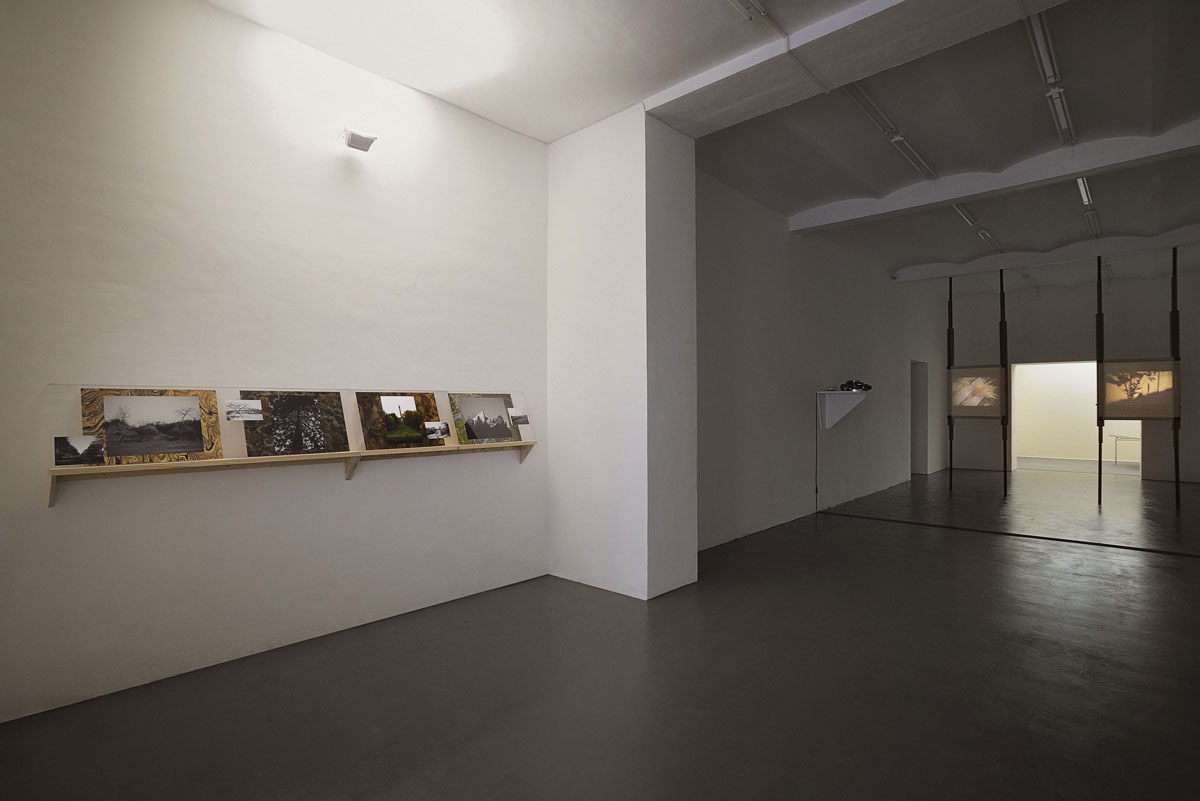 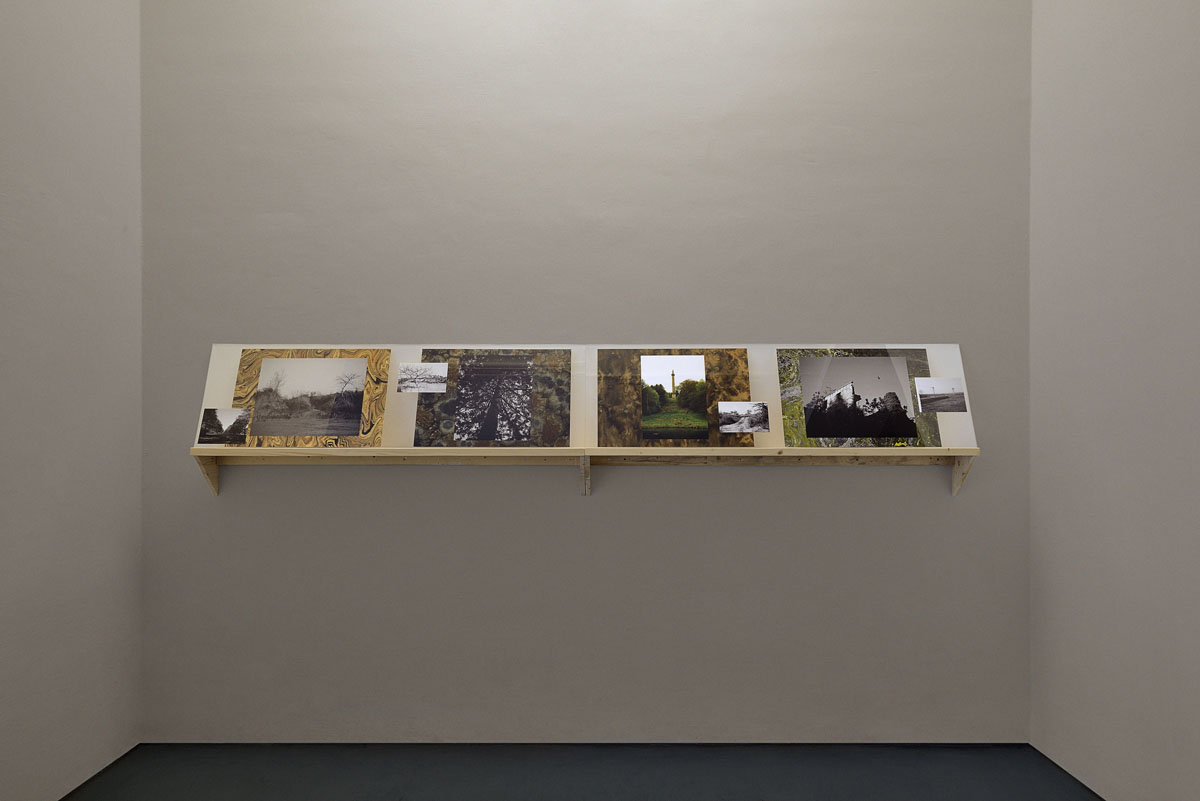 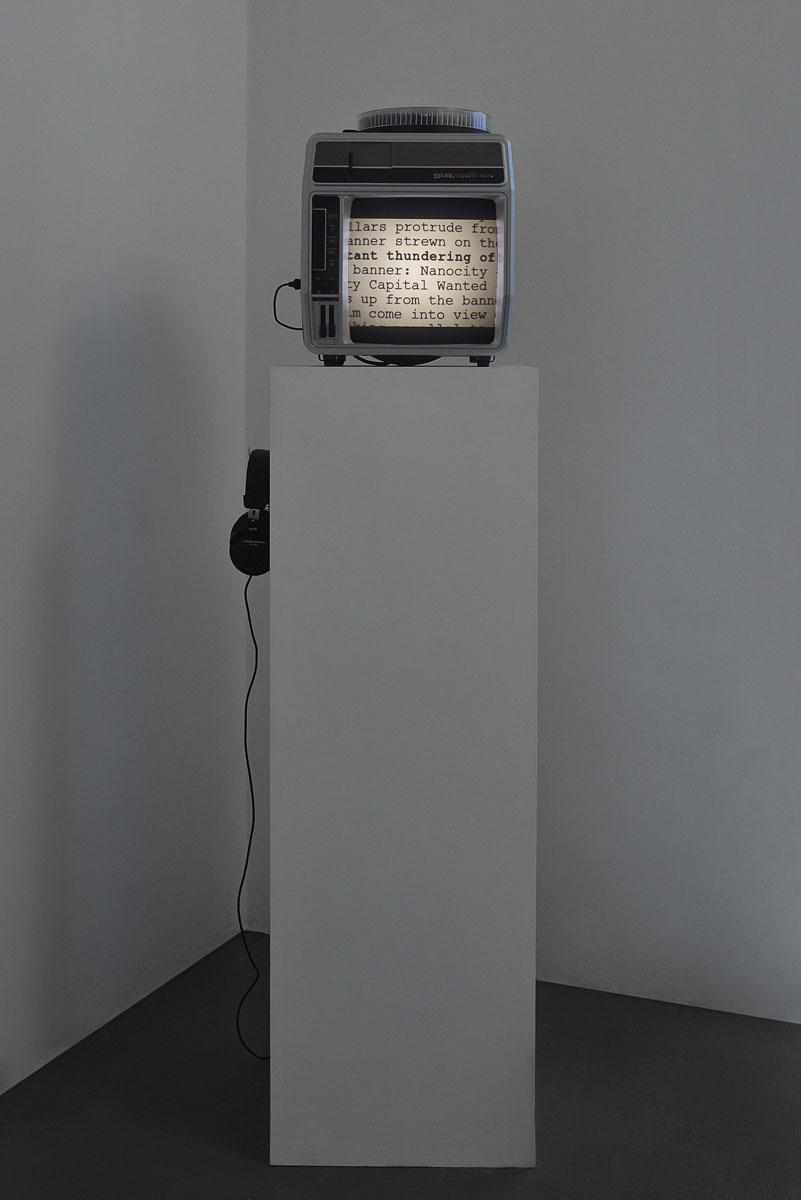 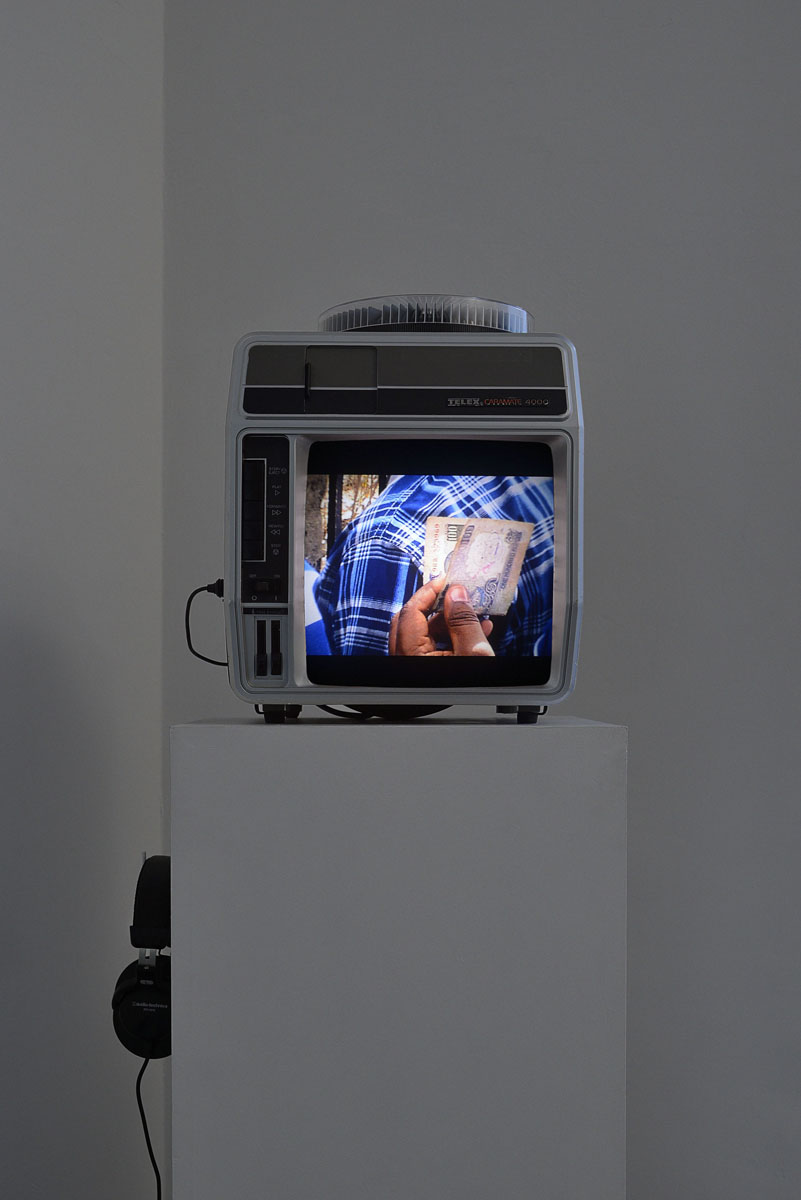 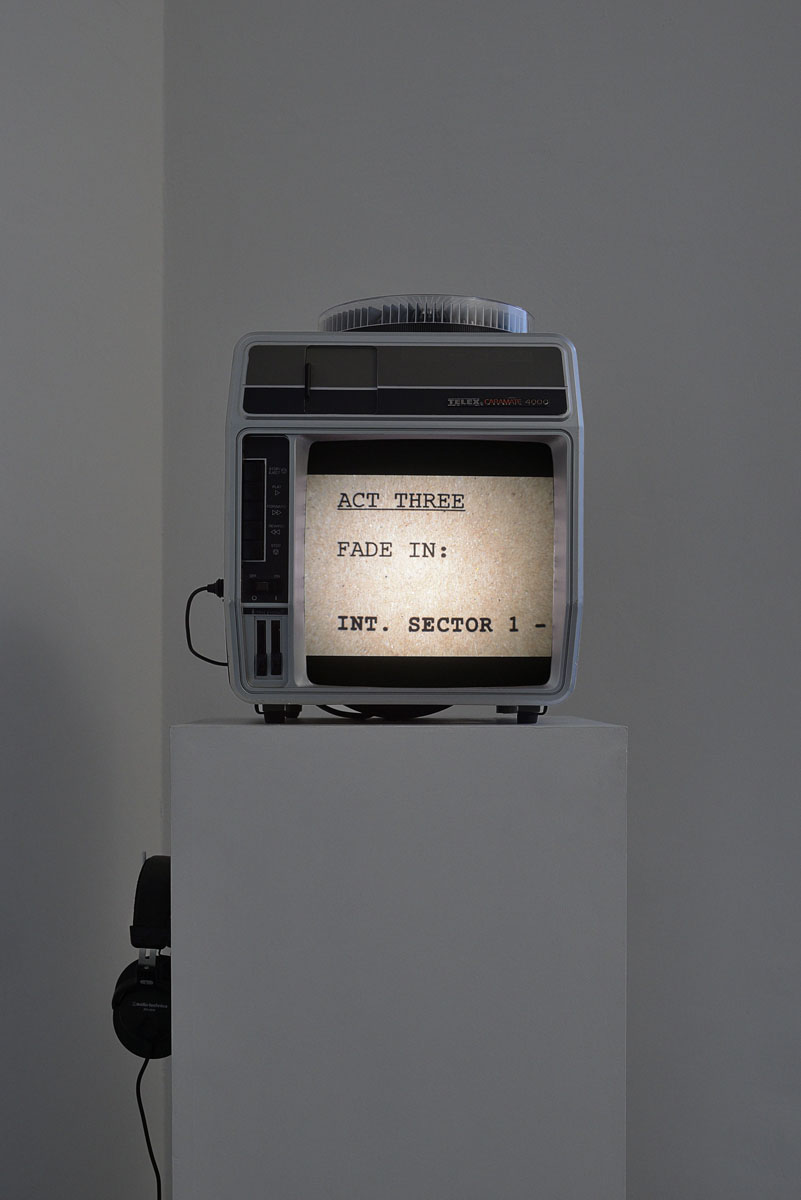 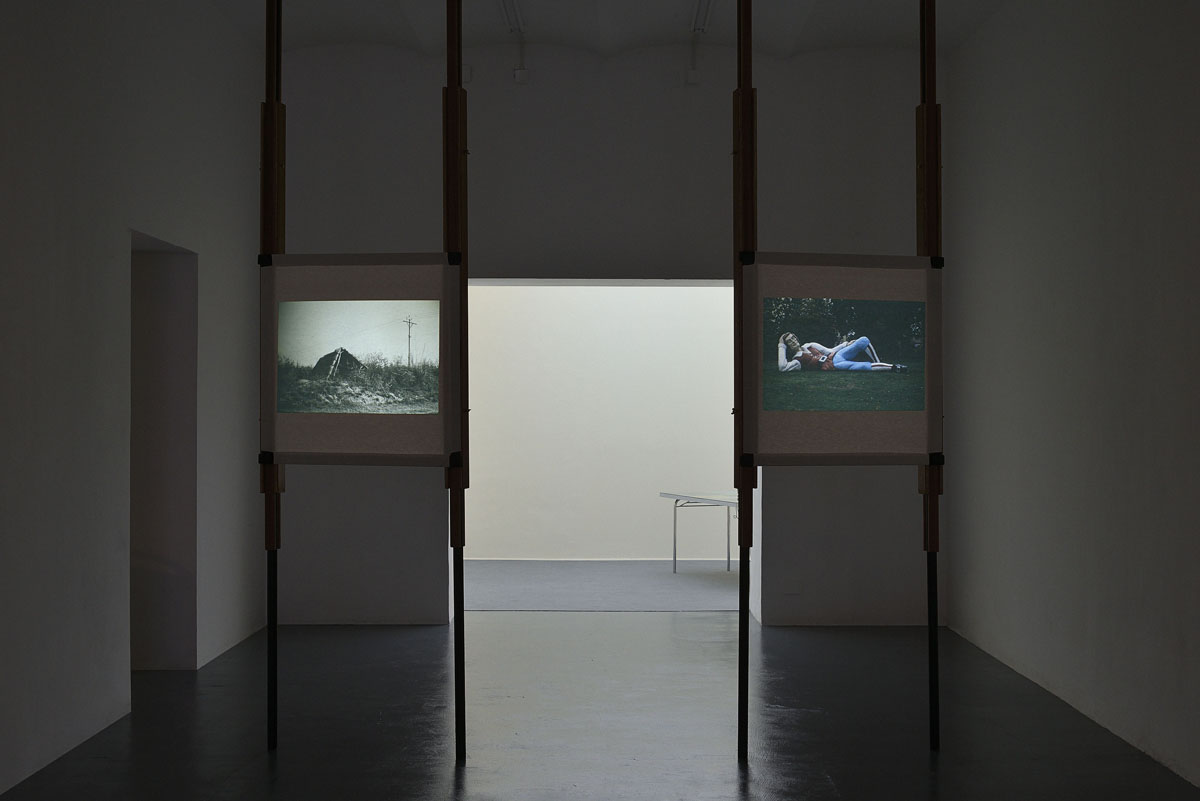 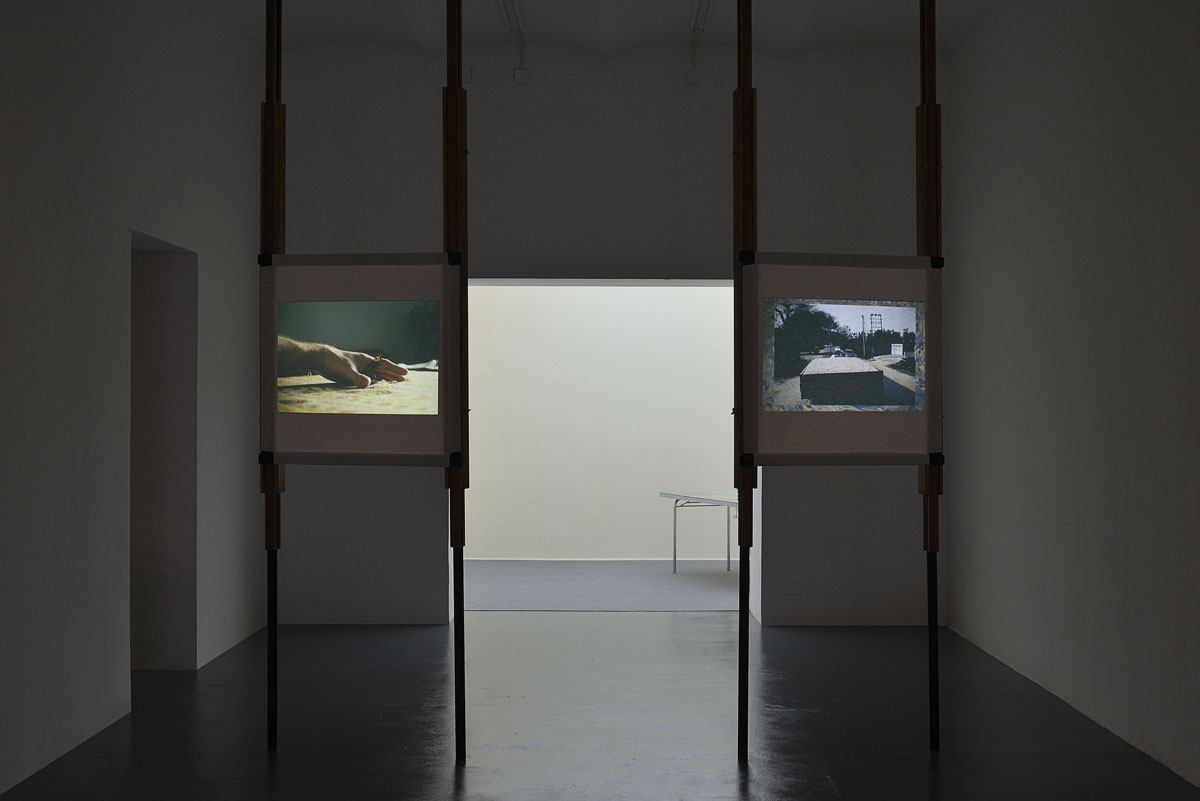 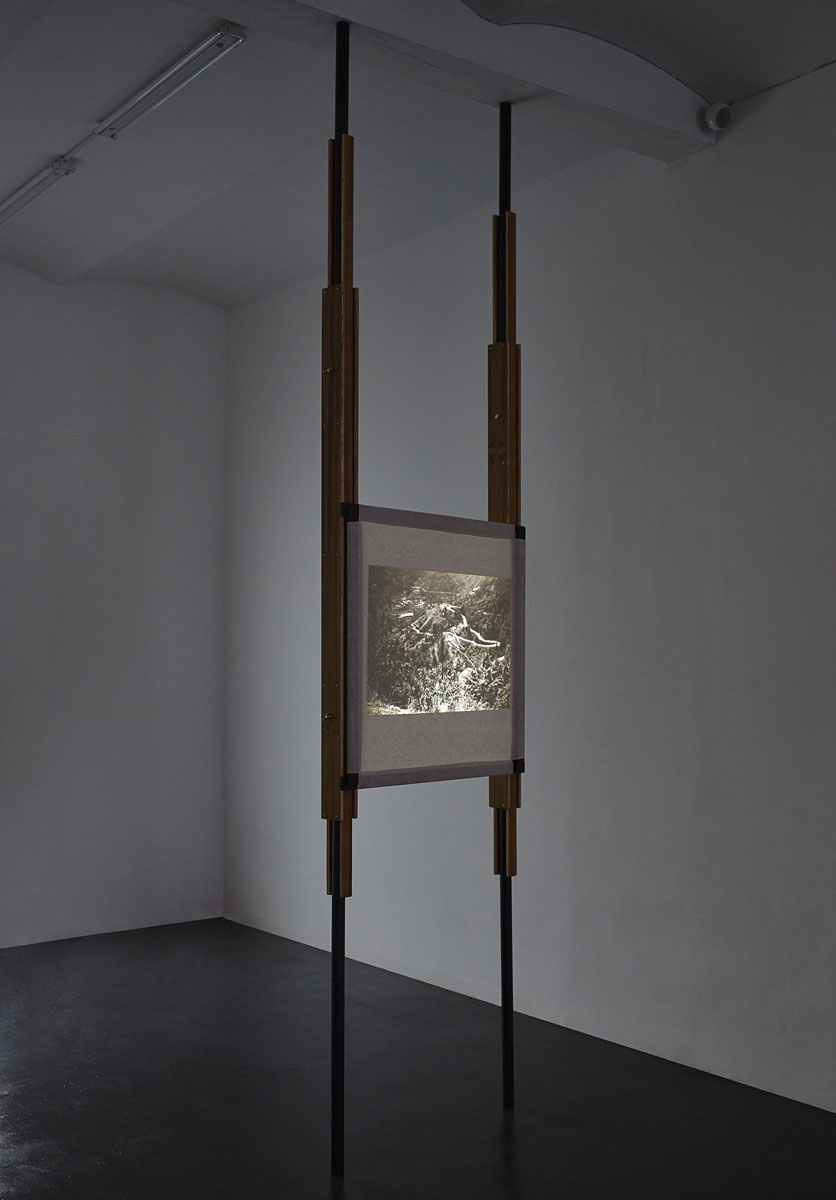 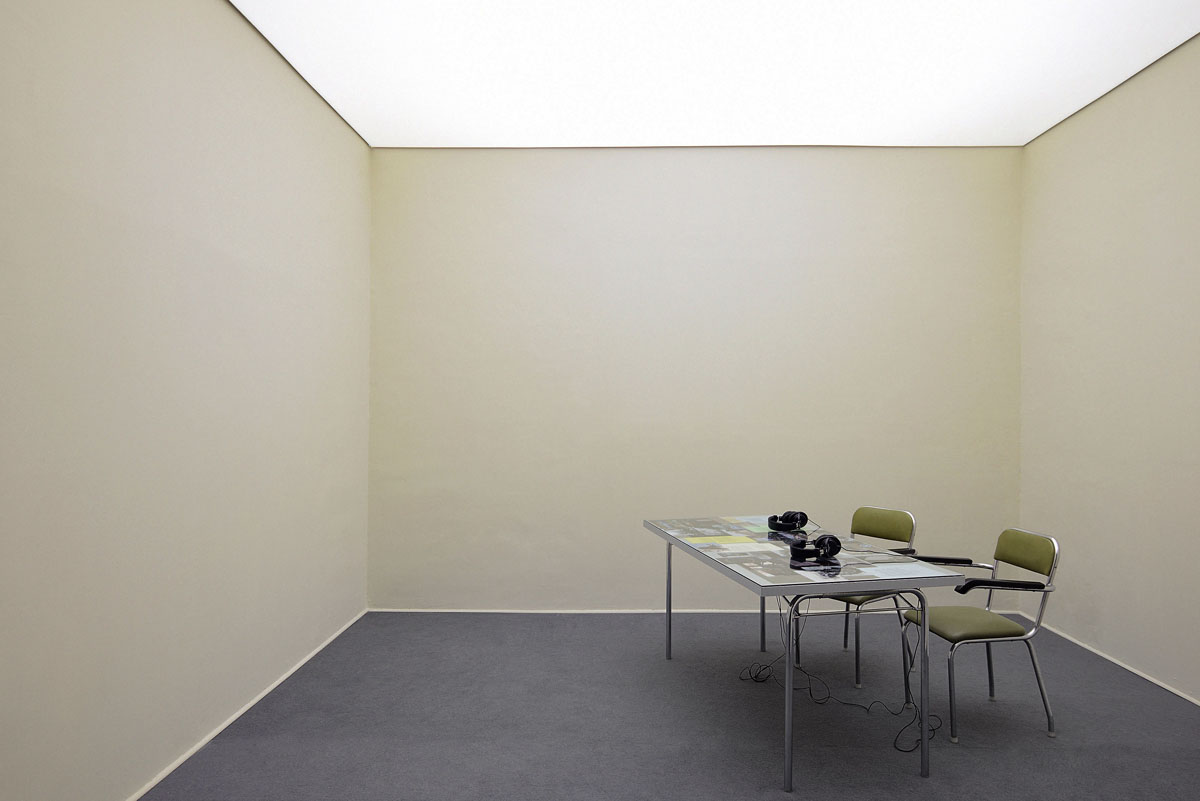 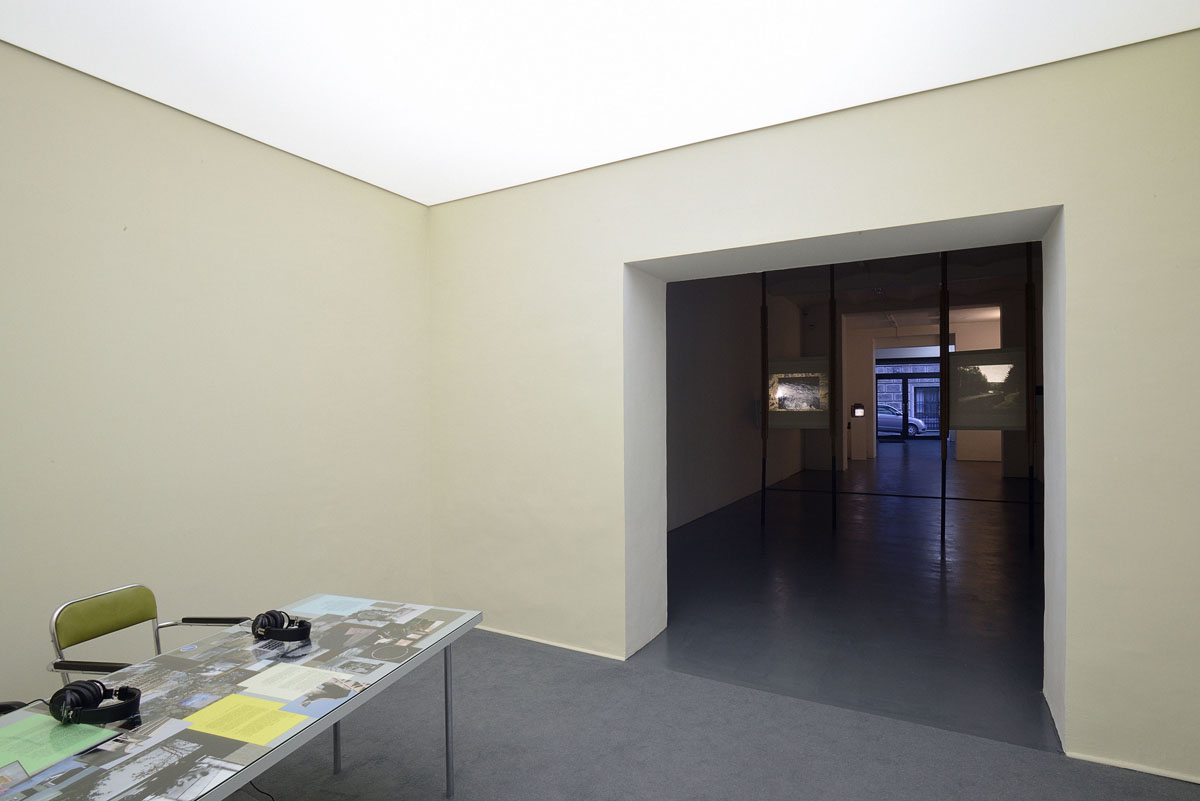 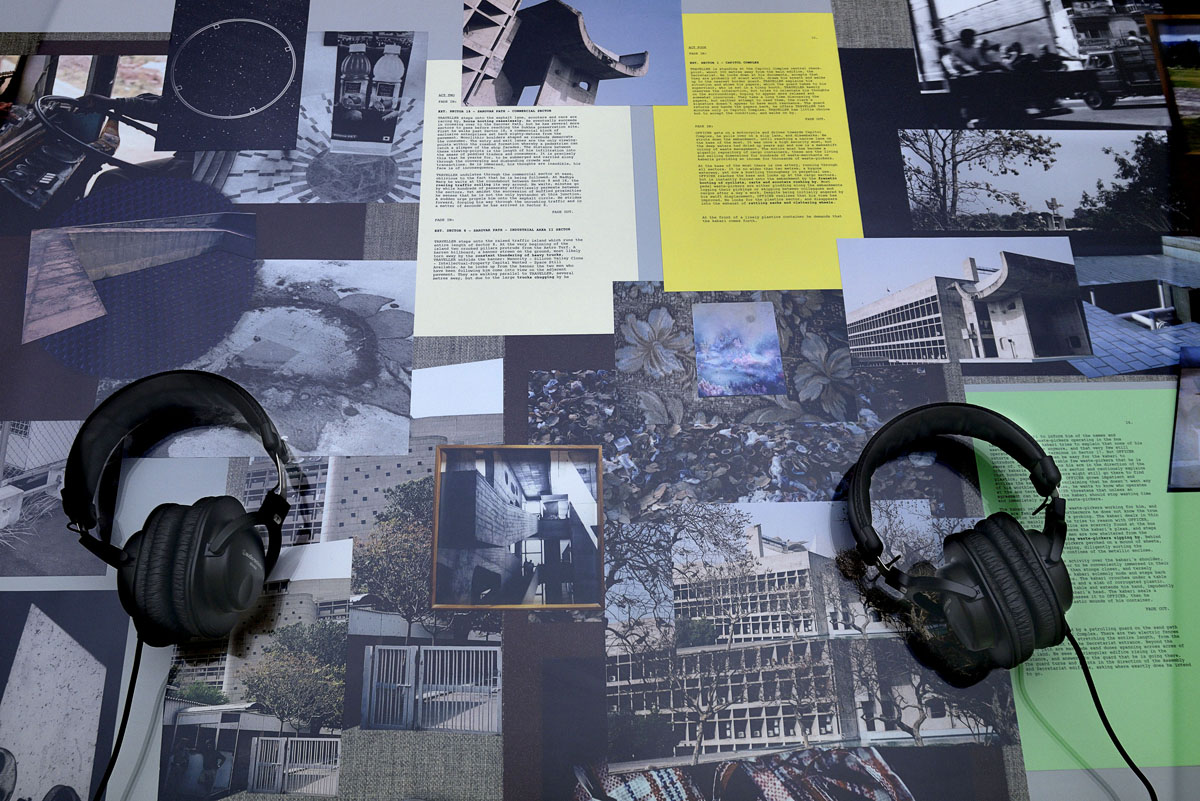 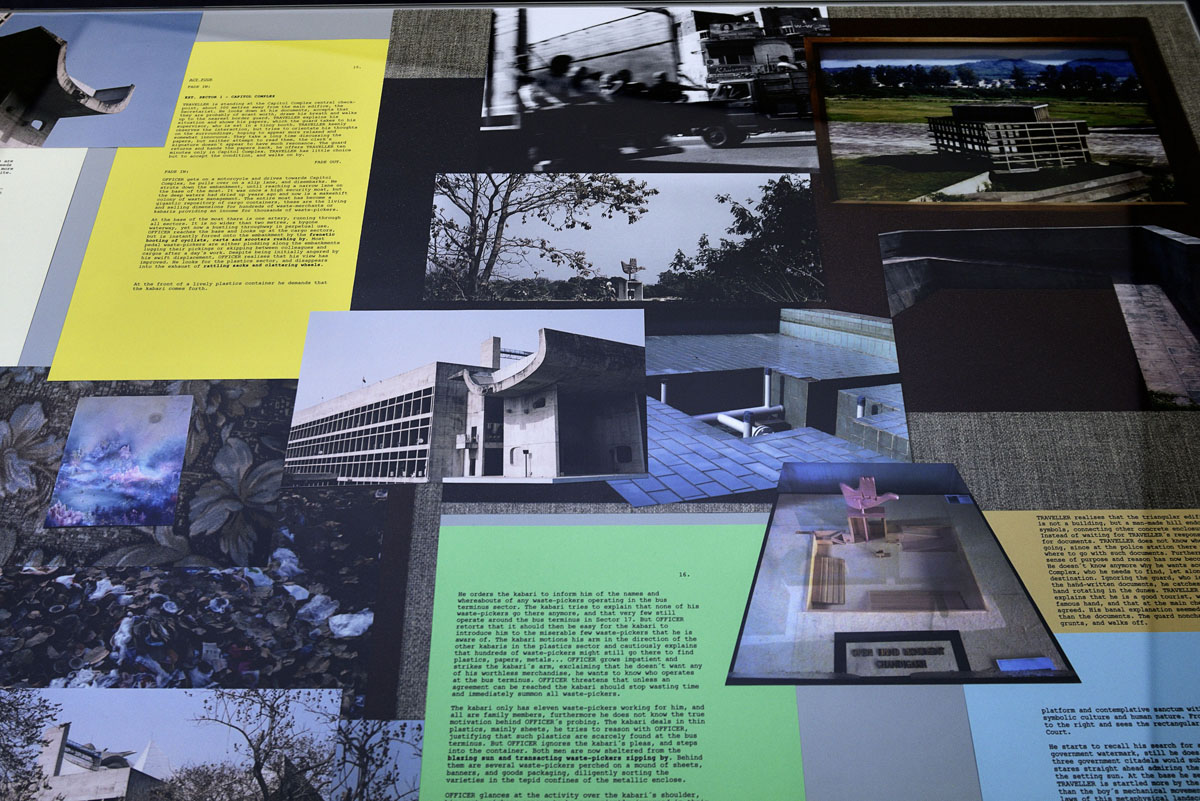 For the exhibition Capitol Complex has been displayed as two separate installations, with Prelude: Capitol Complex focusing more on the visual depiction of Le Corbusier’s most momentous architectural assignment in his vision of a future city, Chandigarh, and the construction and incompletion of its government headquarters.

A core component within the overall mise-en-scène of the work Capitol Complex is the presence of a manuscript written by the artist. Consisting of four acts based on four characters the manuscript serves as an underlining blueprint for the story. With each new performance and presentation it is re-narrated and traced and therefore remains in an improvised state with each new rendition.

The exhibition is introduced by Prelude: Capitol Complex, in which speech and sound-score fragments extracted from a live performance recording accompany a slide sequence projected on a Telex machine.

Further on in the exhibition, within a contained installation based on act 3, the story of Capitol Complex is displayed as a table construct in which selected pages of the manuscript are collated with spliced and layered photographic prints. The table montage is an abstraction of all four acts, while the sound-work on headphones comprises of various first person narrations, as the speech pans between characters and musical interjections.

Ulterior Vistas is the central sound work in the exhibition. Backed by a musical score, a driven sales agent is orating a prospectus based on grand 18th Century English landscape garden design for an unidentified client, perhaps a venture capitalist. He is soliciting a global perspective characterised by appropriation of cultural heritage in order to cultivate a desirable public persona for his client. Aside from offering an array of landscape gardening solutions and attributes he also proposes more abstract features such as synthetic spirituality and symbolic gestures of generosity.

Prelude: Ulterior Vistas is a shelf-installation which displays a photographic series referencing the English landscape architect Humphrey Repton´s (1752-1818) famous Red Books, which were bespoke propositions for landscape and architecture improvements for the estates and pleasure grounds of potential clients. The before-and-after illustrations were a key feature in Repton´s Red Books as were his verbal presentations.

In Ulterior Vistas, the expanded dual-screen installation forms a visual element which works in tandem with the speech, by anchoring the combined experience of listening and seeing – but also offering ulterior vistas, thereby dislodging the sales agent’s vigorous sales pitch and own persona. As well as critically narrating the transferal of cultural capital from one era to the next, Ulterior Vistas also reveals problematic aspects of the frantic and unabashed consumerism that the sales agent is seeking to propagate and assimilate.