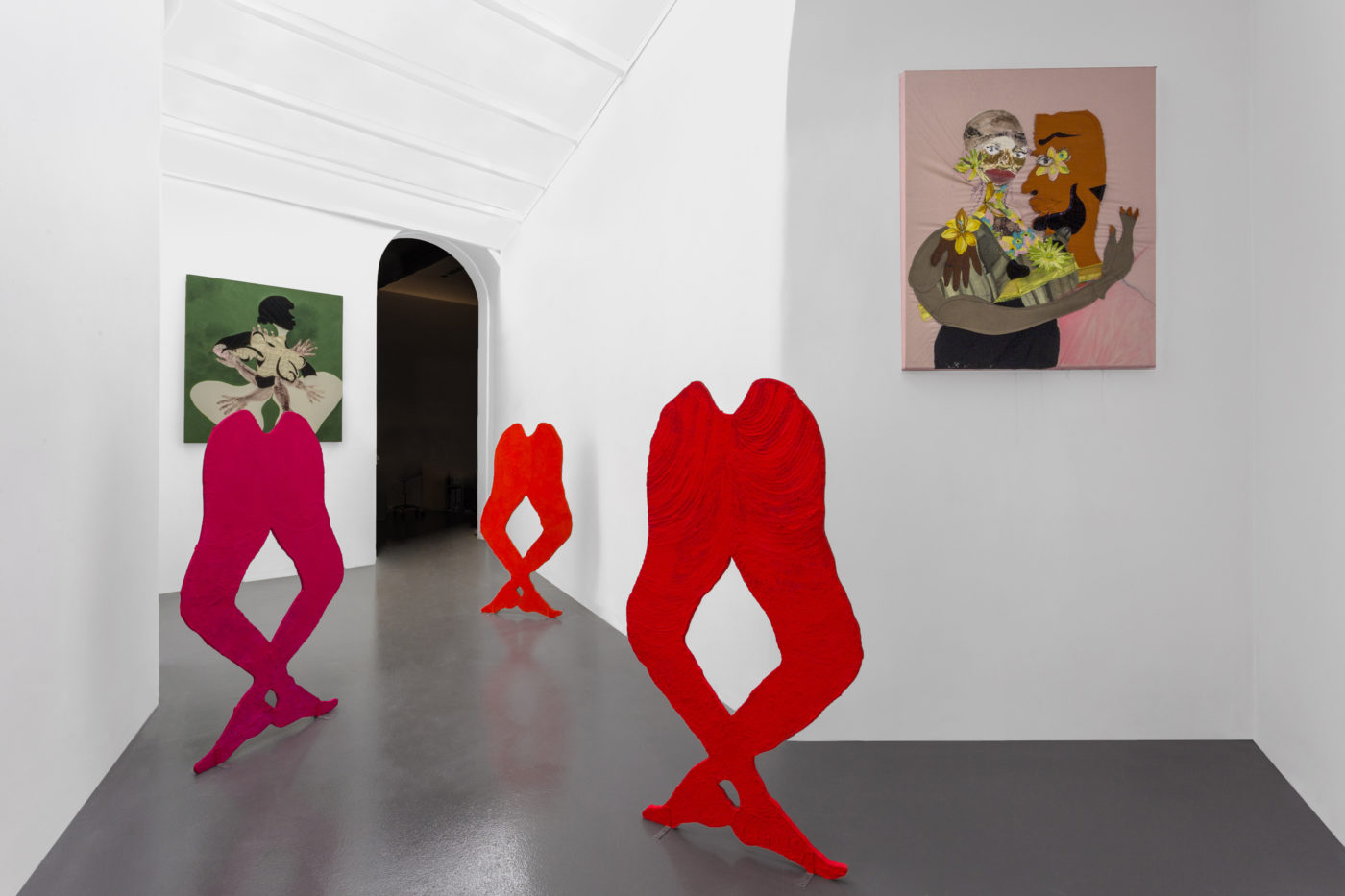 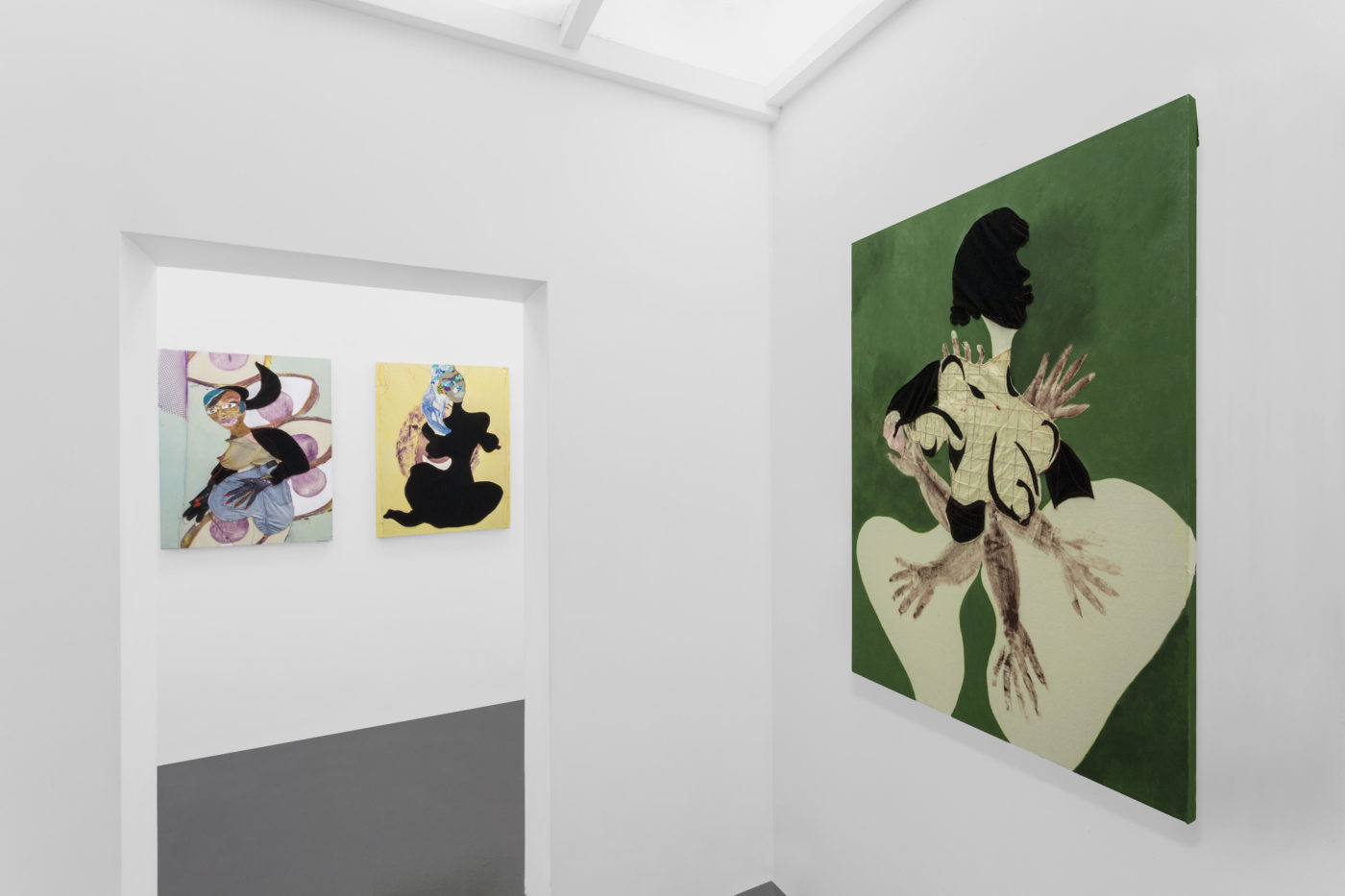 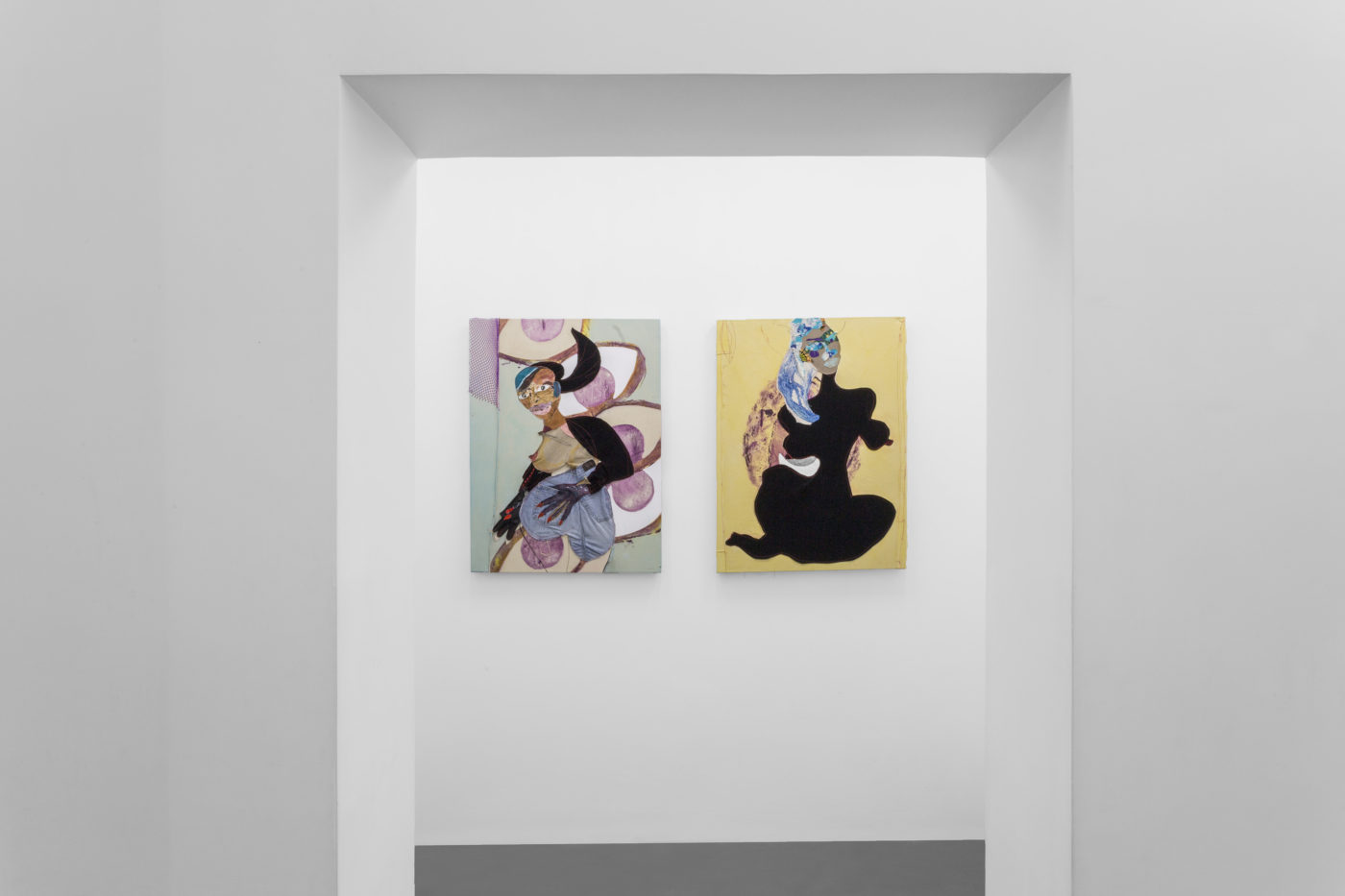 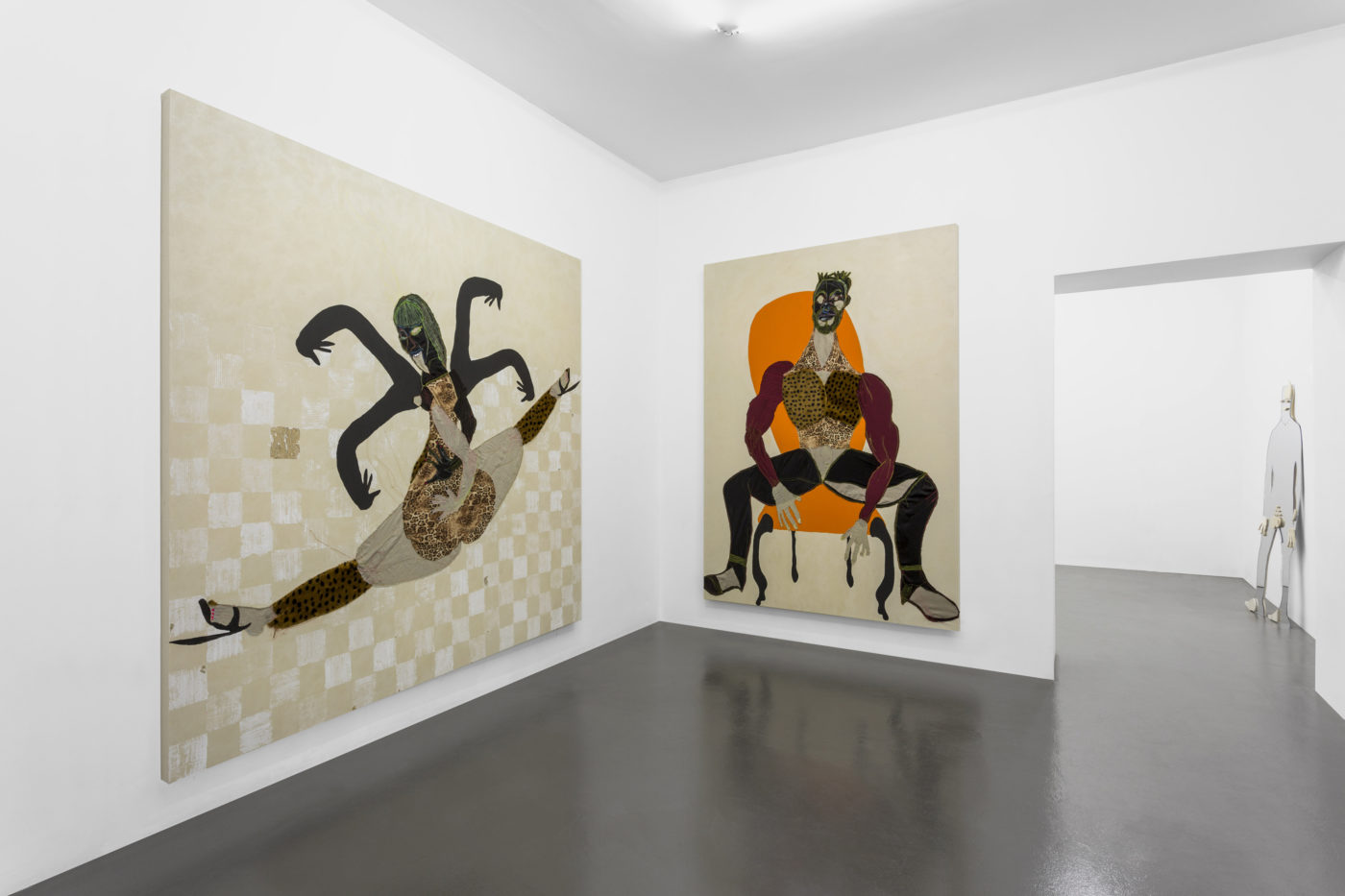 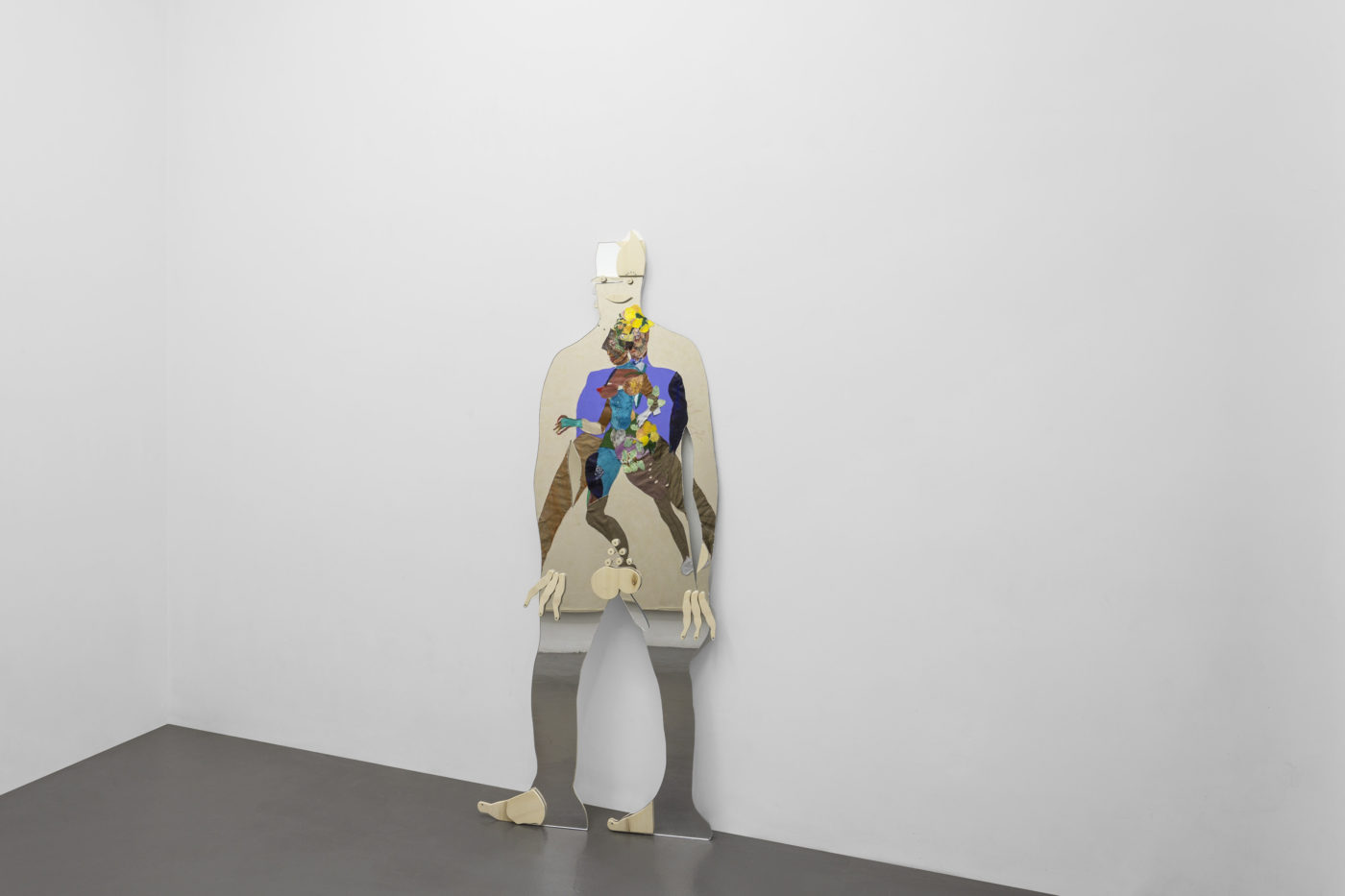 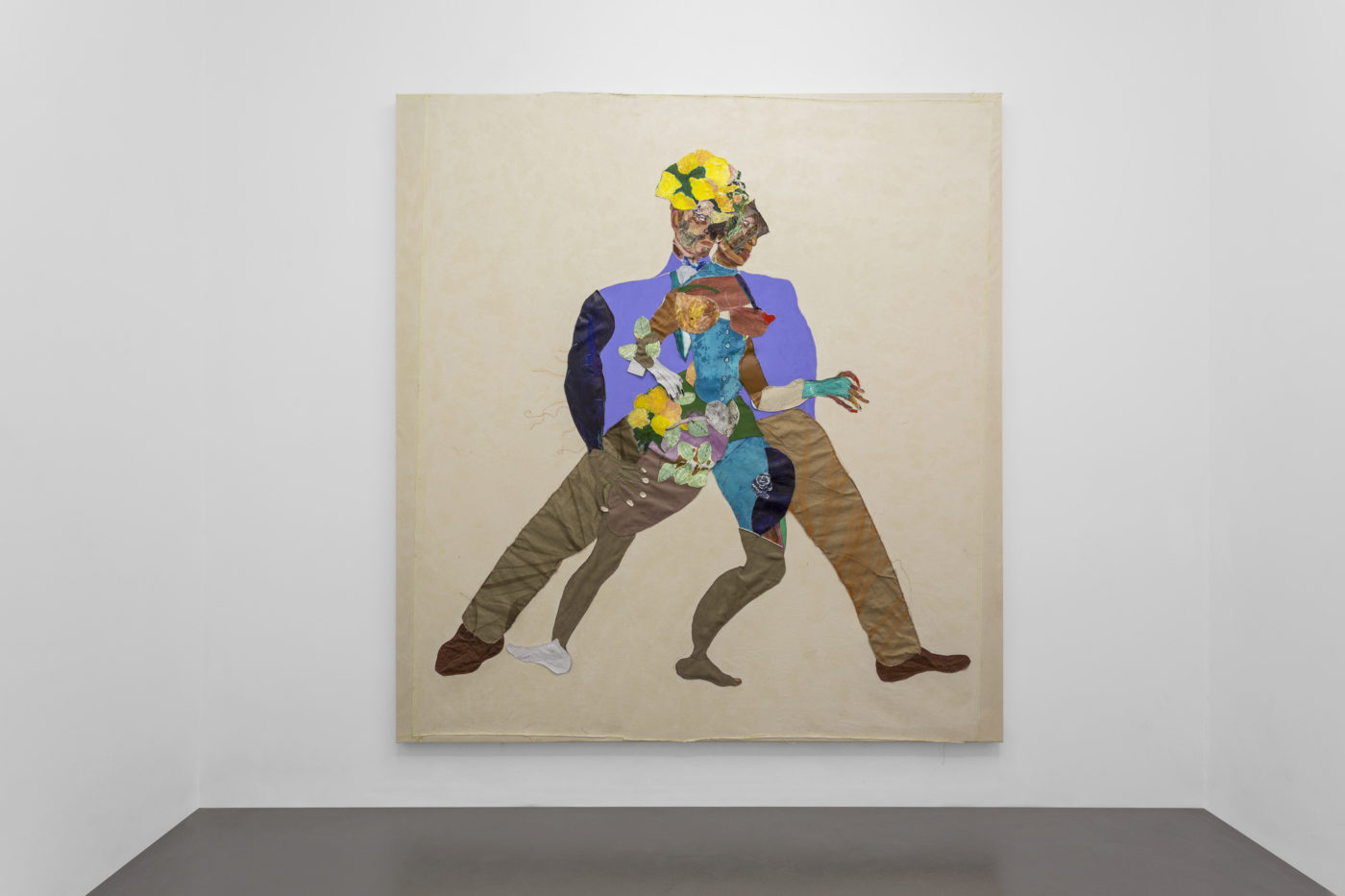 T293 is pleased to present The Function, first exhibition at the gallery and in Italy of American artist Tschabalala Self. Coming as a result of a residency in Naples, the exhibition consists of a new series of paintings and sculptures that explore the physical and psychological dynamics of interactions within a social space. The formal and conceptual inspiration for this show is a house party, with Self as the host.

All the works in the show depict characters and couples, as they move, dance, talk and stare at other attendees at a fête. The sense of intimacy, and simultaneously of isolation these works induce inevitably create a dizzying effect for the viewer, who cannot help but be caught in the emotions provoked by the various depicted scenes.

Pieces of old paintings, raw canvas, fabrics, prints and paper sheets are assembled, stretched, painted and drawn over, so to give form to a kaleidoscope of human emotions and behaviours. The different patterns composing these oeuvres create dynamic figures that look at the viewer with the same intensity with which they ask to be seen. Their identity is not treated by Self as an already fixed form waiting to be represented upon the canvas; rather, it manifests itself as a process of constant negotiation among different gazes: that of the artist, that of the viewer, and that of all the other characters who participate to this relational game.

Tschabalala Self practice has always been characterised by the usage of various sewing and binding techniques that work in conjunction with drawn and painted elements. The recourse to traditional craft skills and repetitive gestures helps the artist investigate how the body (and particularly the Black female body) functions as a social and political symbol. The bodies (and personas) she portrays are fractured assemblages that seem to internalise in their forms a confluence of cultural projections, while asserting their own self-defined identity. It is precisely the destructuring of traditional ways of representation of the body that allows the artist to focus more on how people look, rather than on what is there to be seen. Hers is the eye that sees how other eyes see, before exploring through her process-based practice how this representational game affects people’s social and political life.

Playing inventively with both abstraction and figuration, Tschabalala Self creates a new series of works that still investigate such politics of the gaze, both towards the gendered and the racialised body. Nevertheless, in The Function the artist proposes a more personal and nostalgic perspective upon this matter. She takes the ideas and expectations associated with a house party -as a free, enthusiastic and unfettered moment within everyone’s social life- in order to shine light on the complex net of political relations that deeply inform the way we shape the contemporary iconography of the body.