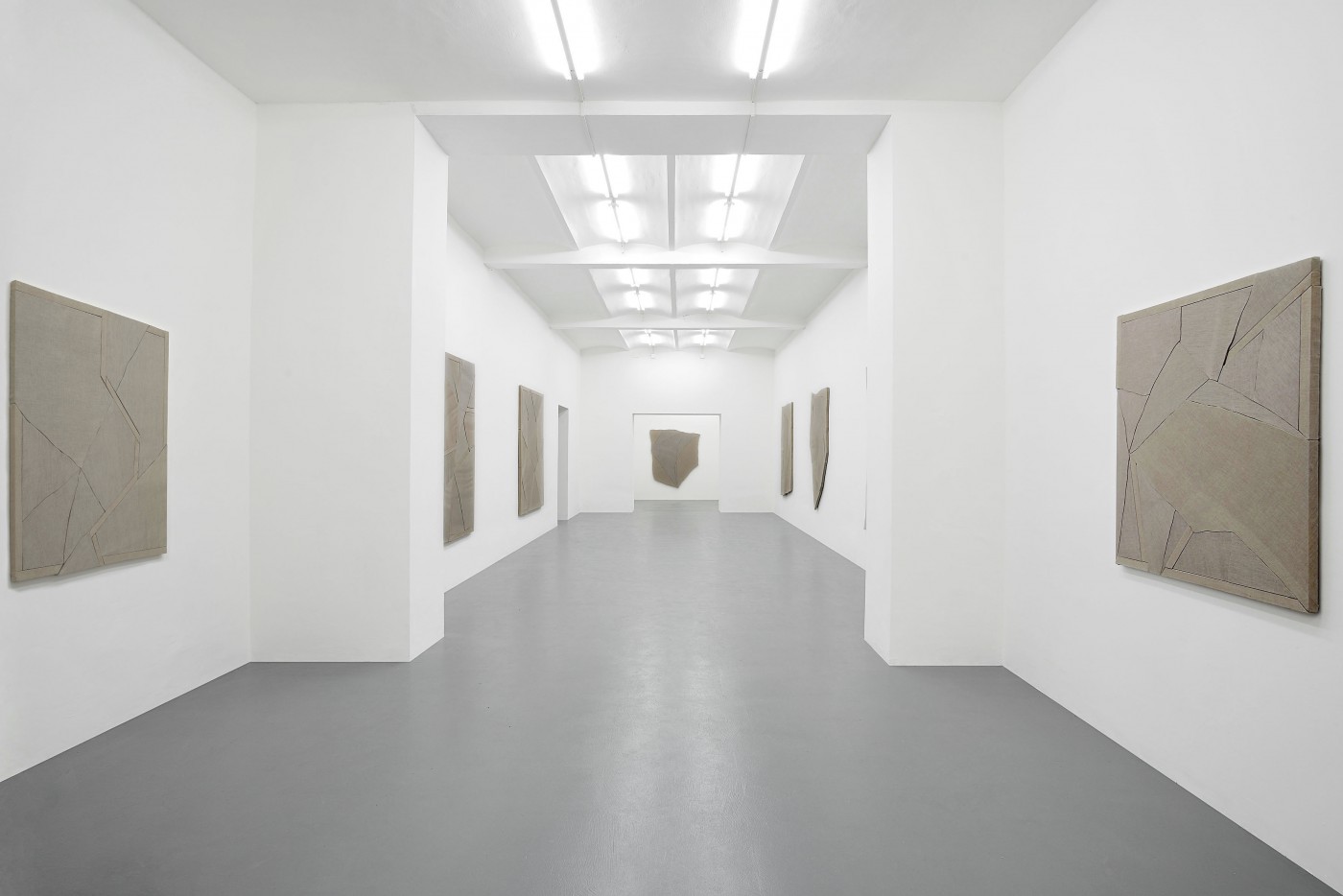 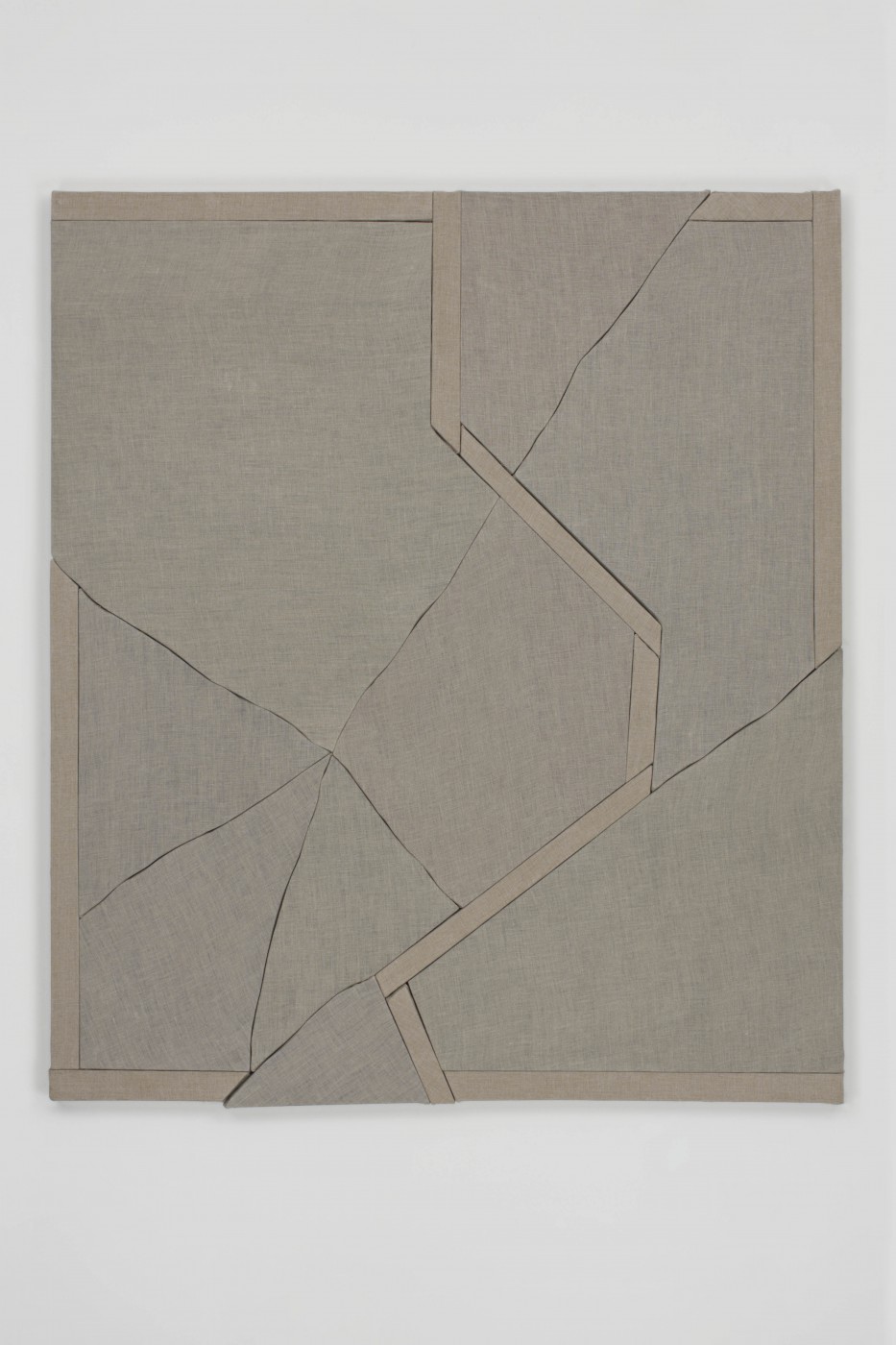 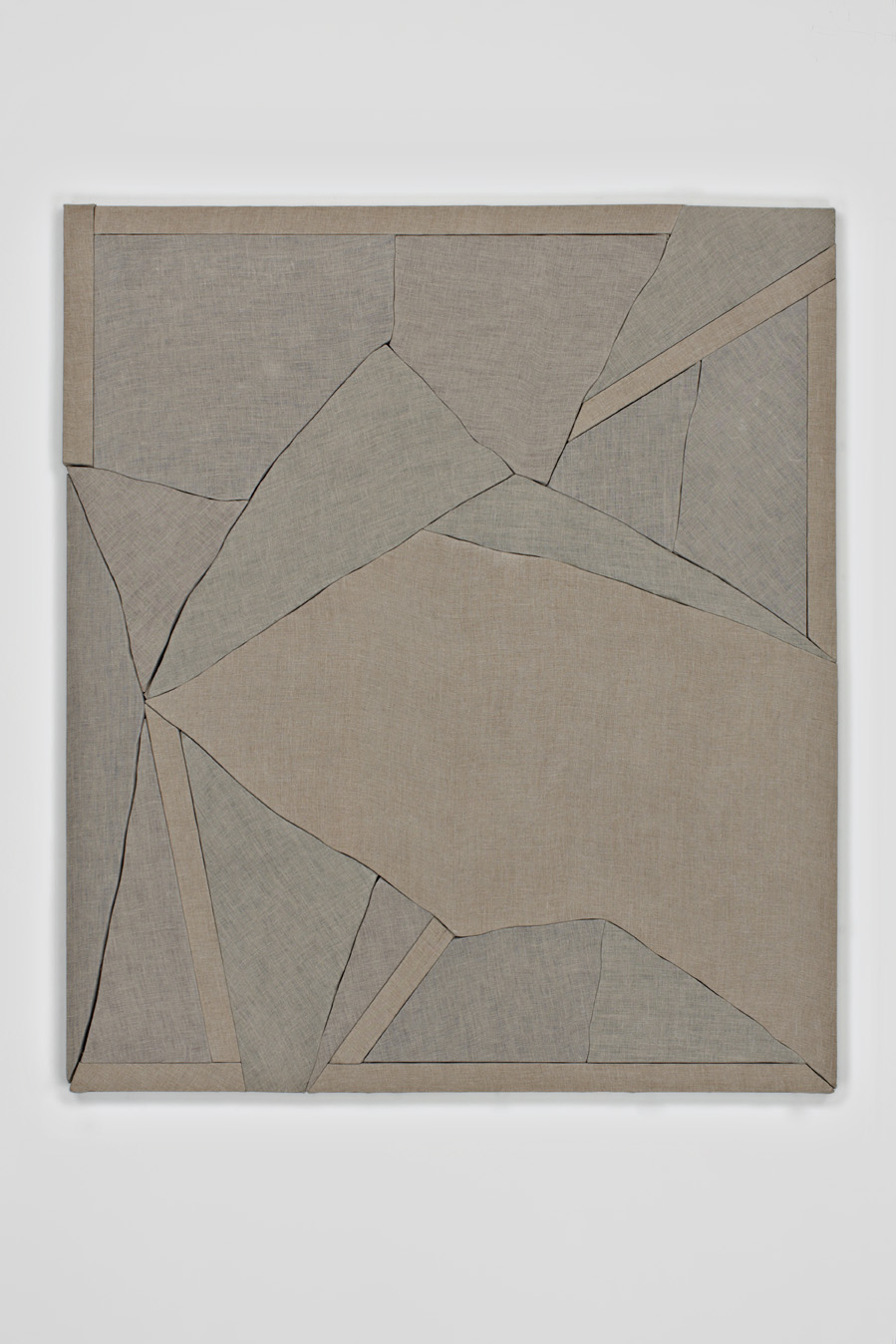 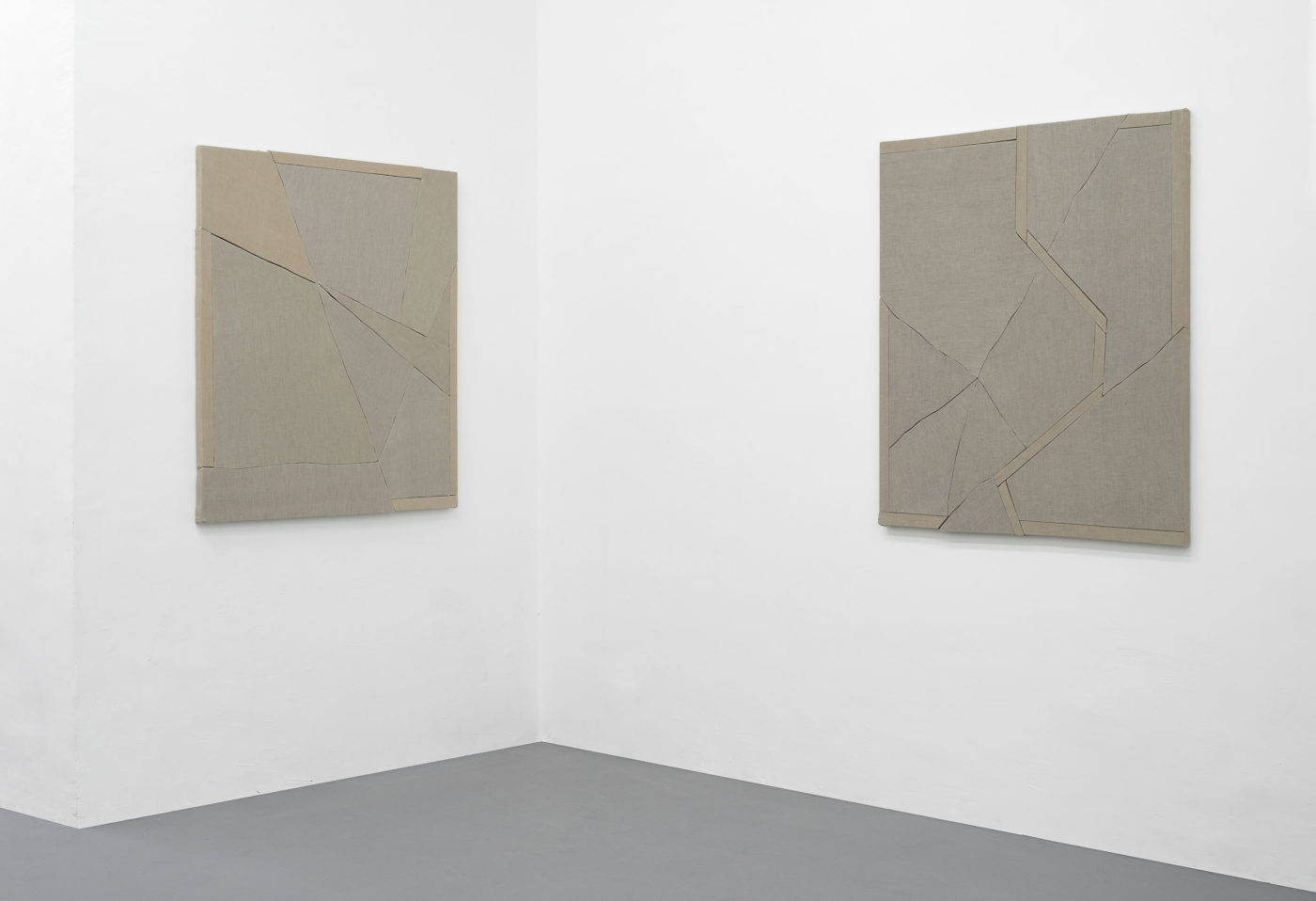 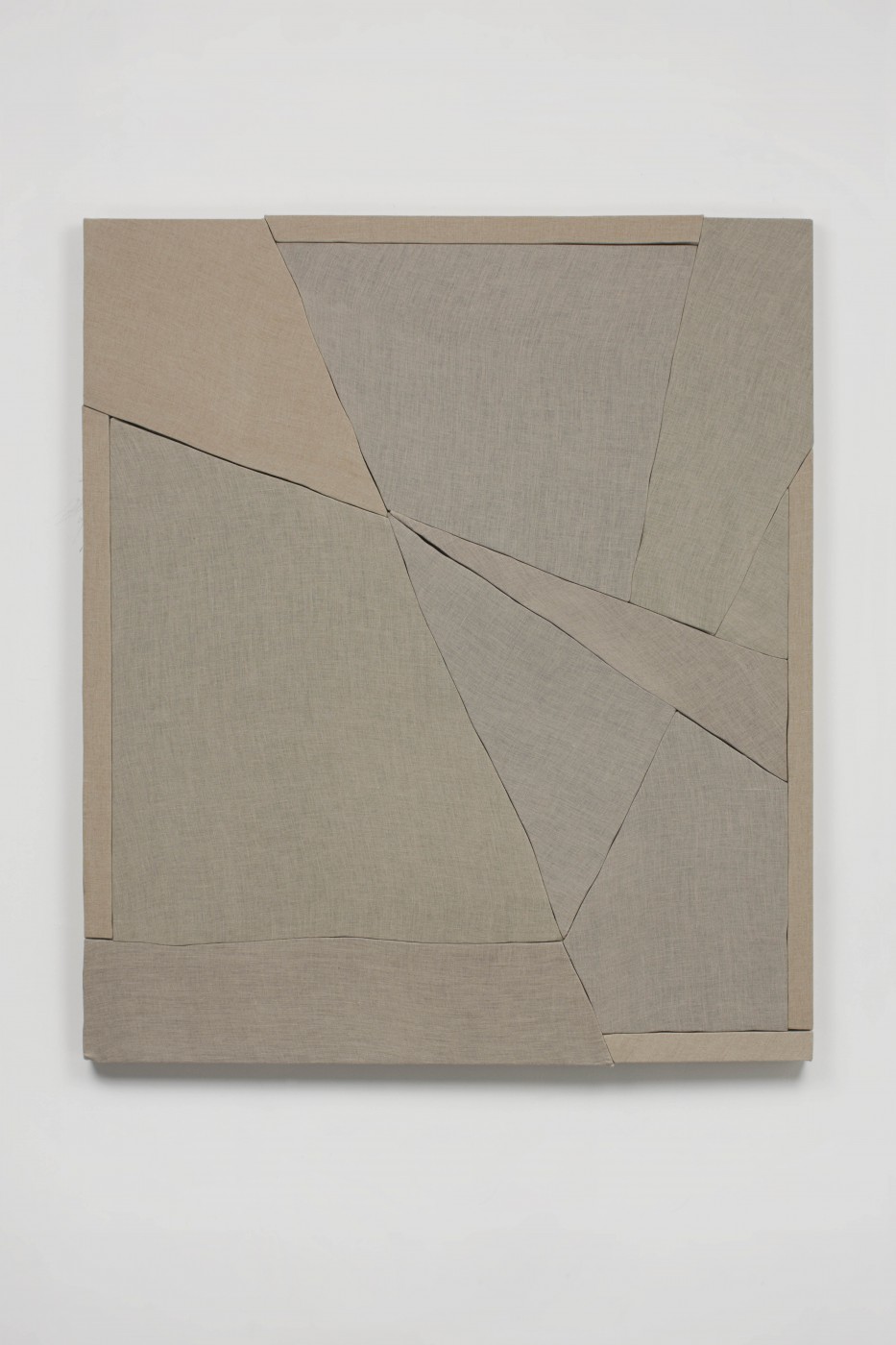 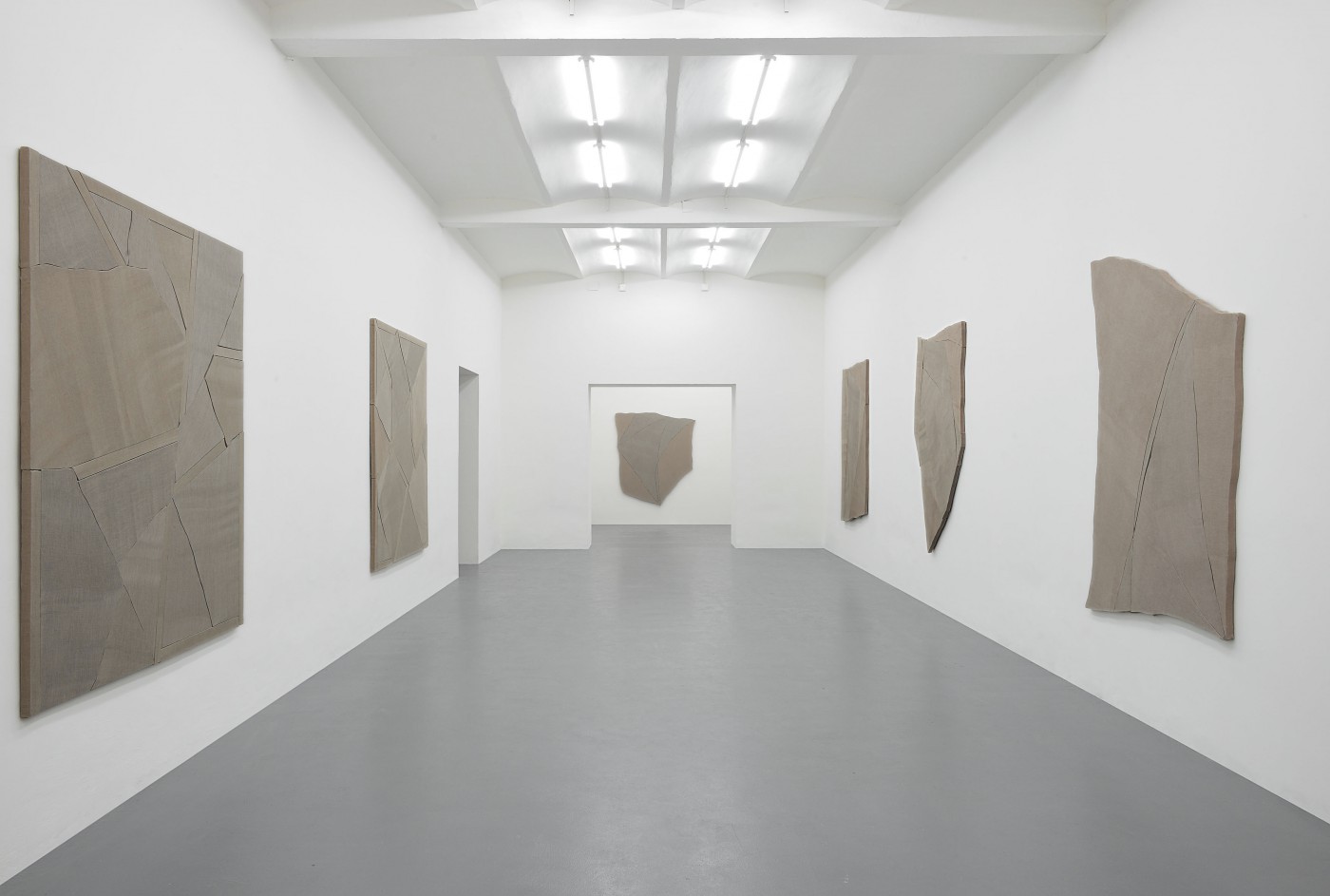 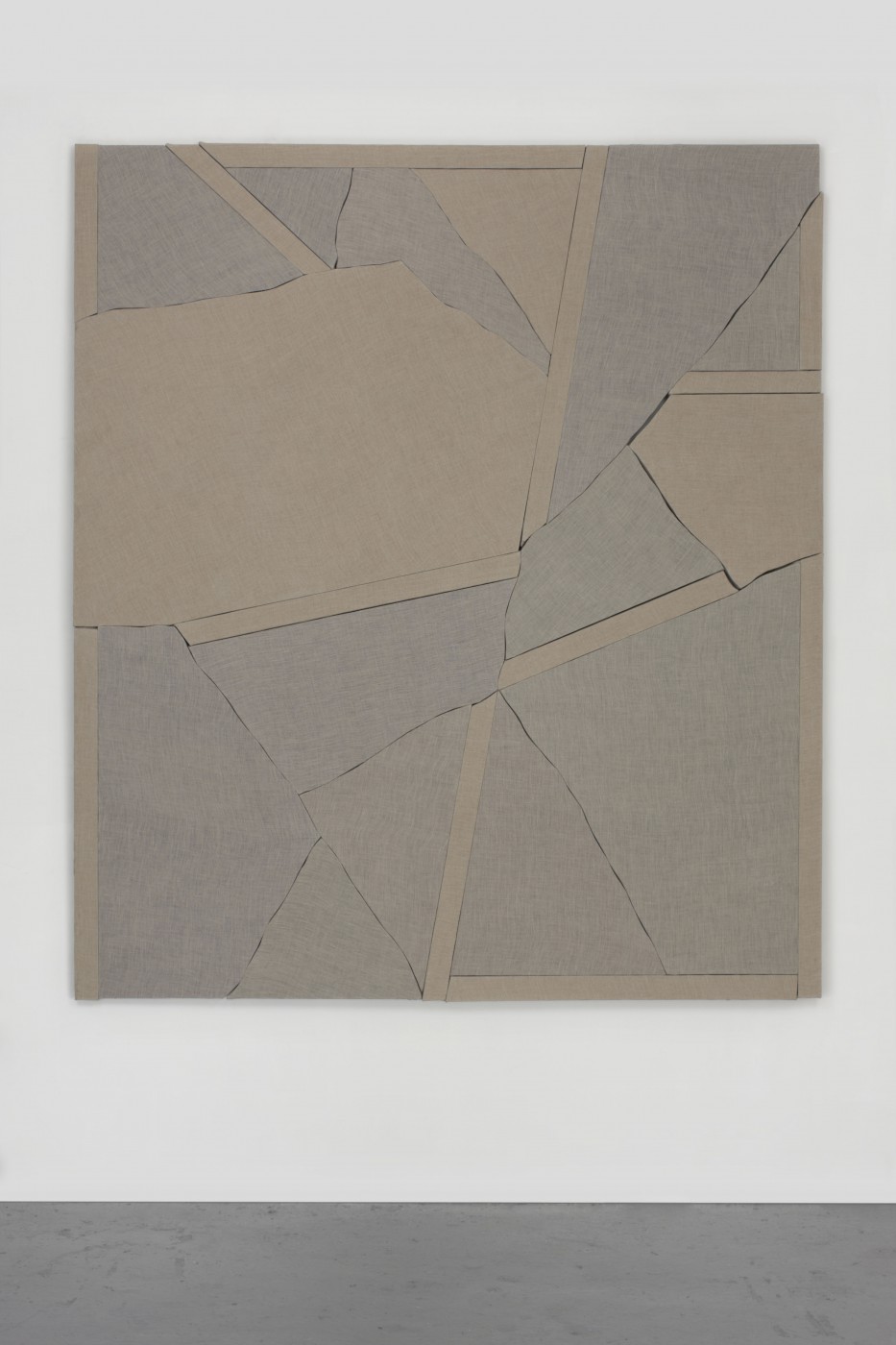 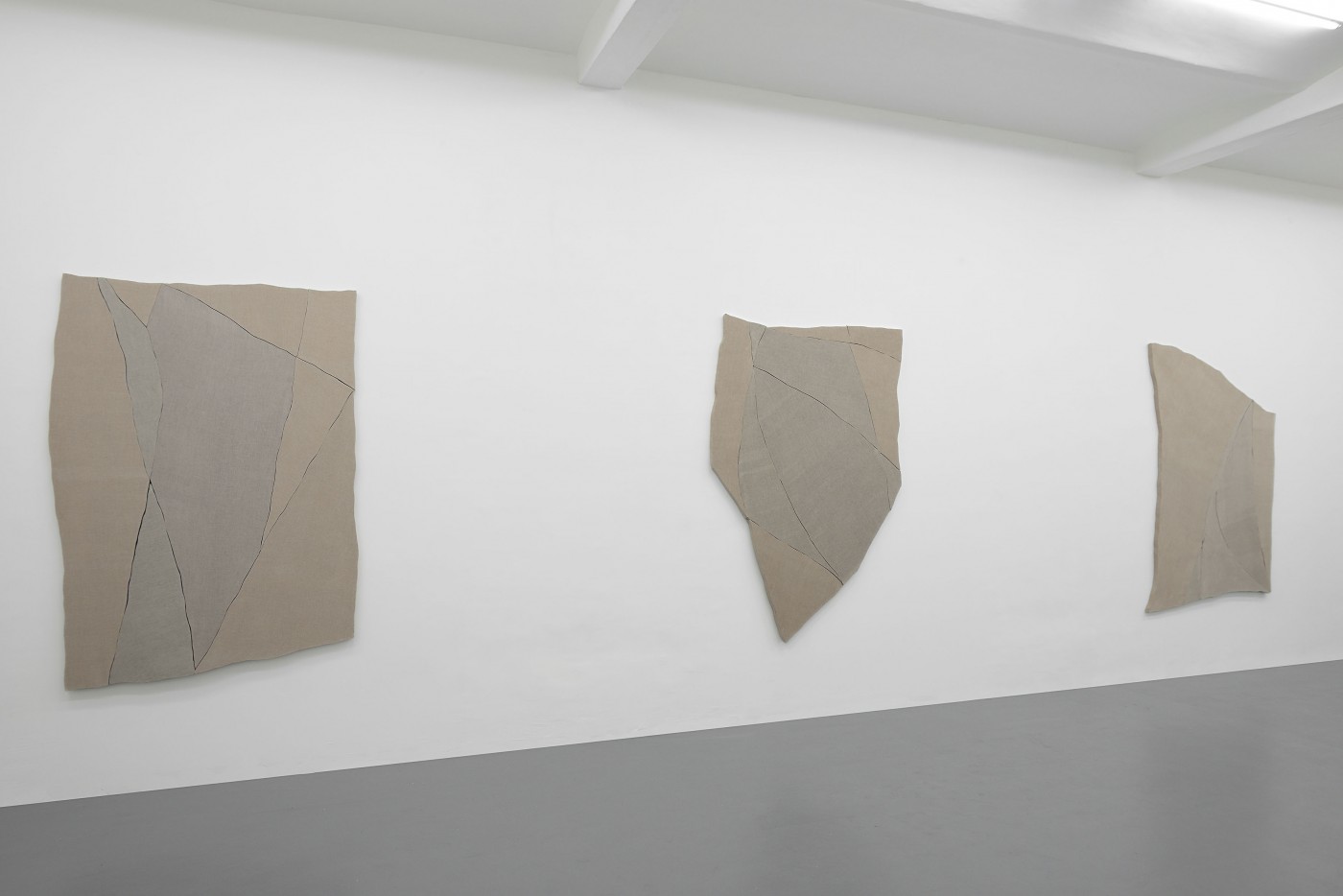 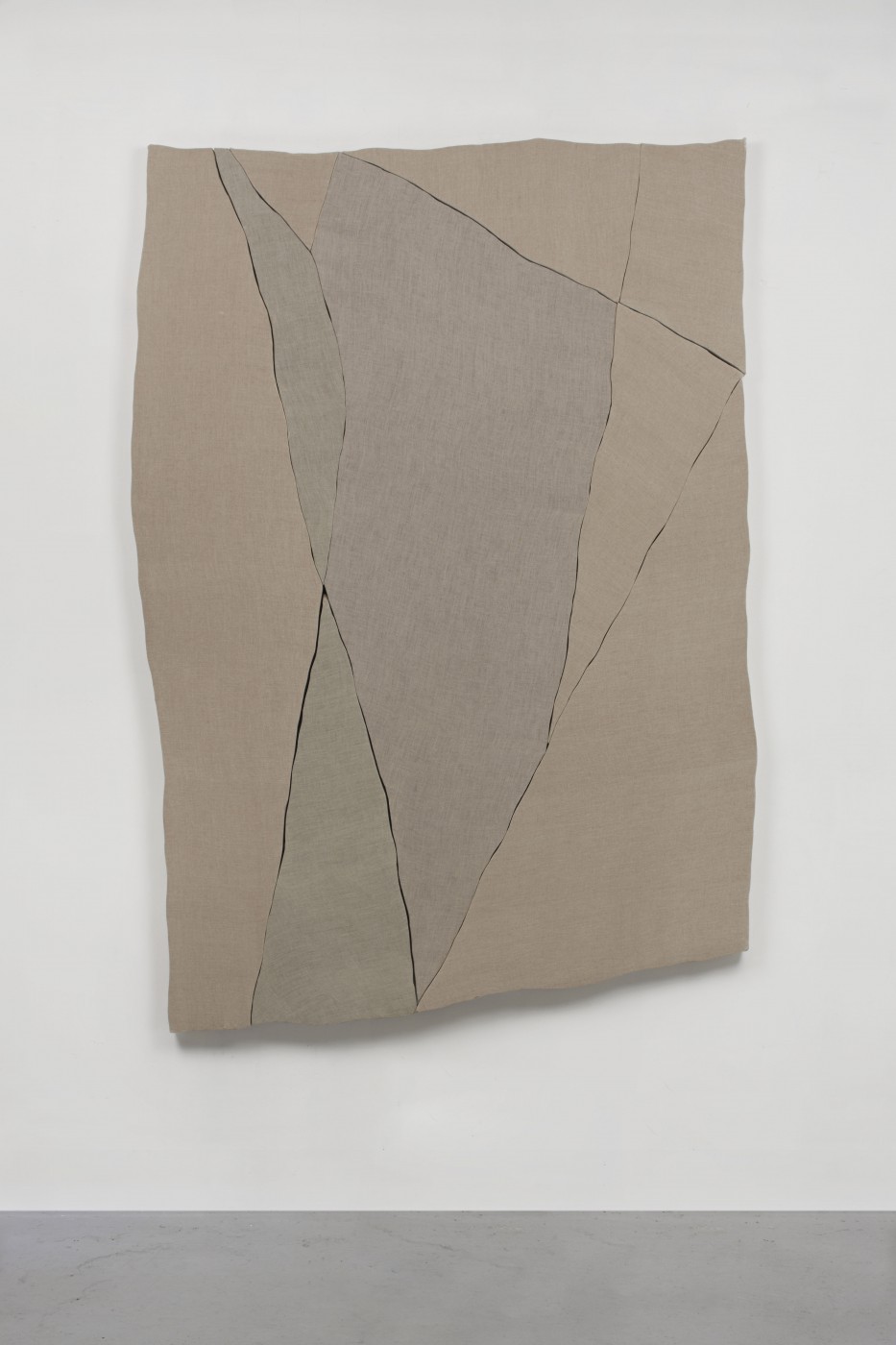 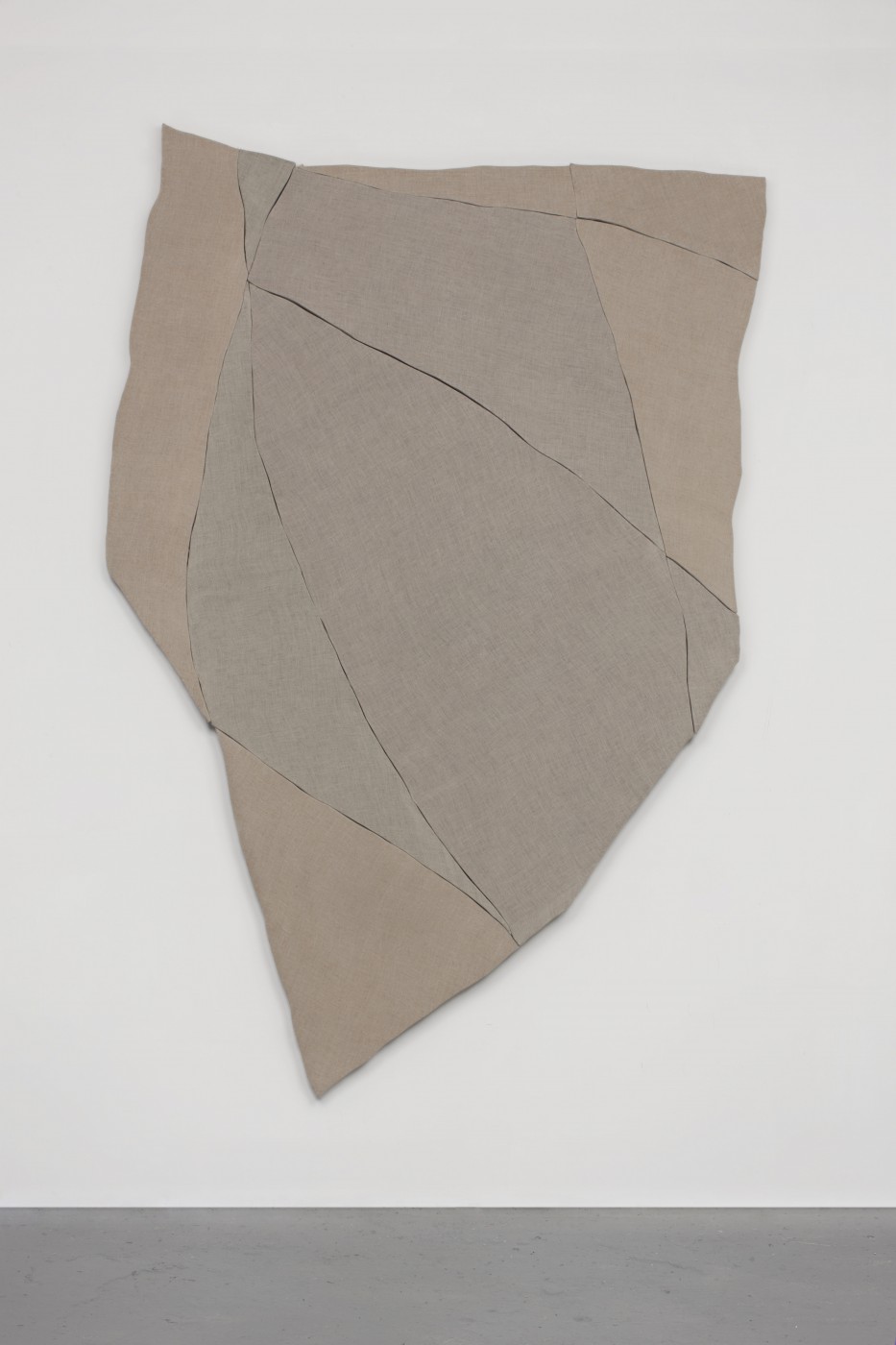 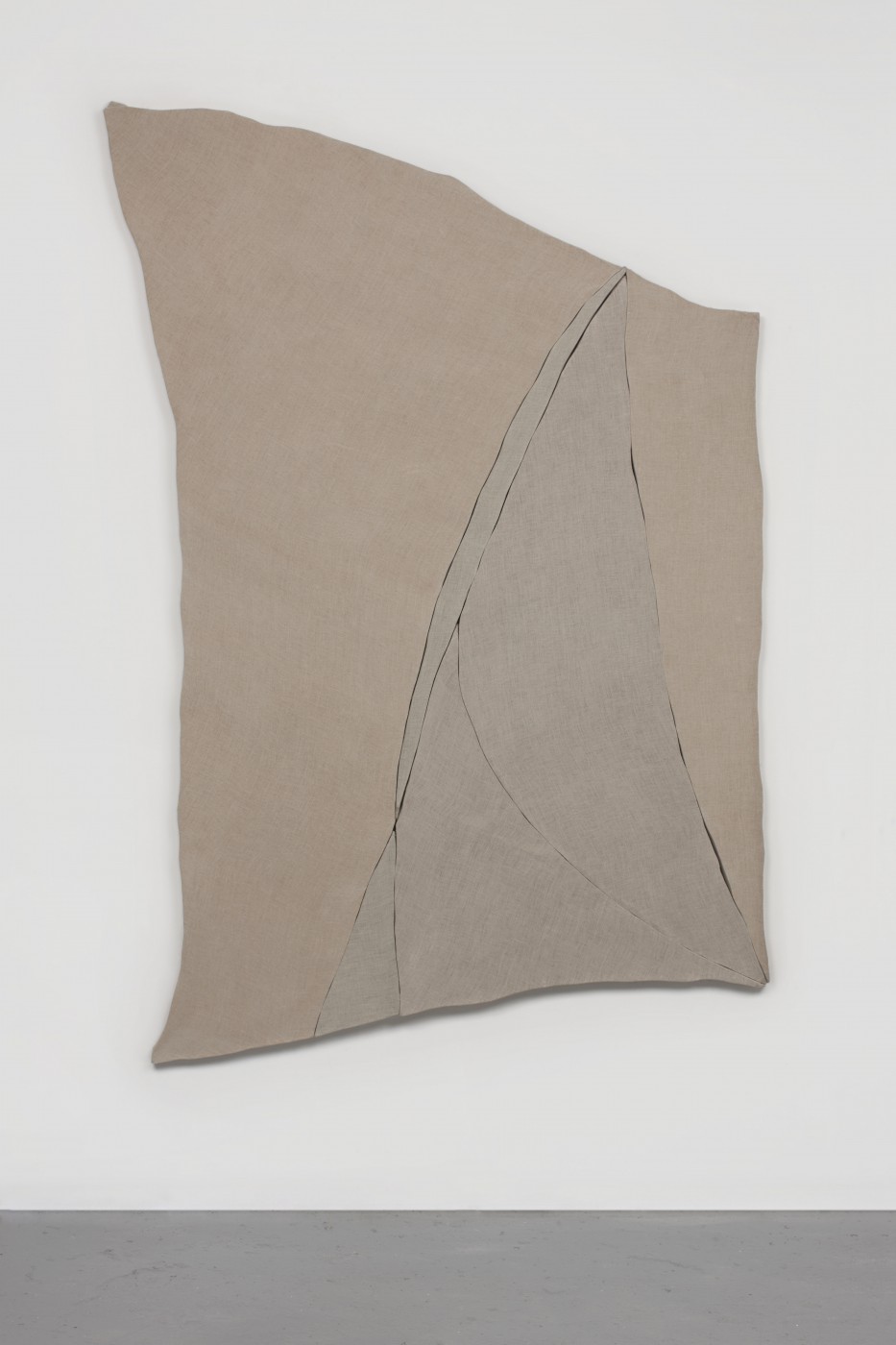 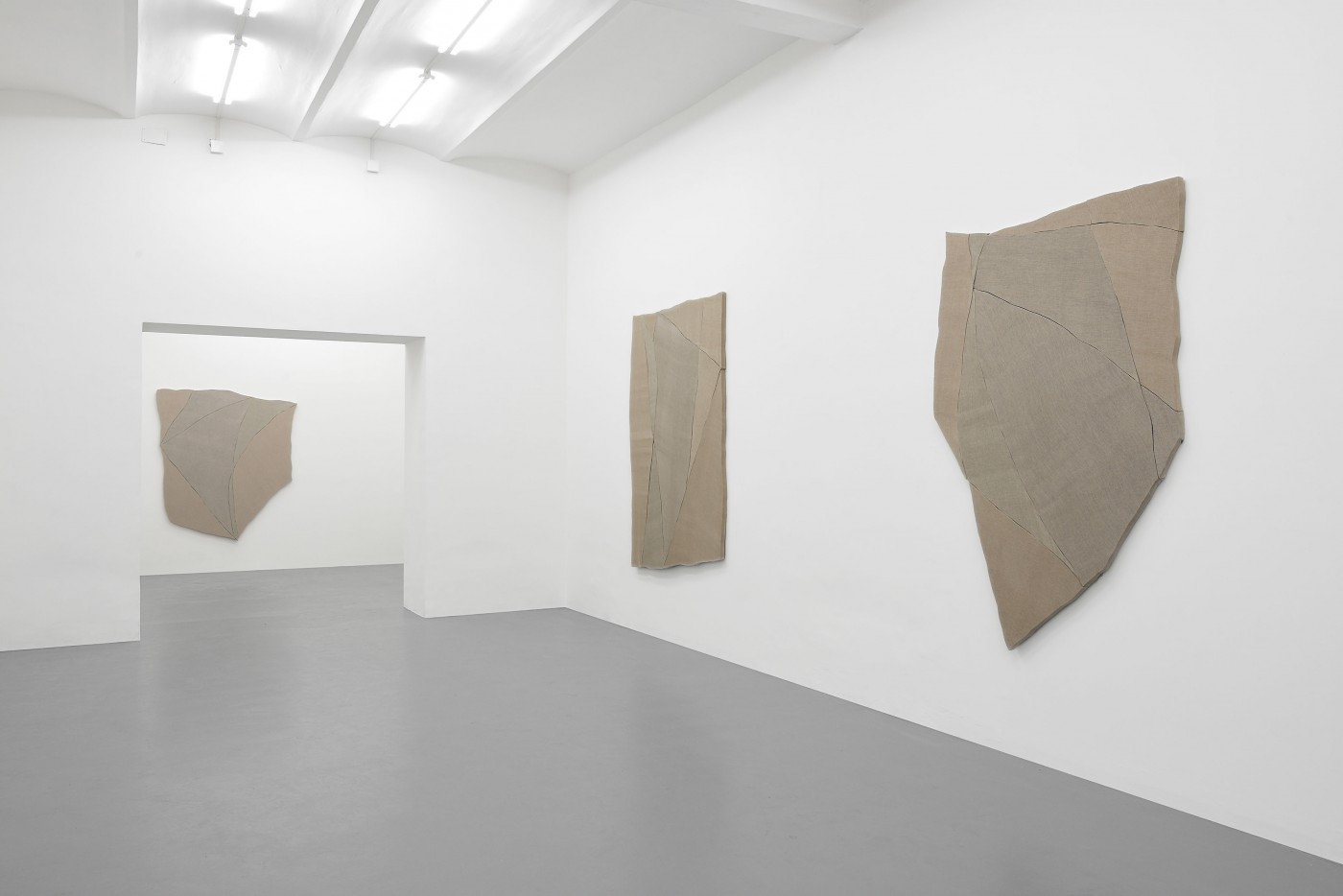 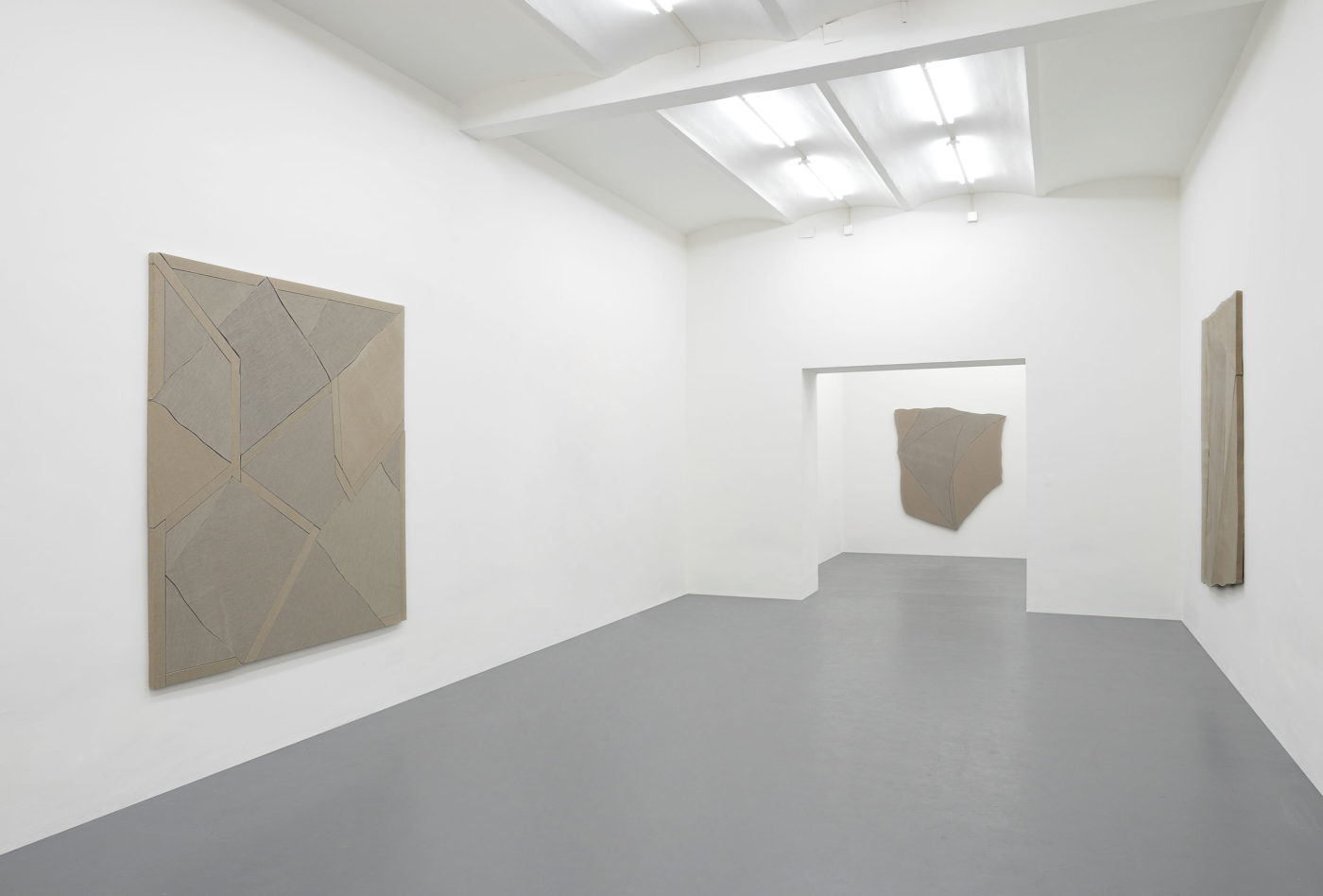 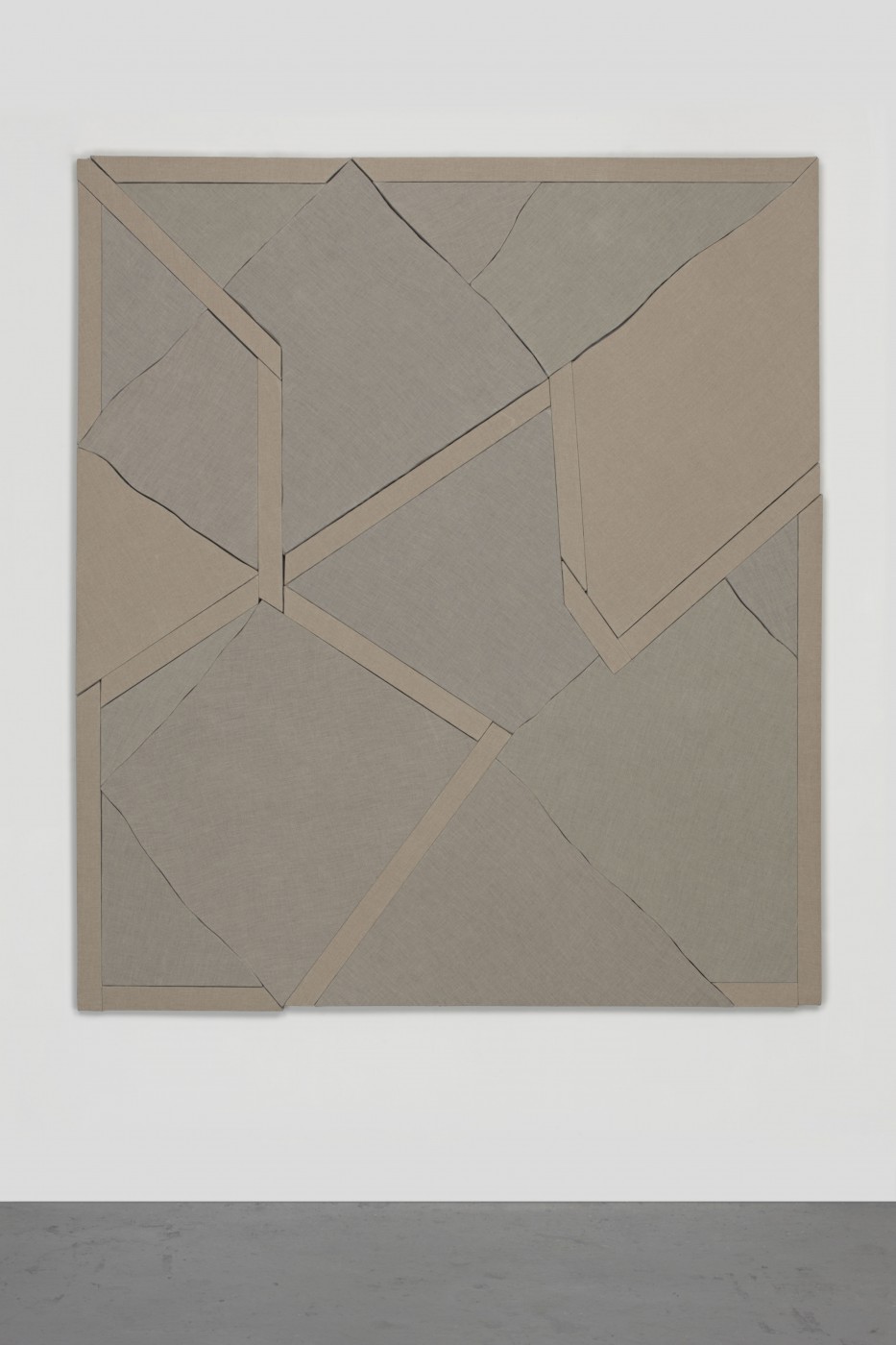 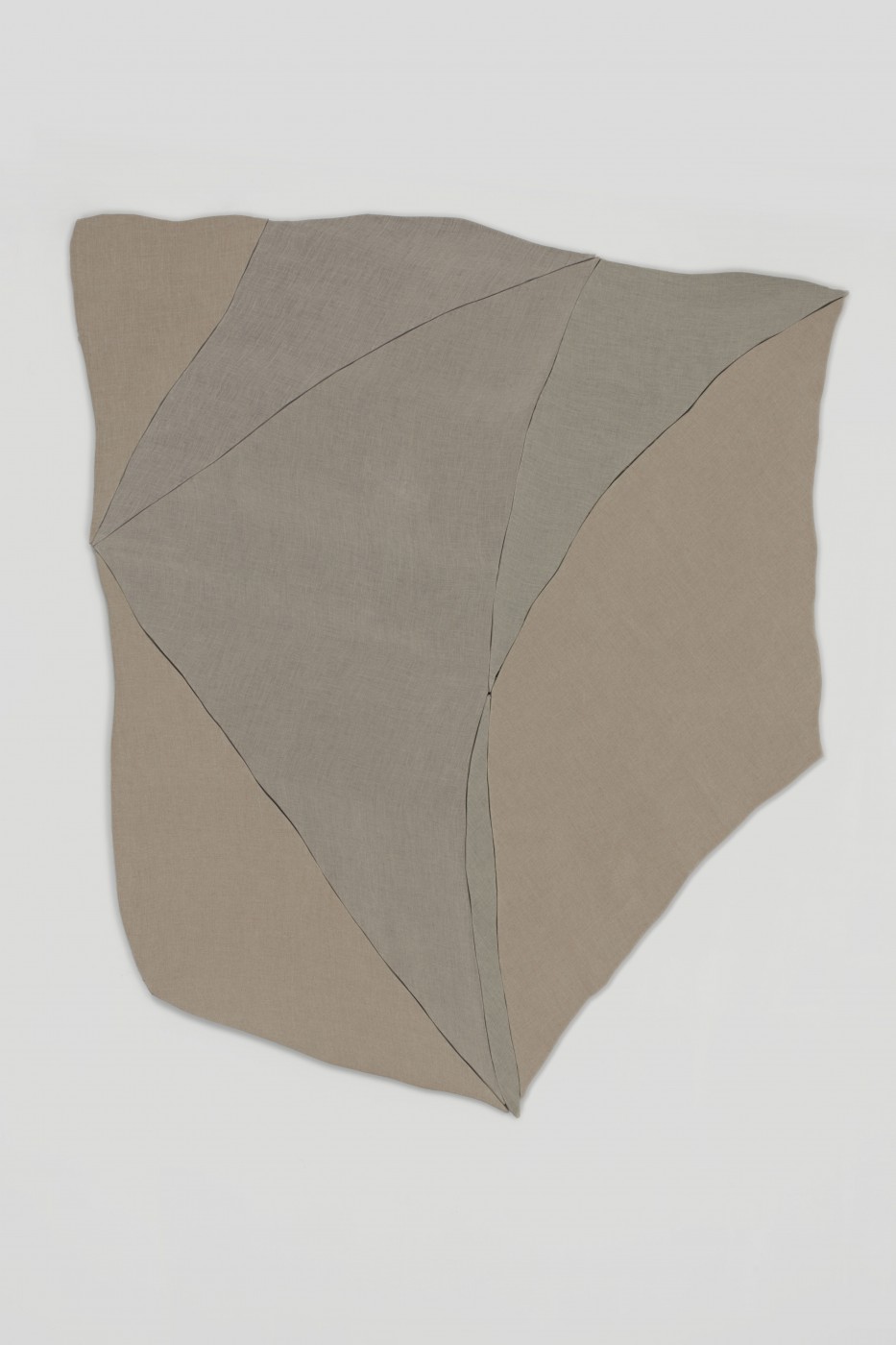 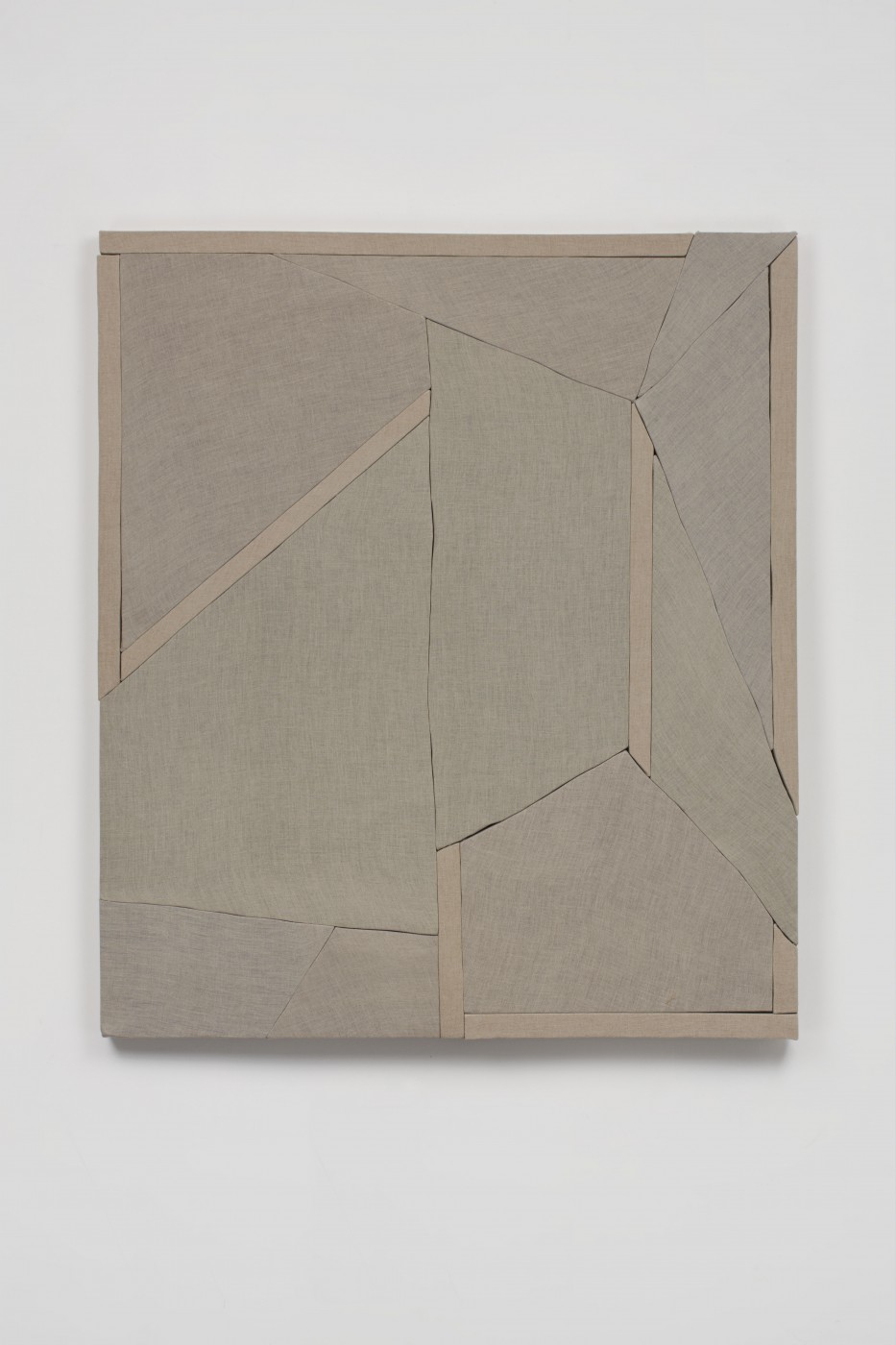 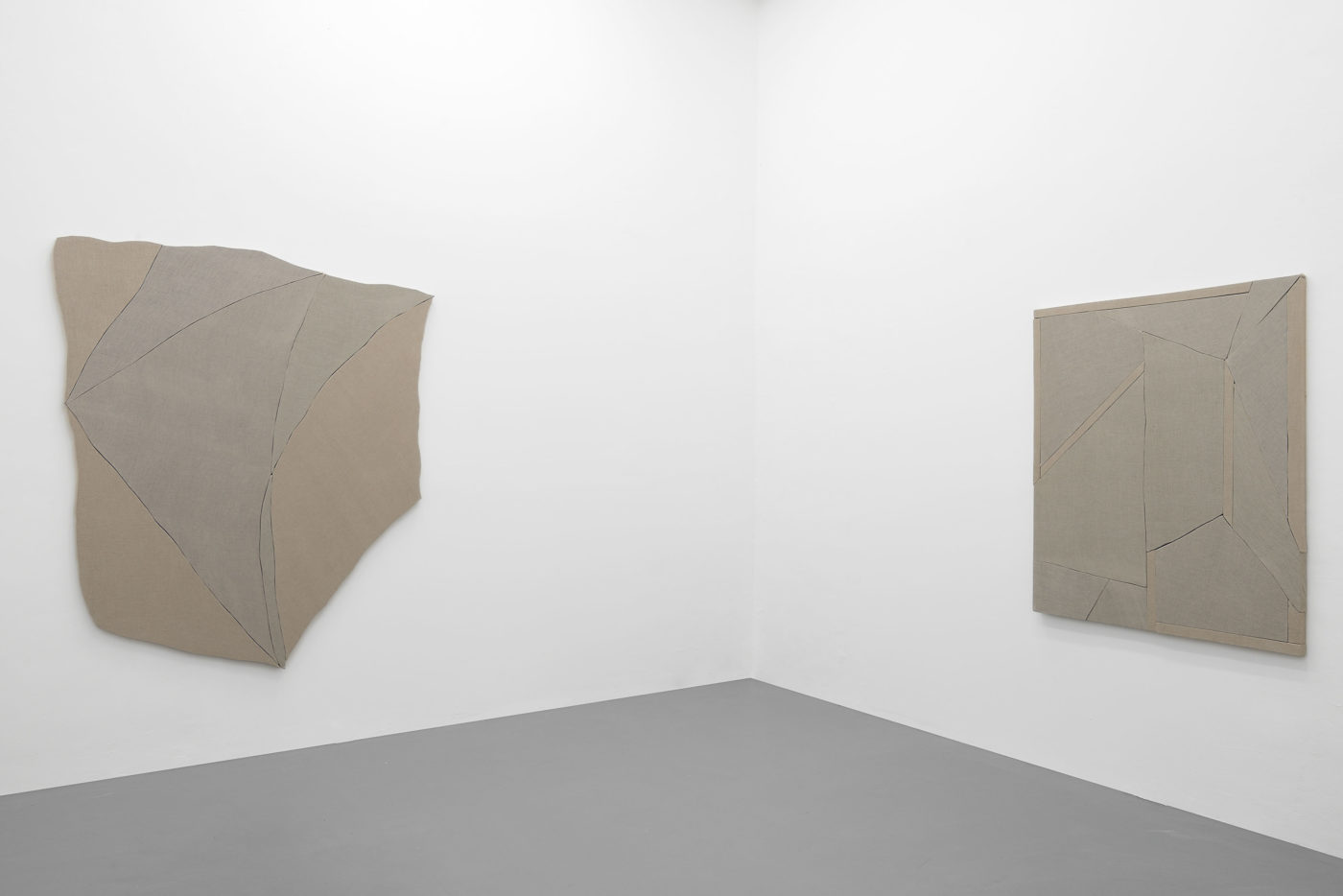 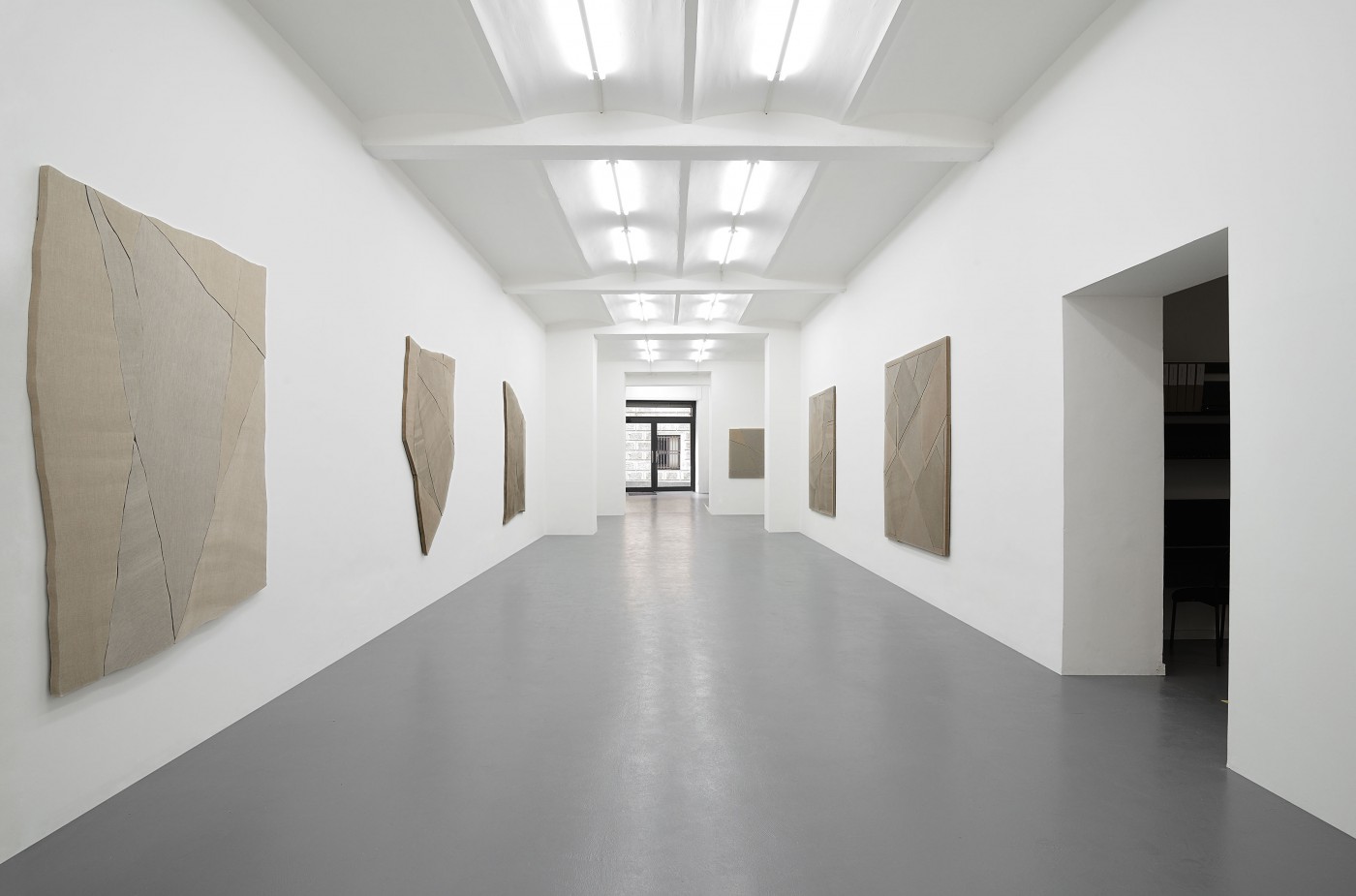 Wyatt Kahn creates his works by assembling a series of individual panels, different in dimension, size, and shape, juxtaposed to create the illusion of a two-dimensional linear composition. Throughout all of his work, he uses different art devices to create a dichotomy between flatness and the illusion of depth. Informed by traditional painting techniques developed to create the illusion of three-dimensionality, the artist stretches each panel twice, first with brightly colored canvas, then with thin linen, so the actual color is barely visible. This creates a similar effect as a wash of color or varnish.

The exhibition features two different series of work: one is characterized by straight exterior edges that form traditional rectangular forms, while the other features strange organic exterior shapes and organic lines throughout.

The first series of works is influenced by windows and interiors. Straight edges exist on forms that reference a frame. However, this frame structure is often broken by the interior organic forms. The combining of straight and organic line-forms gives the illusion of the straight edges being in focus and the organic edges being out of focus. With an interest in making paintings that refer to the limitations of vision, Kahn uses approaches from photography to create dynamic compositions and complex works that can be read flat or with the illusion of depth through variations of “focus”.

The second series is influenced by rock formations and wide terrestrial expanses. This series exists as a close-up of or cut-out of the other series in this exhibition. It also refers to Kahn’s earlier series of stained works, as it reintroduces the idea of forms gaining tension through the illusion of compression. It’s as if the green forms in each of these works are being compressed by the other forms around them. This series also clearly shows Kahn’s interest in the irregularity and imperfection of the process that leaves inconsistencies in the spaces between the panels and provides the works with a human element.