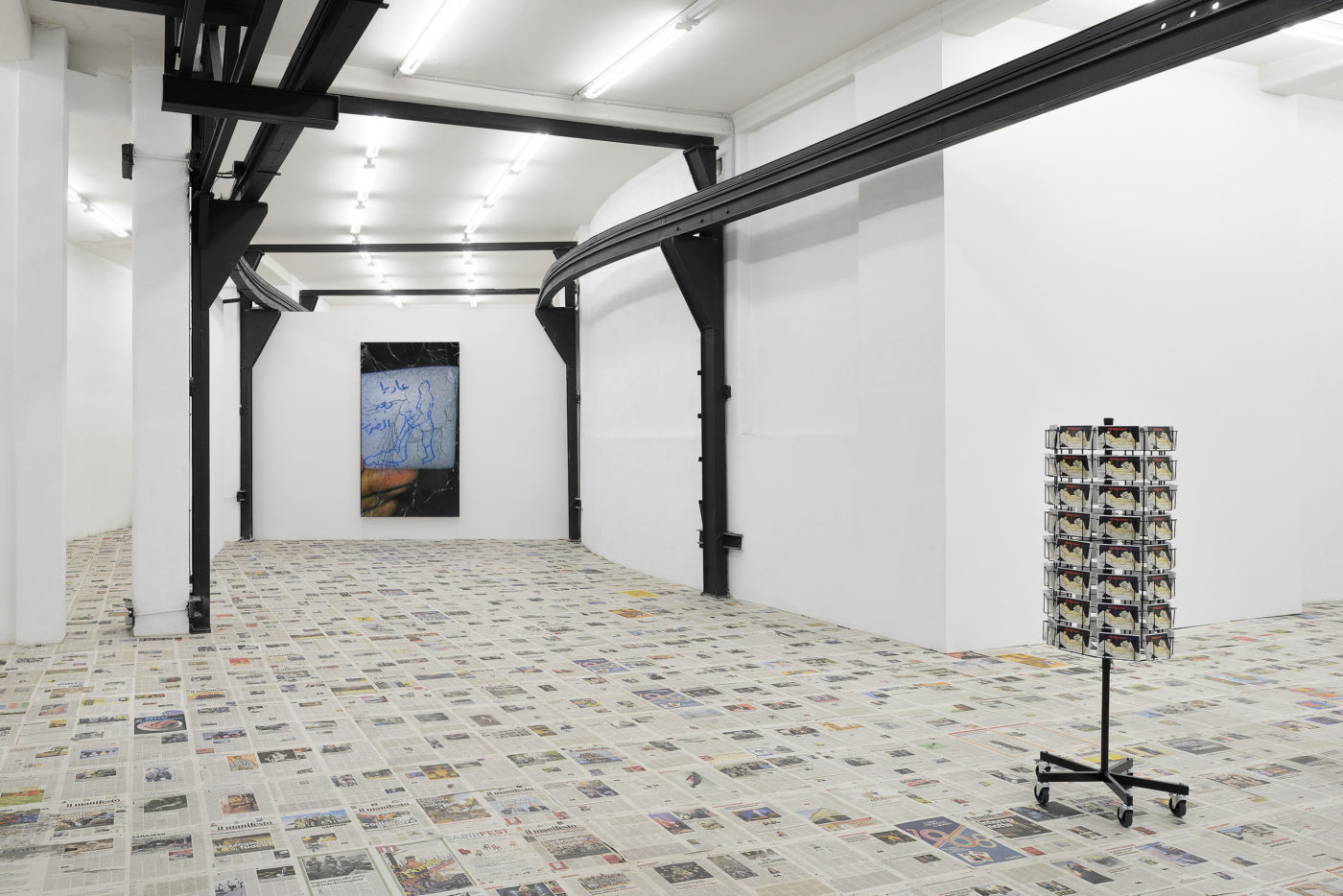 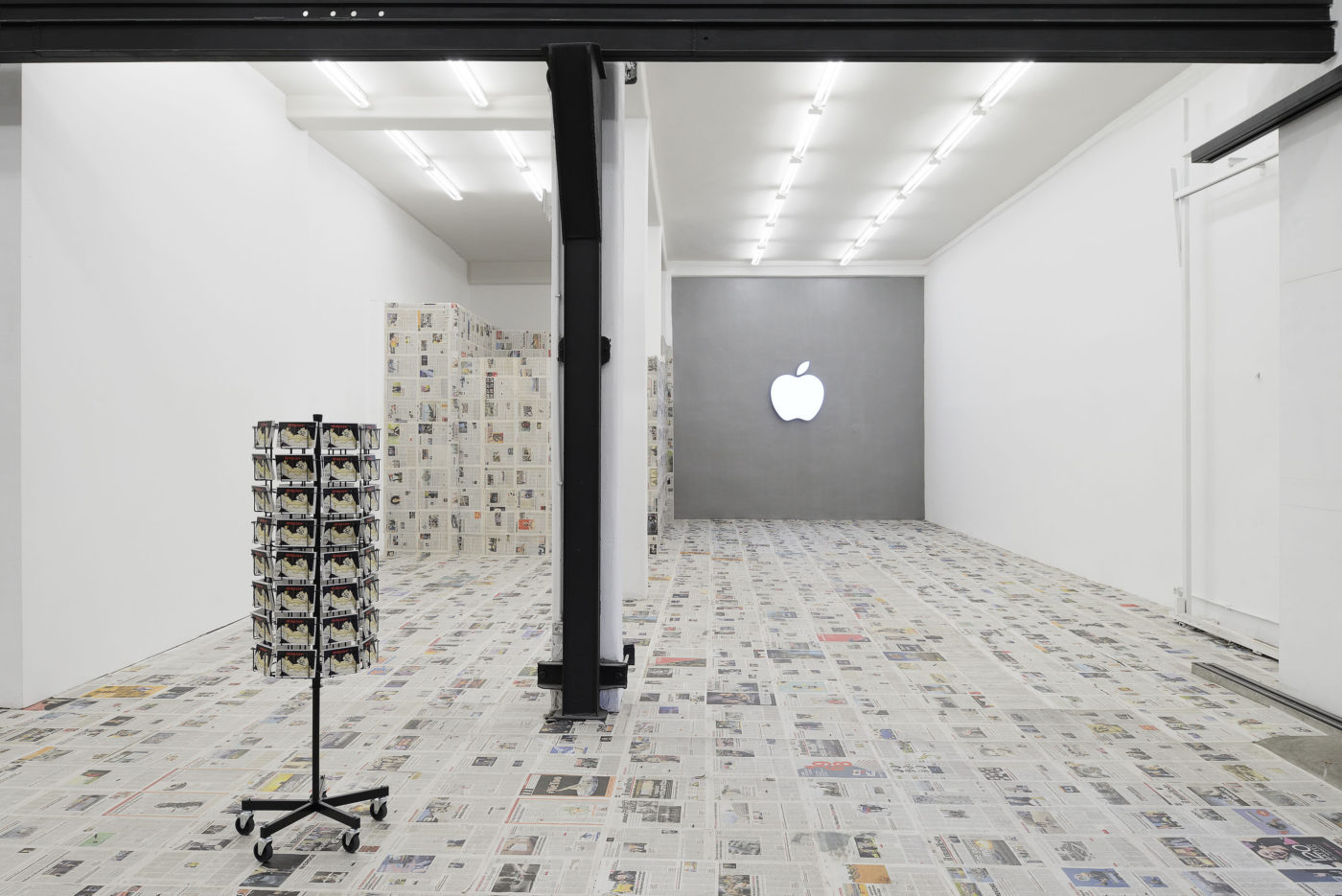 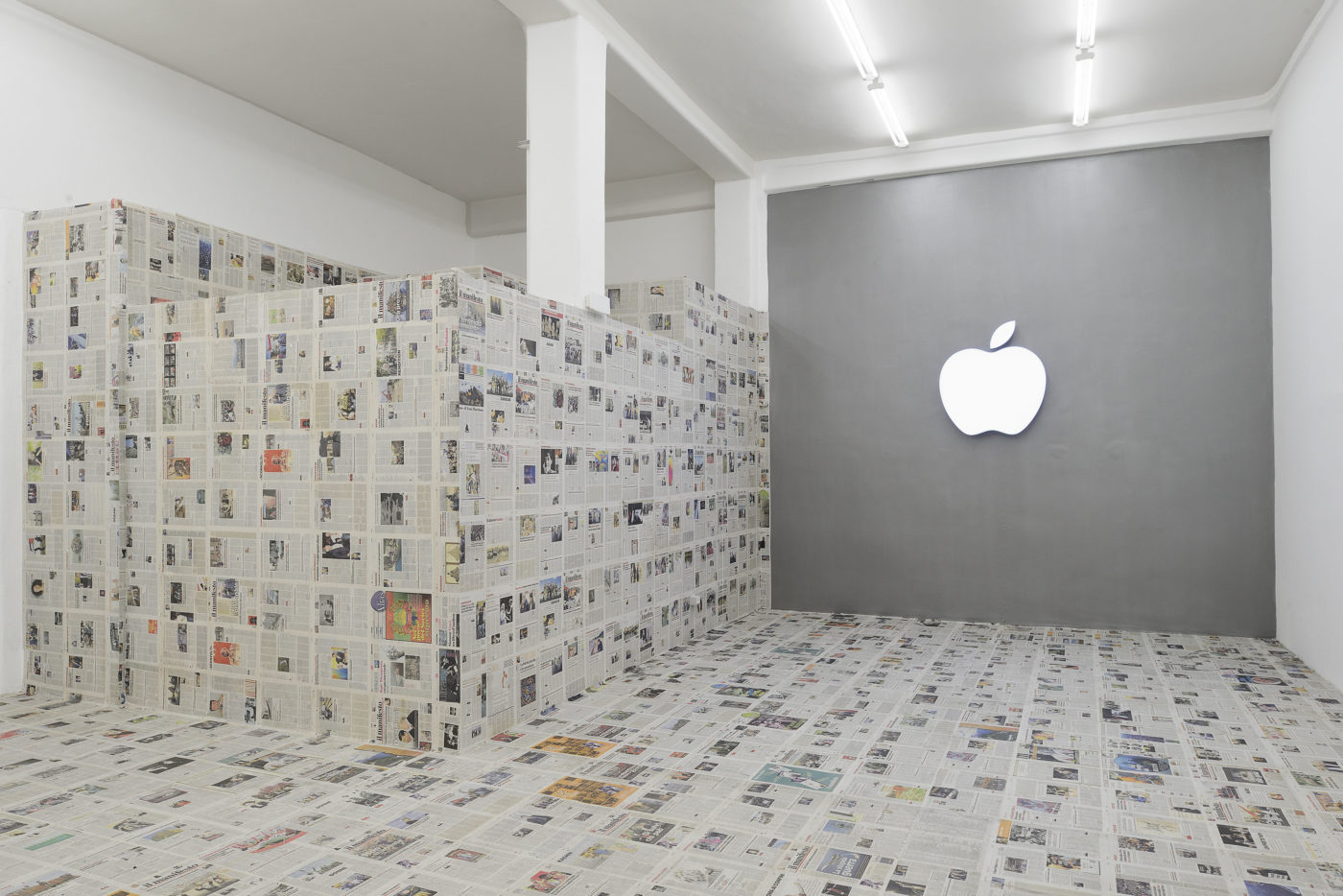 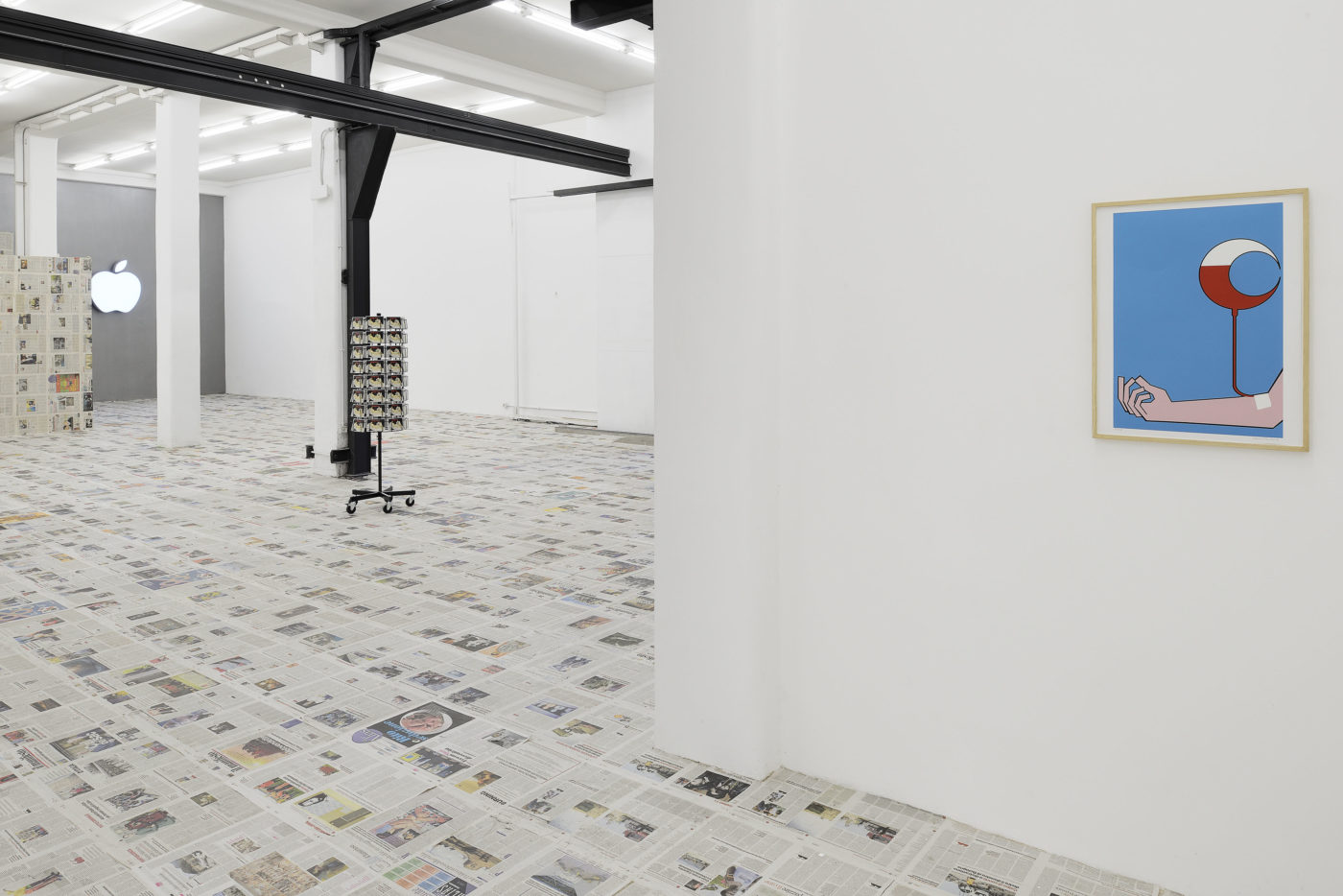 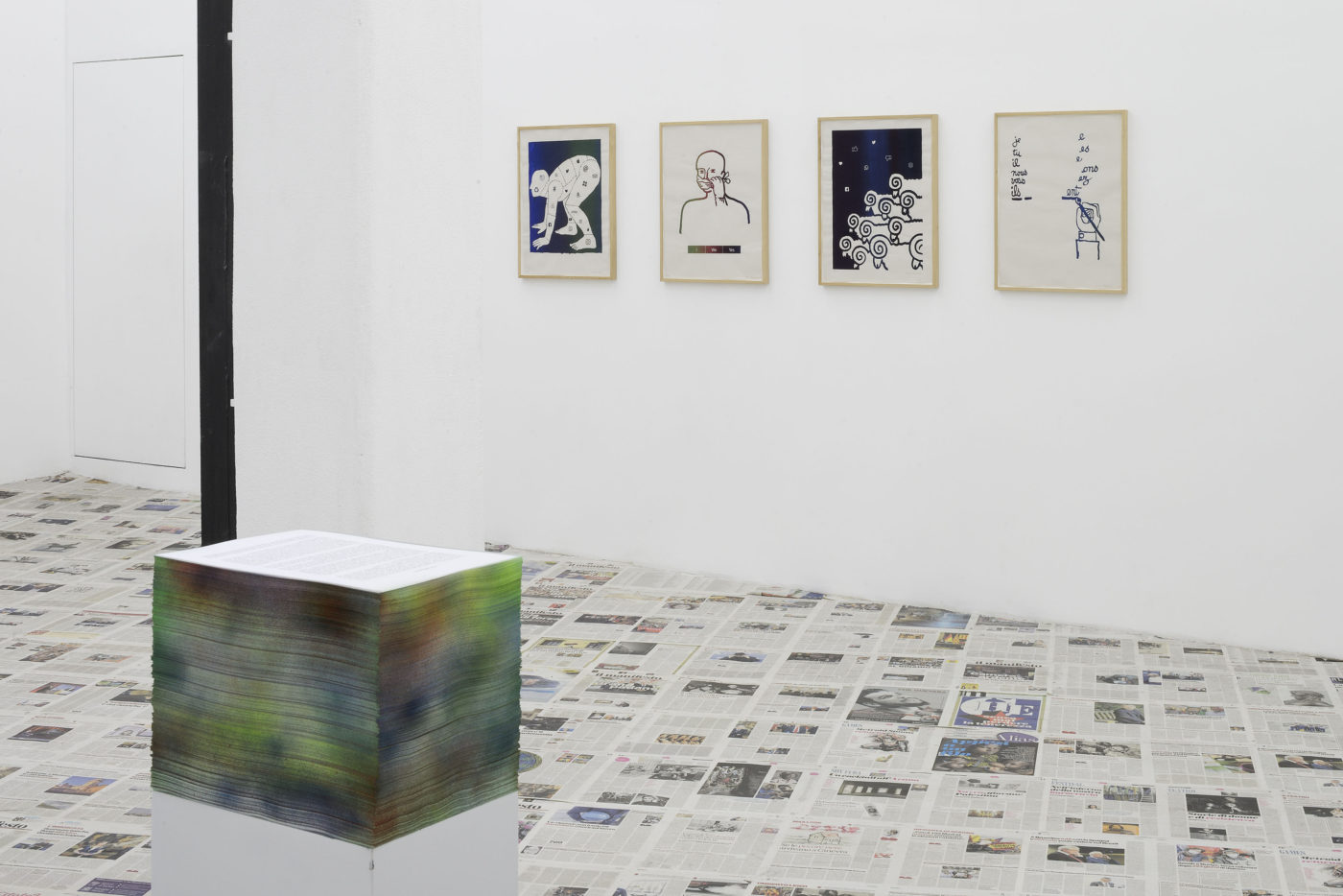 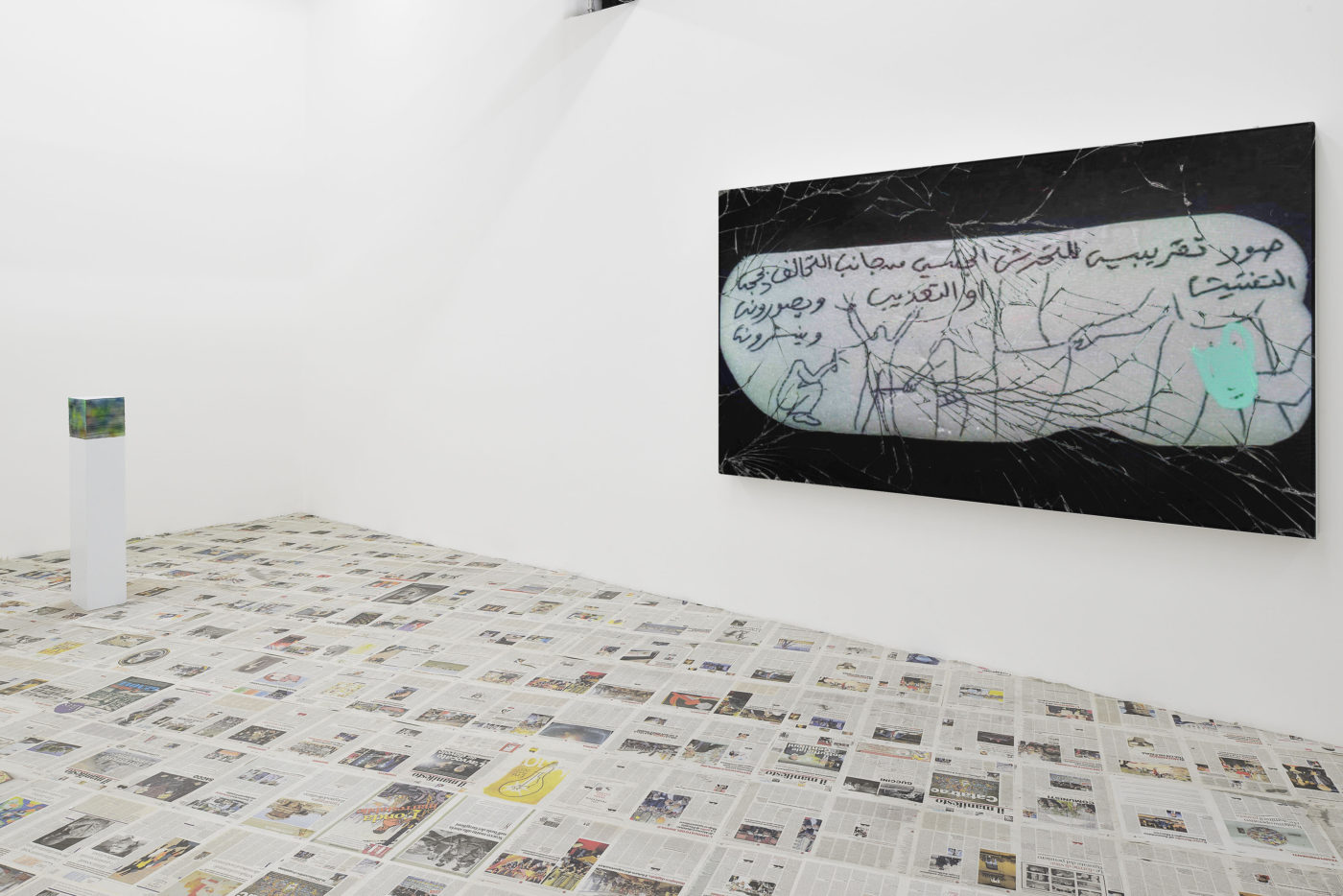 Tutto è comune (Everything is Common) is a visual meditation upon the horror of the present and the systems in place for its dissimulation. “Common” is at the same time what is frequently encountered (and is in no way exceptional) and what can be shared, and as such constitutes the very fabric of our lives. Opposing the idea of the extraordinary and the “interesting” as the natural subject for contemporary art, Claire Fontaine reconnects to the tradition of the ready-made and proposes a group of works united by the preoccupation of giving meaning to our fragmentary world, where technological solitude overshadows the material reality of human contact.

Untitled (Naked after beating) and Untitled (They sexually harass and torture then photograph and publish) are two light-boxes quoting the advertising aesthetics of airports and shopping malls, they present two images smuggled out of a Yemeni prison where the inmates report through vivid drawings and minimal writing their endured abuses. The photographs appear laddered by a net of fractures and offer us a typically contemporary experience blown-up: the observation of the world though a broken phone screen. The sculpture Evil/Good represents the familiar Apple logo without the bite missing from the fruit. The work refers to a hypothetical time before original sin when good and evil could be recognised without risk of error or confusion. Technology today is the most flagrant example of this impossible Manichaeism because it makes the worst as much as the best things realizable for humanity.

Postcard rack (#metoo olympia) is a ready-made evoking the aesthetics of the museum gift shop, it offers a free postcard to take, reproducing the famous and controversial painting by Manet with the tag #metoo. The work pushes the beholder to question the entire data bank of art history and painting in particular, which having been built in an exclusively patriarchal perspective is nowadays highly problematic. Olympia is one of the rare paintings from the nineteenth century where a female nude is gazing directly at the spectator with defiance and malice. The sentence #metoo obviously partakes in the ambiguity of the painting where the black maid is also submitted to patriarchal, economic and racial domination; the sentence belongs as much to the white prostitute as to the maid who is holding the flowers.

Newsfloor (Il Manifesto) is a site-specific installation realized with contemporary copies of the Il Manifesto newspaper, which covering the floor with newsprint transforms the white cube into a space where the artworks “float” on written words as if some renovation or wall painting was taking place in the exhibition space. The artist’s gesture also implies that the use value of printed media is undergoing a crisis and that freedom of expression is less and less guaranteed.

On the occasion of the fiftieth anniversary of ’68 Claire Fontaine has revisited some of the iconic posters that were printed at the Beaux Arts’ studios in Paris, including the existing imperfections of the original silkscreens in the ones of her own production, the artist has created détournements that decline the themes of the oppression of the time translated to the era of social media.