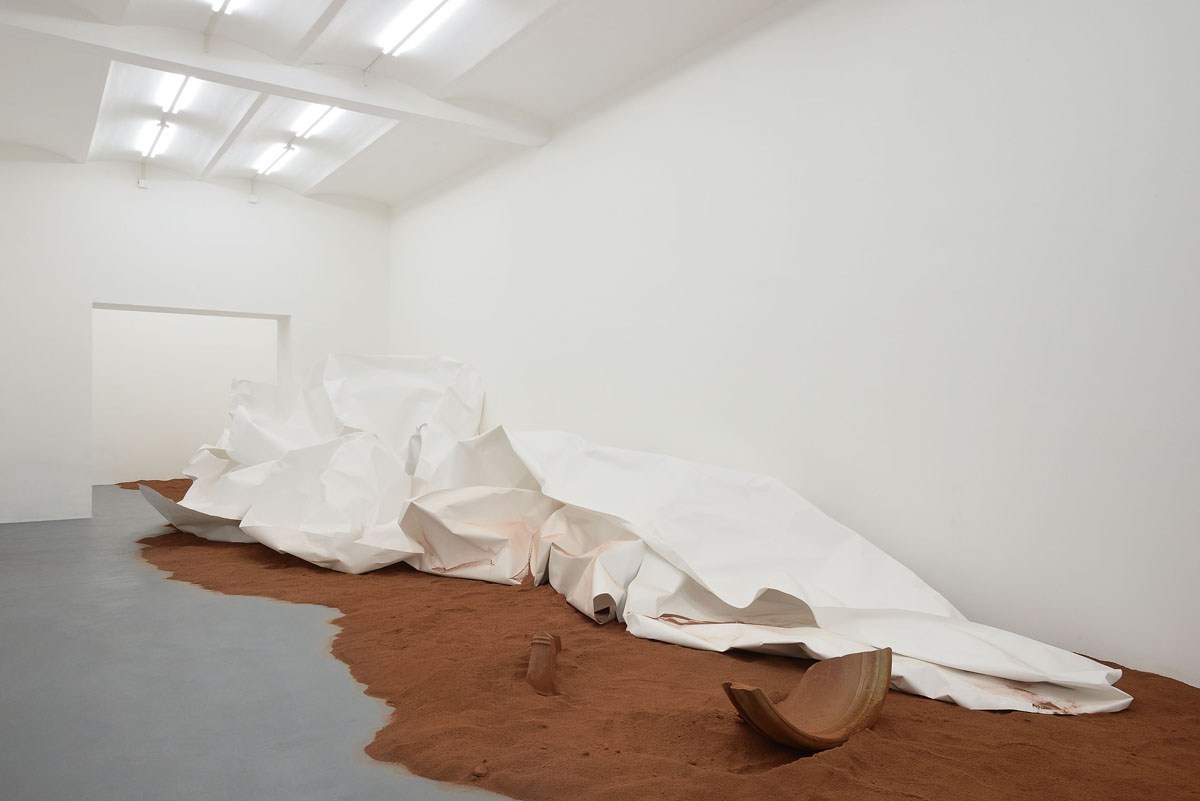 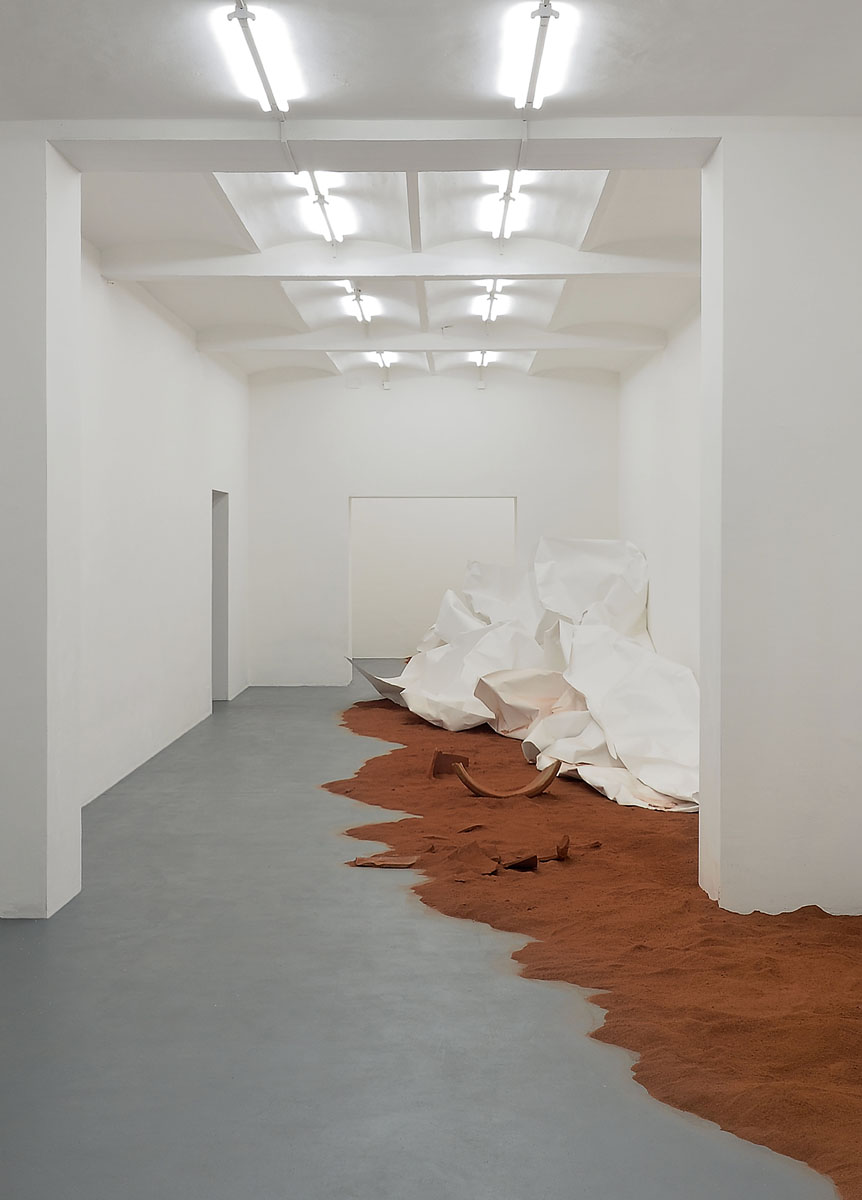 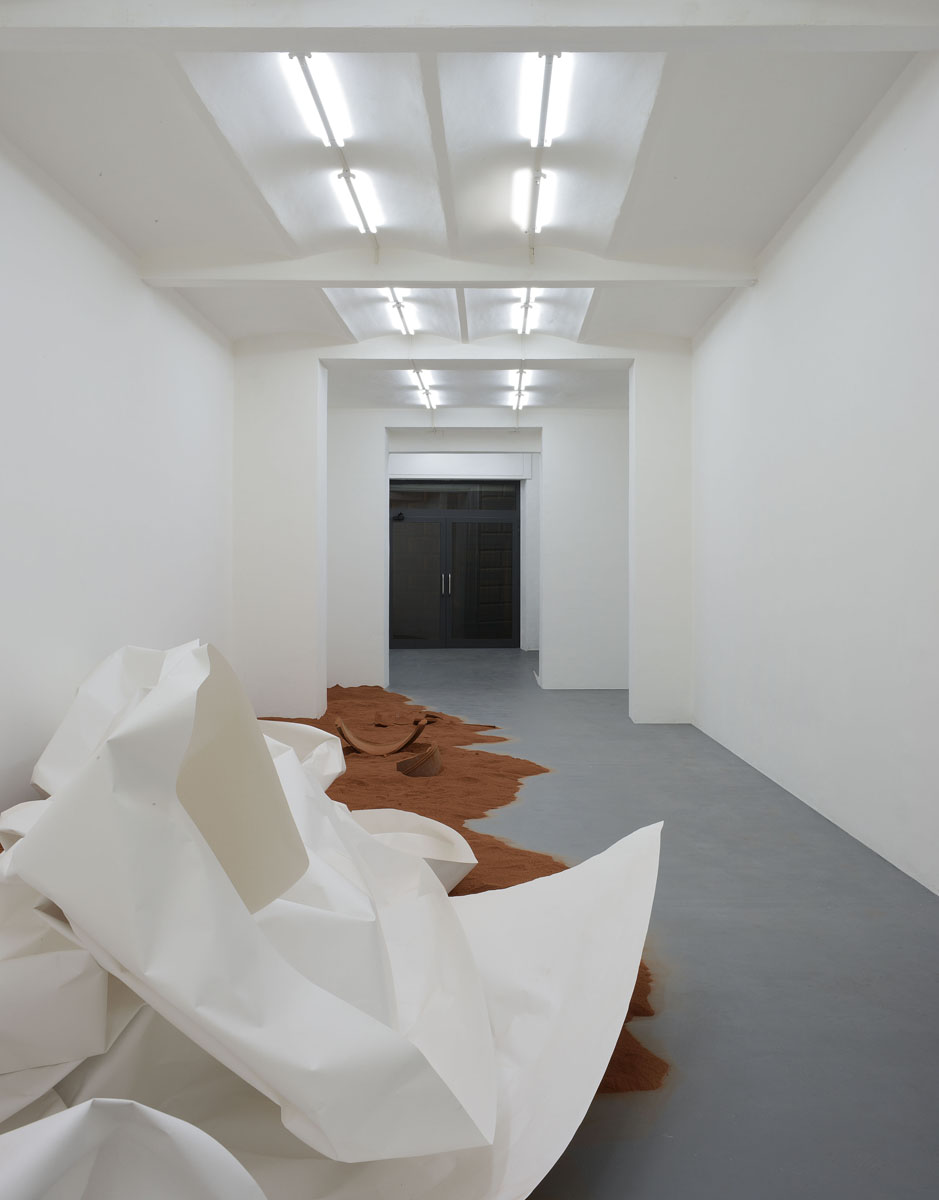 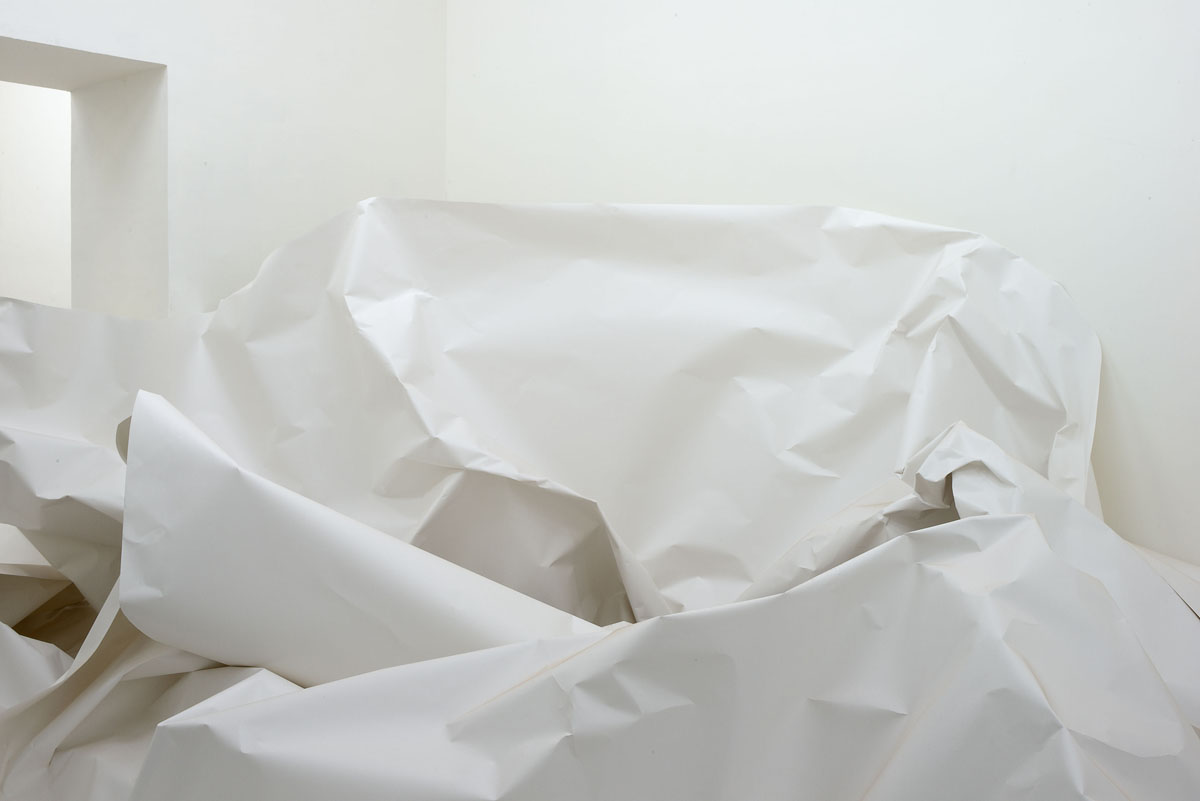 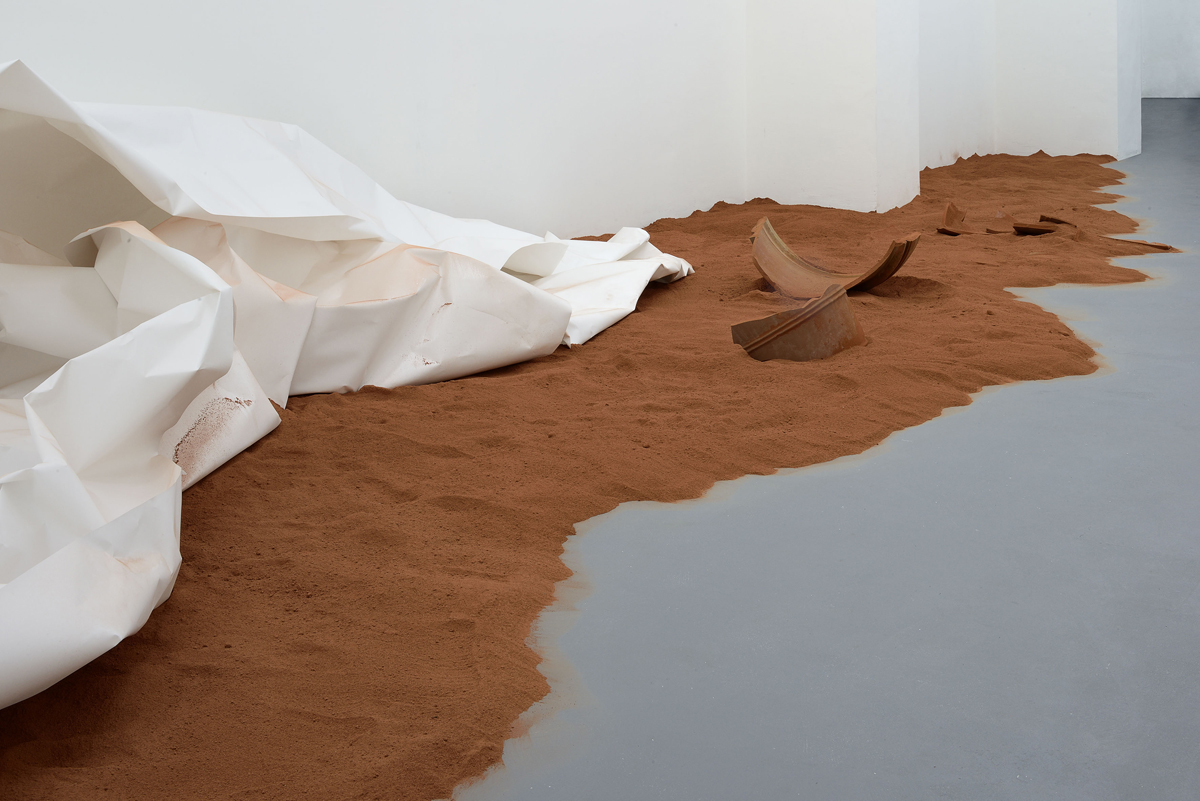 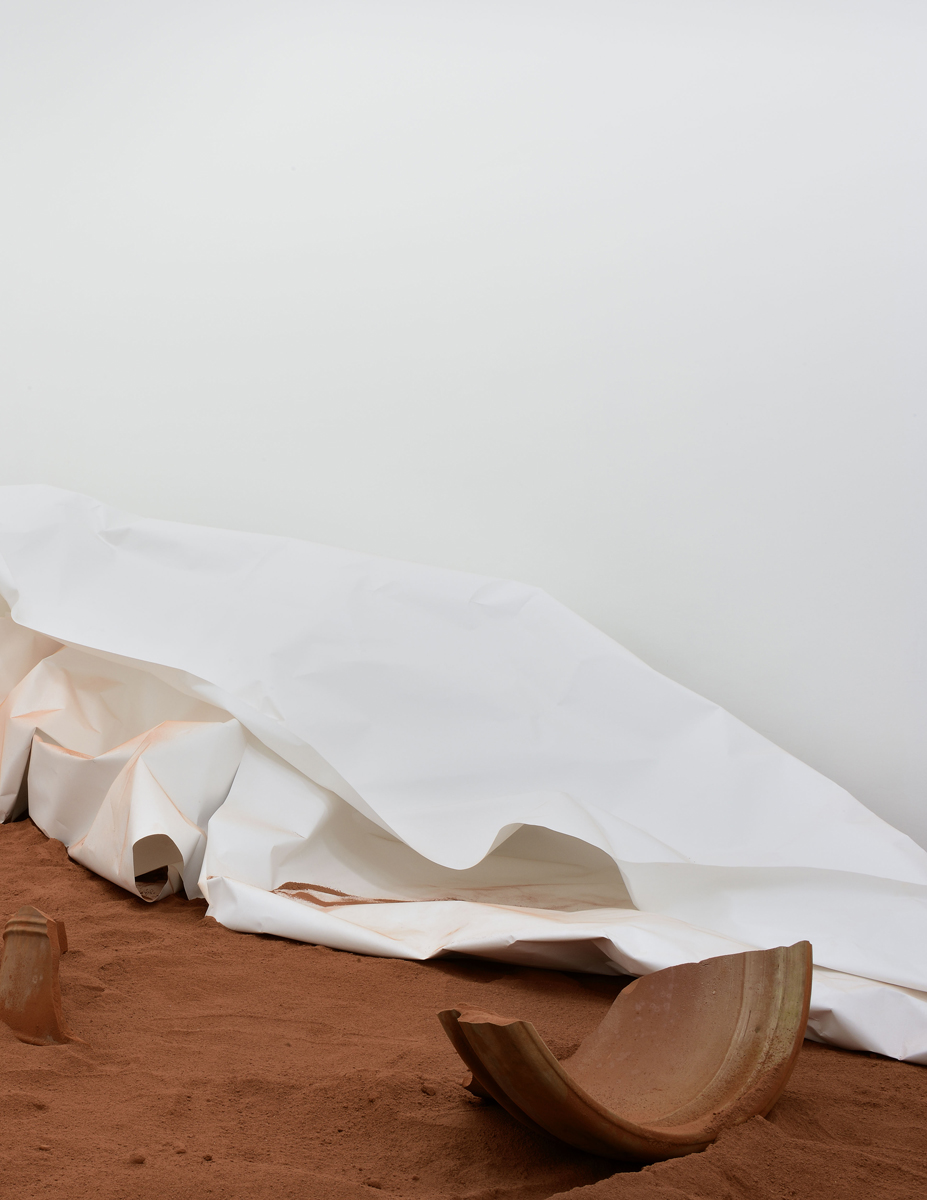 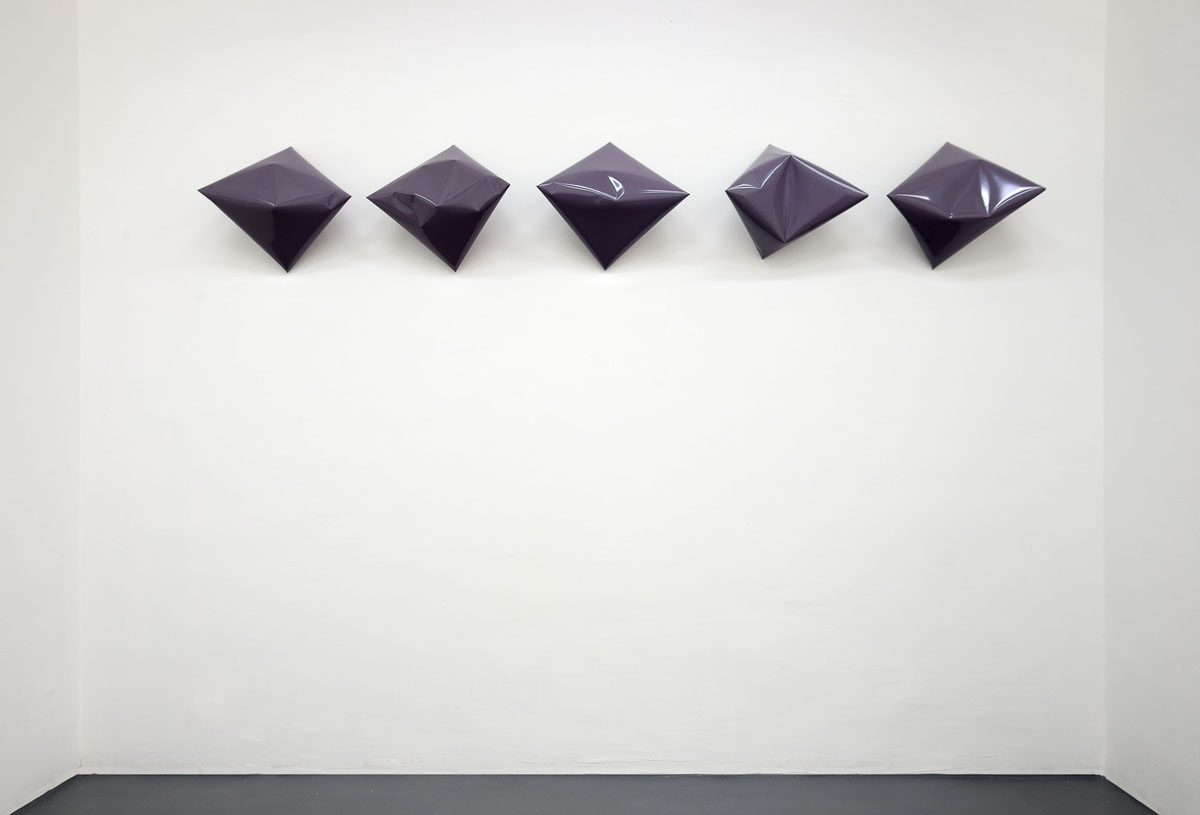 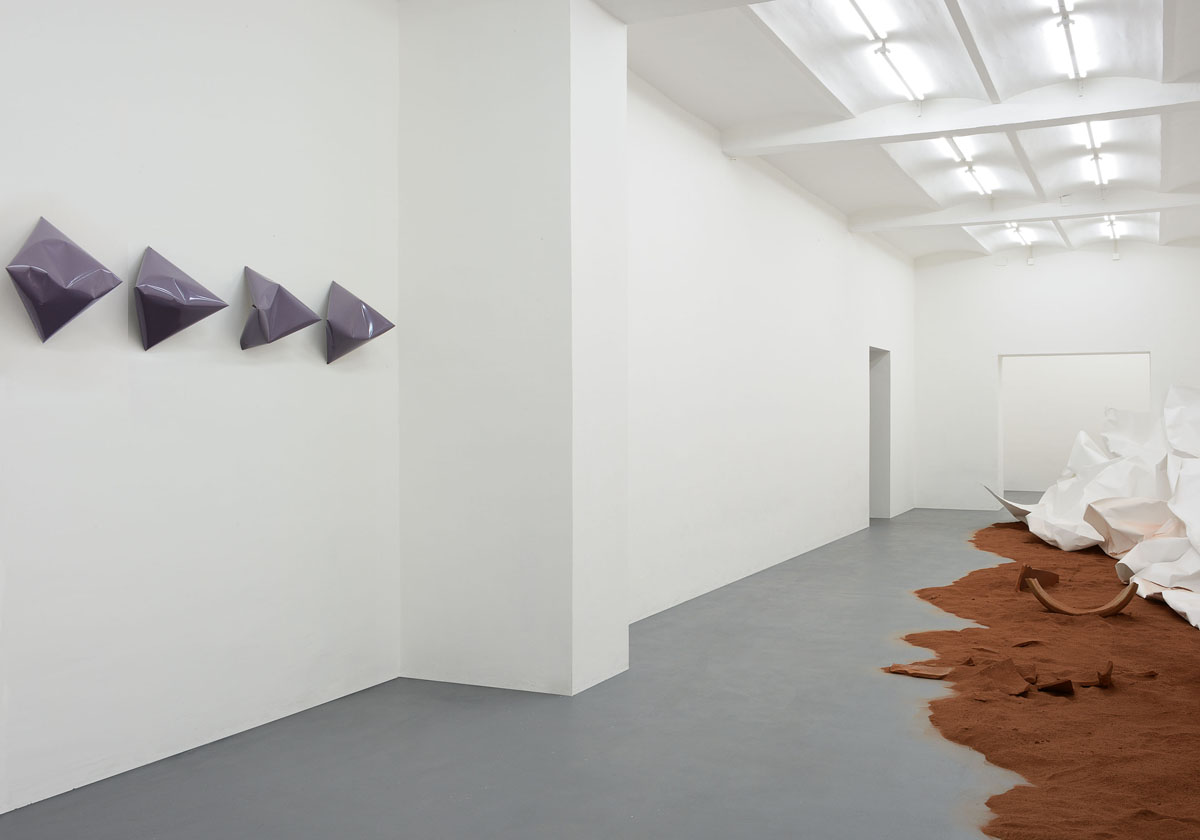 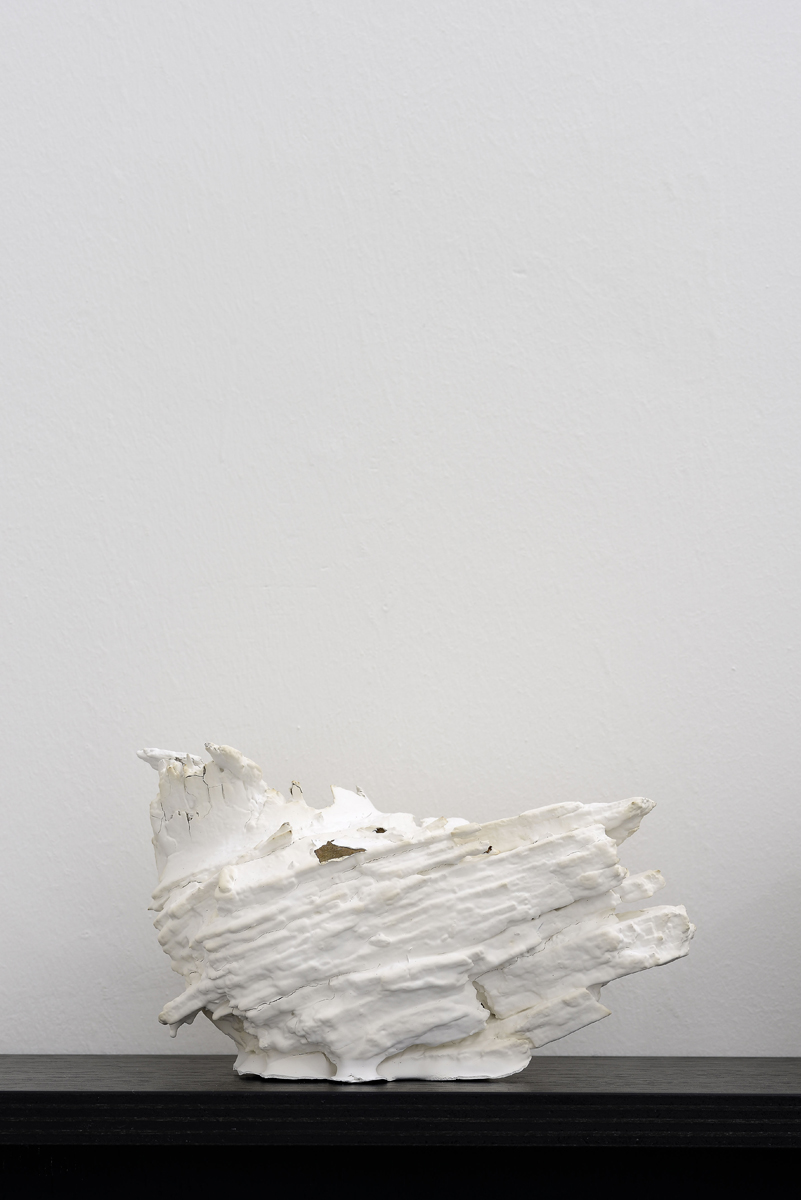 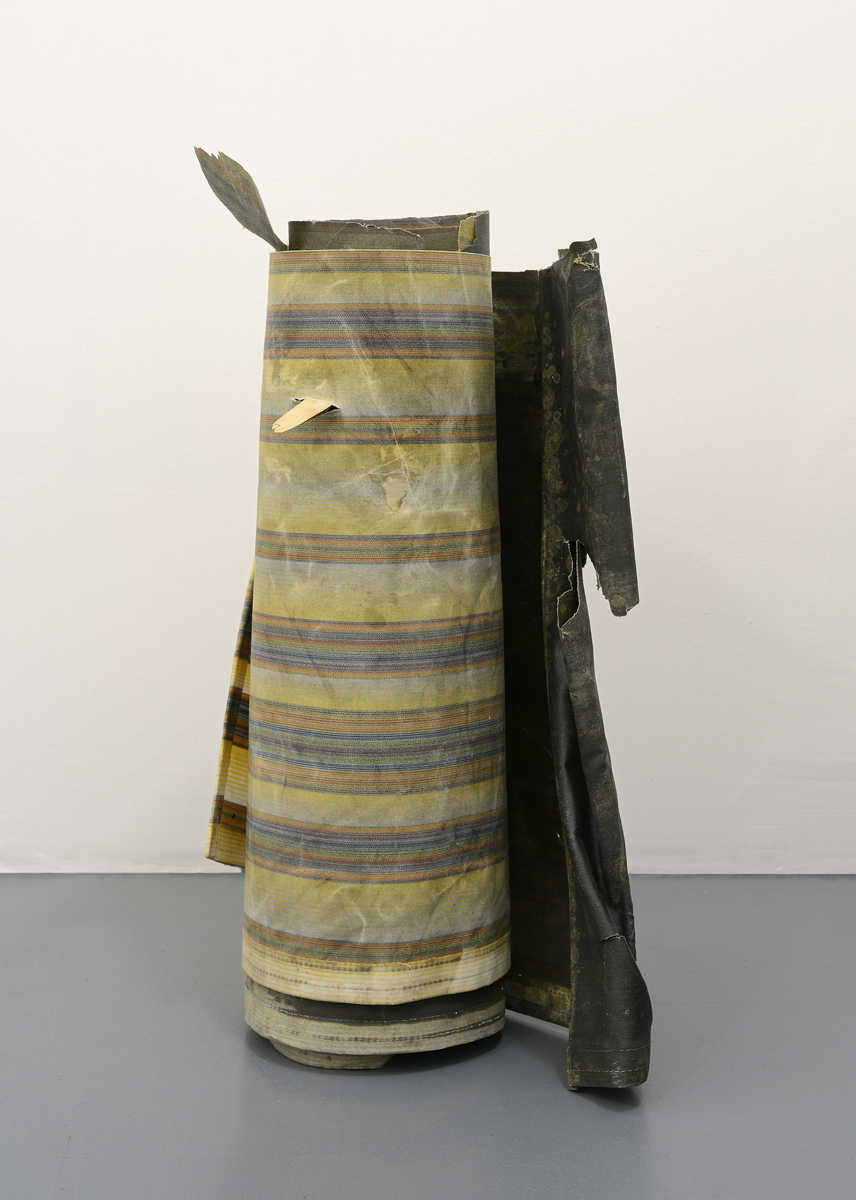 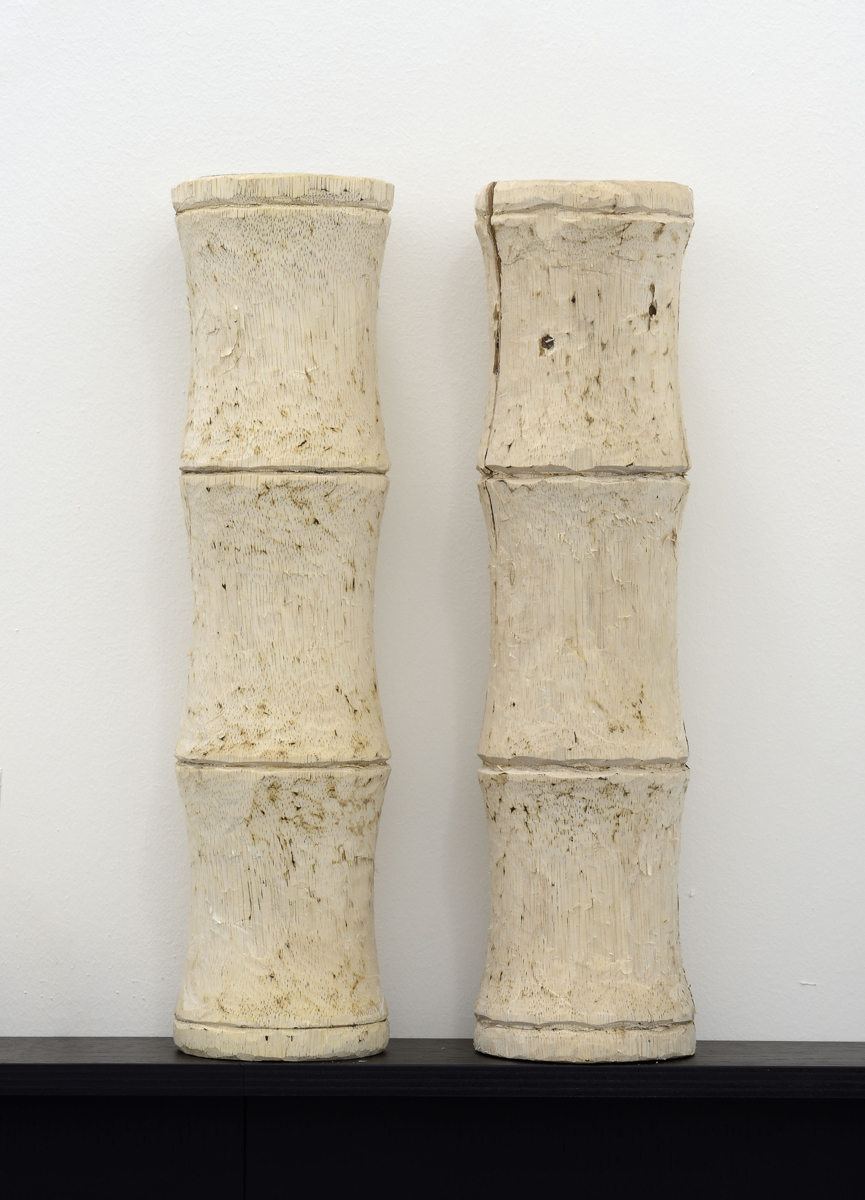 On the occasion of her first solo show at T293 the Swiss-Tunisian artist Sonia Kacem presents a site-specific installation in several volumes, evoking the fundamental issues related to sculpture and more specifically those of the dematerialization and the decomposition of classical forms.

Composed of clay sand, photographic paper backdrops and fragments of clay pots, the installation spreads along the lines to the vanishing point of the long corridor of the gallery. The mounds of dirt break up upon the flows of air and the passage of the audience, resembling a deserted plain; the “baroque” drape sags as gravity exerts its force; some sculptures made of photographic paper wither in a darkening process.

A time of latency results from the ensemble, opaque and indeterminate, and the installation, in the manner of a Beckettian Dramaticule, plays in a short time and in an atmosphere of post-catastrophe. Before being synonym for disaster, destruction or misery, the catastrophe, in the Greek theatre, was the last of the five parts of the tragedy and it represented the outcome solving a knot of antagonistic forces that blocked the theatrical action. It referred to that abrupt moment that turns a situation of tension or crisis into a state of final resolution, a happy or sad ending.

Besides, the fragments of clay pots seem to form the remains of a building that could be experienced by visiting an ancient city like Rome, characterised by a theatrical aesthetics where it seems drama is being performed at each corner. Fused with concrete roads, archaeological ruins complement the traces of ancient decor distinguished by obsolete monuments like the Pantheon. A collapsed column, snippets of a temple, a few scattered stones – archaeological remains that can be observed from an high or low angle, such as a freeze frame of an historical film.

A development that refers to the concept of territory as palimpsest, in which the multiple layers of urban organizations of the past draw the contemporary face of the city. An archaeology that can be read over and under the walls of the city, telling of an ancient and distant time towards which abstract and vague thoughts develop.

Sonia Kacem was born in Geneva in 1985 and studied at the Haute Ecole d’Art et de Design of Geneva.