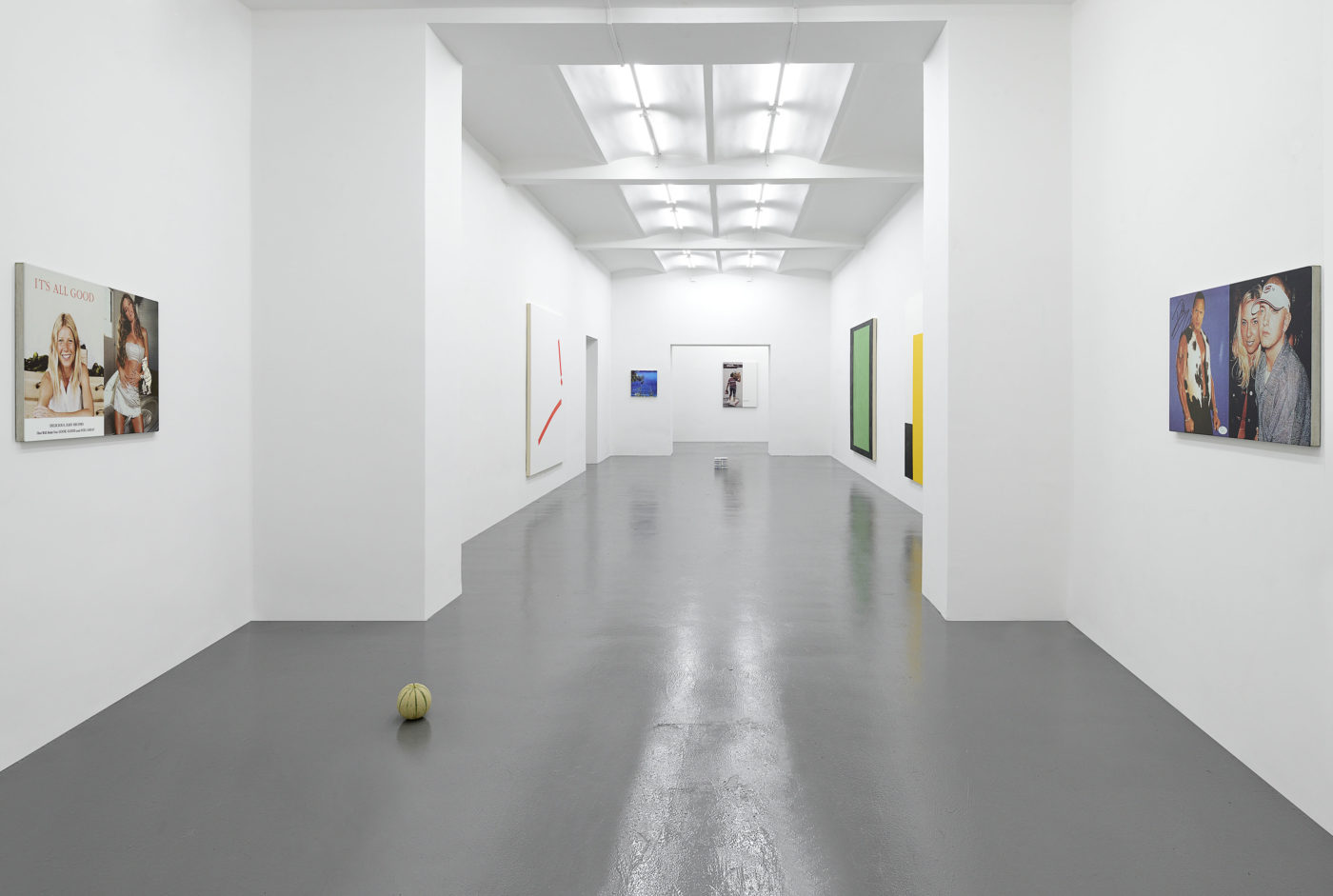 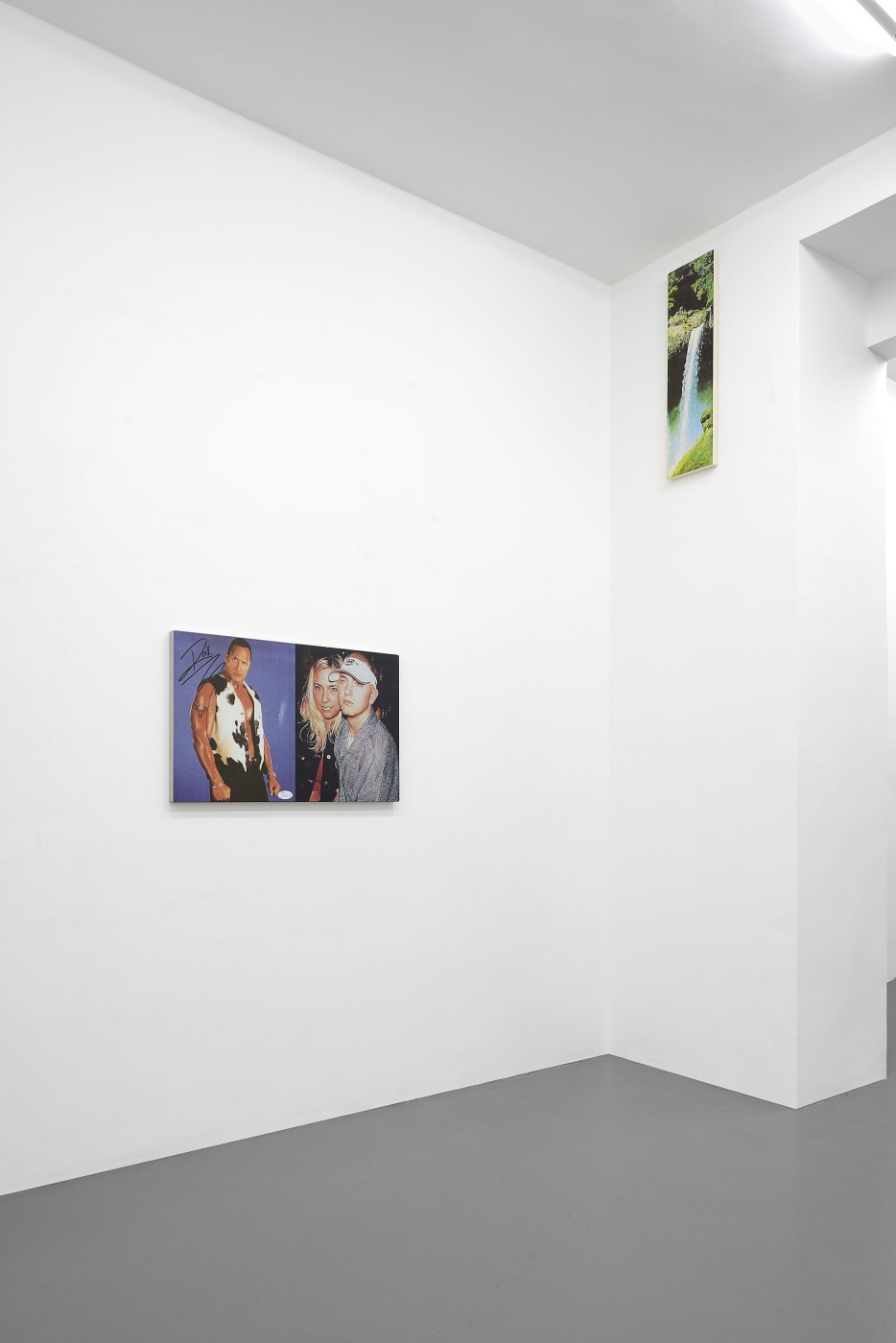 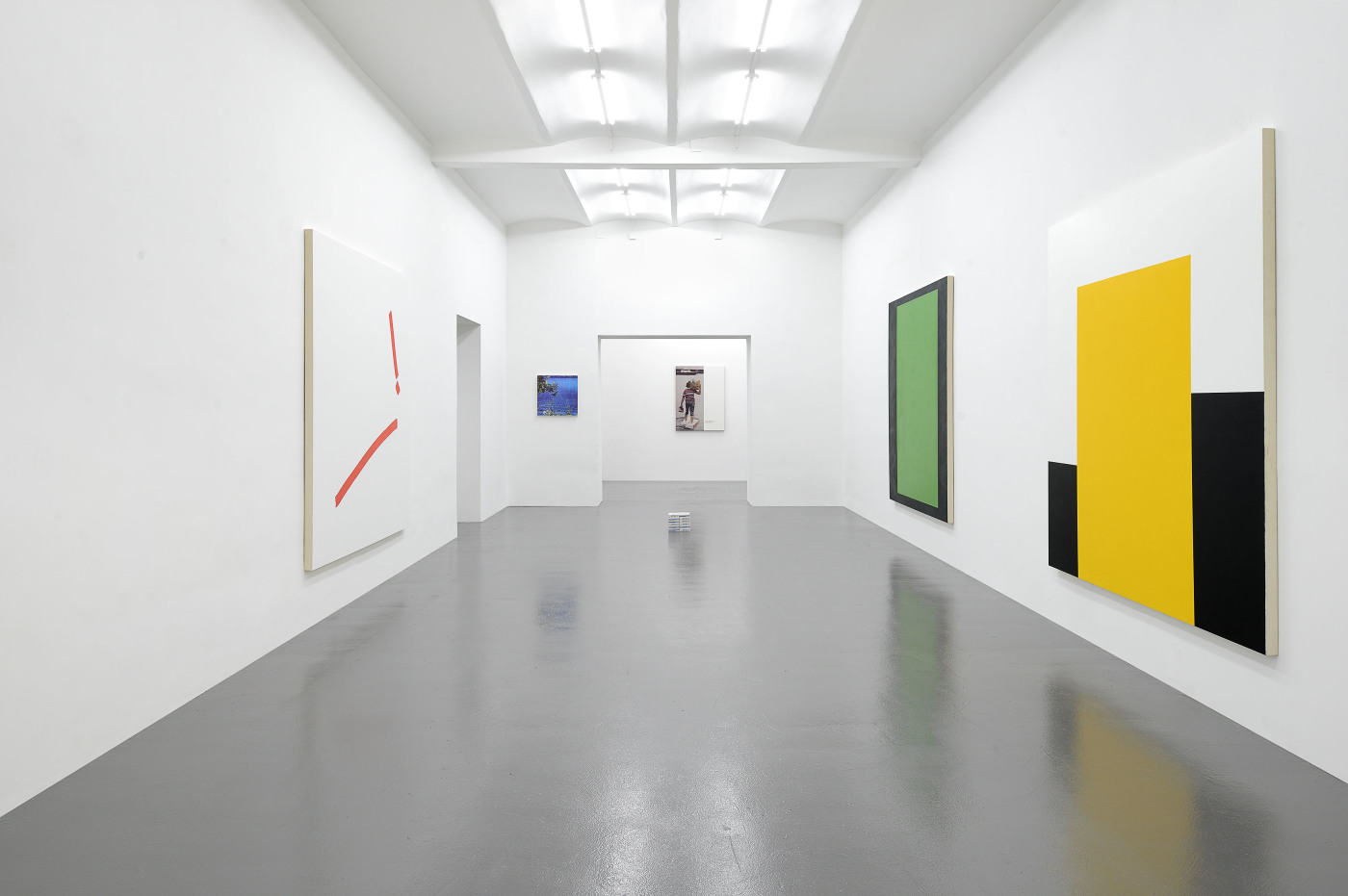 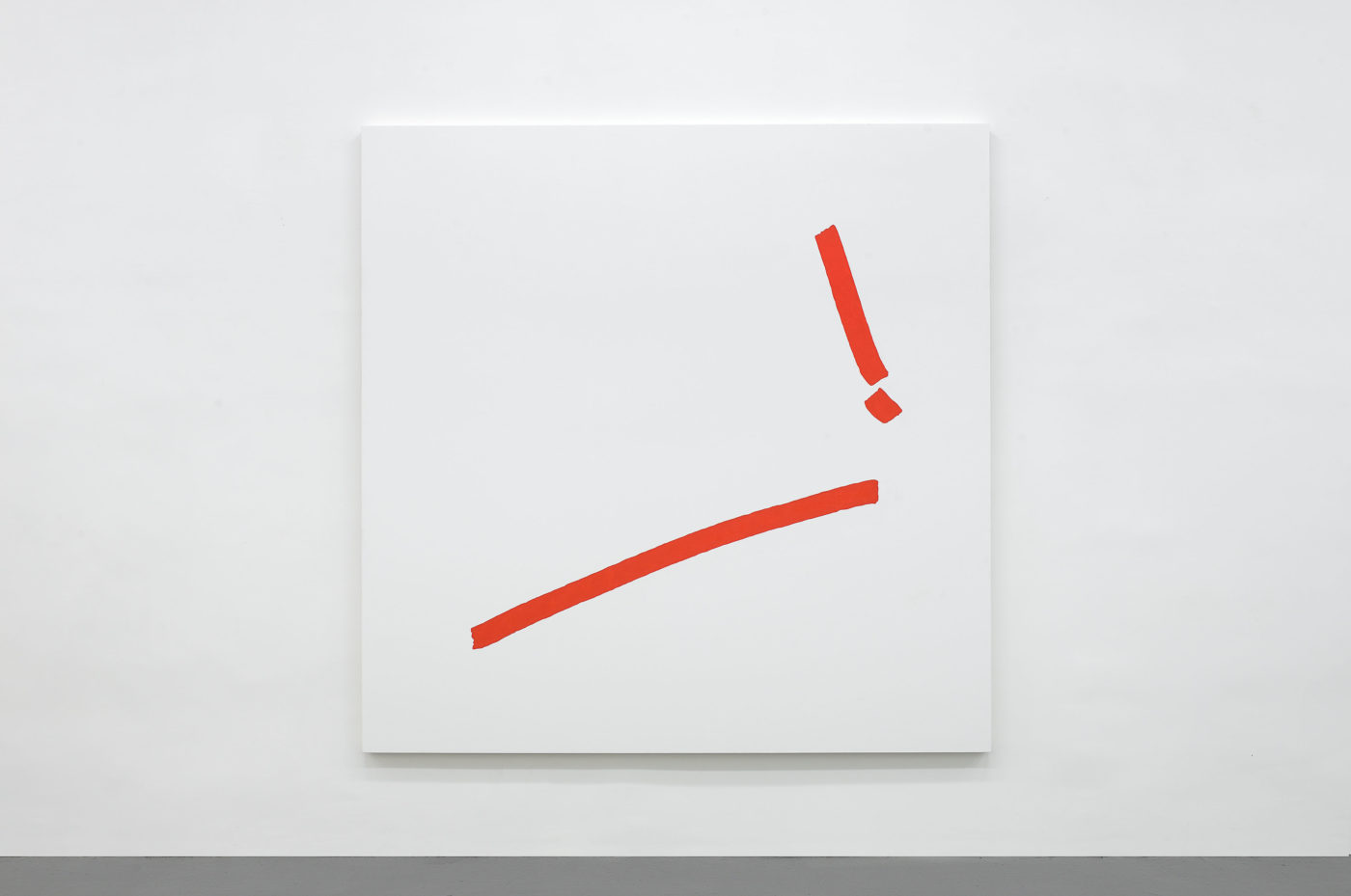 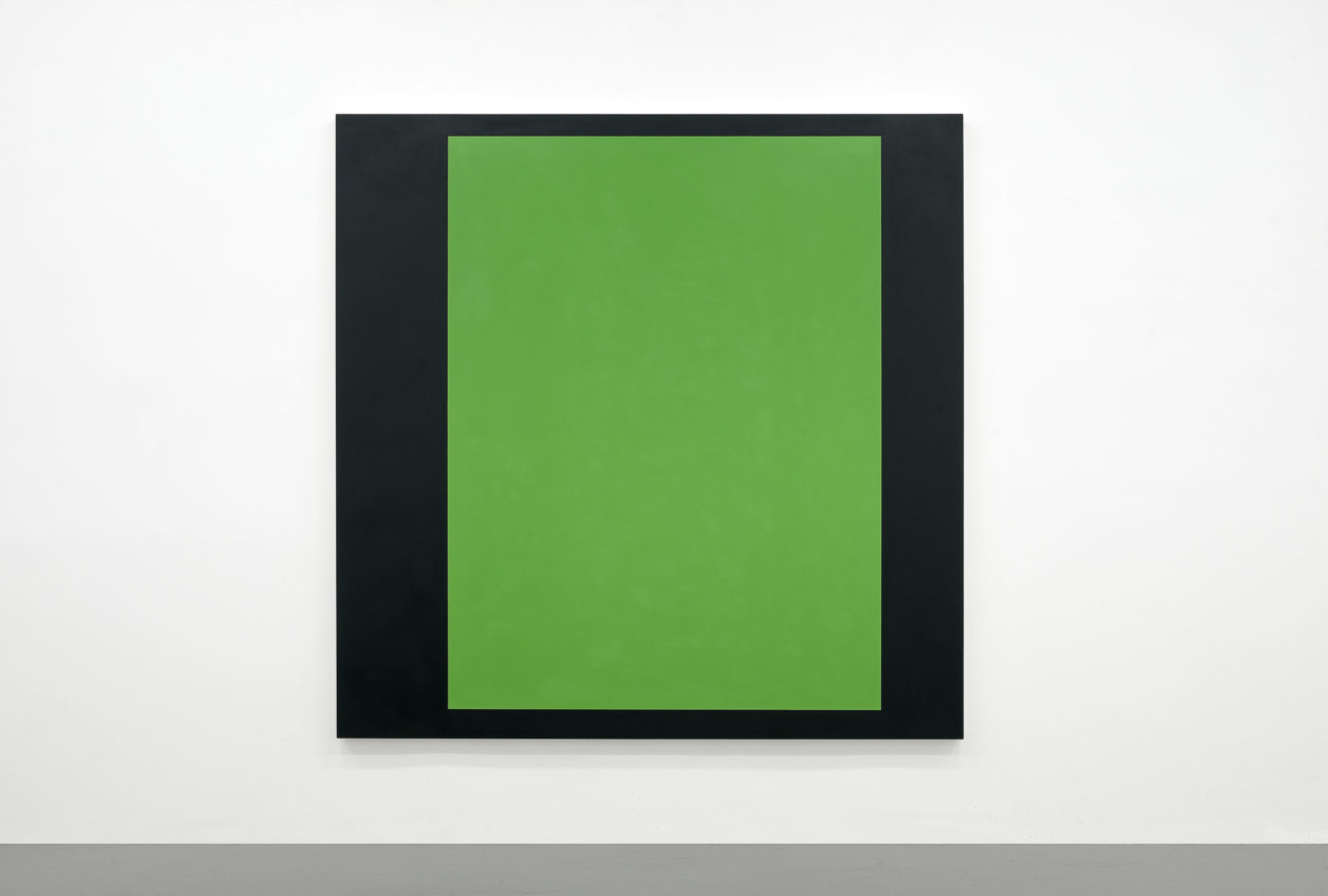 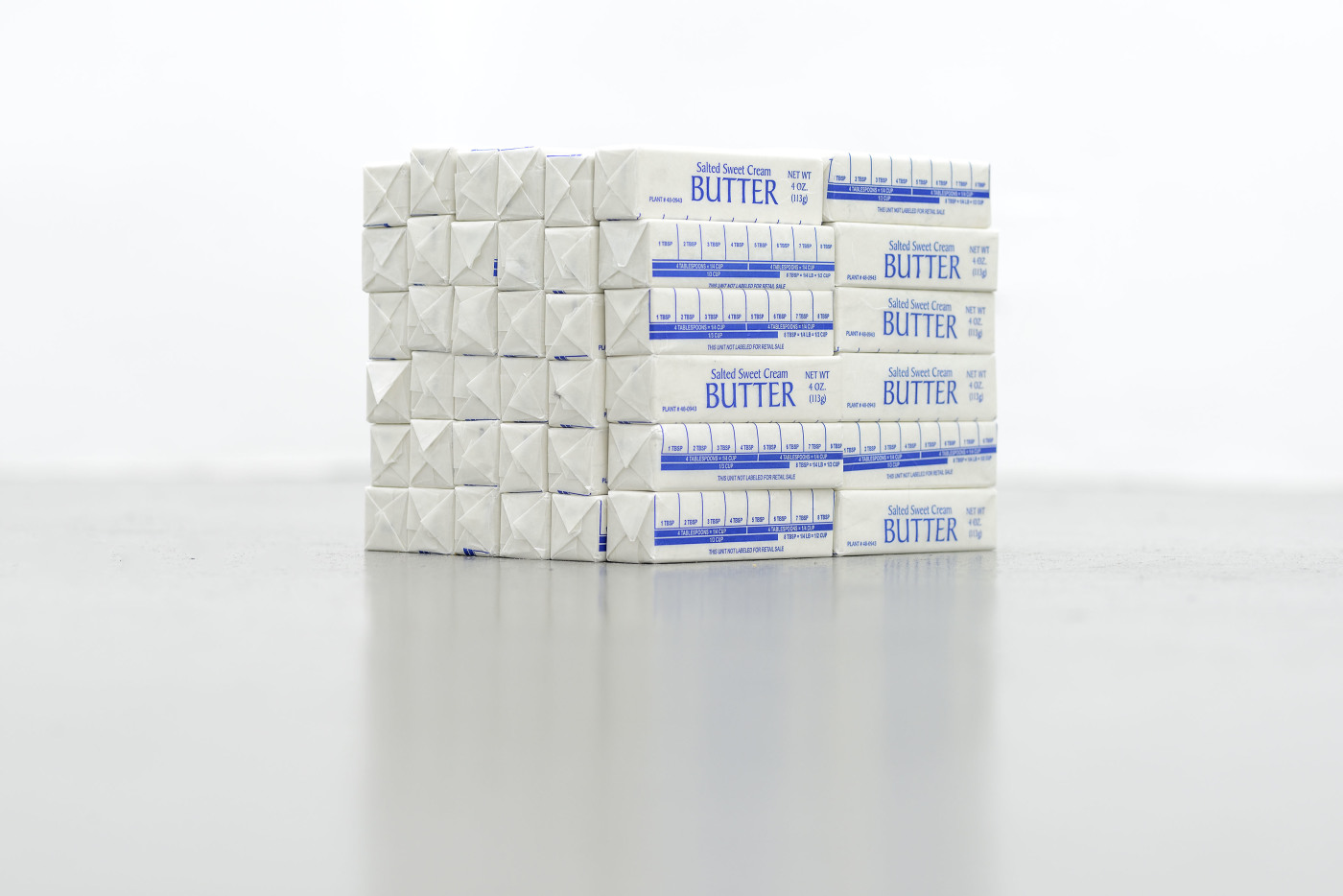 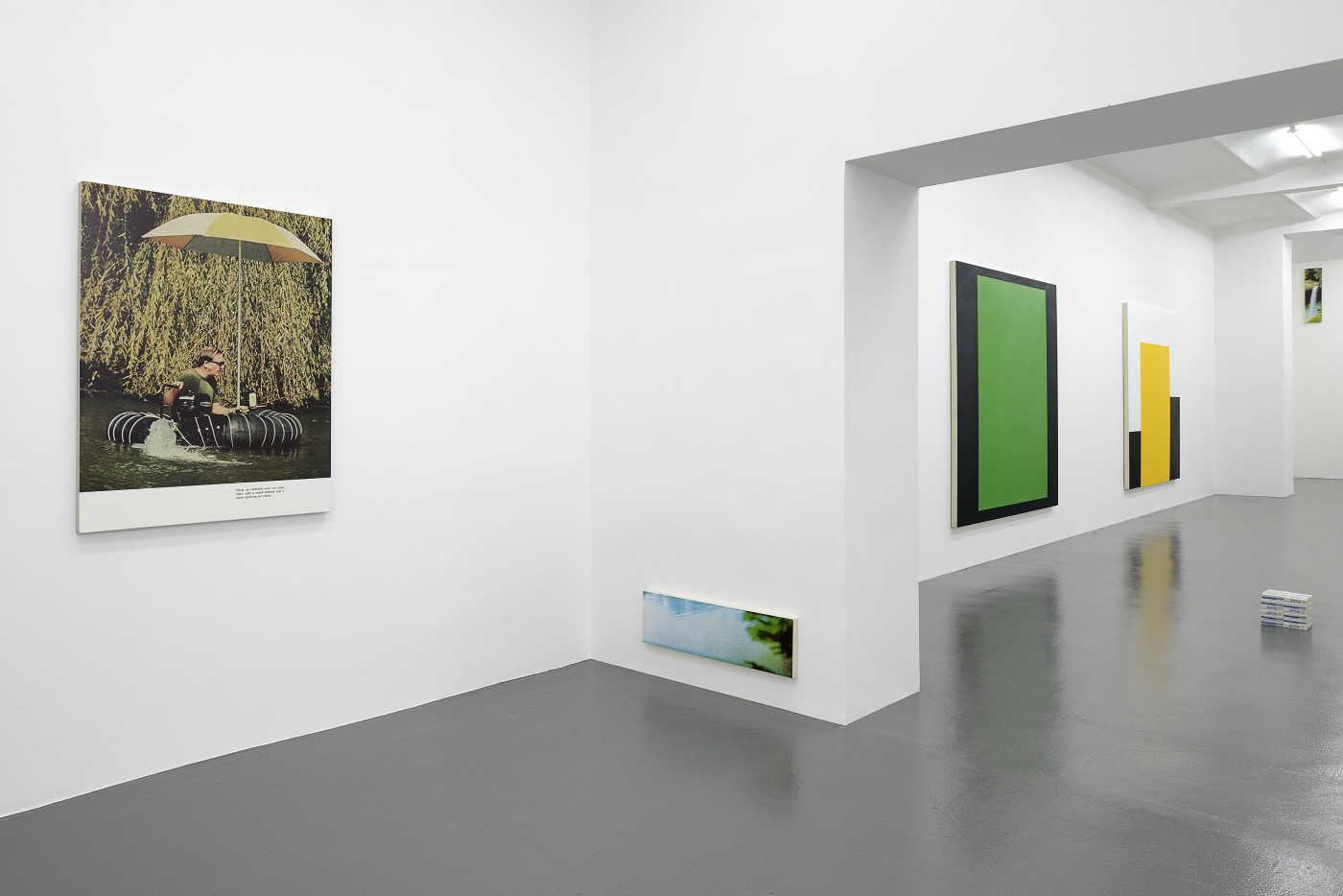 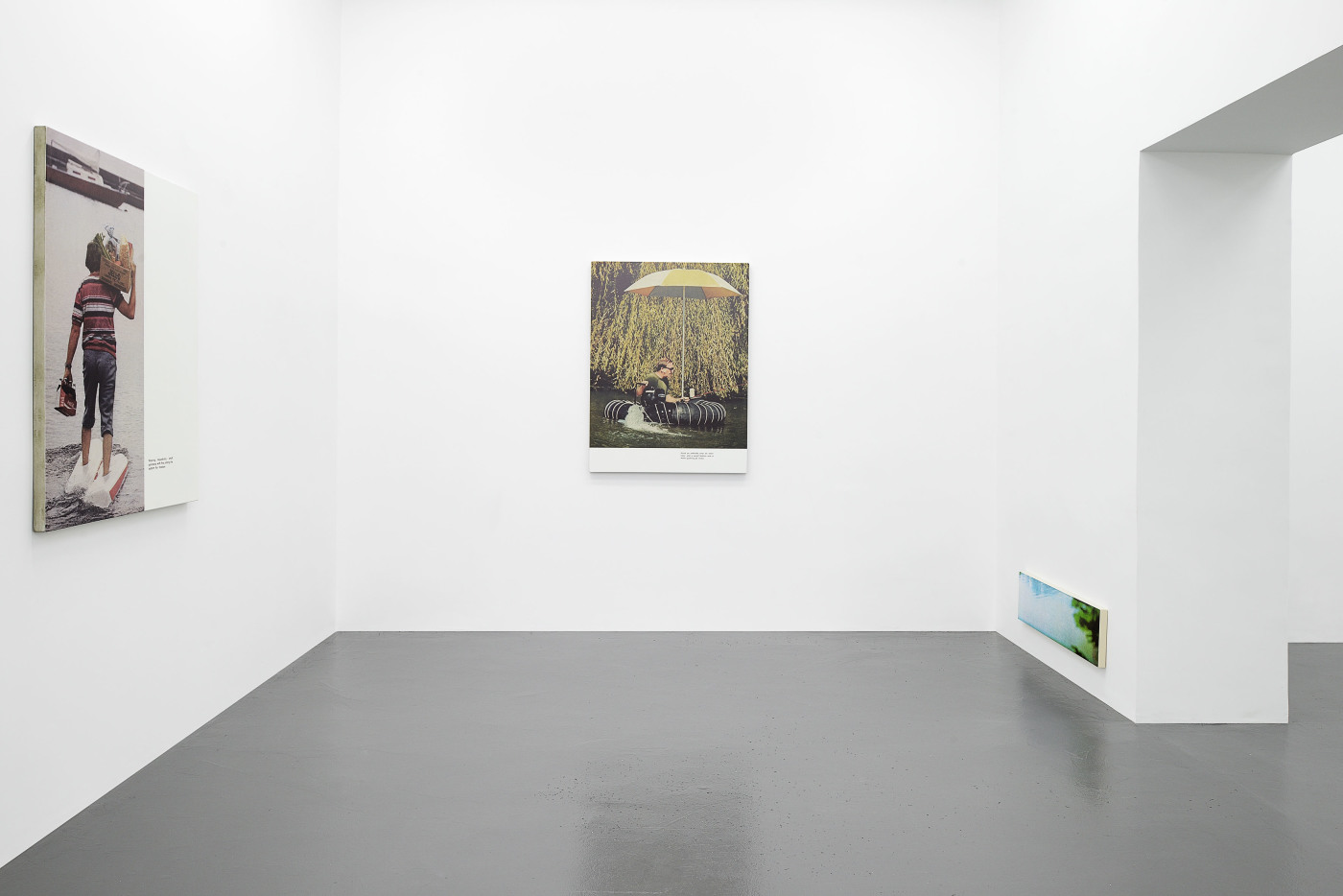 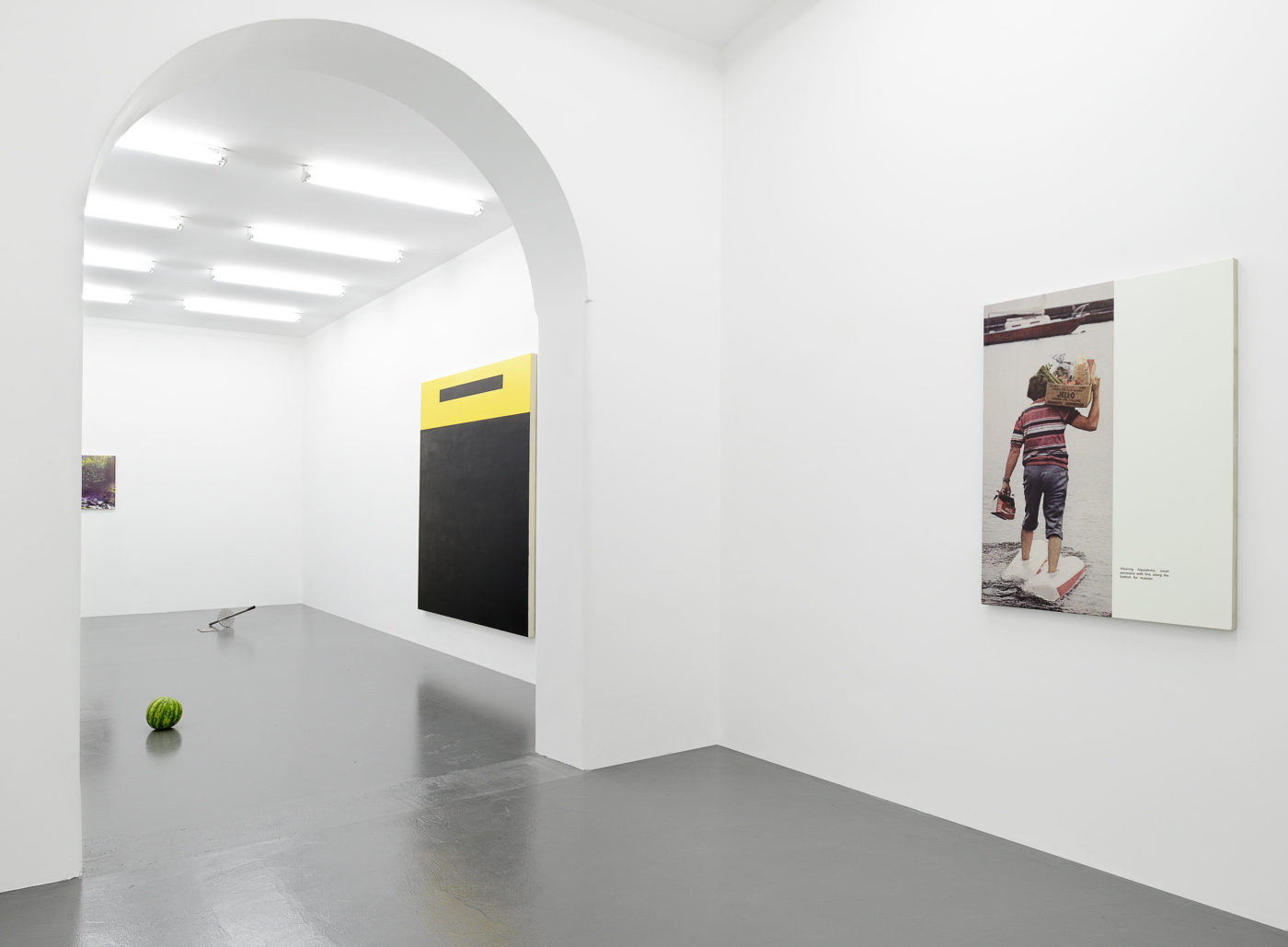 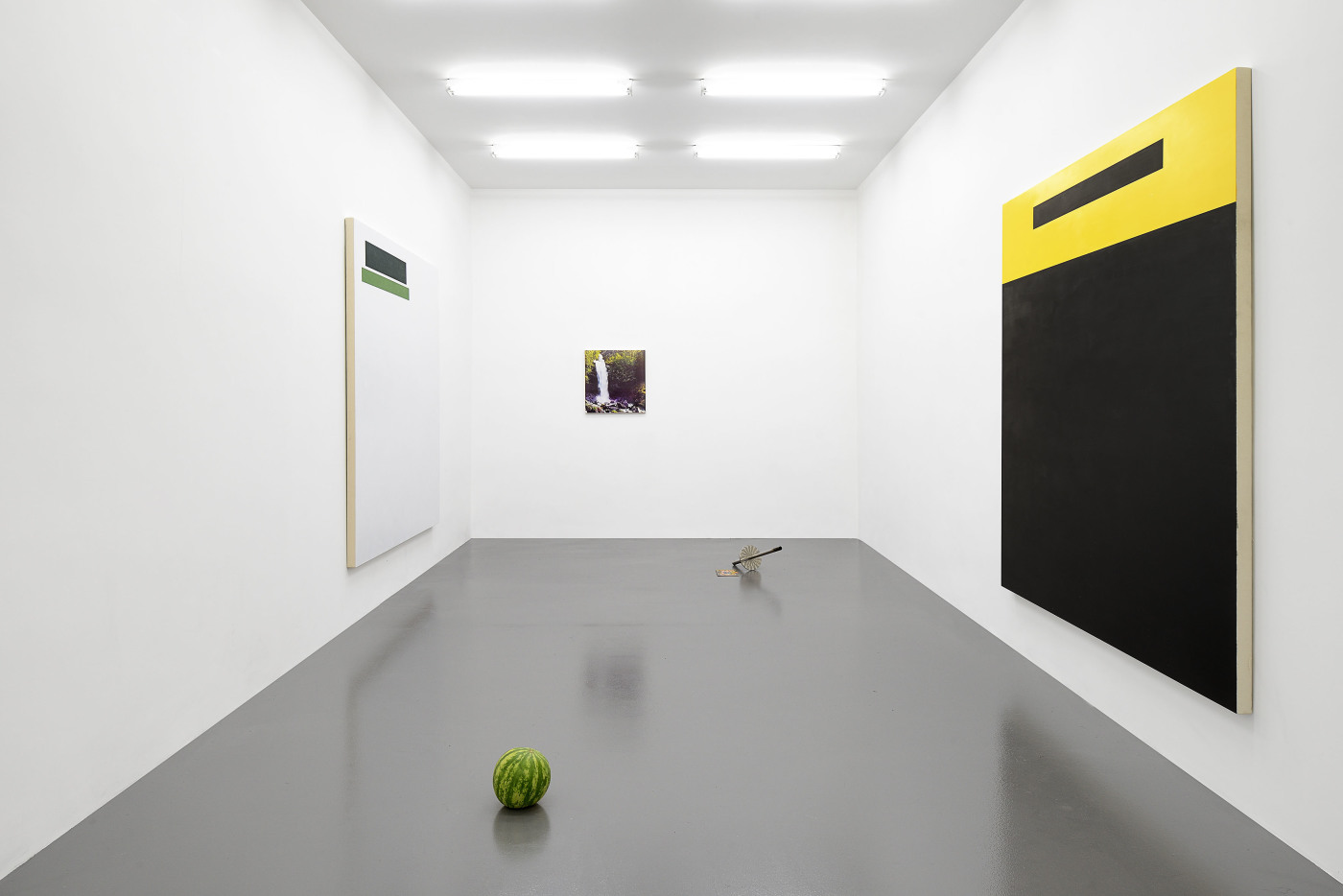 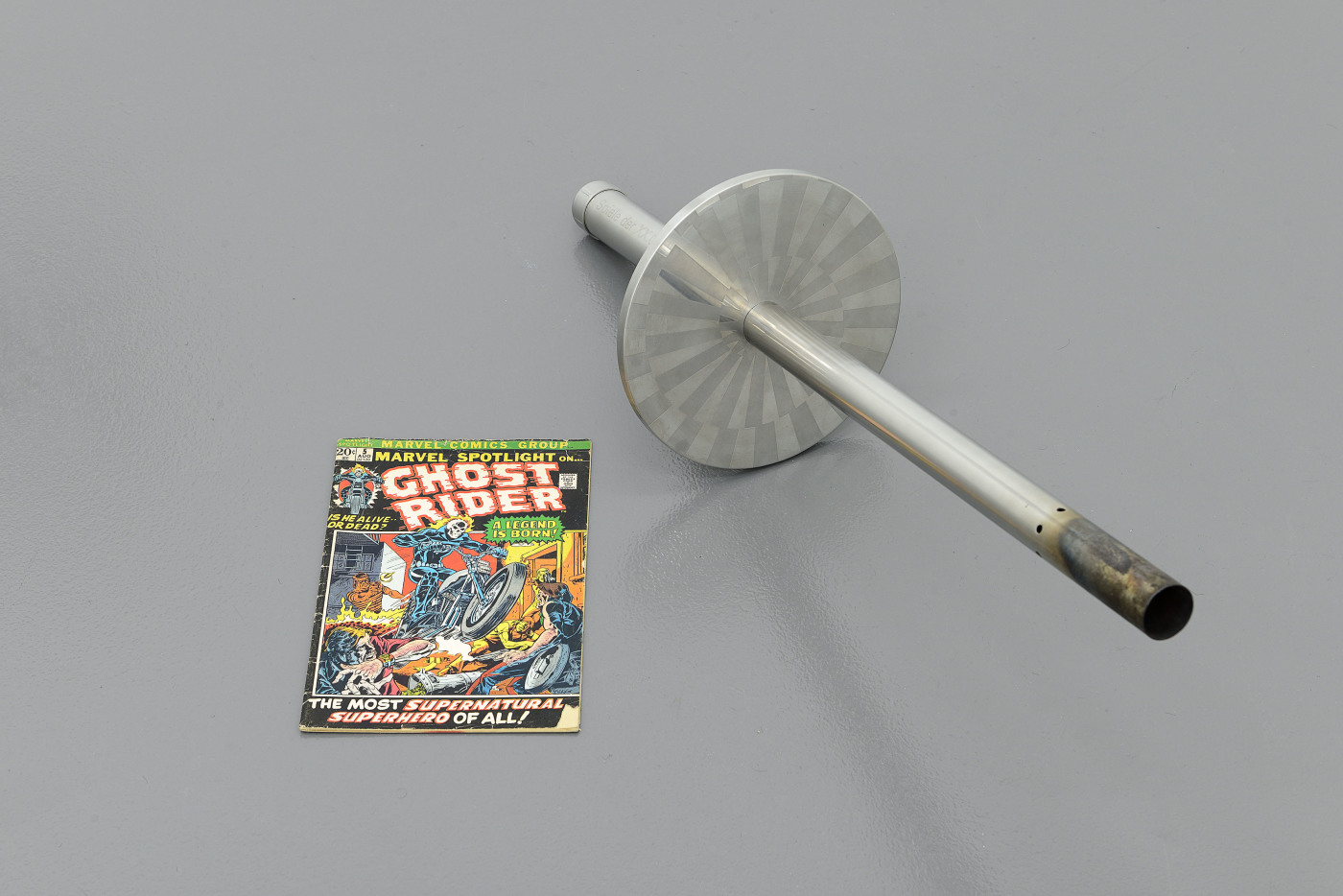 T293 is pleased to present the first-ever solo exhibition in Italy by American artist Nick Darmstaedter. Entitled T2MamaTambien, the project takes inspiration from the spirit of masculinity that shaped American cultural production in the last quarter of the twentieth century. Darmstaedter has selected 1972, a pivotal year in America’s social, economic, and political development, and the longest year in history according to the Coordinated Universal Time (UTC), as the focal point for a broader exploration of the divergent and often competing associations and expectations for the male gender.

During the leap year 1972, while the scientific community was adding two extra leap seconds to the calendar in compensation for the slowing of the earth’s rotation, men were undergoing their own critical reassessments as they faced a new array of influences from the media and the accelerated dissemination of mass culture. Presented with an expanding body of products and tastes, men were urged from all sides toward an ideal definition of manhood. Gathering and filtering his sources from advertising, popular music, films and magazines from 1972, Darmstaedter draws upon these archetypes to examine this deeper, and ultimately subjective, idea of “machismo”.

A series of five oil paintings inspired by the album covers of groundbreaking musical artists Al Green, Black Sabbath, Can, Lou Reed, and Neu! touch upon the impact that these musicians with their larger-than-life personalities had on a generation of men. Each album, released in 1972, contributed to a larger moment in which music, the most widely distributed art form, and the men responsible for its creation, played a significant role in informing the attitudes and behaviors of its male listeners.

The cinema of 1972 had an equally momentous impact on the male psyche in that year and today. Darmstaedter borrows quotes from masculine classics like The God Father and Deliverance as titles for some of the exhibited work. His sculpture, I Could Dance Forever…Oh My Hemorrhoid!, featuring 72 sticks of locally-sourced Italian marble disguised in wax paper butter wrappers, pays homage to a legendary scene from the film Last Tango in Paris, in which famed American actor Marlon Brando sodomizes a young woman using butter as a lubricant, in a theatrical gesture both intensely crude and virile.

Meanwhile, a series of silkscreens derived from generically beautiful landscapes featured in KOOLS cigarette advertisements from 1972 dissect the brand’s marketing strategies of seducing male consumers to indulge in their unattainable desires. The independence and freedom associated with wilderness cater to the stereotypical male predisposition toward exploration and ingenuity. That these values can often mutate into selfishness, is addressed by several ultra violet curable ink prints on concrete, whose images are appropriated from articles about makeshift inventions and photos of stereotypically masculine men and desirable women born in 1972. In isolating these subjects, Darmstaedter sardonically underscores man’s unsteady balance between personal pleasure and familial responsibility.

1972 also saw perhaps the greatest tragedy in sports history at the Olympic games held in Munich, where eleven Israeli athletes were taken hostage and murdered by Palestinian terrorists. Commuting All Death Sentences to Life in Prison, features a genuine 1972 Munich Olympic torch and an original issue of the first Ghost Rider comic book. The games, themselves a consummate forum for athletic achievement and masculine worth, occurred the same year in which the California Supreme Court declared the death penalty cruel, and constitutionally unjustifiable. In its new context, the torch becomes a poignant emblem for man’s triumphs, his desire for a standard ideal, but also for his immeasurable failure and the rebirth of a new vision of perfection that, as Darmstaedter suggests, each man must determine for himself.